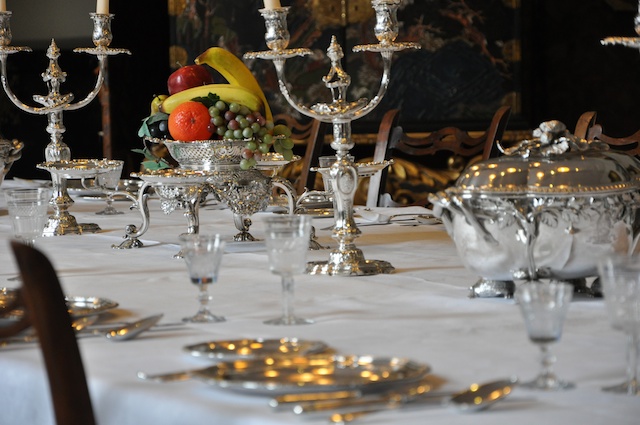 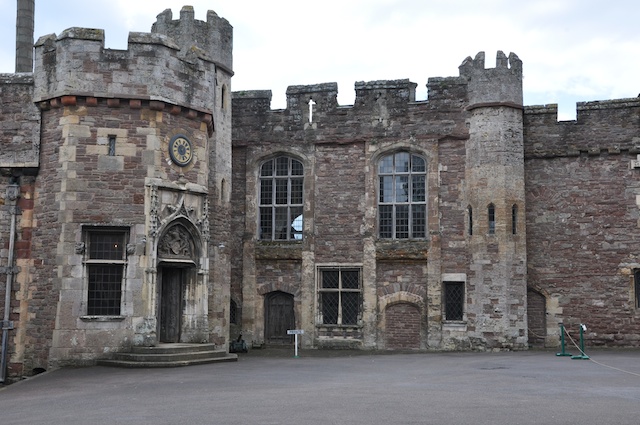 Berkeley Castle  has been in Berkeley family hands for over 850 years, and is most famous for being the site of the murder of Edward II.

The room where he was held prisoner contains a 28′ “dungeon”.  There are gruesome stories about it having been filled with rotting animal carcasses, whose fumes were to have carried him off. Records show, however, the family was paid the enormous sum (at the time) of £5 a day to keep him captive, so more likely he was kept in good comfort (until his untimely demise via other means), and the “dungeon” was a well. 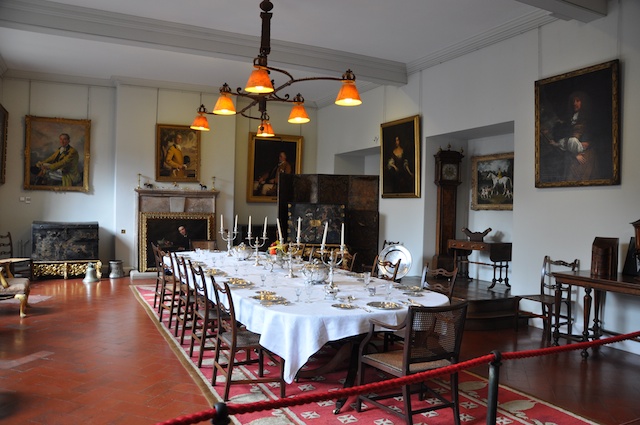 The Berkeley family still lives in private parts of the castle. The rooms open to the public are furnished in period, and one gets a very good sense of what life was like for previous occupants.  The table in the dining room, previously the billiard room, is set for dinner with Georgian silver, shown in detail in the top picture. 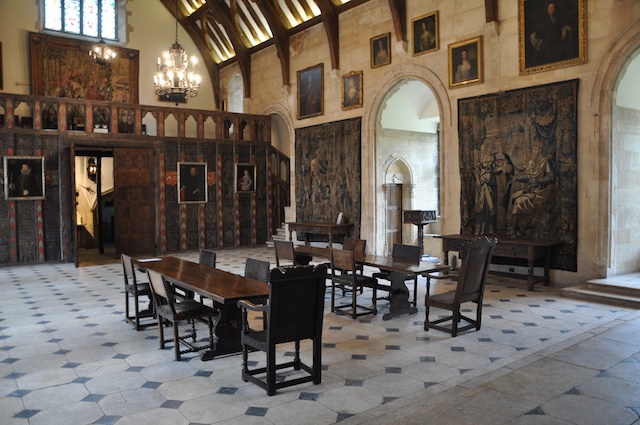 The great hall dates from the fourteenth century, and is more than 30×60 feet.  It makes a beautiful venue for a wedding. 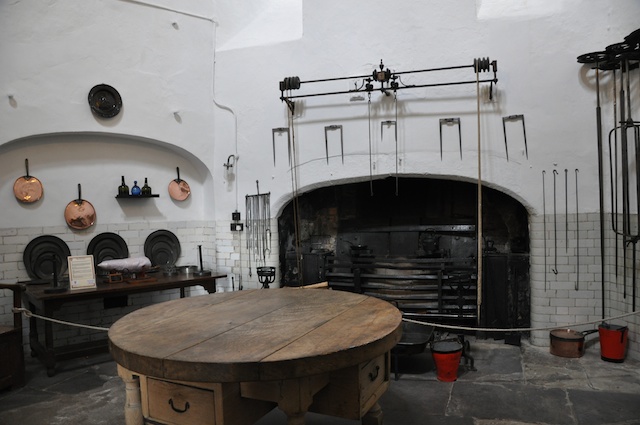 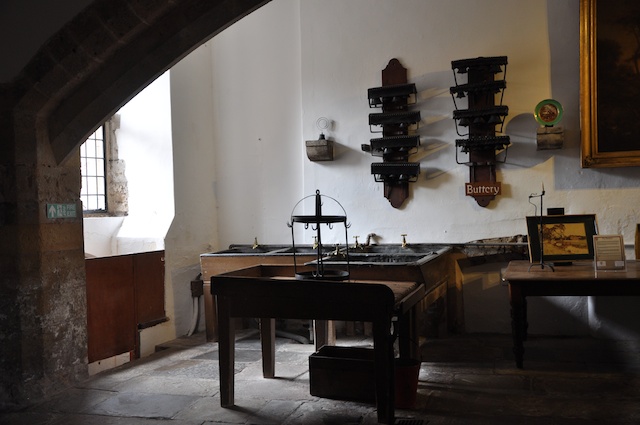 The kitchens and buttery are shown as they would have been in the 15th century.  A collection of long spits used to hold rotating meat are hung beside the fireplace.  The sinks in the buttery are lined with lead. 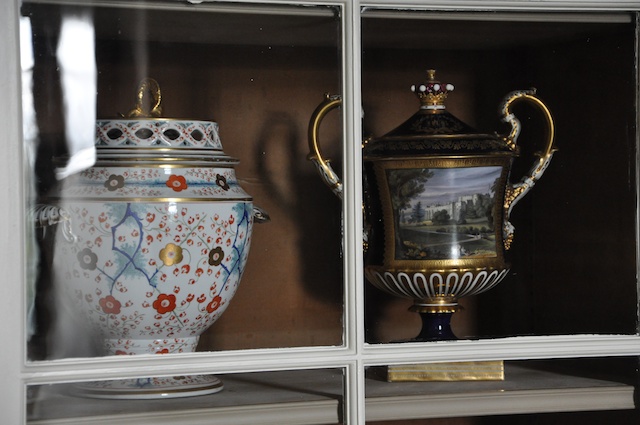 The china cabinet hold an ice-pail and a twin-handled vase,  two pieces of rare Worcester Porcelain, which were stolen from Berkeley Castle twelve years previously, and recovered through the Art Loss Register when they came up for auction. 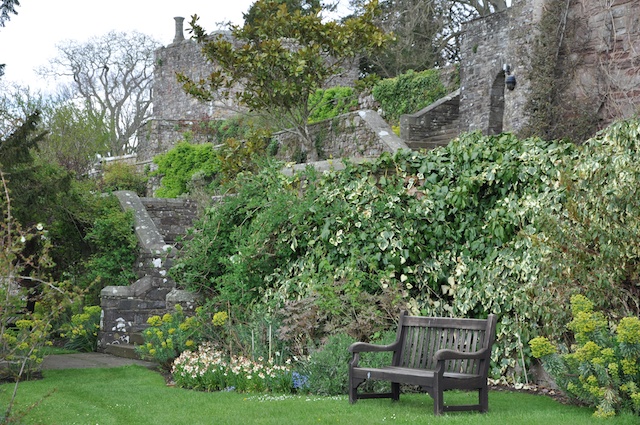 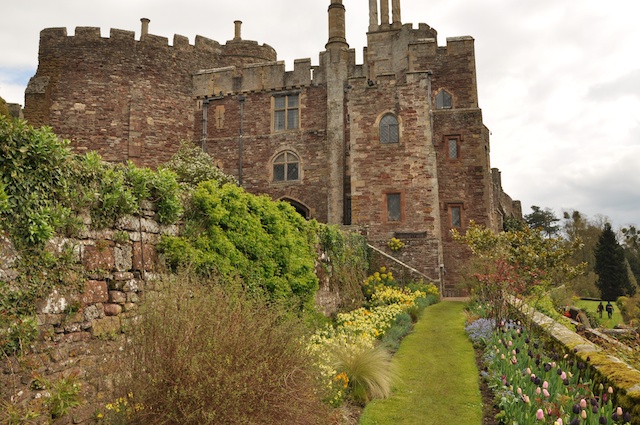 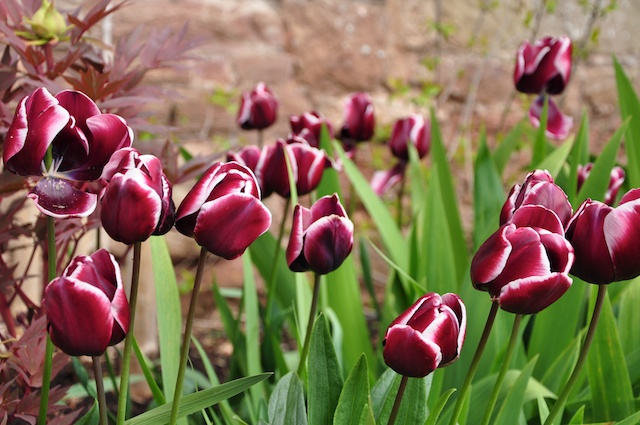 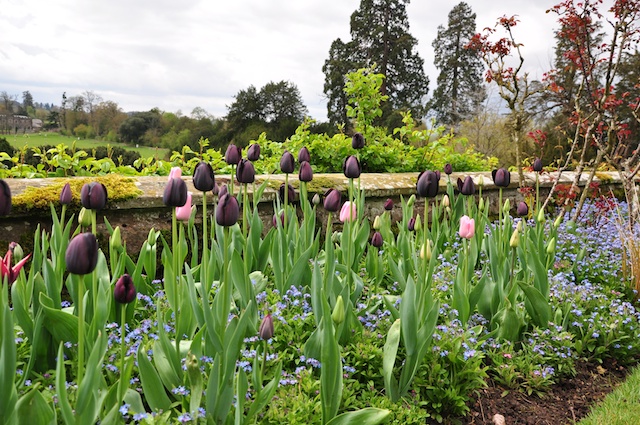 The gardens surrounding the castle are just beautiful.