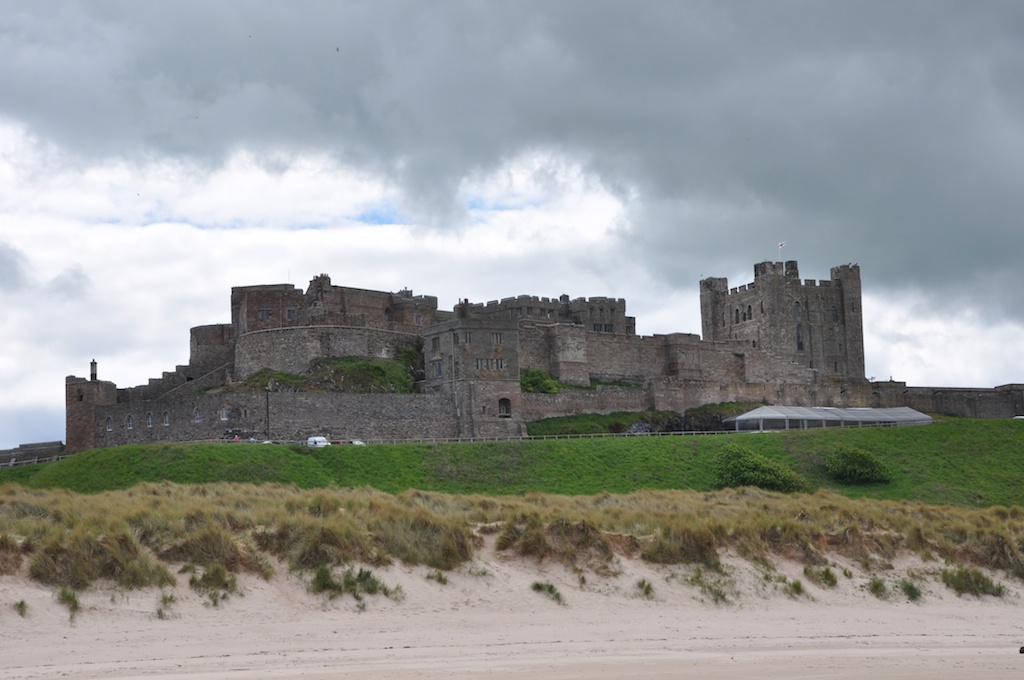 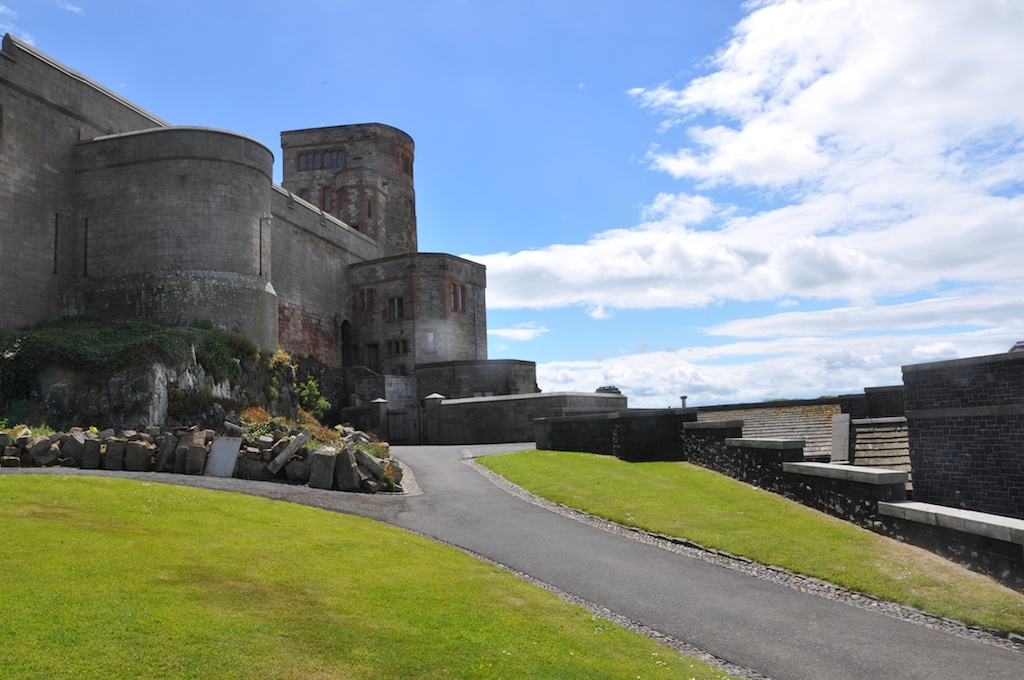 We’re back in the UK for another “slice” of England, starting this visit up in Northumberland. We flew overnight into Heathrow, picked up the rental car and headed straight north. After checking into our hotel, Eshott Hall, our first stop was Bamburgh Castle. My maiden name is Bambrough, and I’ve long wished to visit what the family has always jokingly referred to as the Family Castle. I was regretful to find that a Bambrough has not inhabited the castle since 1075 when those pesky Normans wrested it from the Earl of Bamburgh. 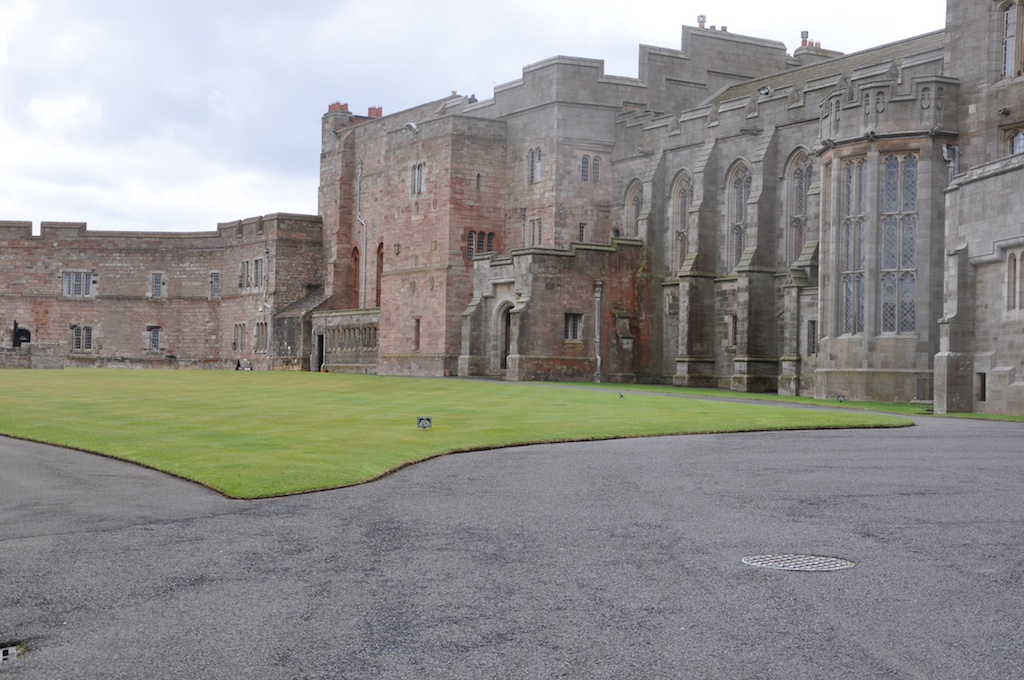 The castle’s history spans over 1400 years, from the 6th century, when the Kings of Northumbria chose it as their Royal Capital. The Vikings destroyed the original structure in 993, as was their wont. A new castle was built on the site by the Normans, and this forms the core of the present one.

In 1464, during the War of the Roses, Bamburgh was the first castle in England to be defeated by artillery, following a 9 month seige by Richard Neville, 16thEarl of Warrick. The Forster family of Northumberland served as governors of the castle for 400 years until the Crown granted ownership to Sir John Forster. After Sir William Forster  died in 1700, he was posthumously declared bankrupt. His estates, including the castle, were sold  under an Act of Parliament to Lord Crew, Bishop of Durham, (whose sister was husband to William Forster) to settle the debts.

Restoration was provided by various owners during the 19th and 19th centuries. William Armstrong purchased the property in 1894 and he completed the restoration. Still owned today by the Armstrong family, it is in impeccable condition – a truly wonderful place to visit. 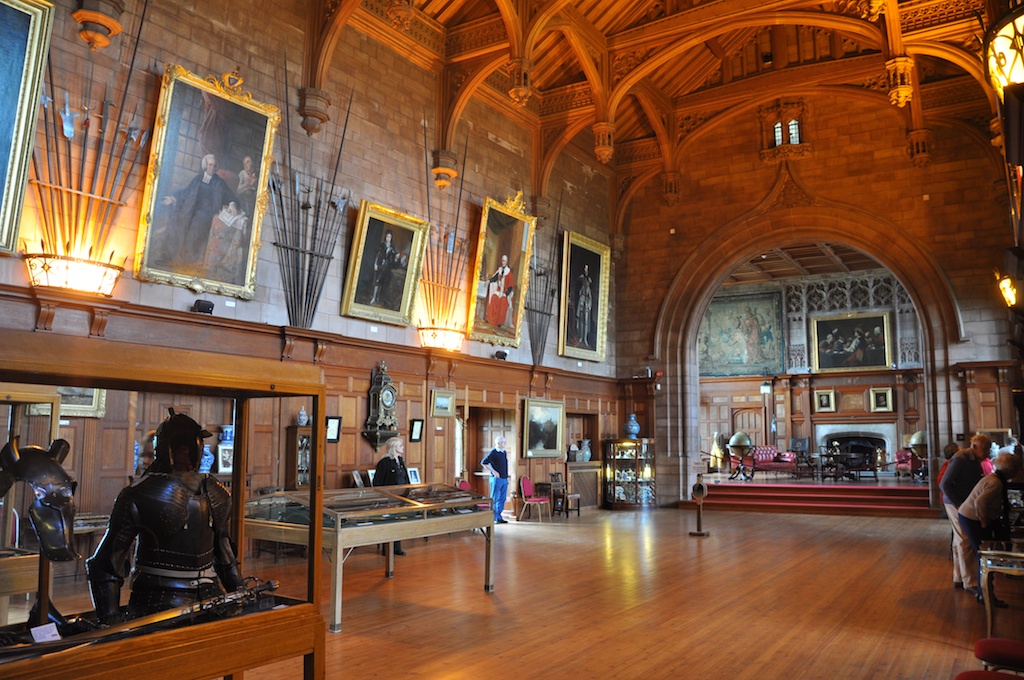 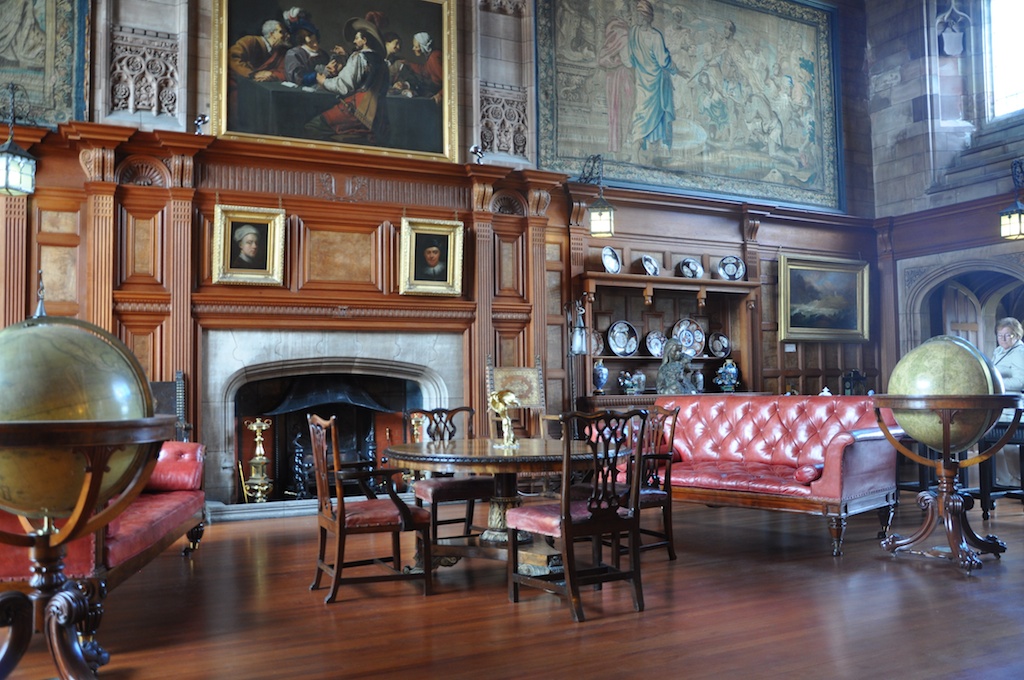 Above are pictures of the Great Hall as it appears today. 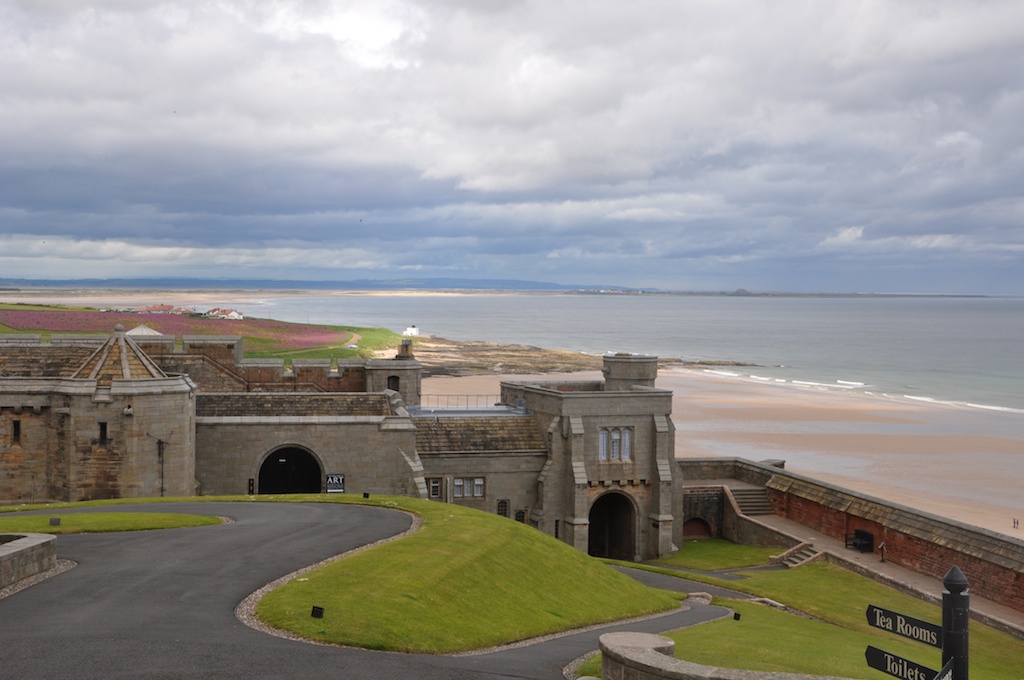 As you can see from the photos, the Castle is located right on the coast, and it looks directly out to the Farne Islands. We had a lovely walk on the beach after exploring the grounds. No wonder the guidebooks refer to Northumberland as a hidden gem – it’s truly magnificent.