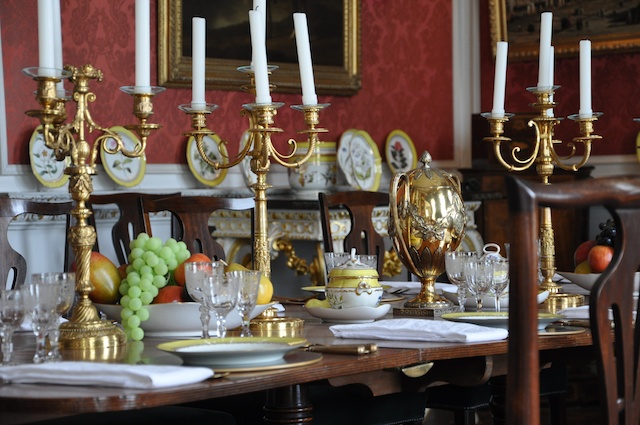 The next day we made our way over to Castle Howard. Built in large part between 1699 and 1721 for the third Earl of Carlisle, it has been in the Howard family for over 300 years.

Not a castle, per se, it was Sir John Van Brugh’s first foray into architecture (?!), for which he was not formally trained. He worked in close association with Nicholas Hawksmoor, who was a clerk to Sir Christopher Wren. Van Brugh also designed Blenheim Palace.

This 2 minute YouTube clip has some wonderful shots of both the exterior and interior.

Speaking of the interior, my eye is always primed for gorgeous table settings and Castle Howard has its share. 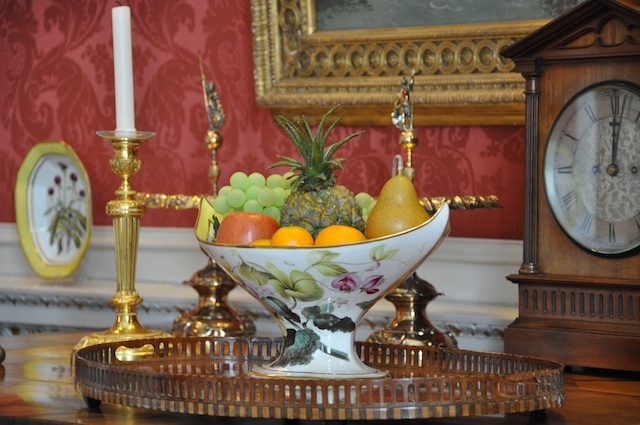 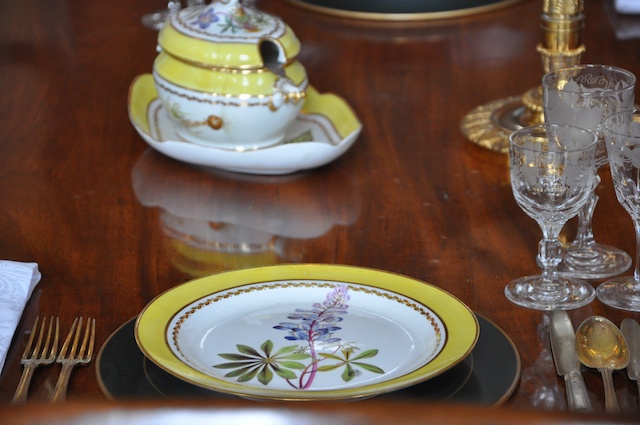 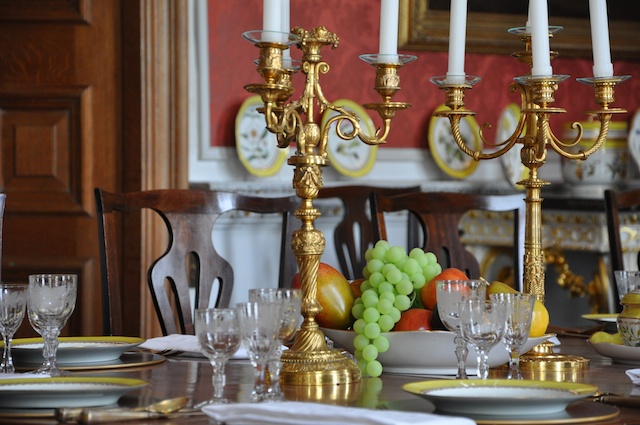 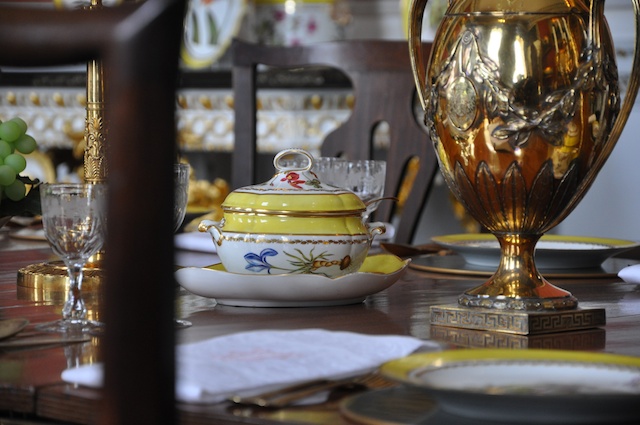 This Crown Derby dessert service from 1796-1801 is splendid. 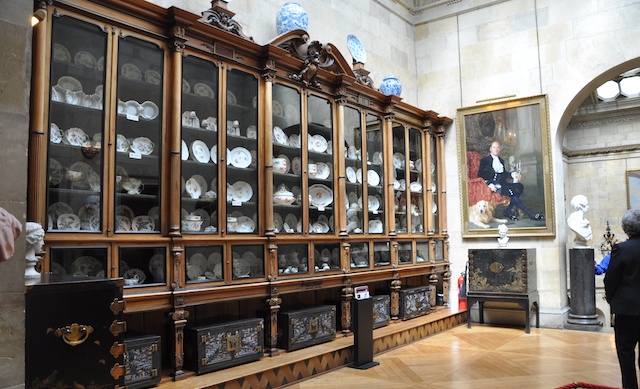 Now THIS is storage!  There are more than 300 pieces of porcelain displayed here, including pieces from the Chelsea, Meissen, Derby and Sevres factories.  Soulful sigh… 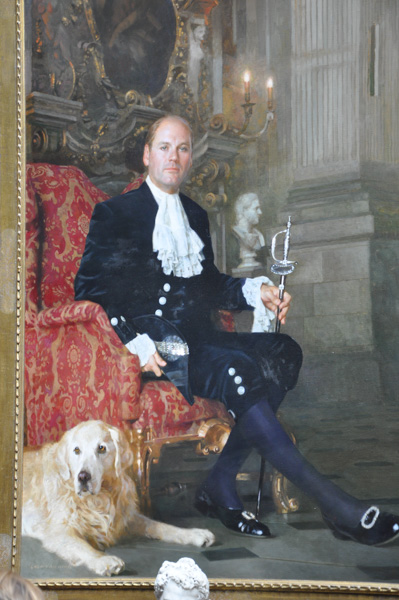 And for that casual, family feel, I also love the portrait featuring one of the family’s golden retrievers. 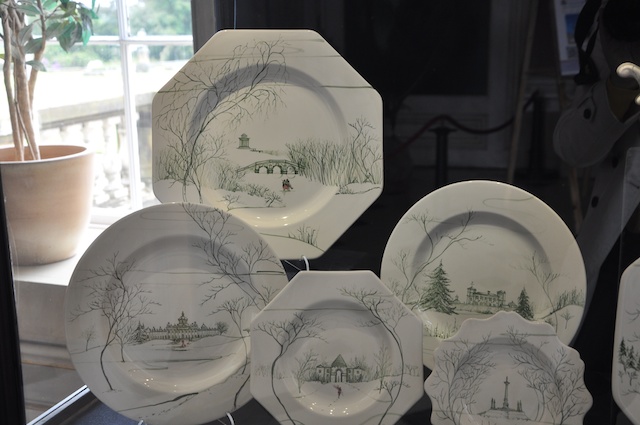 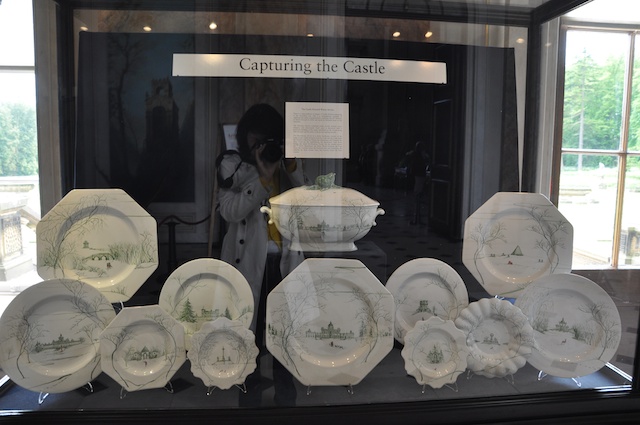 My attention was caught by this display of modern china, which looked vaguely familiar. It looked very much like Country Estate by Juliska, which I happen to have in my own collection here and here. Sure enough, it was a  bespoke set  by Deborah Sears, the designer of Country Estates. It was a gift for the current Earl for his 50th birthday. Each piece is individually designed and hand-painted, depicting scenes from the family’s life and objects significant to them. What a marvellous and personal gift.

I was immediately intrigued, and upon further investigation, arranged to meet Deborah at her studio in Oxford during the next leg of our journey. Stay tuned! 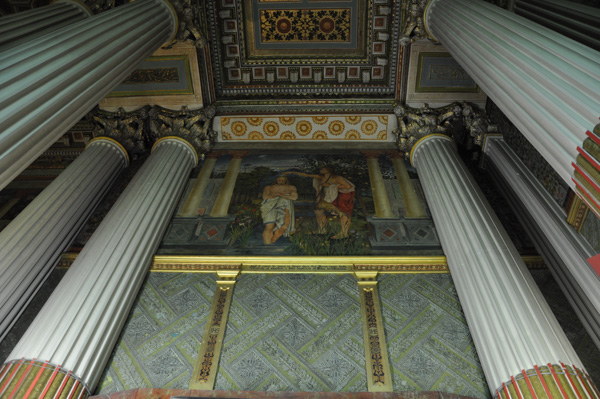 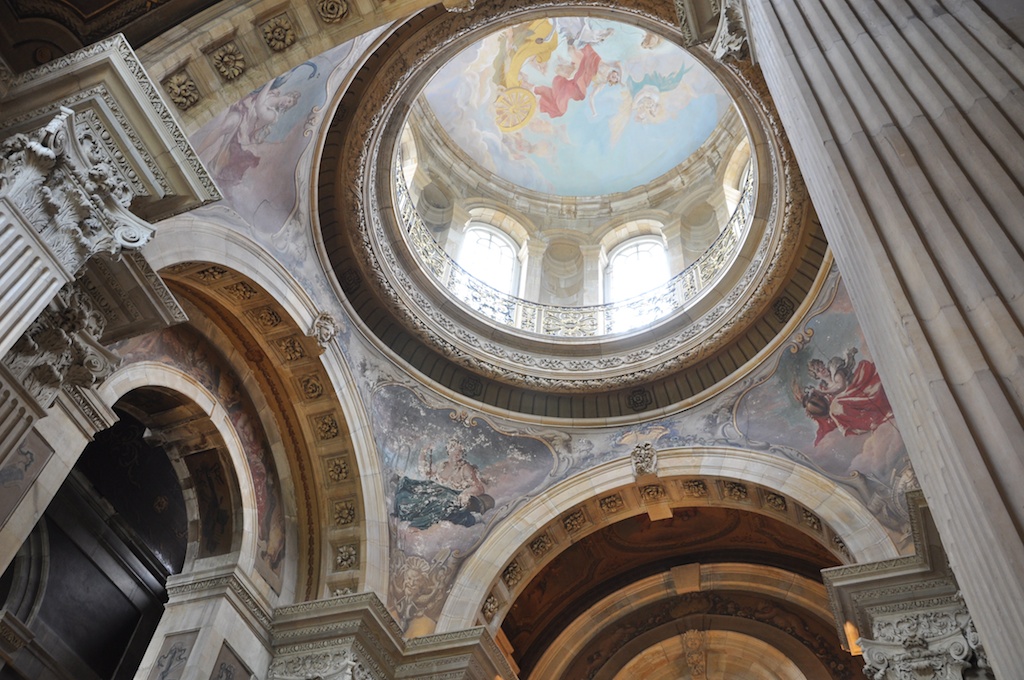 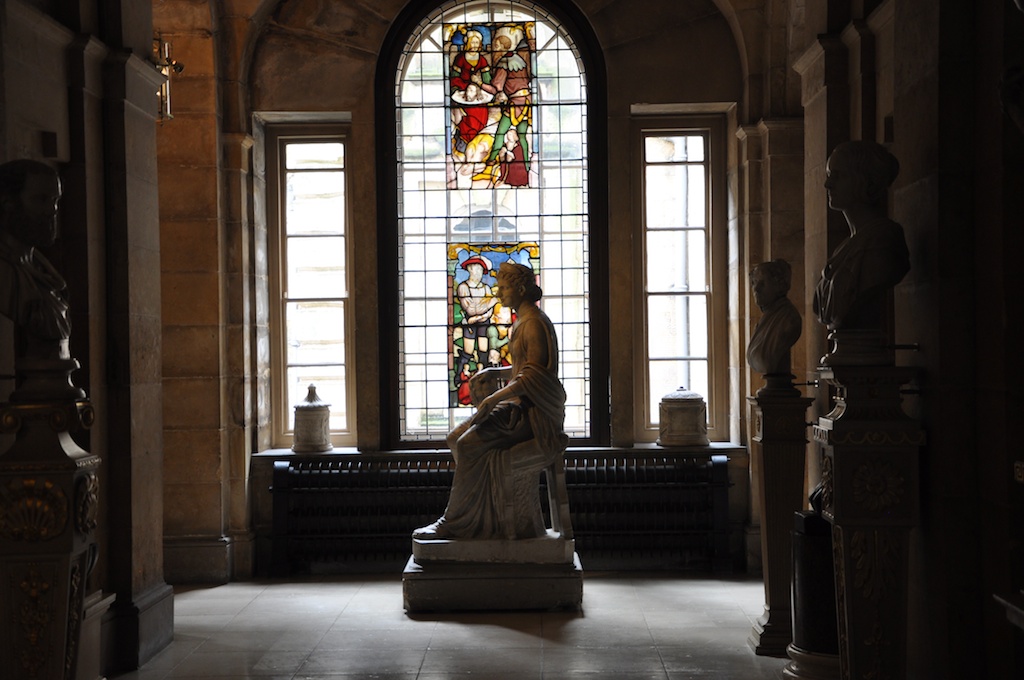 We thoroughly enjoyed touring the remainder of the house before venturing out into the gardens. 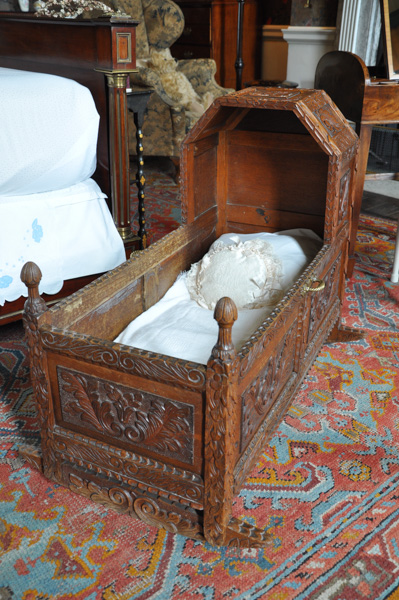 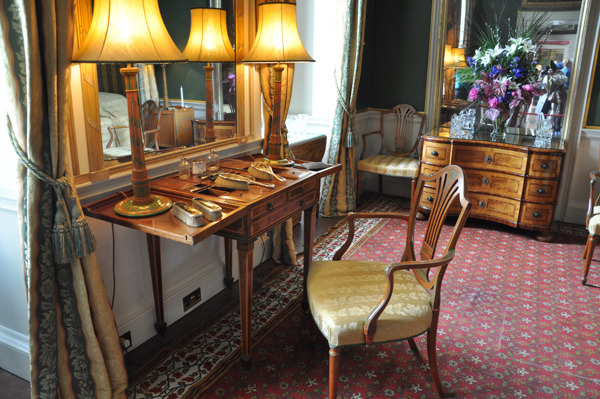 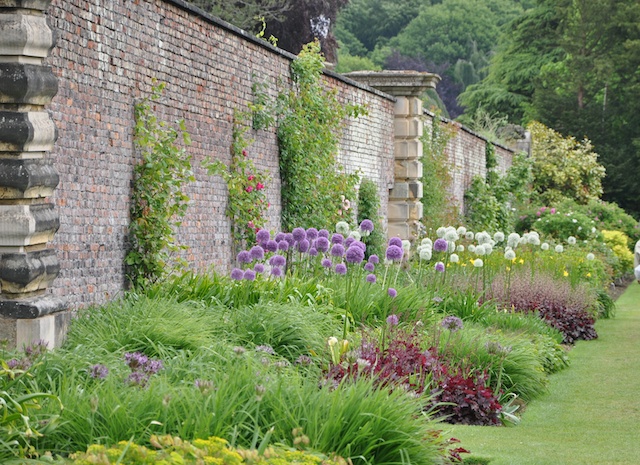 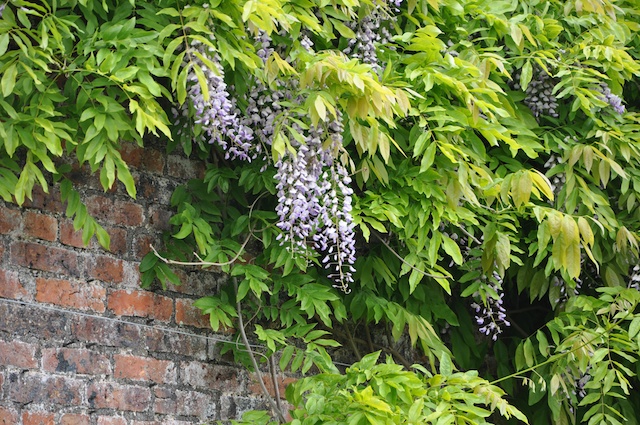 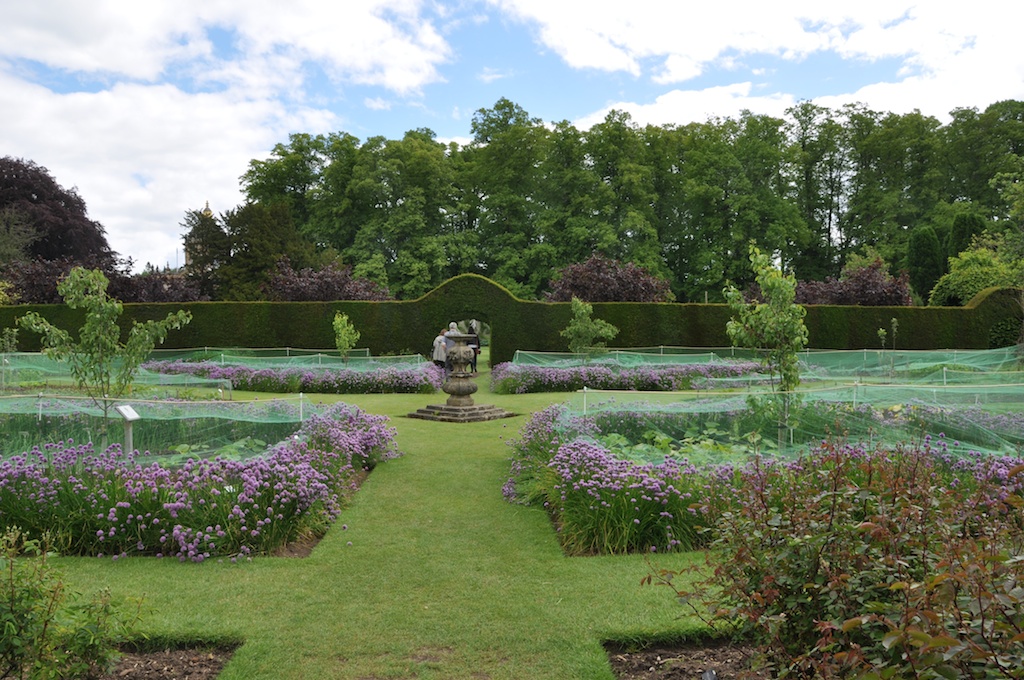 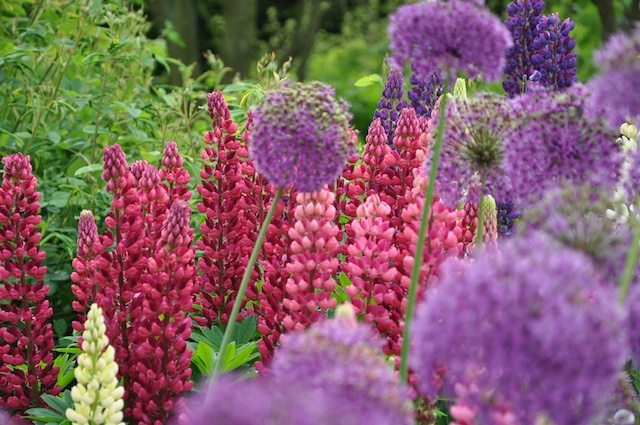 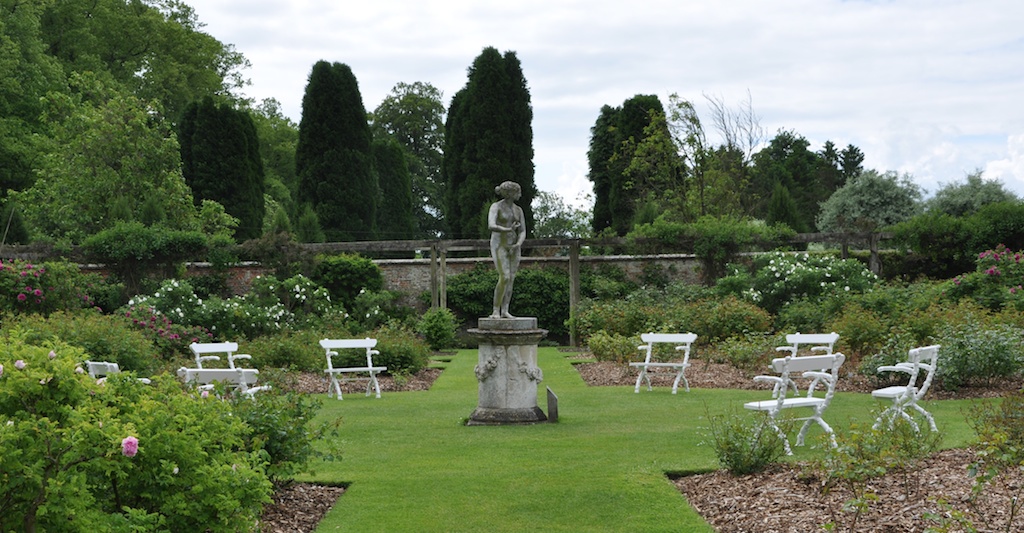 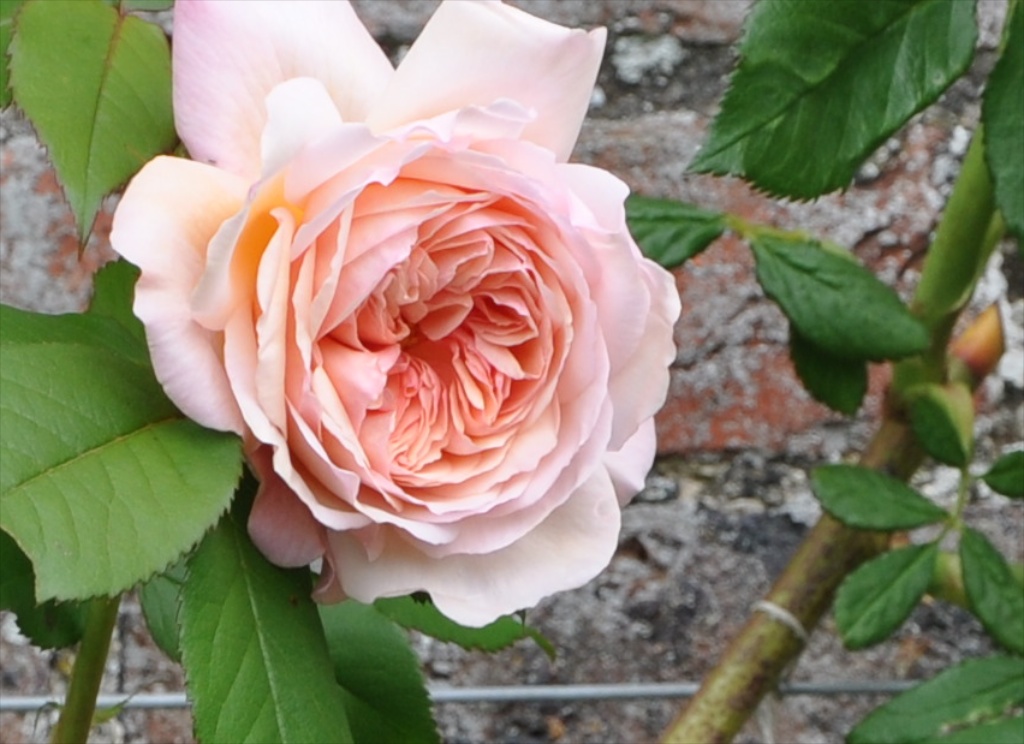 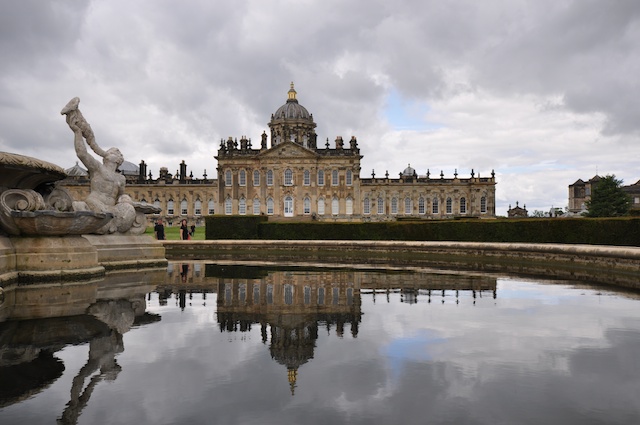 Standing back from the house, it becomes apparent that the overall effect is a bit peculiar. Although the original Baroque design called for two symmetrical wings projecting from a domed central block, the two wings as seen today are quite different. The east wing and central block were completed between 1699 and 1706. The west end of the Garden front was completed by 1709, but then things went awry.

Van Brugh’s attentions were captured with the commission for Blenheim Palace, on which work began in 1705. Van Brugh had an strained and tumultuous relationship with the Duchess of Marlborough throughout the Blenheim project and its progress was also of a start and stop nature, to put it mildly.

Van Brugh died in 1726 before the west wing of Castle Howard was started. Ultimately, that portion was designed by the third Earl’s son-in-law, Sir Thomas Robinson, in a completely different style, the Palladian. 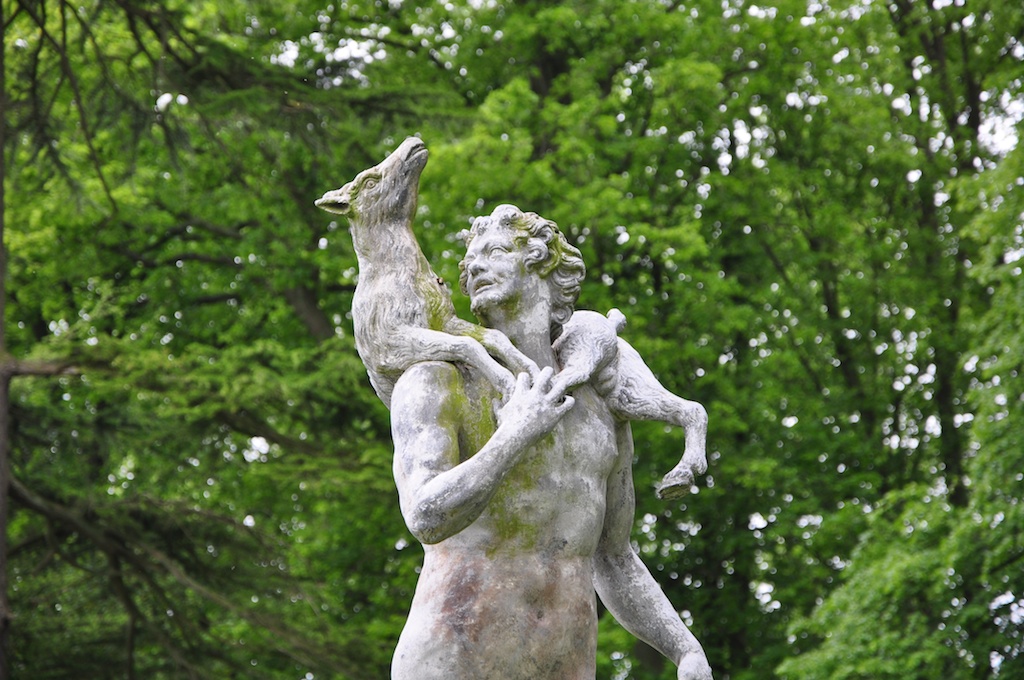 Altogether a wonderful experience, I can’t wait to return on another visit.