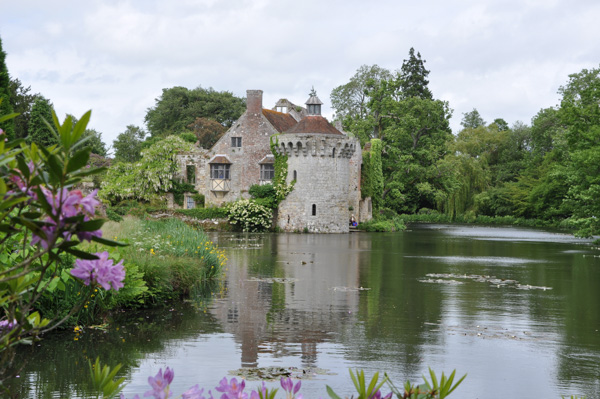 Settled in our base at Sissinghurst, we are enjoying daily forays to sister National Trust properties and other points of interest. Today our destination was Scotney Castle, a kind of two-for-one special. 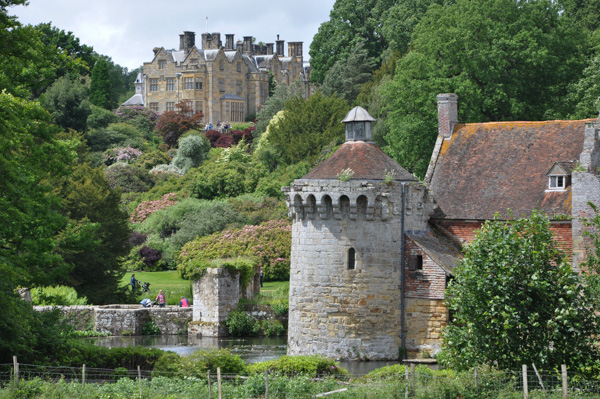 The “new” castle at the top and the original, “old” moated castle below. 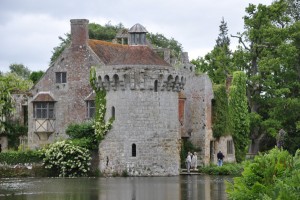 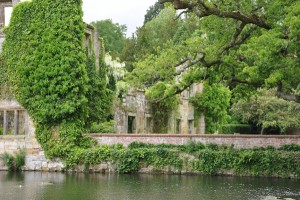 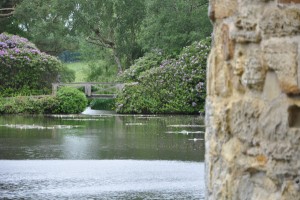 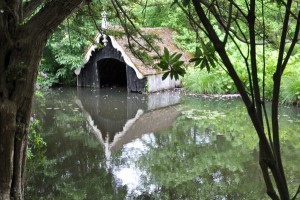 The property features an English country house from the 1840s, which was built to replace the original 12th century castle (now called the “old” Scotney Castle. The old Castle is largely a ruin, but has that essential feature in a castle – a moat!

Outside the New Castle 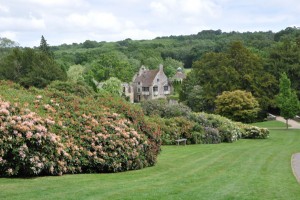 The Rhododendrons were just at the end of their season 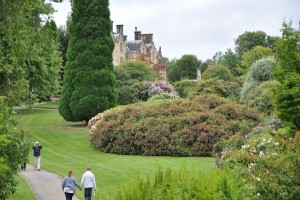 The Rhododendrons and Azaleas

The Old Castle sits in a small lake in the bottom of a large, sloping garden featuring masses of rhododendrons, which were just at the end of their display. They must have been spectacular just a week earlier. 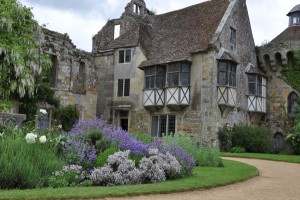 Outside the Old Castle 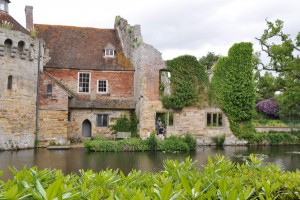 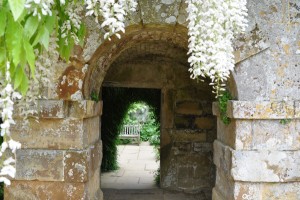 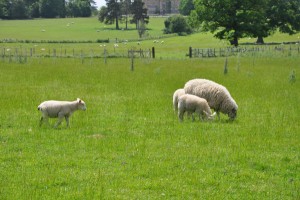 The weather looked a bit iffy, so we walked round the grounds while the going was good. Everywhere we looked there was something to enjoy. 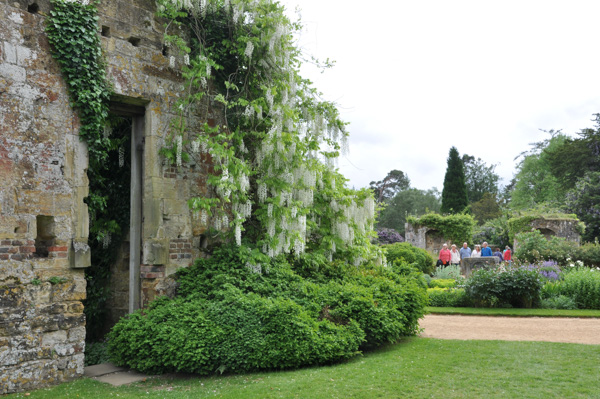 The white wisteria dripping from the castle walls was gorgeous. 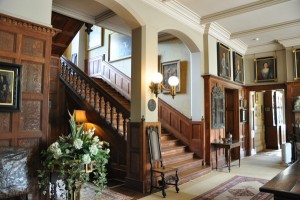 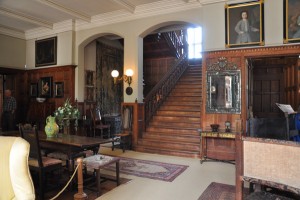 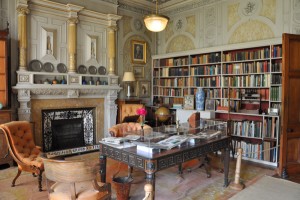 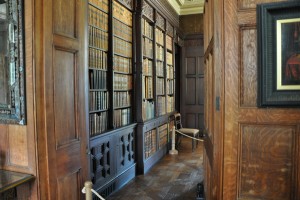 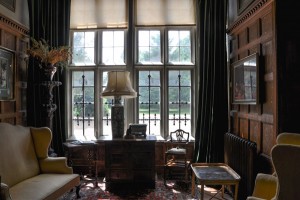 A small study off the main hall 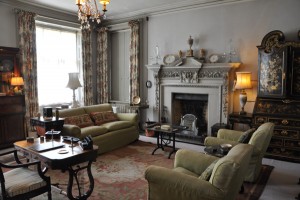 Ironically, the weather got better as the day progressed, but eventually we turned our steps toward the New Castle and explored the interior. While a bit dark, it was a friendly, comfortable home. We could see why Prime Minister Margaret Thatcher rented portions of it from National Trust during her tenure as Prime Minister to serve as a weekend “bolthole” as the Brits called it. 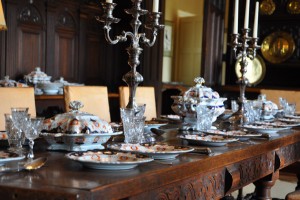 The Dining Table with featured porcelain 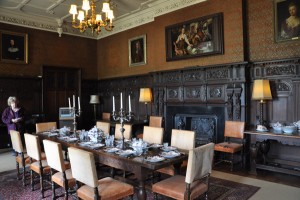 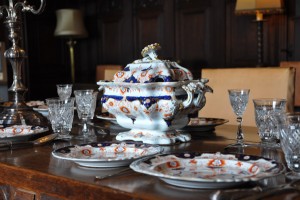 Of course, I loved the dining room, featuring a beautiful display of rust and cobalt porcelain. 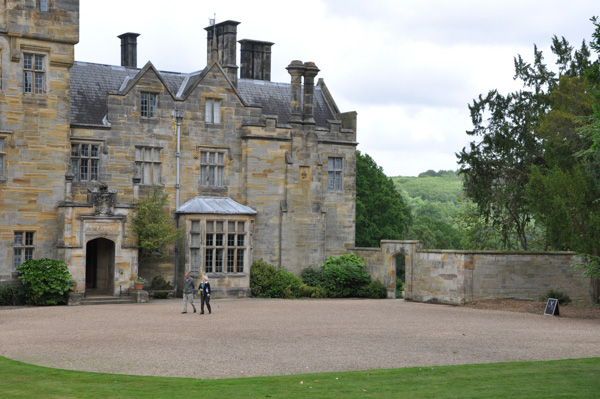 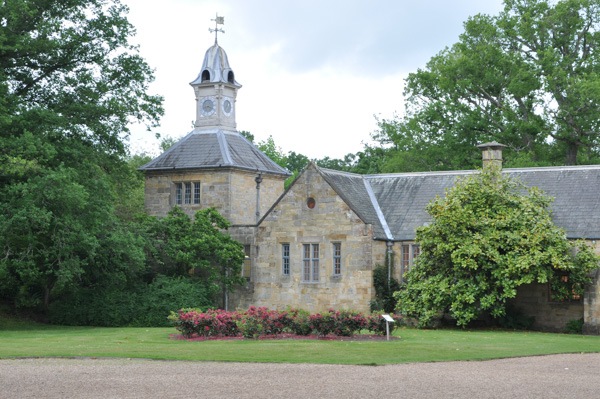 The day was well spent. Lots to see, lovely weather, two castles for the price of one (with moat). I was a happy camper.