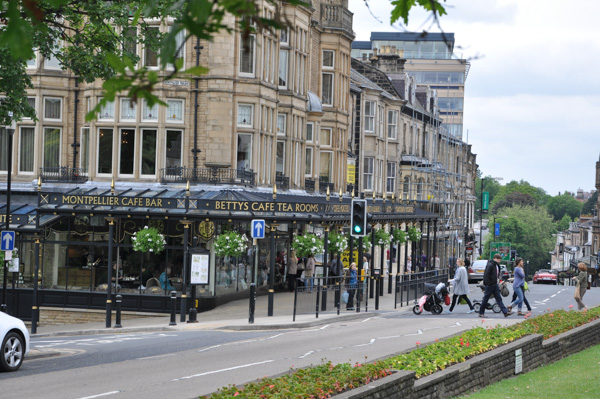 Harrogate is a very special place for me. My paternal grandparents lived there most of their married life before emigrating to Canada in the 1960s, where they took up residence next door to my family. My grandfather, George Oswald Bambrough, was a regimental sergeant major with the British army during the 1930s and WWII. After discharge, he resumed his profession as a chartered accountant and was an avid gardener and artist in his spare time; truly a renaissance man.

My grandmother, Emily Calvert Bambrough, was a gentle woman whom I never heard raise her voice in the entire time I knew her. She had, however, a backbone of absolute steel and had little difficulty managing my grandfather (and my father, for that matter, which was an even more difficult feat). It was most amusing to watch Grandpa kowtow to her every whim! She was very gifted in what we now think of as the “old fashioned” arts: knitting, cooking and homemaking. Born in 1895,  her first fiancé was killed in World War I and she seemed destined to be one of the “surplus million” women when she met my Grandfather in her late 20s. She was practical, brisk and didn’t suffer fools gladly; her tolerance for whining was close to zero. She taught me to cook, knit and most importantly, “hold household”, in other words, make do when necessary and don’t fuss about what you can’t afford. Her house was an oasis of order and calm, in which I spent many, many happy hours as a child. 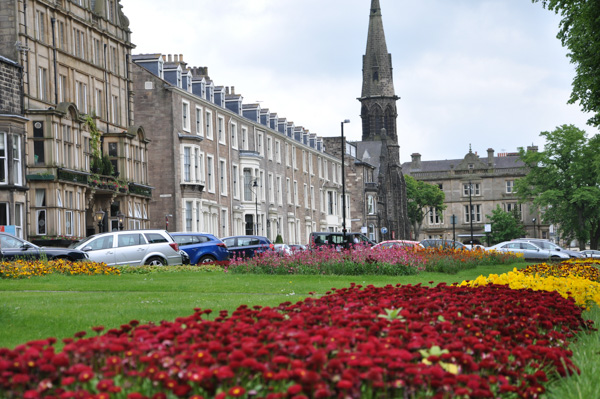 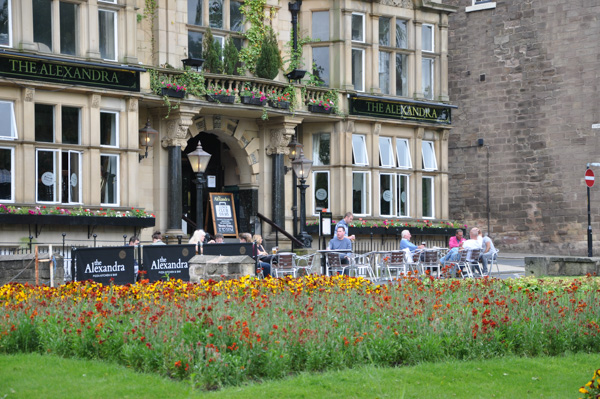 The North of England has had a rough time with economic evolution and it broke my heart to see the hardship. The historic buildings are still beautiful, however, and the gardens are breathtaking.

Happily settled in world-renowned Betty’s Cafe Tea Rooms, surrounded by Yorkshire accents, I immediately felt at home.  (Incomprehensible to all of my friends when I was growing up, I had no difficulty understanding the broad dialect, to the astonishment of my husband.  Think “The Full Monty“, I said to him. “Exactly the same accent.”). We ordered The Yorkshire Cream tea, which comprises a pot of tea, sultana scones with Yorkshire clotted cream and strawberry jam and vowed to walk twice as far the next day for dietary penance.