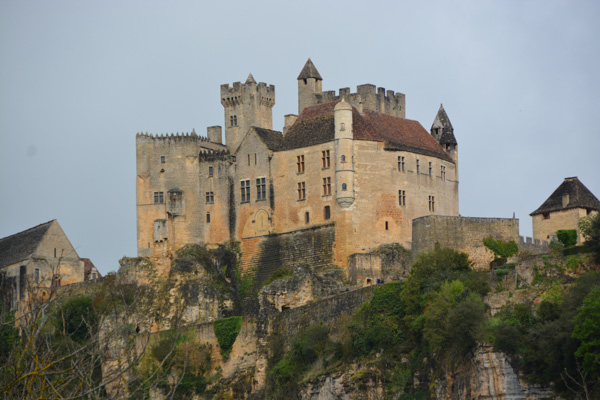 We had been awash in elegant chateaux in the Loire valley, and were interested to see that the ones in the Dordogne region were much more austere. Built in the middle ages, their purpose was defence, not entertainment and refined living. 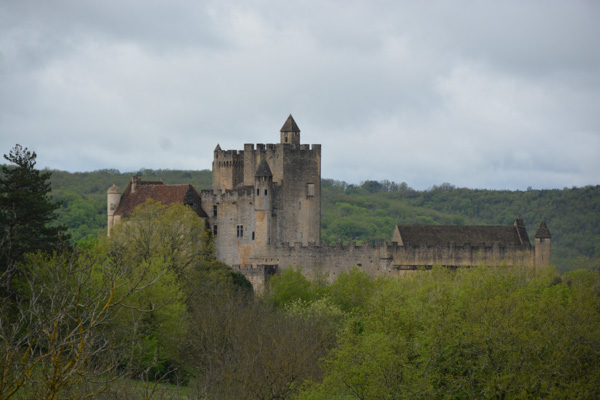 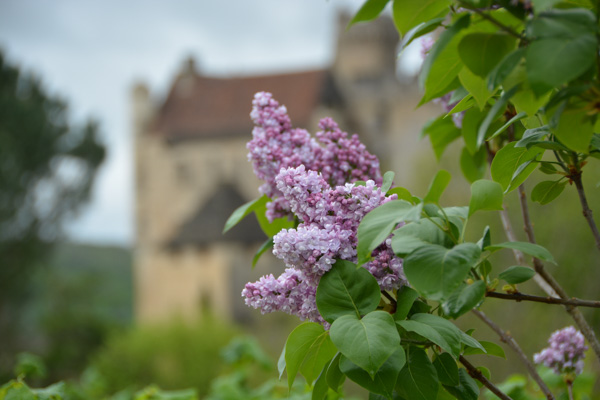 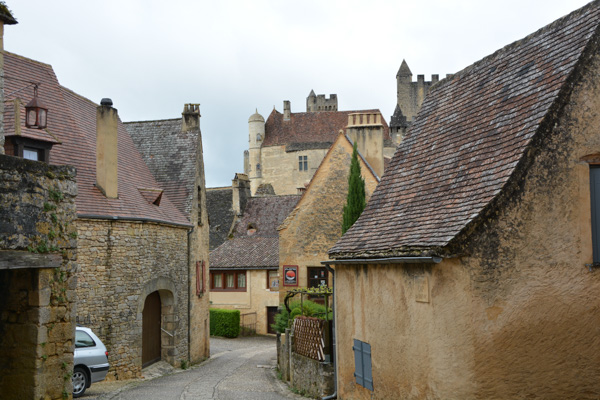 Chateau de Beynac sits high above the Dordogne valley, perched on the edge of a sheer cliff, and is accessible through a small village. 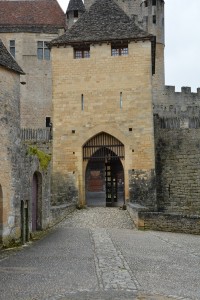 The entrance, complete with portcullis 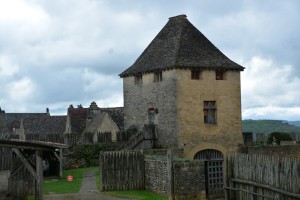 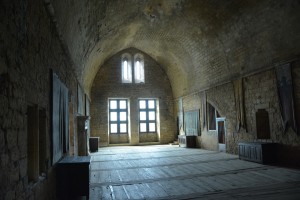 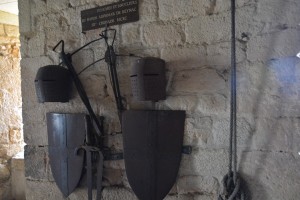 I was thrilled to discover it was a proper castle, complete with moats, crenellations, watch towers and narrow, spiral staircases.

It was purchased by Lucien Grosso in 1962 and he restored it to its present excellent condition.  Parts of it date from the 14th, 15th and 16th centuries.  It has been the location for a number of films including Joan of Arc, and the village below the Chateau was the location for Chocolat. 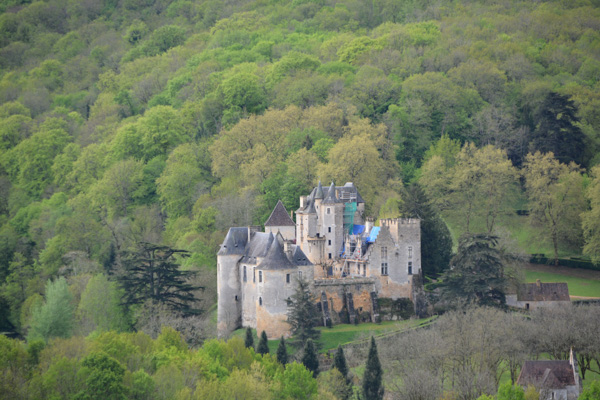 Chateau de Beynac was held by the French at the outset of the Hundred Year’s War. Chateau de Castlenaud (shown above), in the valley on the opposite side of the river, was held by the English.  These two castles were the site of many skirmishes between the French and English throughout the war and changed hands numerous times, mostly through plots and intrigues as they are both incredibly well defended. In fact, one of the first few barons of Chateau de Beynac was Richard the Lionhearted. Chateau de Castlenaud is also very well preserved, and has many examples of weaponry, including a number of trebuchet.  I was in the throes of a nasty cold, however, and didn’t feel quite up to a further two hours in an another exceedingly drafty castle, and was forced for forgo exploration of this treat. 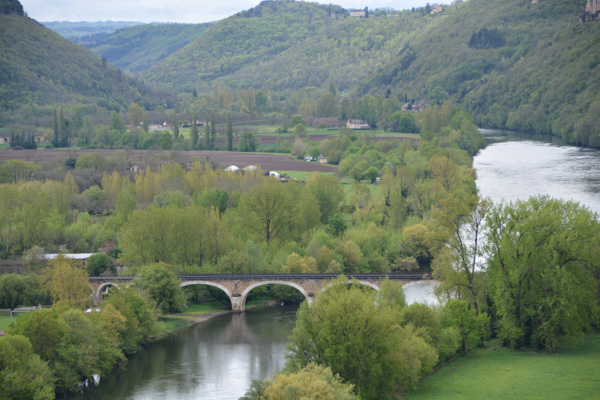 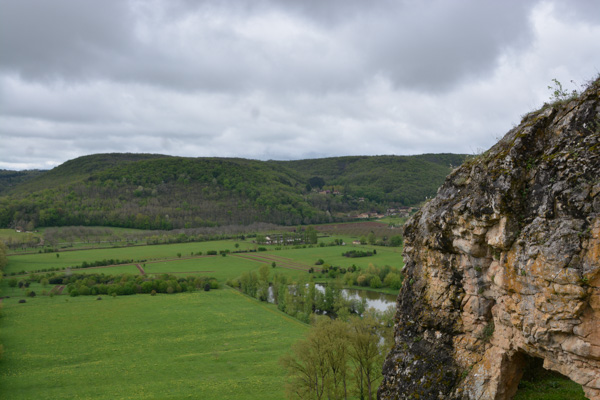 The Dordogne river valley is wide and lush; the views from the castle were stunning. 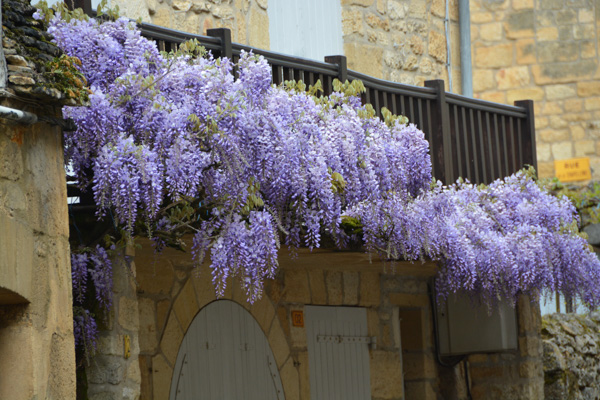 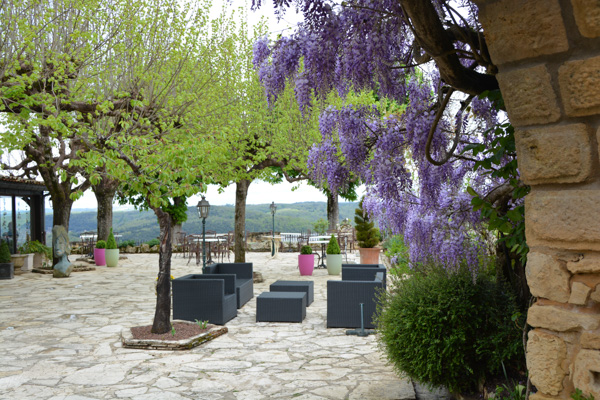