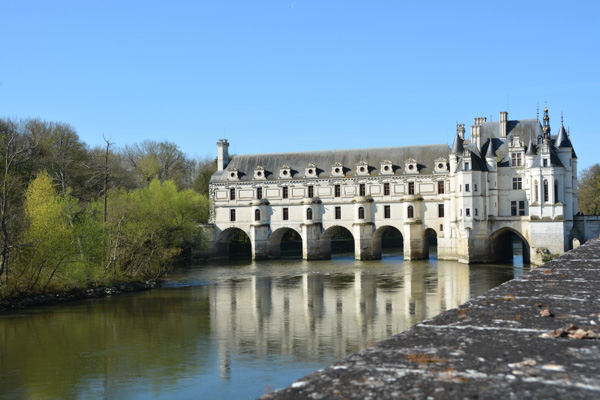 Our first Chateau visit was Chenonceau. Although it has origins in the 12th century, the current structure was built between 1514 and 1522 on the foundations of an old mill, and then later extended to span the river Cher. 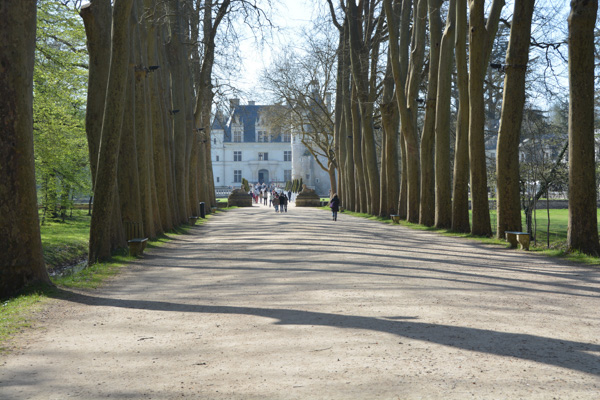 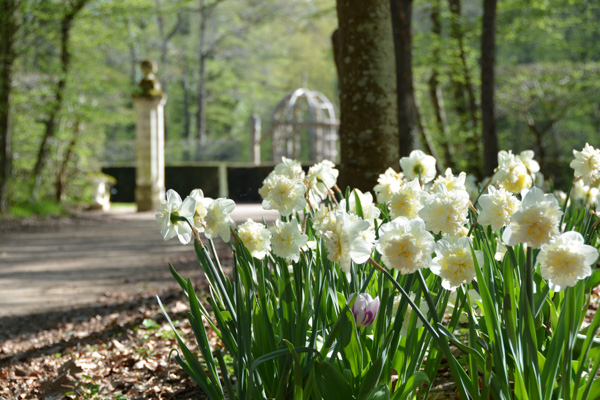 In 1535 King Francis I seized it from its owners for unpaid debts. After his death in 1547, his son, King Henri II bestowed it upon his mistress, Diane de Poitiers, who became passionately attached to it. It was she who commissioned bridge connecting the chateau to the other side of the river. She was equally passionate about the gardens, and they are exquisite. 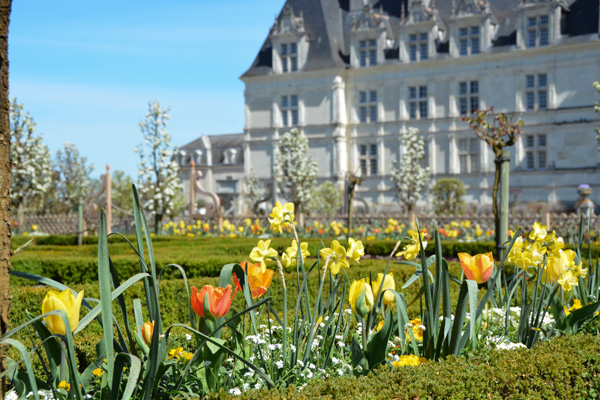 Having a mistress in France may be common and understood, but “hell hath no fury”, as the saying goes. After Henri II’s death in 1559, his widow Catherine de Medici forced Diane de Potiers to exchange the Chateau Chenonceau for the Chateau Chaumont, and took up residence in Chenonceau herself. Catherine de Medici put her own mark on the property, planting her own extensive gardens and entertaining lavishly. 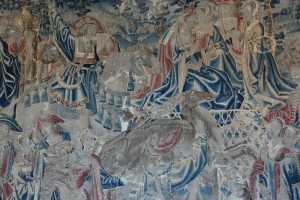 One of the exquisite tapestries 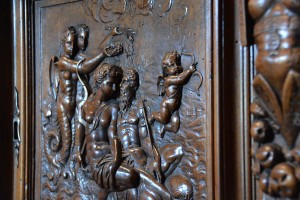 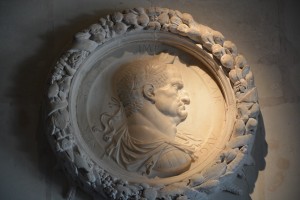 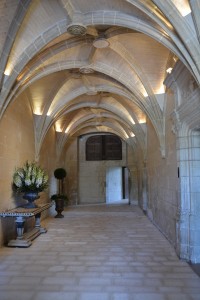 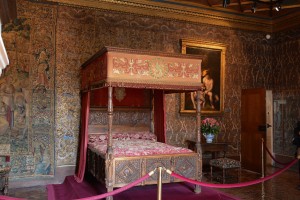 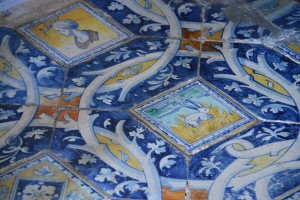 the tiled floor in the vestibule 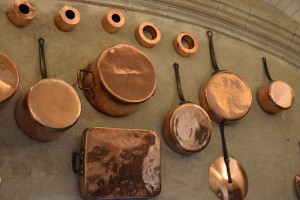 the kitchens are very well equipped 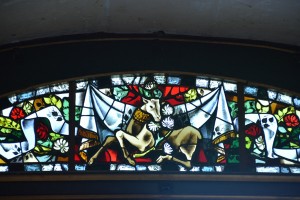 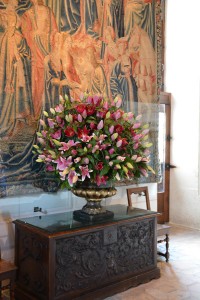 Floral arrangement in the hall 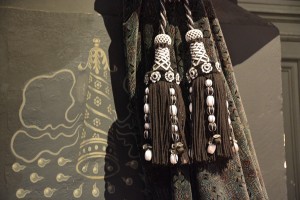 Passementerie on the curtains in bedroom of Louise of Lorraine, who retired their to mourn her assassinated husband, Henri III 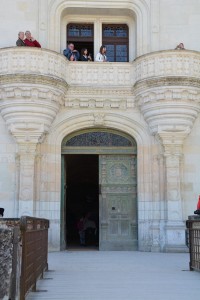 The interior of Chateau Chenonceau is very beautiful, with extensive detail in the decor. 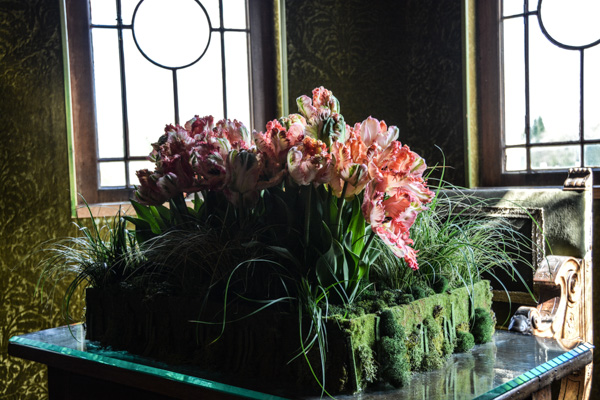 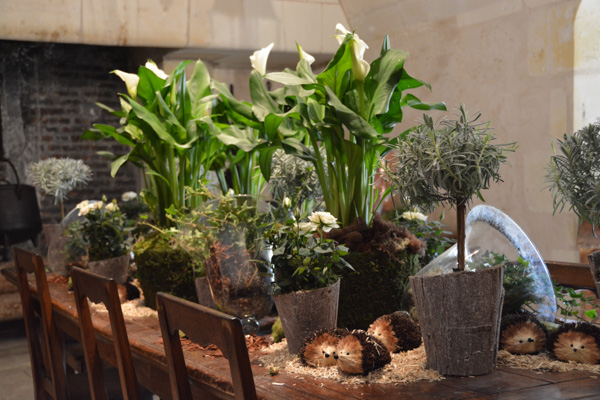 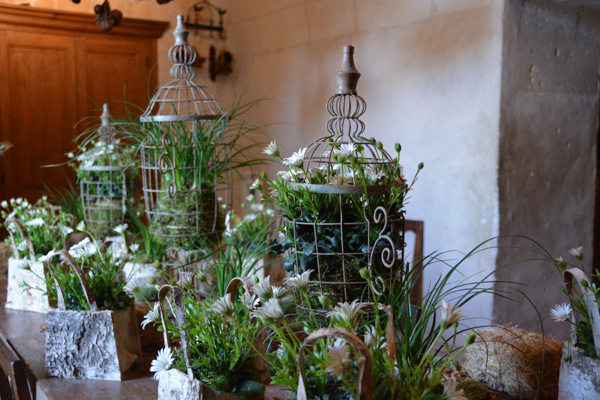 The floral arrangements inside the Chateau are as lovely as the gardens outside. 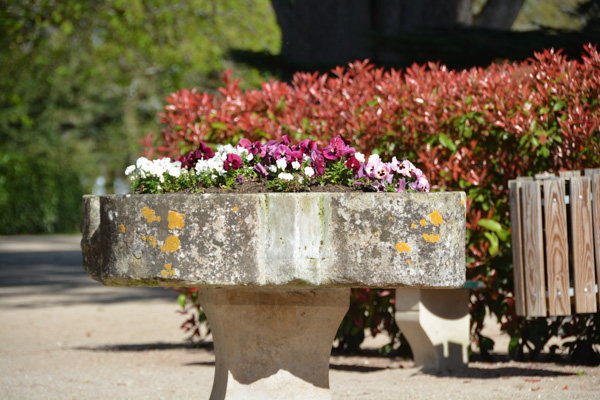 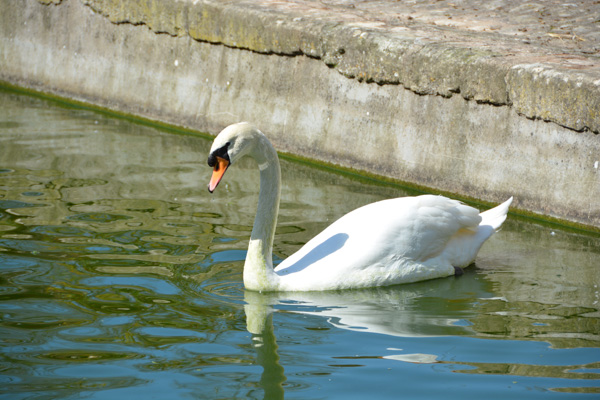 Swans in the pond 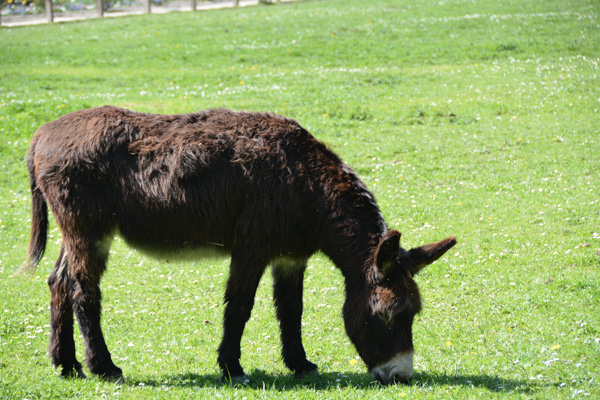 One of the several donkeys 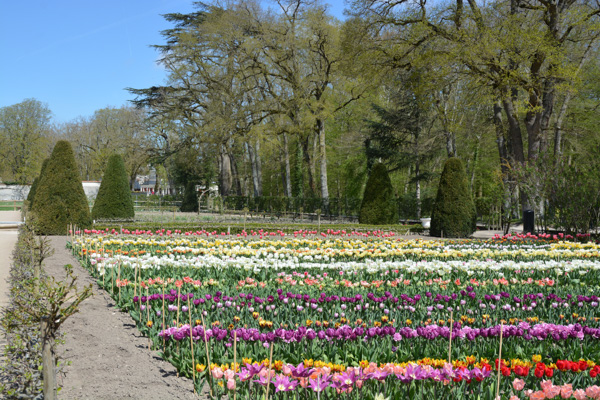 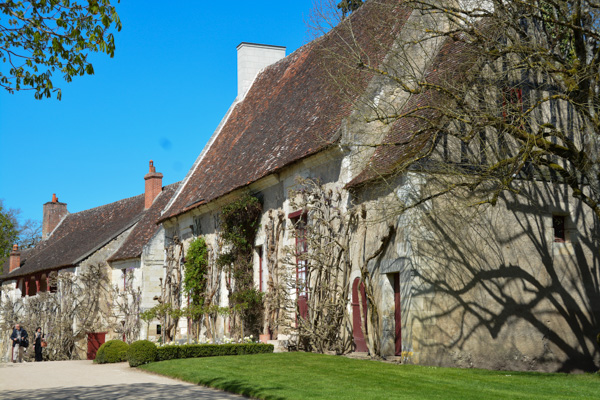 A service building on the property

The buildings supporting the estate are very well maintained, as is the cutting garden that supplies the flowers inside the Chateau. 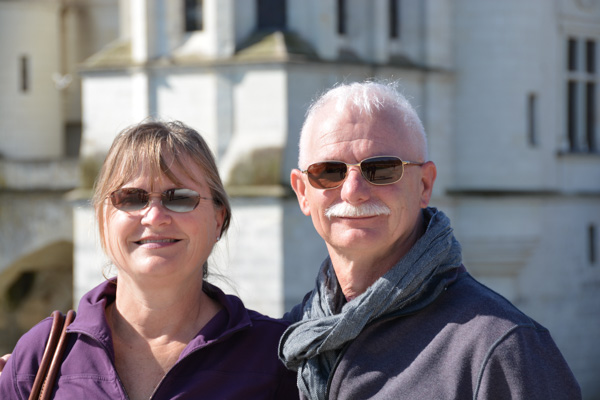 Teddy, Gustus and Penny were joined on this trip by Teddy, Rusty and Petey, who travel with Paul and Chris. 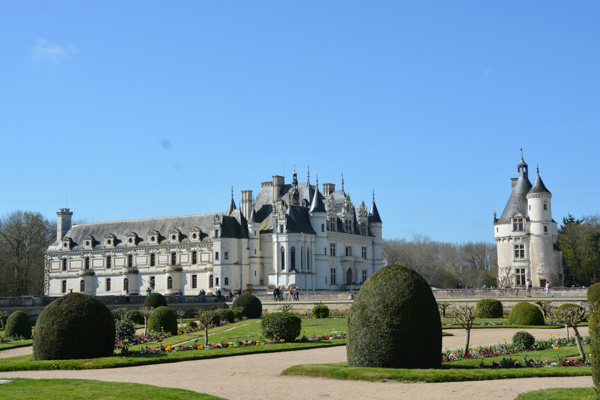 It was an excellent start to our Chateau adventures.

Ah, the Romantic Loire Valley and its exquisite Chateaux! 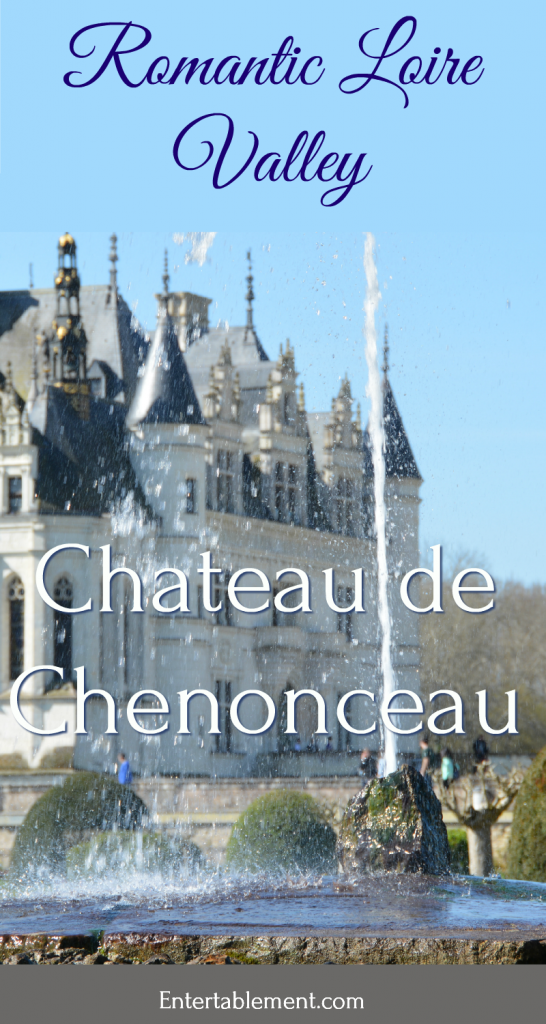