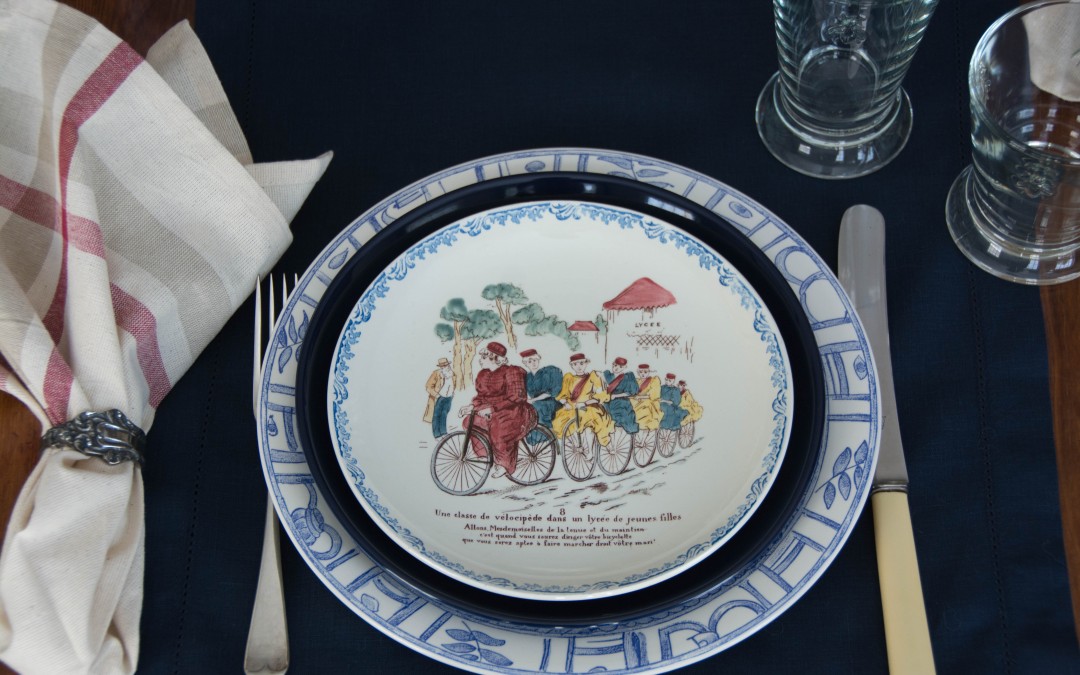 Now this set of plates is just plain fun! They were made by HBCM (Hippolyte Boulenger-Criel Montereau) France sometime between 1920 and 1950. They’re colourful, whimsical and humorous – everything I like in tableware. 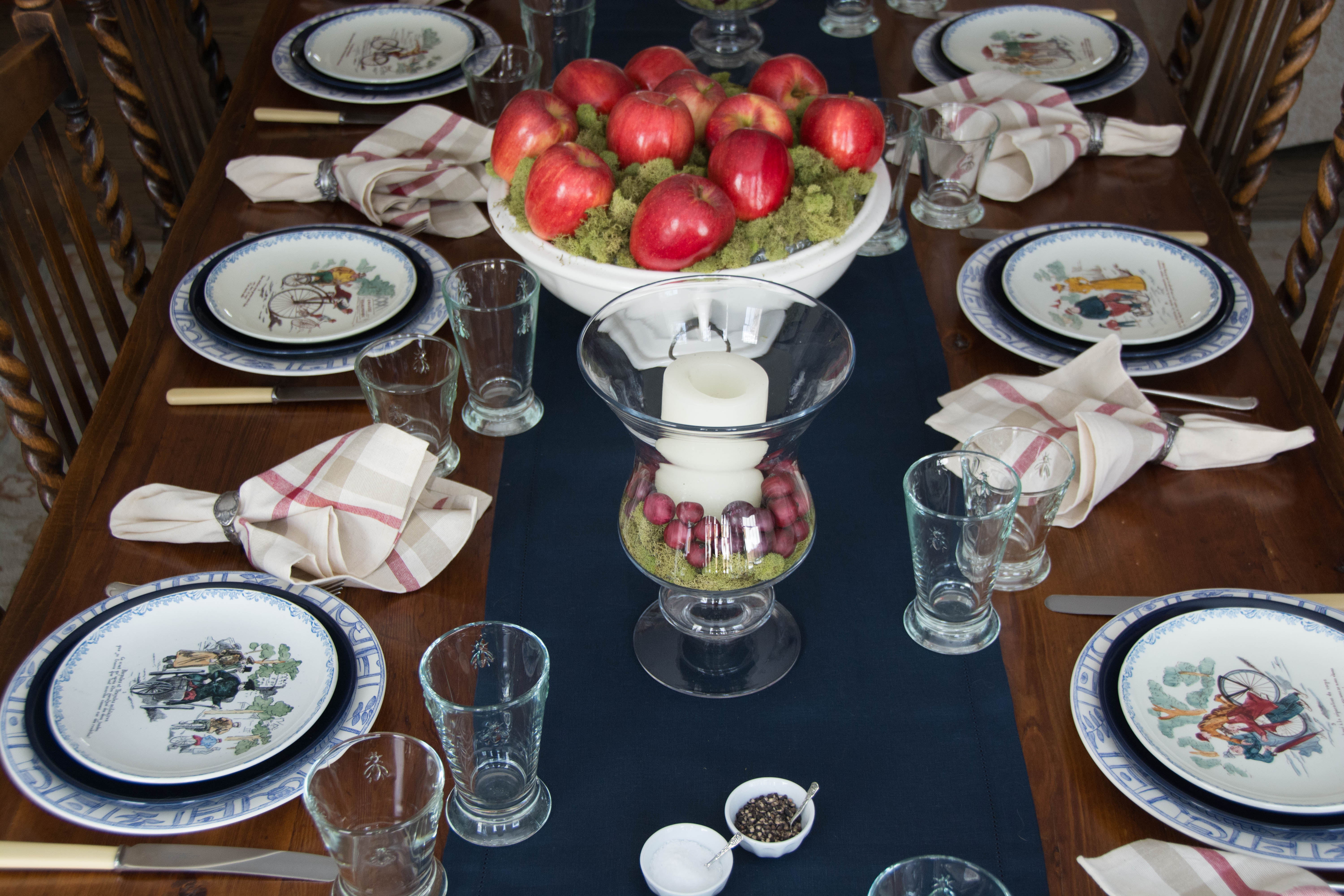 The series (of which I managed to snag 10 of the possible 12 on eBay), features people engaged some way or another with bicycles and velocipedes. 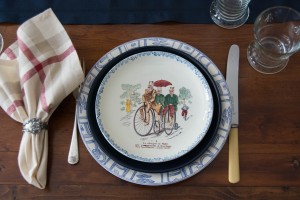 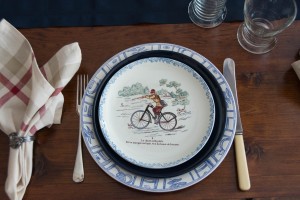 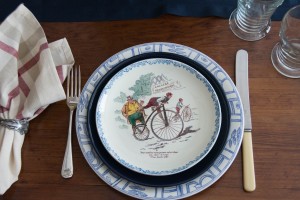 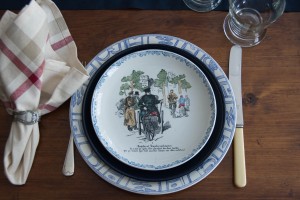 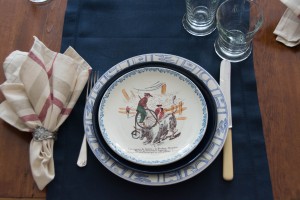 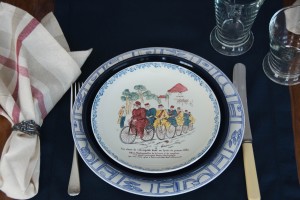 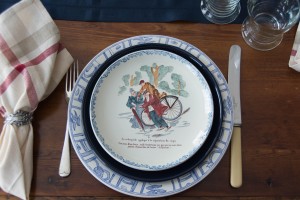 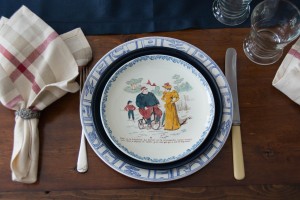 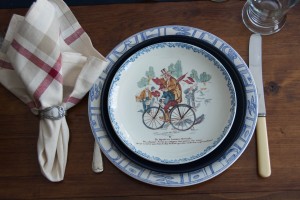 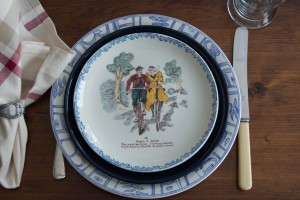 Styling them turned out to be more of a challenge than I first anticipated. I wanted to highlight the scenes on the plates, without too much visual detraction.  Black and white line drawings with lots of colours – a lot like a cartoon. Hmmm. 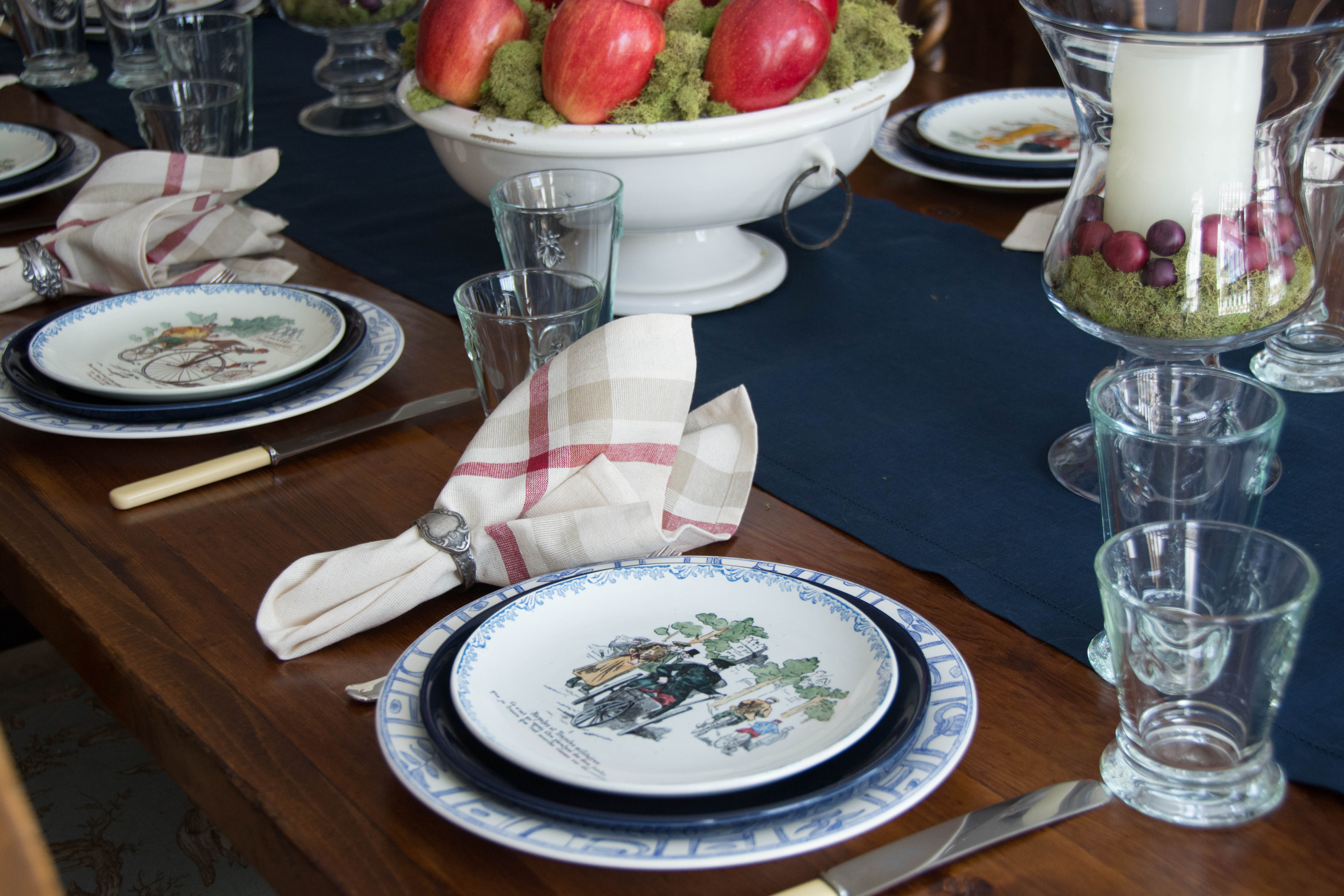 I used Gien’s Ouiseau Blue as the base plate. Also a French Faience pattern, it fit very naturally. It’s a soft blue, although a complex pattern.

I wanted to get a visual break between the two blue and white patterns, so layered Williams Sonoma’s Pacifica in navy blue. The crips boldness of the navy was a nice counterpoint to all the pattern, and I tied that in with the sailor blue runner from Pottery Barn this year. (While on the topic, I should also comment that this year’s linens are very flimsy compared with previous years. Not good. I see they have them heavily discounted at present, which may mean others have noticed the same thing.) 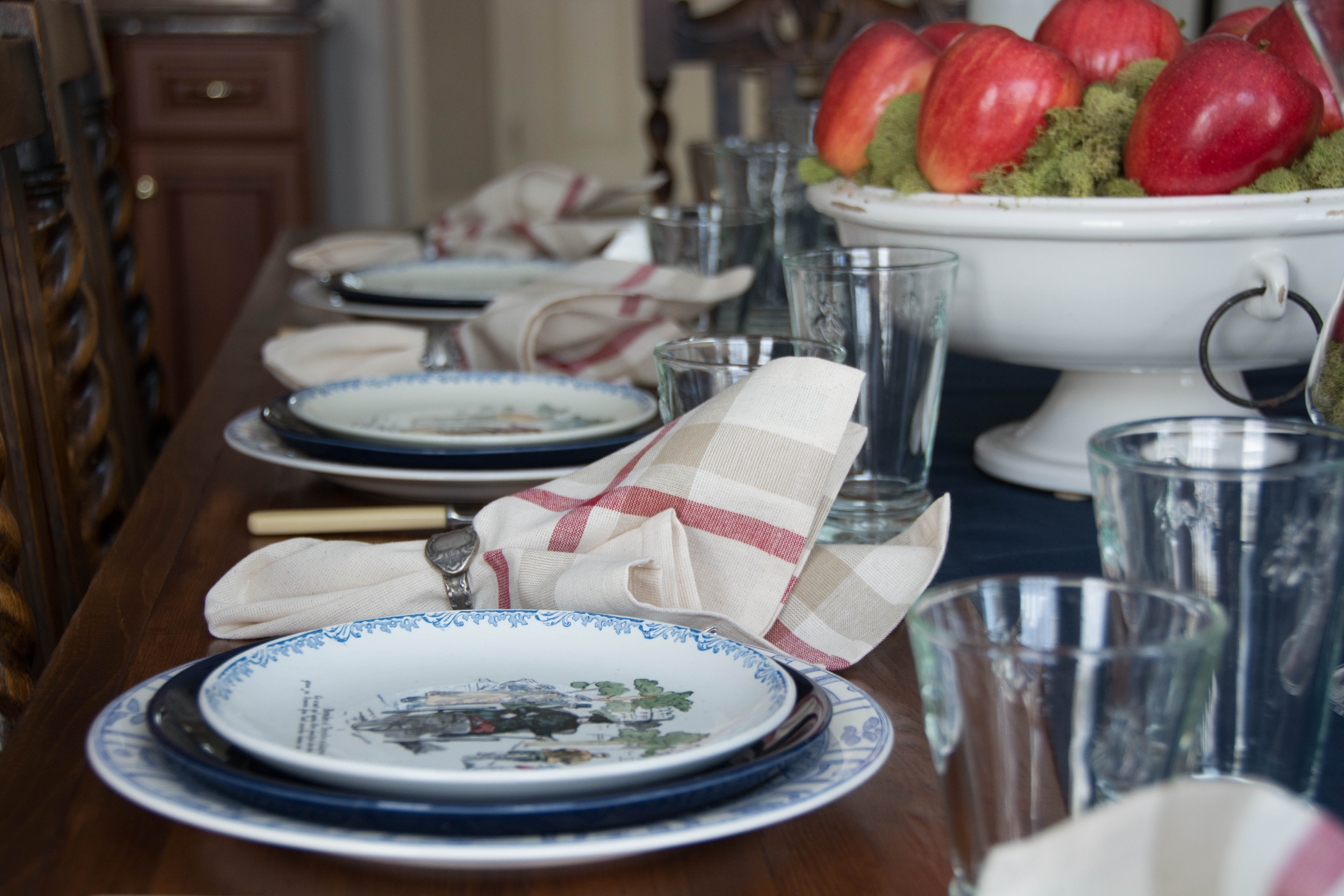 The Cece bistro-style napkins from Wayfair in the red and taupe check (they describe them as striped?) provided a nice contrast to the blues, and echoed the colours most predominant on the bicycle plates. 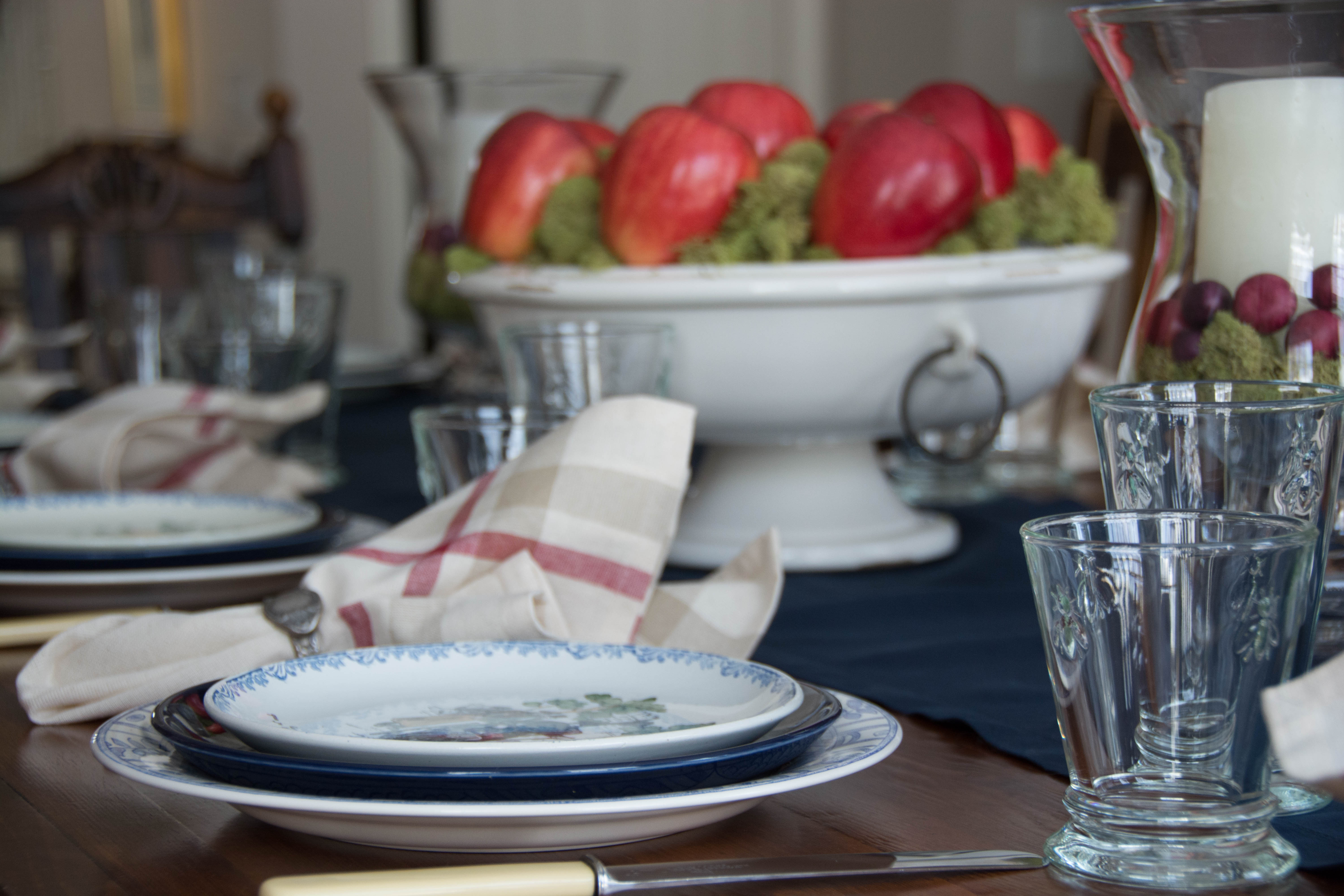 A  large centre piece of rosy red apples nestled in reindeer moss was next. I fiddled around with the idea of flowers, but the apples seemed more natural and “picknic-ish”, consistent with bicycling. 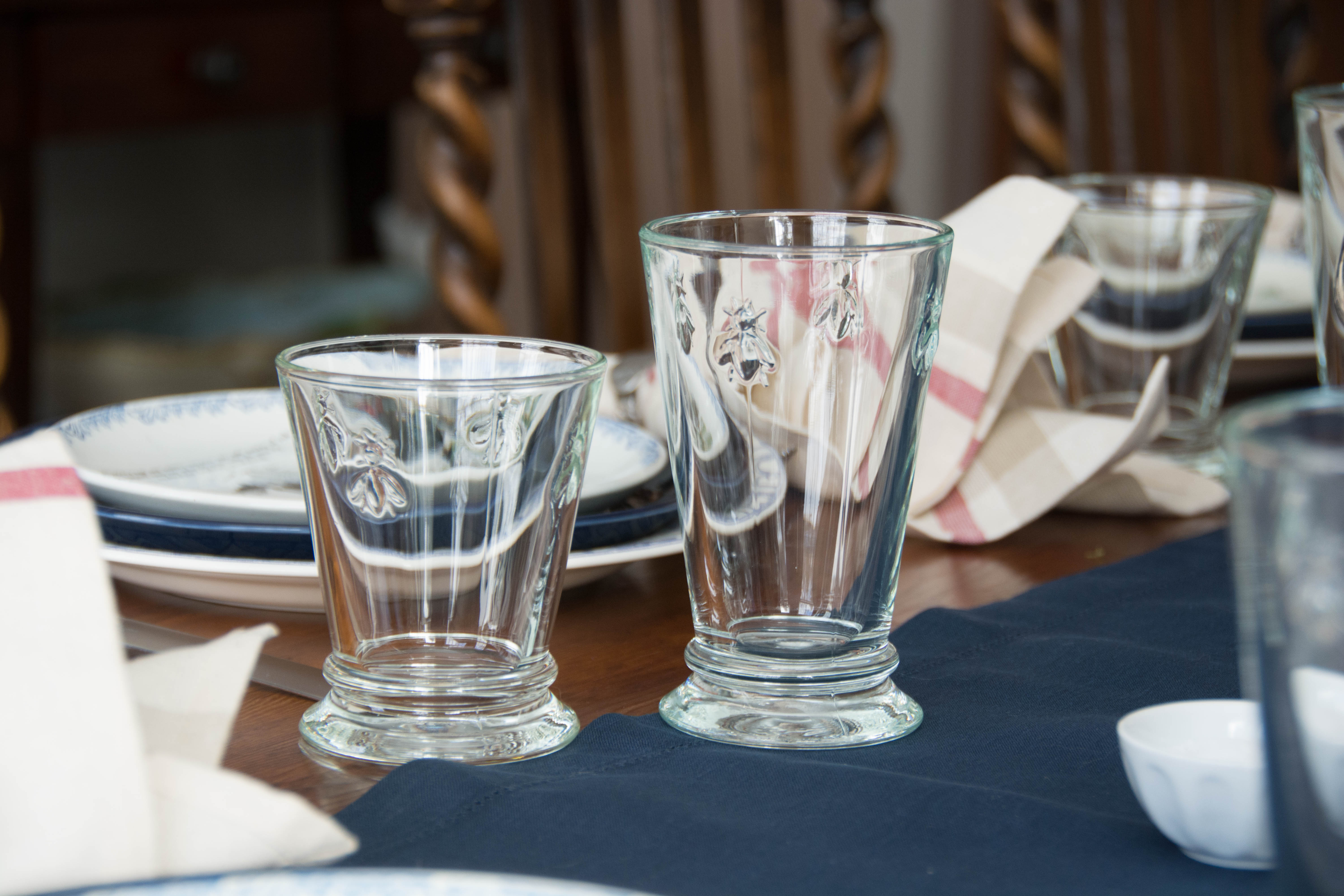 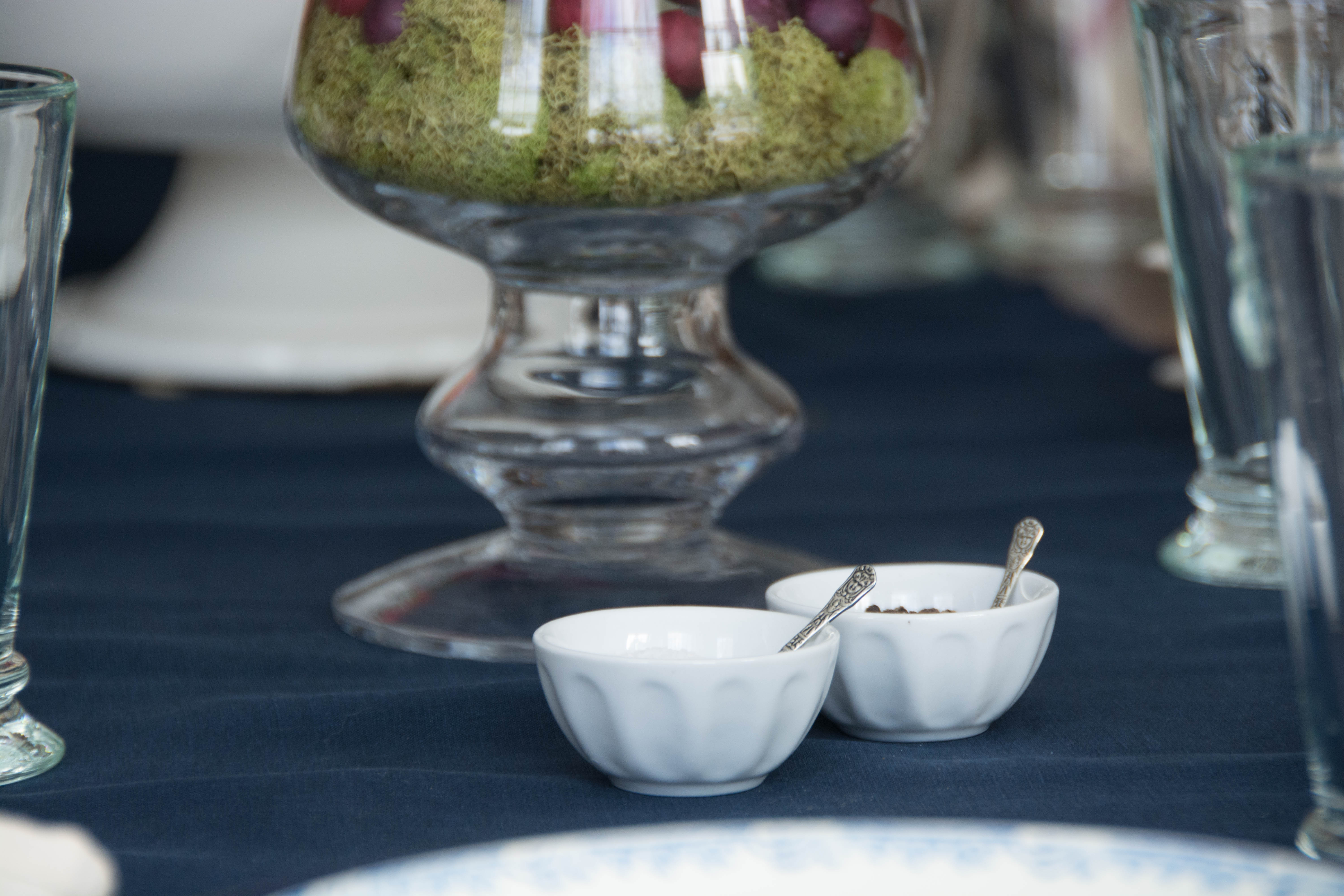 I finished with plain white small bowls for open salts.

What do you think? Fun?

On a side note, I found the bicycle plates when I was bidding on another set – Bird Soldiers – which I ultimately lost out on. Rats. These were hilarious, but got away from me by a sneaky last minute bid from another contender. I hope they are enjoying them. grump, grump. 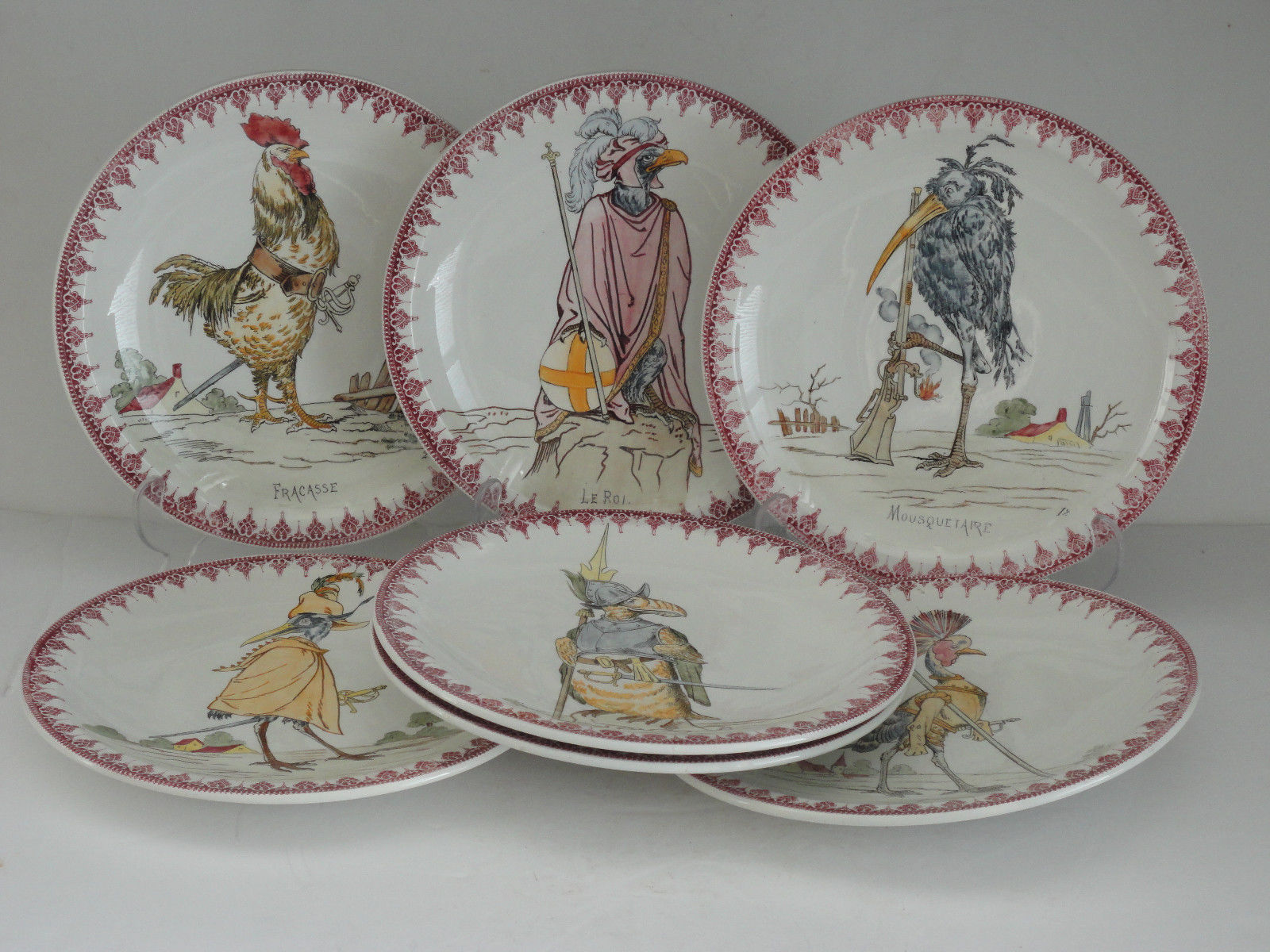 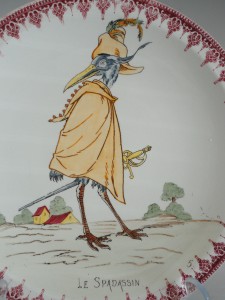 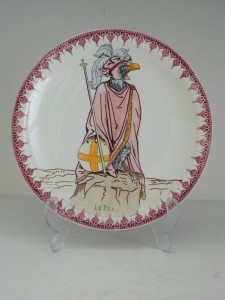 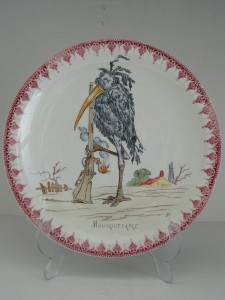 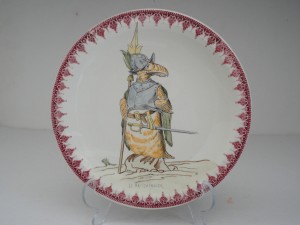 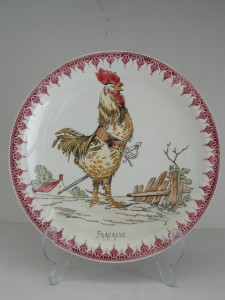 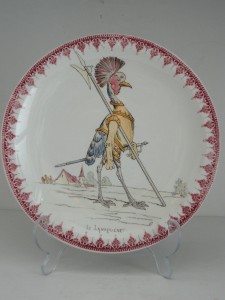 You can’t win them all!  I’ll keep an eye out for further series by HBCM (Hippolyte Boulenger-Criel Montereau) France. 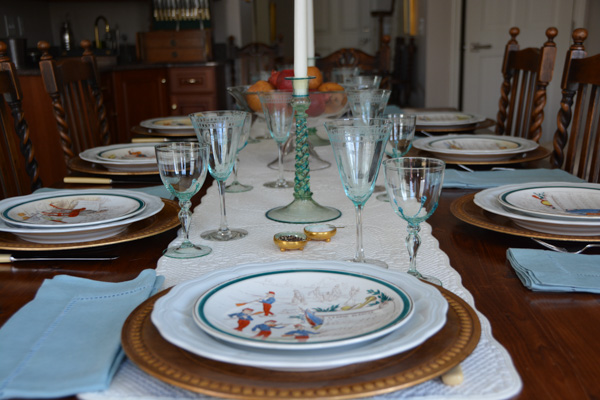 As I was doing my research on HBCM, I discovered they were also the producer of the Opera Series (I called it Musical Score) that I already own and blogged about last year. I notice I also styled those plates with a large bowl of fruit, but more delicate glassware.