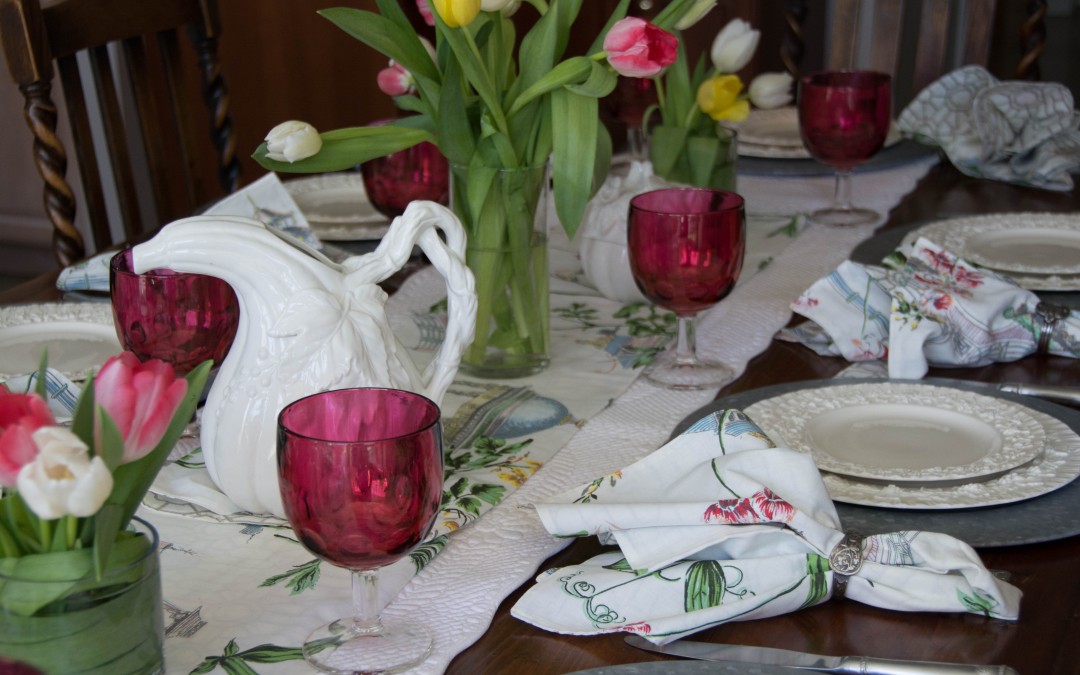 This table was inspired by some napkins I picked up at Wayfair.com. It’s the first time I’ve sourced linens from there and it was a good experience, by and large. 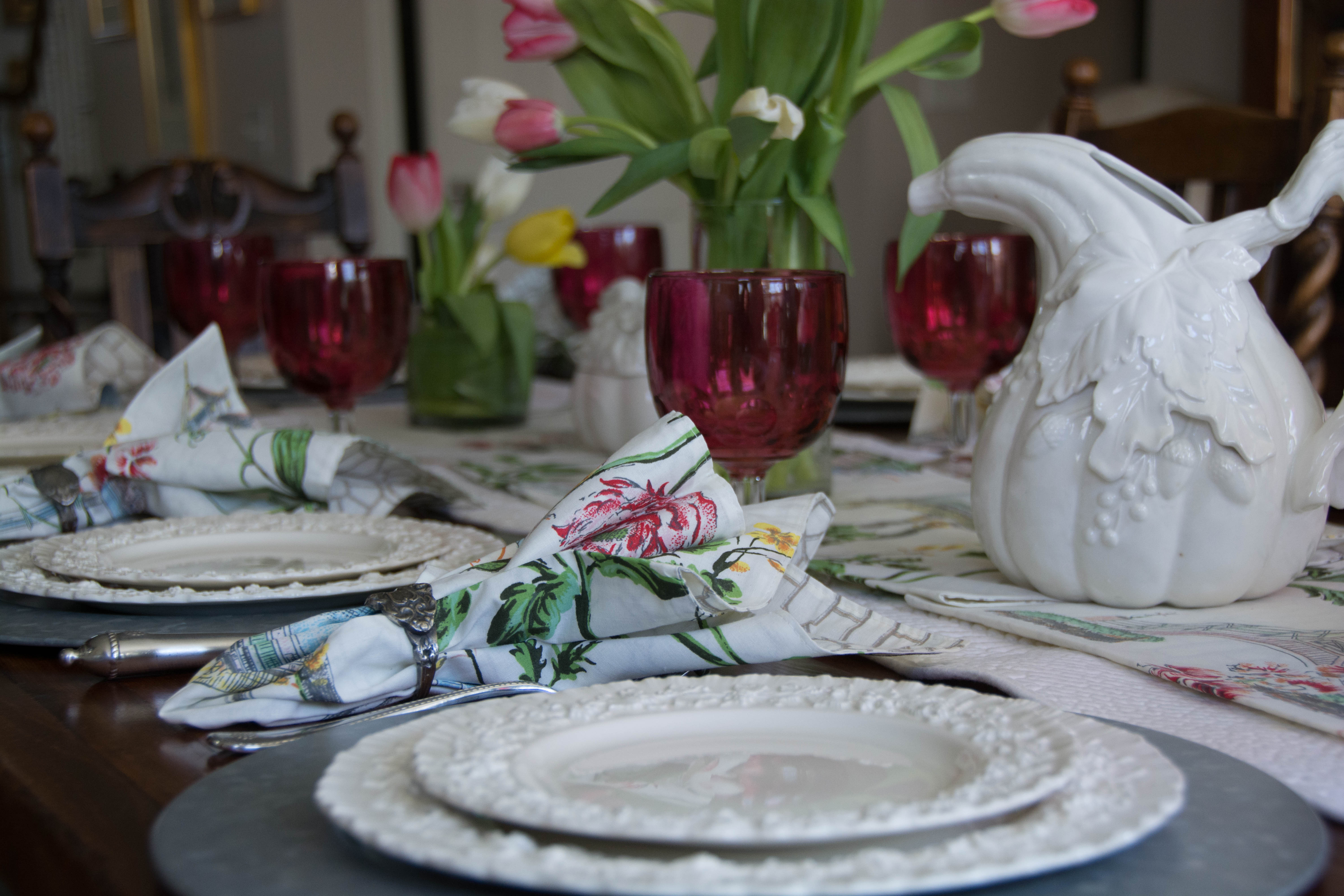 The pattern is called Garden Folly, featuring pagodas, bridges and all kinds of flowers.  The napkins are reversible with a grey and white graphic pattern on the reverse side.  It’s easier to see the colourful pattern on the placemat, so I’ve included it, too. 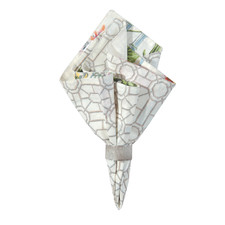 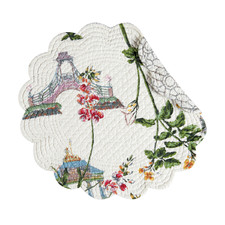 So many colours from which to choose!  The cranberry pink seemed to jump out the most so I started there with Hoffman House style thumbprint glasses from Laurel Leaf, another new source I have recently discovered. They sell a variety of vintage glassware at astonishingly great prices and these goblets were a recent acquisition. 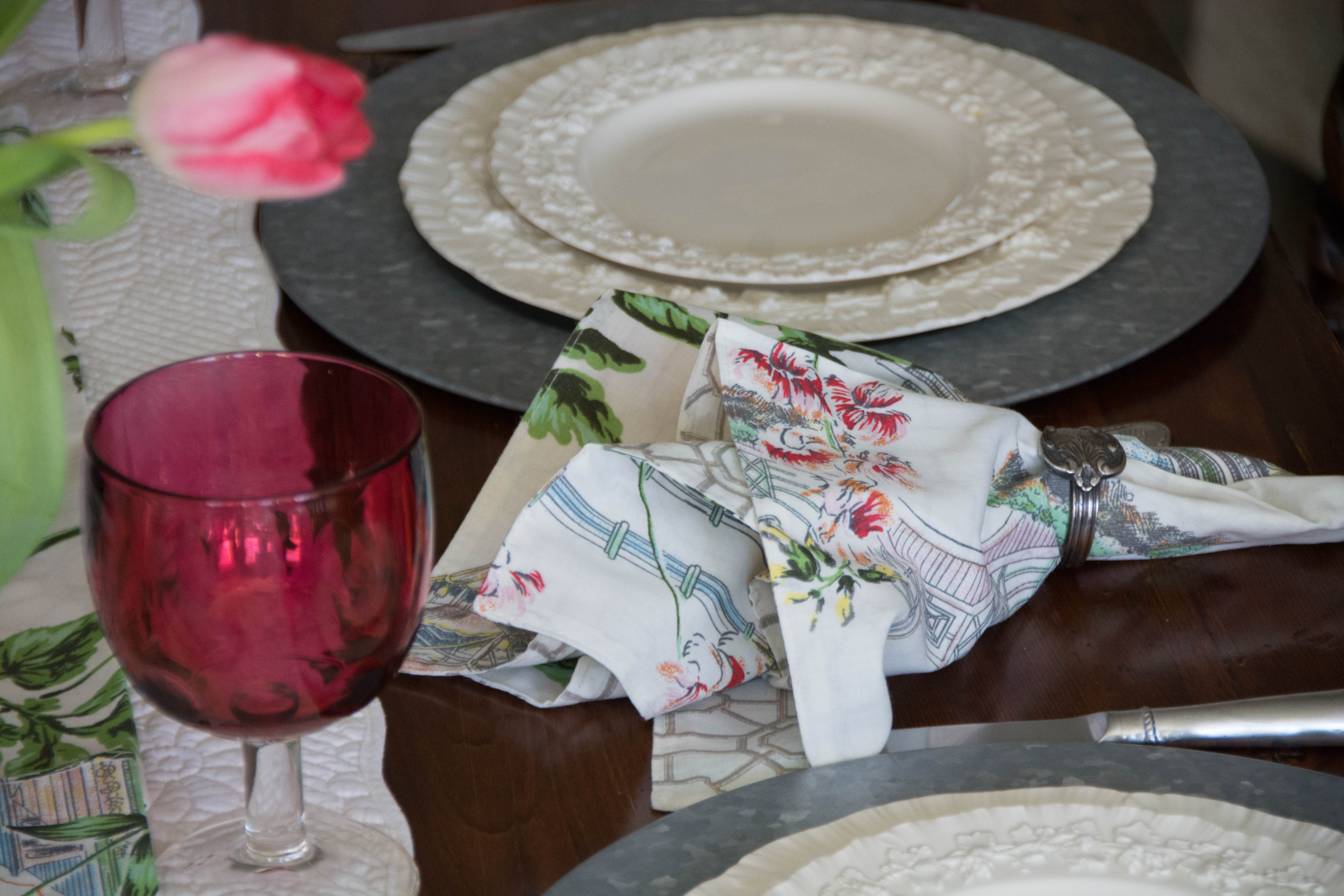 The cream background of the napkins called for similarly toned items, so I went with a creamy coloured quilted runner. The Garden Folly set didn’t include a runner, and I continued the pattern with three napkins placed end to end on top of the quilted runner – it worked! 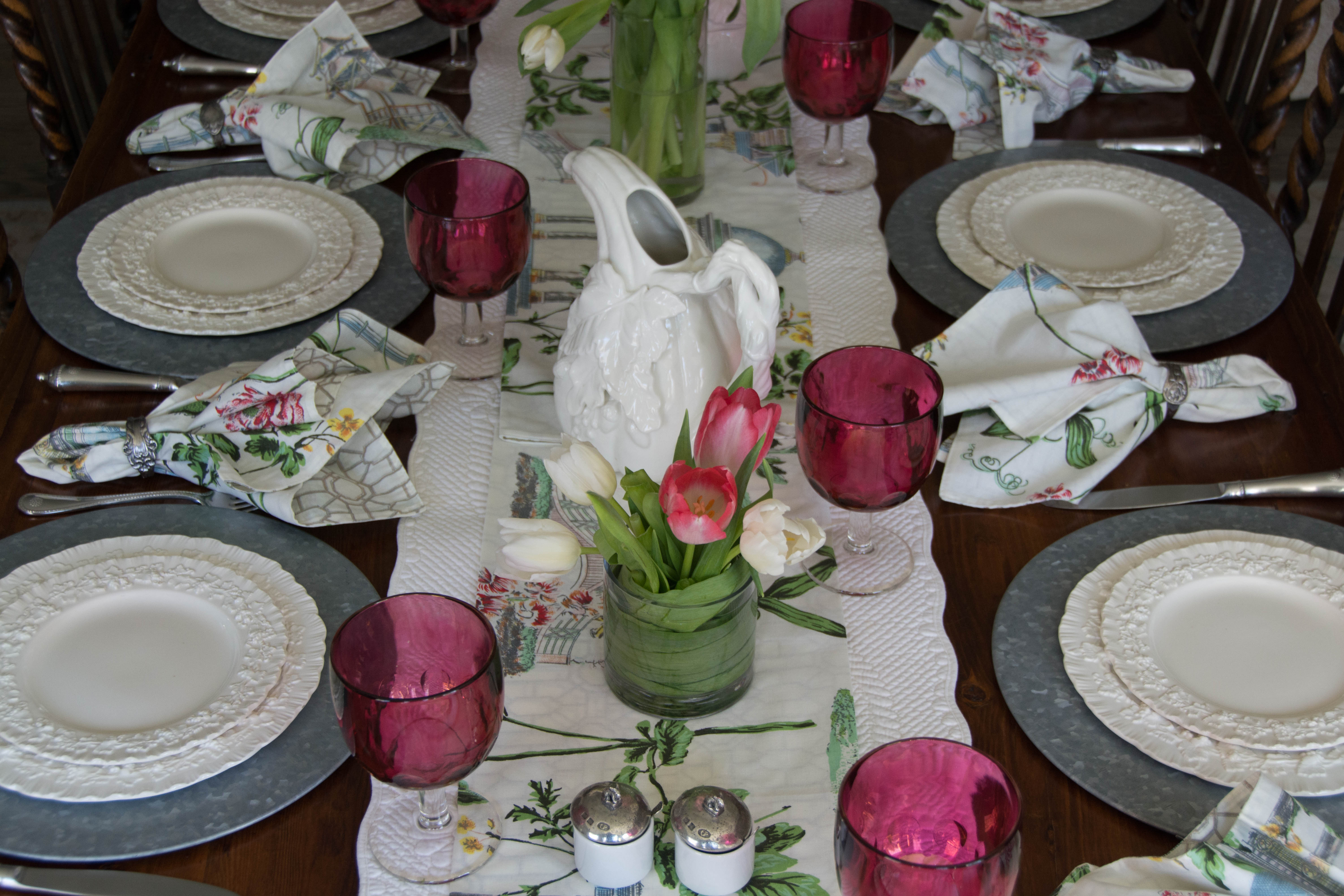 I picked up the grey in the napkins with the galvanized metal chargers and metal napkin rings from Pottery Barn and continued the cream-theme with raised-paste cream on cream shell-edged vintage plates by Wedgwood. They were an e-Bay acquisition. 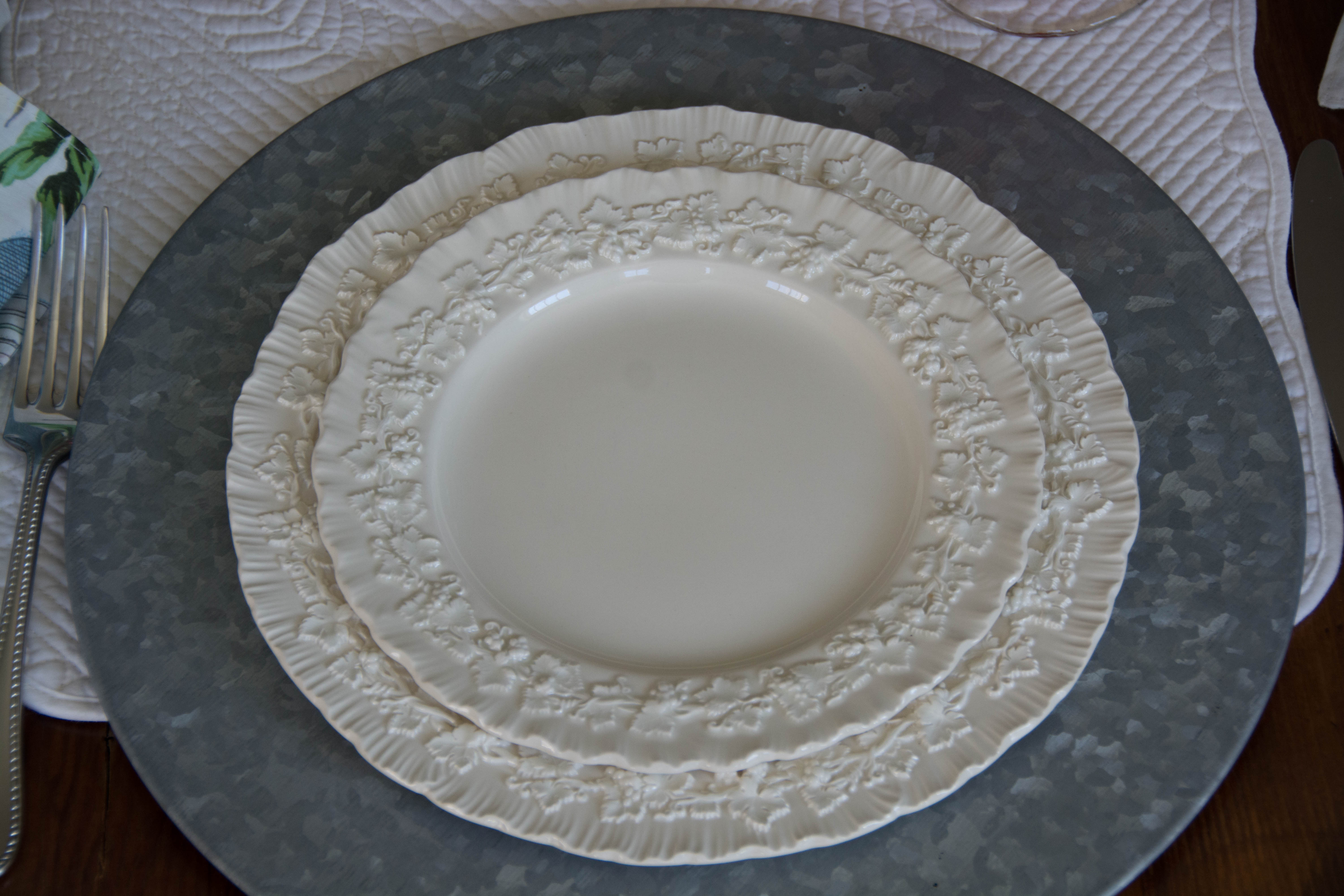 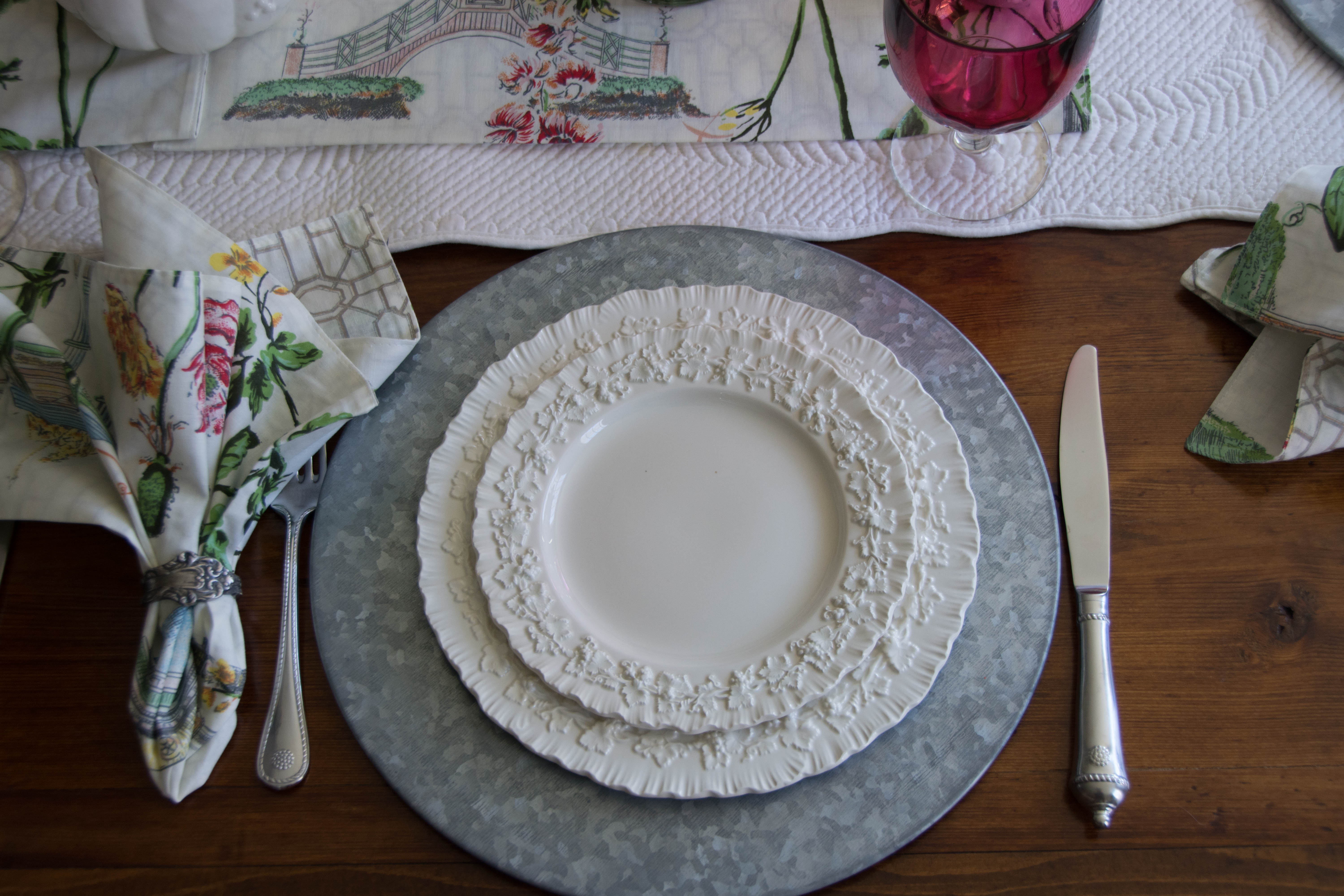 I do love the shell edge Wedgwood does. Below is a closeup of the plate from an earlier post with vintage berry bowls. 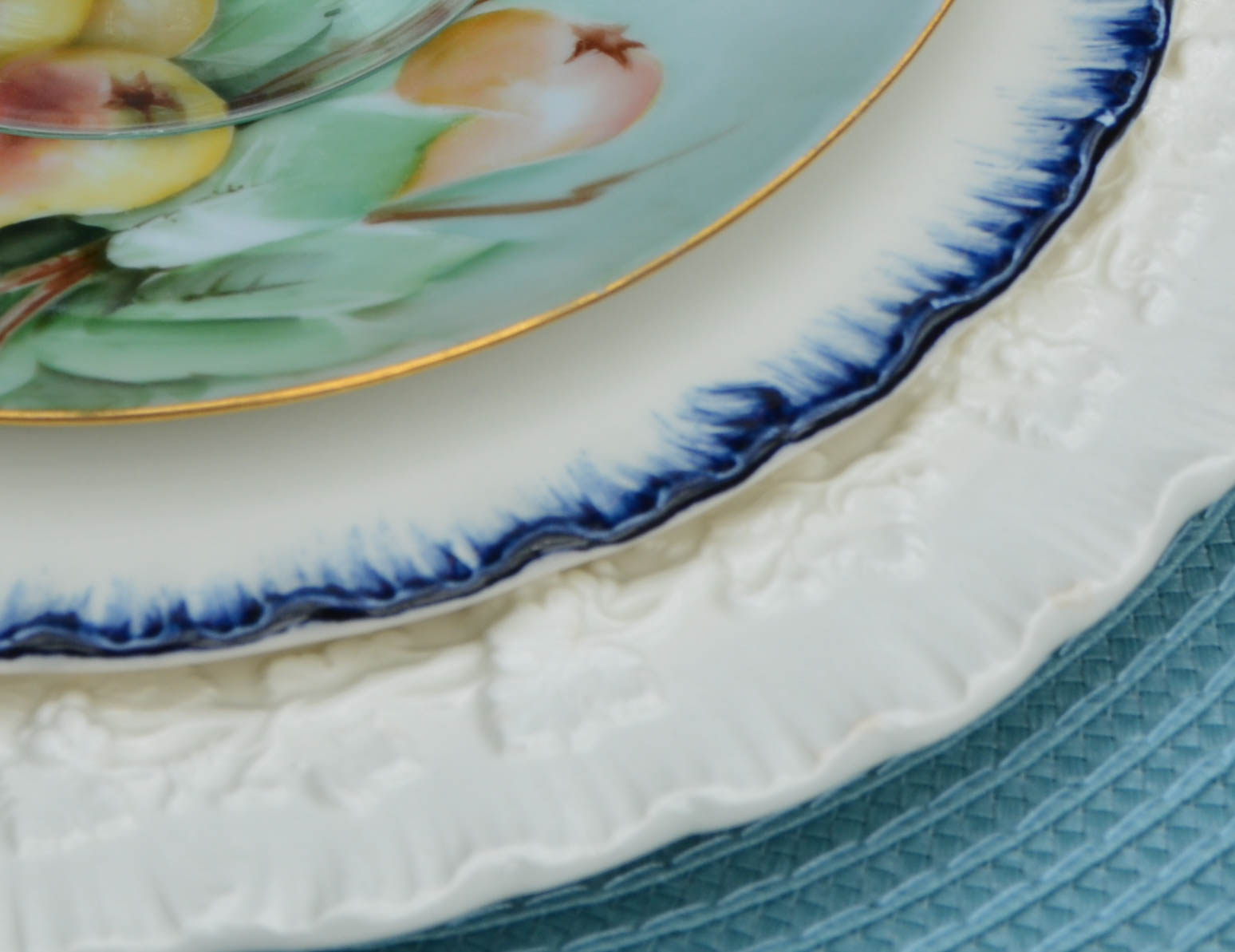 Flowers were very thin on the ground in Cape Cod this January. Glenn picked up some mixed bunches when at the grocery store, and they did the job quite well given the multi-coloured nature of the napkins. 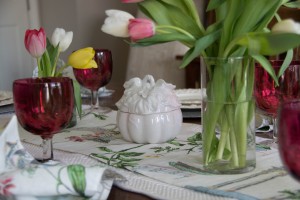 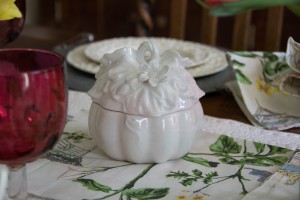 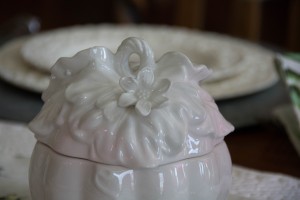 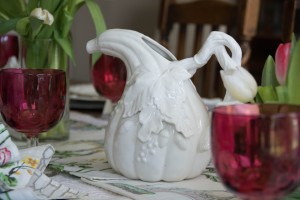 I finished the table with some modern creamware pieces from the Bristol Series by Fitz & Floyd. 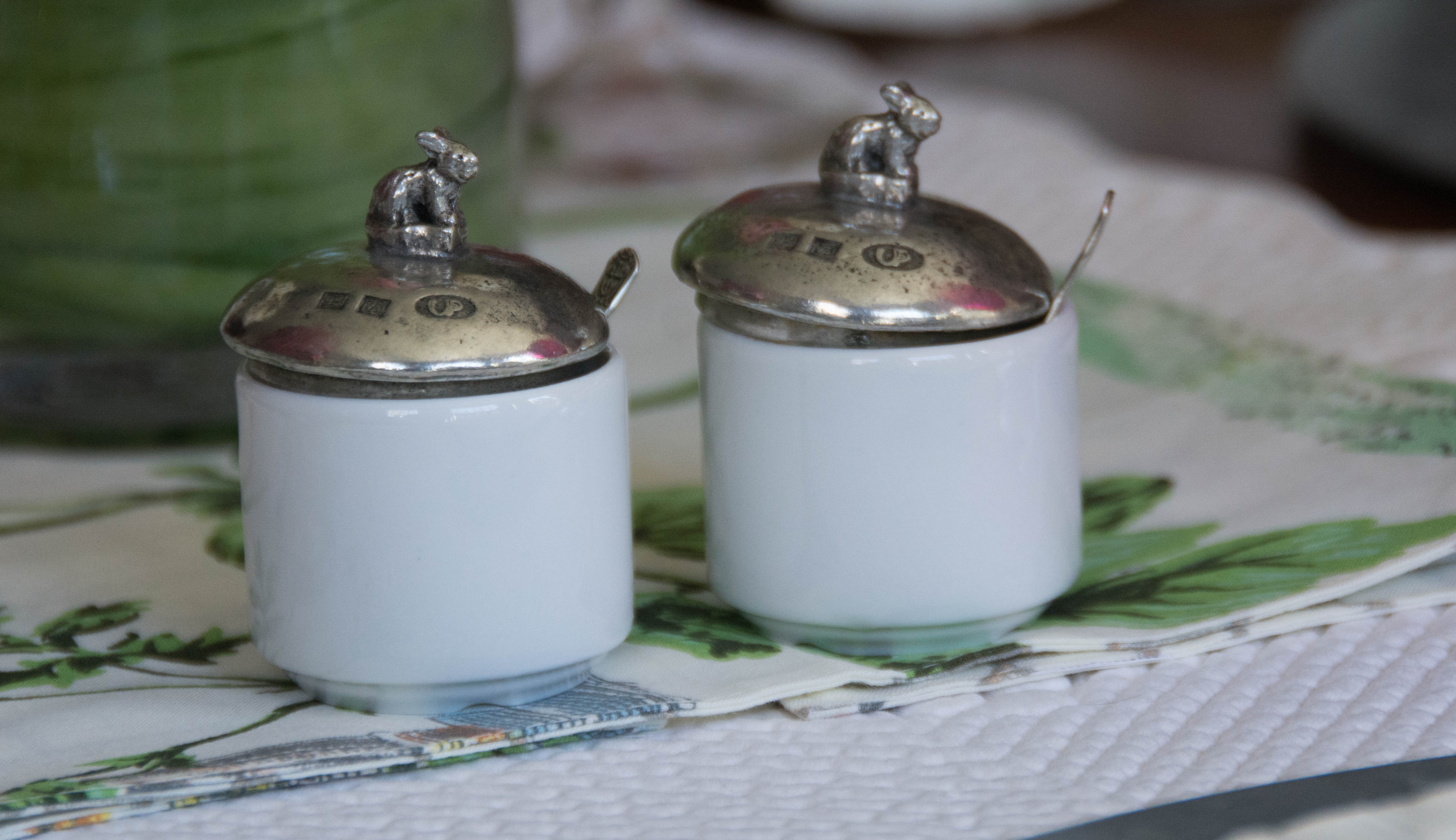 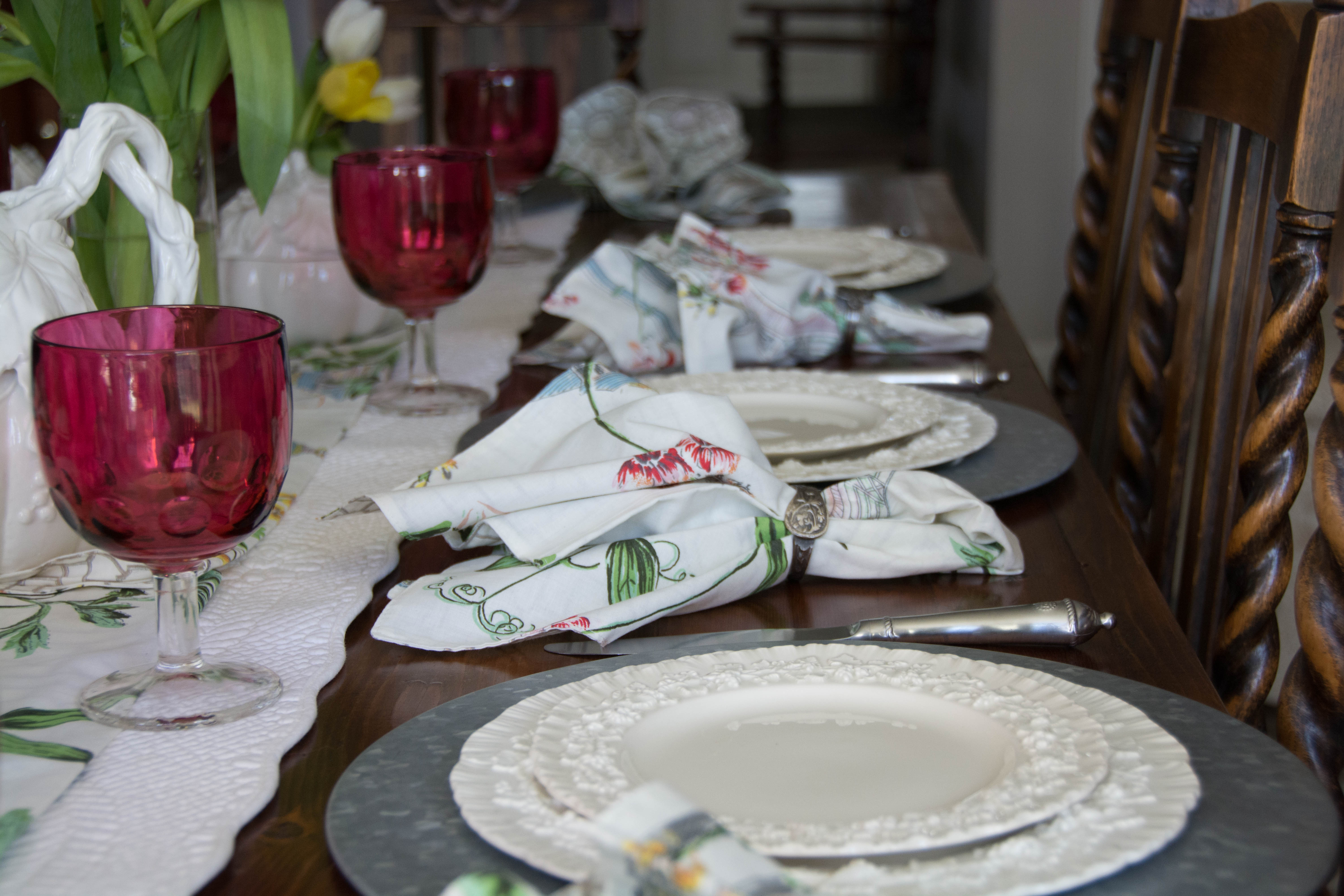 The cutlery is Berry & Thread by Juliska. Whilst setting this table I discovered we are missing a dinner fork. Possibly one of the kids took it to the beach? Not that one wishes to accuse their children, but I can’t help remembering the number of dessert spoons that have taken a walk in school lunches to consume pudding and the like!  The pattern is open stock, happily…

Enjoy the week, everyone. Happy Monday.