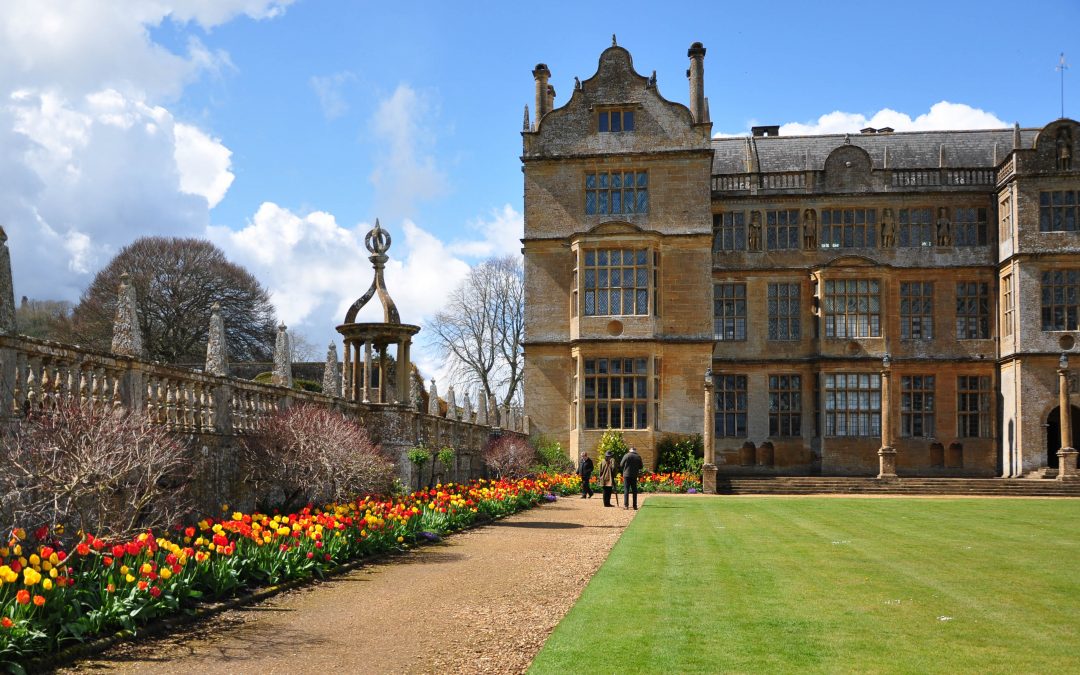 It’s getting to be tulip time here at home, which brought to mind the gorgeous display we saw at Montacute House on one of our visits to England. 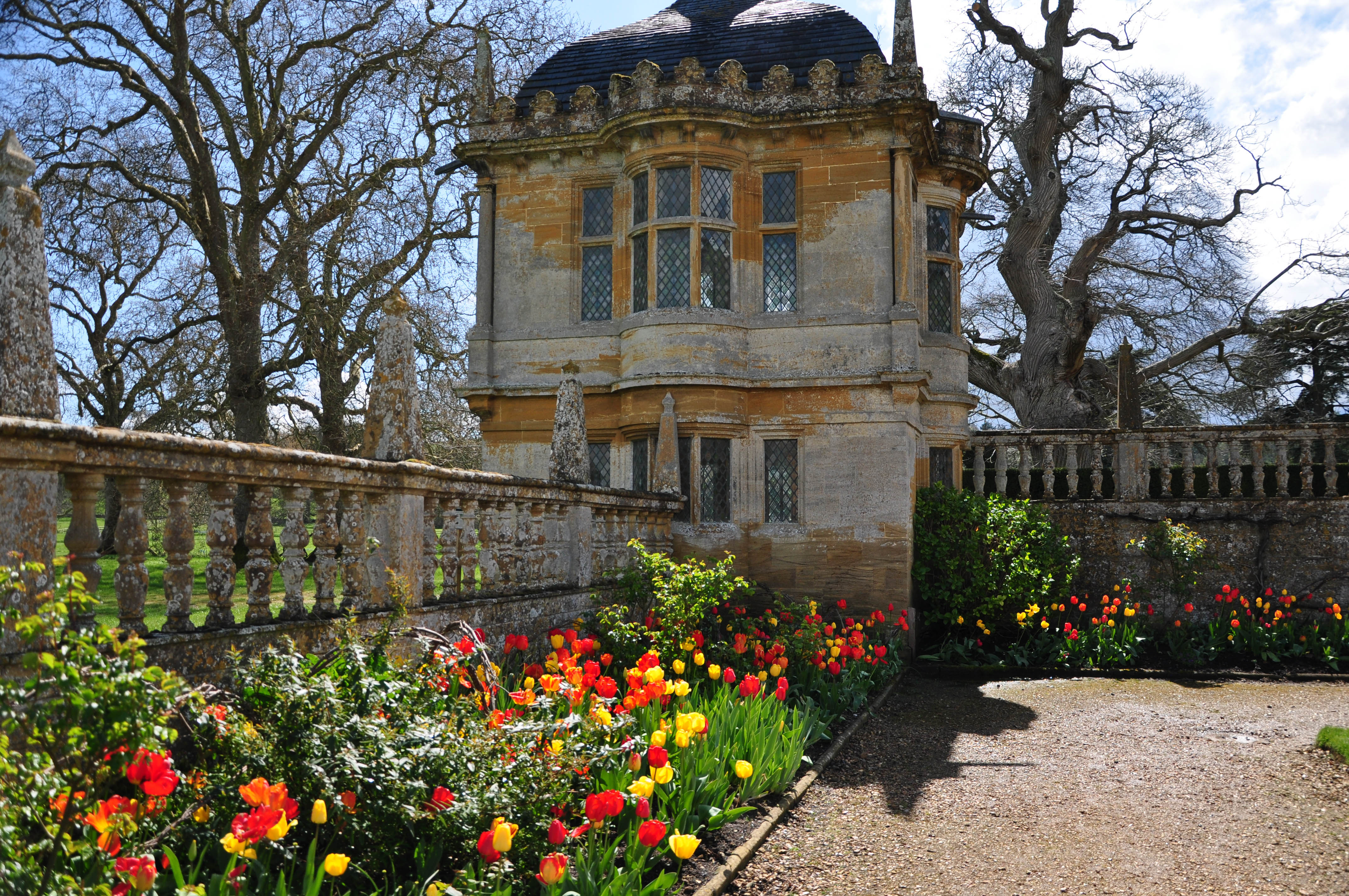 One of the garden pavilions.

While red and yellow tulips are not my favourite combination, they are stunning here. The colour is just eye-popping, and the rich tones marry very well with the “Ham Stone” which forms the exterior of the house and the garden pavilions.

Montacute is a National Trust Property, perhaps best recognized today for its role in the film Sense & Sensibility, starring Emma Thompson, Kate Winslet, and the late Alan Rickman. It’s the house where Mrs. Jennings’ daughter Charlotte lives with her disagreeable husband (played by Hugh Laurie). Perhaps you recall the scene where Marianne (Kate Winslet) goes off for a walk to sadly contemplate the approaching nuptials of the despicable Willoughby whilst gazing at his house, located nearby. She gets caught in the rain (as she is wont to do), and falls very ill. 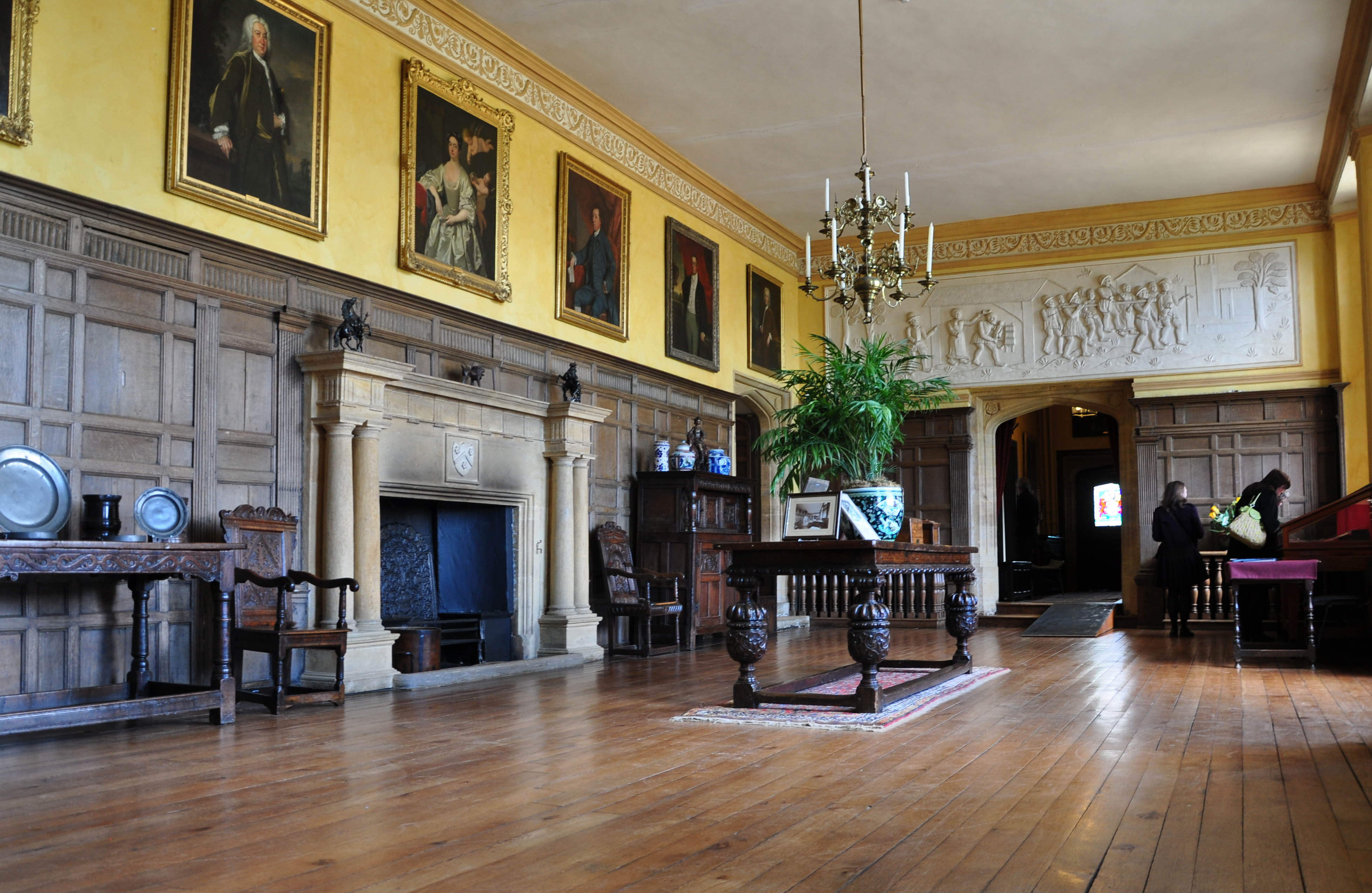 Here is the great hall, through which Charlotte runs shrieking after being advised by the physician to remove her child for fear of catching Marianne’s infection. 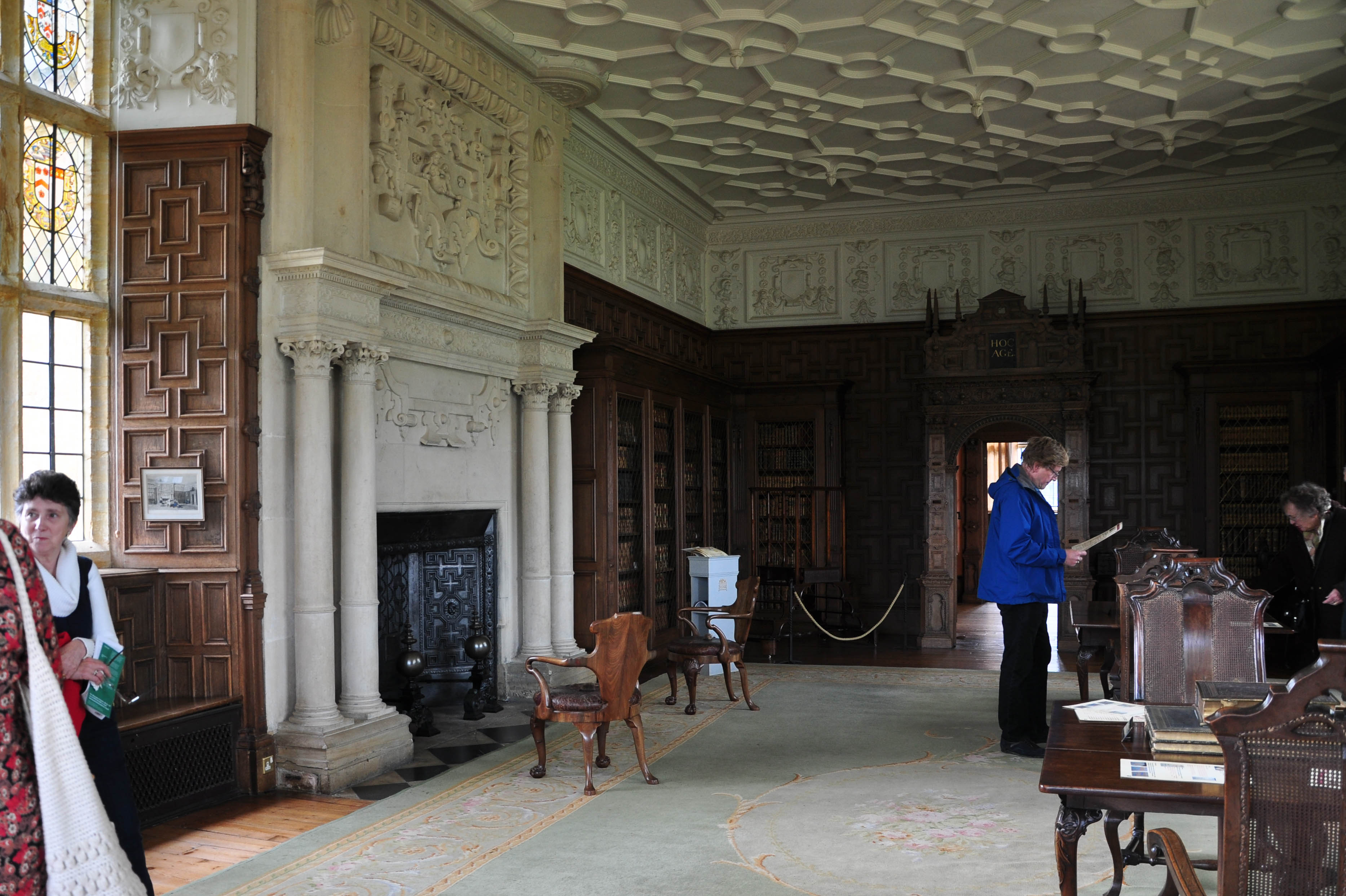 This is the library, formerly known as “The Great Chamber”. The detailed plaster work in the ceiling is lovely, as is the fireplace. Typical of Elizabethan design, there are no corridors in the house; the rooms lead one onto the next. 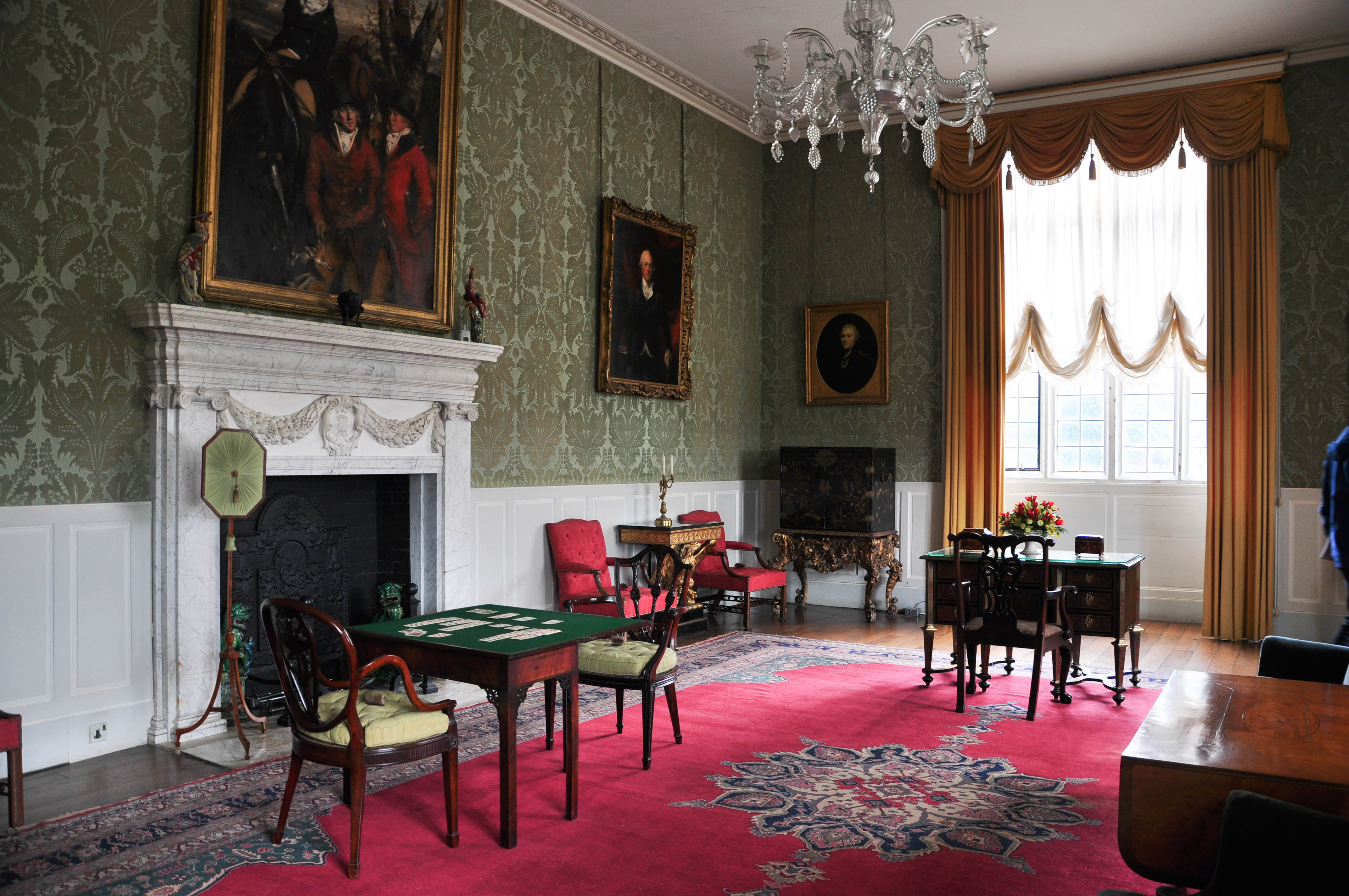 A sitting room set up for a card game. 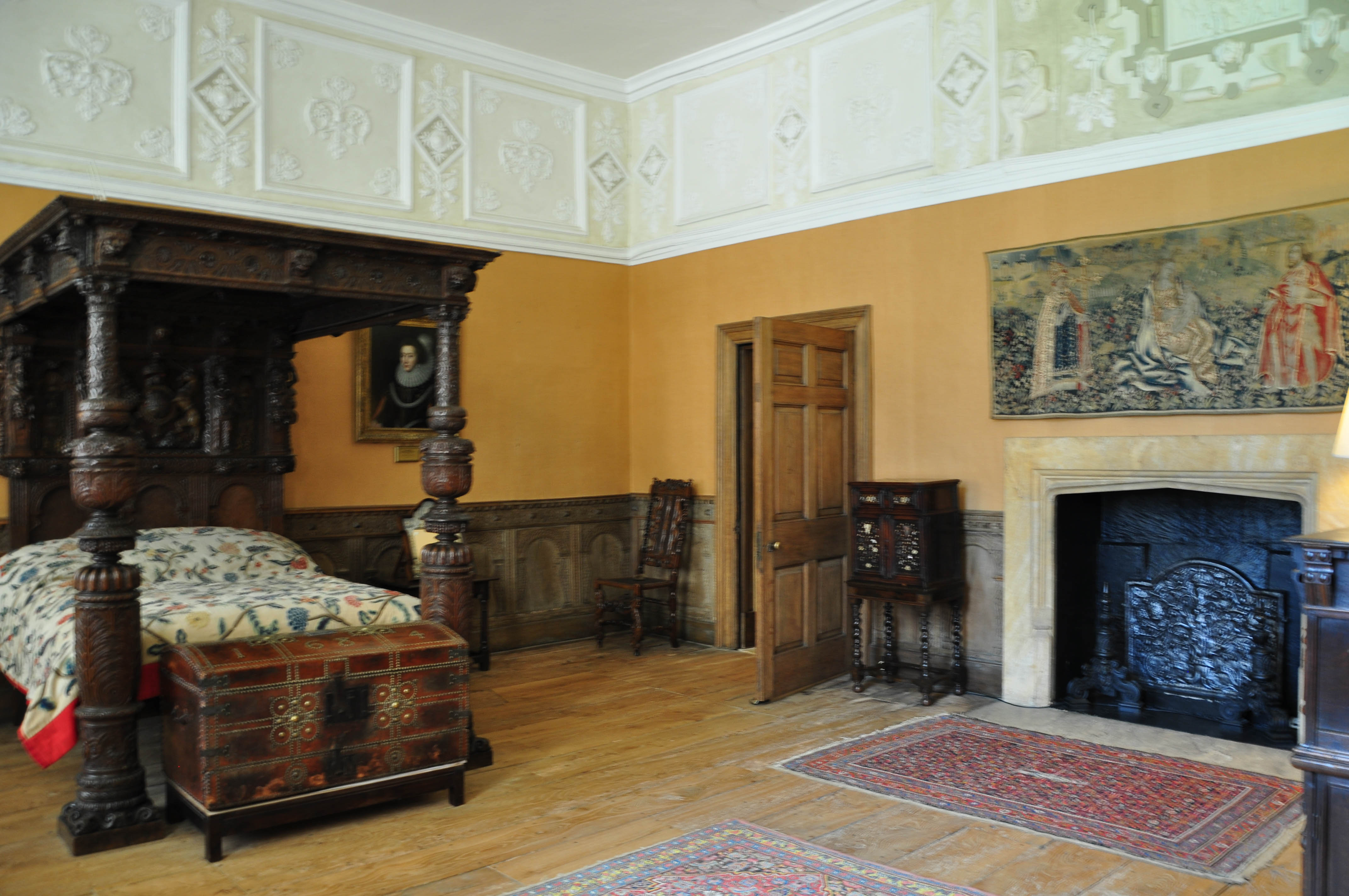 One of the bedrooms, furnished in keeping with the Elizabethan era of the house. 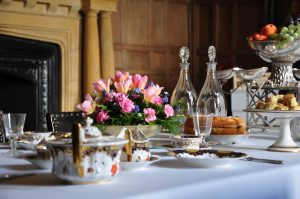 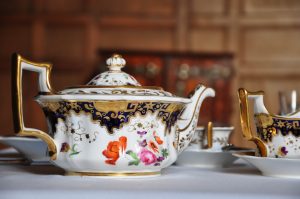 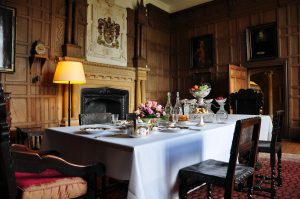 Of course, I’m always most interested in the dining room, where the table was beautifully laid. The porcelain looks like Crown Derby, but I thought would be a bit cheeky to check! 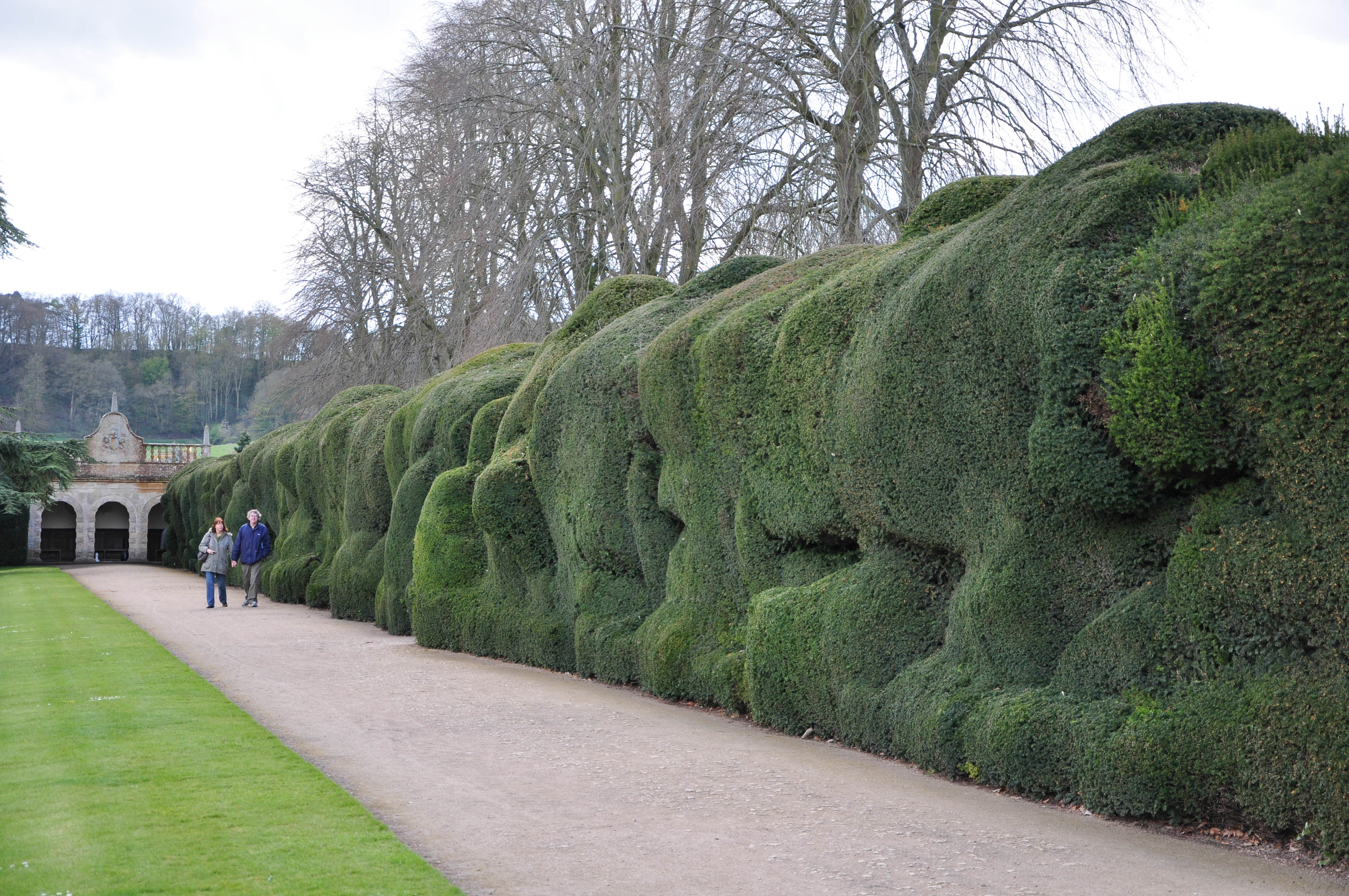 Montacute is also famous for its gardens, particularly the Irish Yew Hedges. They’re clipped into almost surreal shapes, reminiscent of something out of Star Wars. 🙂 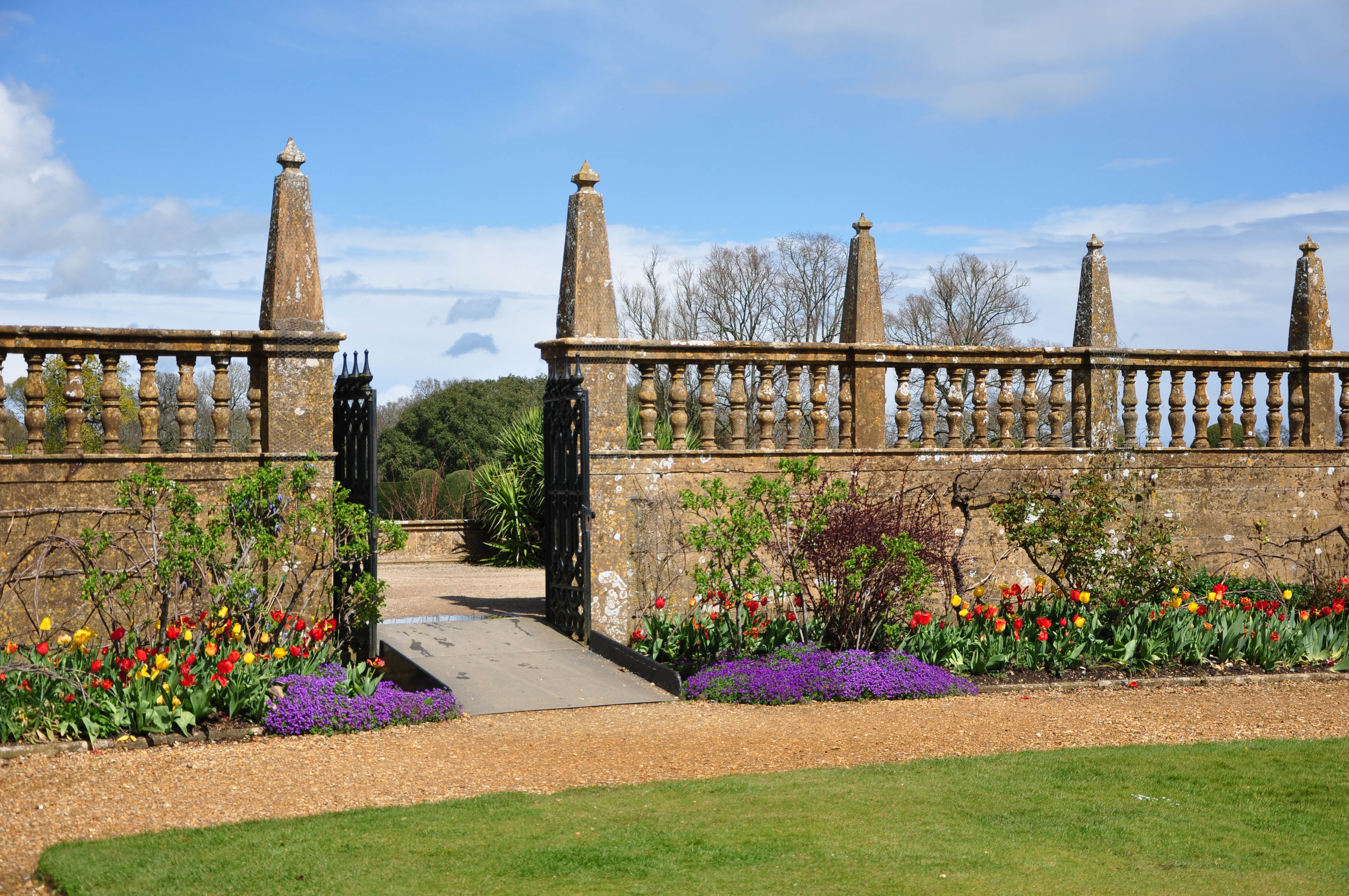 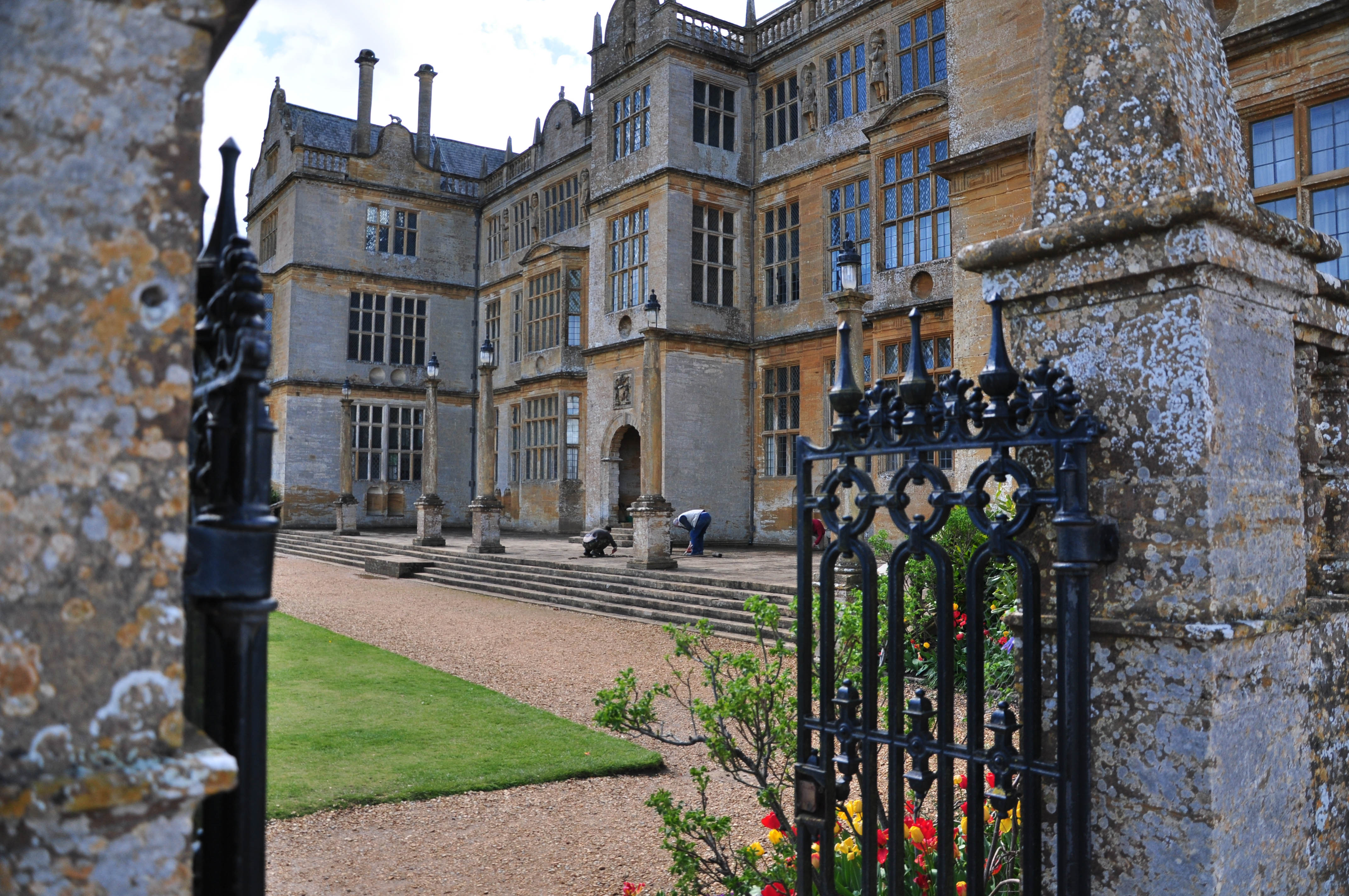 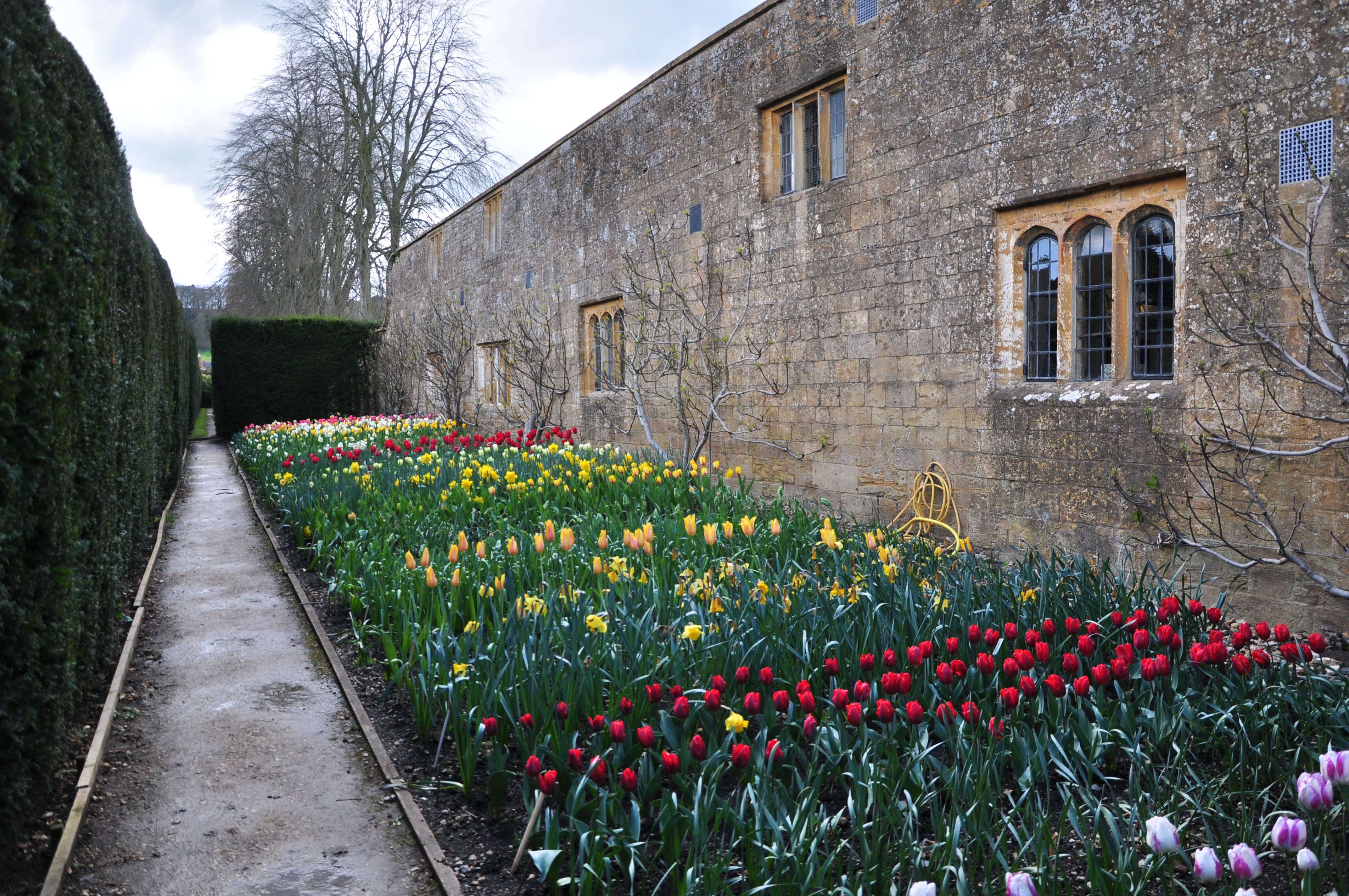 Vita Sackville-West of Sissinghurst Castle fame advised on the garden restoration shortly after WWII. We have her to thank for the beautiful rose garden, which was not in bloom during our visit, but I understand is well worth a look. 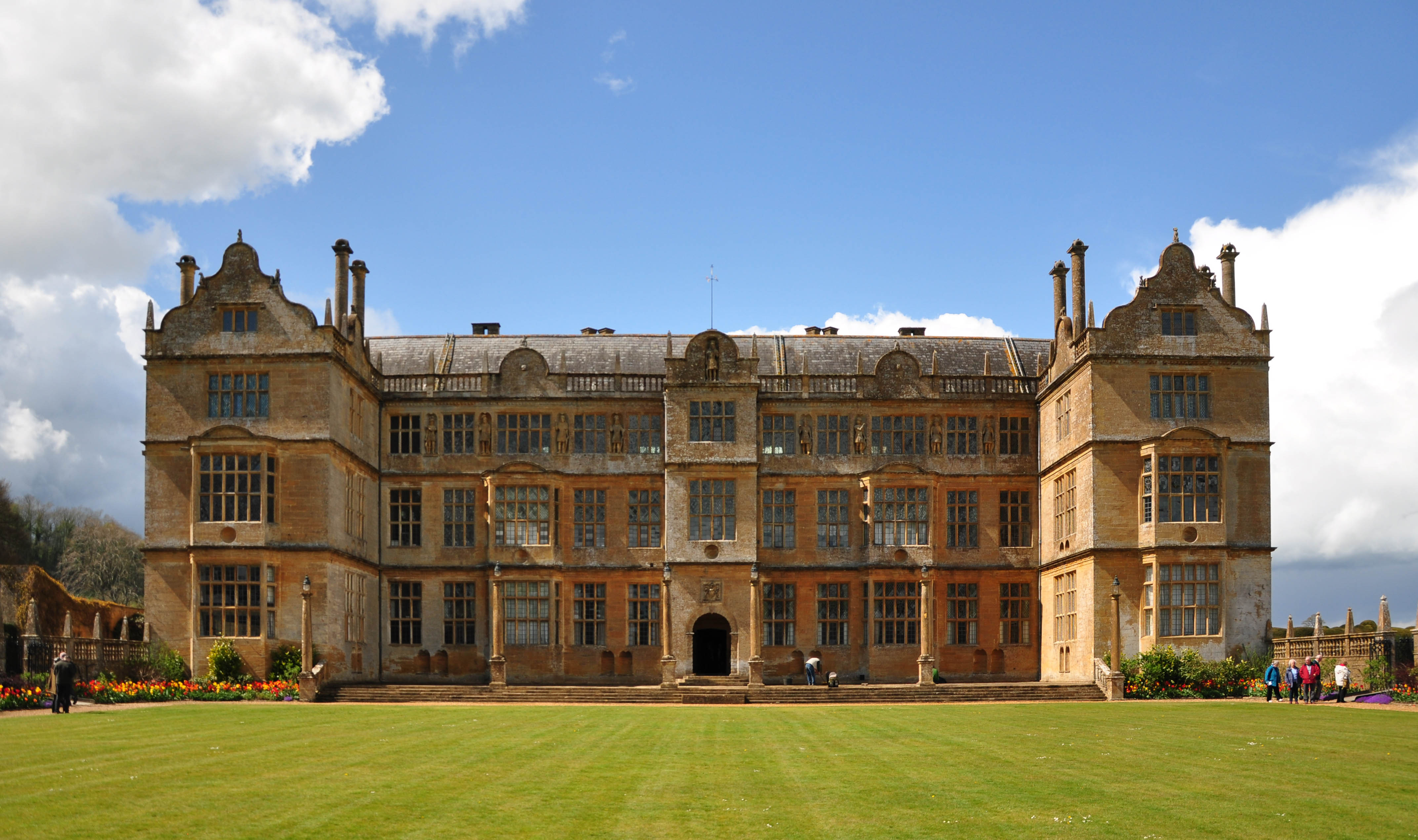 The East Facade of the House. We were fortunate to get a beautiful day; the stone just glows against the blue sky. This angle of the house provides the most complete look, and clearly shows the “E” floor plate so often seen in Elizabethan houses. 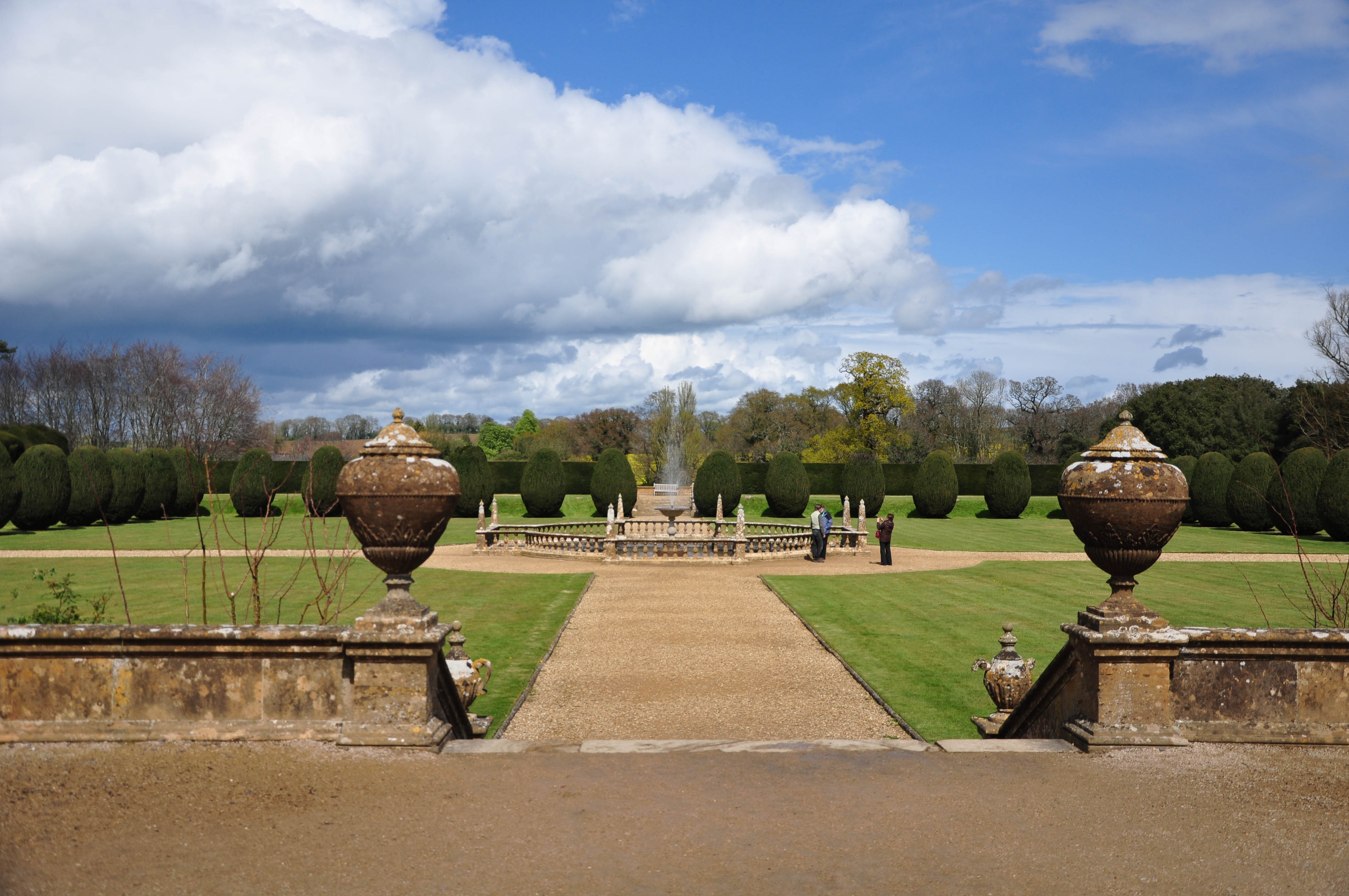 A view from the steps toward the formal garden. 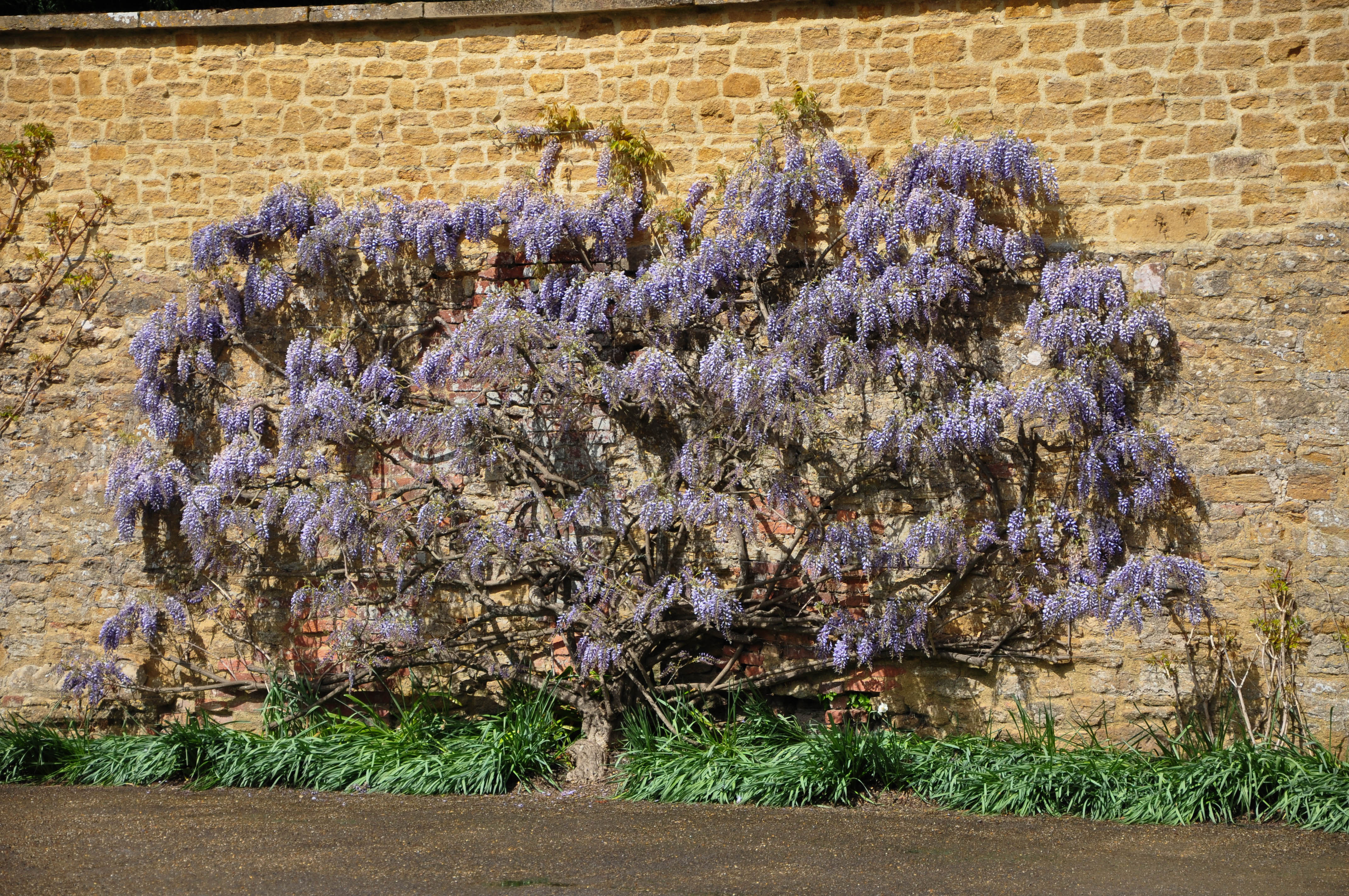 I will finish with a picture of the magnificent Wisteria, which I cannot seem to grow, no matter what I do. Apparently one has to practically starve the thing to death to get it to bloom. That and live in England, I am beginning to think.  Hmmm. Not such a bad thought…