It’s a Jungle Out There 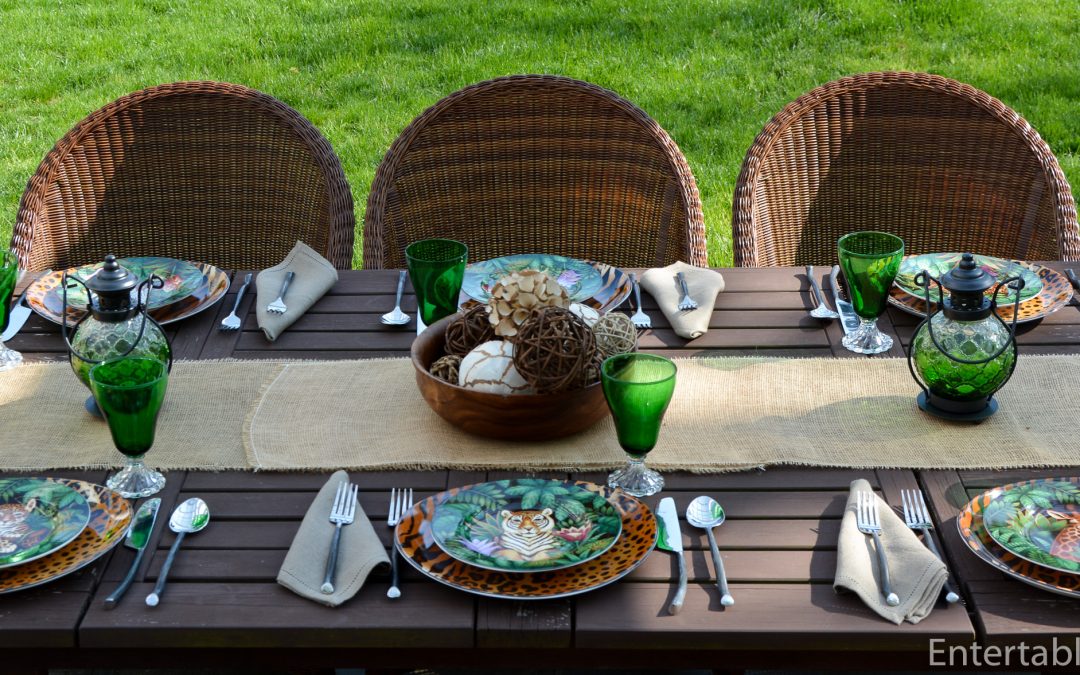 It’s impossible to be serious about this tablescape; pure fun leaps from every plate. 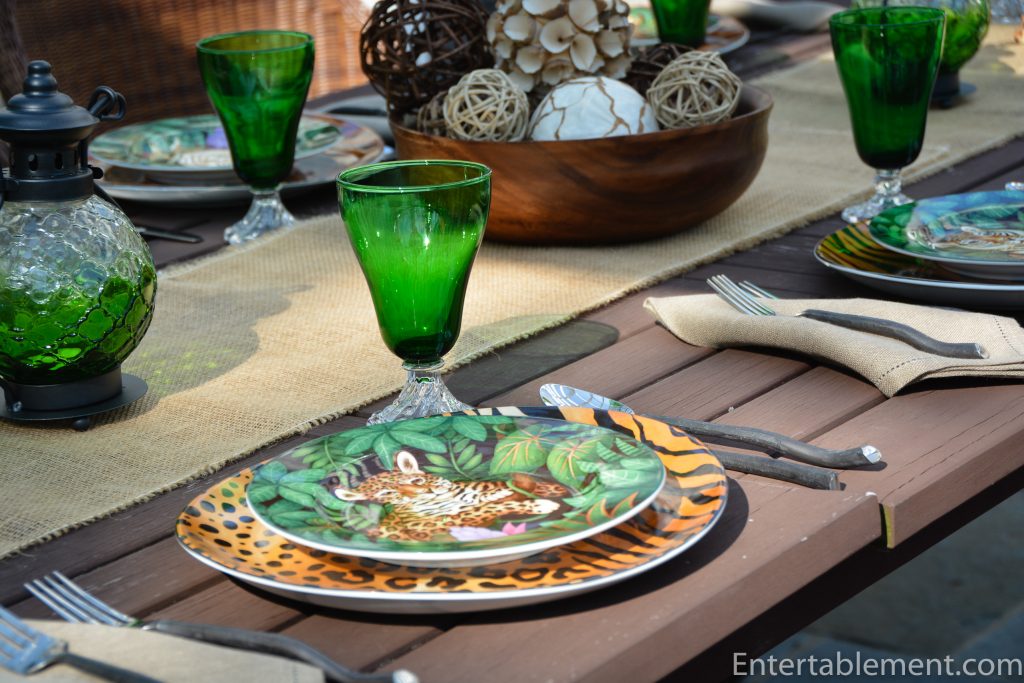 I discovered the pattern a few years ago through an email from Replacements featuring a number of different animal patterns, from very expensive to very reasonable. It was my introduction to Sakura, and I was astonished at how inexpensive the plates are: $9.99 for four salad plates. 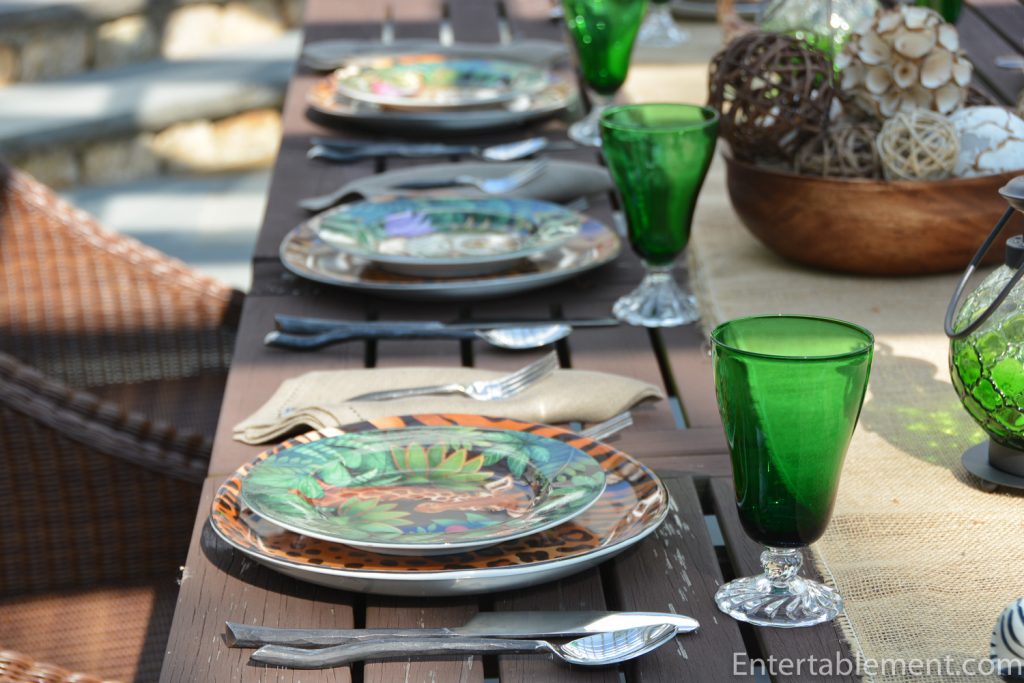 Four different animals peek out from behind a vivid green background on the Jungle salad plate. We have a giraffe, which is not technically a jungle animal, but I guess we’re covered with the dinner plate called Serengeti (that one is harder to track down). 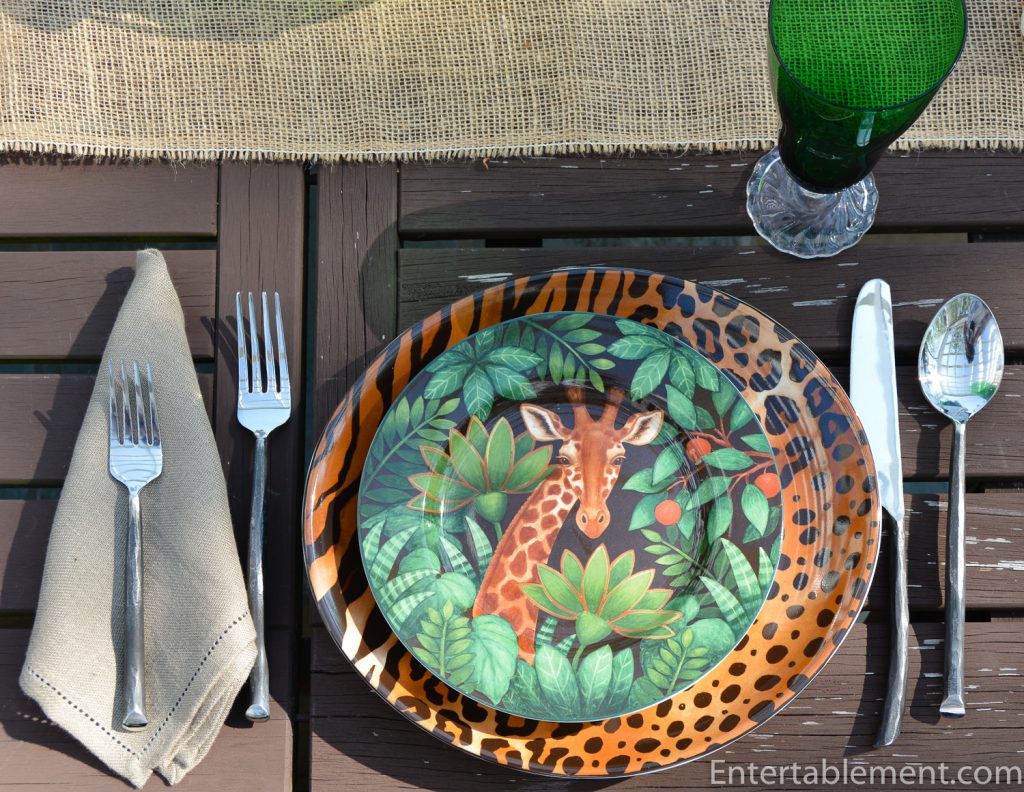 Then another non-jungle Jungle animal, the zebra. 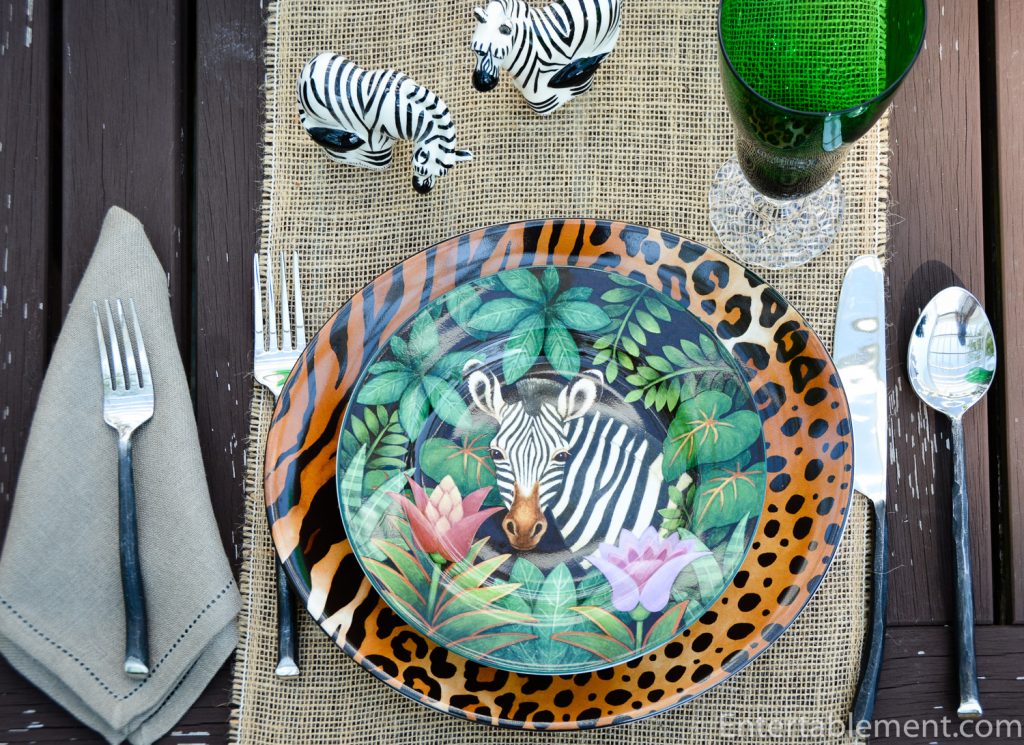 A quite magnificent tiger. 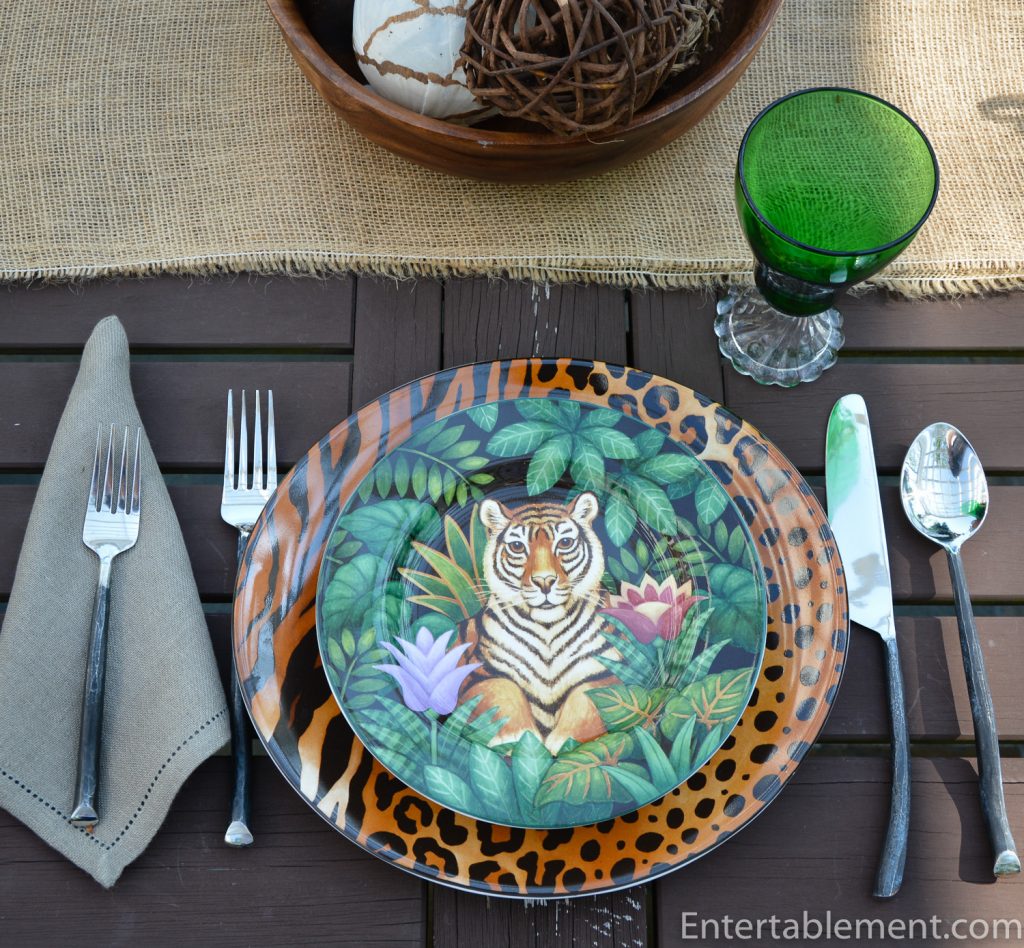 And lastly, a rather cuddly looking leopard. I looked up the difference between a cheetah and a leopard, as they look very similar. The cheetah has an extra black stripe running around the snout, from the eye to the opening of the jaw, so this guy is definitely a leopard. 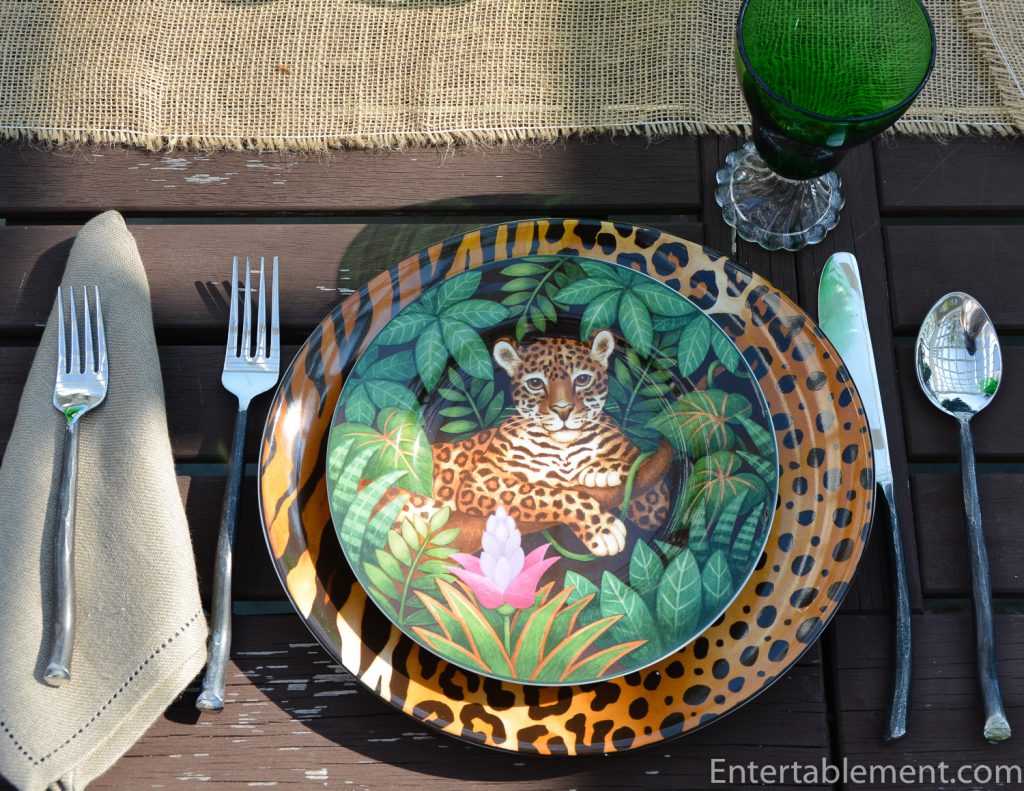 At first, I was going to go with a bunch of large-leafed green plant material down the centre of the table, with some brightly coloured flowers added in, similar to those on the salad plates. 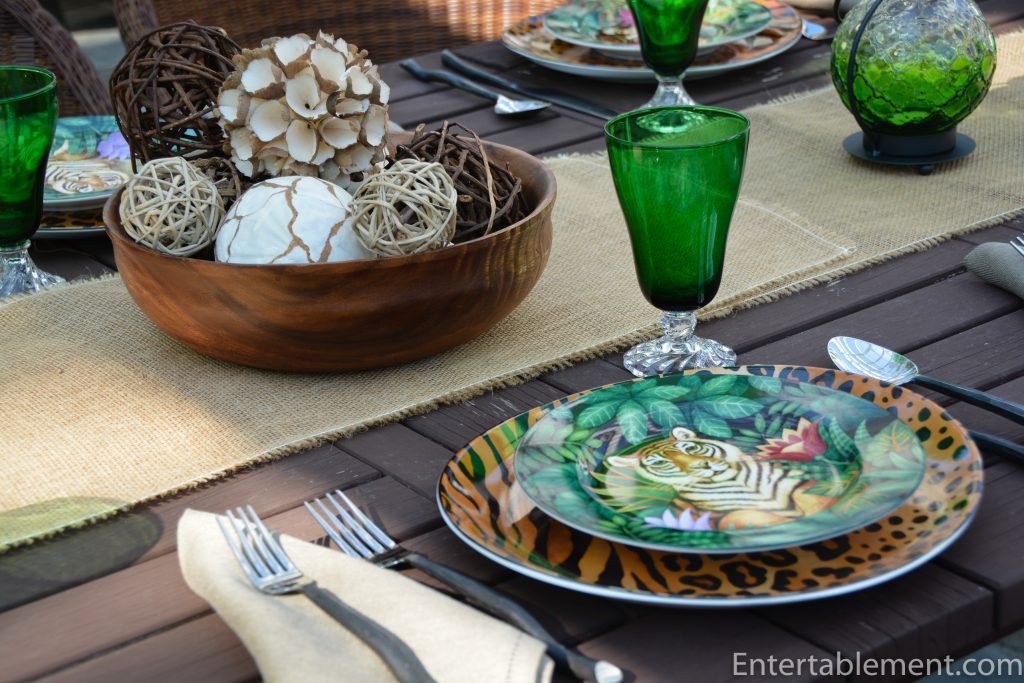 But then I found these rattan and wood shaving balls at Homegoods. They did the trick nicely. 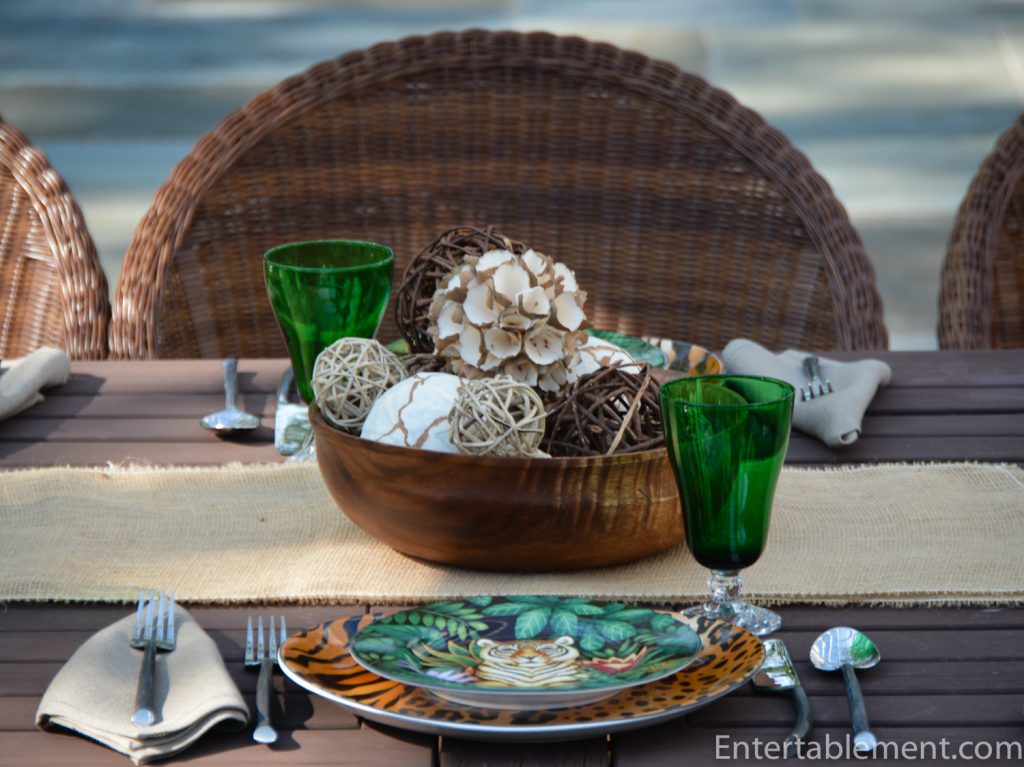 So off we went on safari. 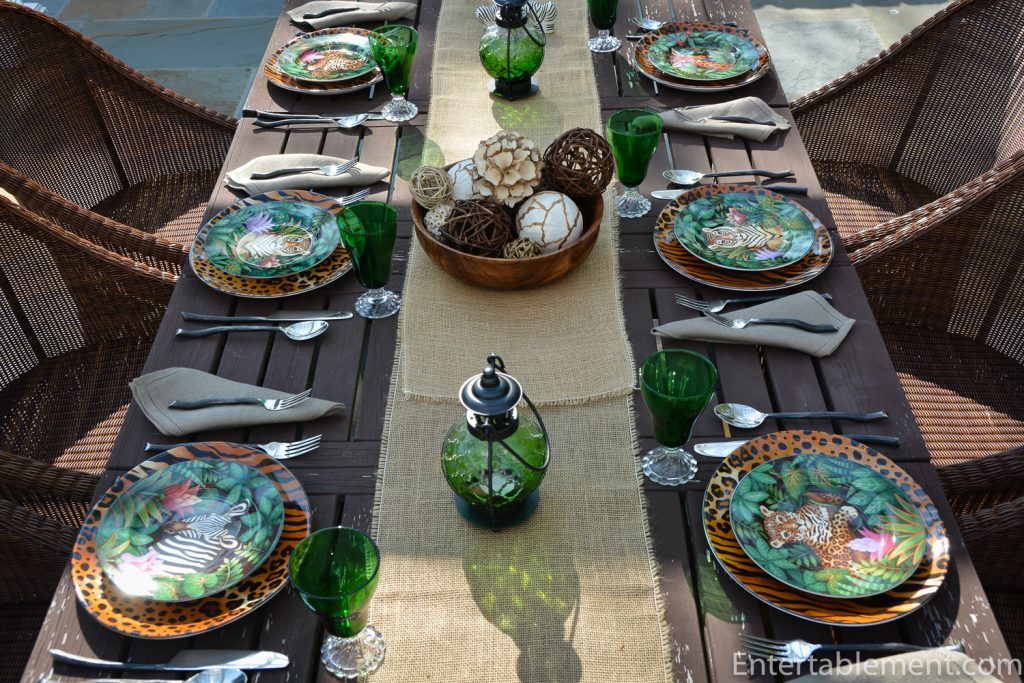 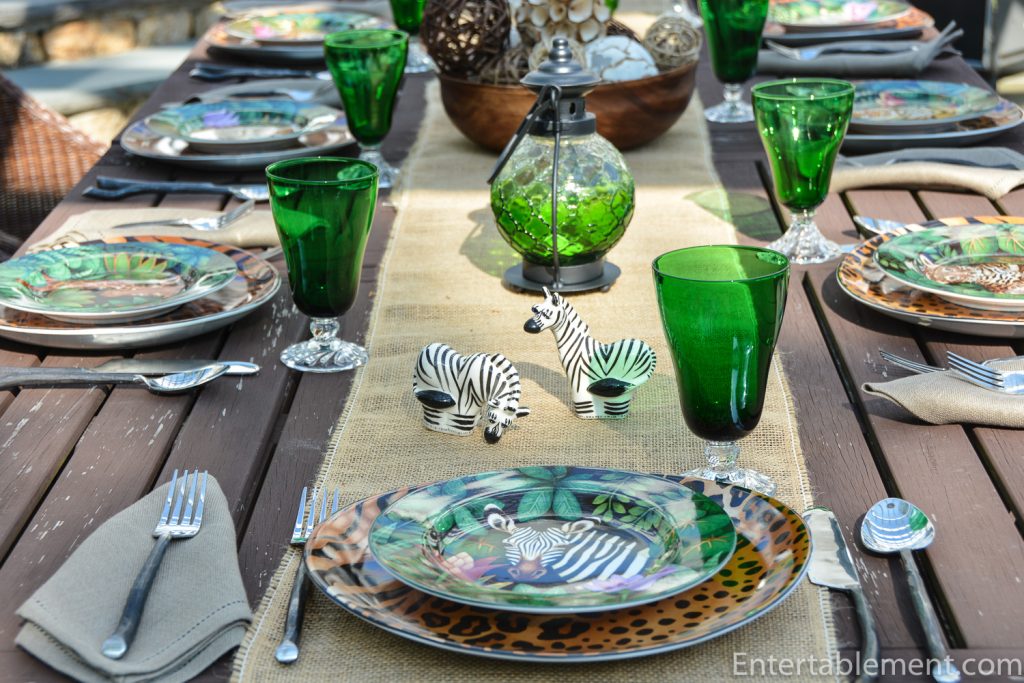 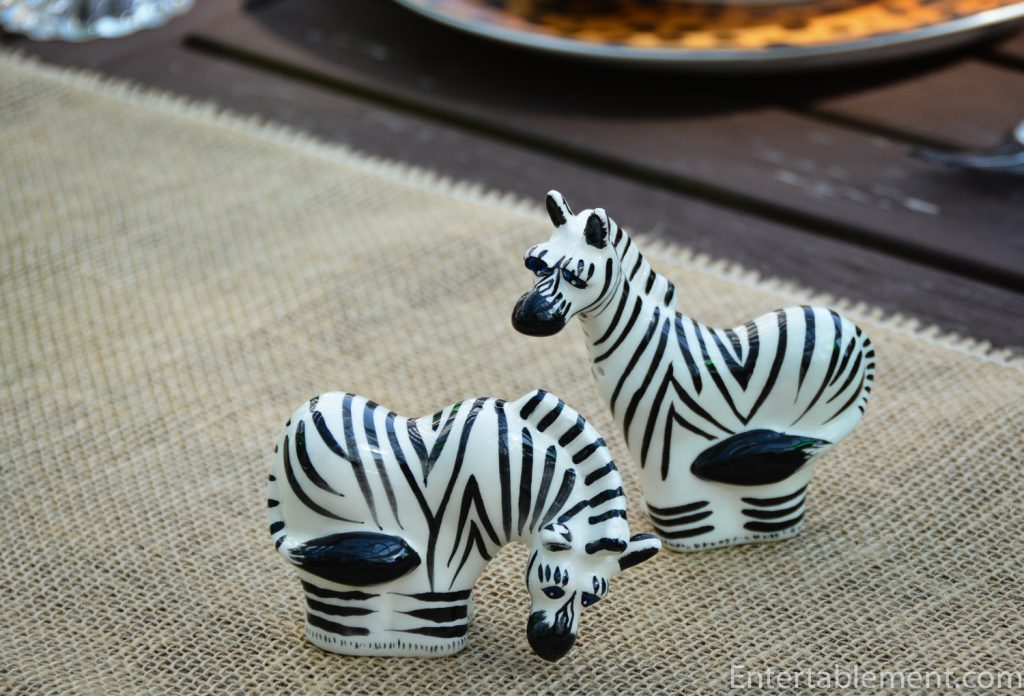 Followed by some very friendly giraffes. There is a small magnet that holds the set together. Adorable. 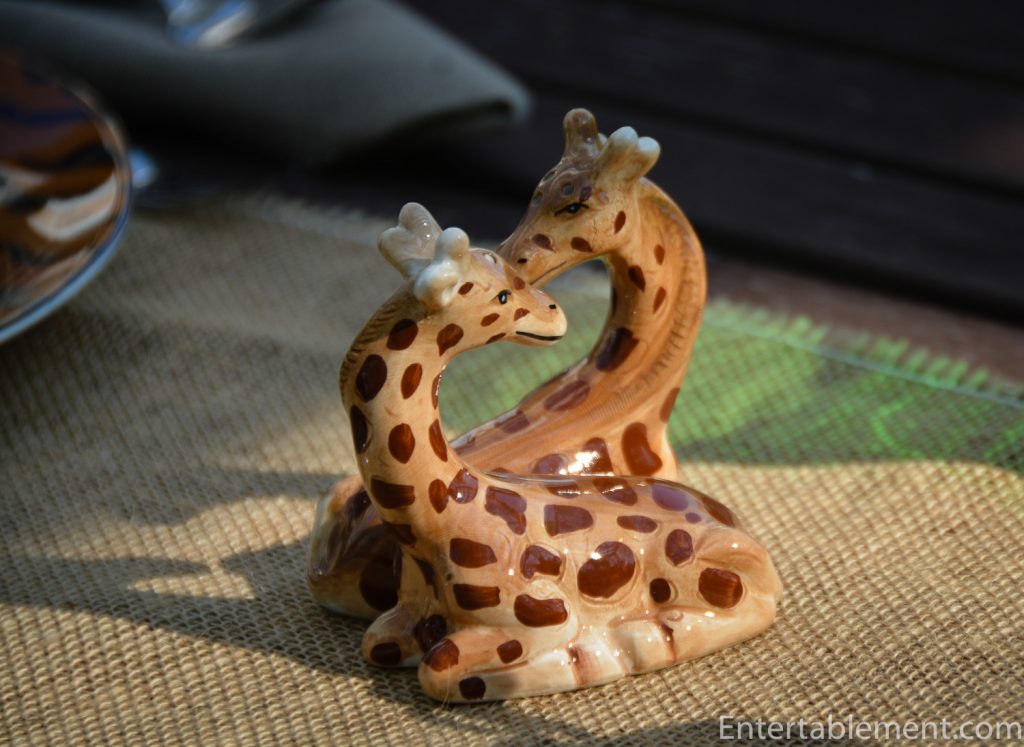 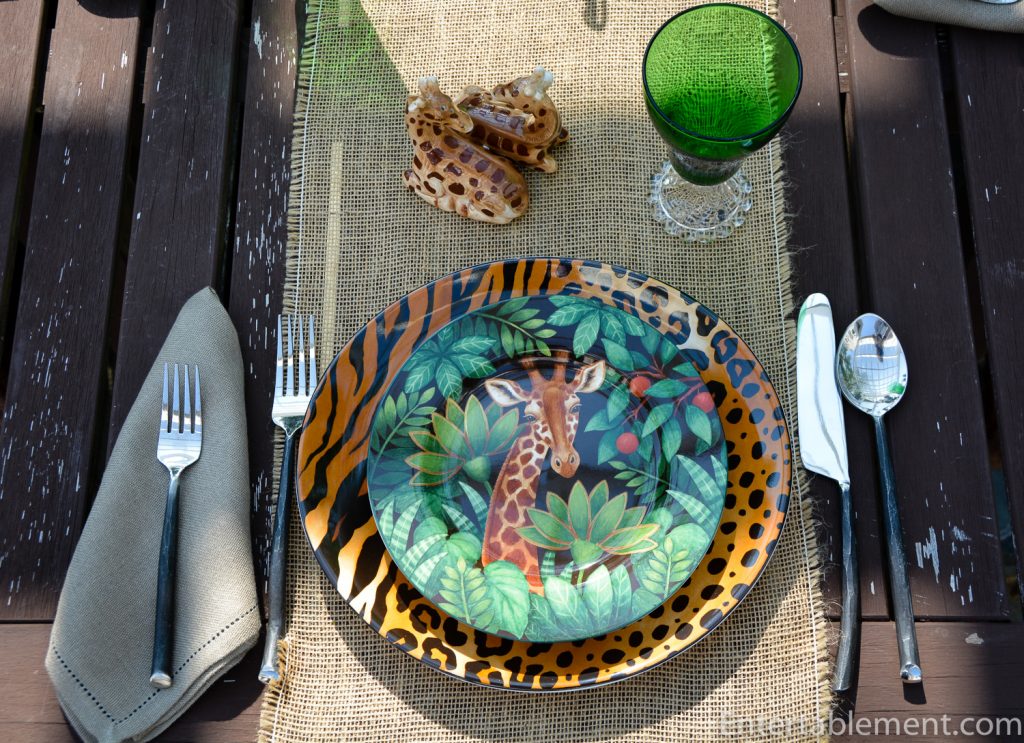 To pick up the greens in the plates, I used vintage Colonial Dame green iced tea glasses by Fostoria. 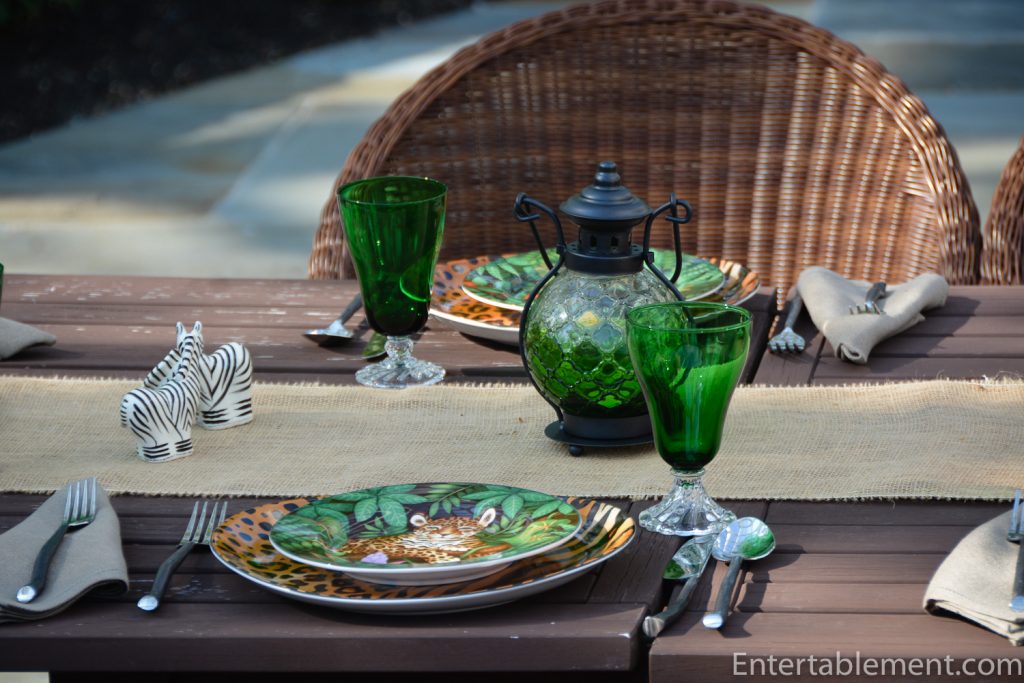 And some lanterns from Pier 1 a couple of years ago. 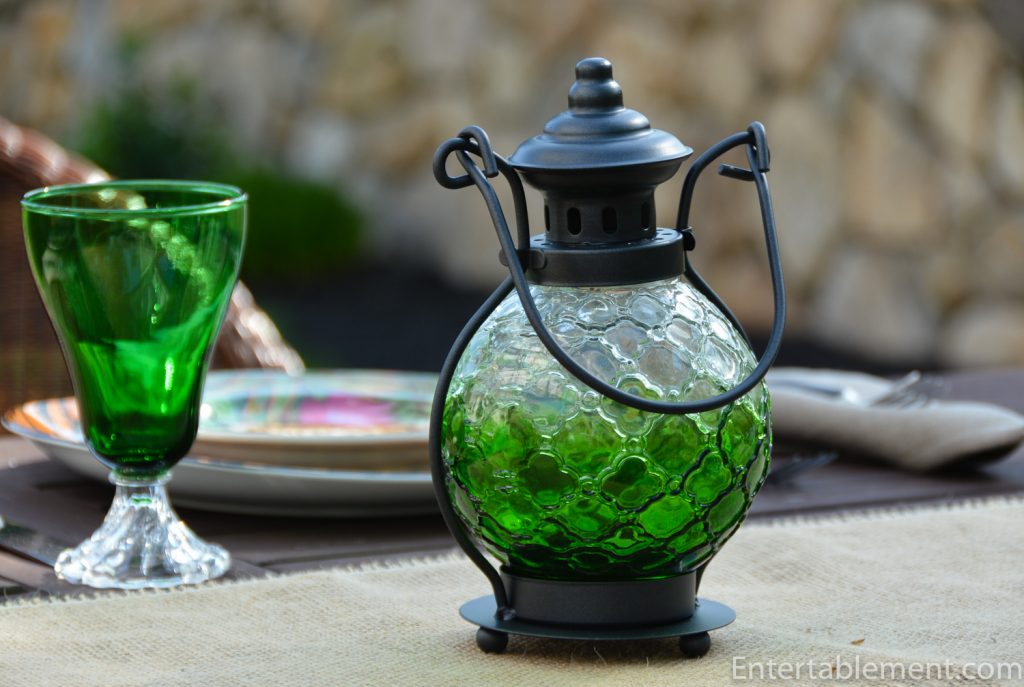 I can’t wait to use these plates when the granddaughters visit. What a hoot that will be. 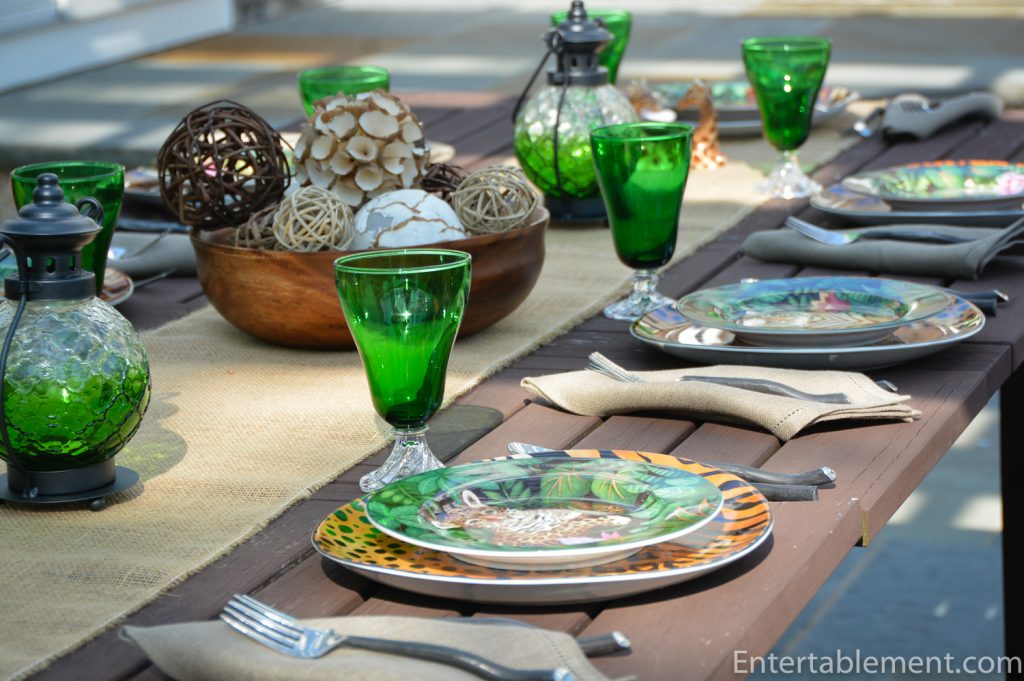 A real safari is on our list of trips-to-come. A definitely must! 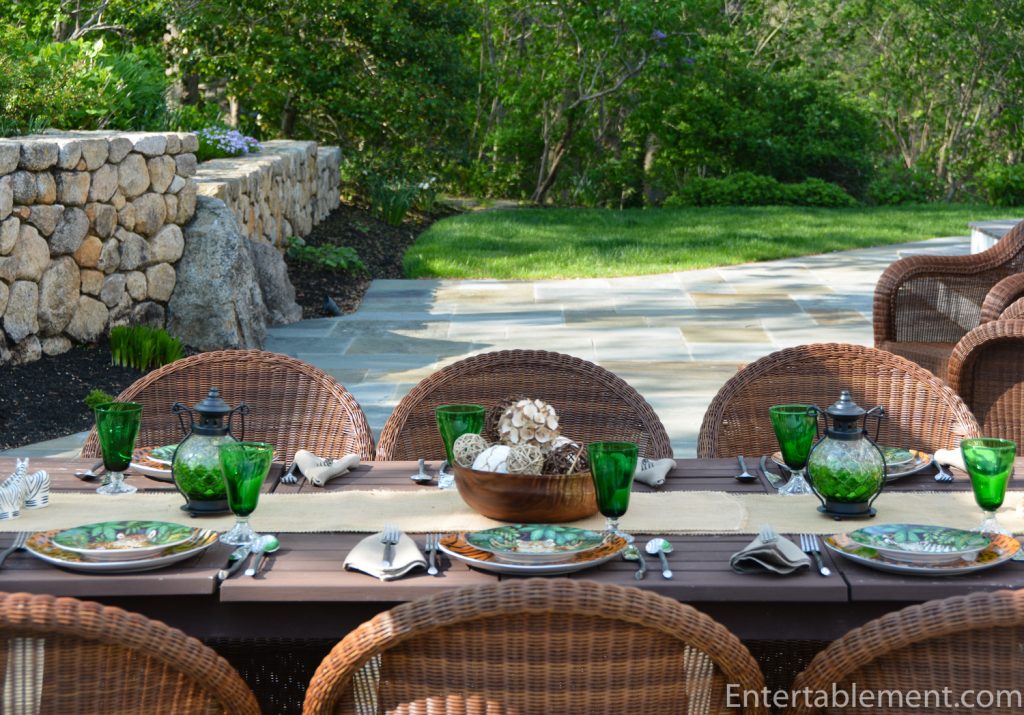 In the meantime, I will continue to watch Out of Africa every year to get my safari fix; that movie never gets old. The scenery is spellbinding, and I adore her house with the wide veranda. As an added inducement, I recently discovered that Berkley Cole is played by Michael Kitchen, the imperturbable Detective Chief Superintendent Foyle from Foyle’s War.  If you haven’t seen that series, you’re in for a treat. Created by Anthony Horowitz after Inspector Morse wound up, it’s an 8 part series set in Hastings during the Second World War. It’s fabulous. 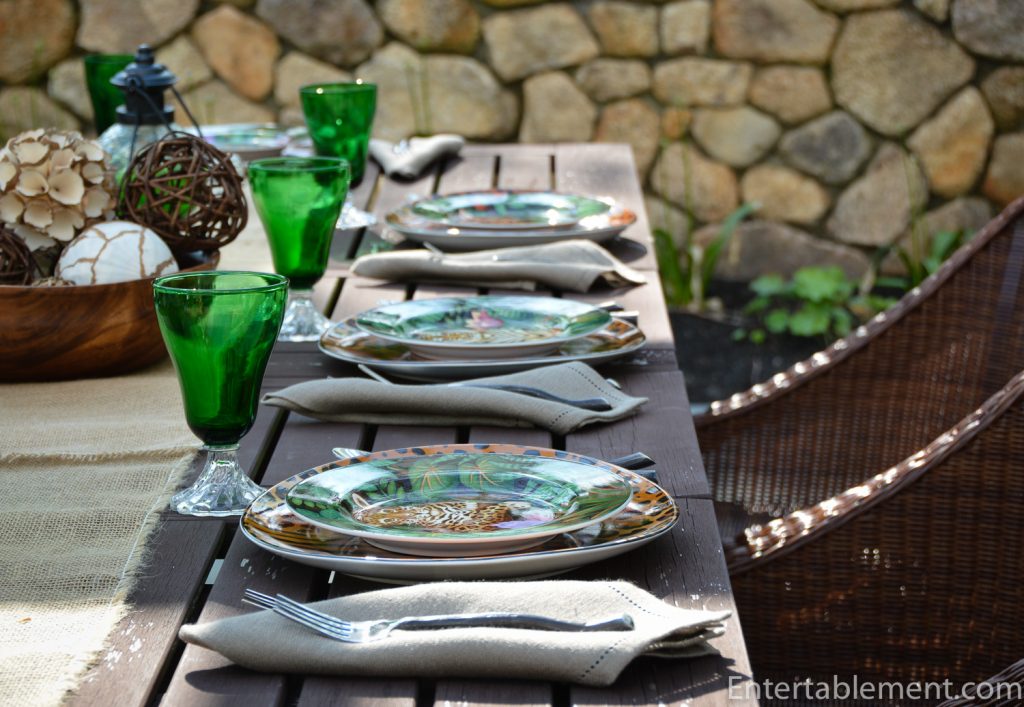 Back to one last look at the table. 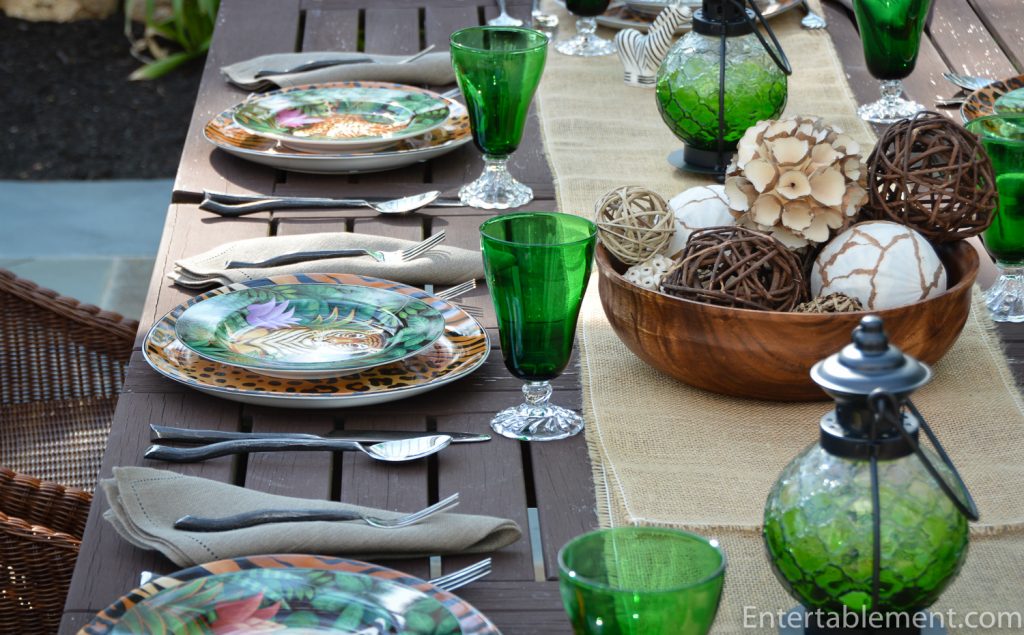 Have a lovely day, everyone! 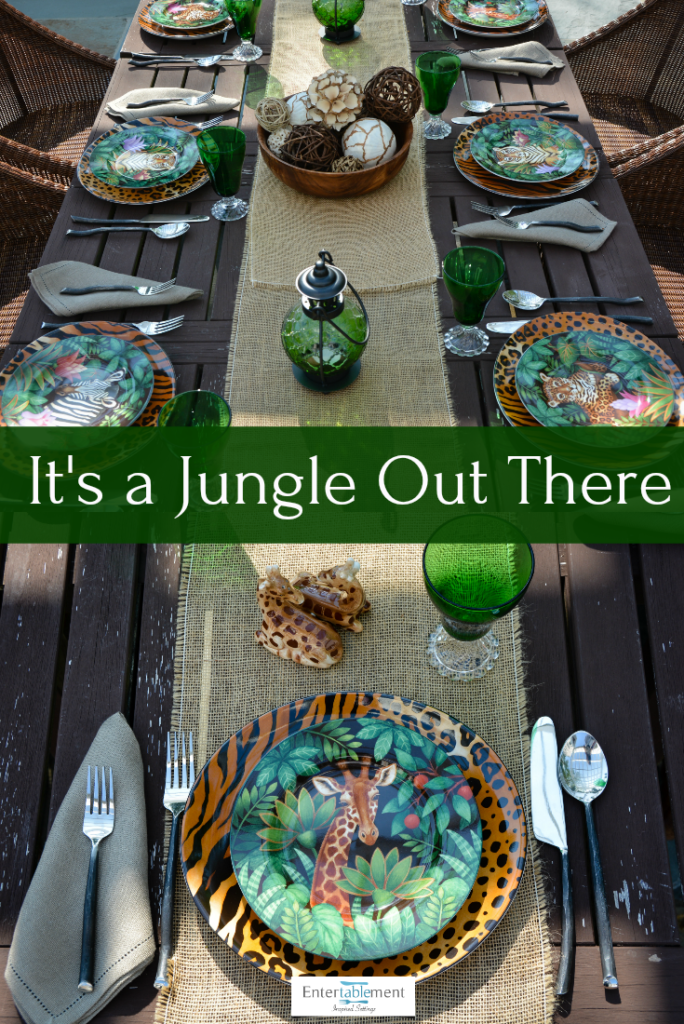