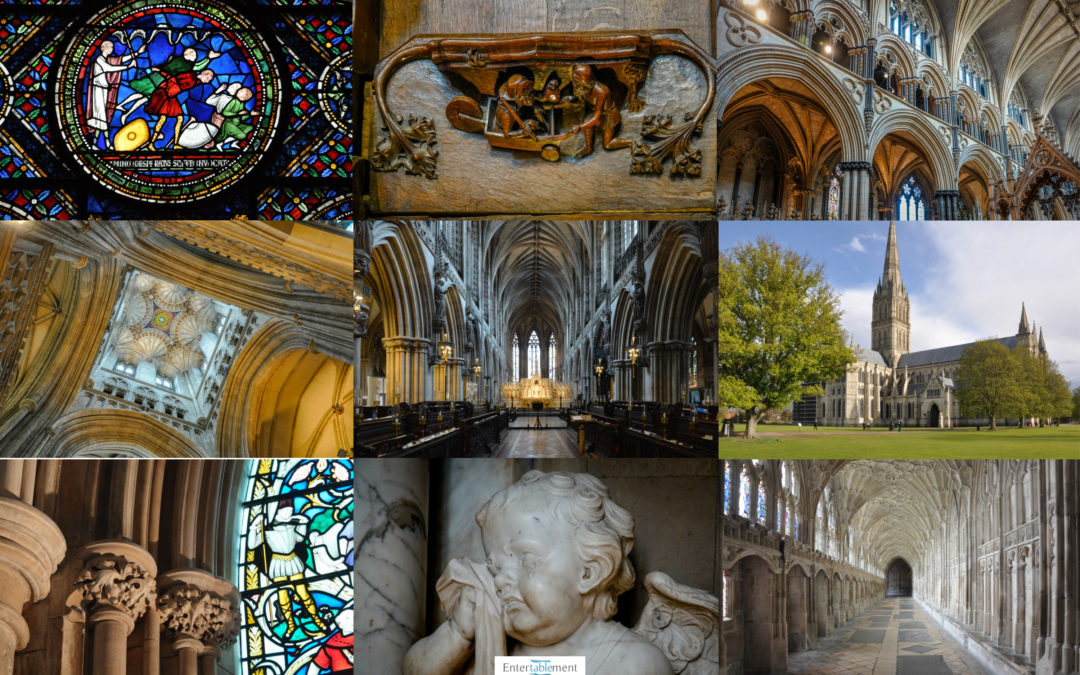 Friends and followers of Entertablement have asked me about my fascination with English cathedrals. It’s an odd focus, I readily concede, and until very recently, I struggled to articulate a satisfactory answer.  Upon reading the marvellous book, England’s Cathedrals by Simon Jenkins (a gift from my wonderful business partner, Gordon) I found the perfect words to articulate what I had instinctively felt: 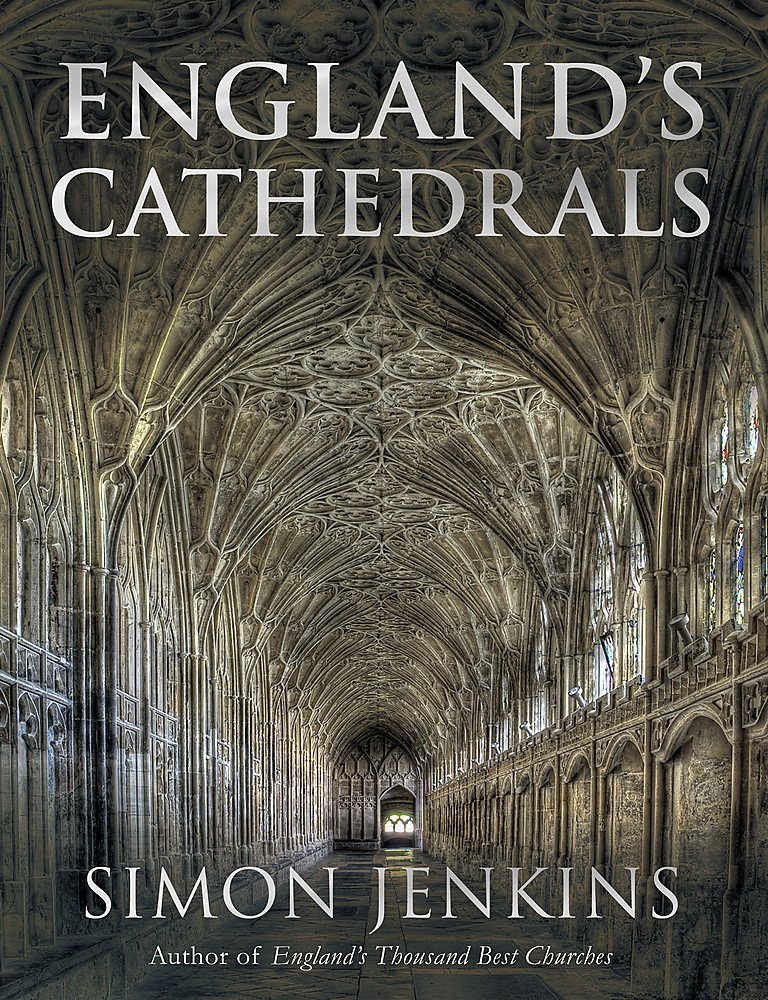 “The medieval cathedral is the most spectacular and lasting accomplishment of the English people. For over a thousand years cathedrals have towered over England’s cities, towns, and countryside. They are grander than palaces, castles or mansions. No building of such size was built until the Victorian age, seven centuries later. These cathedrals have been destinations of pilgrimage for those seeking consolation in faith or beauty in art. They have inspired preachers, painters, and poets. Properly conserved, they should last for ever.”

That’s it. The churches, and particularly the cathedrals of England, are highly visible and readily accessible pieces of history. They draw a consistent thread, from the quaint country village of Castle Combe to the medieval town of York, to the Victorian industrial town of Manchester,  to the city of London with its towering edifices of St. Paul’s Cathedral and Westminster Abbey. Need to find the centre of town? Just look for the church or cathedral spire. Struggling to understand the historical significance of the various Monarchs, along with the highs and lows of their reigns? The history of the cathedrals is there right alongside. What did Wiliam the Conqueror do on the heels of his victory at the Battle of Hastings on October 14, 1066? He had his Coronation on Christmas Day of that same year at Westminster Abbey to legitimize his authority, 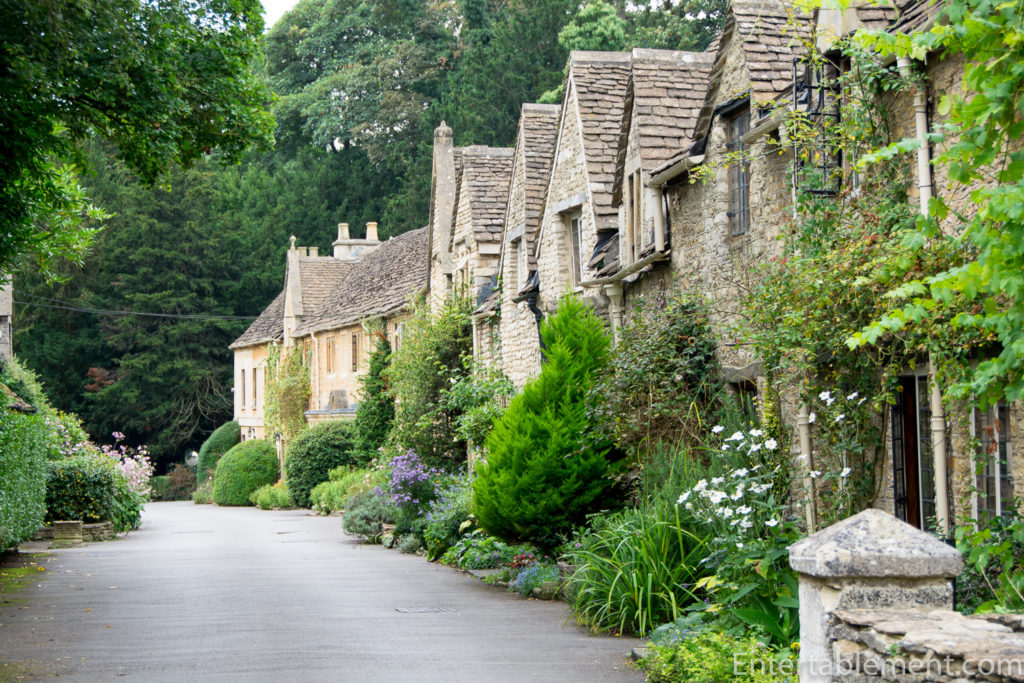 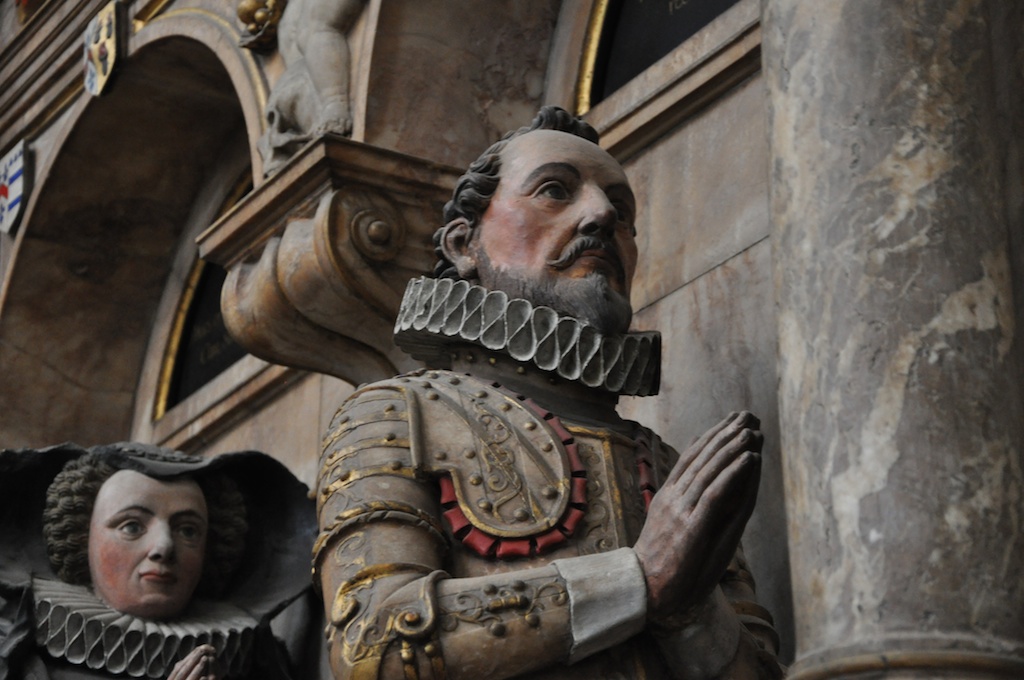 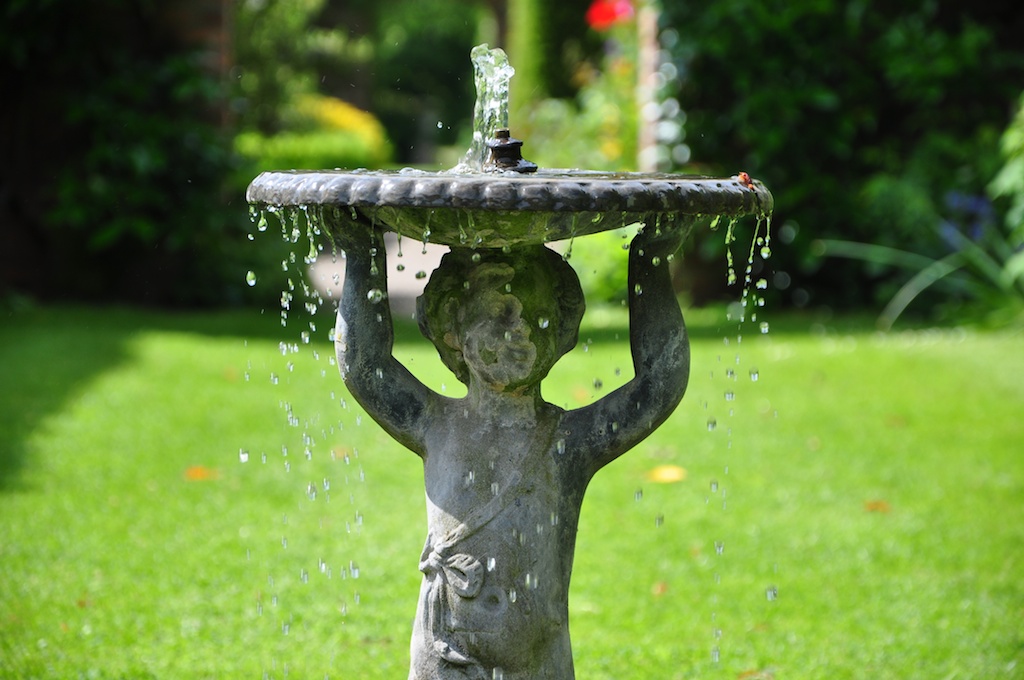 The Cathedral bug bit around 2012. Exeter Cathedral was the first one I visited with my newly acquired DSLR camera in hand. The point-and-shoot I’d been using was not up to the task and this was well before the advent of the phone camera. I was both an unskilled and uninformed photographer; I knew little of the significance of the wartime bombing of the town of Exeter and was struggling to get a decent shot of the Cathedral itself. Disappointed in the frankly ugly buildings from the post-war reconstruction of downtown Exeter, and the amateurish shots I’d managed to snap of the Cathedral, it wouldn’t have been surprising if Exeter had been both the first and last cathedral I photographed. 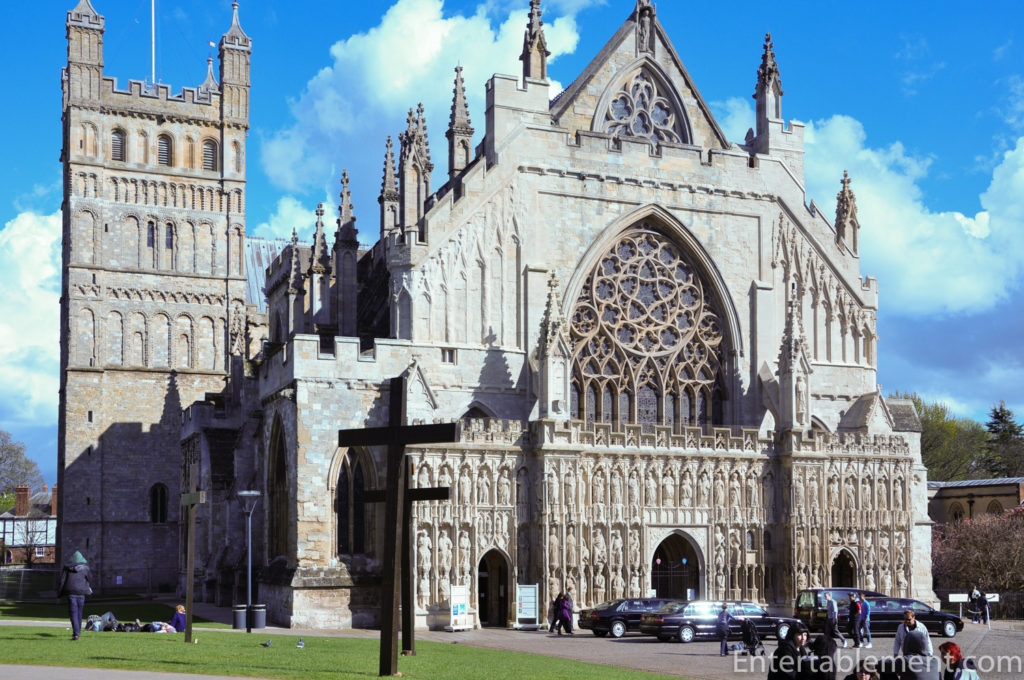 But then we visited the town of Bath with its Georgian architecture, storied Pump Room, Roman Baths and Bath Abbey with its exquisite fan vaulting. A longtime fan of Georgette Heyer, her novels Bath Tangle, A Lady of Quality, and Black Sheep are all set in Bath, and I eagerly traced the steps of the characters of the novels by shopping in Milsom Street, exploring the delights of the Sydney Gardens and taking tea at the Pump Room (I gave the waters a miss). 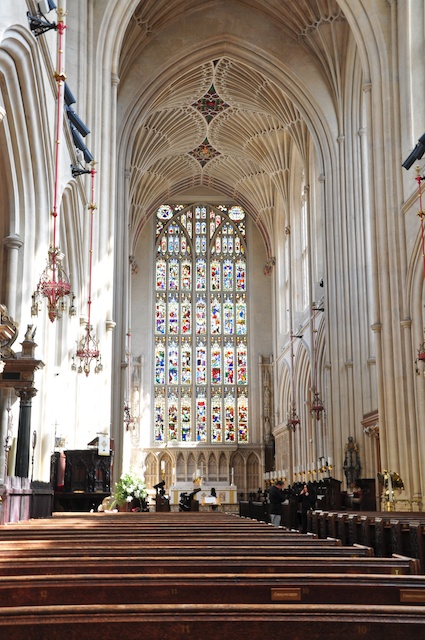 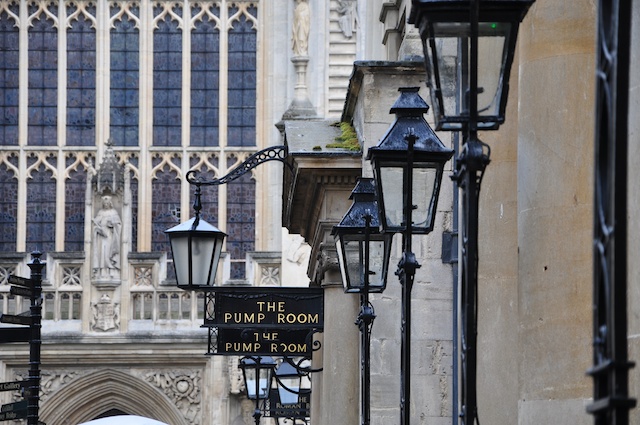 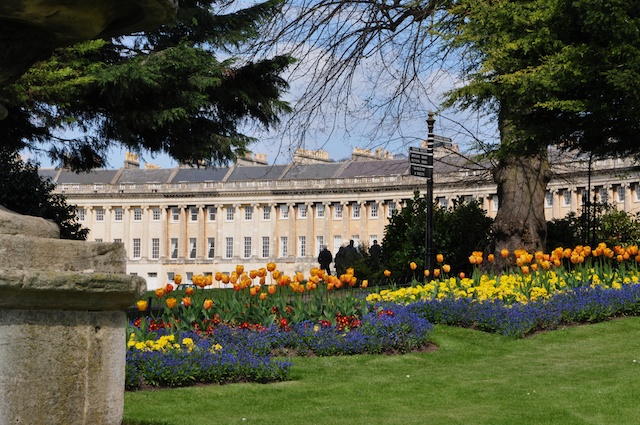 From there, it was a short hop to Wells Cathedral with its facade filled with statues… 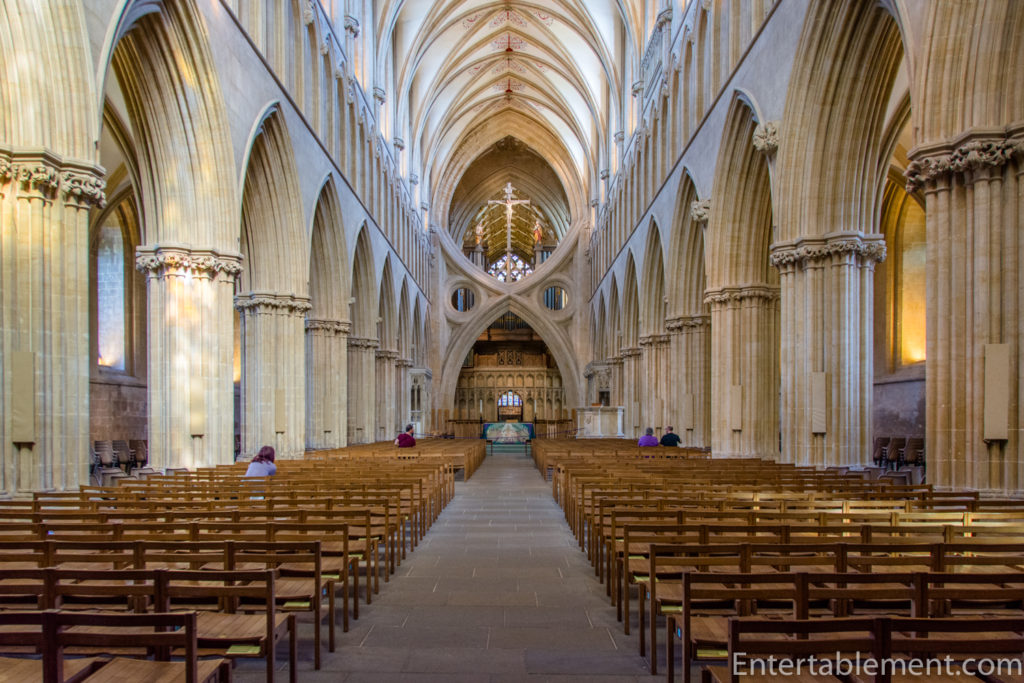 and beguiling Louis, the marmalade Cathedral cat. I was hooked. 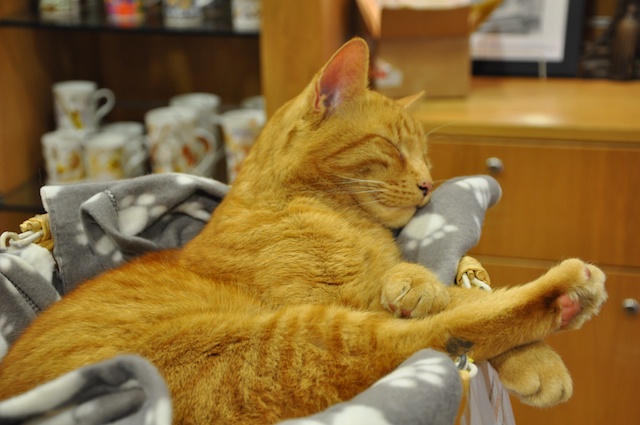 Our visit to England in 2012 was followed by annual, then semi-annual trips so that Glenn could attend Goodwood vintage race car events. 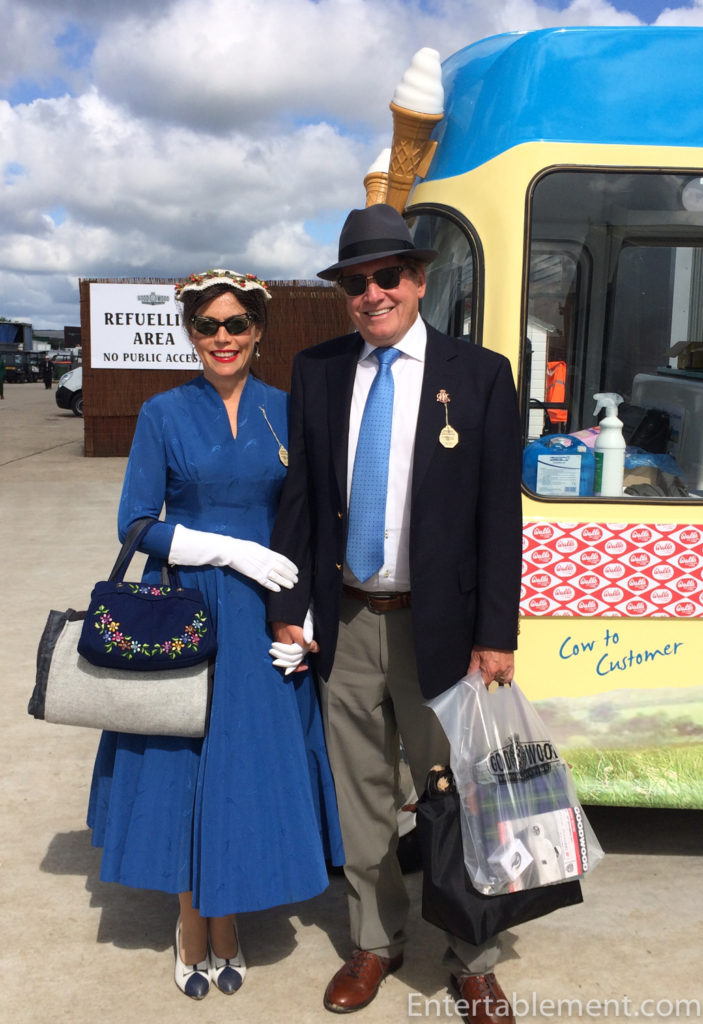 Slowly the idea of photographing all 42 Anglican Cathedrals took hold and our trips took on a certain rhythm. We start or end in London and in between we stay at self-catering accommodation for a few days or up to a week. We like Unique Home Stays, the National Trust or the sites of the great houses themselves, like Chatsworth. 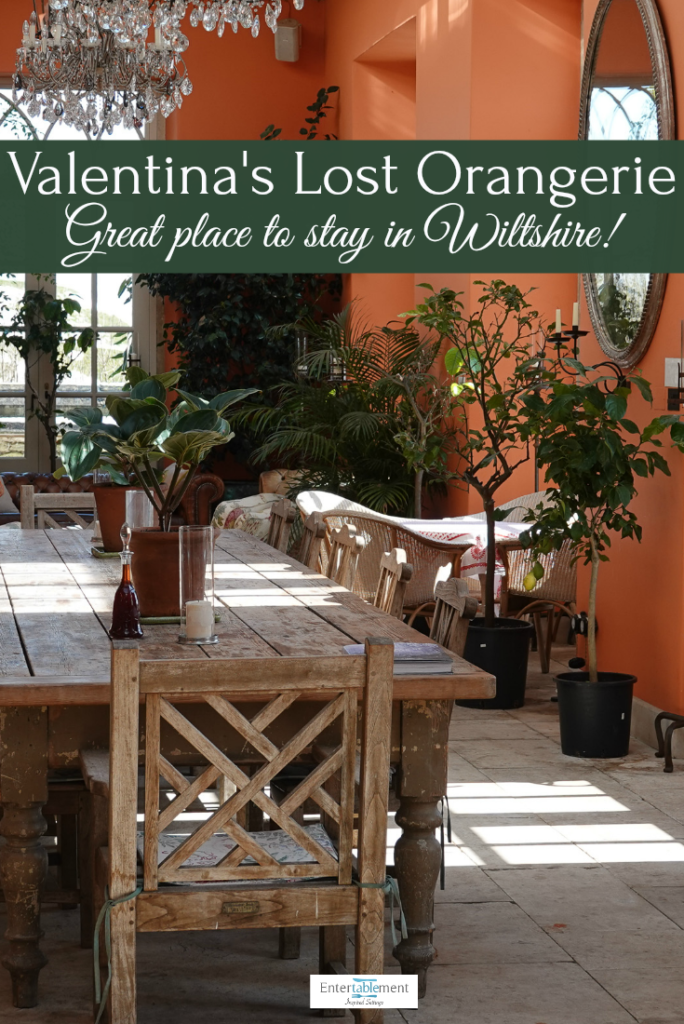 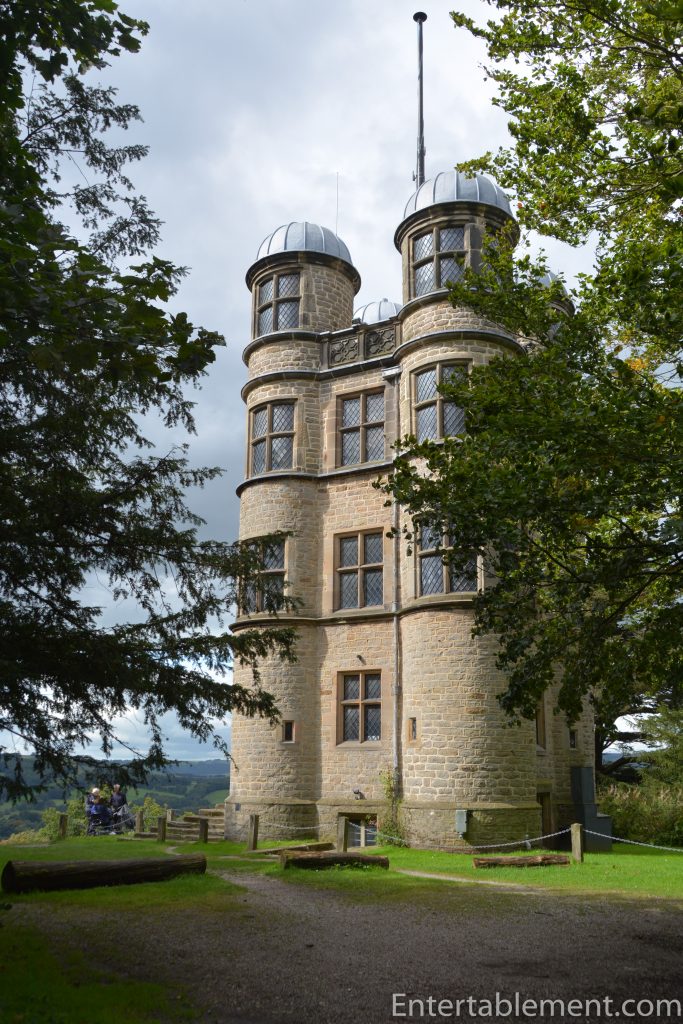 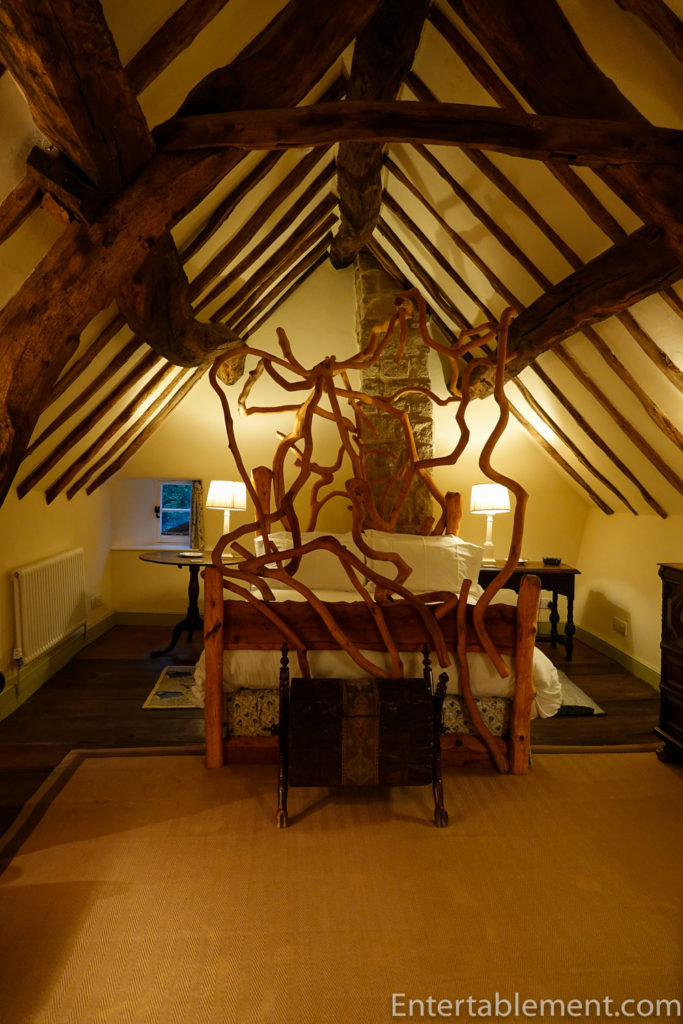 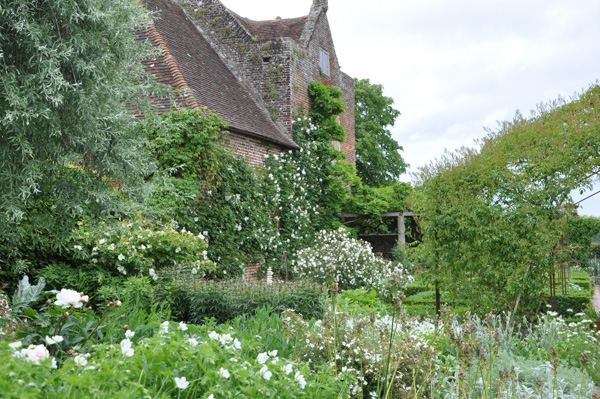 We fan out from those bases to see stately homes and castles and I work my way down the list of cathedrals. Along the way, we stop for picturesque towns, notable parish churches, abbeys, vintage car museums, farm markets, and pubs. Some would describe it as boring (why are you always going back to England?) but it suits us. 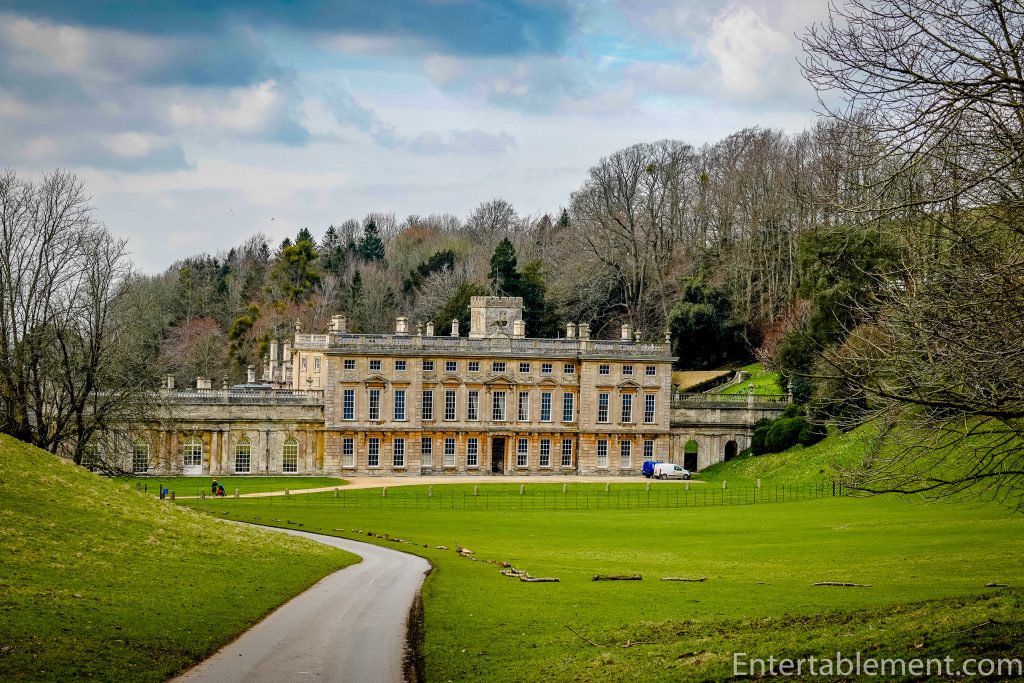 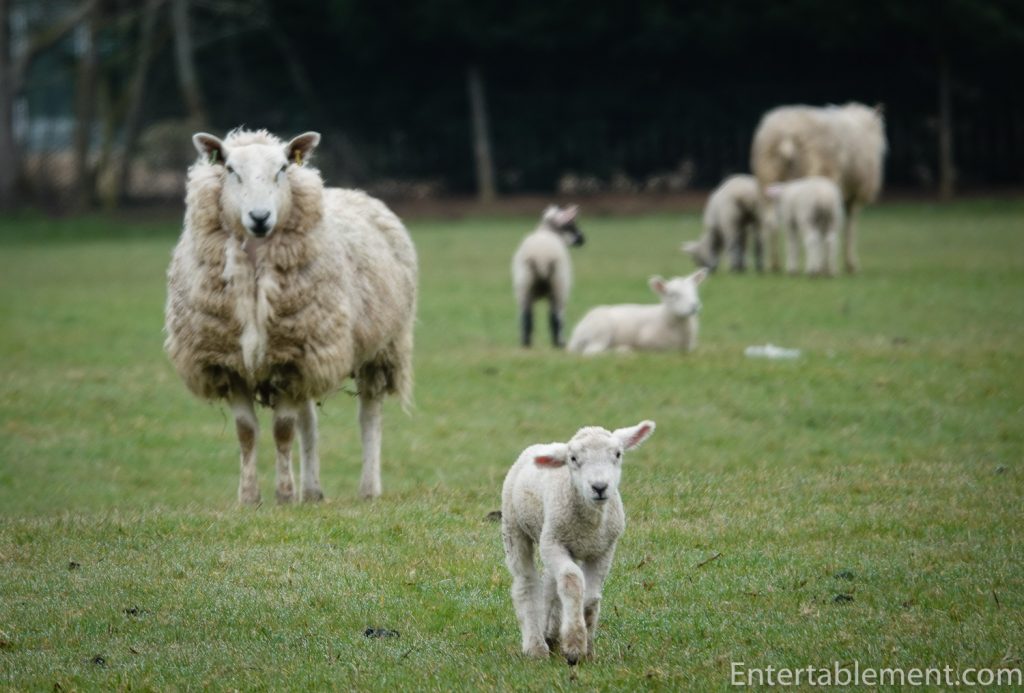 Spring in the English Countryside 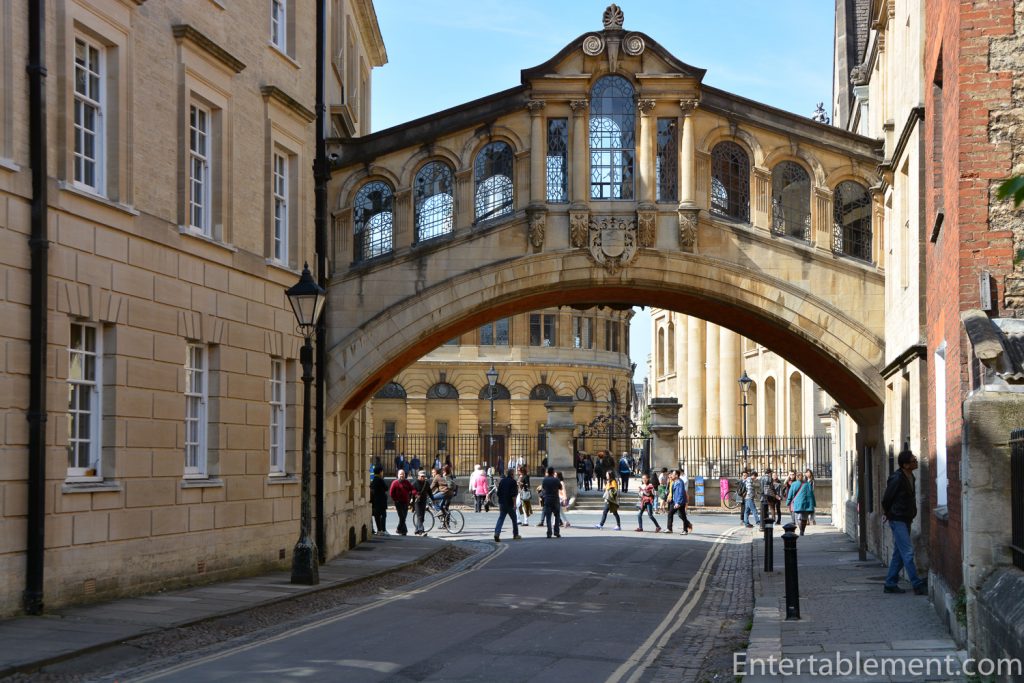 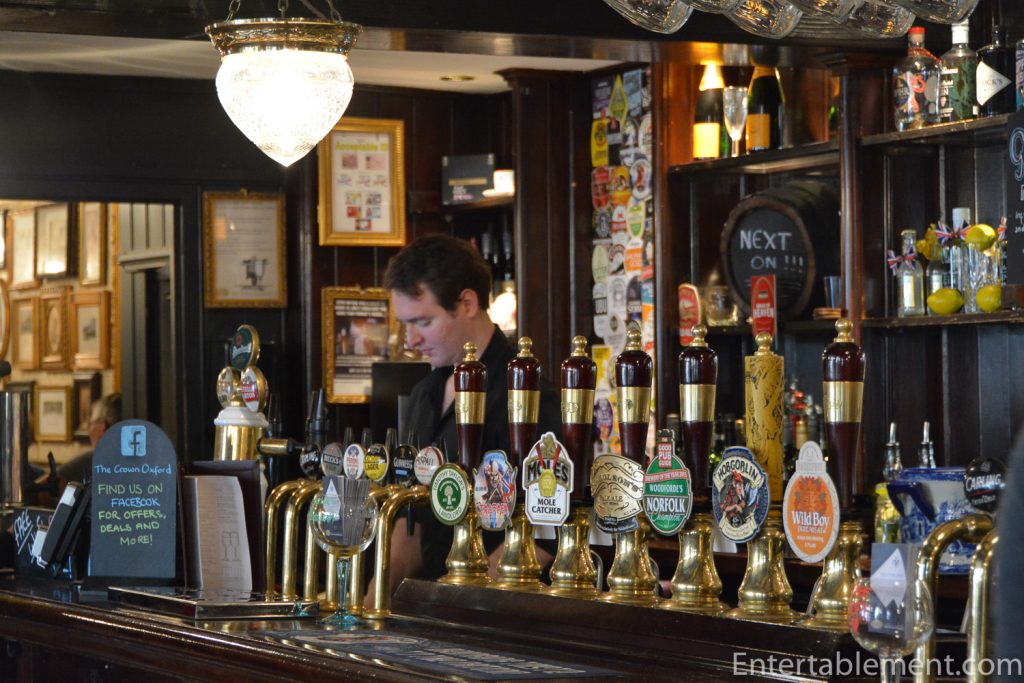 Stopping for a pint 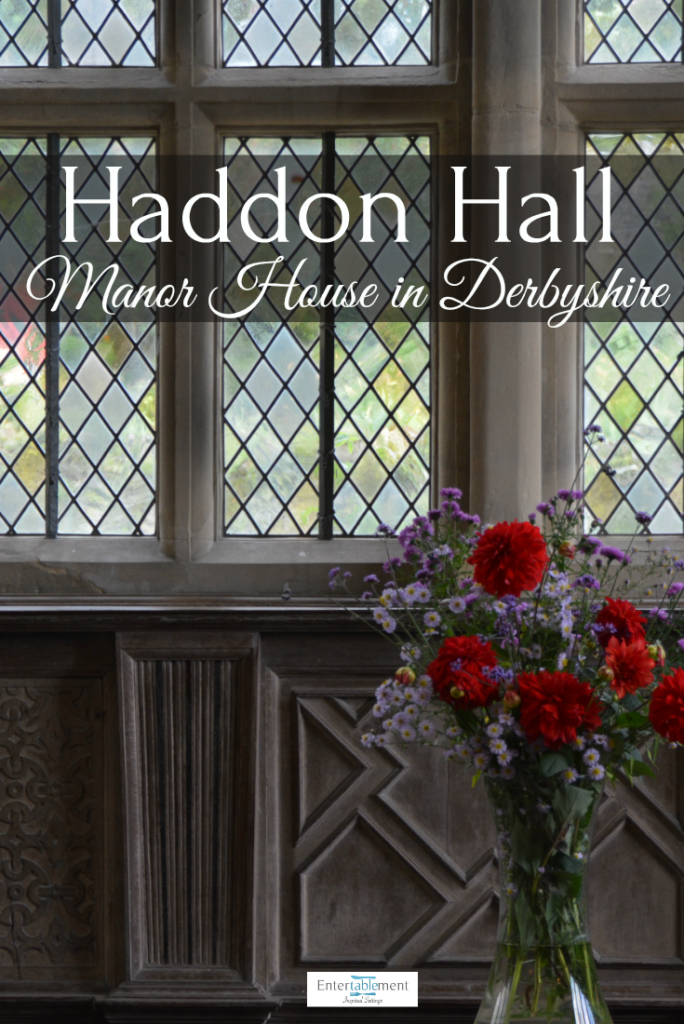 Inevitably, as my photography and photo-editing skills improved, my dissatisfaction with earlier efforts has kept pace. Recently, I was very frustrated to find the snaps I’d taken of Norwich Cathedral are simply not up to snuff. They’re either uninspired or blurry – must have been an off day. Though technically I’ve photographed 34 of the 42 Anglican cathedrals, there are a few that could do with a refresh. I’ll revisit the sites of the sub-par photos along the way to completing the outstanding eight and rectify any deficiencies. Plans for 2020 cathedral visits include Guildford, Portsmouth, and Truro with retakes of Exeter and Chichester. I’m excited to revisit Salisbury and Winchester just for the fun of it, though I’m happy with the photographs I have of those already. The stragglers for 2021 are mostly in the north: Liverpool and Chester on the west side and Bradford and Newcastle up in Northumberland. I’d like to revisit Durham while I’m up there. I got fairly good (if sparse) shots, but the castle was closed the day we visited and I’d love to see the cathedral again. That leaves only Chelmsford, which is over in Kent, and I’ll likely get to it and revisit Norwich in one go. Gotta figure that one out still. It’s no hardship visiting Kent and Norwich isn’t THAT far away. 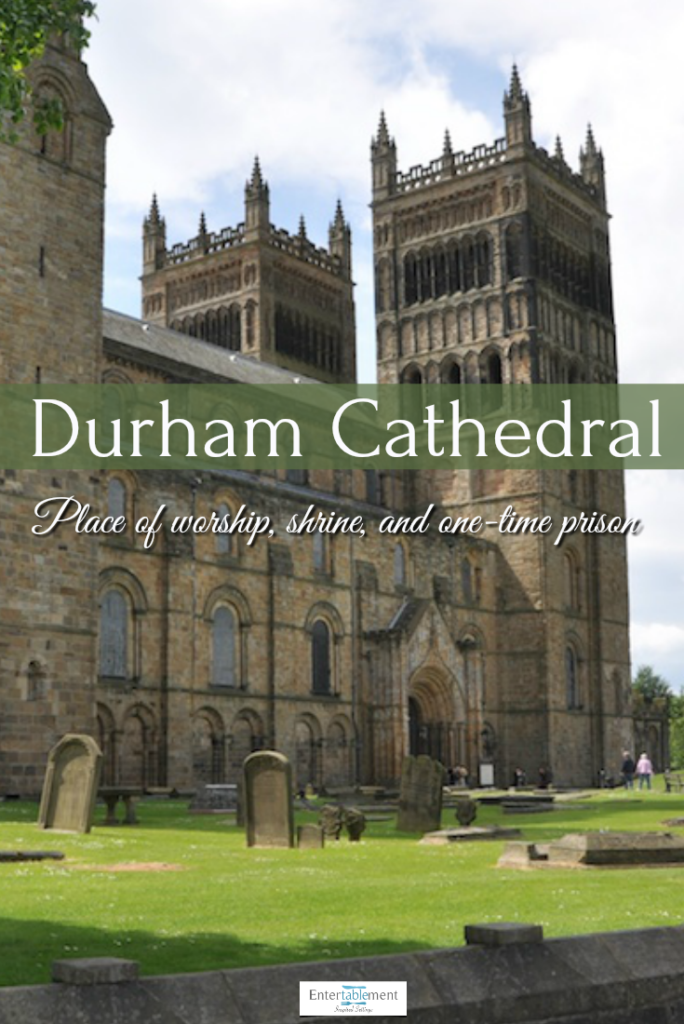 The only snag in my plans is no photographs are allowed in the “Royal Peculiars” of Westminster Abbey and St. Paul’s. I have limited (permitted) pictures of the chapter house, cloisters, and exterior of Westminster and managed to evade the ever-vigilant shushers/camera-police at St. Paul’s by visiting first thing in the morning while the officials were still somewhat bleary-eyed. My partner in crime, daughter-in-law Annie, provided cover as I discreetly snapped away until finally confronted by the then-caffeinated, officious guides and was forced to subside. I’ll coax Annie to reprise her role when we are next in London together and see what we can manage in Westminster Cathedral. Shhhh – don’t tell Her Majesty, The Queen. No disrespect intended, ma’am. I’m just trying to finish up a quest. I promise not to drape myself over any tombs and take selfies (which is where I suspect the ban on photographs began. Enough already with the “THIS IS ME!” shots.) 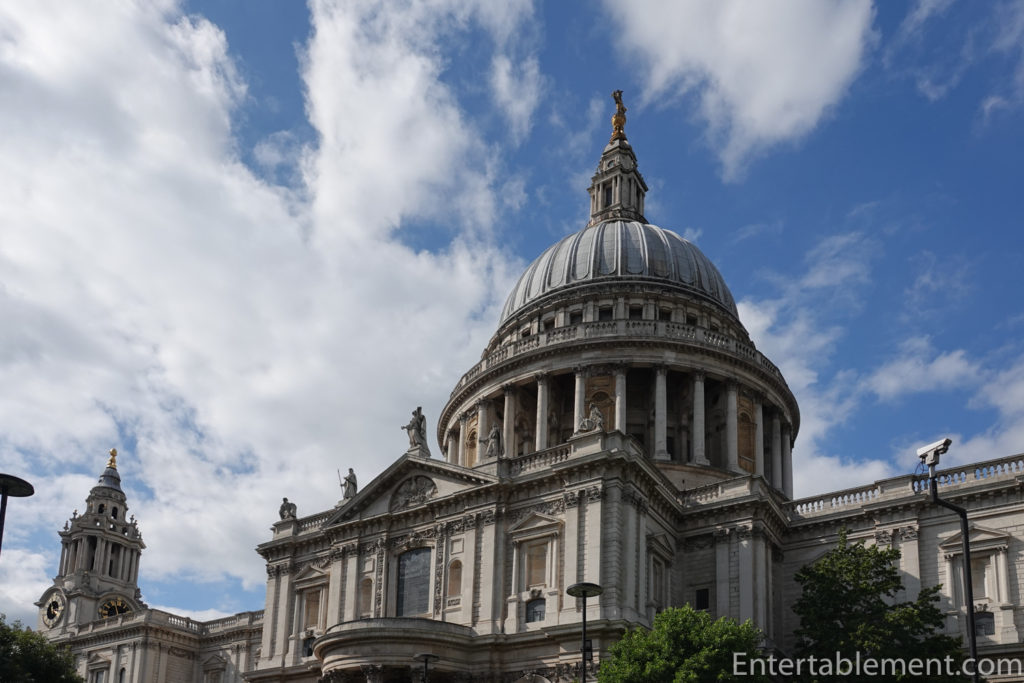 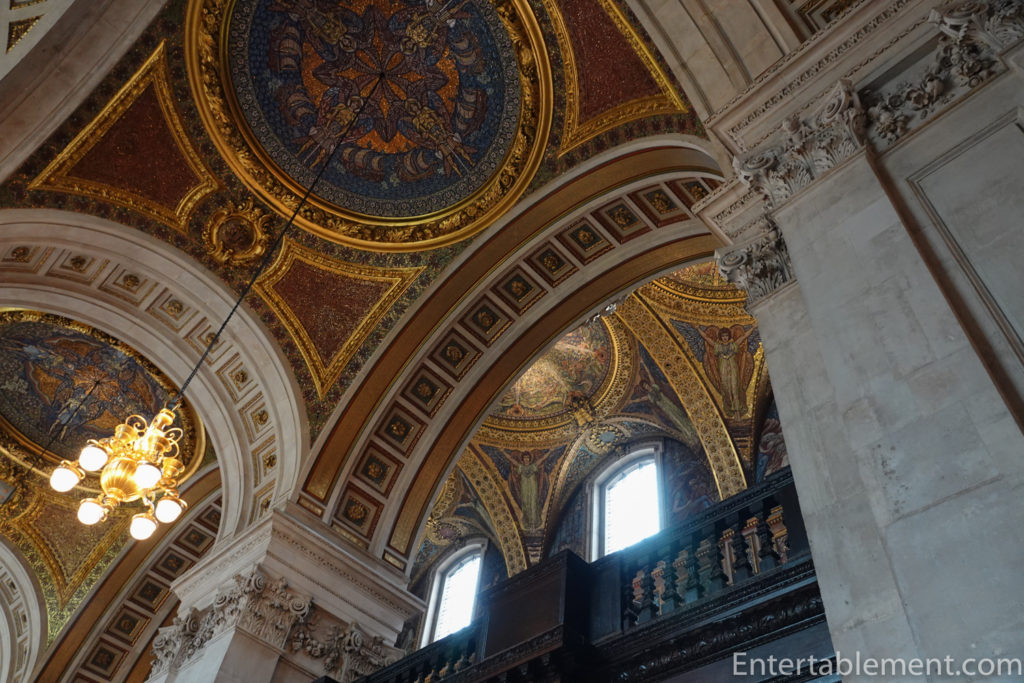 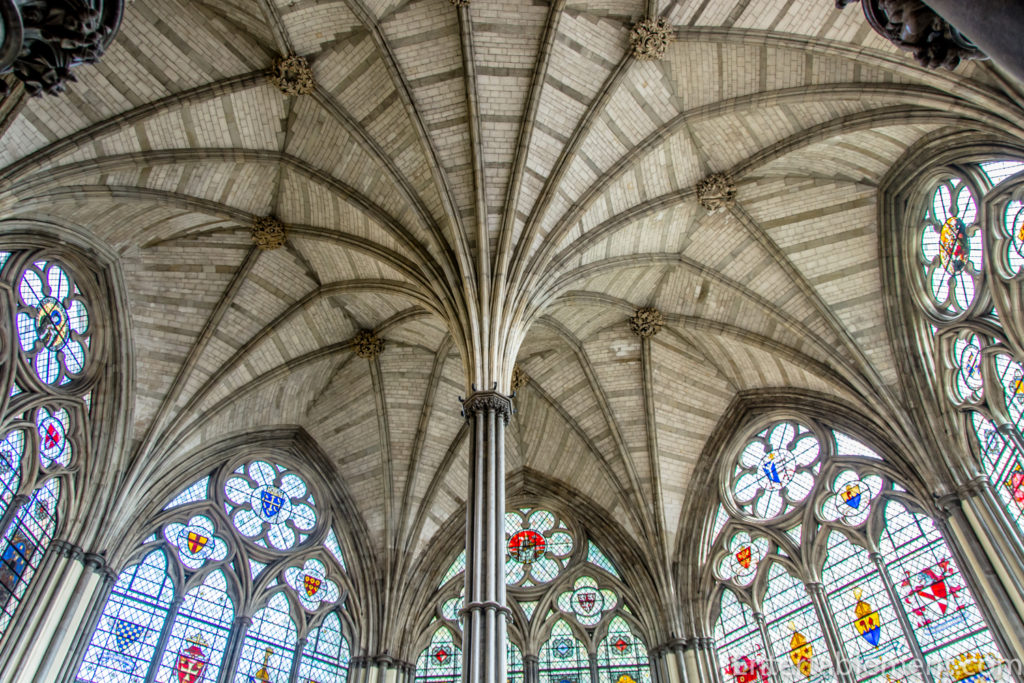 Further thoughts for the Entertablement site include creating a map of the Cathedral locations marked with hyperlinks to the blogs. It will be easier for everyone to orient themselves and will be a good incentive for me to finish not only the photography but the writeups, which are a pleasure to write, but fairly time-consuming,

So that’s the backdrop to the English Cathedral posts. Lots more to come. Many thanks for joining me on this journey, dear readers!