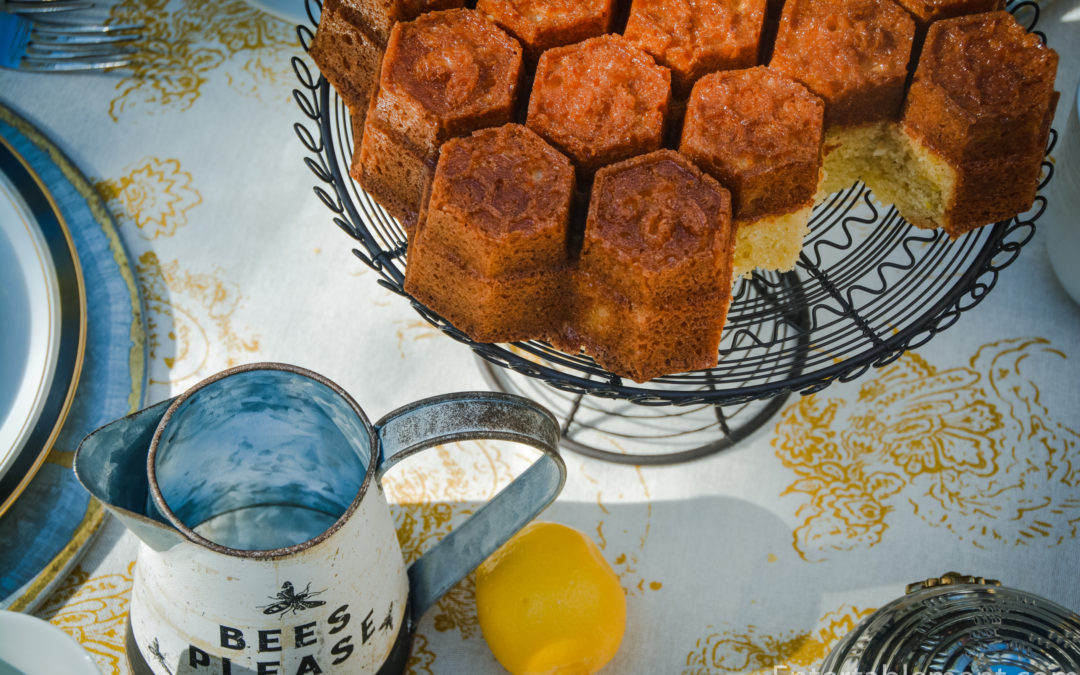 The honeycomb pan for this cake has been lurking in my cake pan cupboard for a couple of years, waiting for its debut. Once the Bee plate table started to percolate, out it came. But first I had to do some research on the ultimate cake batter for this tricky pan. 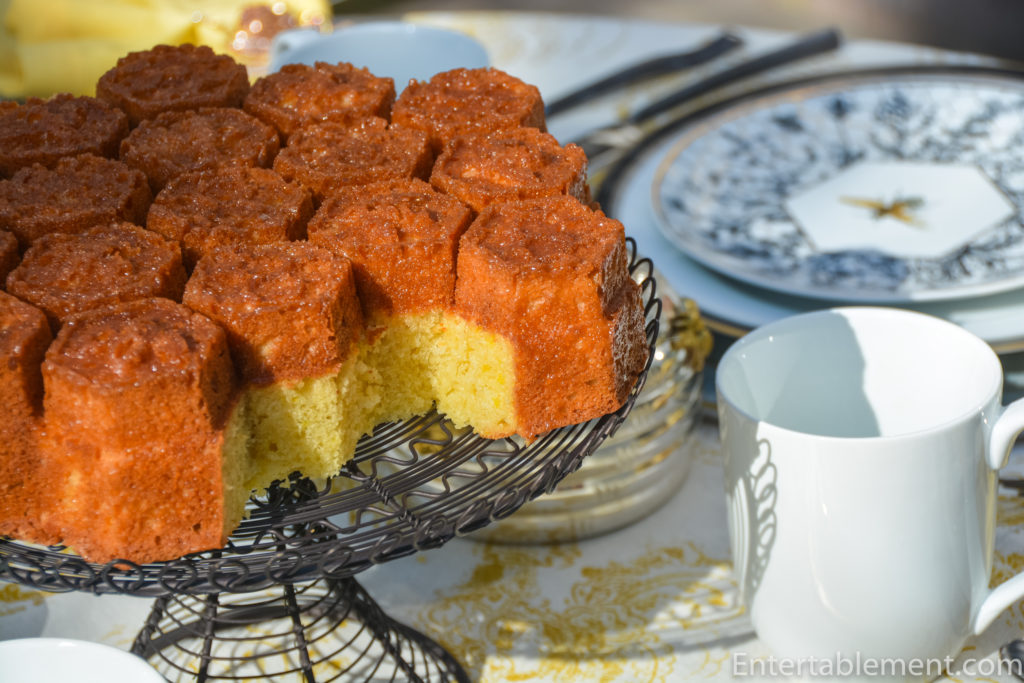 My granddaughter Maddie loves pound cake, especially when they’re baked in fun pans. We had a blast making a snowman cake last Christmas, though I discovered that the recipe needed some tweaking. The snowman pan is quite deep and the outside of the cake baked before the middle, which was problematic, to say the least. This is likely why the pan has been discontinued and can be had for $5 on e-Bay. 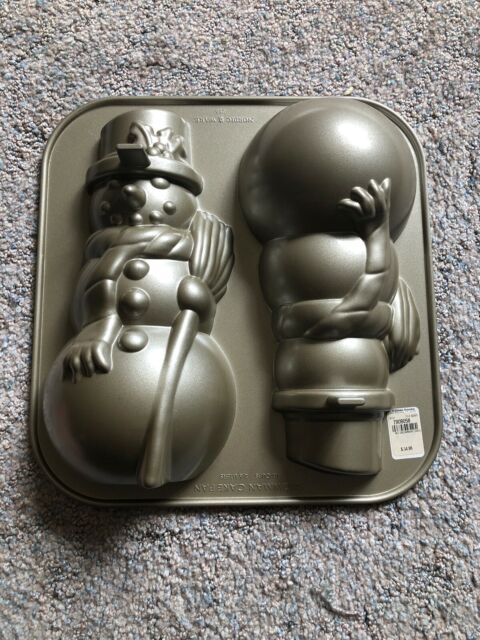 Our choice seemed to be either keep baking until the cake dried out and the outside became rock hard or remove some unbaked batter, leaving a shallow hollow in the middle of each half and finish them in the oven, which is what we elected to do, The two halves had to be stuck together with icing and the dodgy middle kept threatening to subside, collapsing the snowman in true melting Frosty style. The cake was good; the presentation was not what I’d hoped for, and which is so confidently and lovingly displayed on Williams Sonoma’s recipe site. 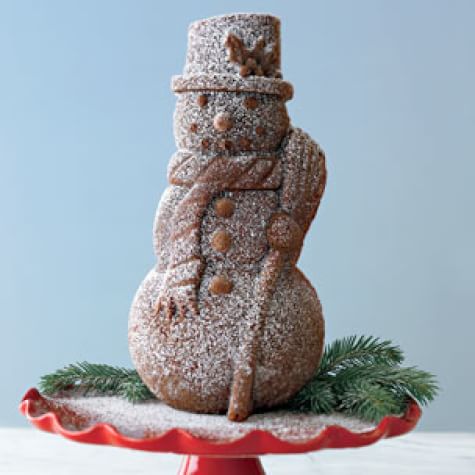 Thus I’ve been on a quest to perfect the cake recipe for moulds with lots of contortions, such as  Nordicware pans present. There are dozens of shaped pans, each more delightful than their predecessor. I was particularly intrigued by the “pull apart” nature of the honeycomb pan. 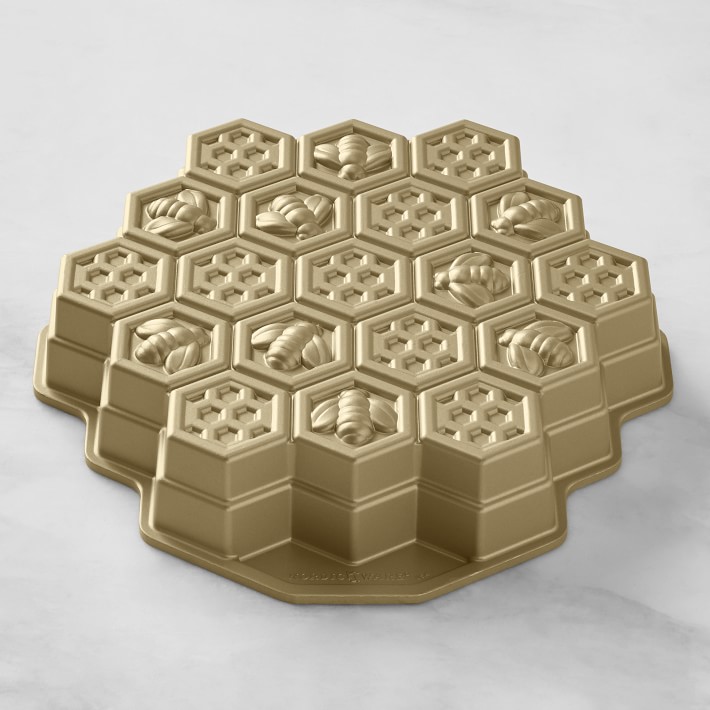 The cake must be buttery, with a neutral flavour that can be enhanced with the addition of, say, citrus, as in this case. Light enough to bake evenly and sturdy enough to maintain its shape in all the nooks and crannies. 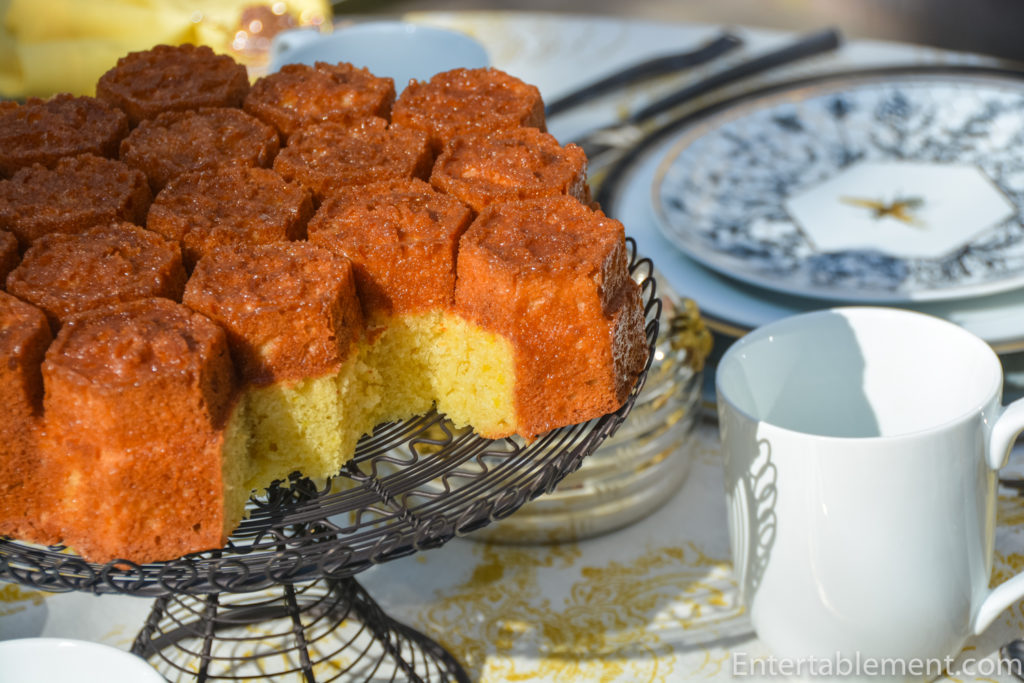 The recipe that came with this pan contained sour cream, which is not typically featured in pound cake; I substituted yoghurt. The result was lighter and more spongey than a typical bundt cake. I lightened up on the lemon zest called for in the original recipe and added some vanilla. I also baked it at 325° F, a lower than normal temperature for cake baking. 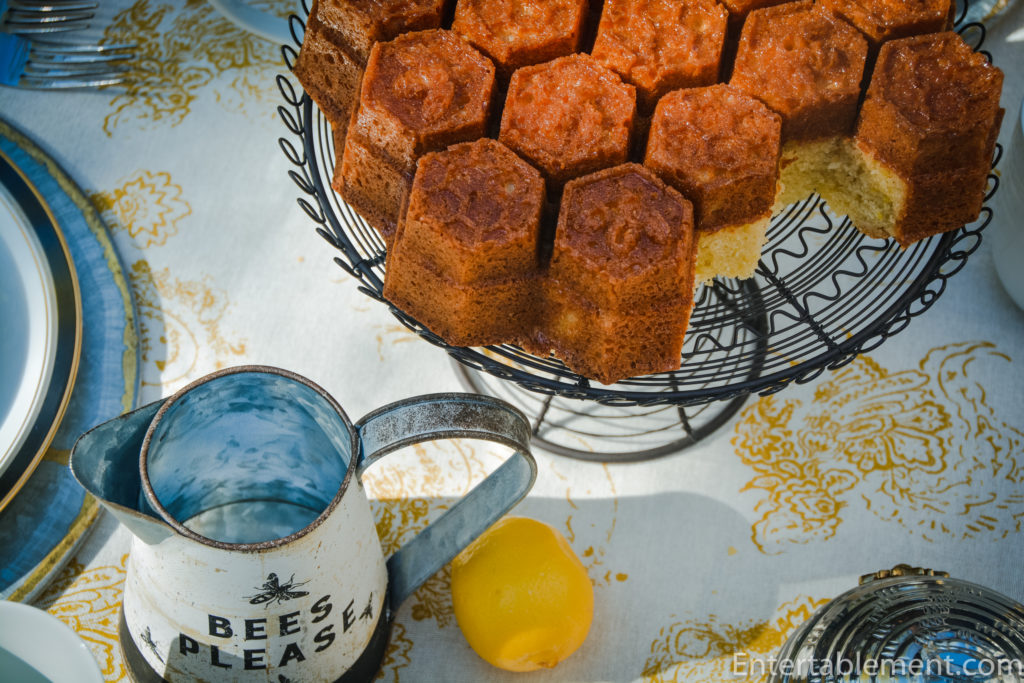 Verdict: delicious. Buttery, moist, with just enough lemon and a touch of sweetness from the glaze. 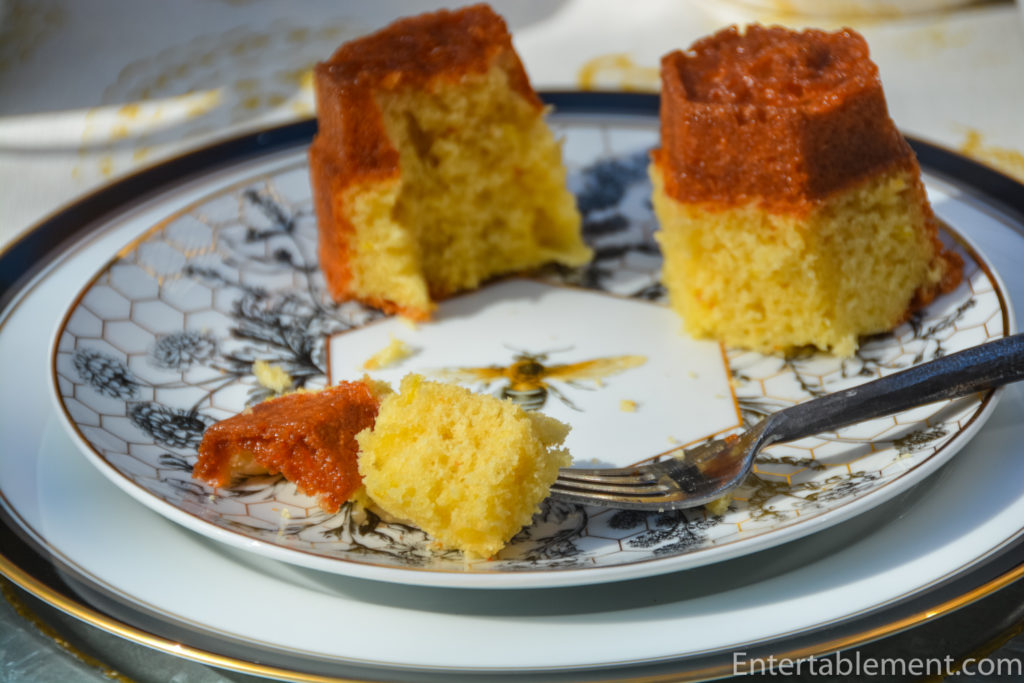 The shallow, flat profile of the 10-cup pan also helped to keep the cake moist, as it bakes more evenly than a typical deep bundt pan, though in about the same amount of time. 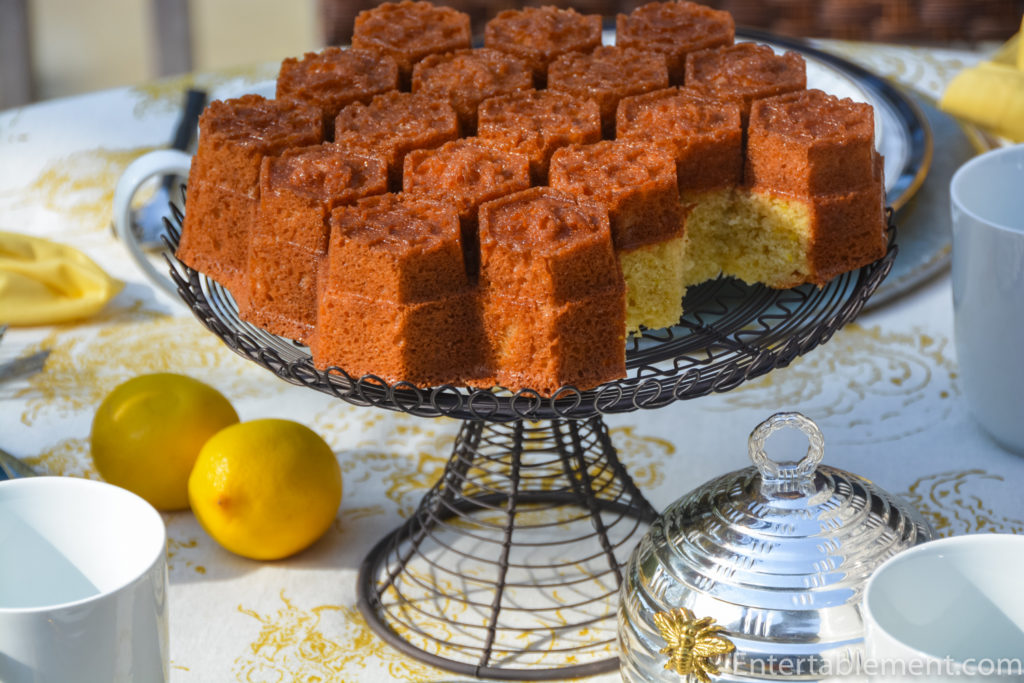 I think we have a winner here. I’m eager to revisit the Snowman pan. Maddie – get your apron ready. We’re going to do some baking!

This buttery bundt-style cake has a light, spongey texture with hints of lemon and a touch of sweetness. Delicious! 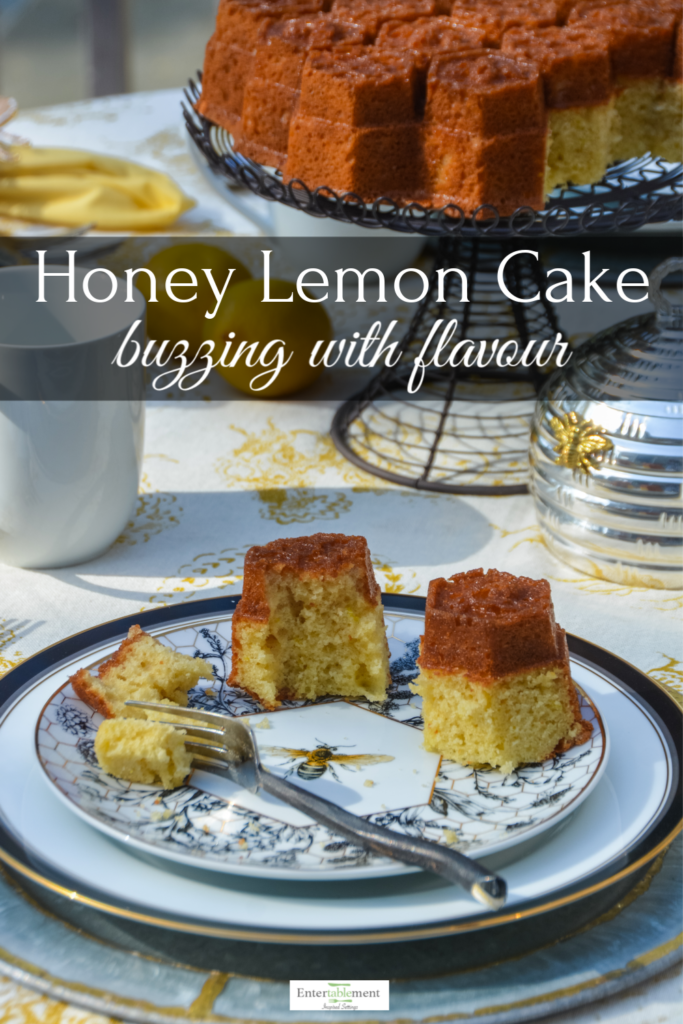