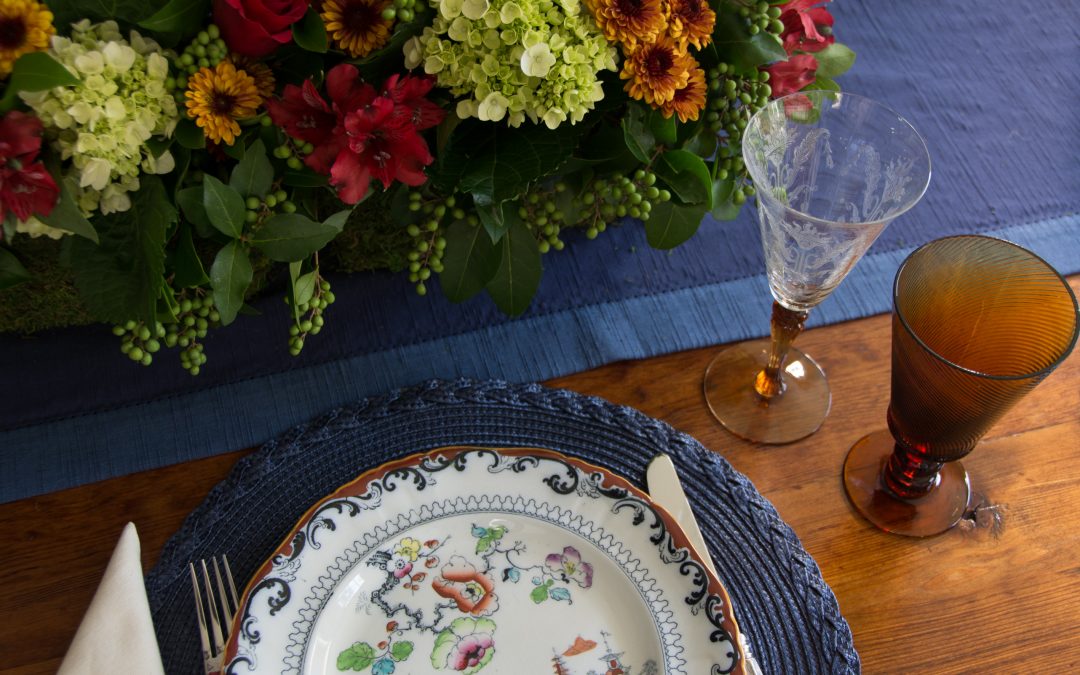 Suddenly, it feels like fall. Chrysanthemums abound at roadside vegetable stands. I’ve found myself reaching for jeans, rather than shorts, and donning long-sleeved tops rather than sleeveless. We’re getting close to the autumn equinox, and the shrinking daylight is noticeable. 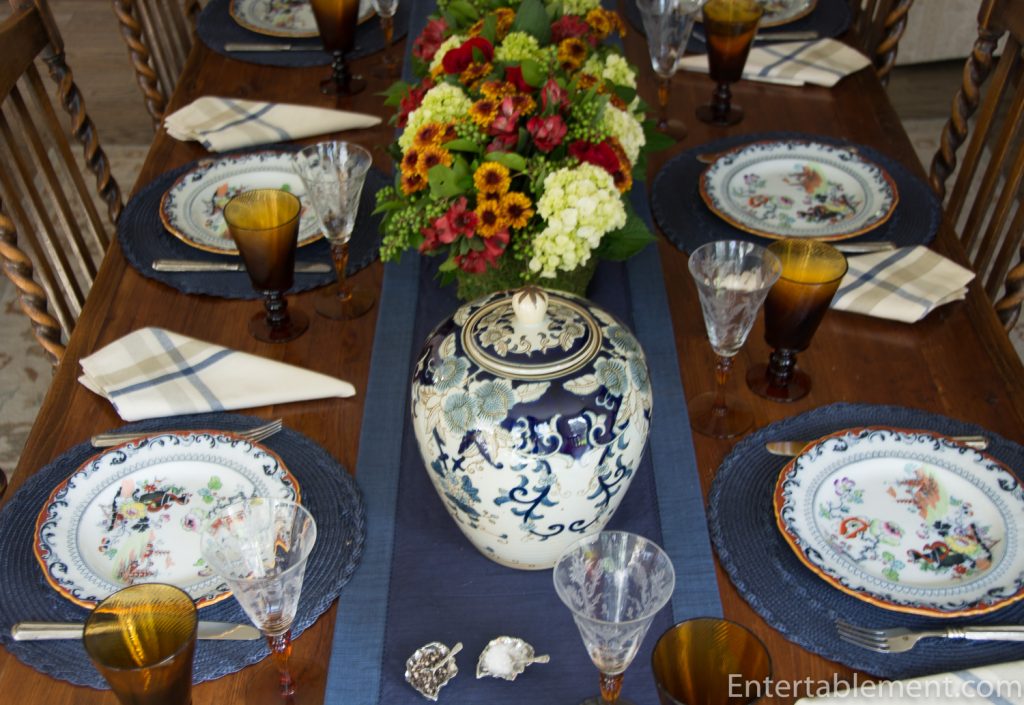 It’s time to call on richer colours, and what better place to start than with what I think of as my “York” Ashworth Ironstone, named for where I acquired it. Long-time readers may recall the tale of how this set of antique plates and soup bowls found its way into our bags on a trip to England a few years back. Suffice to say it lead to acquiring an additional suitcase) and raised eyebrows at the check-in counter, as the attendant applied “HEAVY” tags to our baggage before hauling them onto the conveyor belt. 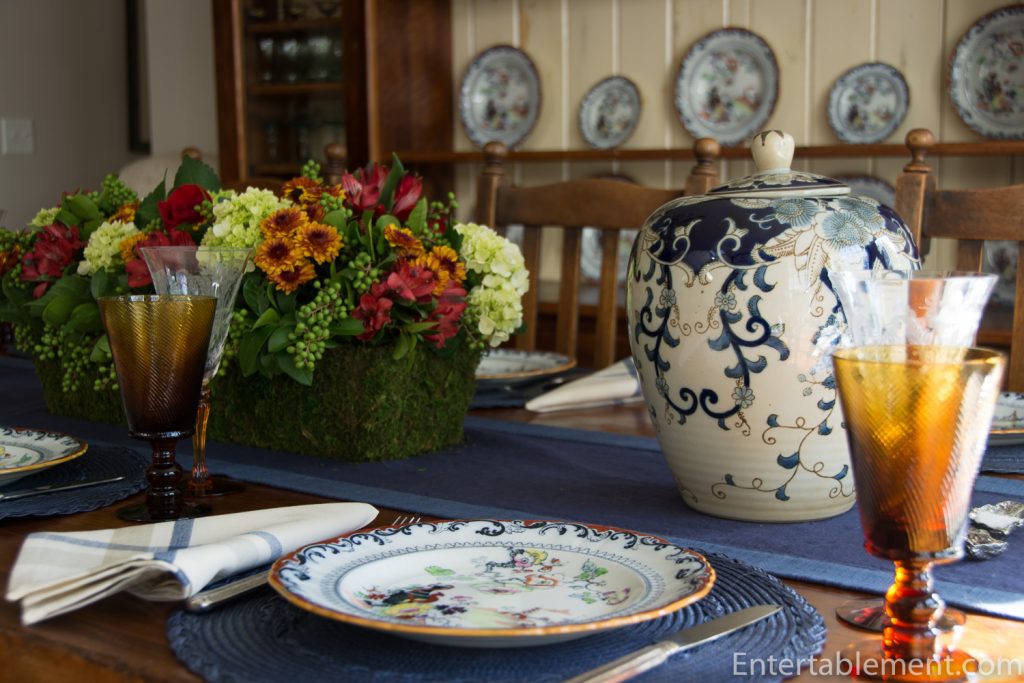 Though highly inconvenient all around, I’ve never regretted the acquisition. I love the navy and rust combination; it’s a perfect transition palette, and it always looks so happy on the shelves of our china cabinet in the Cape. 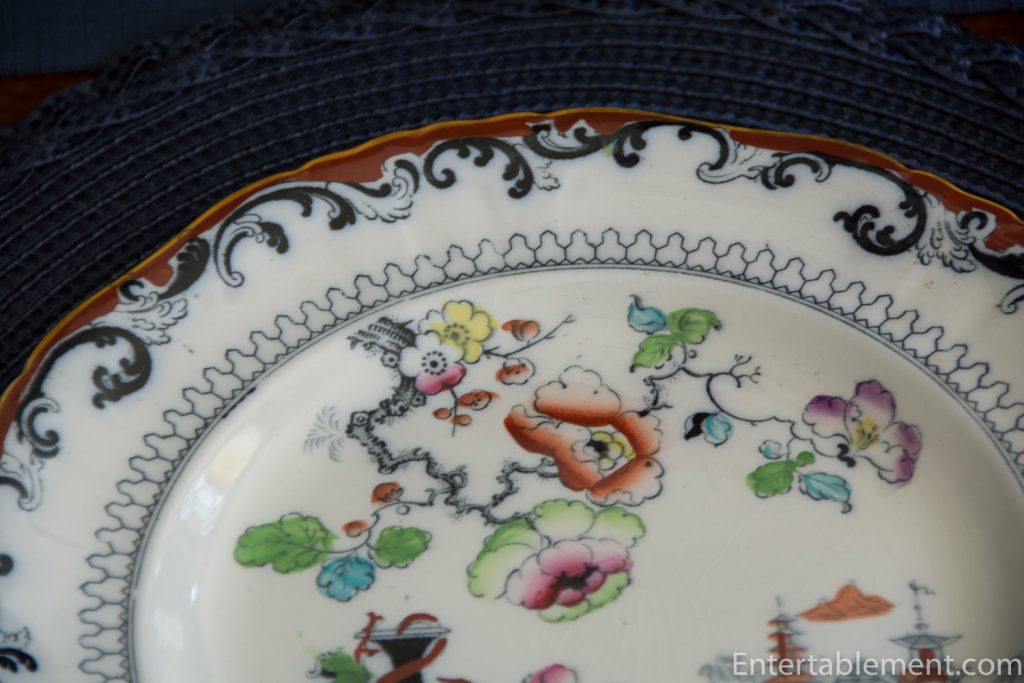 You may be more familiar with the name Mason’s Ironstone; both were very famous in their own right. Ashworth joined forces with Mason’s Ironstone in the mid-19th century. From 1859-1862 the combined company traded publicly as Morley & Ashworth before assuming the name G.L. Ashworth & Brothers for more than a hundred years (1862-1968); after that, the Ashworth brand reverted to “Mason’s Ironstone China.” The company was sold to the Wedgwood Group in 1973. 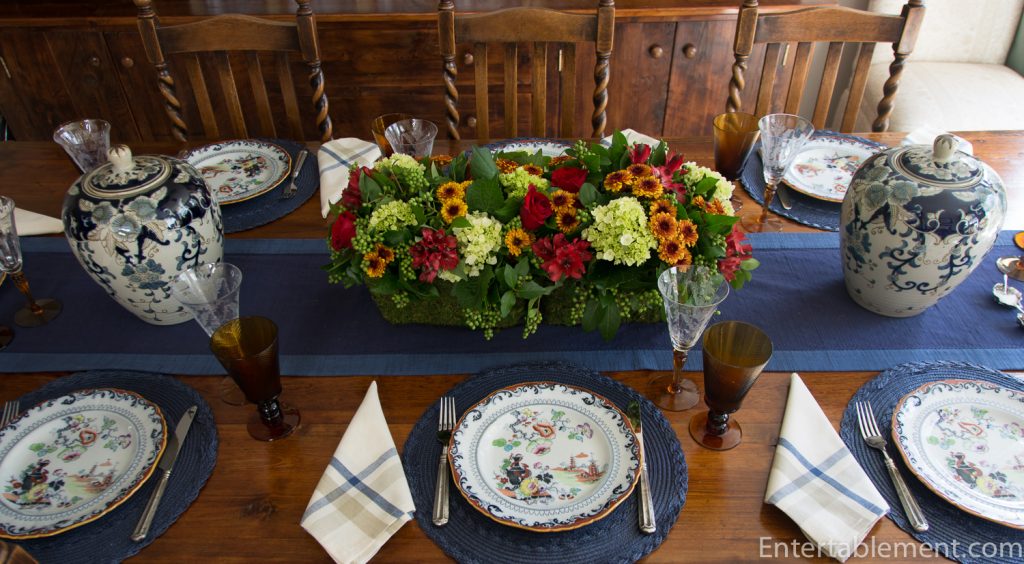 The pattern has typical Imari elements of vases and peonies… 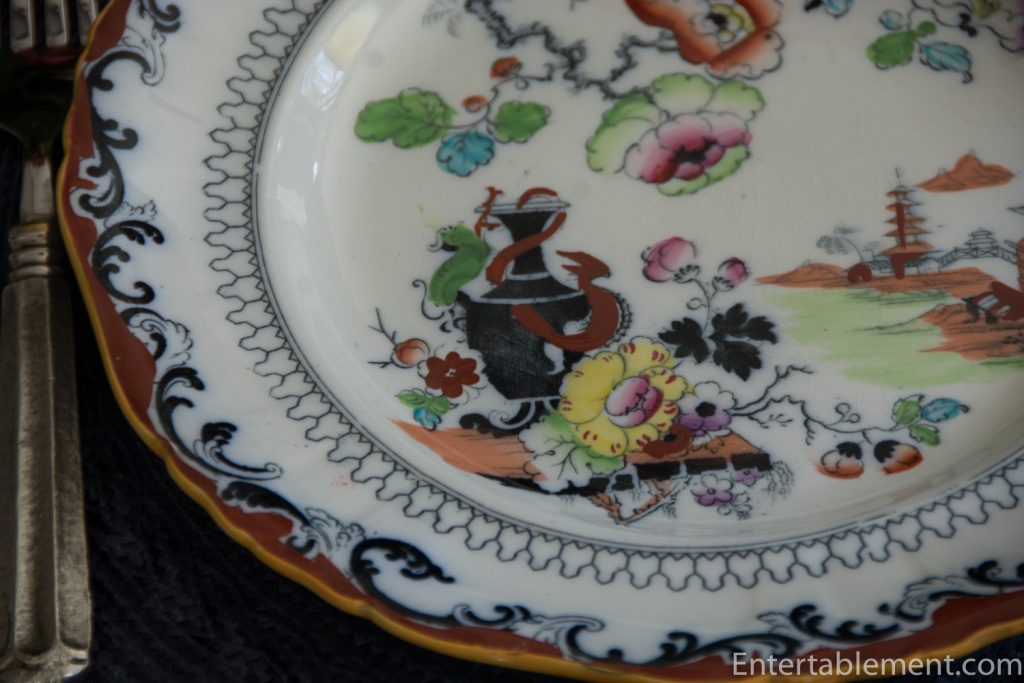 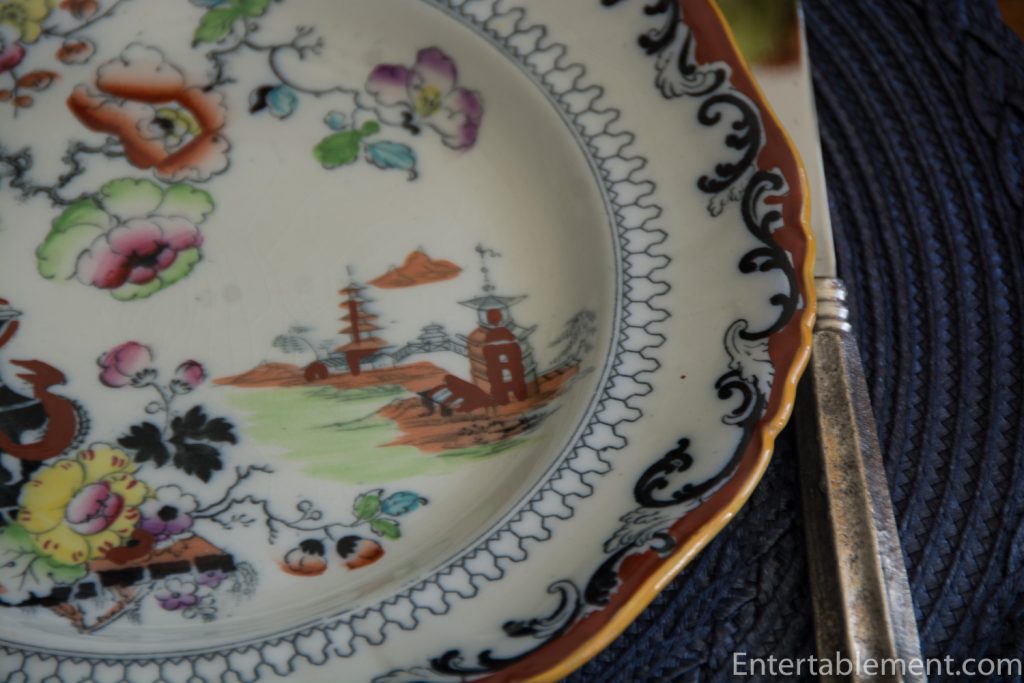 Seeded greenery from the hedgerow made a lush base for the centrepiece. I added green-tinged hydrangeas and mums in shades of rust and red for a colourful arrangement. 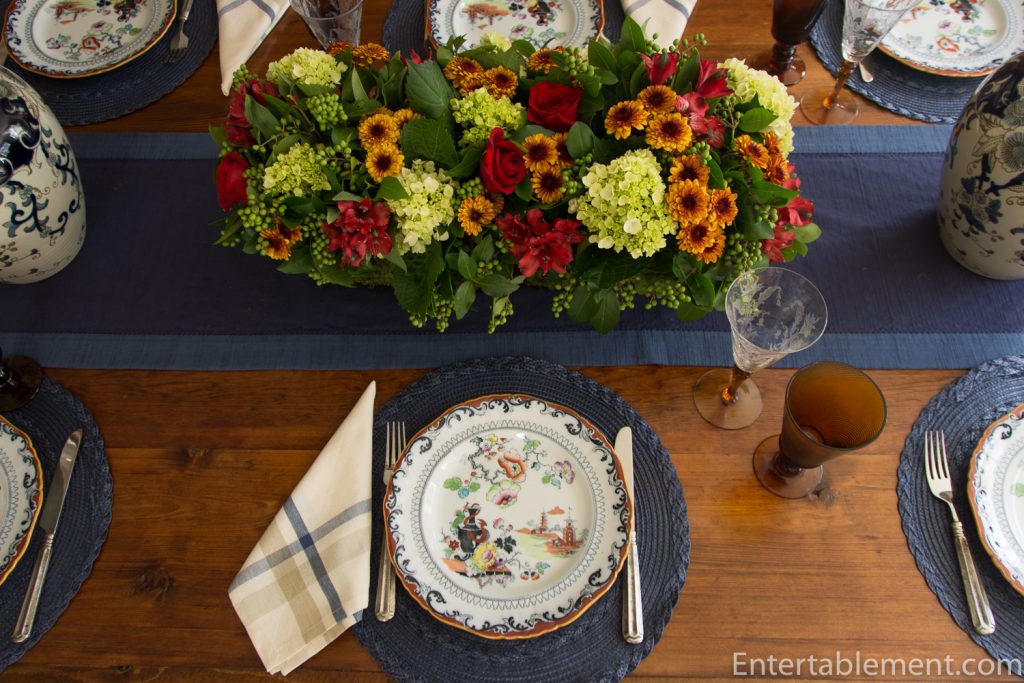 My trusty amber spiral water glasses from Williams Sonoma years ago teamed up with vintage Amber-stemmed Julia goblets from Tiffin-Franciscan. 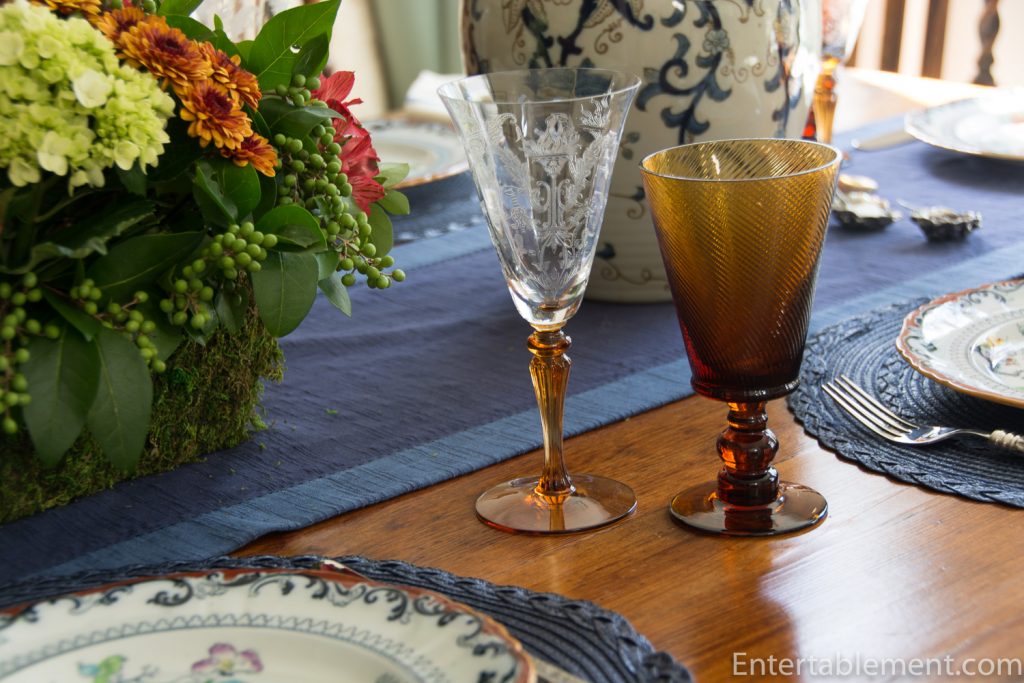 The urns are modern. I got the pair from Pier 1 a few years ago and they’ve proved quite versatile. 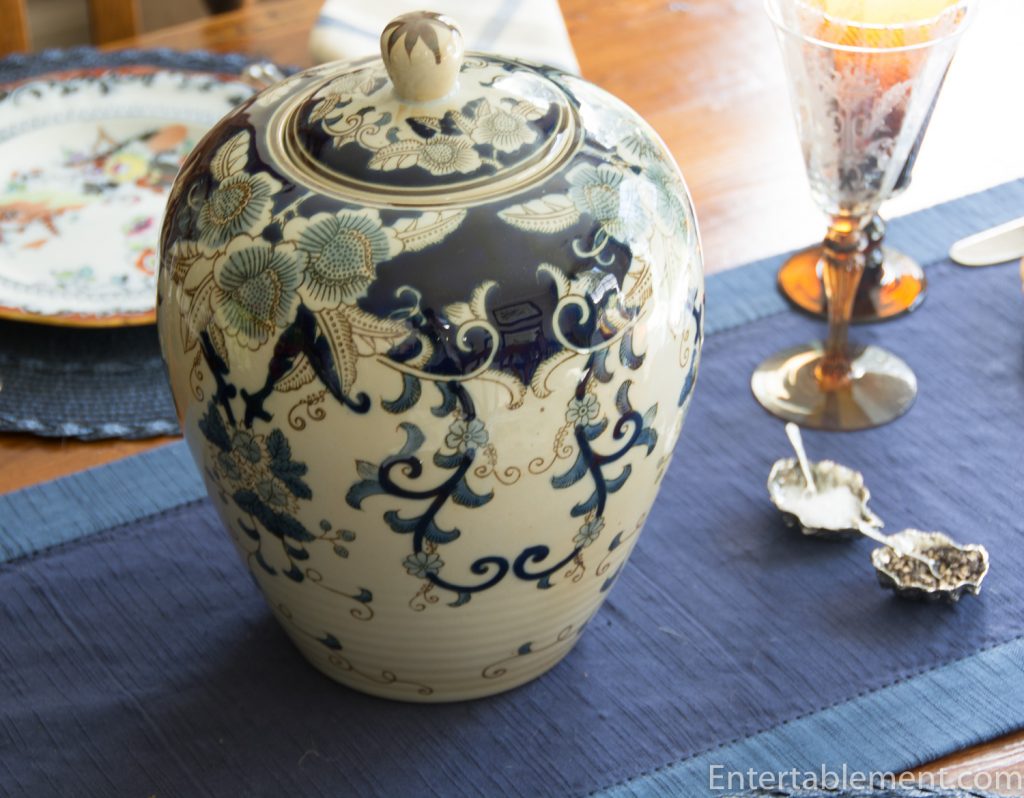 One of them made a lovely centrepiece for the Whimsical Automobiles table. 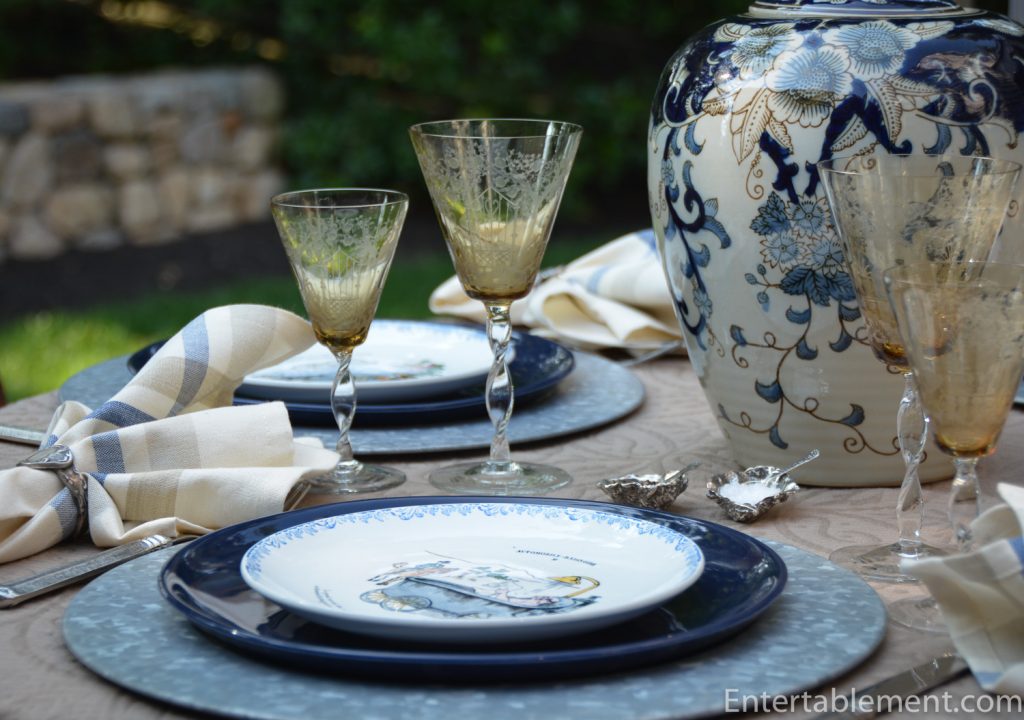 So cozy! I return to this set again and again. It looks great in the summer when the turquoise is highlighted. 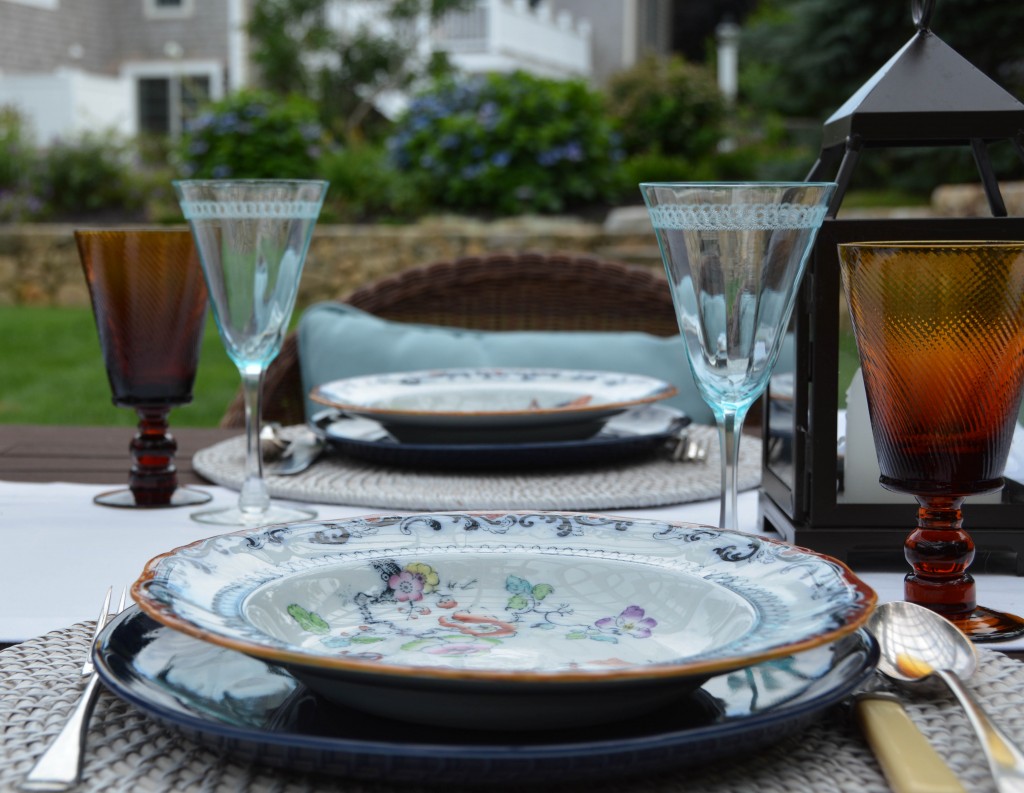 Or with just white and blue. 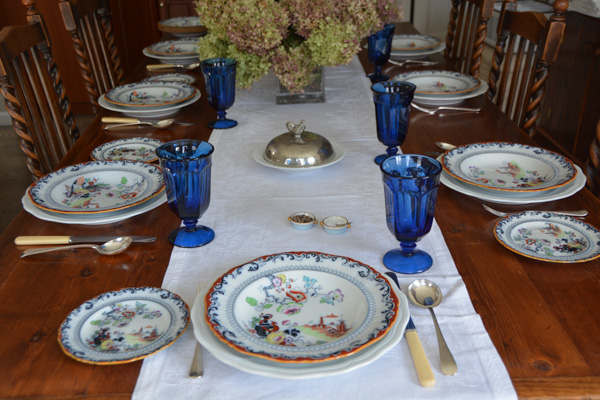 However it’s set, it’s a welcome addition to the table. 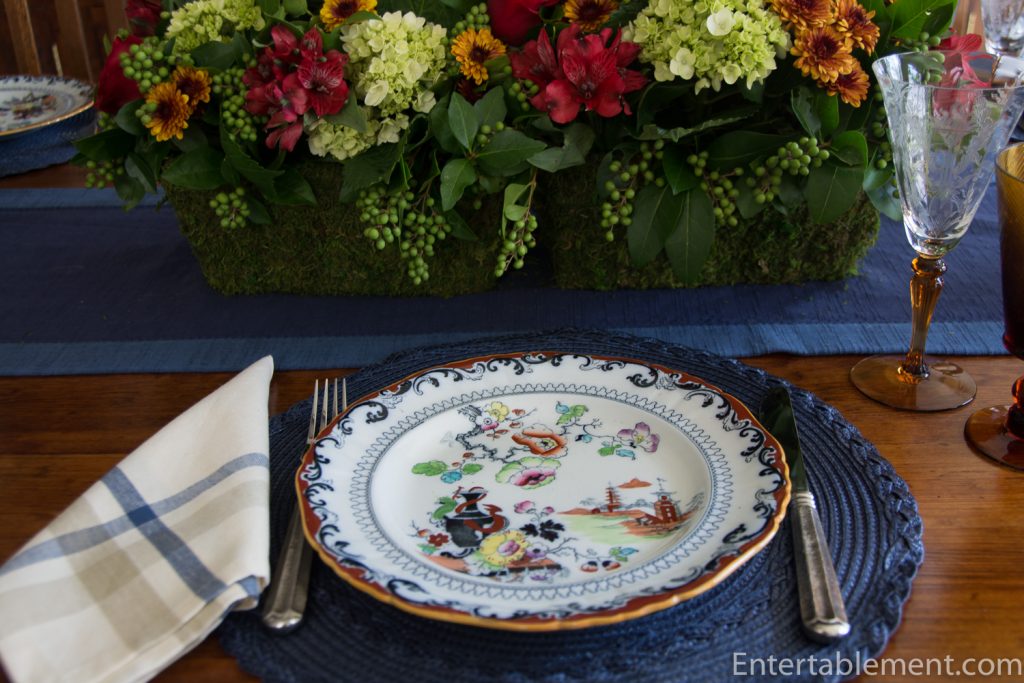