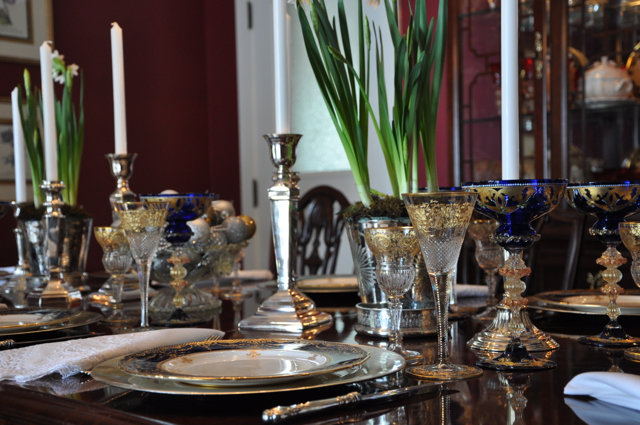 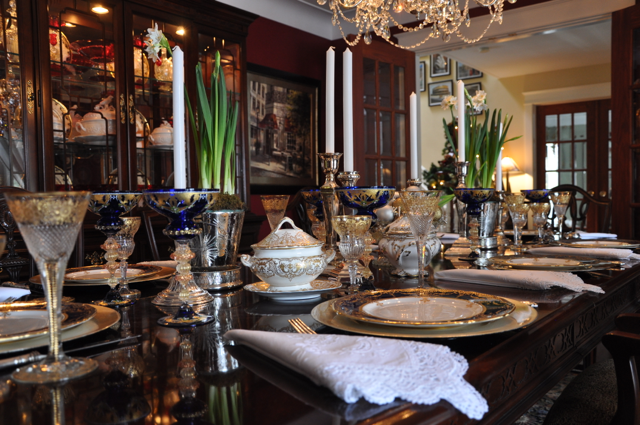 Setting the table for Christmas dinner is one of my favourite things to do.  Some years I have it planned weeks in advance.  Other years, inspiration strikes only as I’m dressing the turkey to shove into the oven.  Last year was one of the latter kind.  I’d been mentally toying with a few ideas, when the clean and fresh colours of the paperwhites pushed me in a new direction entirely. 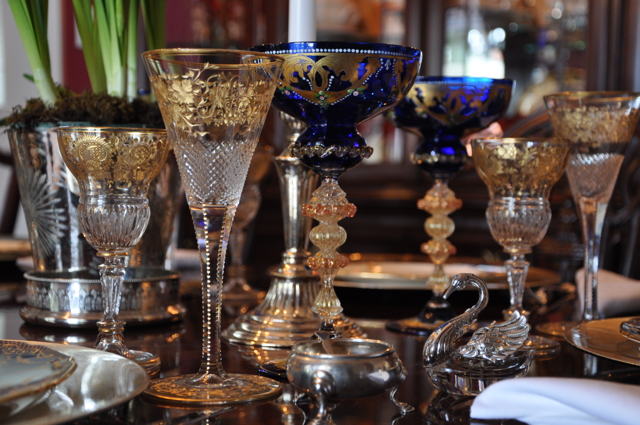 We were only eight for dinner – an unusually small number for our family – but it was an”outlaw” year, where some of the kids were with their spouses’ families for the holidays.   I have only eight of the cobalt Venetian goblets, so this reduced number of diners allowed them to take centre stage.  Silver accents in the form of antique candlesticks from my Grandfather, modern candlesticks and mercury glass cache pots from Pottery Barn, and antique silver open salts provided some added sparkle. 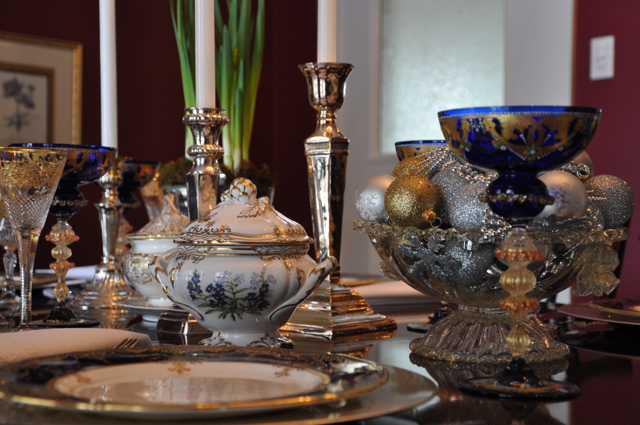 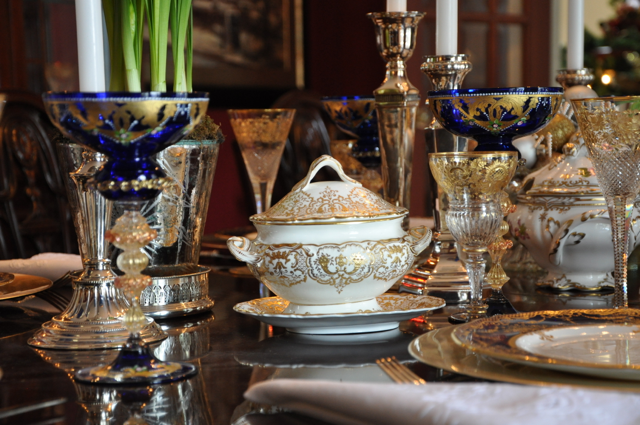 Small tureens are a particularly pretty addition to a formal dining table.  The one on the left featuring blue flowers is modern, and part of the Stafford Flowers pattern by Spode.  The gold and white one shown to the  right is also by Spode, but is an antique from Elise Abrams Antiques.

I am sharing this post with Between Naps On The Porch.