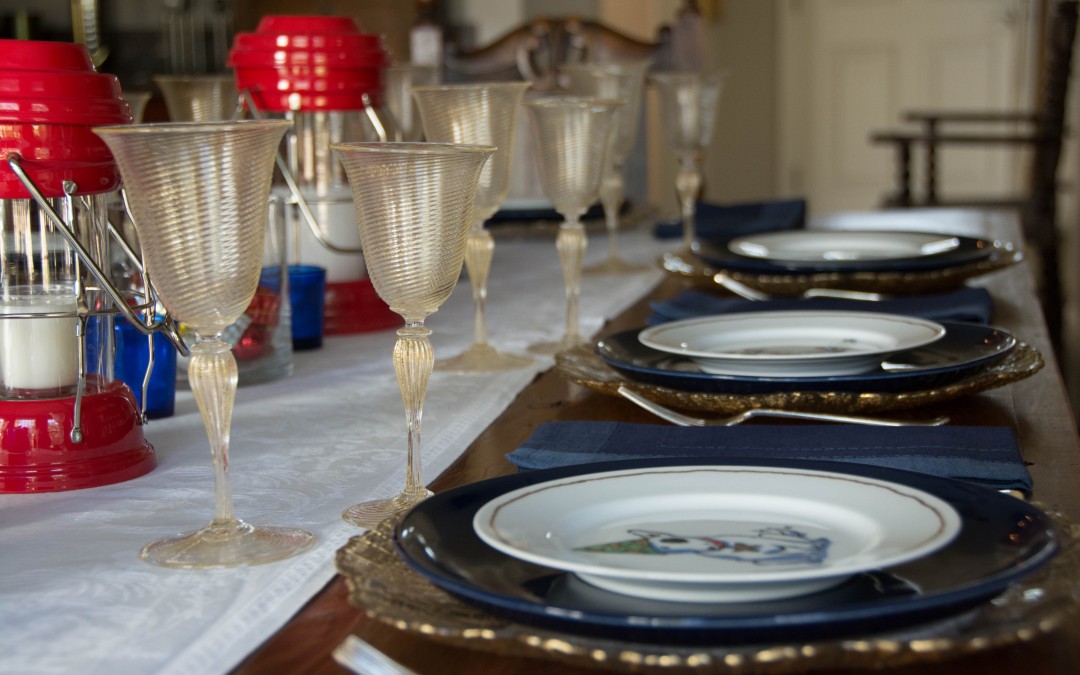 I’m easing into the Christmas season. With three cats in the house, we hesitate to put  the trees up too early, as they can take quite a beating by the time the big day finally rolls around. When our kids were little, a Christmas tree decorated with teddy bears graced the TV area of the basement. One of our cats, Ronnie, took enormous delight in leaping into the centre of the tree every night, bending the branches and hurling the teddies to the floor. In the morning, we would straighten the branches, retrieve and reattach the bears. By Christmas Eve, the bedraggled tree looked like Charlie Brown’s before the intervention and everyone’s patience had worn a bit thin. That tree, and the poor old teddies have been relegated to the sidelines ever since, although I have a sneaking suspicion they’ll see a reprisal this year with all the little granddaughters eagerly awaiting Santa. 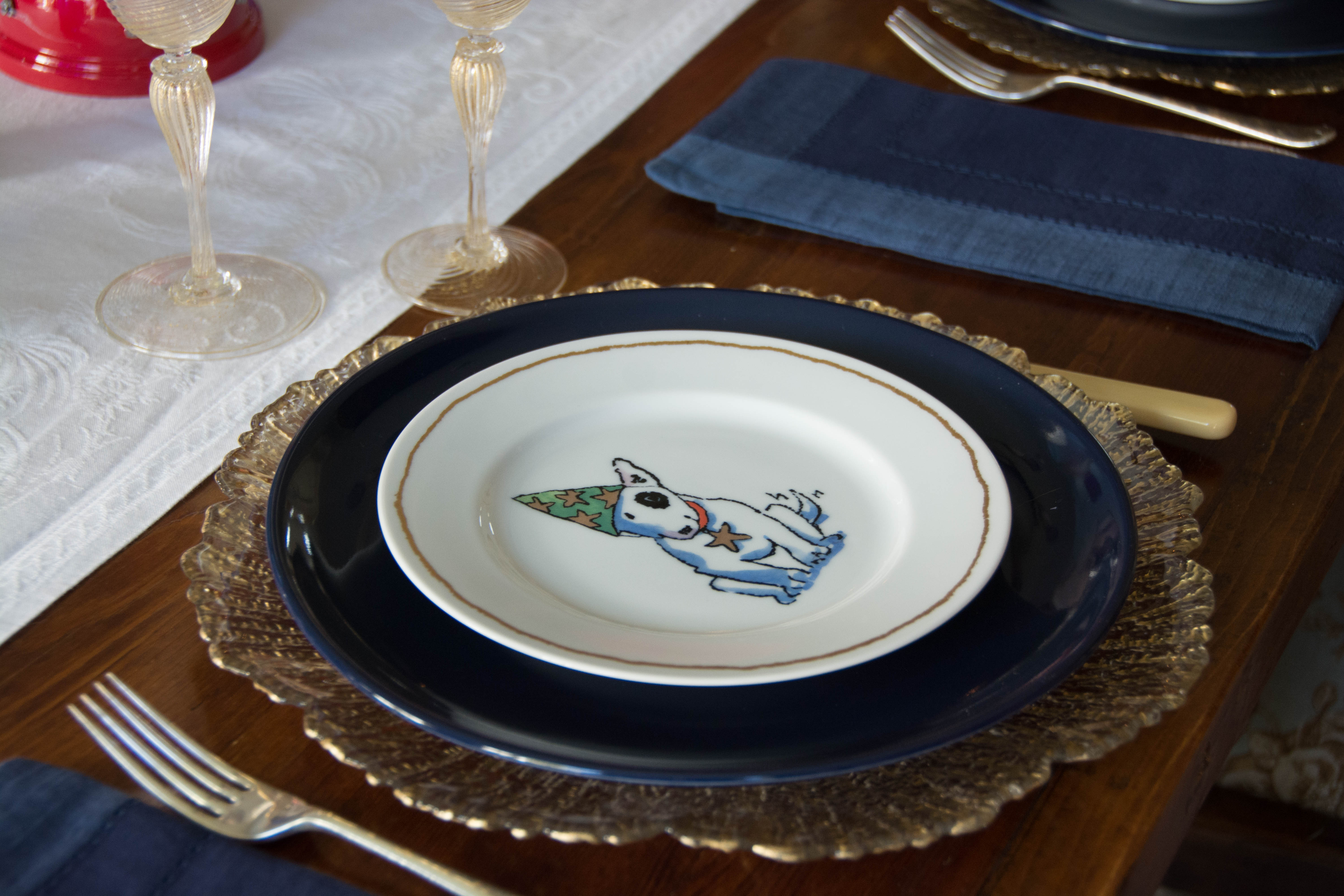 In the meantime, I content myself with playing with table settings. This pattern, aptly named “Trouble”, features a Staffordshire Terrior who is apparently just as adventurous as our little Ronnie. She only weighs about 4 pounds, but she packs a load of trouble! 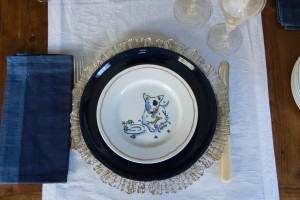 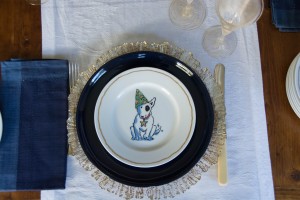 In a party hat 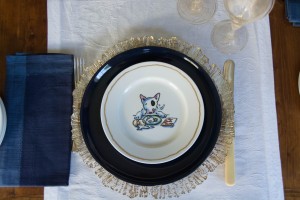 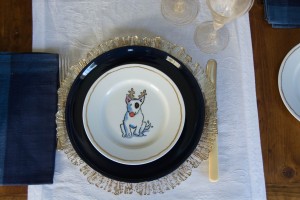 Dressed as a reindeer 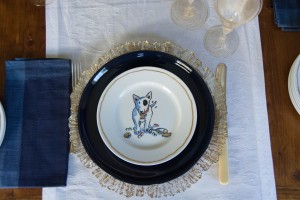 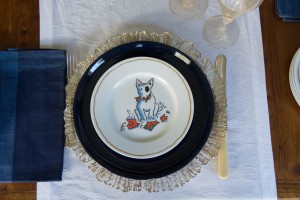 There are six different plates, and I found them on eBay. They’re one of Williams Sonoma’s earlier Christmas series. 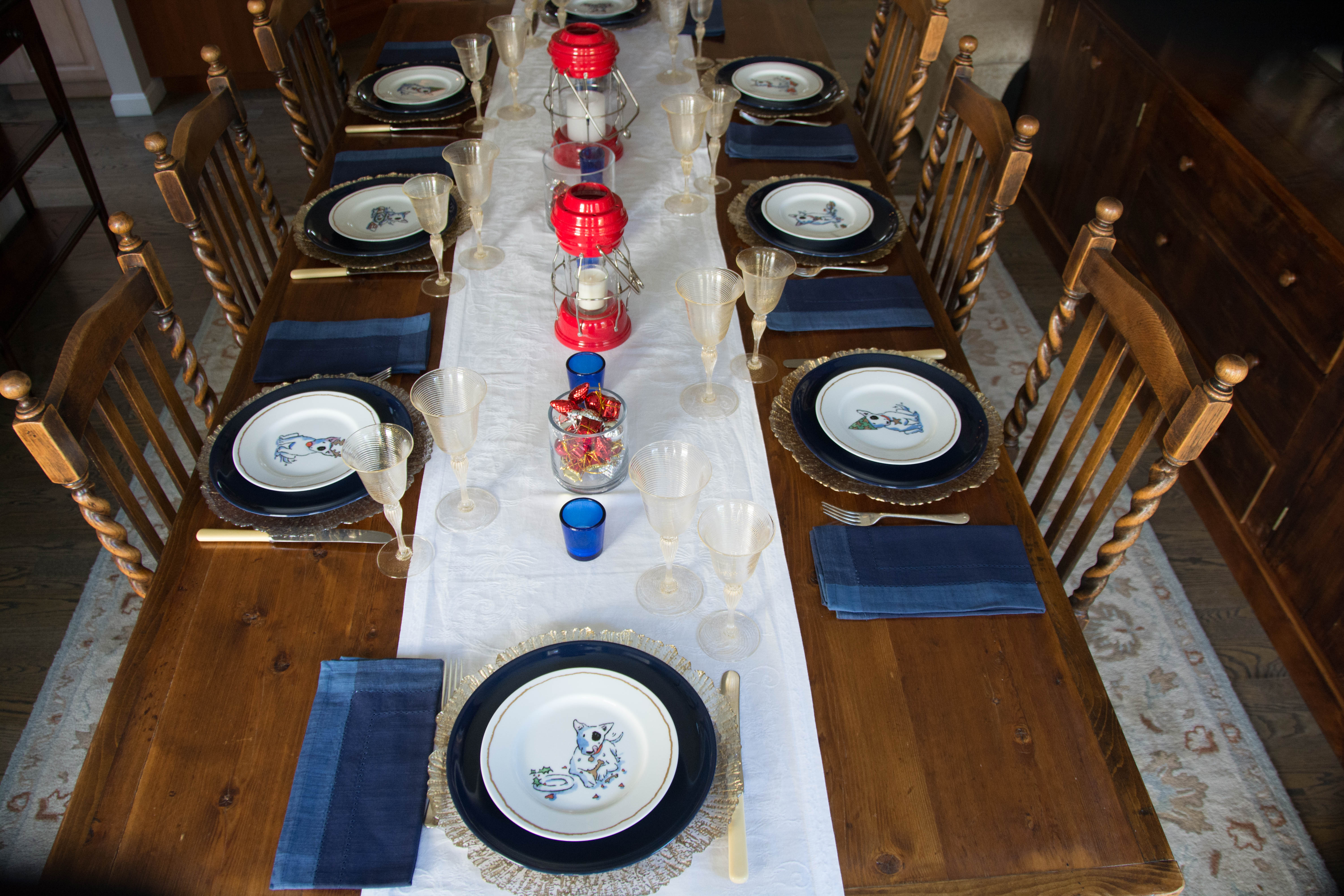 When styling the table, I kept the place settings fairly simple, consistent with the uncluttered appearance of the star of the show, Trouble. 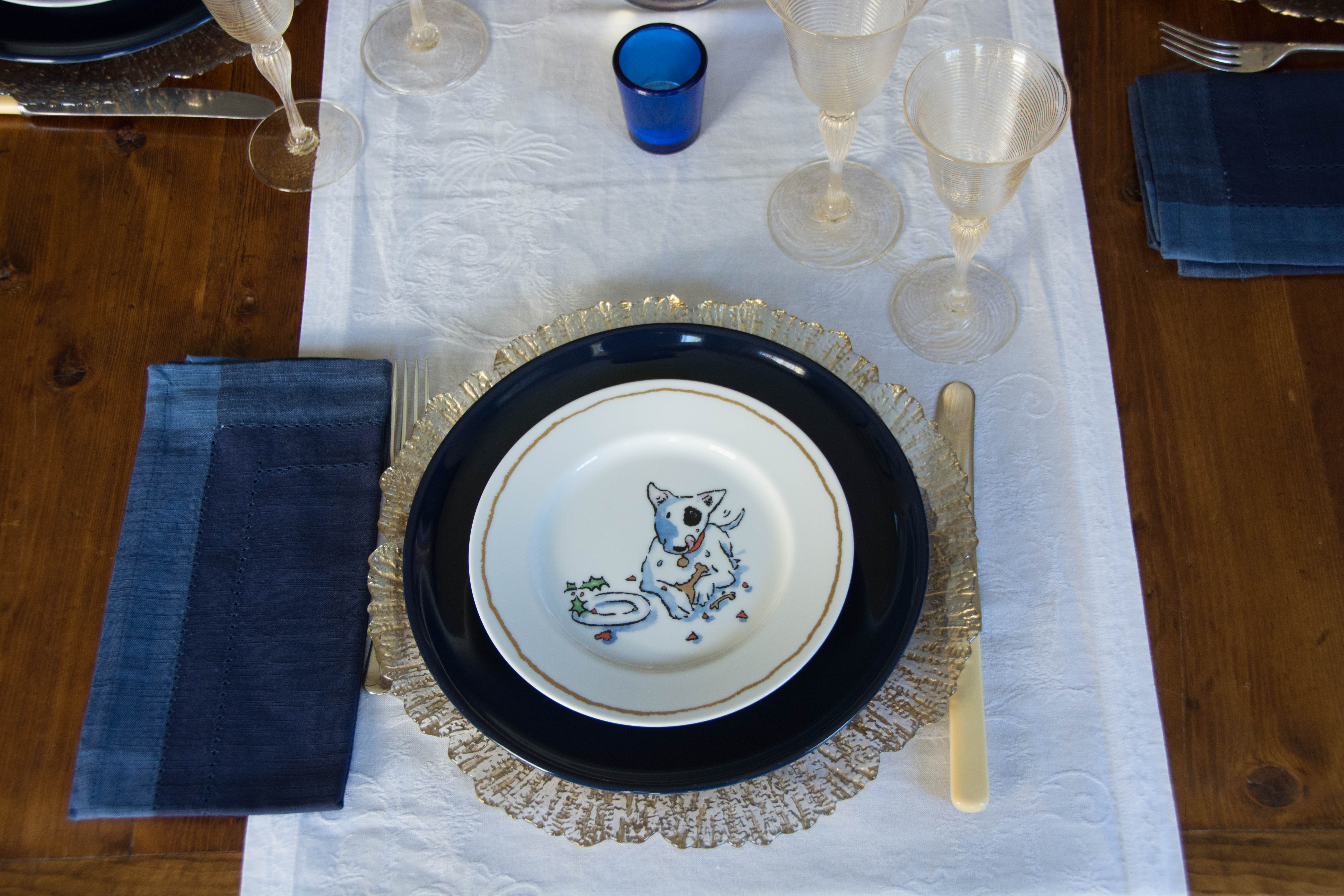 The chargers and napkins are from Pier One. The navy dinner plates and table runner are from Williams Sonoma. The goblets are antique Venetian from Elise Abrams Antiques. The cutlery is a bakelite handled canteen set that I bought years ago.

I’m sharing this post with Between Naps On The Porch.