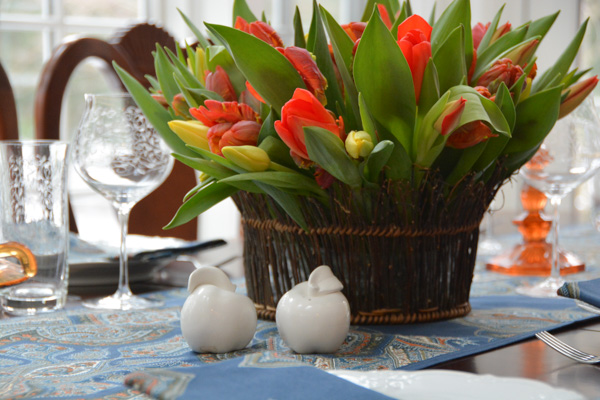 In compiling the photo collage for 2016 I made a few discoveries of photos I had taken last year and never turned into blogs. No matter how organized I try to be, things slip between the cracks. The good news is, however, it’s like finding a $20 bill in your pocket about which you have forgotten. Photos of tables already styled and sorted. Bonus! 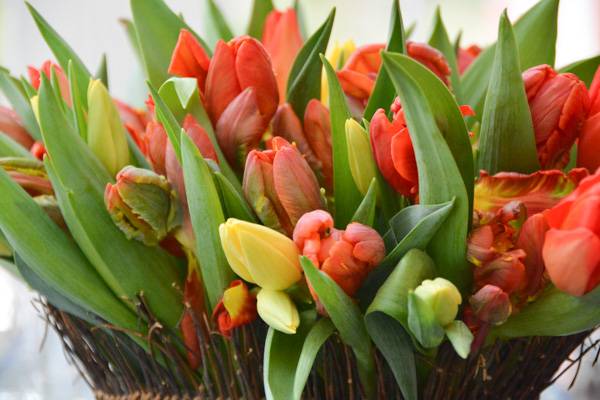 The flowers are the ill-fated parrot tulips with water-stem that I spoke about in a previous blog. Disgusted with their condition, the florist on Bayview in Toronto donated them to me, saying I’d never get them to amount to much in a bouquet. Well, a bit of love and some support from some supermarket plain tulips and we were cooking with gas. 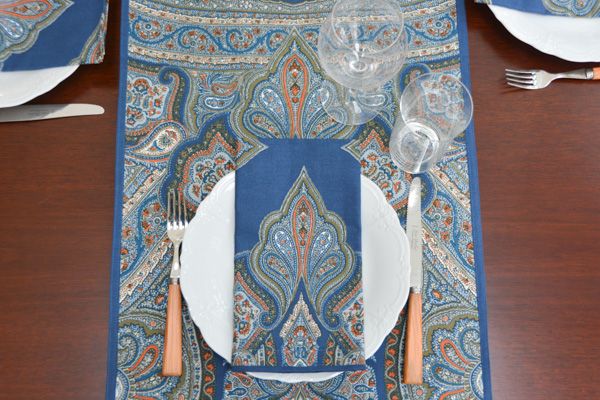 I had originally bought the tulips to go with these linens, which were heavily discounted at Williams Sonoma at the end of 2015. I loved (and still do) the complex paisley pattern in the colour combination of French blue and deep orange shades. 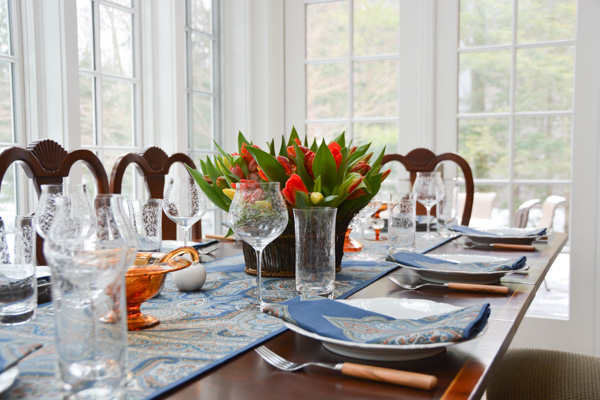 The plates are part of a full set of Baronesse White by Tirschenreuth that I picked up for a song from a thrift store, now defunct (most regrettably – it was a great source), also on Bayview Avenue. 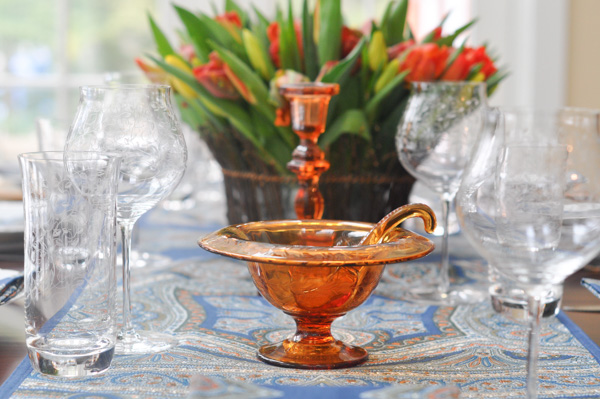 The amber glassware provided a nice counterpoint, and picked up the deep tones of the tulips.

The little apple salt and pepper shakers were a gift from my friend Christina for Christmas one year. Receiving tableware from friends as gifts is incredibly special; it makes setting the table seem like a joint endeavour as I recall the occasion we enjoyed together. Love it. These little gems are very versatile and go with many settings. 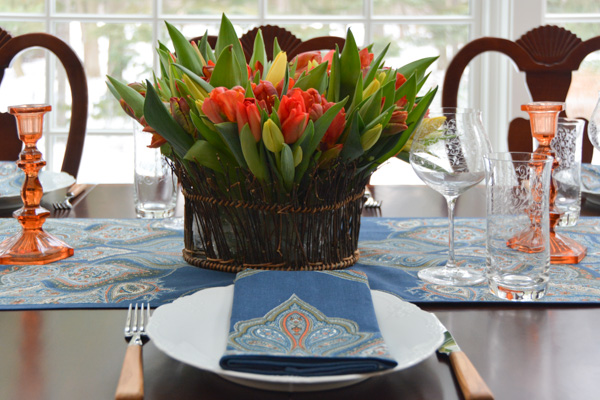 The flatware is olive wood Dubost from Sur La Table and the glassware is Belle Epoque by Nachtmann (discontinued, drat it).

You can see a bunch of snow in the background in the photos above. Much like this week, apparently. We’ve just dug ourselves out from a major snowstorm here in the Cape. Glenn braved the elements yesterday and brought me home a bunch of multicoloured tulips. Most welcome!