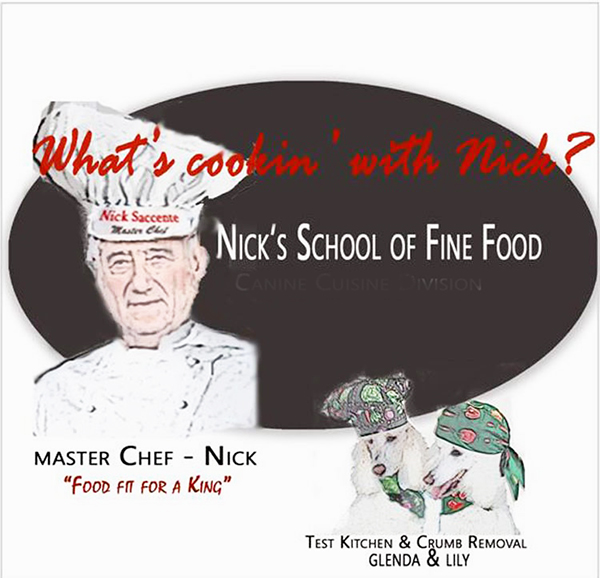 Nearly half a lifetime ago I met Nick and Fannie Saccente. In-laws of a business colleague, they would later claim me as an adopted daughter. I was proud of that. I met them during my corporate years while working as a Human Resource executive in the financial and information services industry. When the New York based employer relocated the business to Omaha, and later to Atlanta, Nick and Fannie also relocated – they were part of the package deal.

They excelled at acclimating to a new city, making easy work of blooming where they were planted while the rest of us –30-40 years their junior — struggled mightily to adjust to any city that wasn’t New York. (For the record, I was born in Alabama, but 20 plus years in New York – the longest I lived anywhere — did make me a bit homesick). 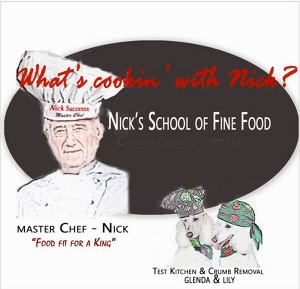 Nick and Fannie made fast friends wherever they went. First they would scout out the new city – especially the grocery stores. They no doubt first appeared to grocery store employees as a sweet older couple, somewhat distinctive due to their unmistakable New York accents. What was not as initially obvious to the grocery store managers, meat cutters and produce managers they befriended was that they were on a mission and armed with more than their fair share of persistence. Persist they did, until the stores carried their favorite foods from ‘back East’ like broccoli rabe (not a Midwest or Southern staple at the time), a certain brand of ricotta, special bread flour, meat ground just so for sausage – the list went on. It was a great strategy for dousing homesickness. In no time, they were cooking up all of our favorites – meatballs, cavatelli, breads, eggplant parmesan…yum!

I traveled extensively for business during those years and was fortunate to dine in some terrific restaurants both here and abroad. None of those meals could beat the ones prepared by Nick and Fannie, though. Their family recipes passed down from generation to generation, adjusted along the way to suit tastes and budgets, weren’t fancy. They were just plain delicious.

Nick and Fannie loved food, loved cooking and especially loved sharing their wonderful dishes. All of that love was bound to add up to great meals – and it always did. But there was also something else that made their food great. Nick and Fannie could cook – I mean really cook. Love and natural culinary talent – an unbeatable (and sometimes fattening) combination. To know Nick and Fannie was to hit the comfort food jackpot.

Fannie passed away about 4 years ago – she was 90. By that time, Nick had lost his vision to macular degeneration and his hearing loss was defeating even the best hearing aid technology. Of course, he missed Fannie terribly. He also missed cooking. I must admit, I missed their cooking too, but even more, I missed their company.

Nick, inspired by my partner John’s expressed regret at never having tasted Nick’s fabulous cooking, suggested that he show me how to make his famous meatballs. I admit to being skeptical (maybe even a little horrified) at the thought of how we would manage this feat with a man who could not see and only barely hear. I was game, though, and we set aside a few hours on a Sunday afternoon.

Shame on me; I should have known better. Our time together blossomed into more than two years of Sunday afternoons during which I was blessed with first hand lessons from a cooking master. And, he wasn’t telling us what to do – he was showing us – with his own hands. Blindness simply wasn’t an obstacle for Nick. John became a vital part of the cooking team by helping steer Nick around the kitchen, making sure he could find, touch and work with each ingredient. Our two standard poodles, Glenda and Lily, were an ever-attentive audience, waiting patiently for the cooking commotion to end before they closed in on the floor scraps.

This kitchen scene was the inspiration for the label I created for food parcels we gifted to others, particularly during the holidays, when Nick never forgot anyone, including the dogs! I only regret he couldn’t actually see the label, although when I described it to him he seemed as tickled as he would have been had he been able to see it.

About this time last year Nick’s health failed to the point that our Sunday afternoon cooking adventure was off the menu. He died last November at the age of 94. We all miss him terribly. Certainly he left behind his cooking legacy, seen so clearly in the incredible, imaginative dishes created by his grandson Matt who is a natural. And, although she won’t admit it, his daughter Evelyn (my ‘adopted sister’ and very dear friend) also has the cooking gene. More than that, though, he left the gift of hope by demonstrating all of the wonders and possibilities that exist when you don’t let a few obstacles keep you from doing what you love.
Next up – Nick’s cavatelli.