The Saga of The Gibson Girl Plates 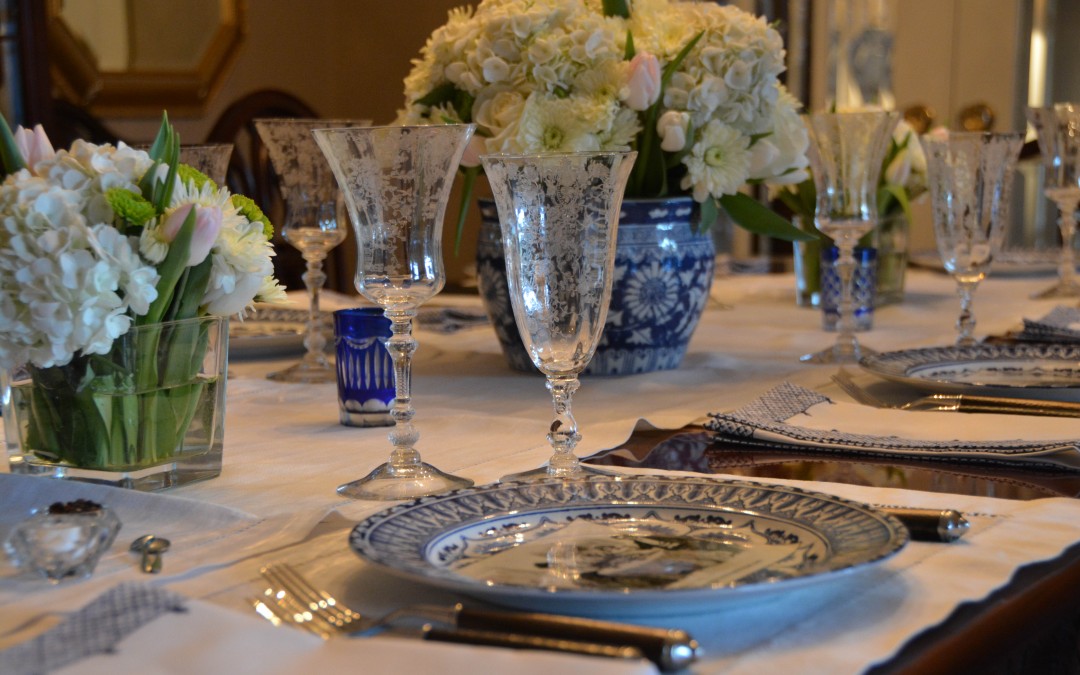 Who doesn’t love the Gibson Girl? Gorgeous, elegant and assured, she was the emblem of a rapidly expanding middle class at the turn of the 20th century. Along with the Gibson Man, she was the creation of Charles Dana Gibson, whose pen and ink satirical illustrations captured the hearts and imaginations of Americans and Europeans rapidly climbing the social ladder. 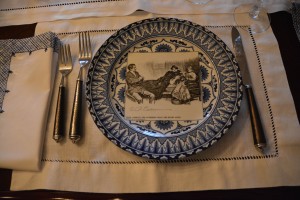 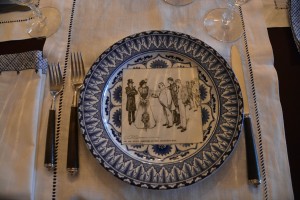 #14 “The day after arriving at her journey’s end” 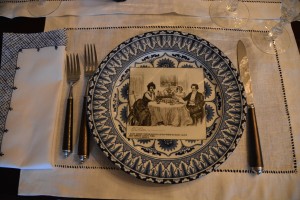 I had long been vaguely aware of the Gibson Girl series of plates by Royal Doulton, but they came more fully to my attention when I visited Hillwood Museum, the late Marjorie Merriweather Post’s house just outside Washington, DC. Now there was a society hostess! A relic of the gilded age, the General Foods heiress brought entertaining to heights not often seen in polite society. But I digress… Another blog topic, for sure. 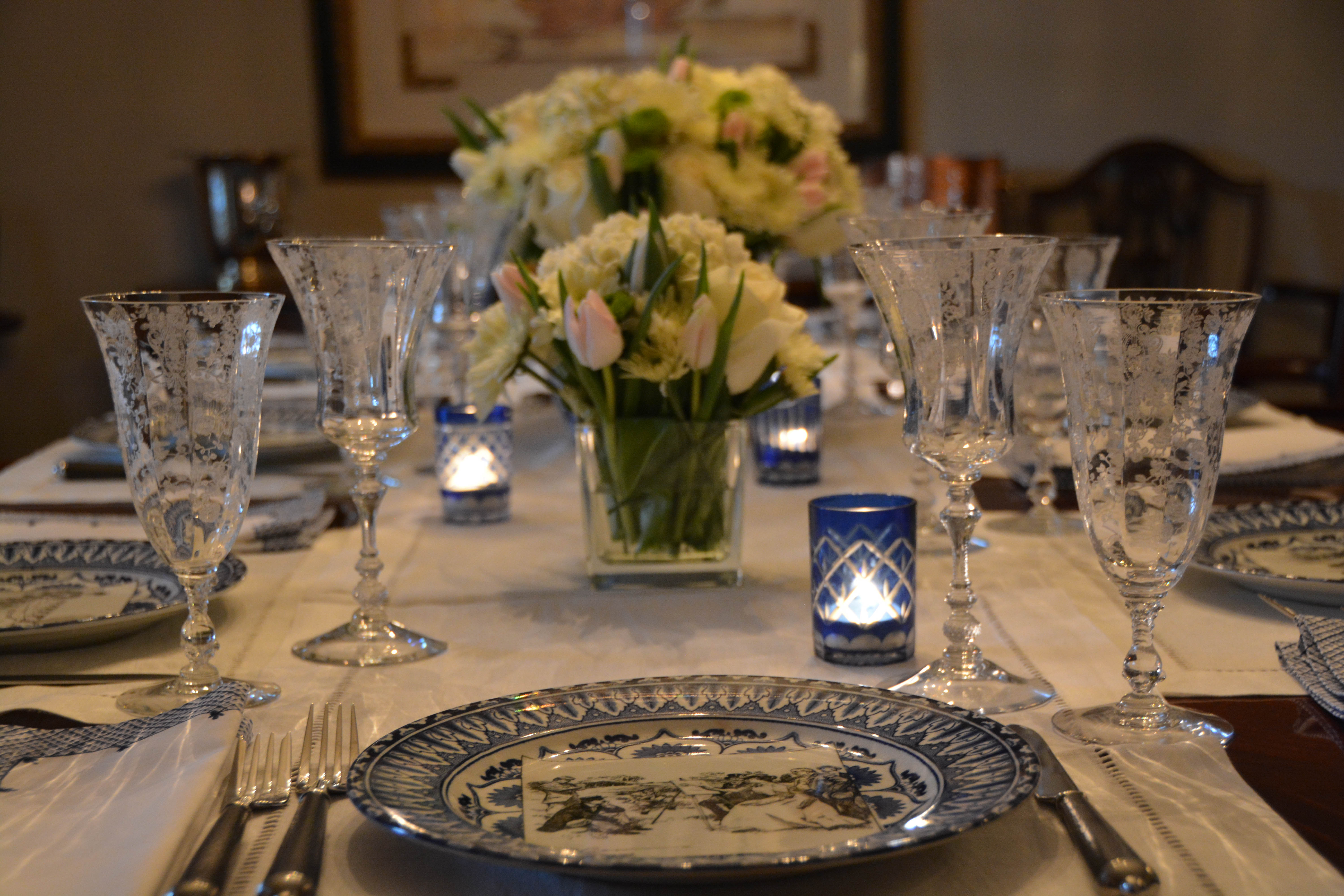 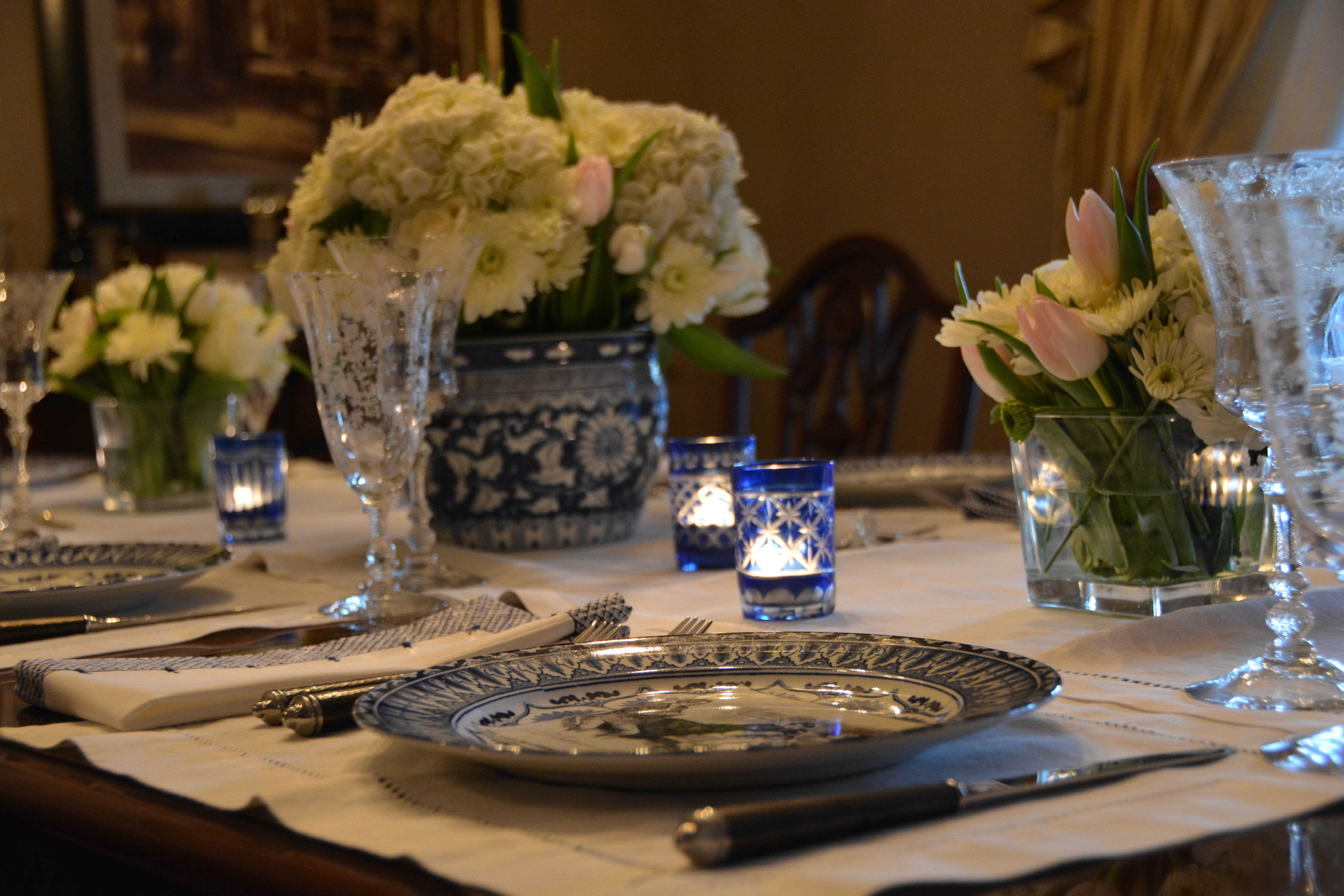 I very much liked the bold blue pattern on the shoulder and body of the plates, and the unusual use of square illustrations in the middle.  A little research revealed that the series comprises 24 plates and was produced by Royal Doulton between 1901-1902. It features 24 illustrations out of the 83 in Charles Dana Gibson’s book, “A Widow and her Friends”. I began digging around on eBay and other sites late last year, and was very pleased to find that one seller had 8 of the 24 plates. For the sake of this blog, let’s call her Daphne.

They were reasonably priced and looked to be in good condition, so I ordered them to be delivered to Canada, as the shipping was very reasonable and there is no duty on 100+ year old plates. I followed their progress through a tracking number with excited anticipation. Finally the day arrived. The box was delivered and I was surprised that it was so small and light. With good reason: it contained only one plate. Puzzled, I sent the following email:

Hi,
I received one of the eight plates today. Are these all being shipped individually?
Thanks,
Helen Kain

to which she responded:

Hi Helen,
Very sorry have had one crazy busy week. The package packed with all the plates was oversize and would not go. By taking one off and sending it separately we will able to do the rest in the same box. Very sorry I did not tell you. The other box will be there shortly. My Mom got sick again at the nursing home and I have been back and forth there and trying to keep up. Hard to do my Ebay quickly enough when this happens. She has been in the hospital 13 times since last April 13th. Luckily this time they are able to treat here there. She is in the very best facility now. We were on the waiting list for a full year. She is 86 and is prone to UTIs and other complications. I wish I could bring her home, but can’t lift her. So I have to go back and forth. Its local though so its fine. Will send you the tracking number for the second box here this evening. Just doing the 5 oclock rush right here at the moment. God Bless, Daphne

Somewhat annoyed, but also weirdly fascinated by the thought process behind her communication, to wit: TMI!!!, and why did you send one plate, not the seven that fit in the box??!!

I’m very sorry to hear about your mother. I know it’s upsetting and frustrating dealing with elder care.
I am confused about the order, however. If the oversized box needed just one plate removed, it would seem logical to have sent that box minus one plate, rather than the single plate. It’s now been a week since the order was placed, and I’m in possession of one plate, rather than eight (or even seven). I am going away next week and had hoped to have this taken care of before I left. I would appreciate receiving the tracking number and am anxious to receive the package ASAP.
Thanks,
Helen

I began to wonder if she had actually mislaid or broken the other plates and was preparing me for a huge drama about it, so sent a second response:

Daphne, I’d like to just offer that if something has occurred and you can’t lay your hands on the other 7 plates, I am fine with us cancelling that part of the transaction. I am able to locate most of them somewhere else. I just don’t want this to become a bigger thing than it needs to be. It sounds like you have a lot going on and are not really in a position to be fulfilling orders right now. If you could please just let me know as soon as possible, I would appreciate it. I’d like to hear by close of business today, please, as I would like to proceed in acquiring the plates elsewhere.

I got this back:

Hello Helen,
Your plates are on the way. My mother has been taken to the hospital and has blood clots. I could not be here round the clock. They are insured for the full value of the purchase. The tracking number is posted on your My Ebay page. They will be traveling duing the weekend as well being the post office. When I get back tonight I will track and write you back. Am running out the door to go to my Mom, things are not going well at all. God Bless, Daphne

Time passed and the box was received. Six plates, not seven… Somehow I was expecting this. So, bracing myself, I communicated with her once more

Dear Daphne, I received the box last night and opened it this morning. It contains six plates, not seven. The missing plate is your #6, and the description is “Miss Babbles brings the morning paper…” Please refund my account for one plate and we will consider the matter closed.

Once more into the breach, she sends back:

She’s on the way. Been back and forth each day to the hospital.Then caught the bronchitis bug myself, from being so run down. Had to get help with my Ebay. The plate would not fit in the box with the others. My wrapper had it on the bench seeing what to do. Missed talking with her, so I did not know. We got it right out the door to you. The third tracking number is on your site. So glad the other boxes arrived safely. International shipping is not easy since the rates have all gone so high. Just an inch or two in any direction boosts the cost up into the hundreds to get something delivered. I think we have them all to you as soon as this one arrives. Very sorry for the delay. But My Mom having another blood clot in her leg confirmed I am the only one here to care for her. I will watch the plate and make sure the last one arrives as safely as the other ones did. All the best, and Thanks for your patience. God Bless, Daphne

The good news is I’ve managed to acquire all 24 from various sources, mostly one at a time. But I will never forget the hilarious saga of the first eight. Dealing on eBay is really good for a laugh, if nothing else. I’m just thankful I didn’t receive her mother in one of the boxes…