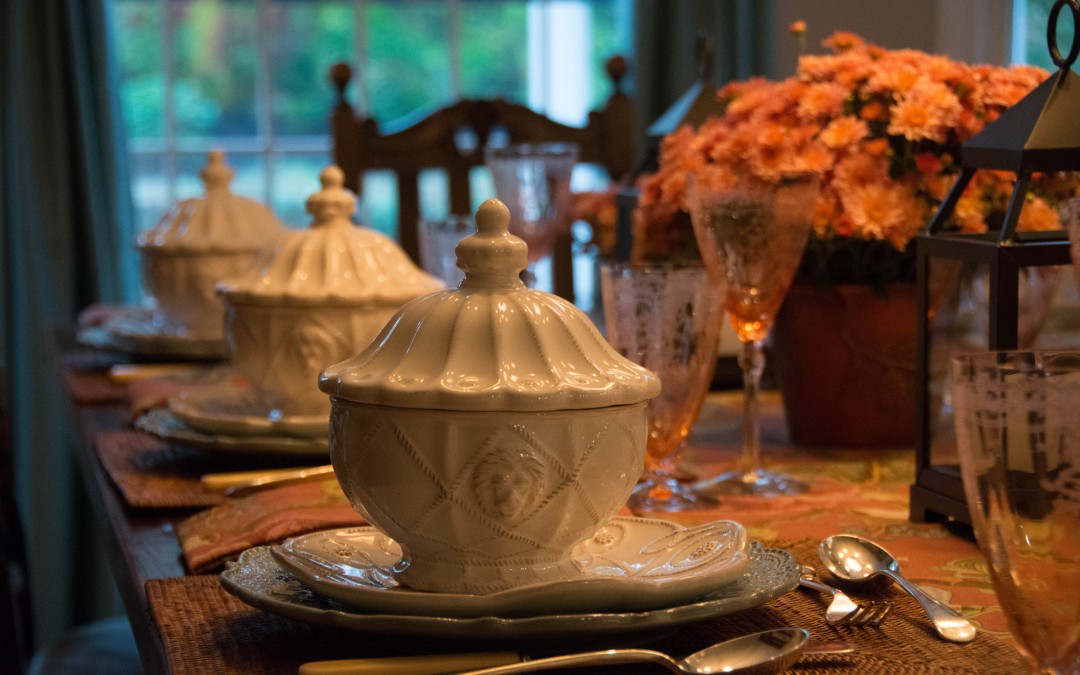 While we are still getting some days where it’s warm enough to eat outside, I reluctantly concede that people are likely more comfortable indoors in the evening. It’s always a bit sad when this happens, but I do indeed love the change of seasons, so can’t complain too much.

We had invited two couples round for dinner, and I wanted a warm, casual tablesetting to coordinate with the copper gratin serving dish for the Slow-Roasted Leg of Lamb with Heirloom Carrots and Snow Peas which would feature as the main course. I had settled on Pumpkin Soup with Spicy Pepitas for the starter, and that brought in my Juliska Jardins du Monde covered individual soup tureens (now sadly discontinued, but sometimes available from Replacements.com). 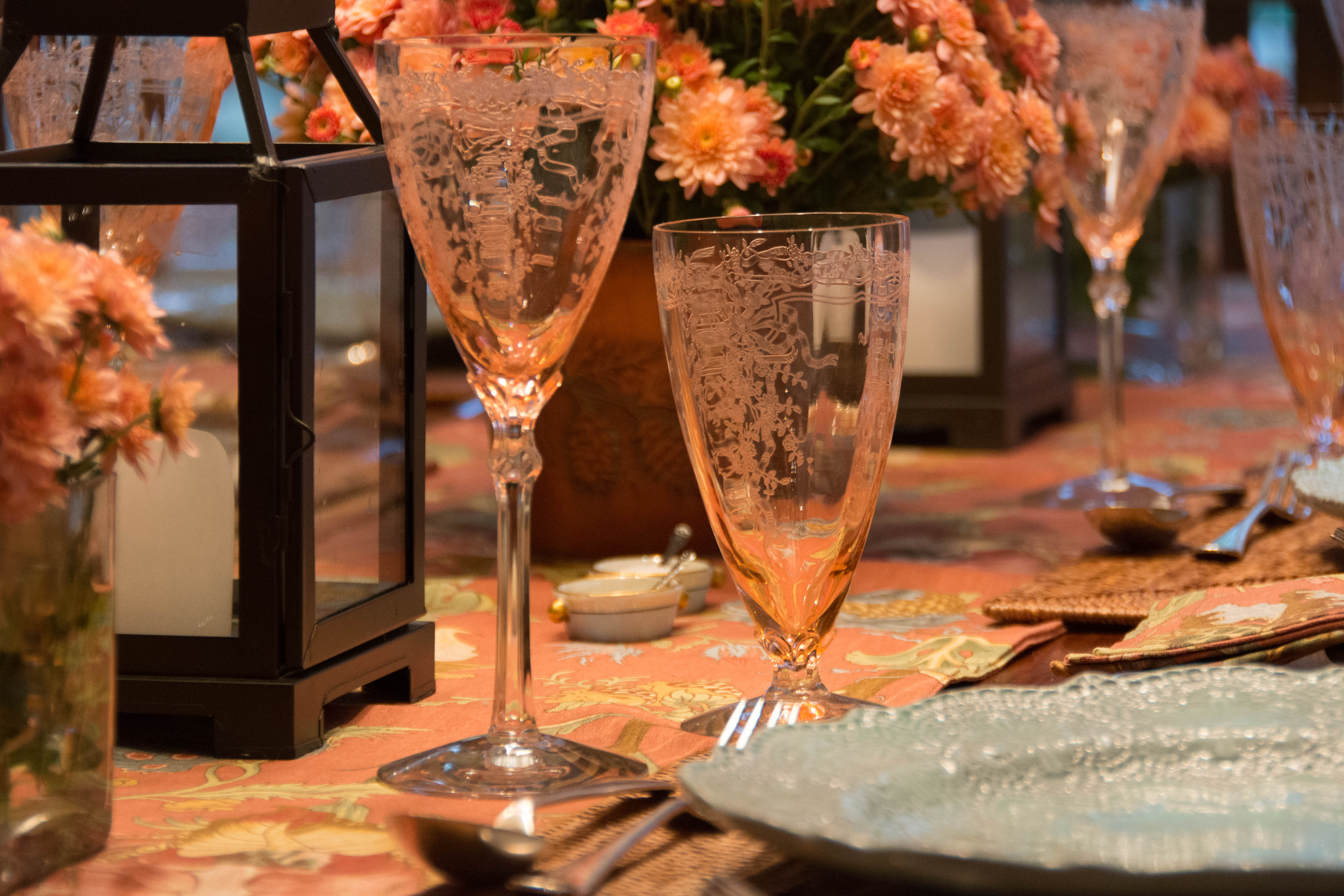 The local farmer’s market had yielded some lovely peachy-coral chrysanthemums, an unusual colour that went perfectly with the June Pink depression glass goblets and water glasses (originally iced-tea glasses, but I have repurposed them). 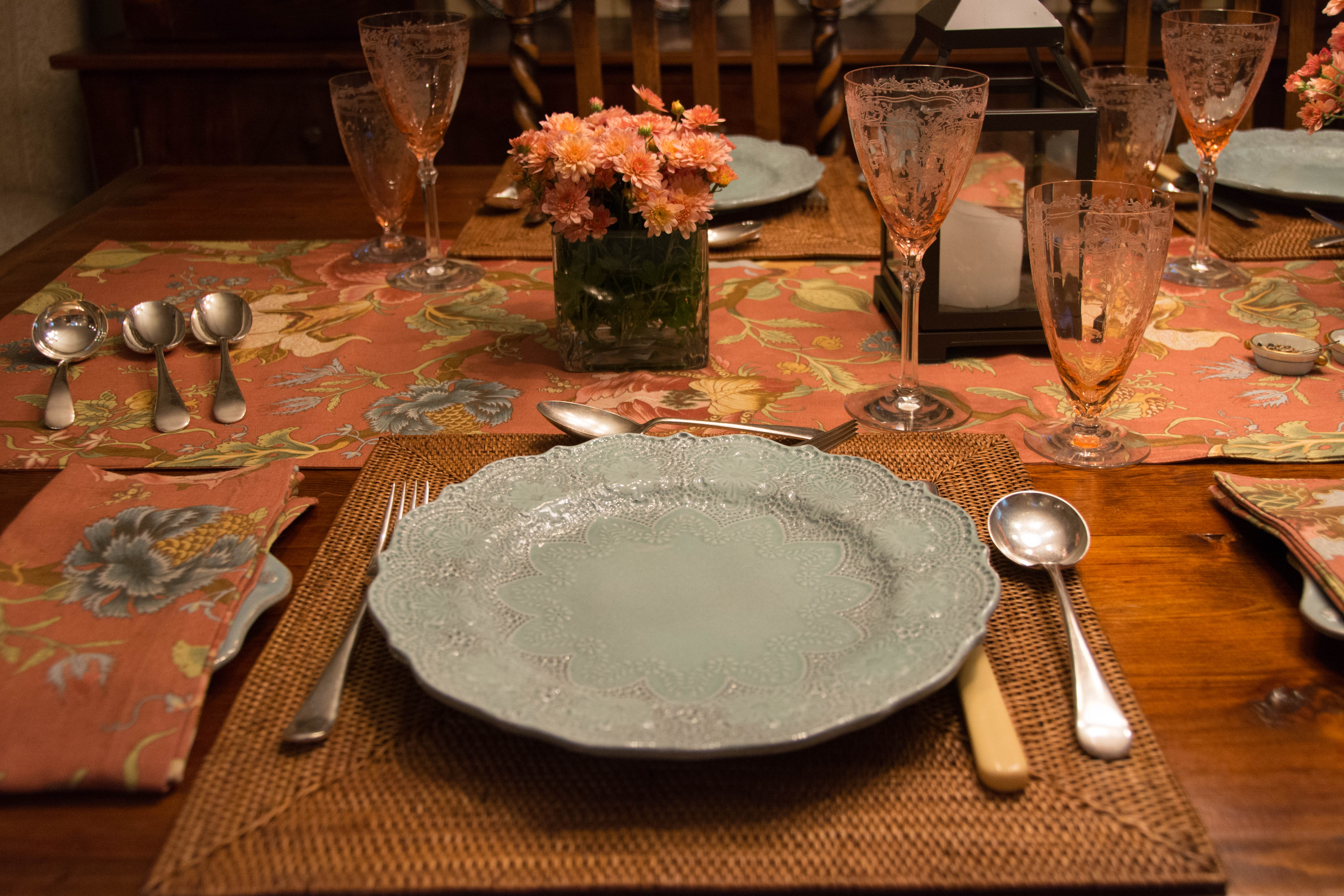 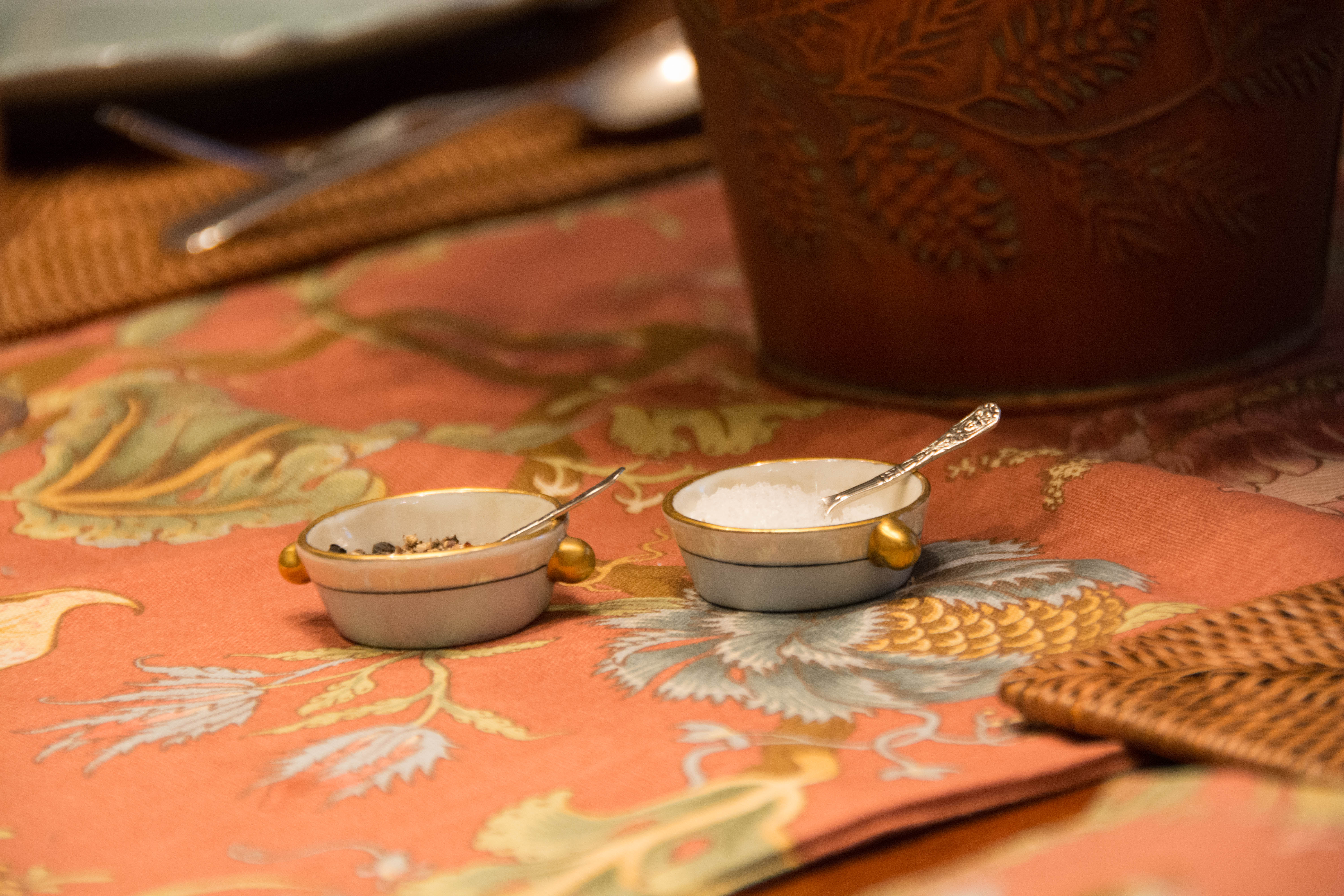 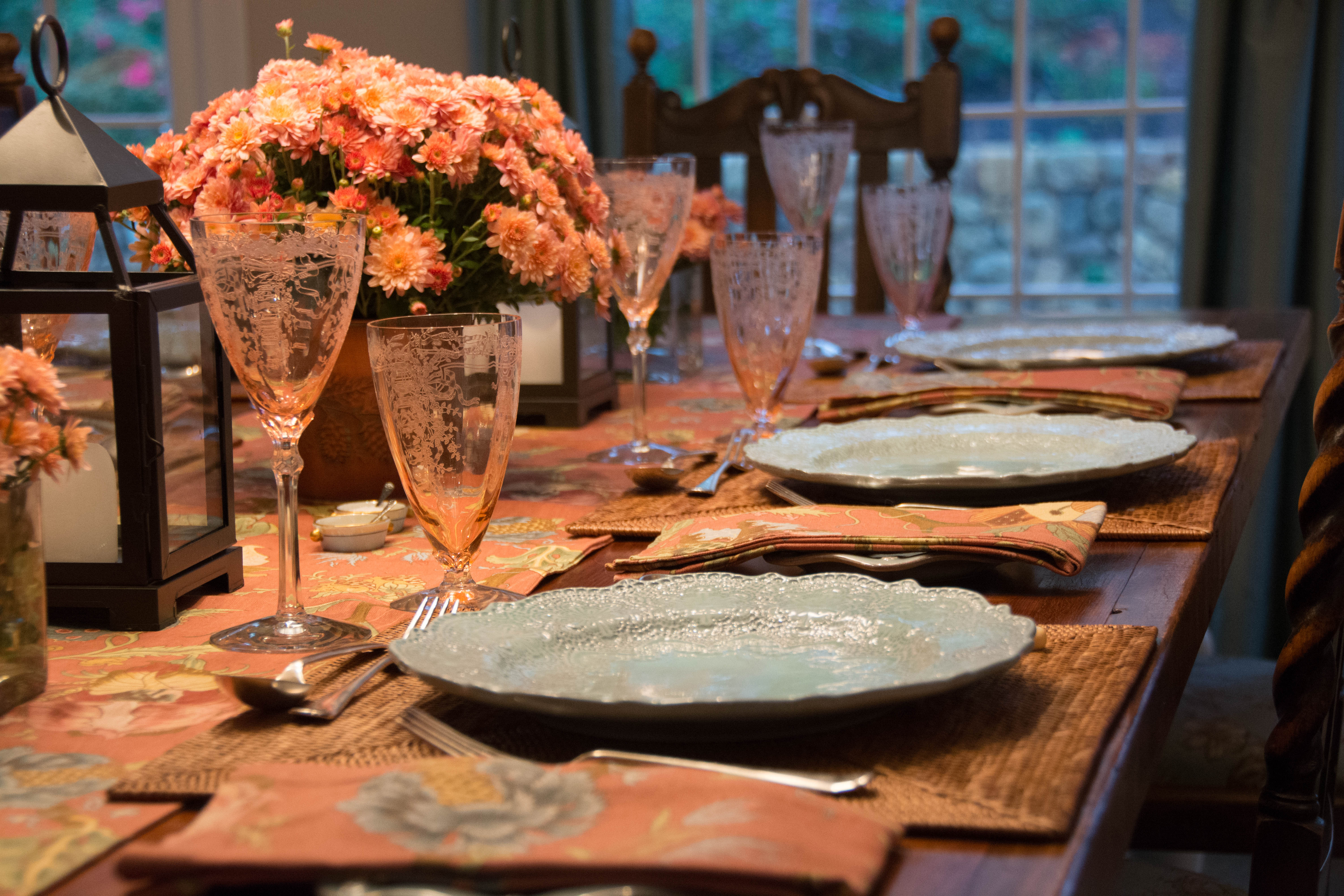 The table set, I could now concentrate on getting the meal together. The full menu:

Slow-Roasted Leg of Lamb with Heirloom Carrots and Snow Peas