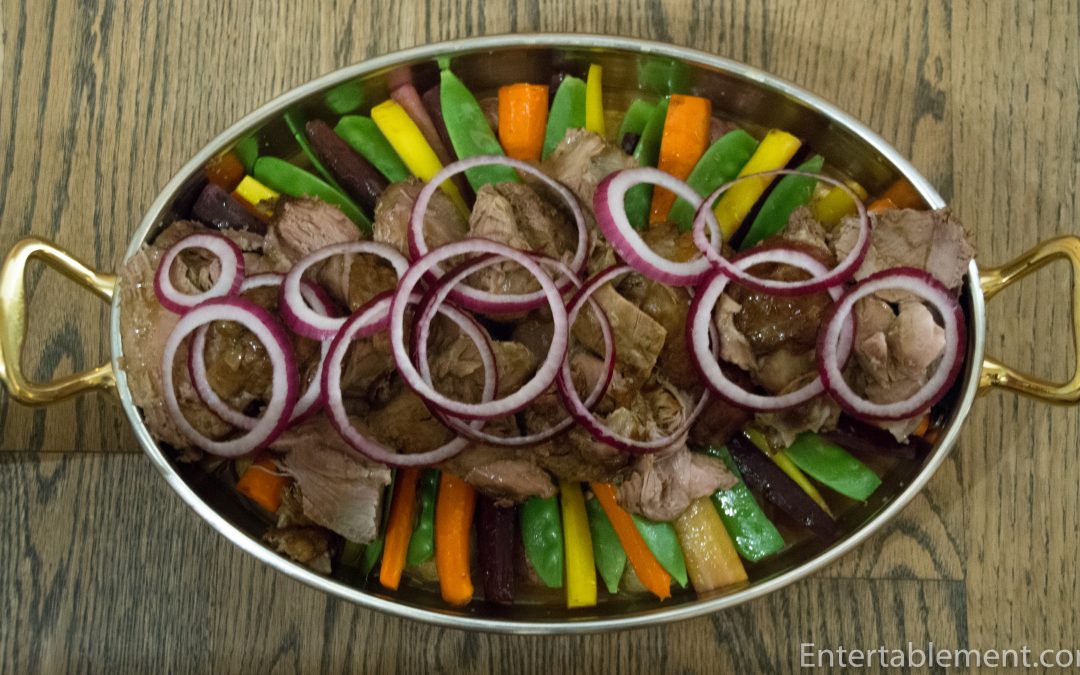 This dish was inspired by one we enjoyed at Les Papilles, a very small restaurant in the Latin Quarter of Paris, which we visited on a recent trip. “Les papilles” means “taste buds”, and how appropriate that is. The menu is completely set. No choices. It’s Chef’s taste buds that are the decision-makers, not those of us peasants who dine there. Chef prepares the food each day according to what looks good at the market and his own preferences. Diners take it or leave it. We took it. We attempted (futilely, I might add), to order a bottle of champagne to start the evening. Non. Non? Non. Well then, oui, we will just enjoy this lovely white burgundy you have selected for us. And so it went. We proposed, they declined. Firmly. And the meal was absolutely outstanding.

I came away with the photo from my phone shown below, and a burning ambition to recreate the dish. 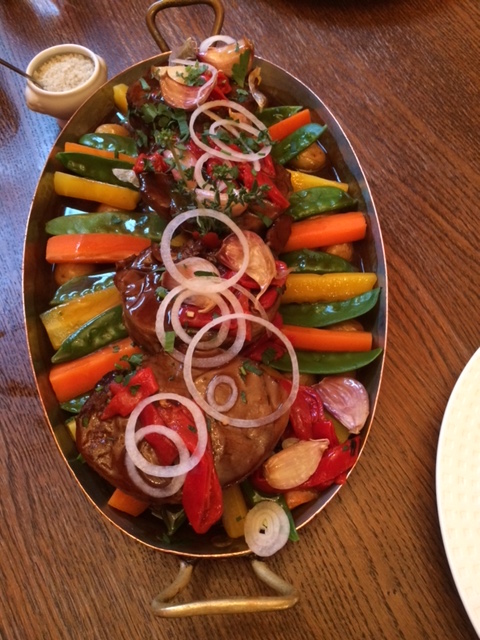 So, I reverse-engineered the thing and voila! The version from Les Papilles featured lamb shoulder, which is impossible to get in the Cape, so I substituted leg of lamb. Boneless leg of lamb. One can rarely get bone-in here, either. Sigh. Fortunately, I had some frozen home-made lamb stock from a previous leg of lamb. That made all the difference in preparing the the jus, which is what really makes this dish stand out.

Mine doesn’t look quite as purrty as the original, but it was absolutely delicious. The lighting was better at the restaurant, she says, a tad defensively. I made four courses for the dinner party at which this dish made its appearance, and by the time it was ready to serve darkness had fallen. As you can imagine, it requires a bit of last minute assembly, and with guests sitting at the table I declined to do a lot of fiddling around, staging the dish, playing with the camera angles and lighting. I don’t have studio lights at the Cape (yet… heheh), so it was catch as catch can with the lighting for final photo. C’est la vie. When I make it again, I’ll take a better shot and update the photo. 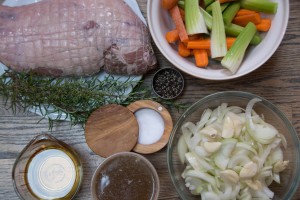 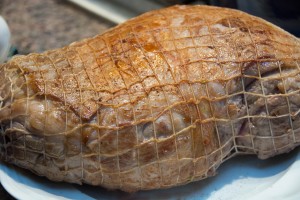 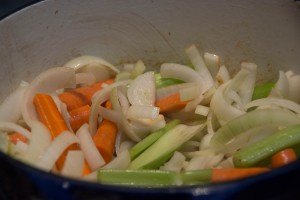 Saute the vegetables until they begin to brown 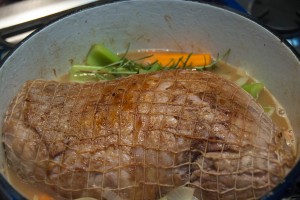 Add the wine, stock, herbs and return the lamb 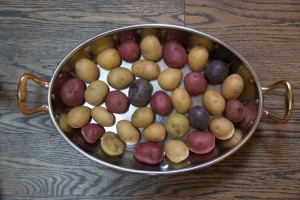 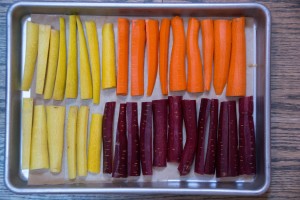 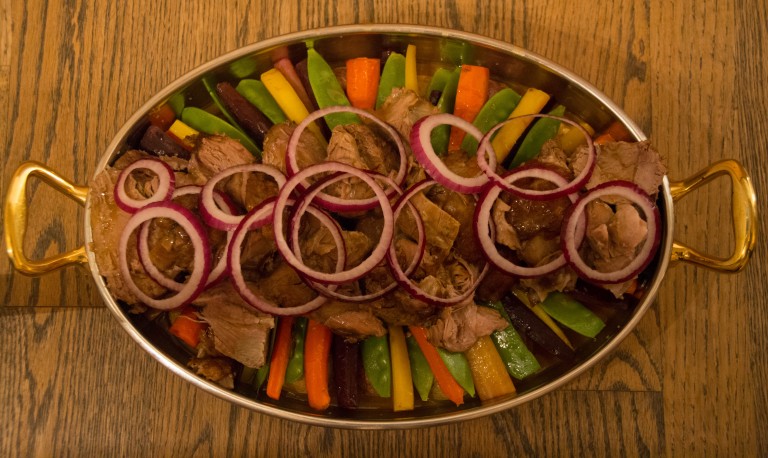 Here are some sources for the bits and pieces of equipment I mention in this post.  The Copper gratin pan is available from Williams Sonoma. A good-sized fat separator is available from Amazon. I use a Lodge L-series braising dish and love it, but it’s sadly discontinued.  Le Crueset and Staub are also excellent choices.
Next
Previous