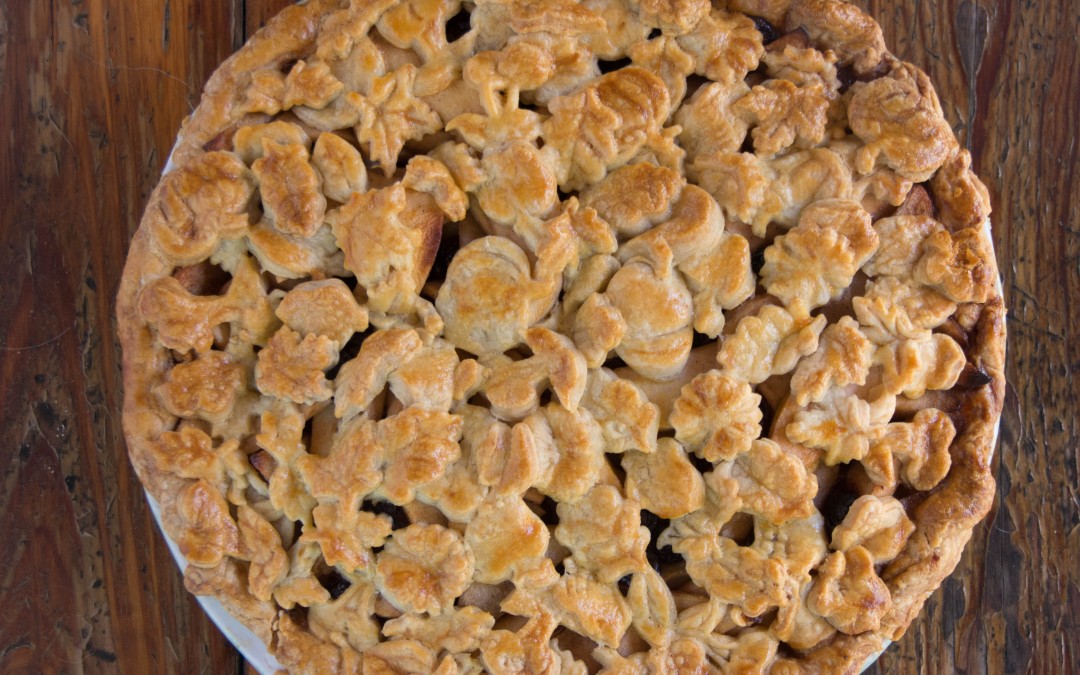 This recipe is adapted from one from Fine Cooking, The original is intended to be made ahead and frozen, which is what attracted me to it in the first place.  I became dubious about how well the pastry would hold up, however, particularly as no pre-cooking of the filling was called for. Sure enough, the reviews reported that the pastry was so-so and that the filling had cooked down while baking, leaving a big gap in the pie. The filling was reported to be delicious, though.  Ok – make some modifications and go from there!

I used Julia Child’s recipe for Pâté Sucrée as I know it’s foolproof, especially when made in a food processor (oh, those years I fiddled away with a pastry cutter and a big mess on the floor…). I use an 11″ deep dish ceramic pie plate from Williams Sonoma (now discontinued, but the attached link is a lovely variety of sizes and shapes), and increased the proportions of the filling accordingly.  If you’re using a regular 8 or 9″ metal pie plate, you’ll have enough pastry and filling leftover for another small pie or some turnovers.

The pastry cut-outs are also from Williams Sonoma. They’re incredibly popular with the grandchildren. 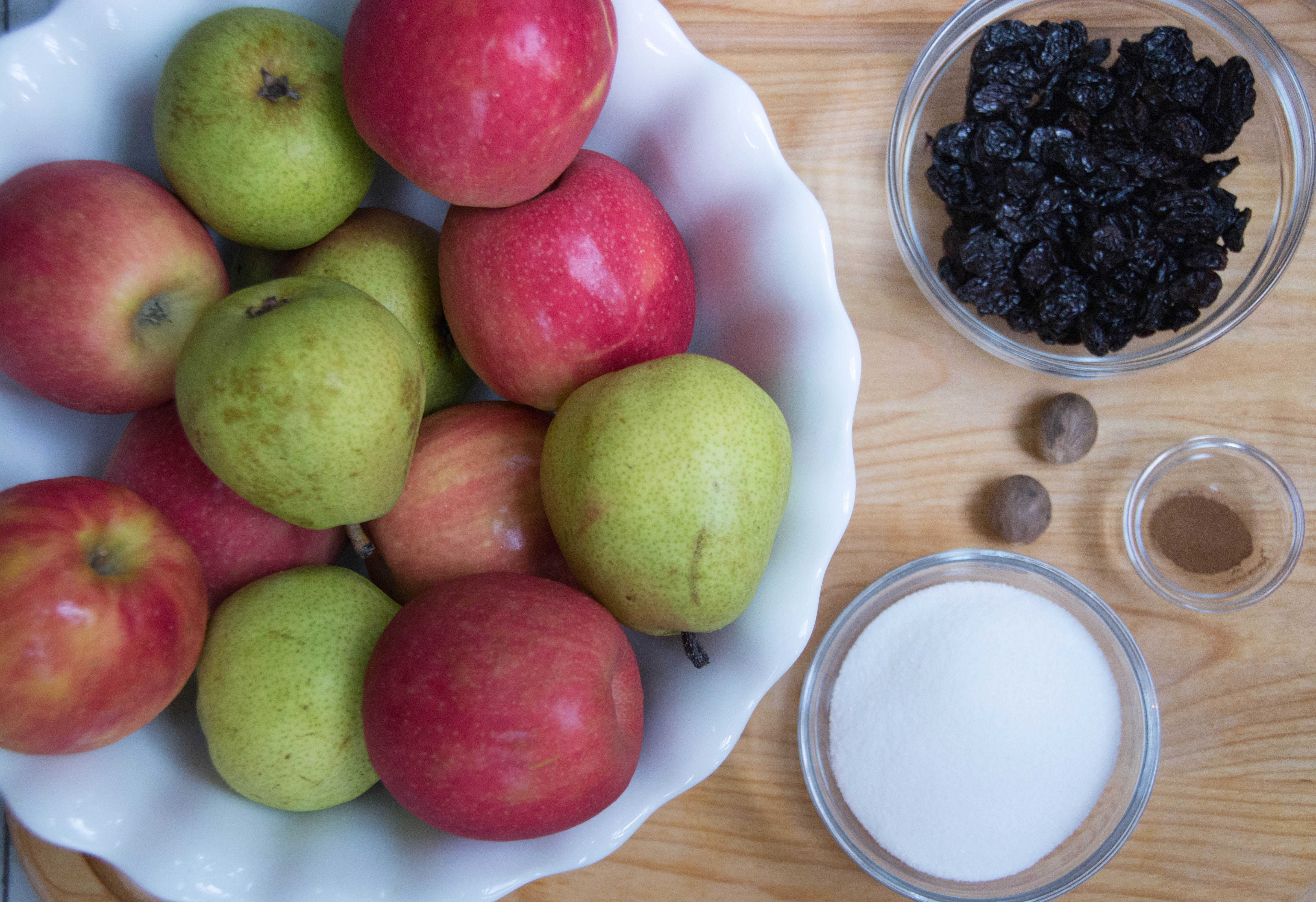 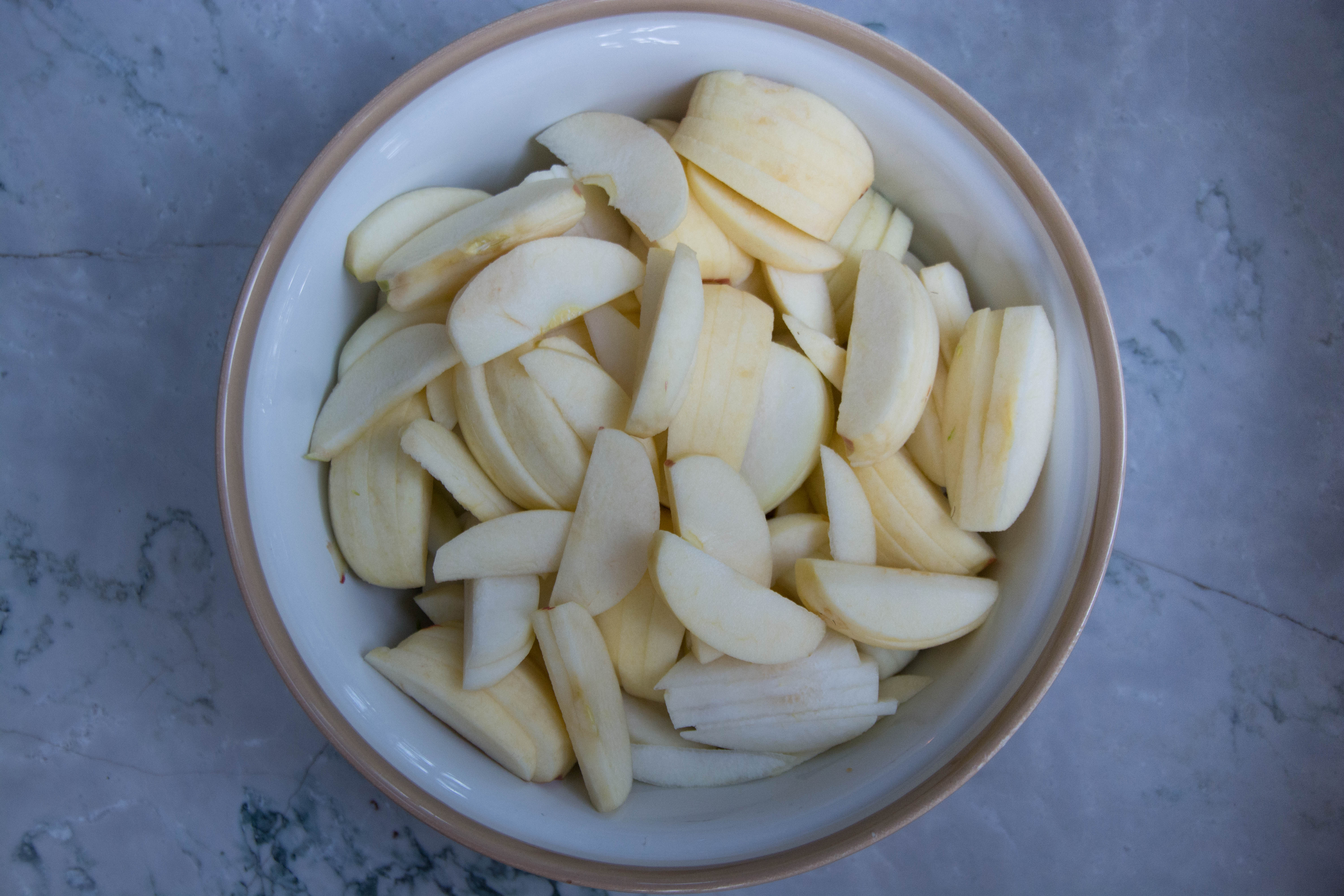 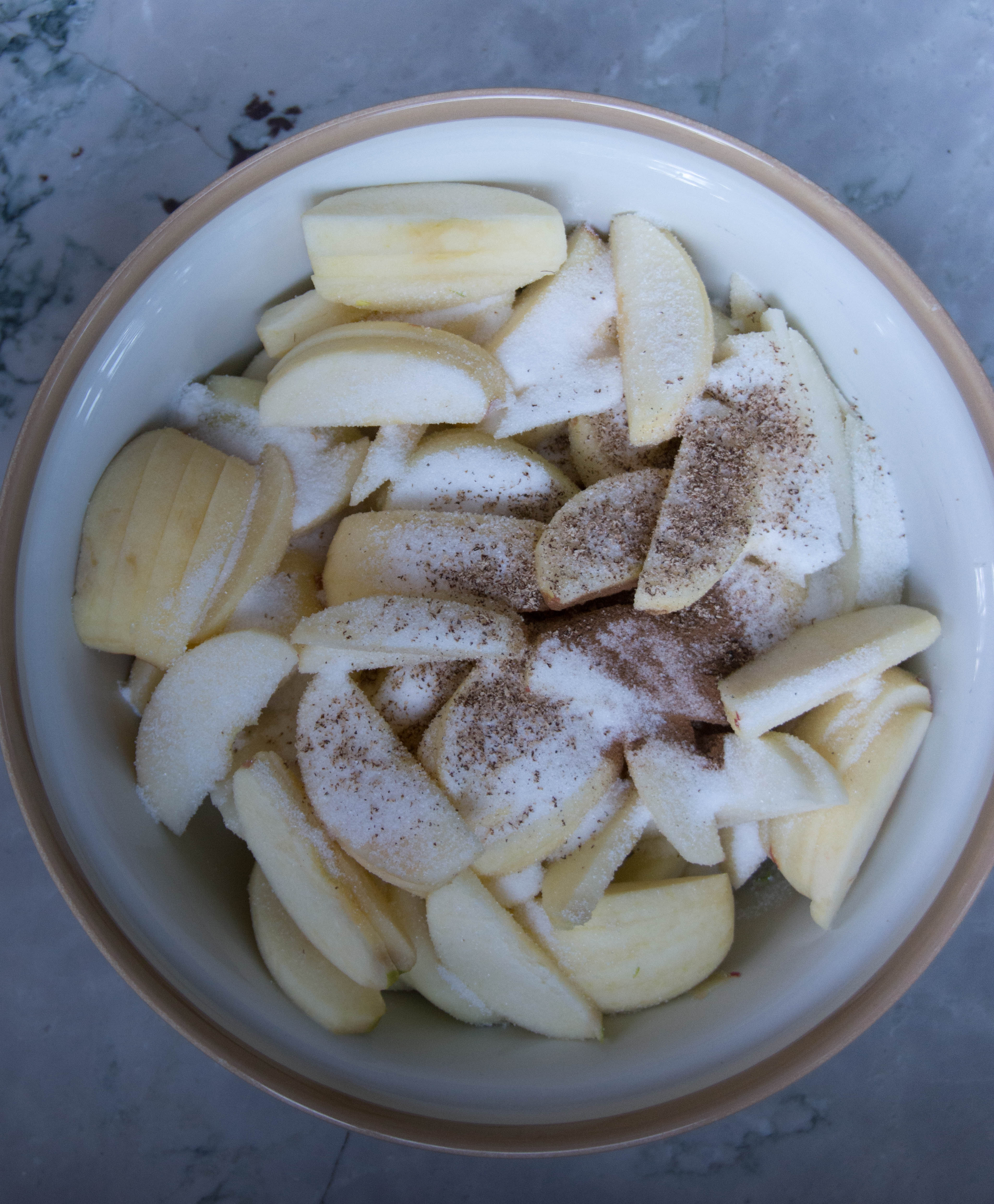 Add the sugar and spices 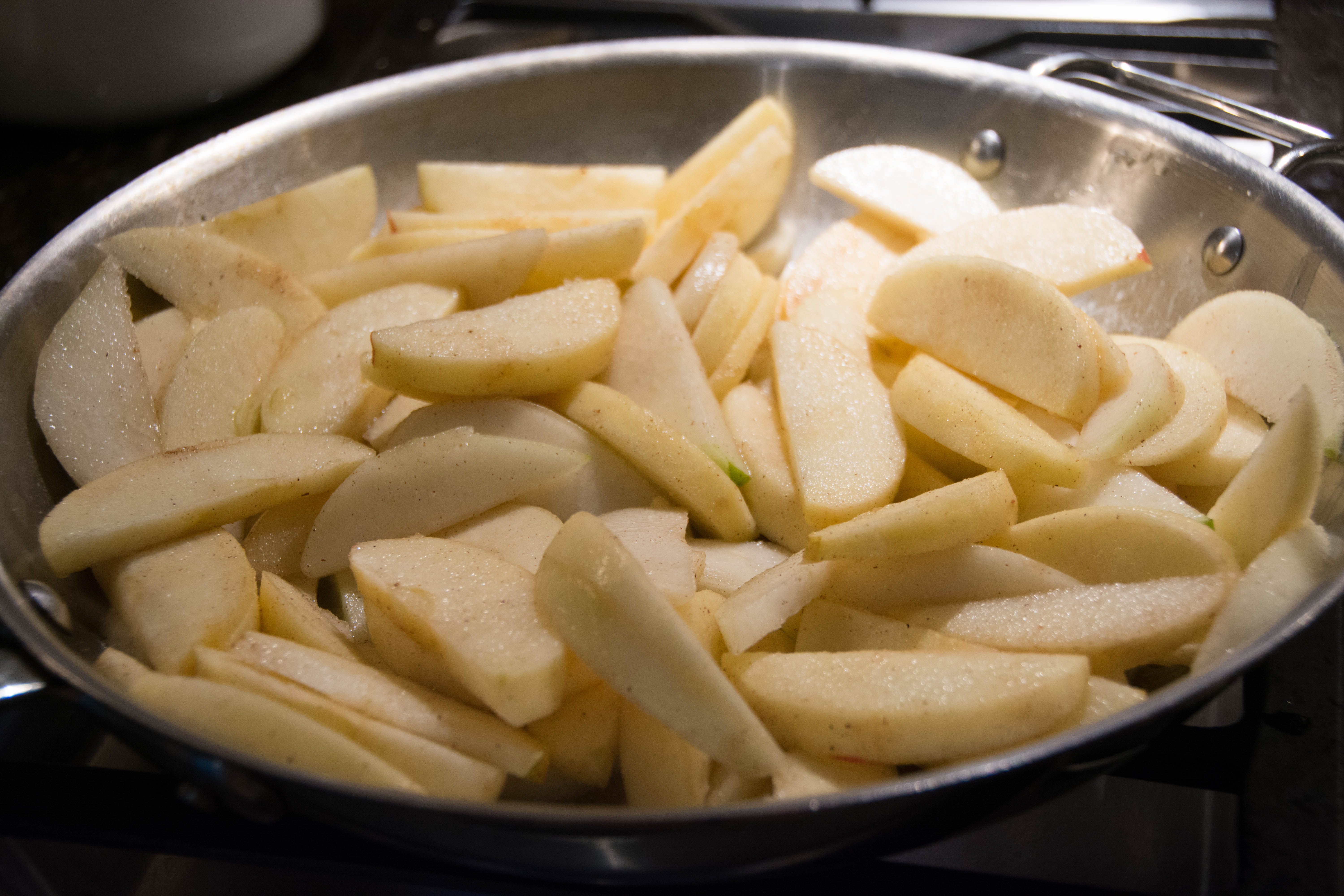 Saute the apples and pears 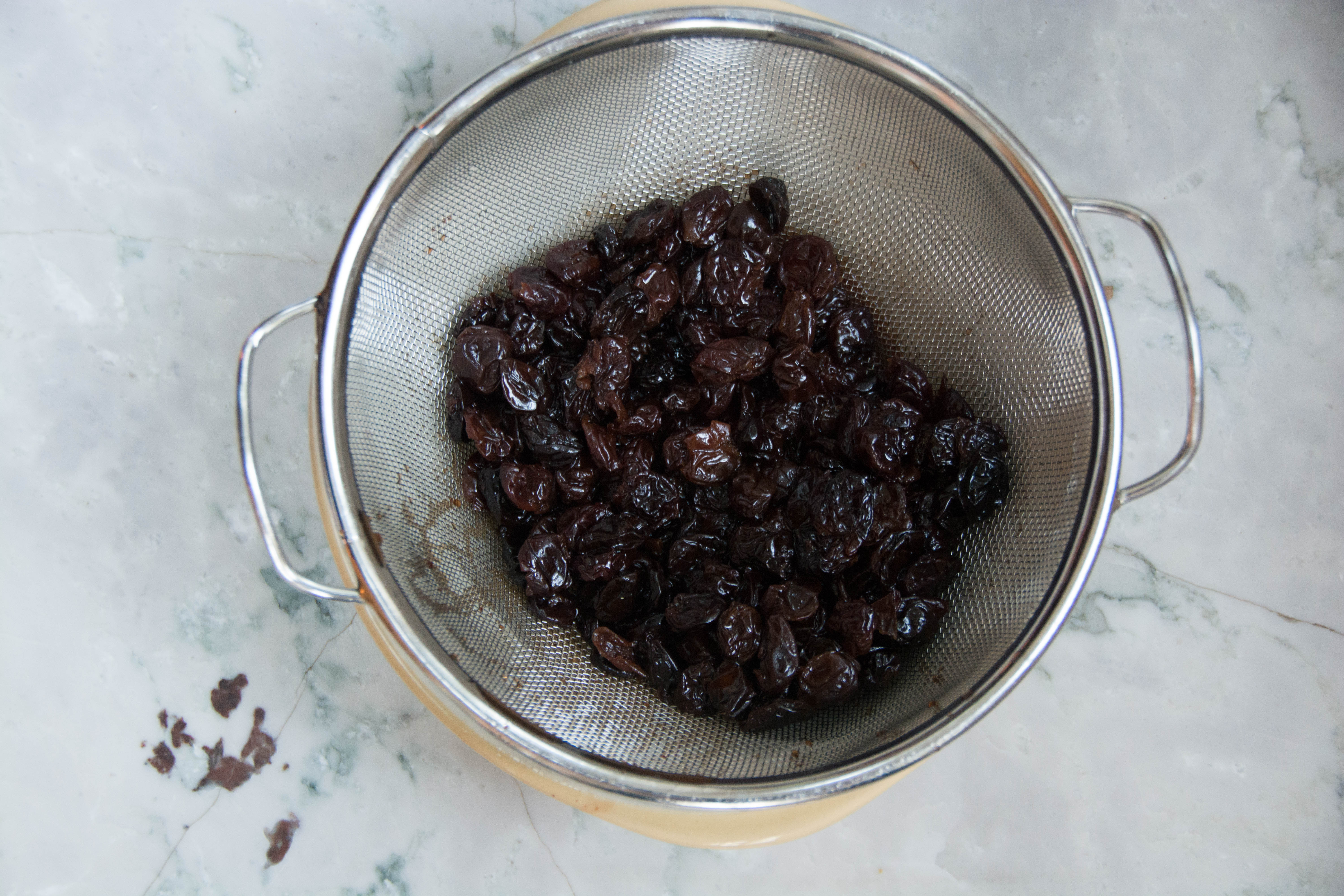 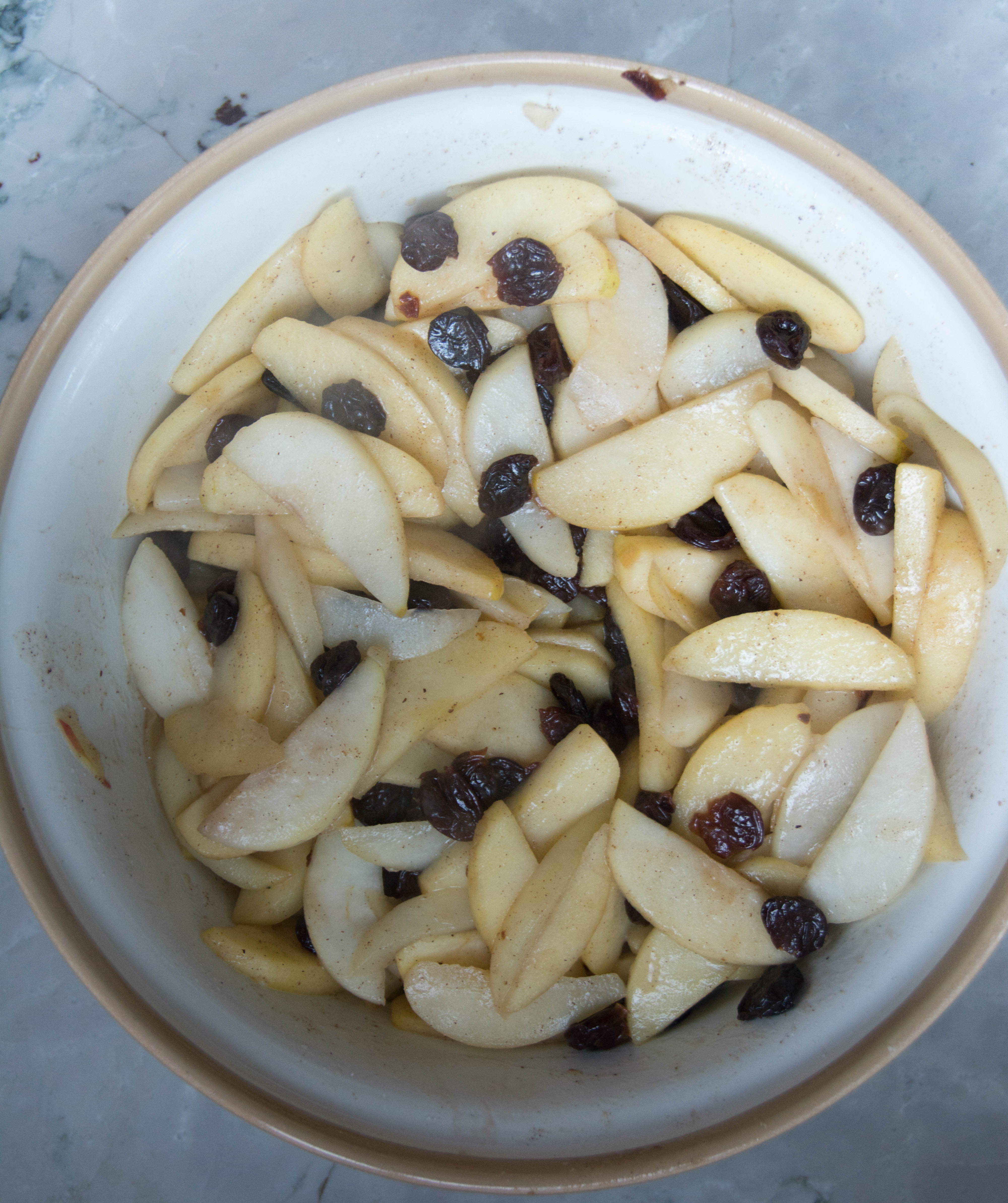 Mix the cherries with the cooked apples and pears 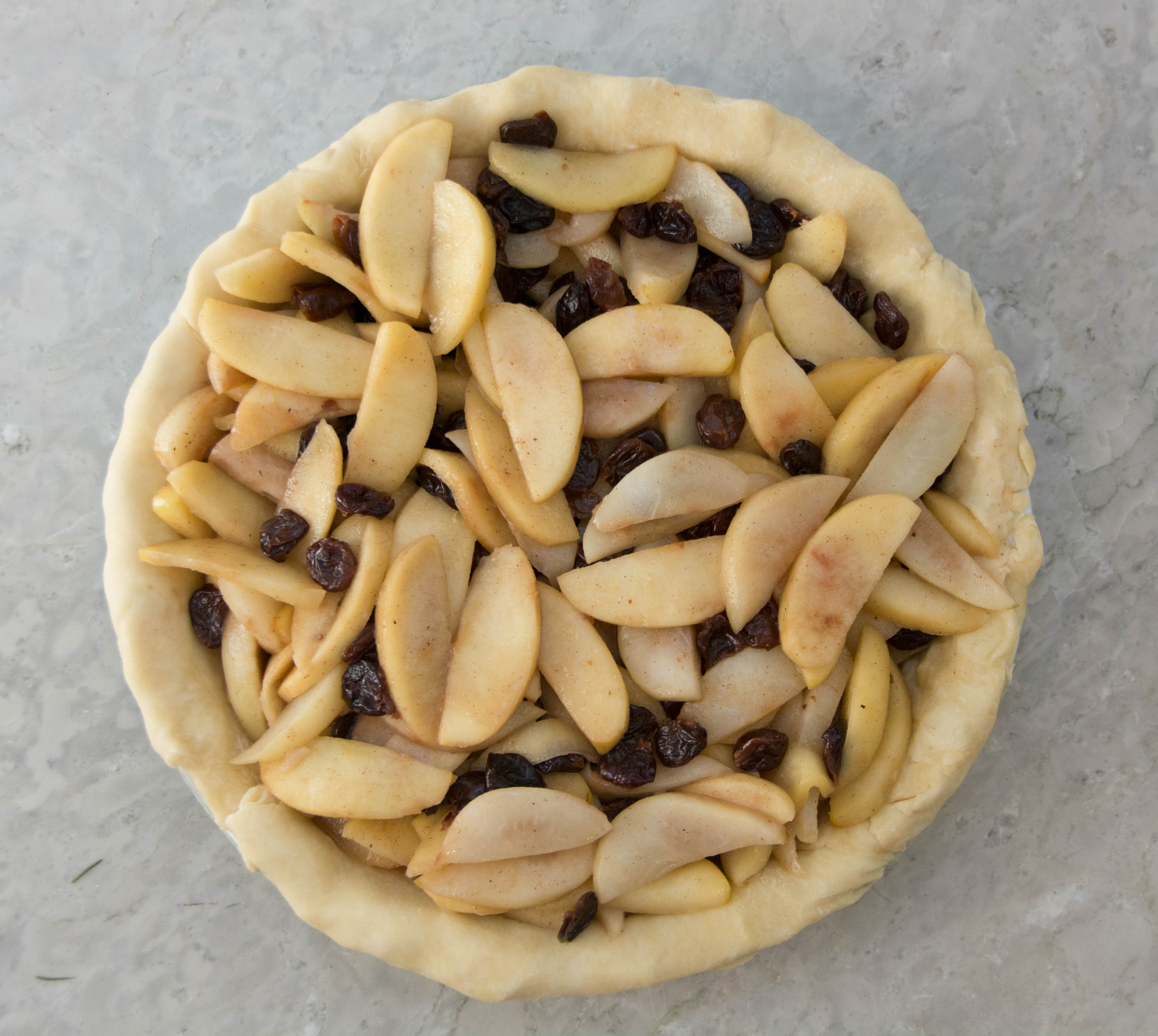 Arrange the fruit in the pie plate 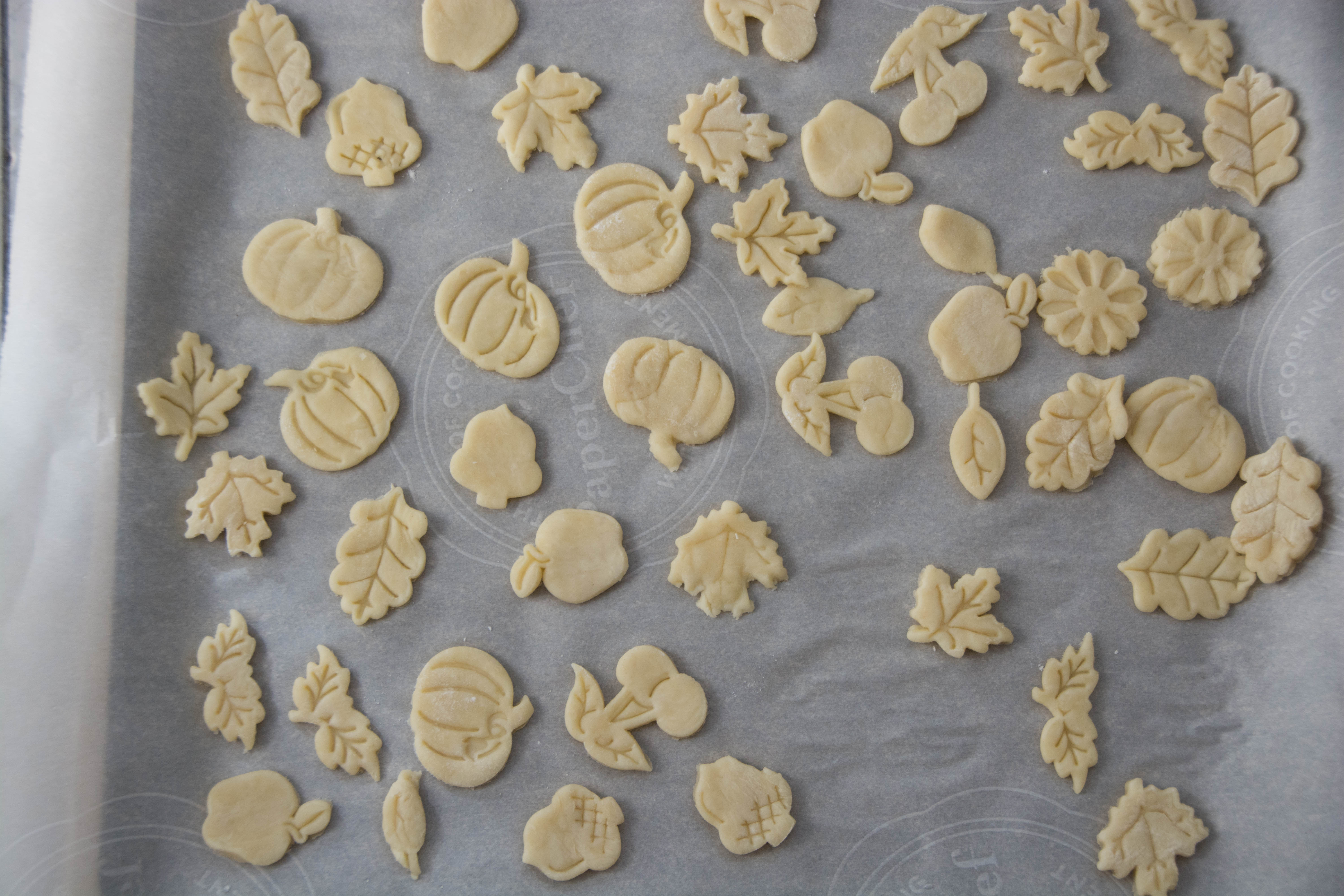 Cut out the pastry shapes 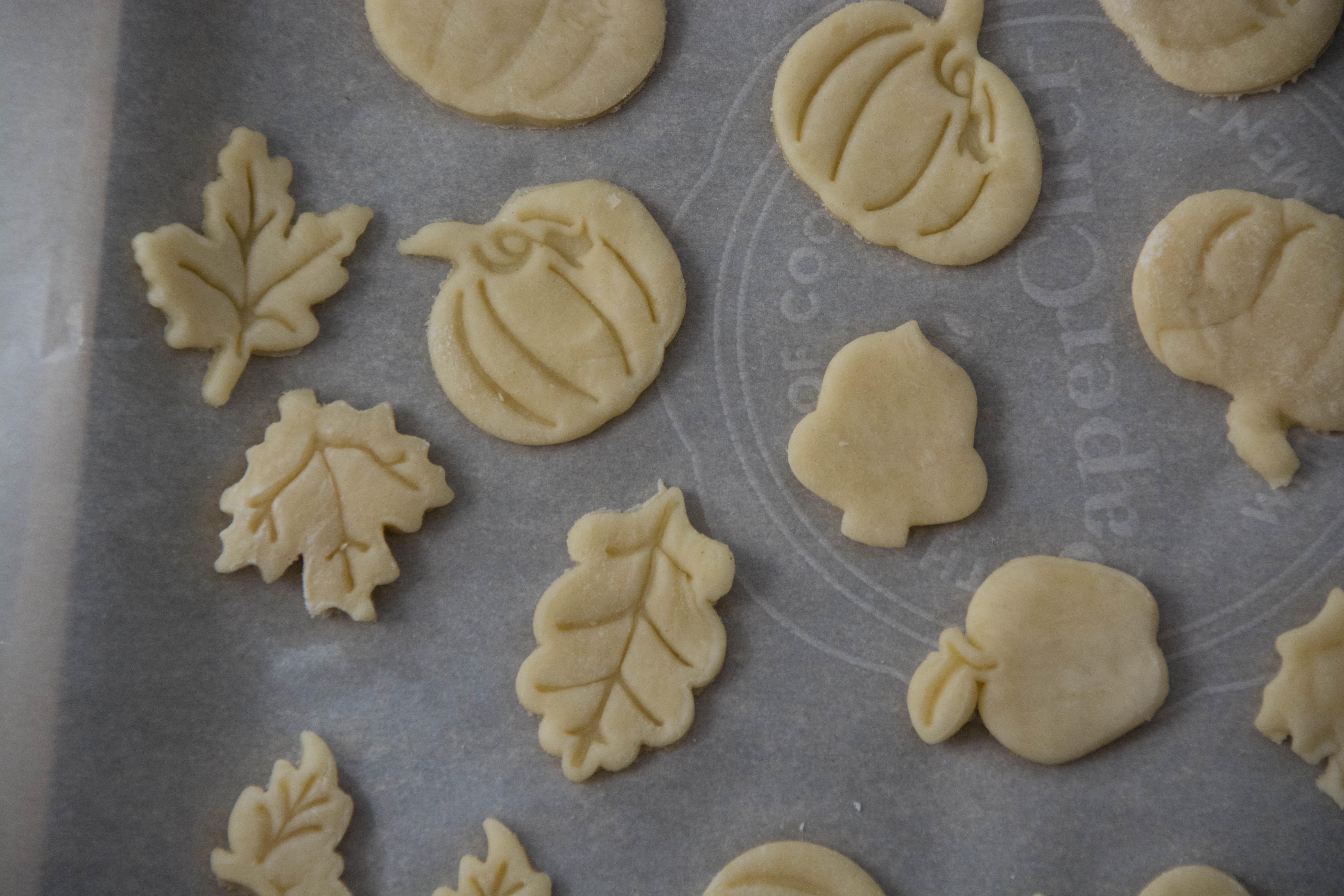 The shapes are easy to make 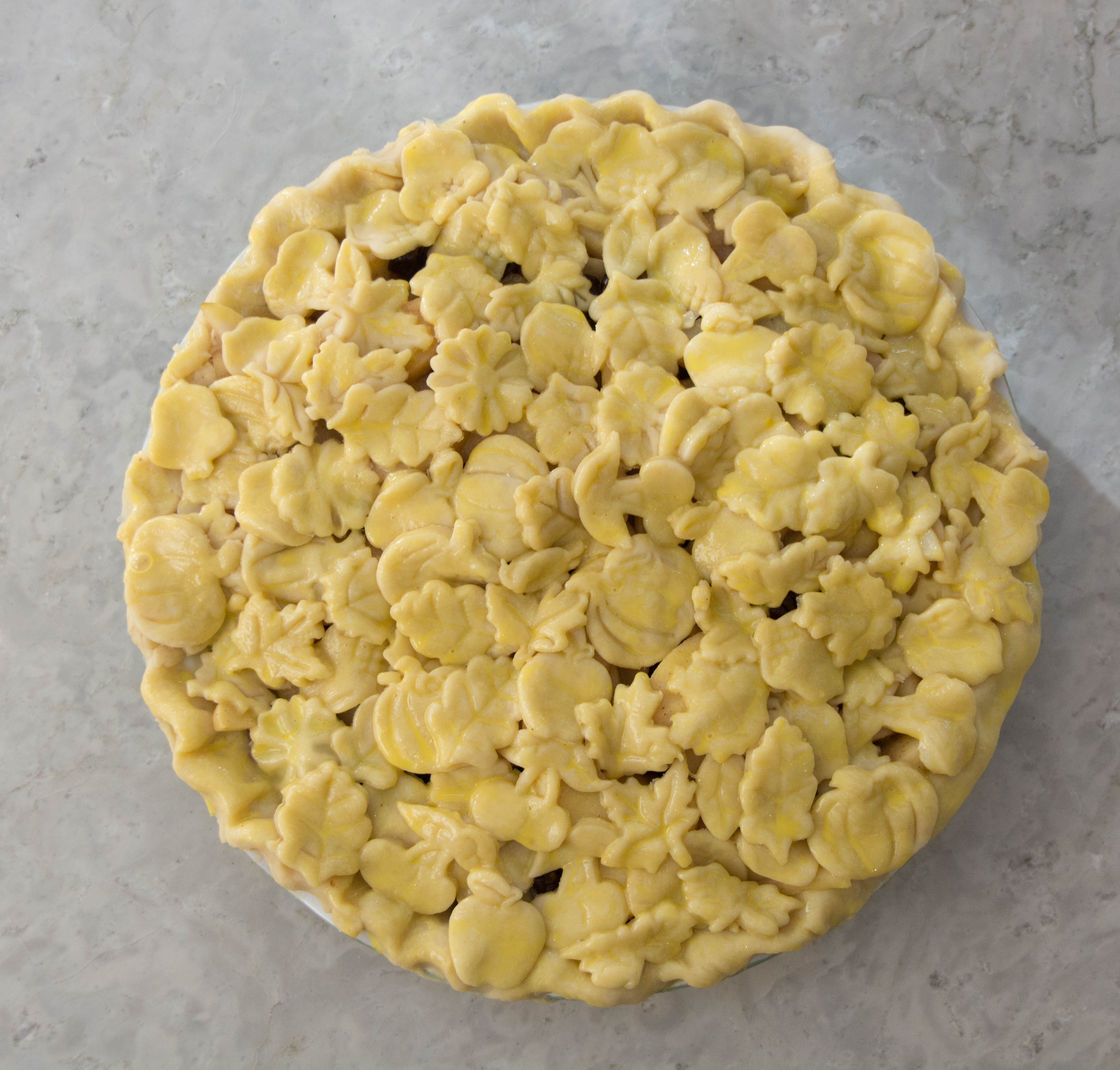 Assemble the shapes and brush with egg mixture 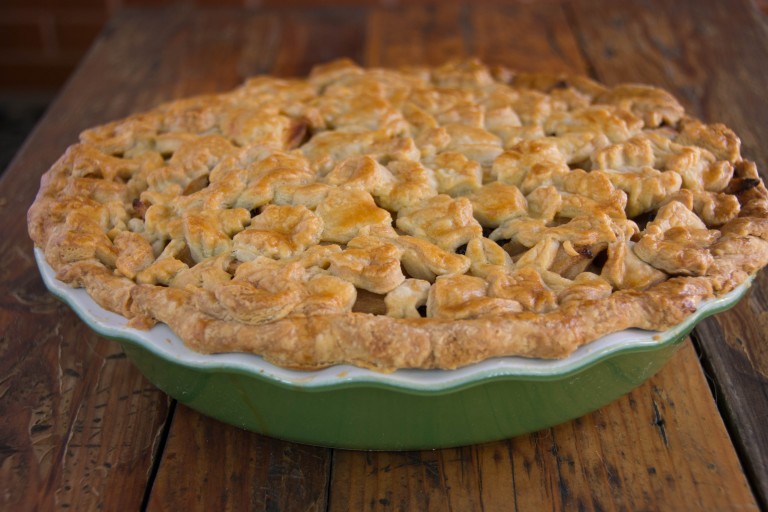 For the Pâté Sucrée