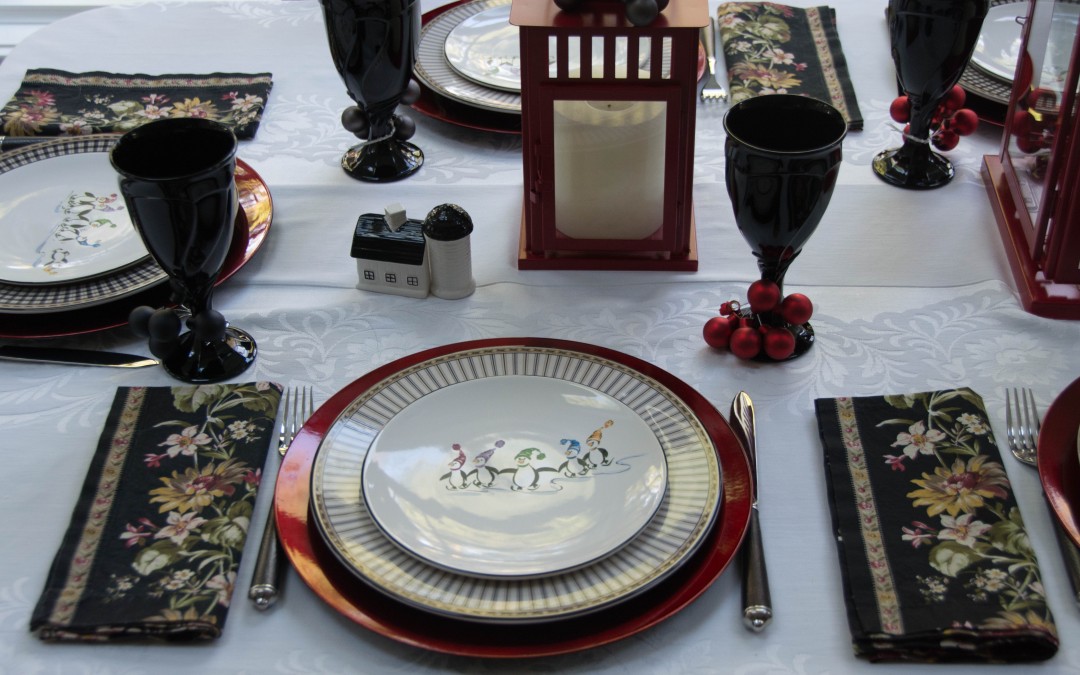 This set by Pfaltzgraff, Penguin Skate,  presented itself several weeks ago during a foray into the zillion or so Christmas patterns on offer at Replacements.com. 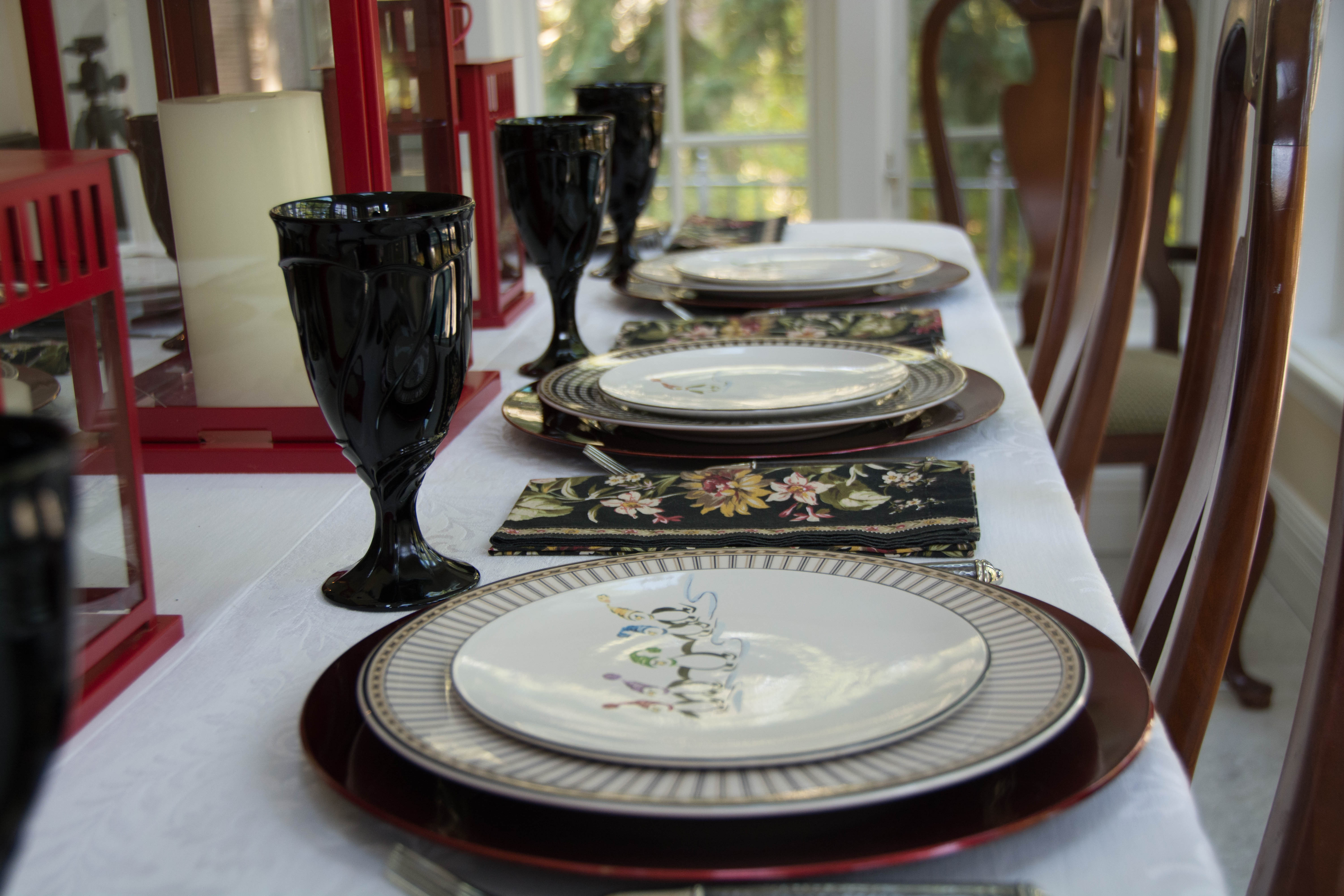 Who can resist a group of penguins learning to skate? 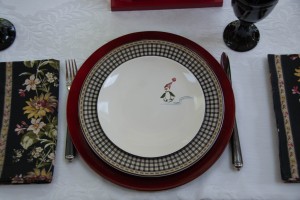 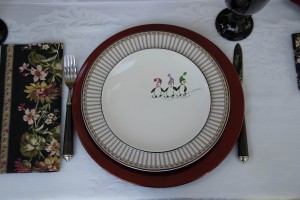 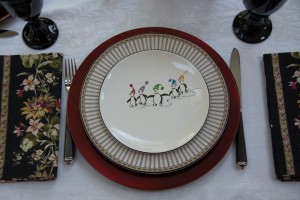 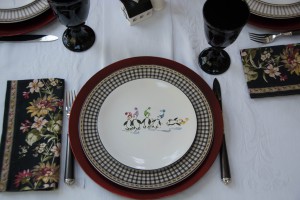 Five Penguins, One Down 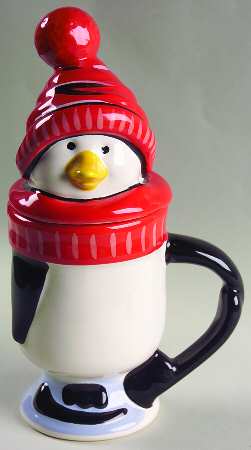 With effort, I resisted the red penguin mug with a separate lid. 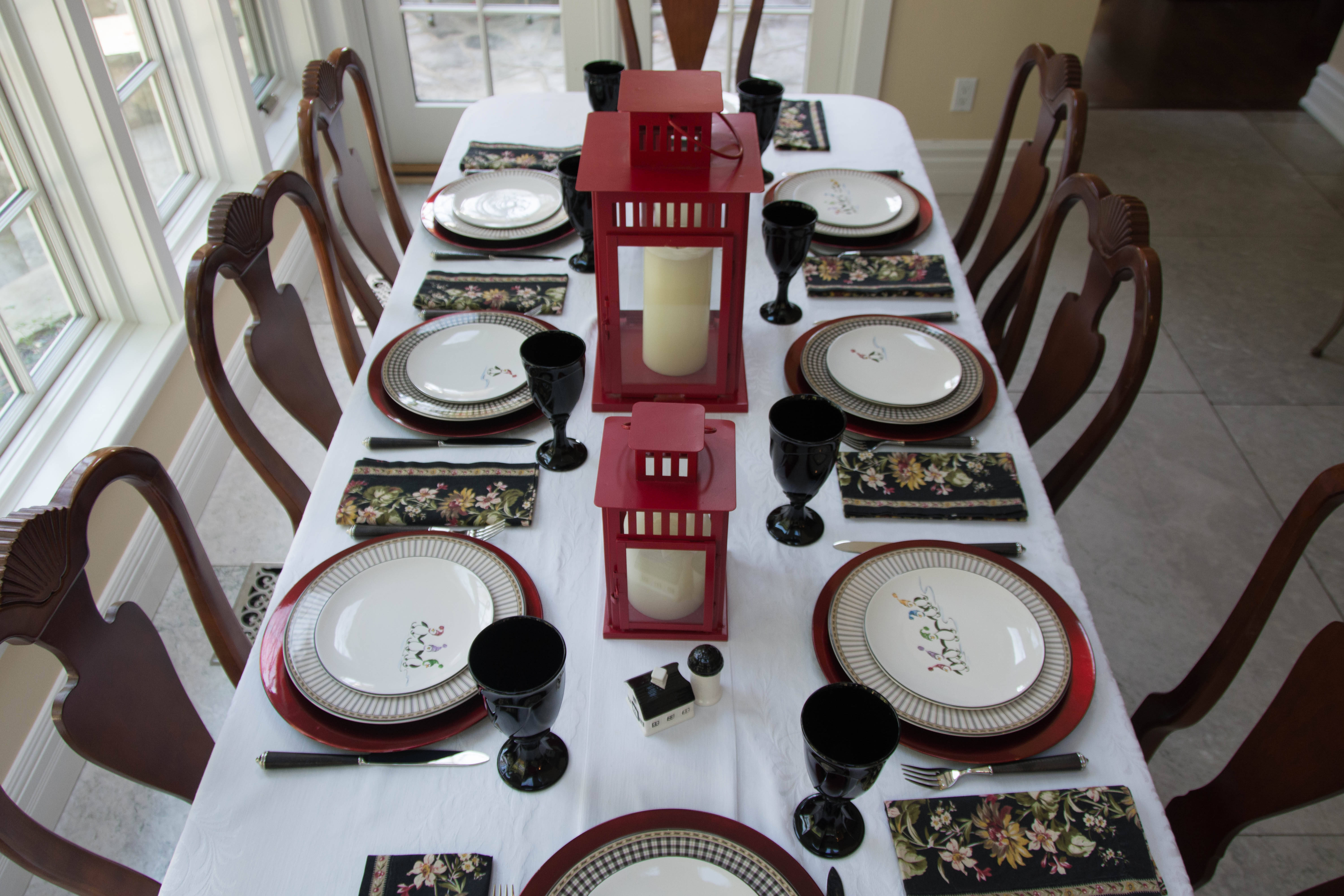 At first I considered a multi-coloured centrepiece to pick up on the different colours of each penguin’s cap, but I didn’t like the effect. Too much like a birthday party, and not enough Christmas. So I went with highlighting the red and black, and using floral napkins to pull all the colours together.

Red caterer’s chargers from Pottery Barn and lanterns from Ikea provided the reds. Black goblets in a Mikasa pattern from Replacements acquired years ago and Cupola flatware from Williams Sonoma filled in the black. 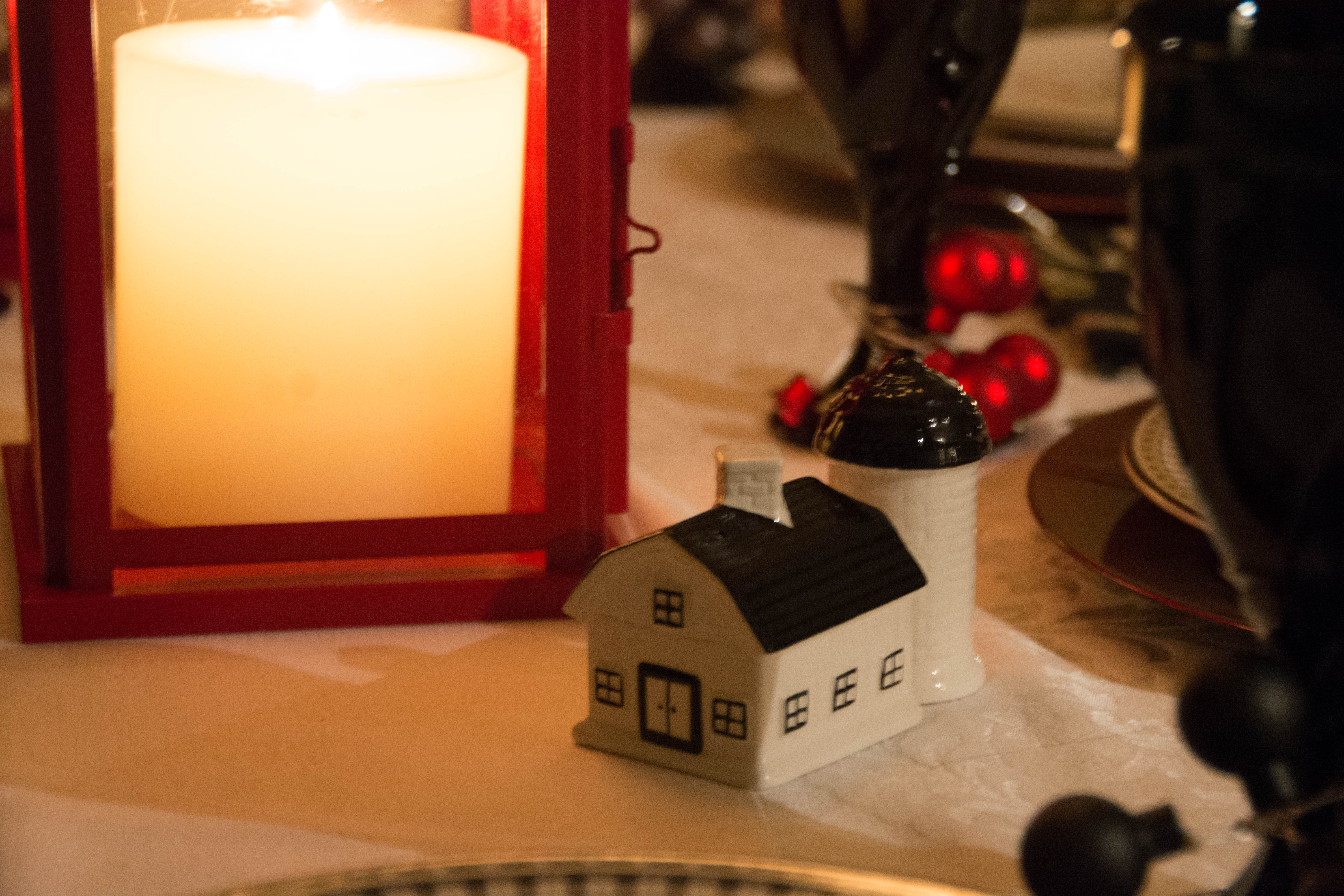 The house and silo salt and pepper shakers are from Pottery Barn several seasons ago. They actually go with  Rustic Houses, another set entirely, but they seemed to fit in here nicely. 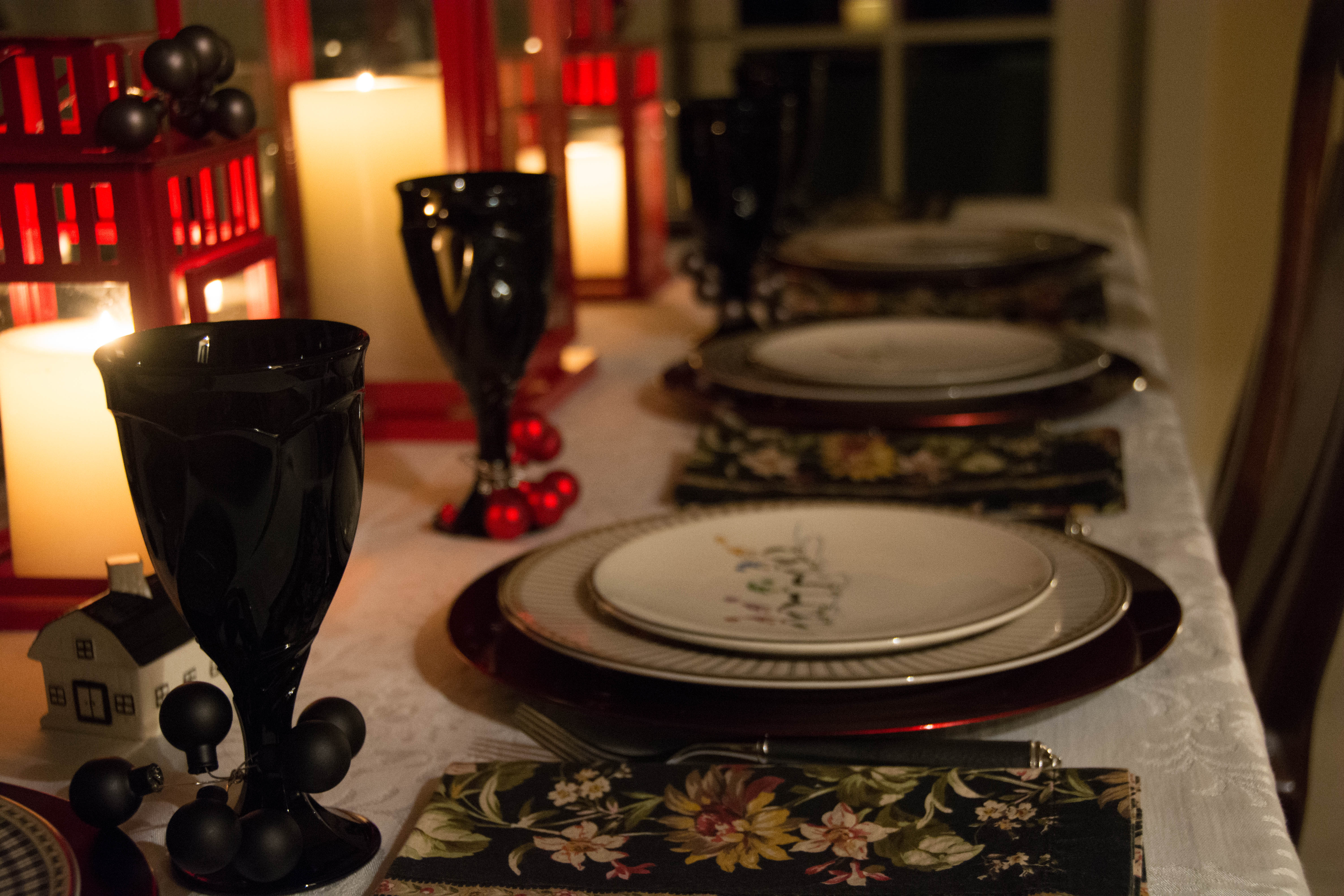 It’s the shortest day of the year. All to the good from here, I always think!