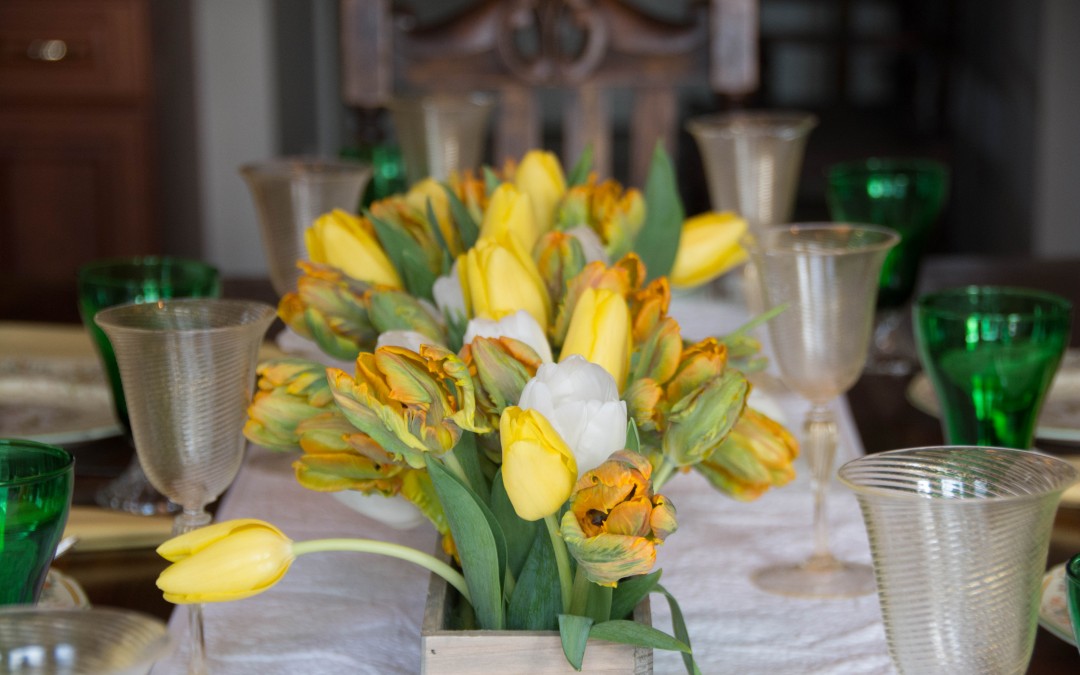 The days are definitely getting lighter. We are almost a month beyond the shortest day, and have passed the “dead of winter”, which I recently learned is the point at which there is more of winter behind us than in front of us. All that is very heartening. 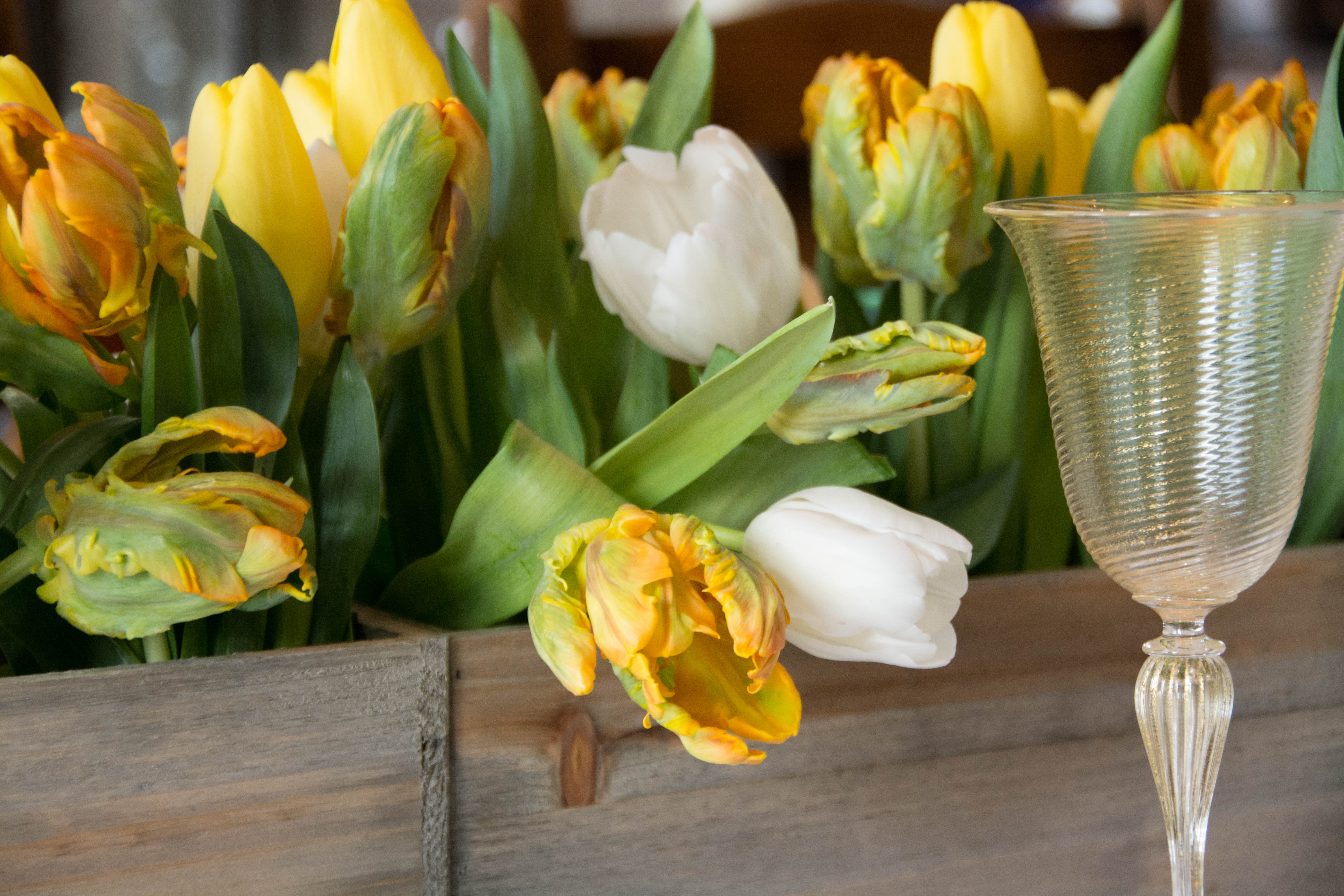 Spring flowers abound in the grocery stores. Daffodils – potted, cut, mini – hyacinths, and above all, tulips! We were lucky enough to get a couple of bunches of gold parrot tulips, so I set to work creating a table where they would shine. 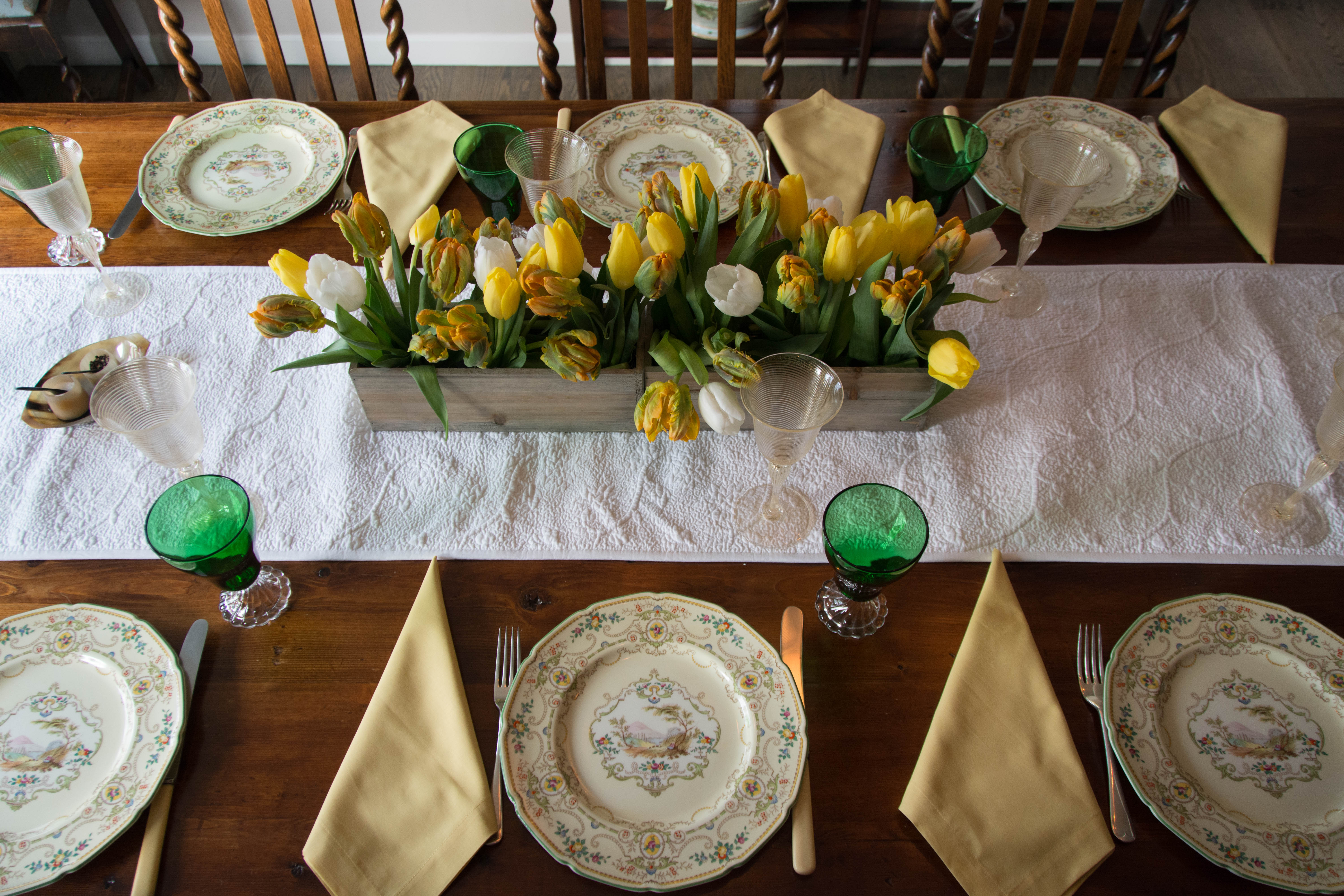 The Kendal is a Royal Doulton pattern which was produced from 1902 to 1930, and I found it whilst browsing Replacements one day. They had no stock, but I really liked the delicate pattern and soft pastel colours.. 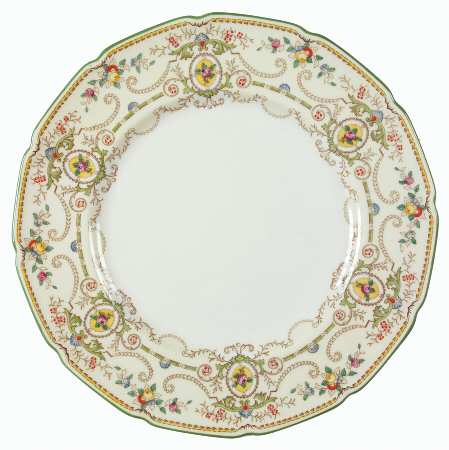 Replacement’s version shown on their website has no central decoration, as you can see above. Isn’t it a pretty pattern? 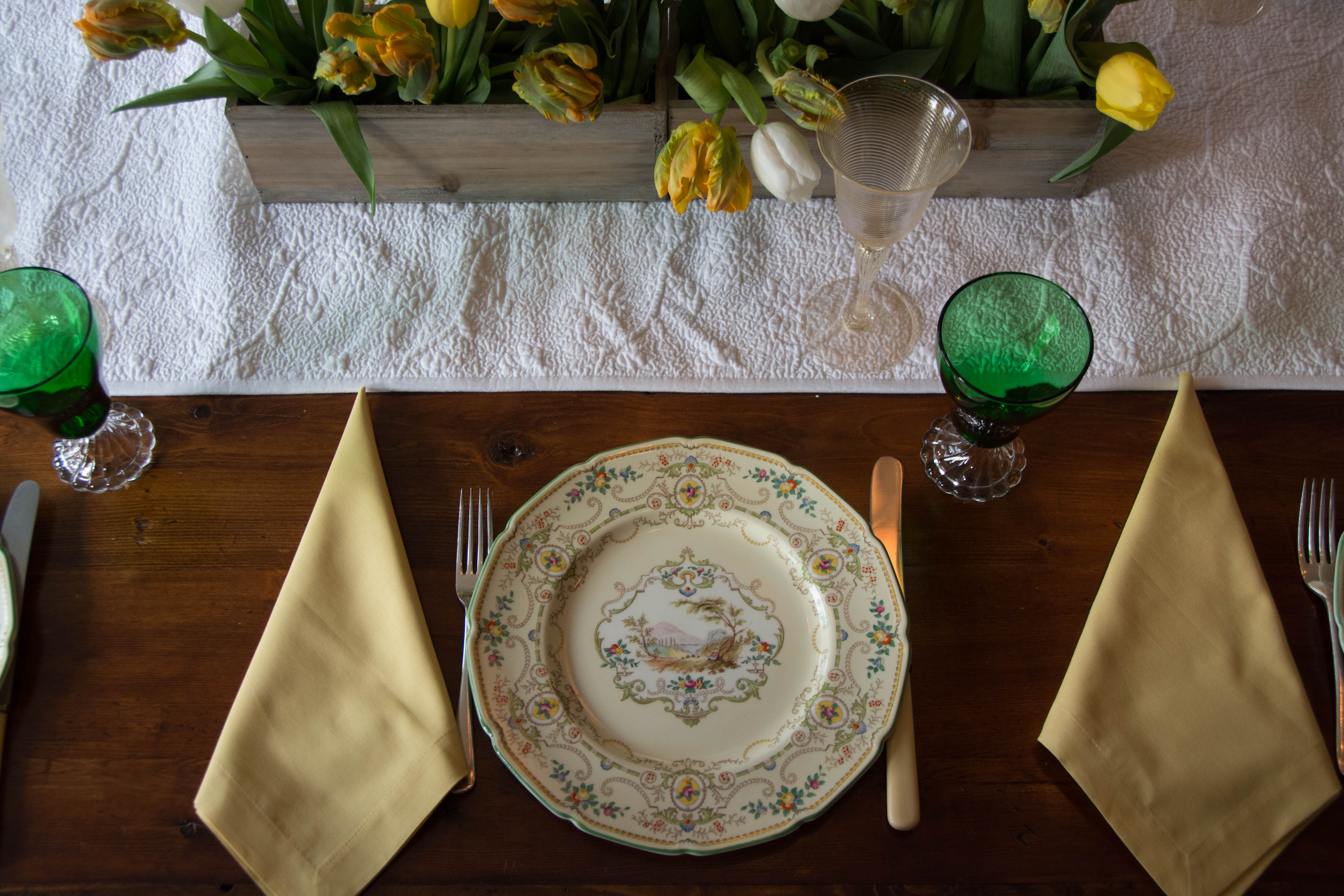 So, off on a quest to try and track some down. Good old Google turned up a set which had been available at some point through 1st Dibs. A bit more digging revealed that they came from Elise Abrams Antiques. I contacted Elise and lo and behold, she still had the plates.  They’re from 1908 and have a beautiful pastoral scene in the centre of the plate. 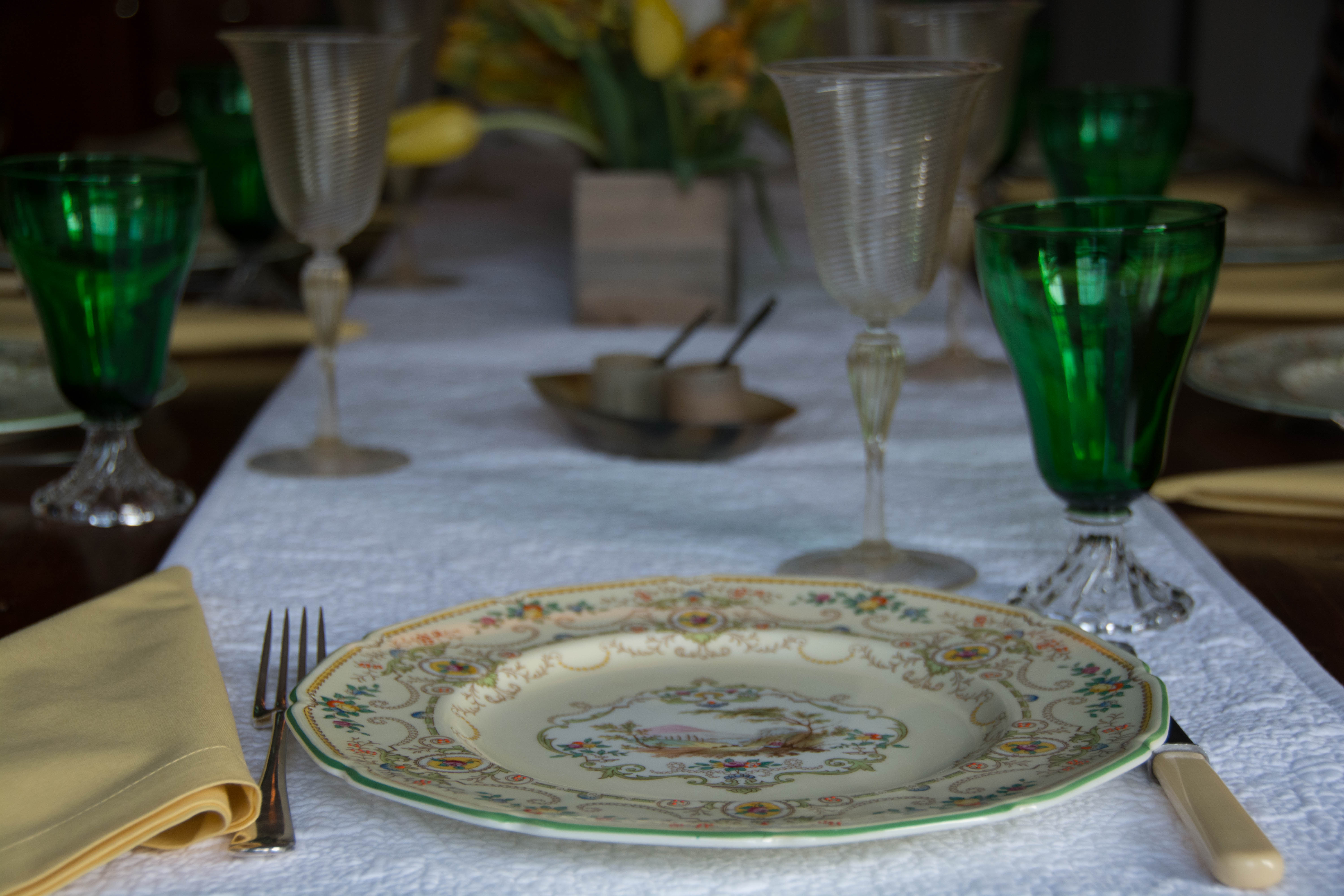 While the pattern includes several shades of green, the rim of the plate features a deep, clear green, so I chose that to highlight that shade with the glasses. 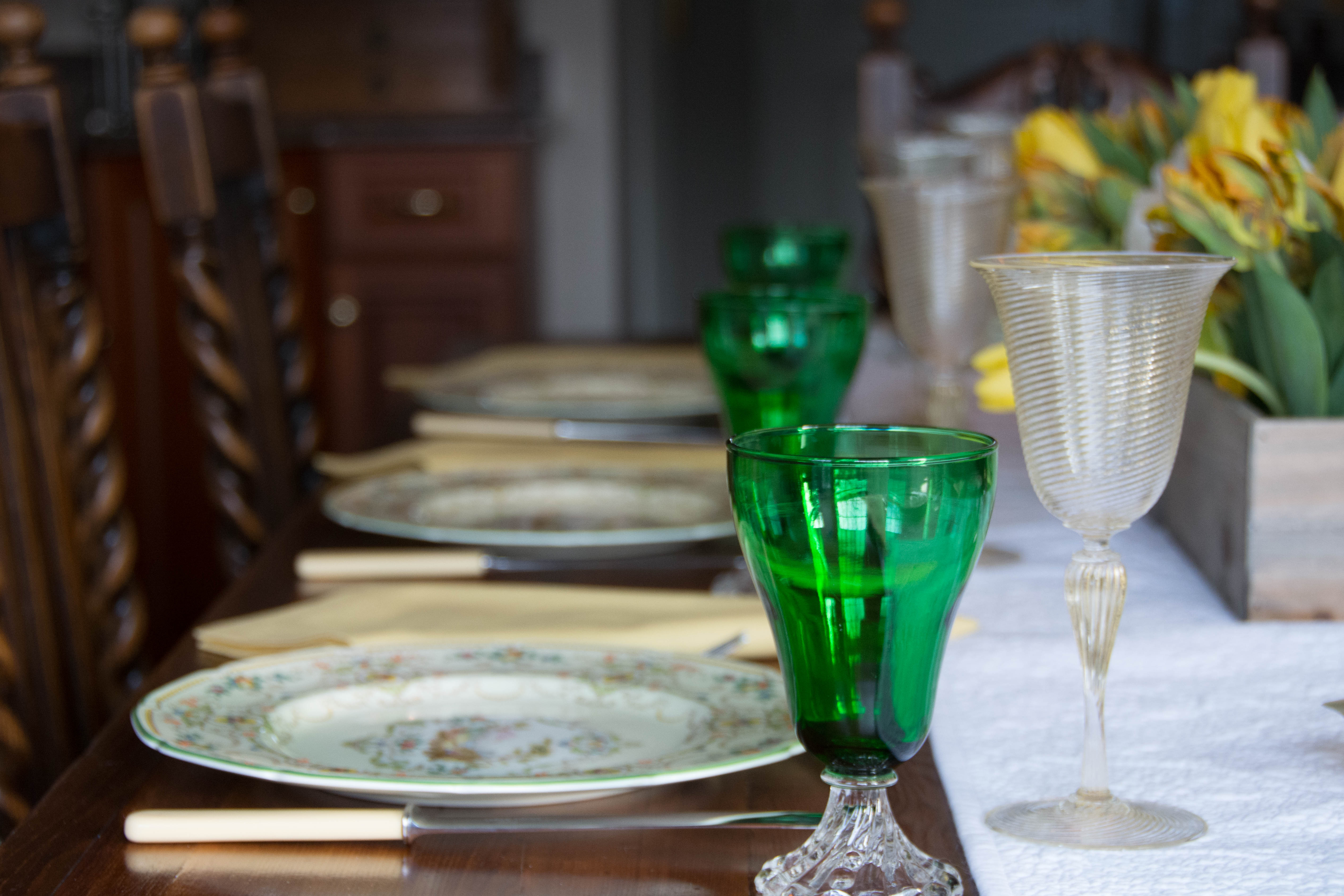 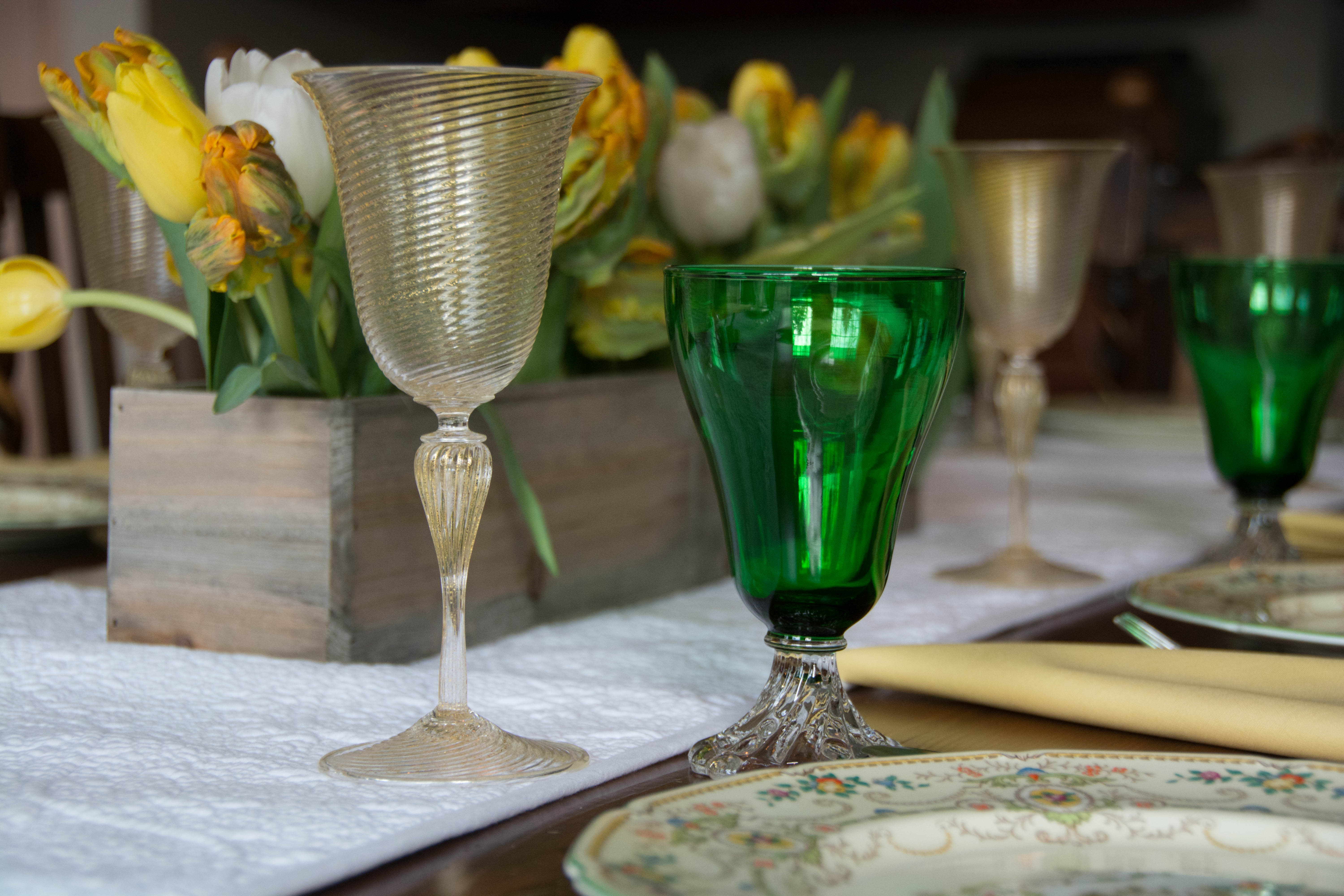 They’re Colonial Dame by Fostoria in Emerald and an e-Bay find. Produced from 1948 to 1964, I’d call them “vintage”.  Don’t you love the name – Colonial Dame? What a hoot. I paired them with my “swirl” Venetian goblets. 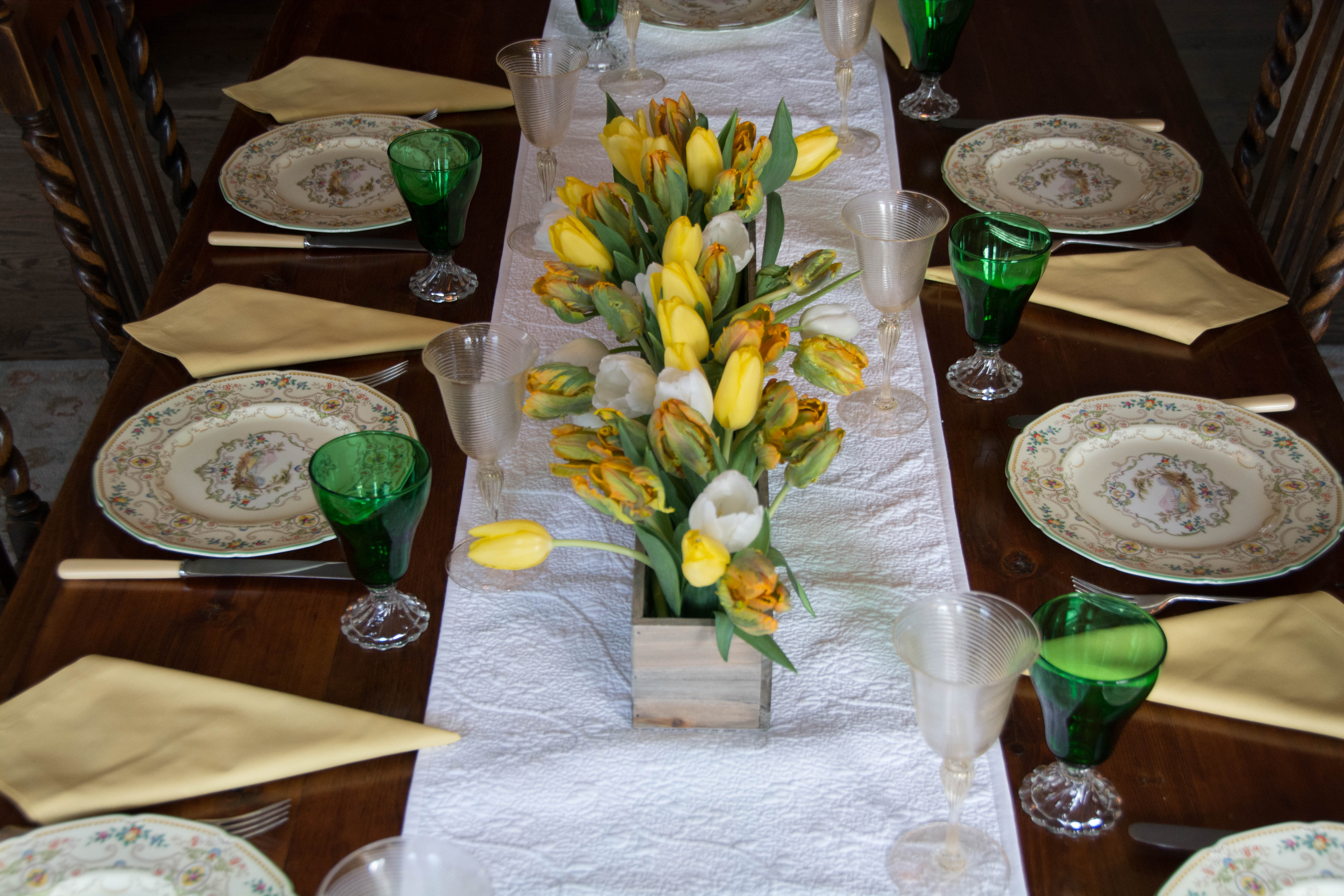 I kept the rest of the table fairly plain. The runner is a quilted Vine Floral boutis from Williams Sonoma. I have it in a few colours. They’re terrific quality, and wash really well. Some quilted runners buckle and crumple after washing (drives me nuts), but not these. They’re often on sale at the change of seasons, so keep an eye out. The napkins are part of the same collection, but in the Jojoba colour. 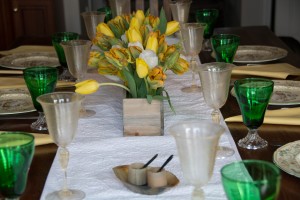 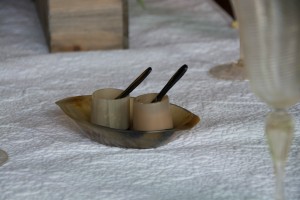 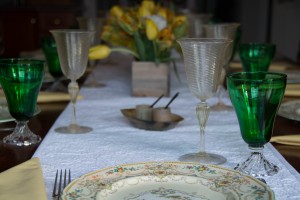 The open salt & pepper are horn, from Ballard Designs – a great resource for unusual table accessories. 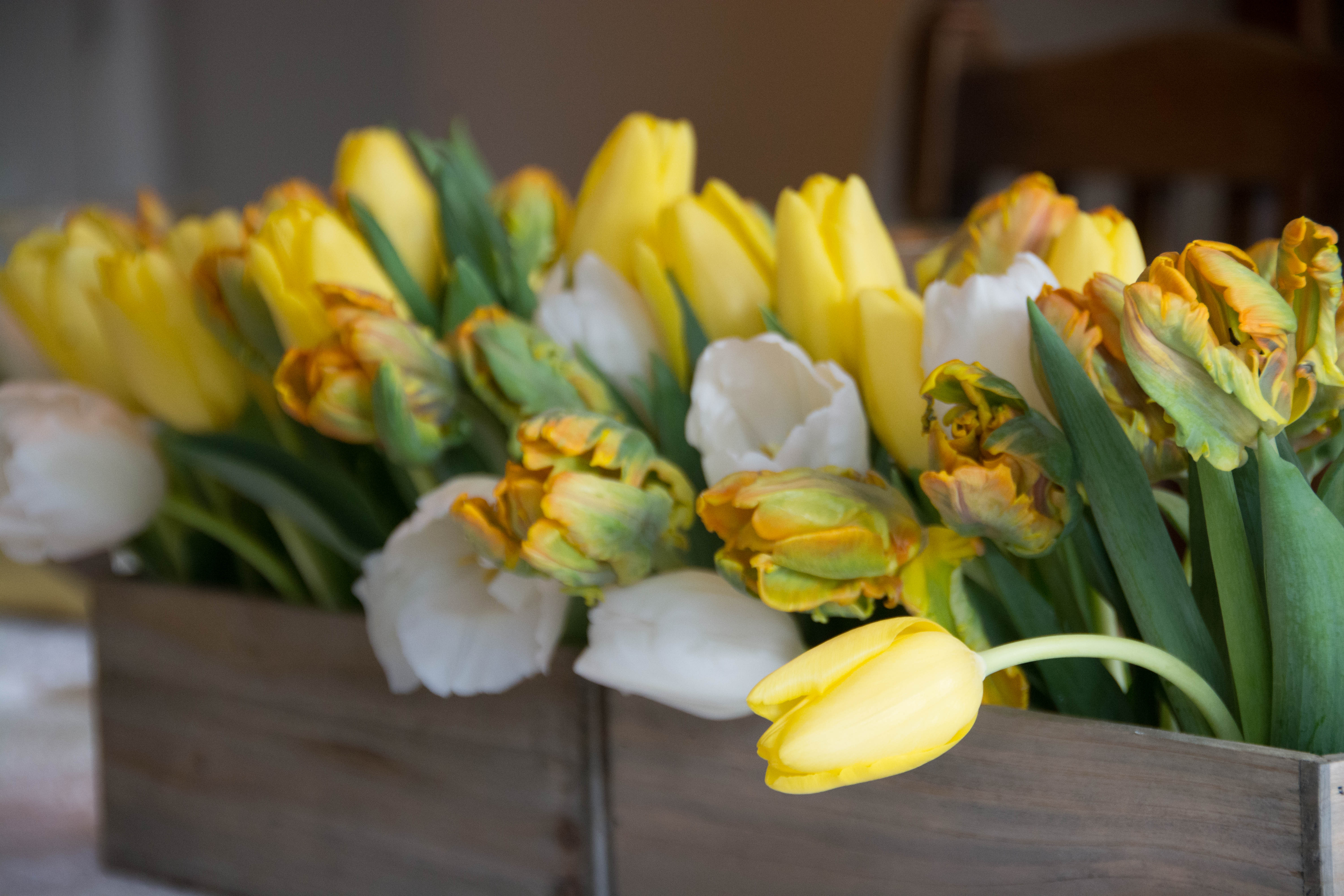 I will finish where this all started, with the tulips. Enjoy your week, everyone!