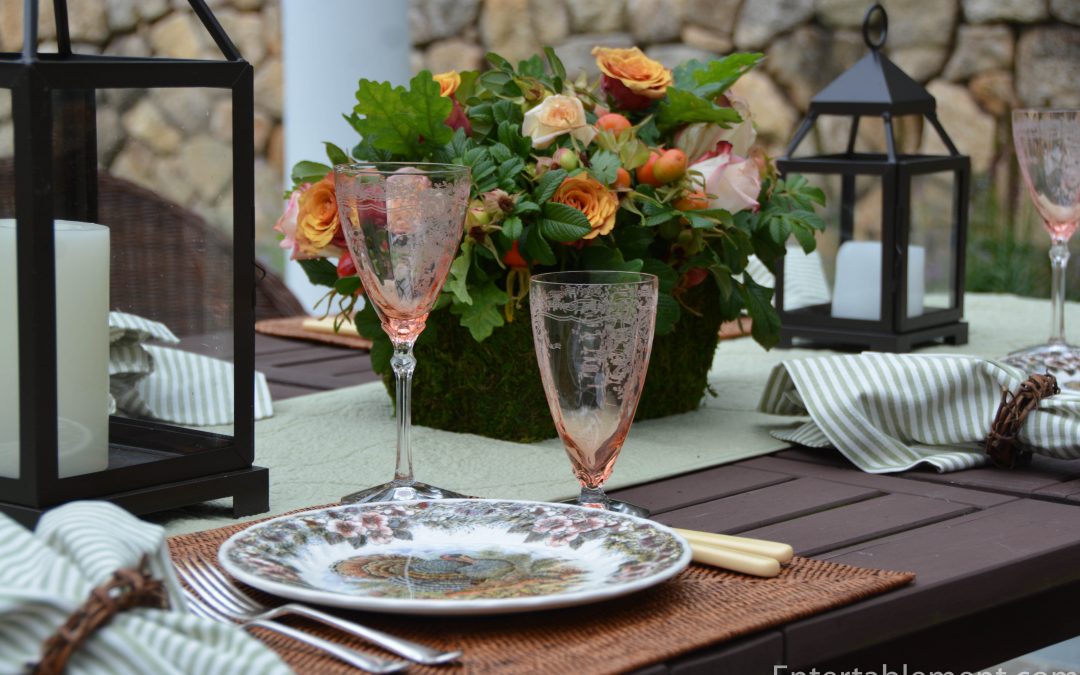 It’s getting to be turkey time! At least in Canada, where we celebrate Thanksgiving on the second Monday of October. 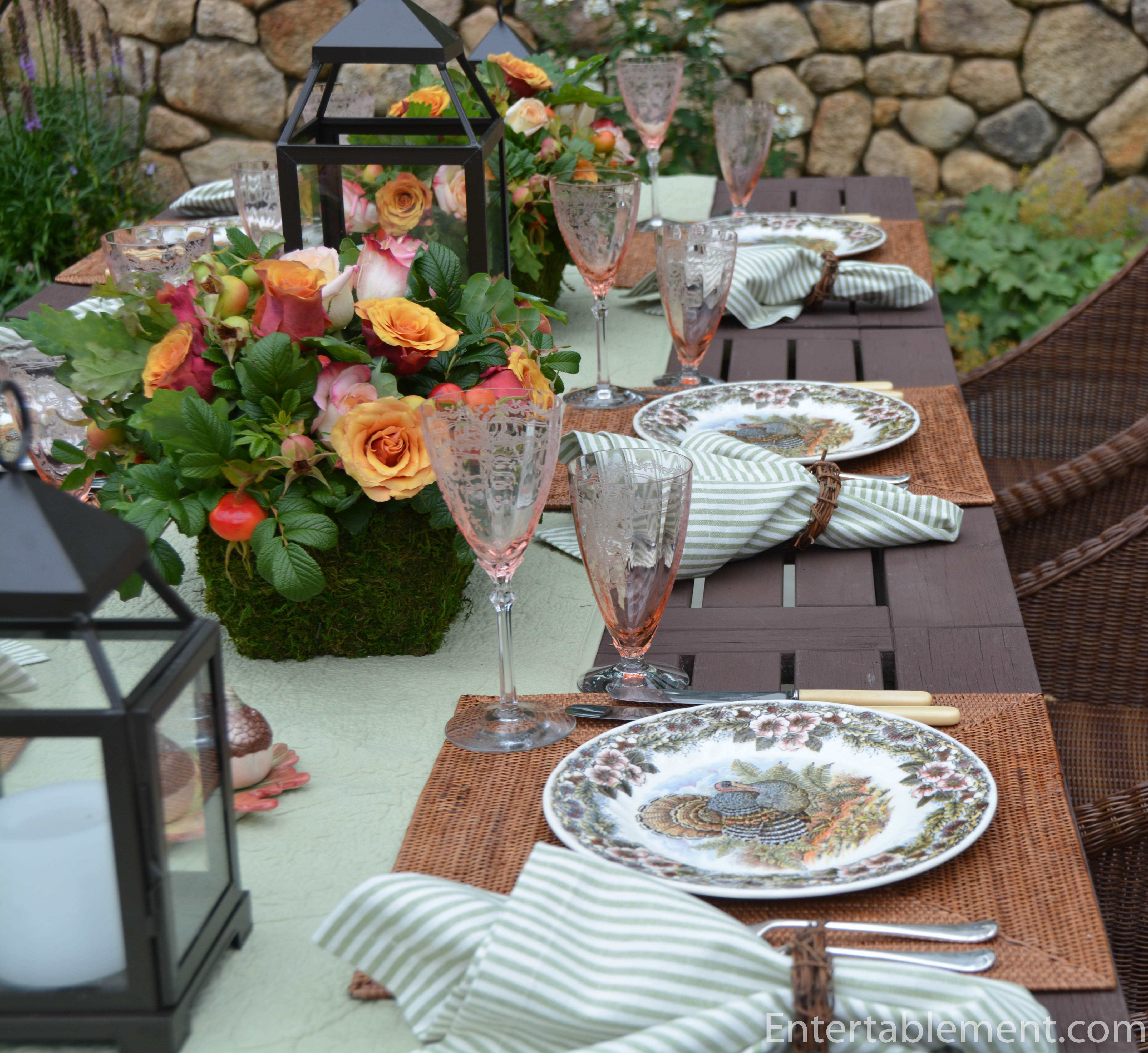 In anticipation of said event, I went on a turkey plate shopping expedition on eBay over the summer. The family is growing and little people abound. 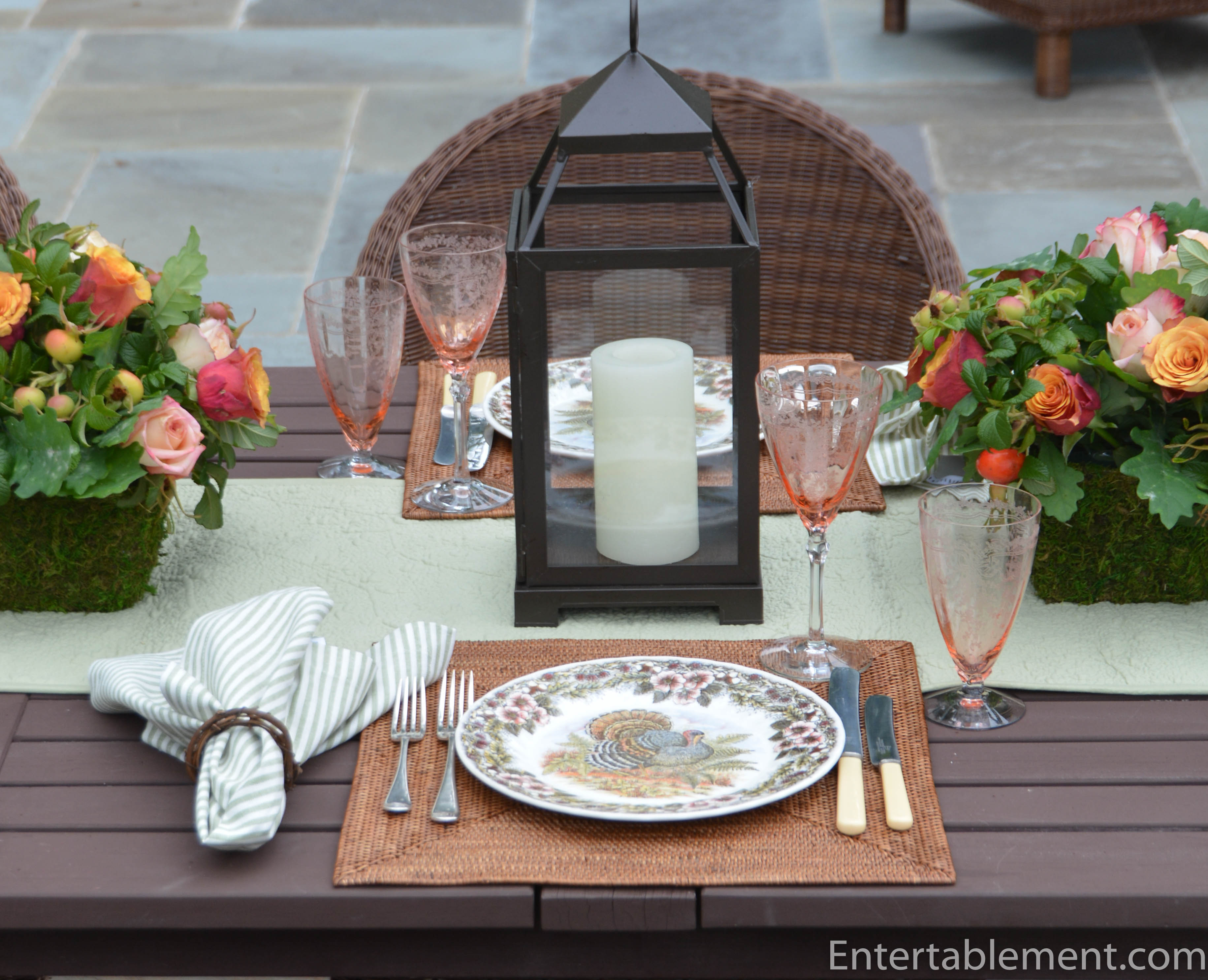 All the little girls are very well behaved AND they’re all under six… No matter how careful everyone tries to be, accidents are bound to happen, so I went a hunting for something durable, inexpensive, easily replaceable, dishwasher safe and fun. 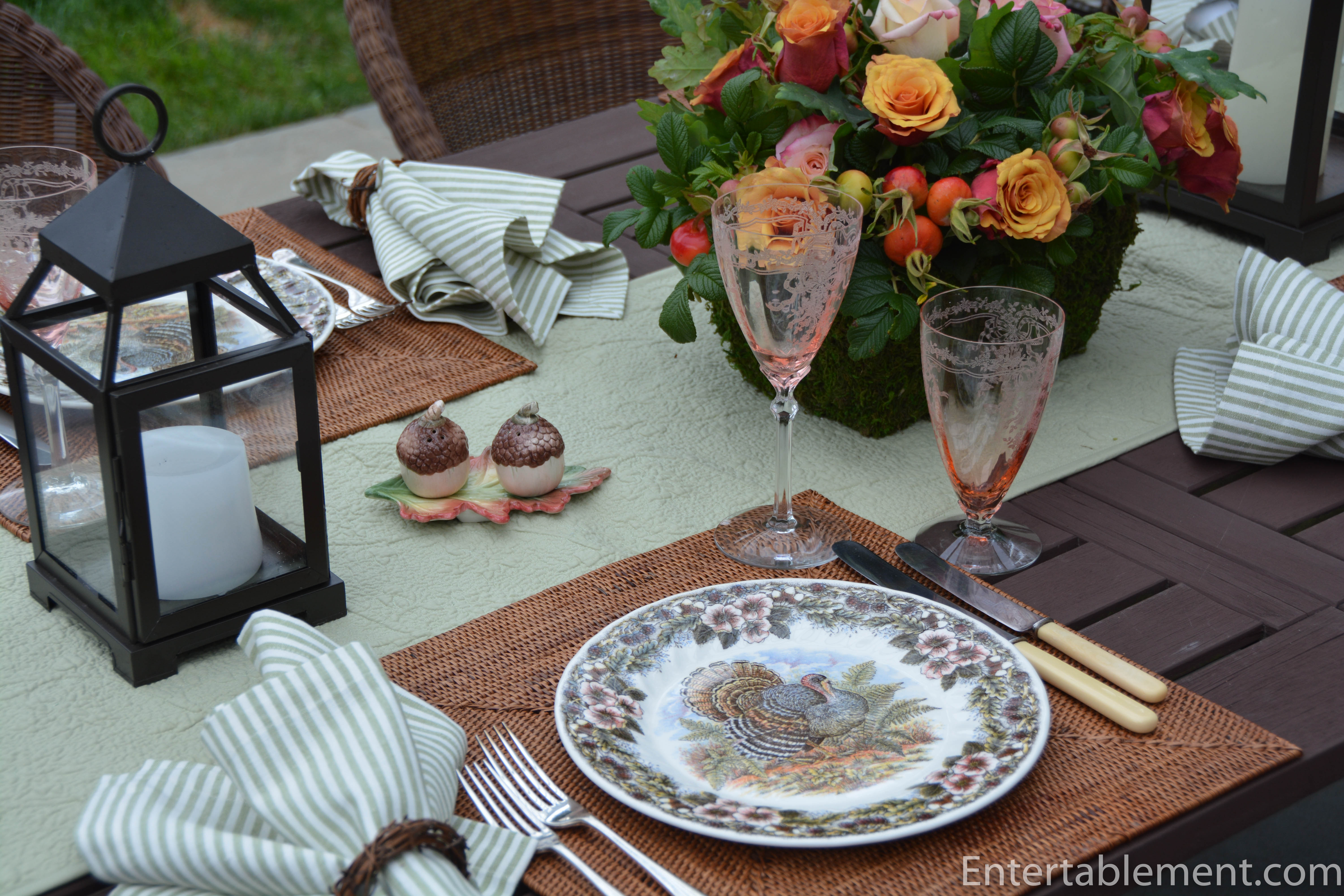 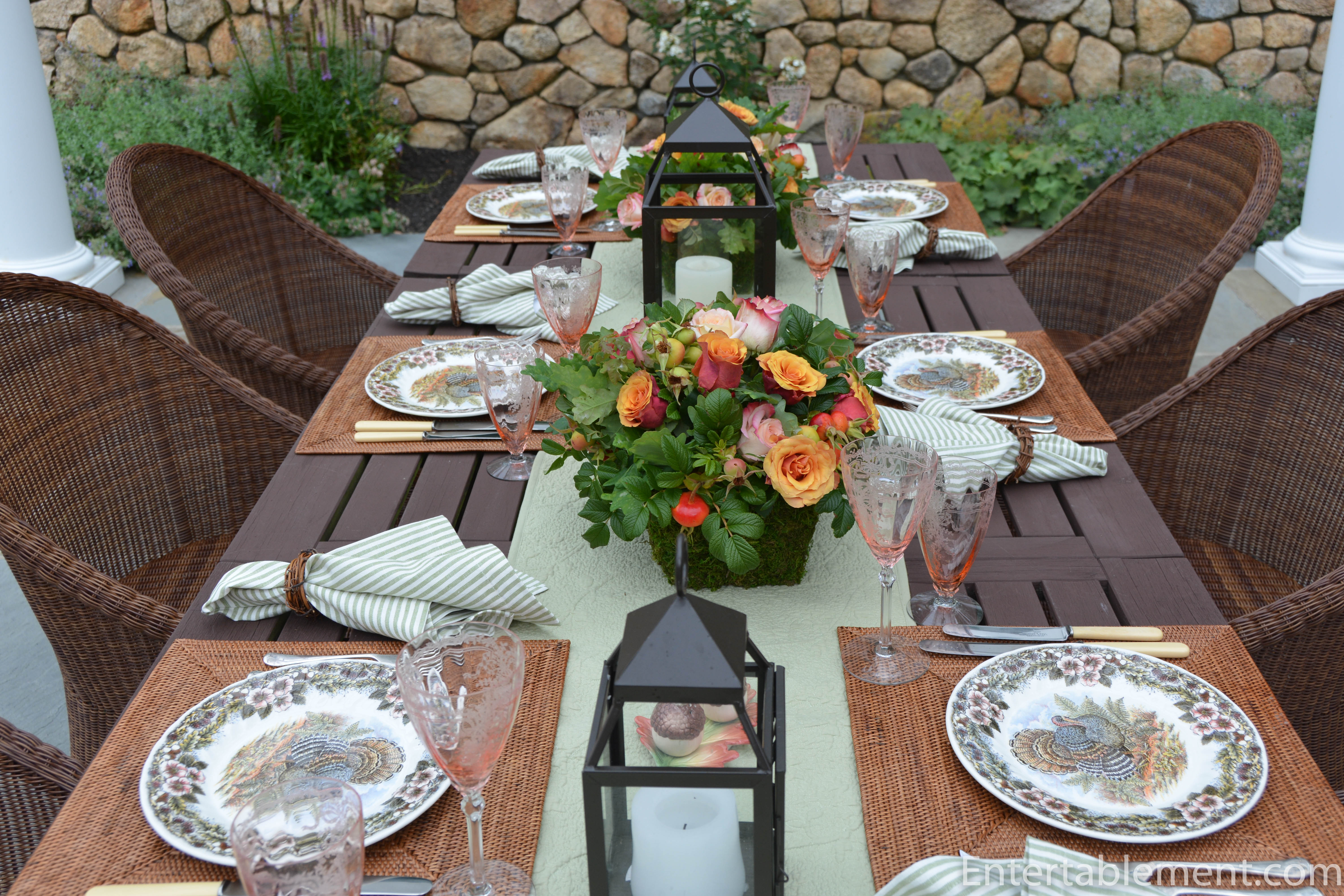 Knowing that I would have very little time to shoot the actual table we would dine from on actual Thanksgiving, I styled the plates down in the Cape one late summer day. 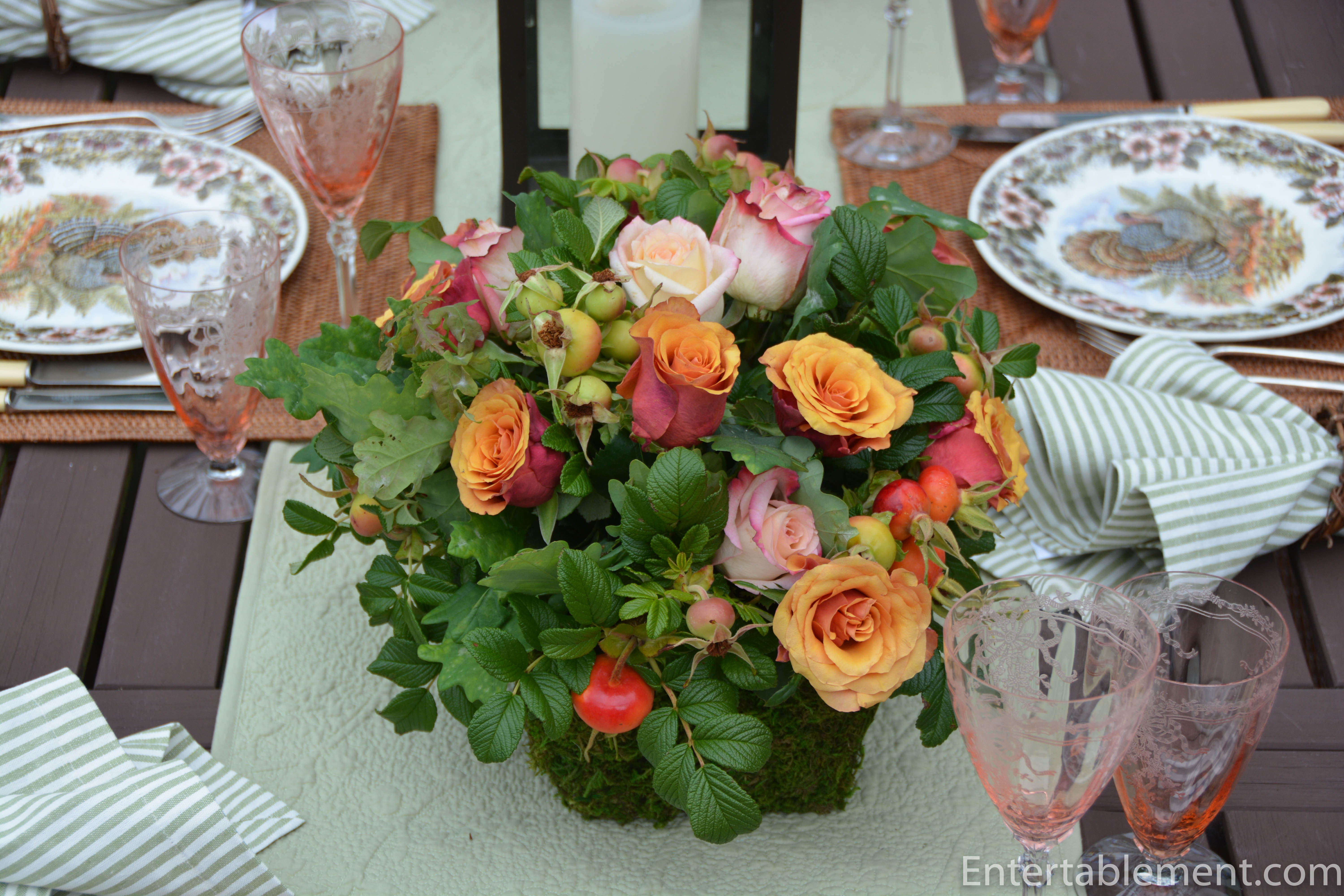 I had a lot of fun putting together the centrepieces with oak leaves, beach plums (which are really just giant rose hips) and a bunch of roses from Trader Joe’s.  The containers are moss covered planters from Save On Crafts. 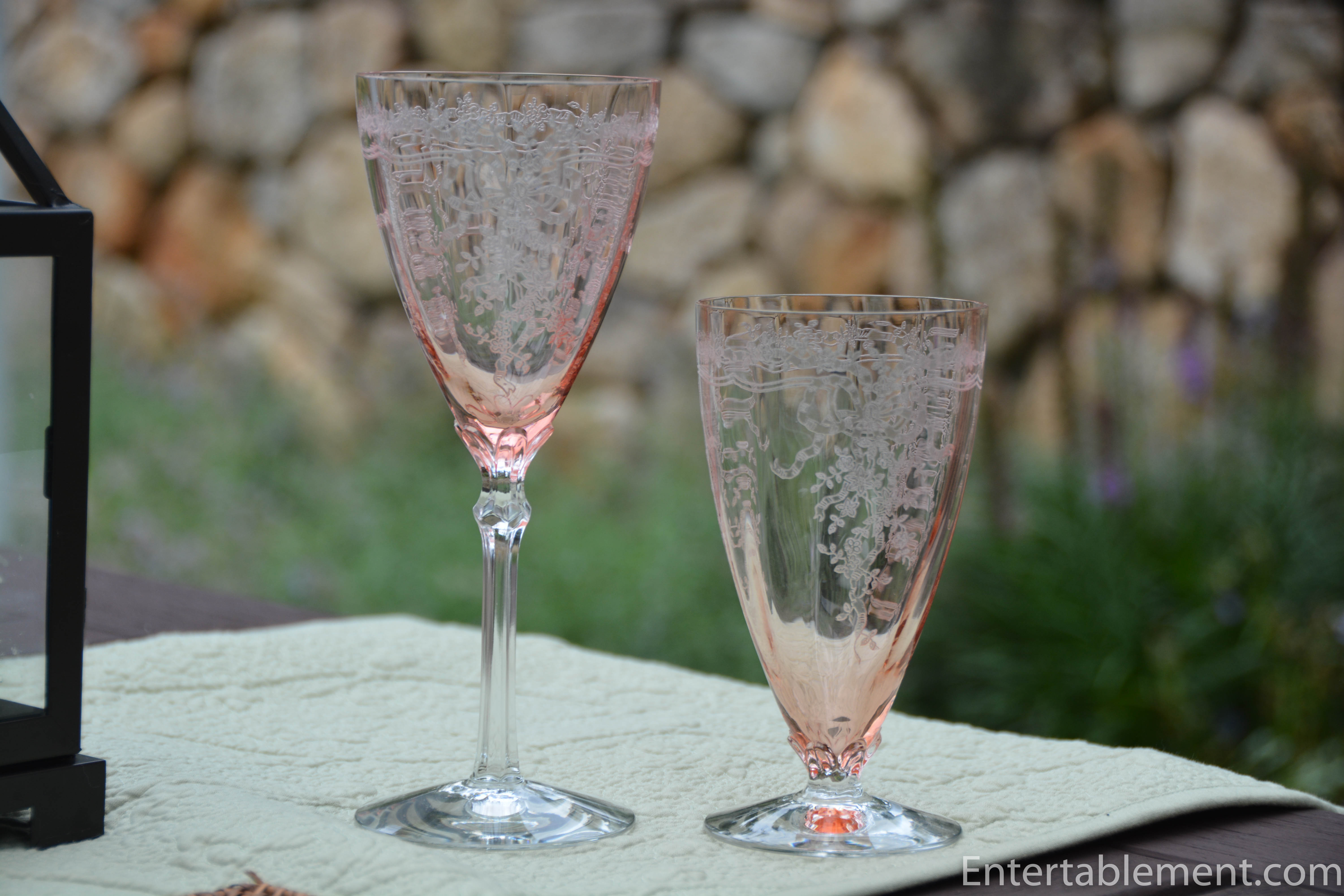 I used my June Pink glasses by Fostoria, and at home I’ll likely use my Venetian “Basket Glasses” with a similar set up. 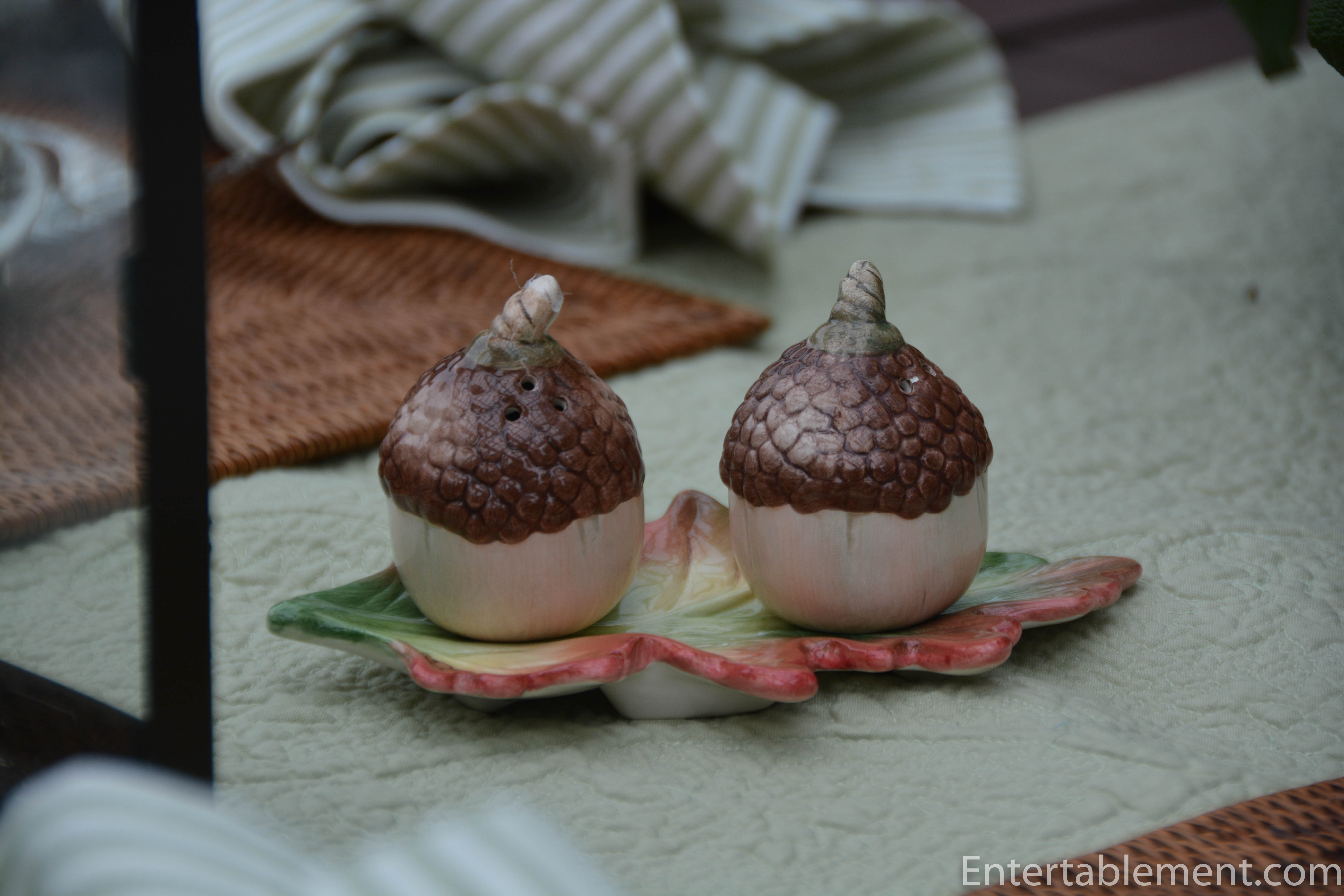 The acorn salt & pepper is by Kaldun & Bogle and I got in on eBay. They have lots of fall themed salt and pepper sets right now – it’s hard to choose a favourite! 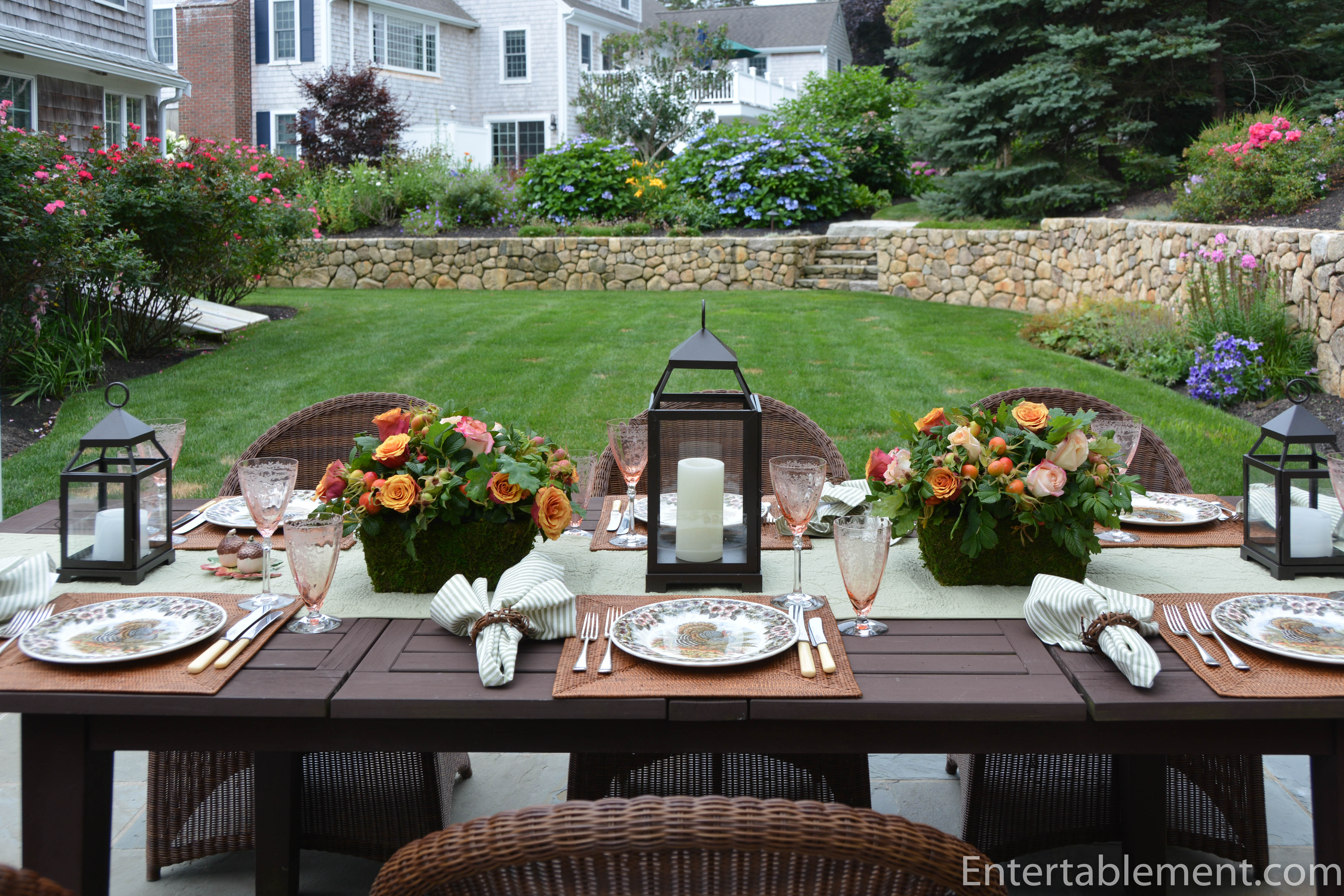 It was a very satisfying table to set, anticipating how the plates would be used at Thanksgiving. 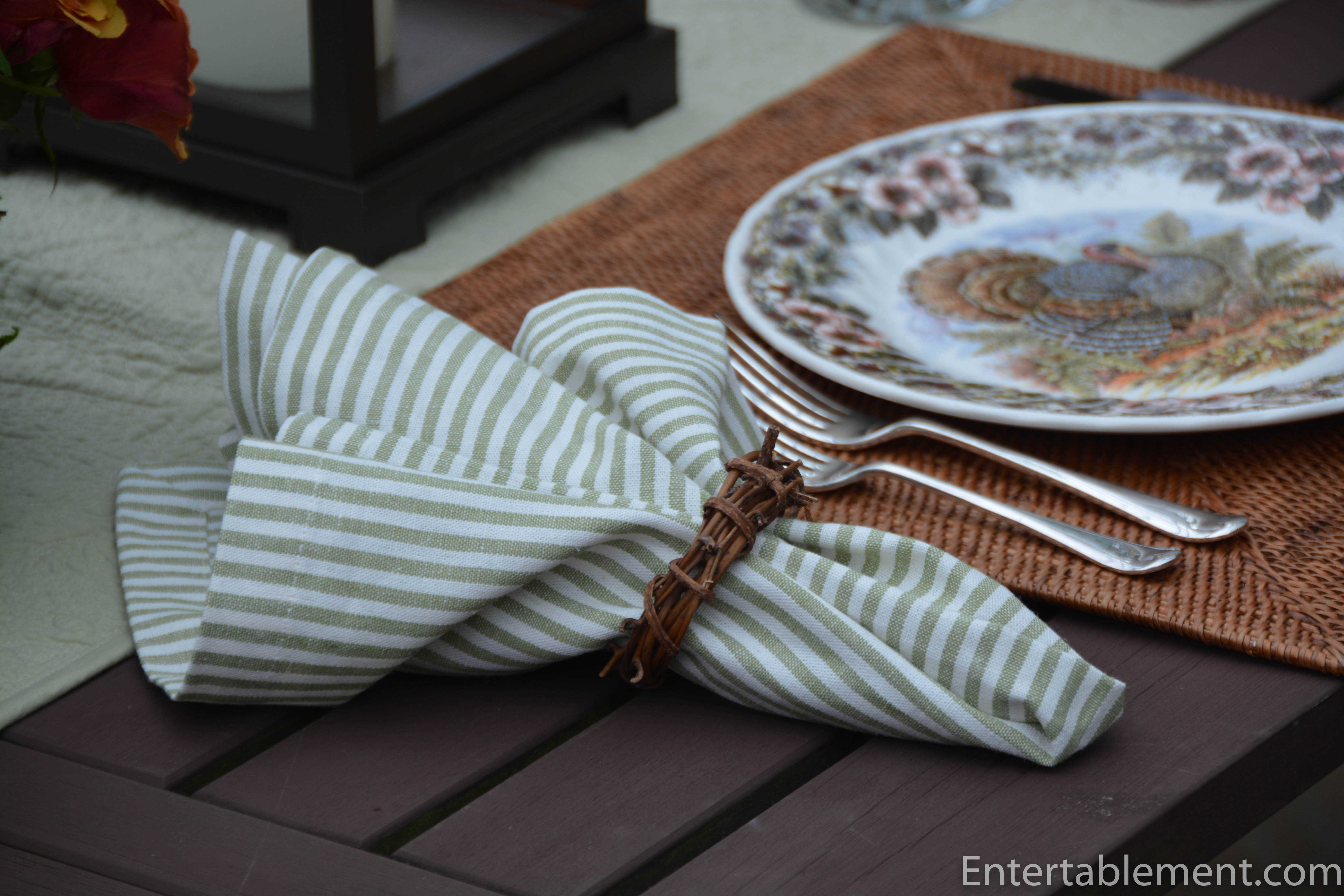 The Wheaton Stripe napkins are from Pottery Barn this year, and the grapevine napkin rings are from Amazon. 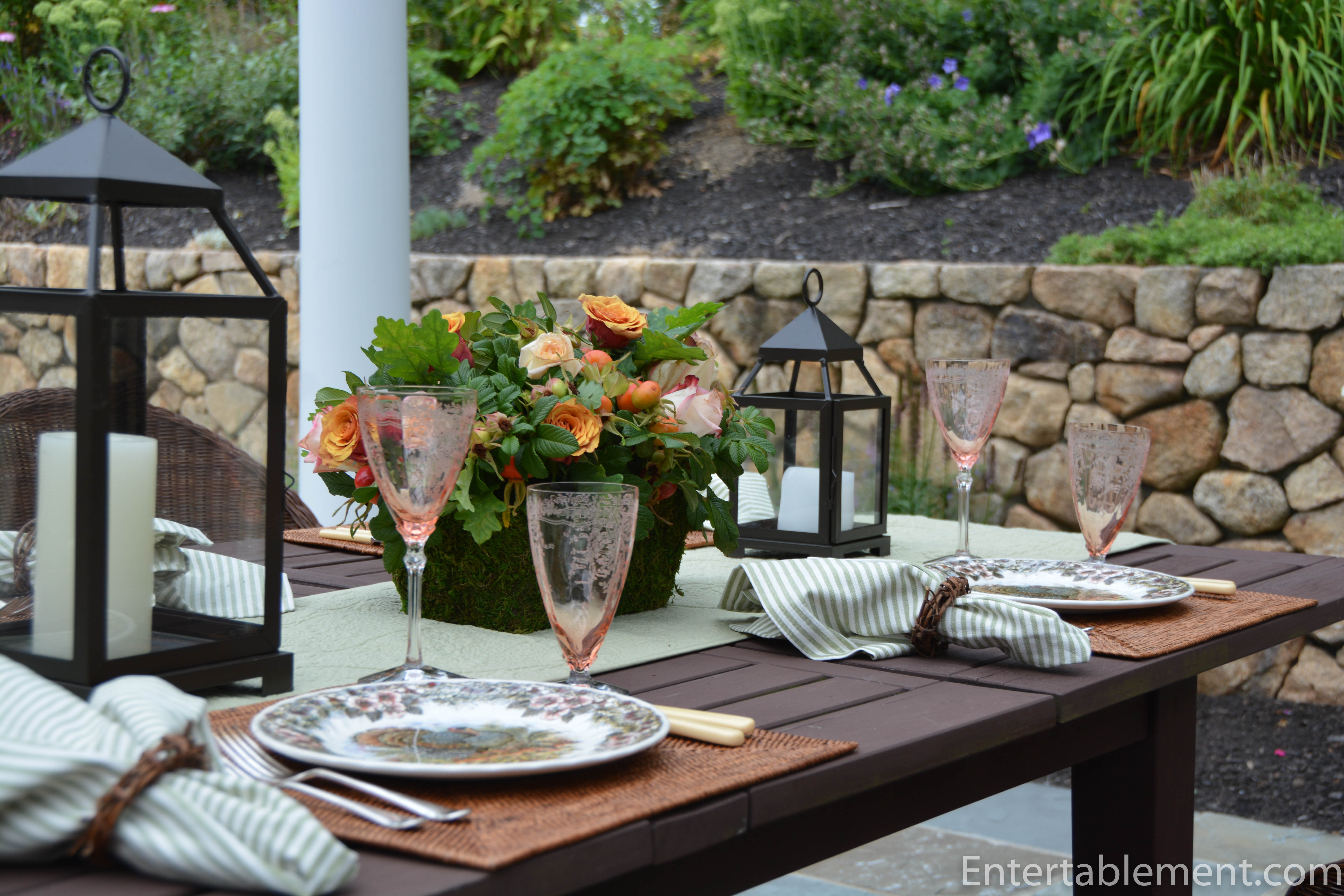 The runner is the Vine Boutis Quilted runner from Williams Sonoma in a colour I call celery and they call Sage Green.  The Malta Lanterns are from Pottery Barn. 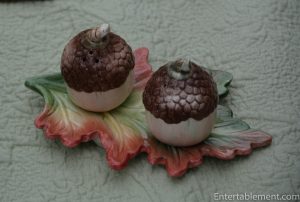 Close up of salt & pepper 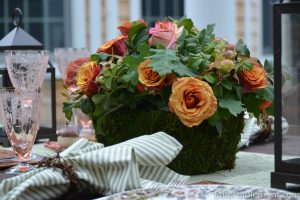 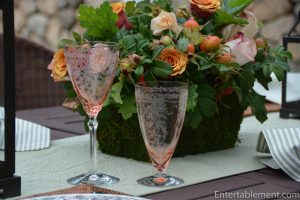 The roses tones of the glasses echoed the flowers 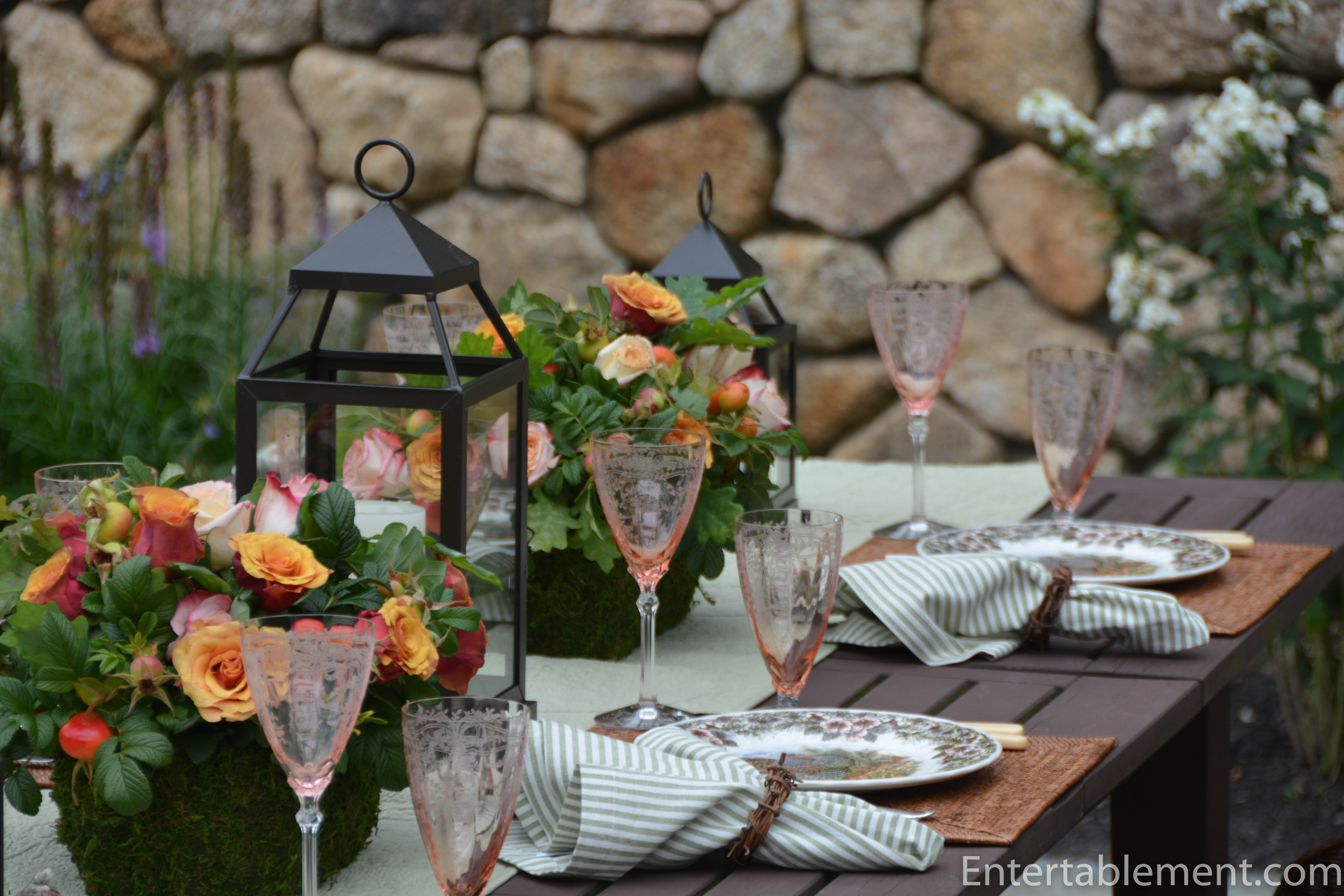