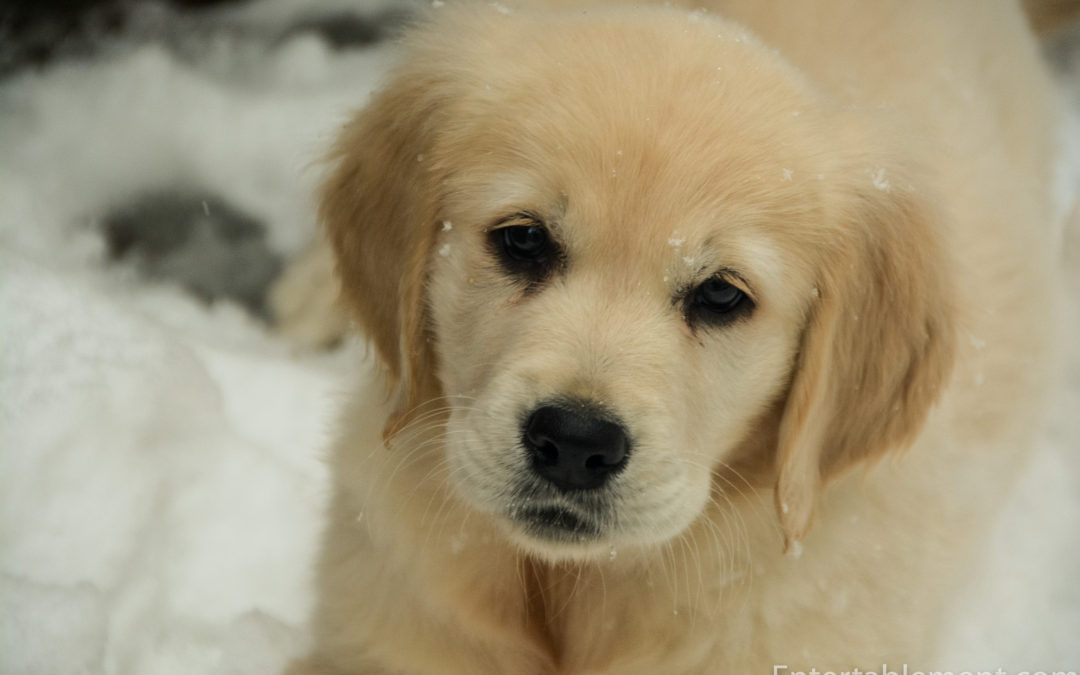 Yup, its official. We are nuts. 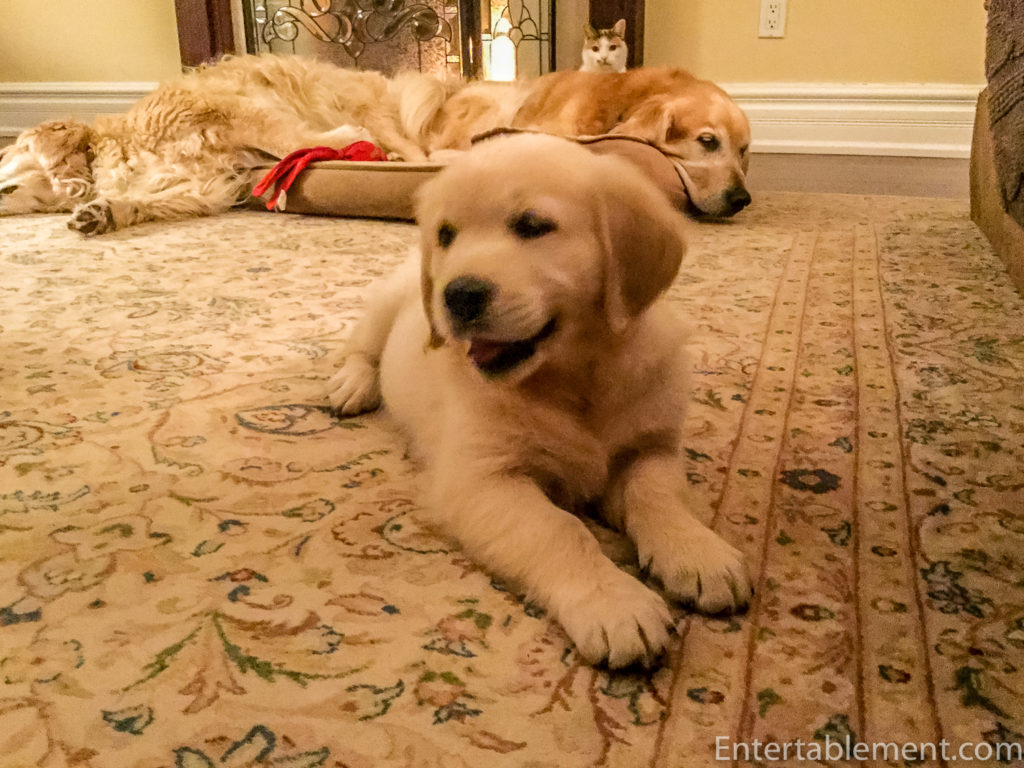 Burton and Taylor, our 12-year old Golden Retrievers, agree. Haven’t we had enough to endure with that diabolical kitten you introduced only a few scant weeks ago? That terrorist we took to our bosoms, despite deep reservations? This is the thanks we get?

We decided over the summer that it was time to start “succession planning” for the dogs. Burton and Taylor are getting up there for Goldens. While they’re still in great health, time passes very quickly. Taylor is extremely nurturing and we wanted her influence on a new puppy. 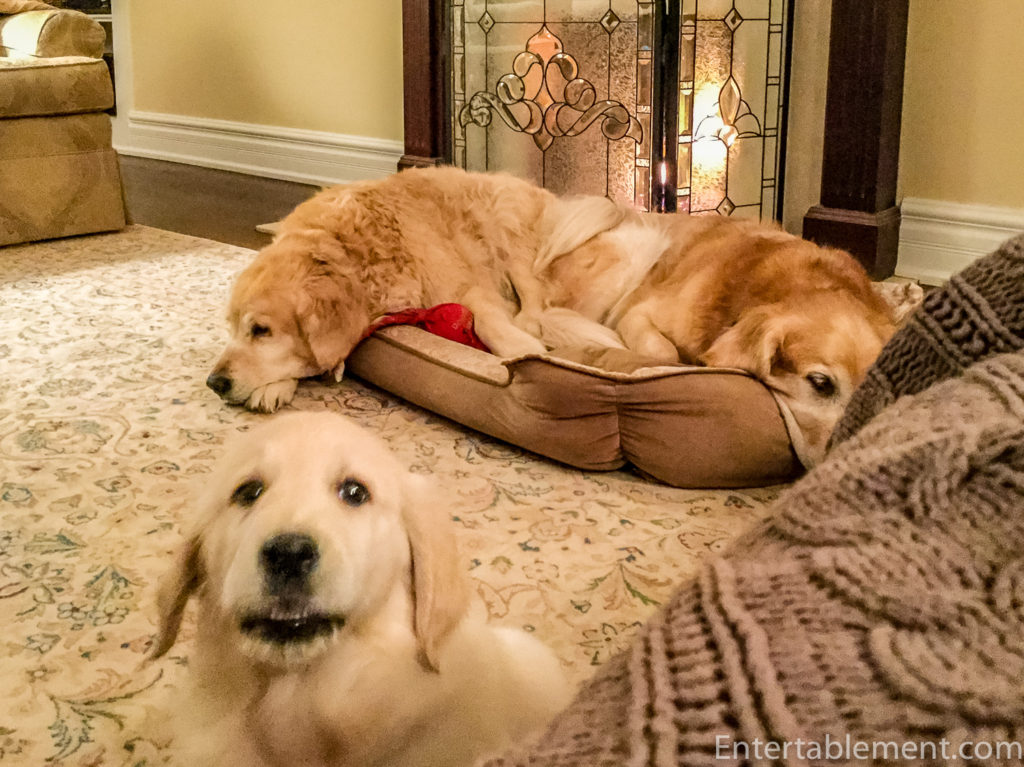 So we notified the breeder from whom we got Churchill, our six-year-old Golden, that we were in the market for a female and in due course, found ourselves having to make a decision among three little rascals, two from one litter and one from another. The sole puppy was quite a bit bigger and calmer than the pair. 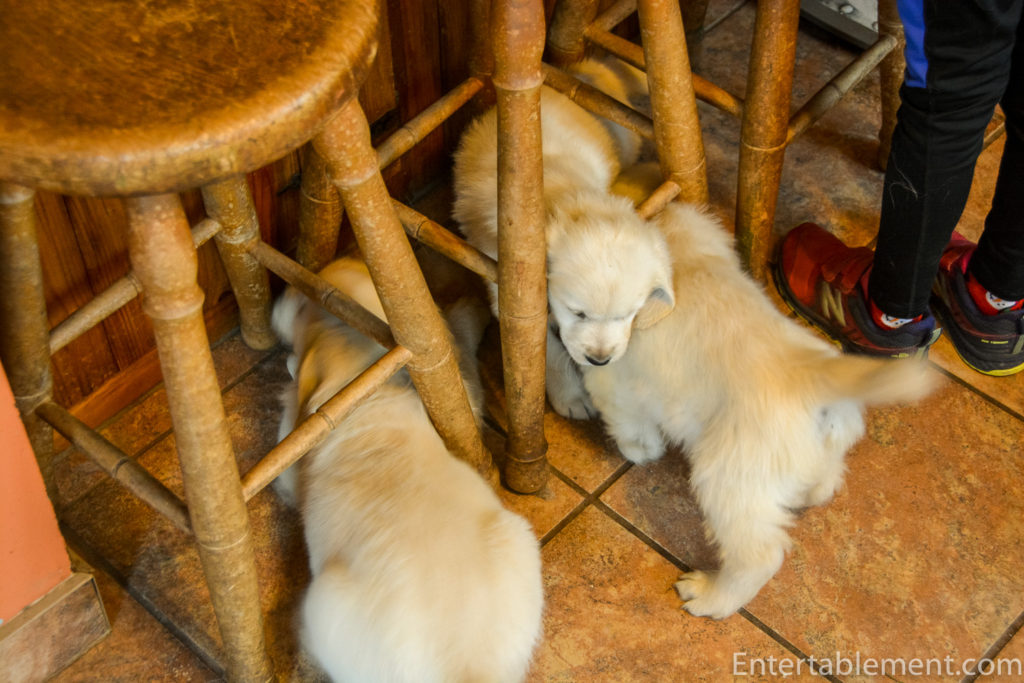 This is not our first rodeo; we went for the Calm Pork Chop. 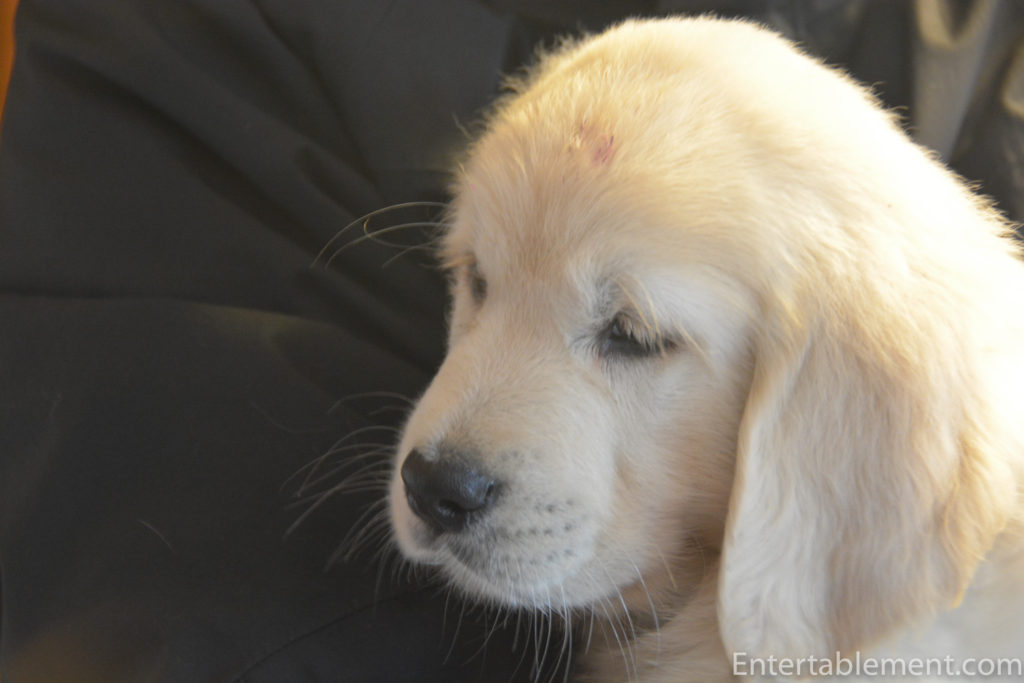 Home we went with Clementine. A bath was the first order of business. 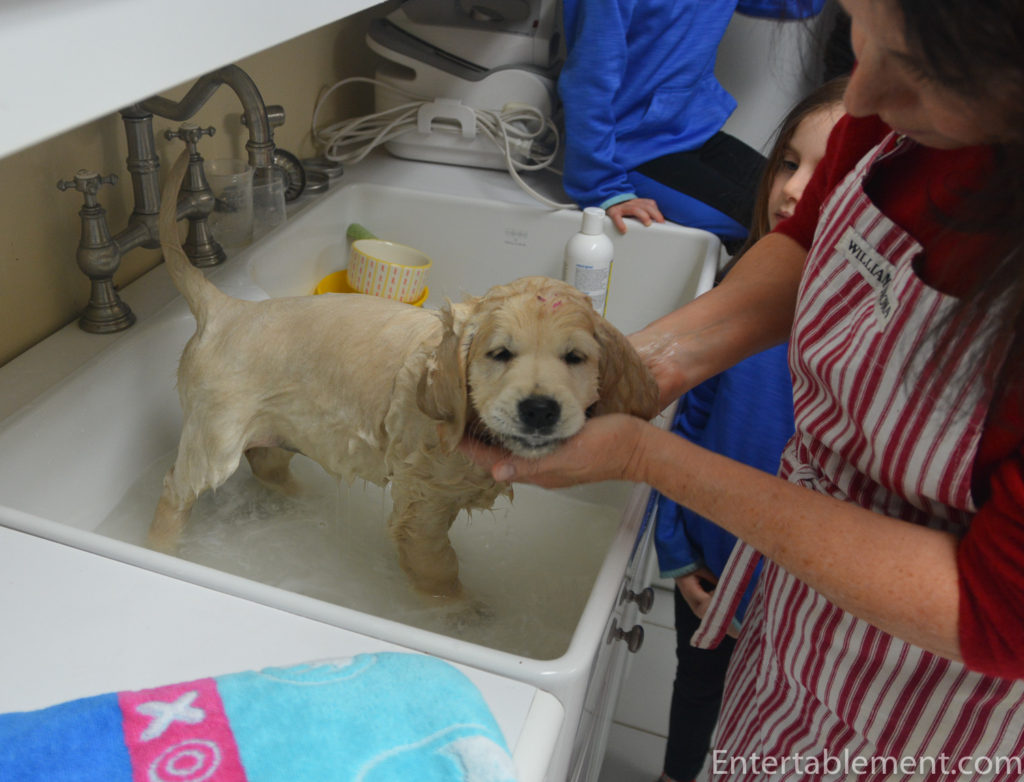 That wasn’t so bad, was it? 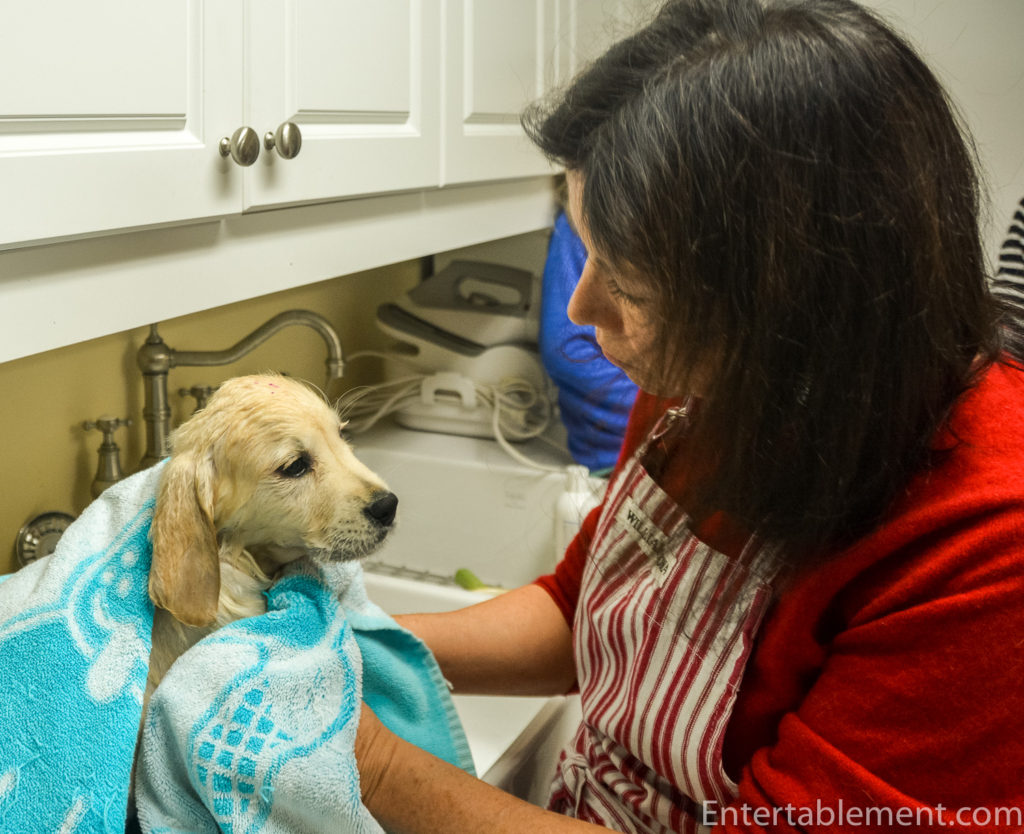 We gently scraped off the nail polish on her head, the breeder’s method for distinguishing litters. 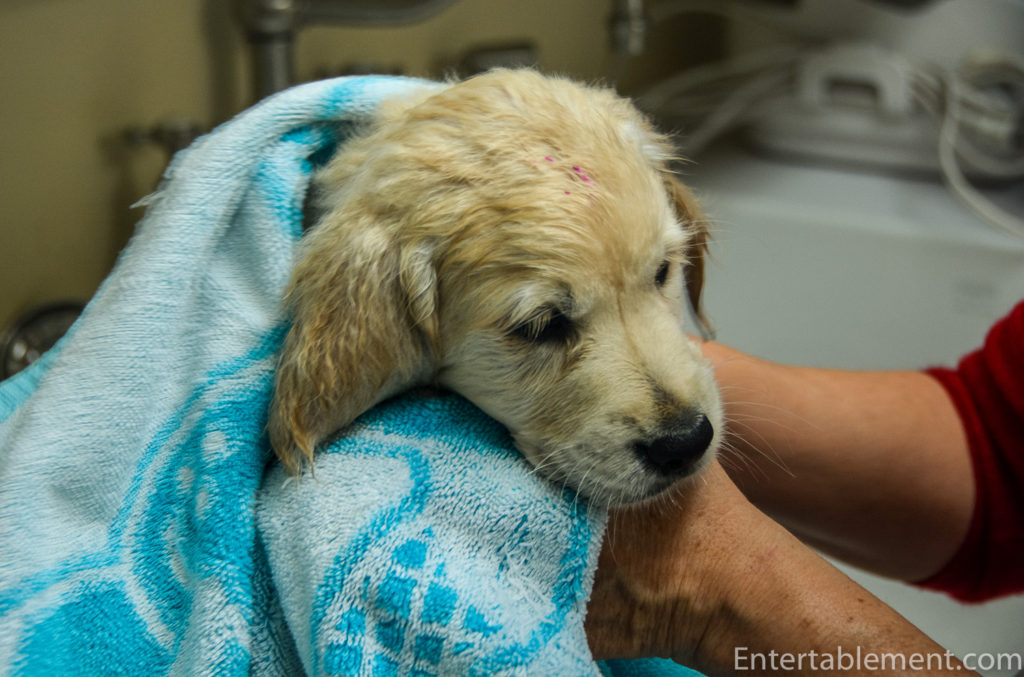 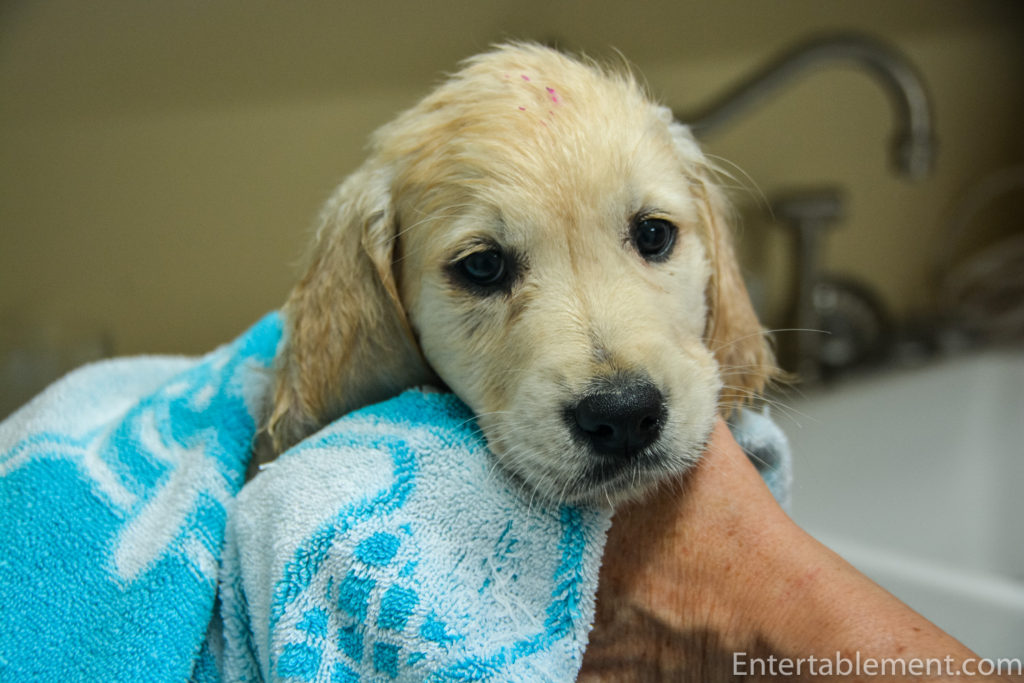 That was exhausting! Recovery time is in order. 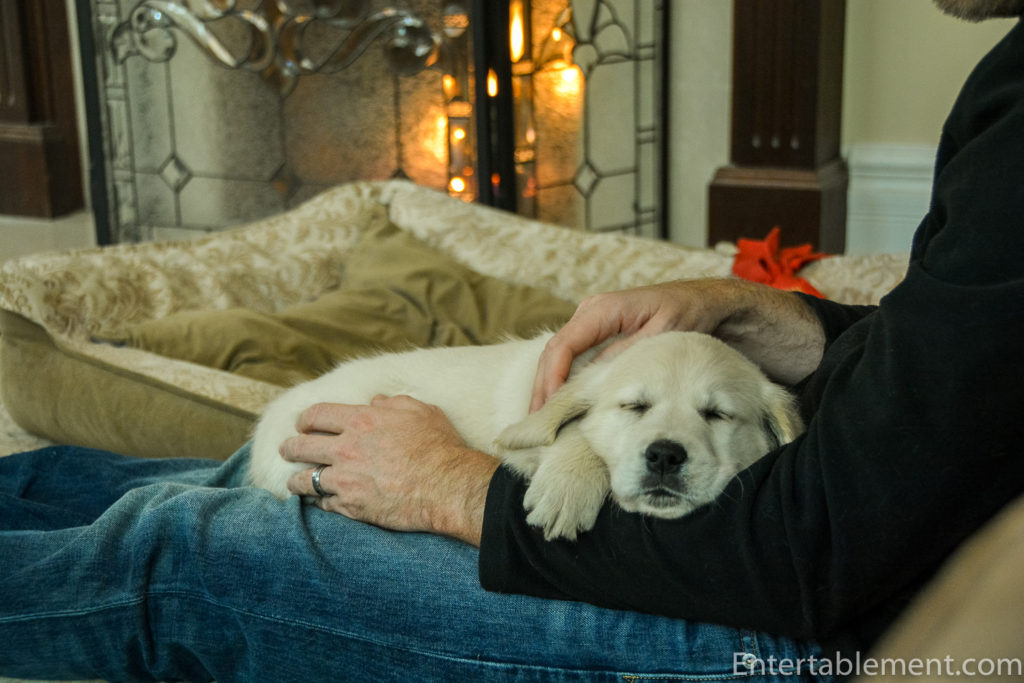 Then it was time to meet the crowd. Dundee, blissfully unaware that his life was about to change radically, contemplates his world with satisfaction. What shall I do next?  A snack, perhaps? Shred some furniture? Or should I torment one of the other cats? So many choices, so little time… 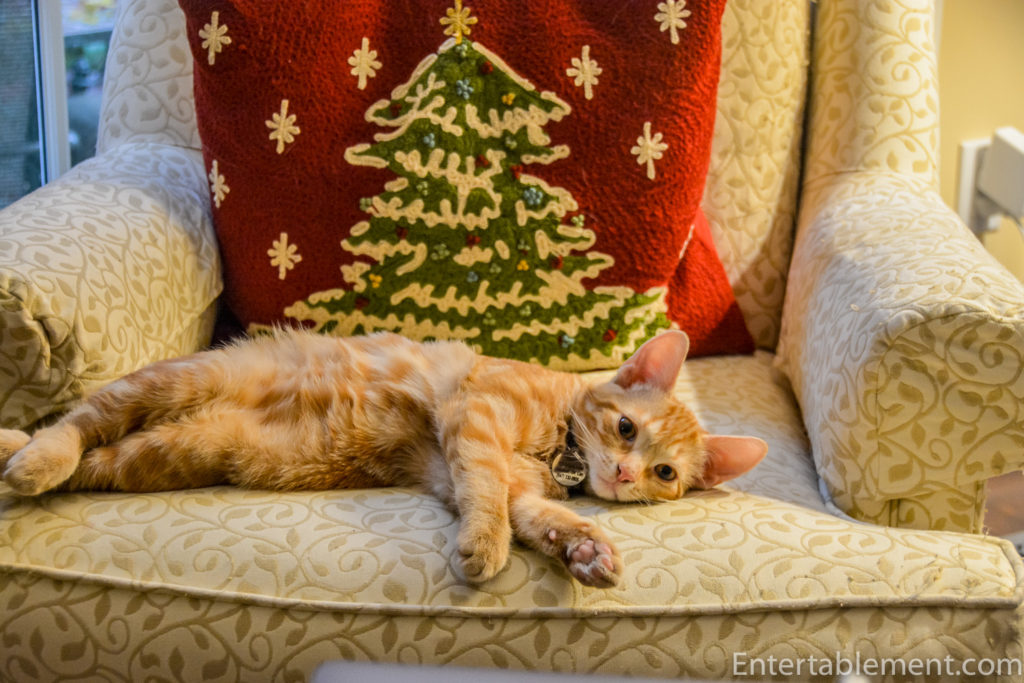 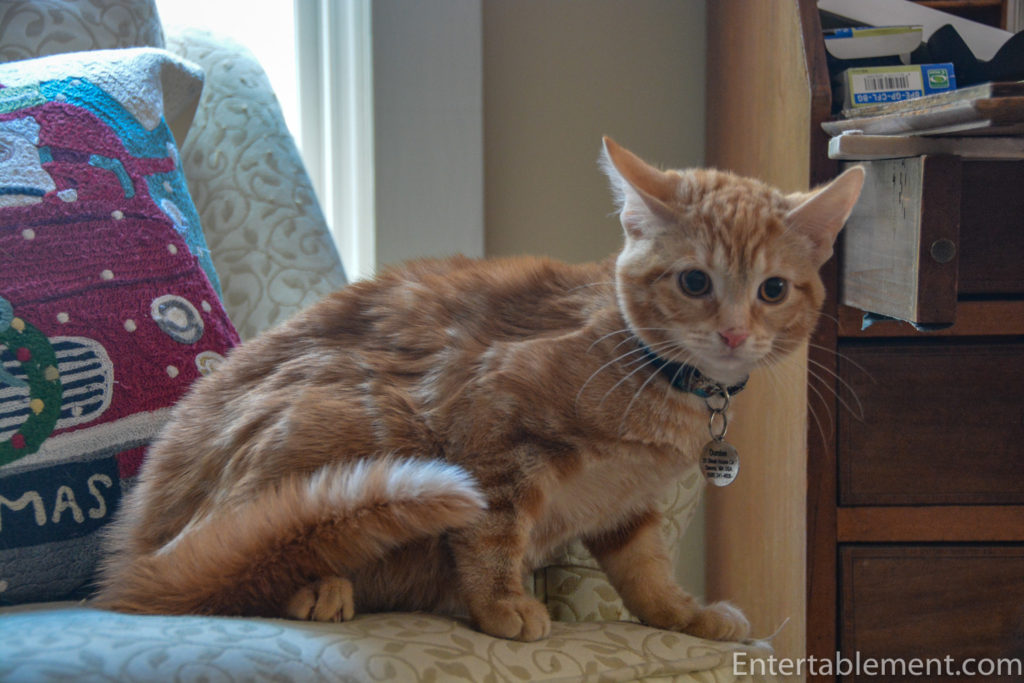 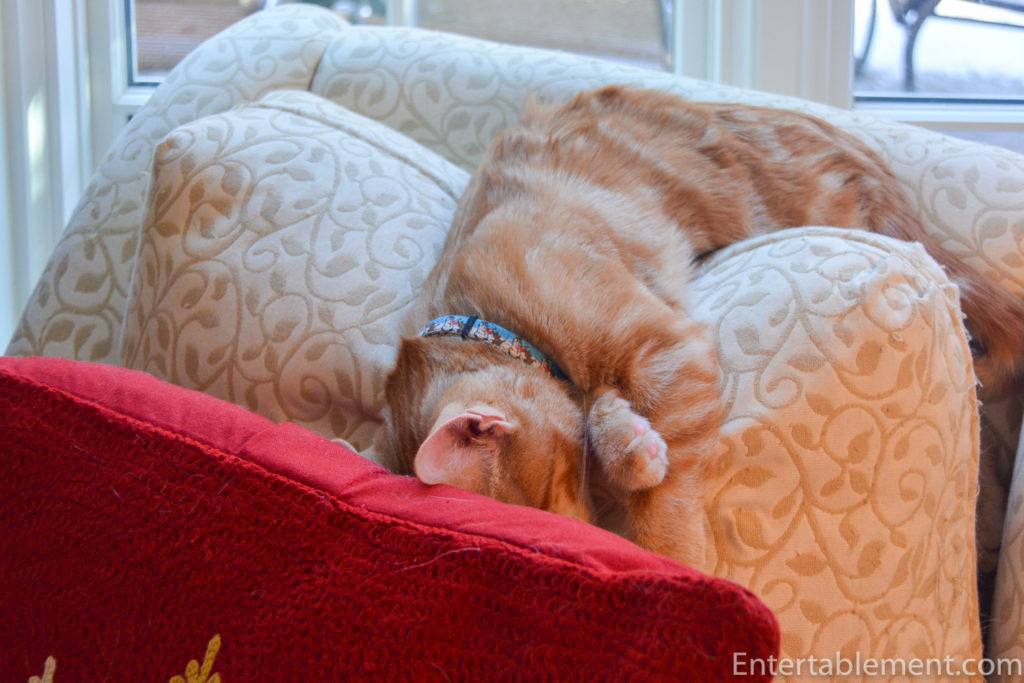 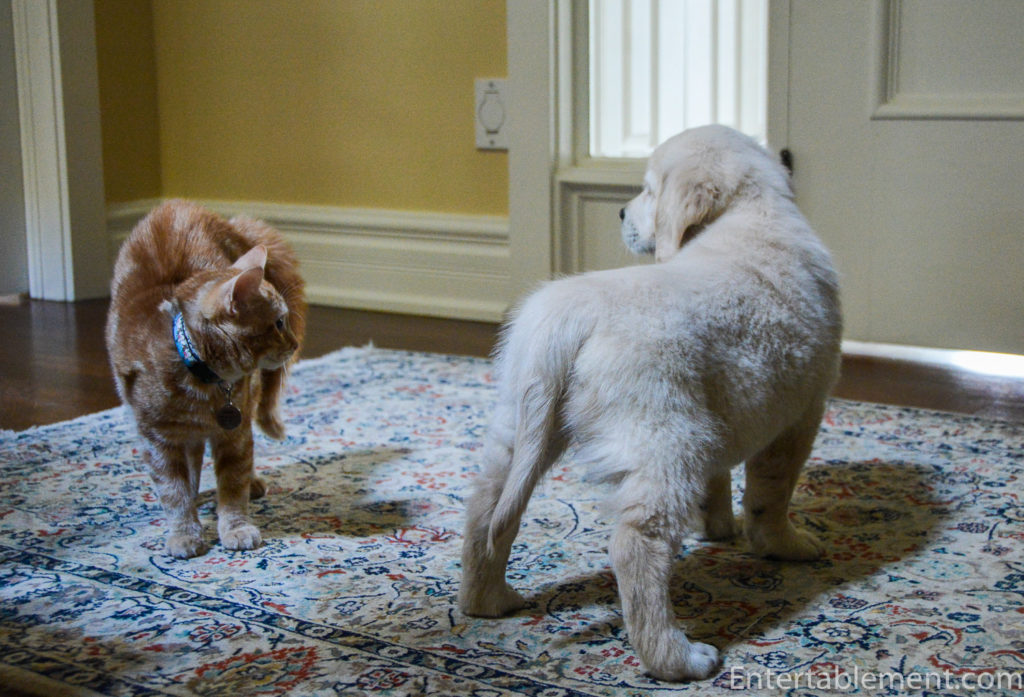 Dundee fled the scene and remained largely out of sight for two days. He came out periodically to eat, but the wound was deep. He had been betrayed, in his own house, by people he trusted. Clearly, he had made a mistake. We got the tail flick.

Then curiosity got the better of him. Hmmm. perhaps I will observe this foul object and see how I can vanquish it… 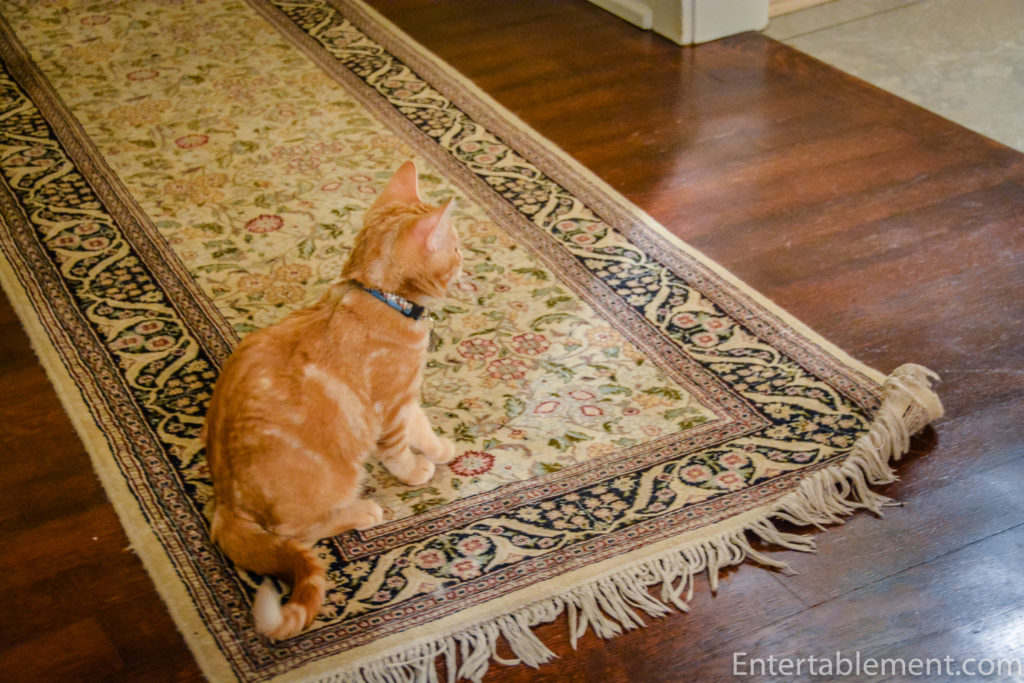 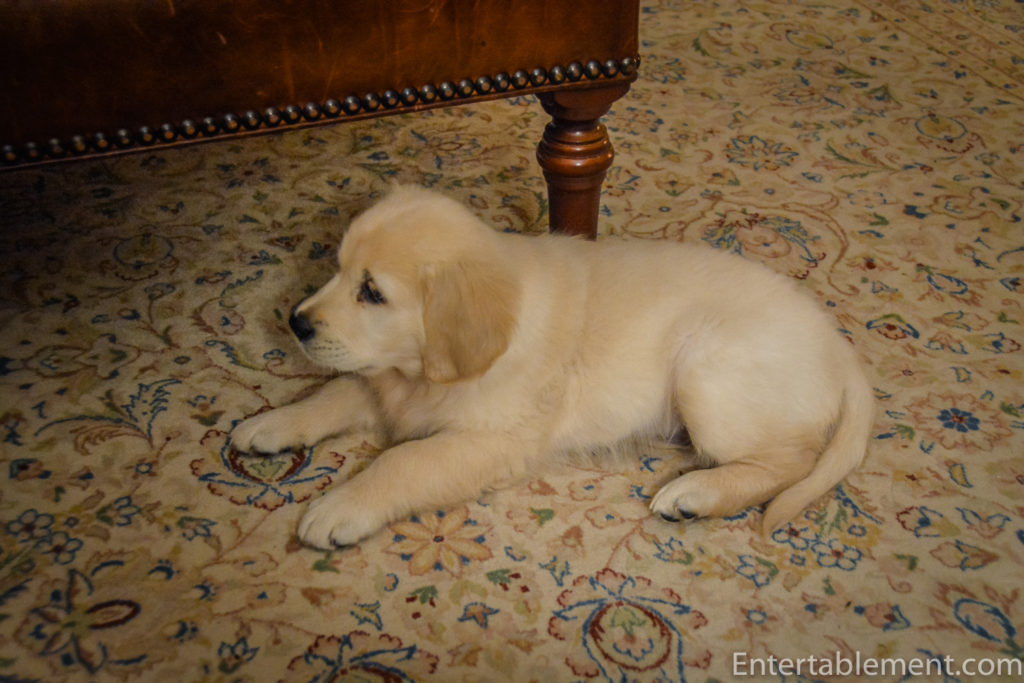 If I attack from the back, perhaps the stupid dog won’t notice. 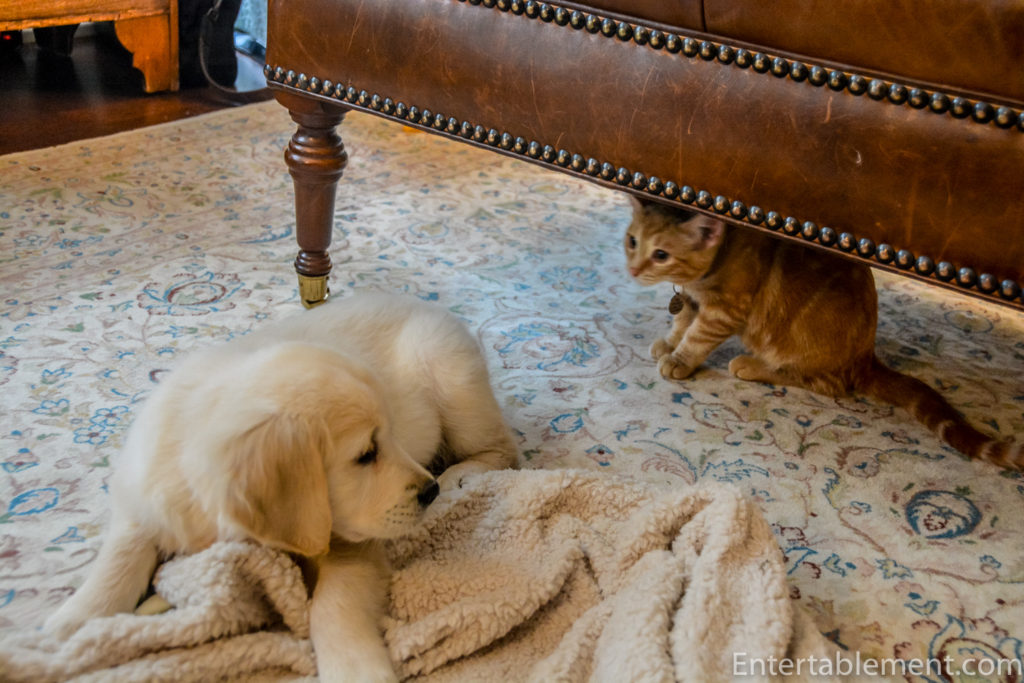 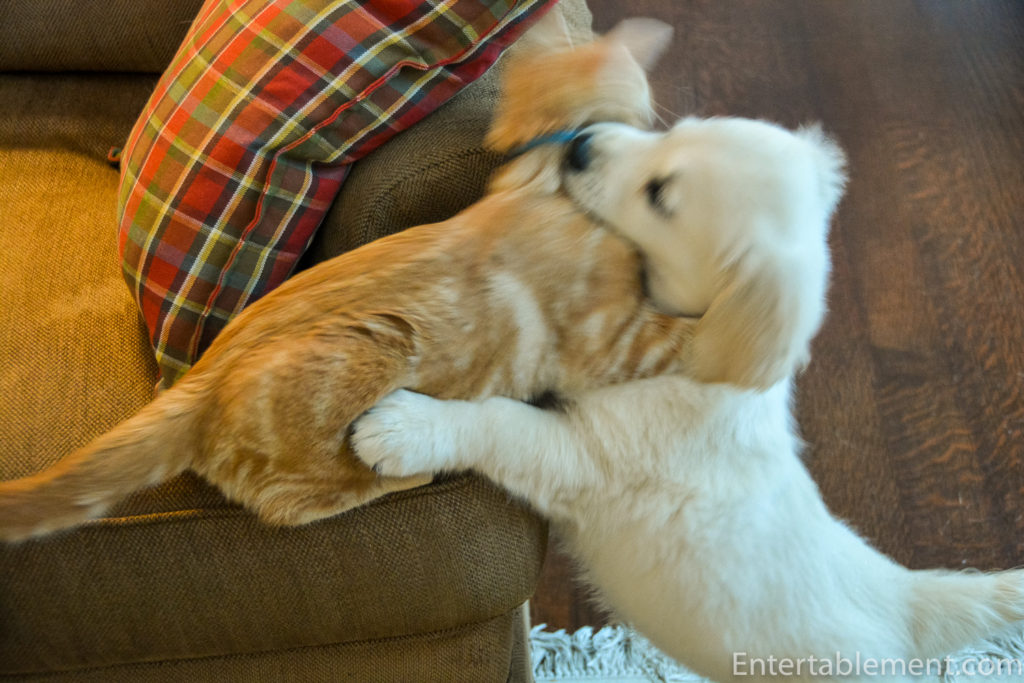 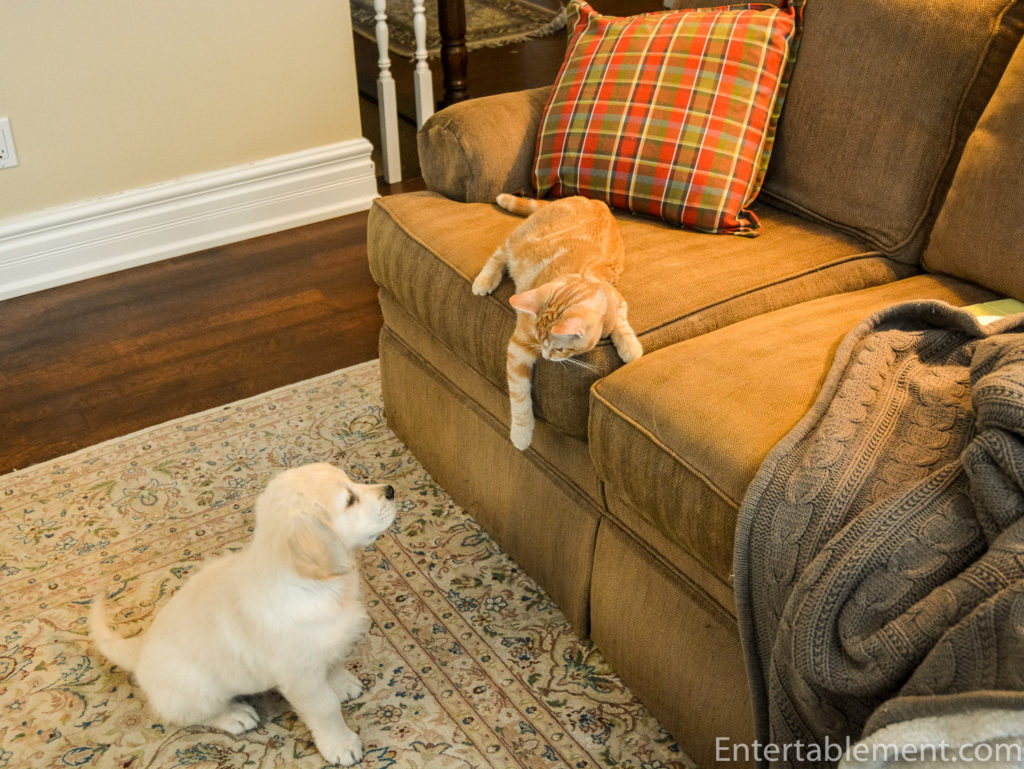 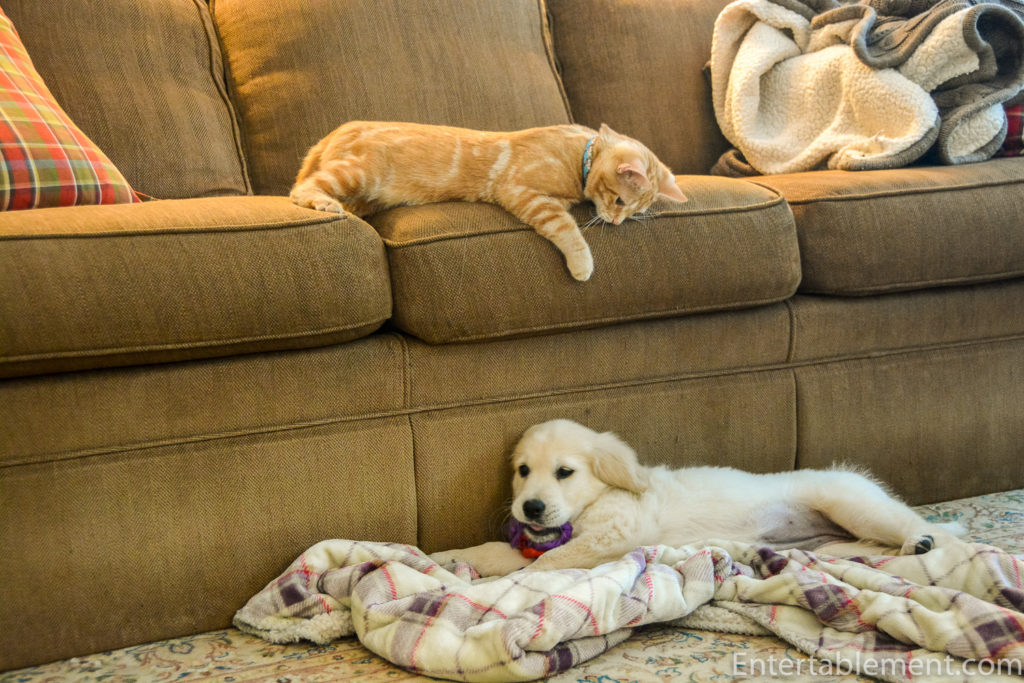 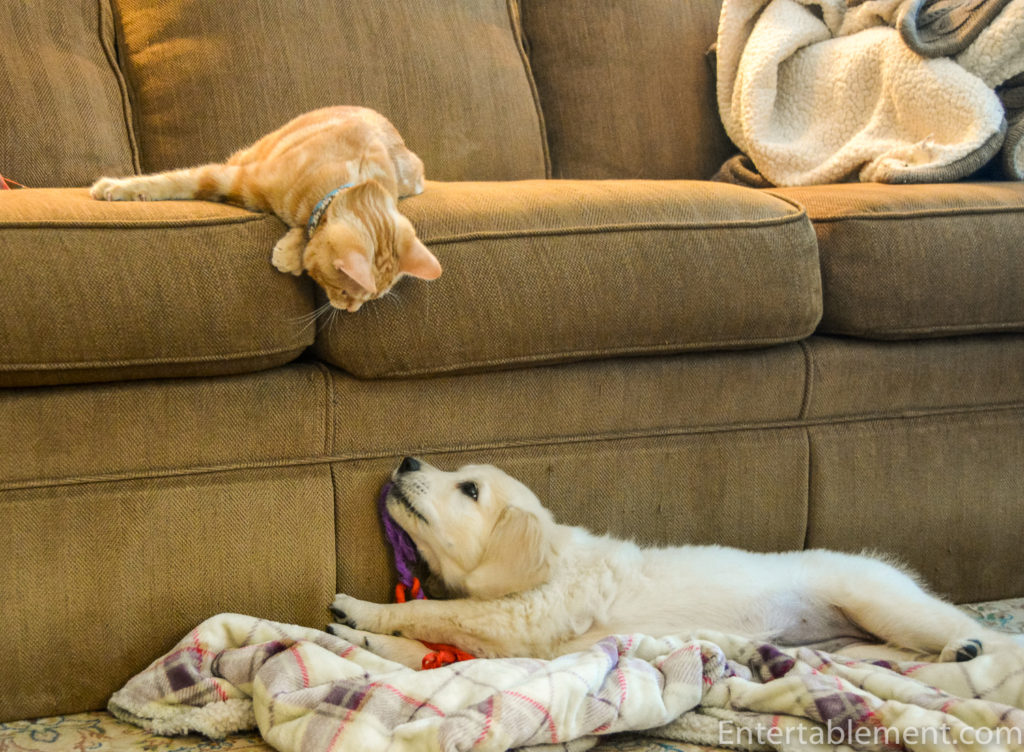 We were a little uneasy about how Churchill would take to an addition. Normally he can be a bit pouty (we joke that he suffers from Short Dog Syndrome). But surprisingly, he’s been really good with her. 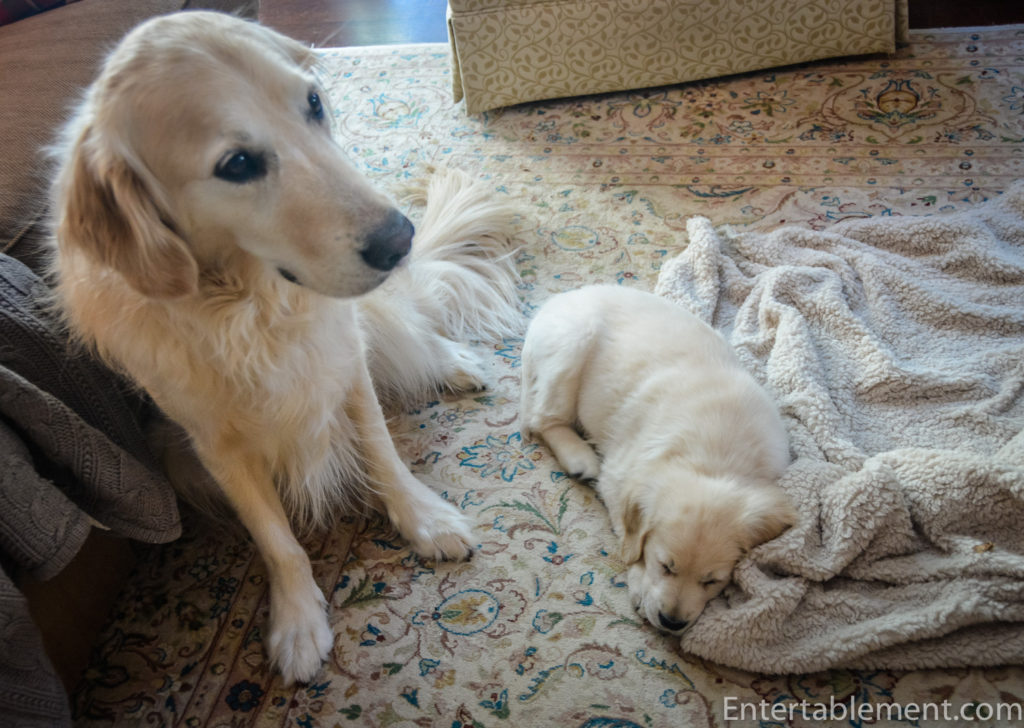 And so it came to pass. 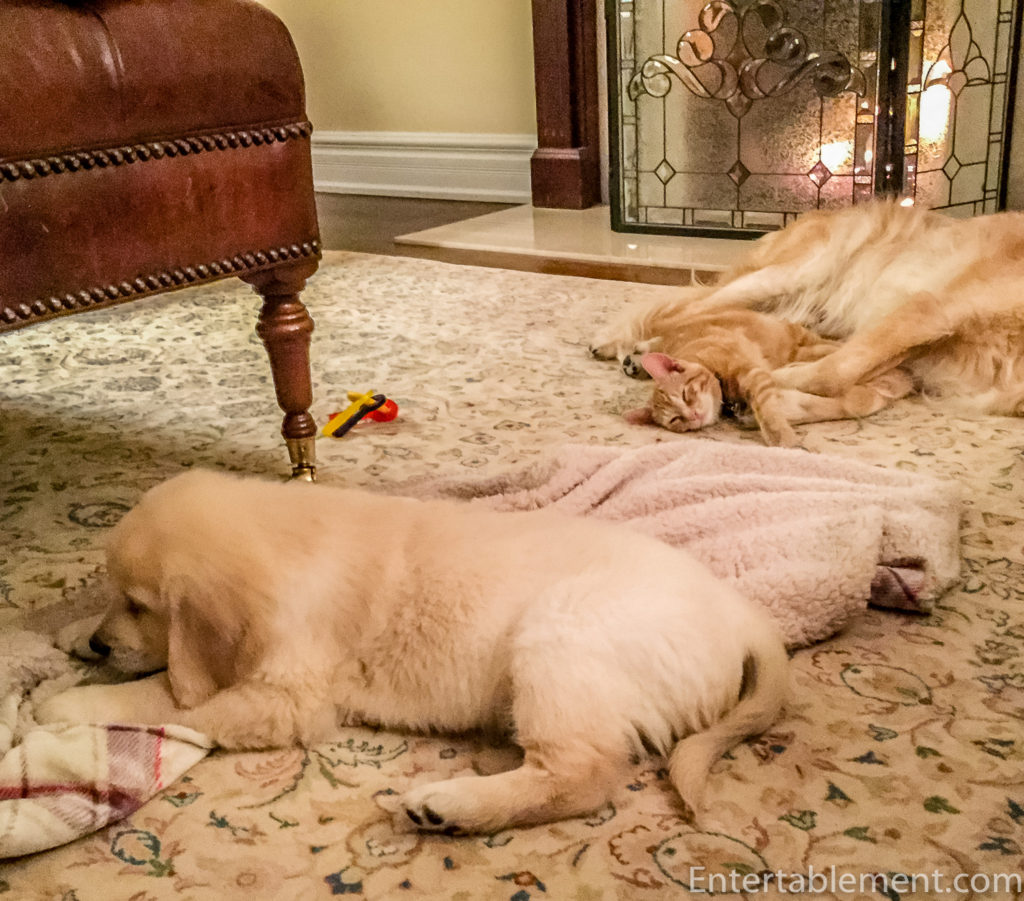 Snuggled up to Taylor, as predicted. 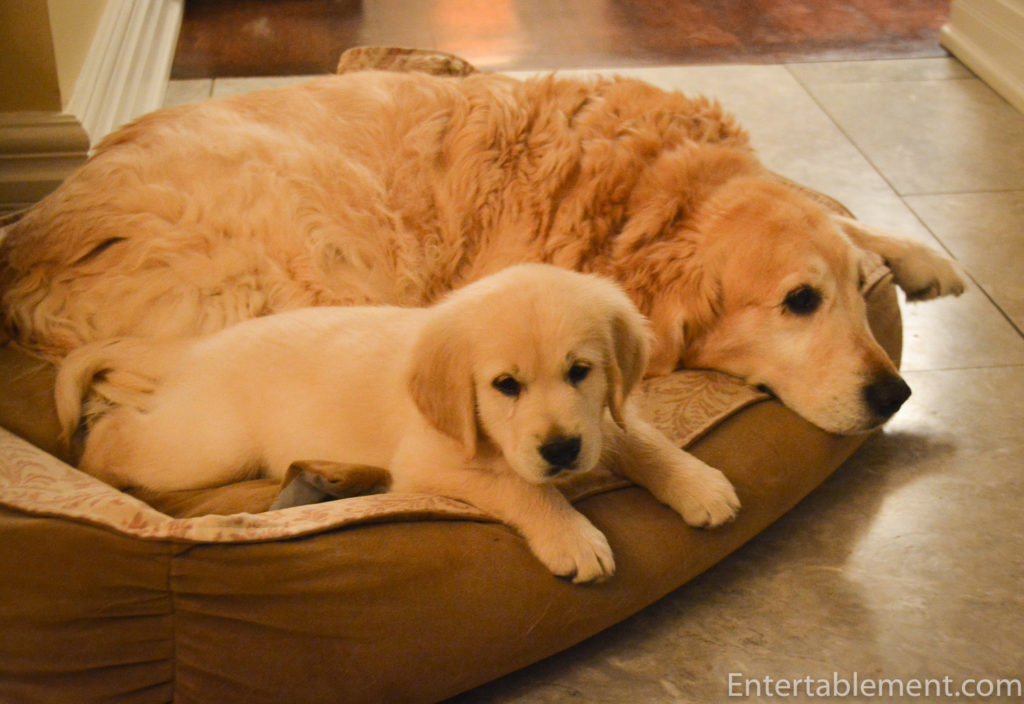 Enjoying the last of the autumn leaves. 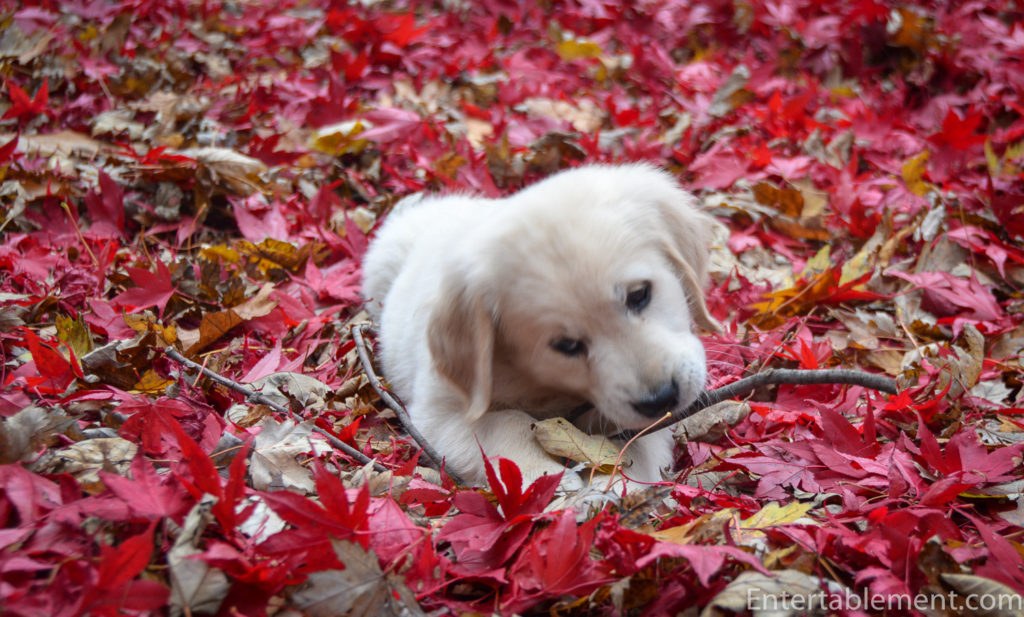 And the first of the winter snow. 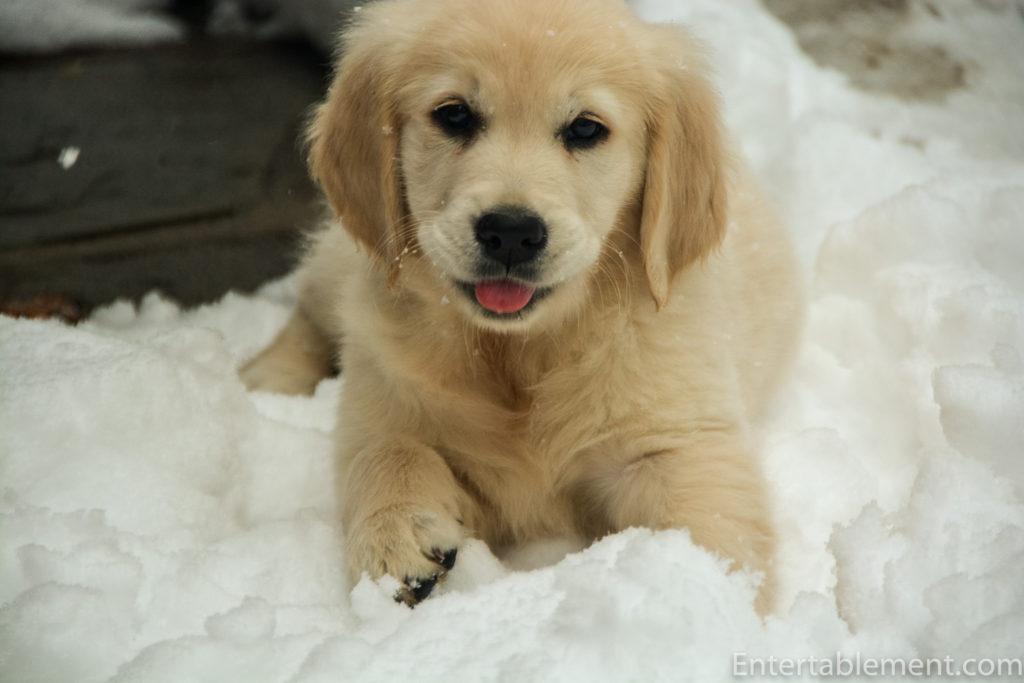 What is this thing that keeps following me? 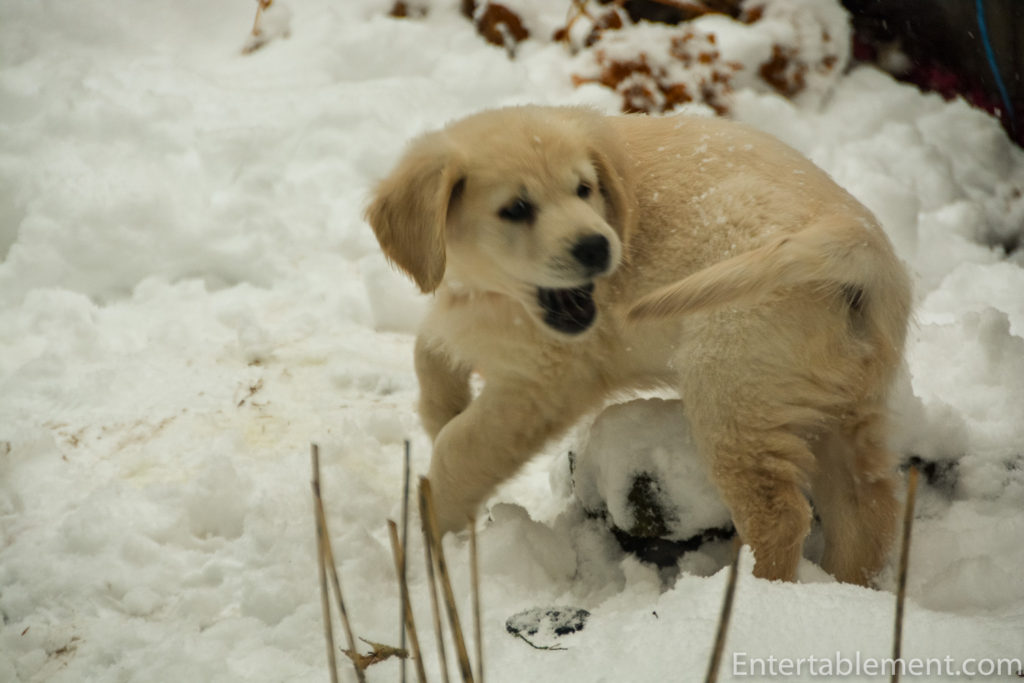 Back inside for a quick wrestle with Dundee.

And I’ll settle down for a nap. 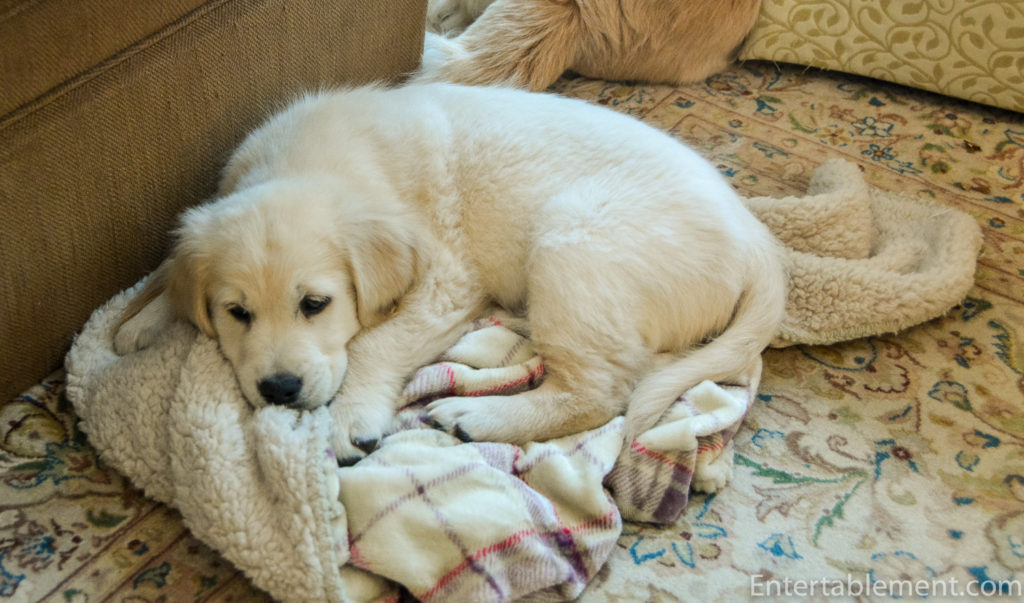 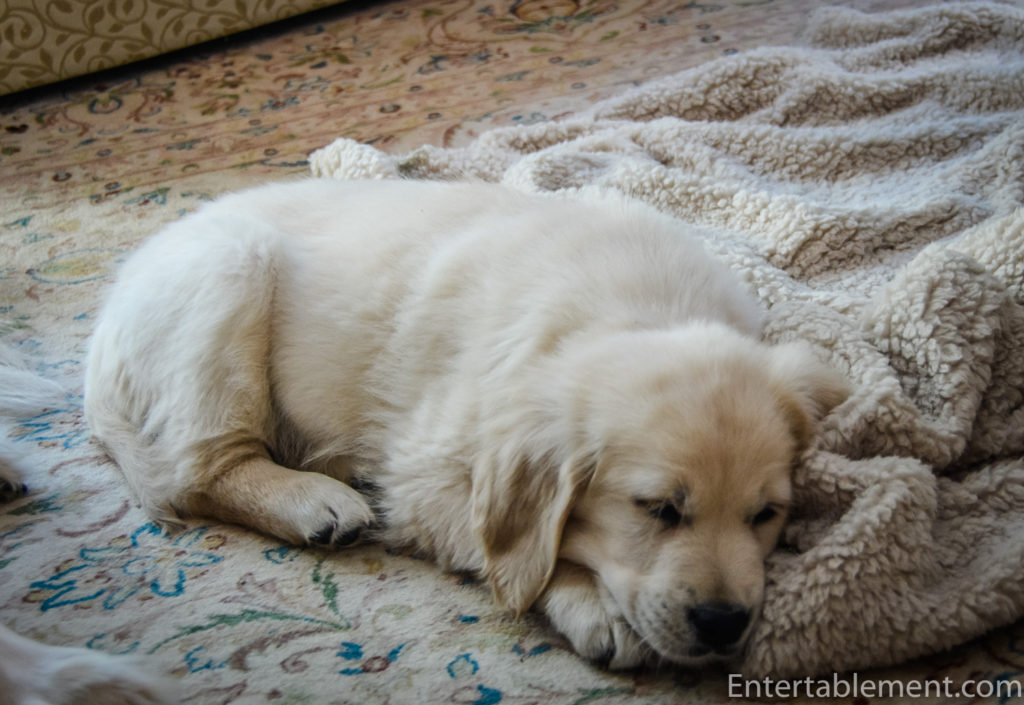 Life is pretty good around here! 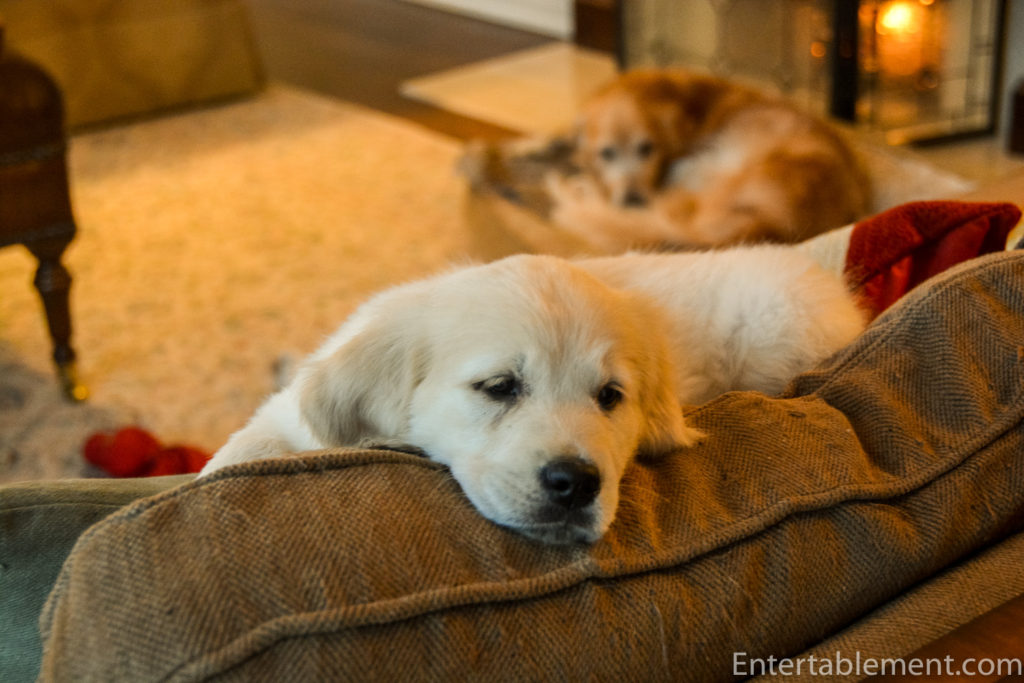