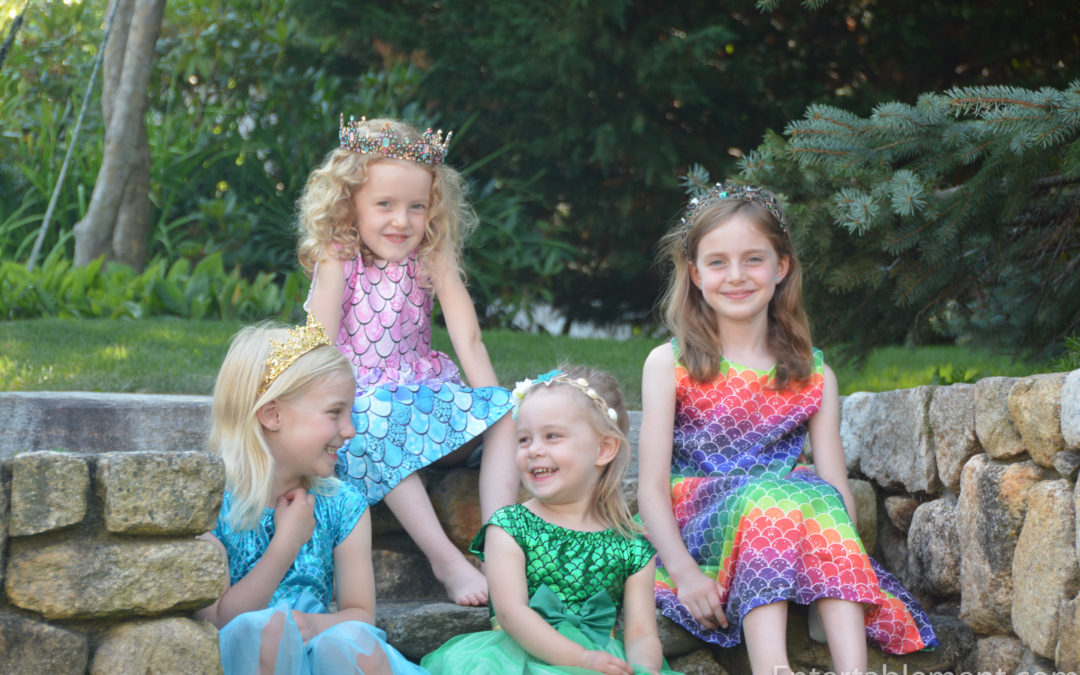 Four little girls at the seaside. Gotta have a mermaid party! 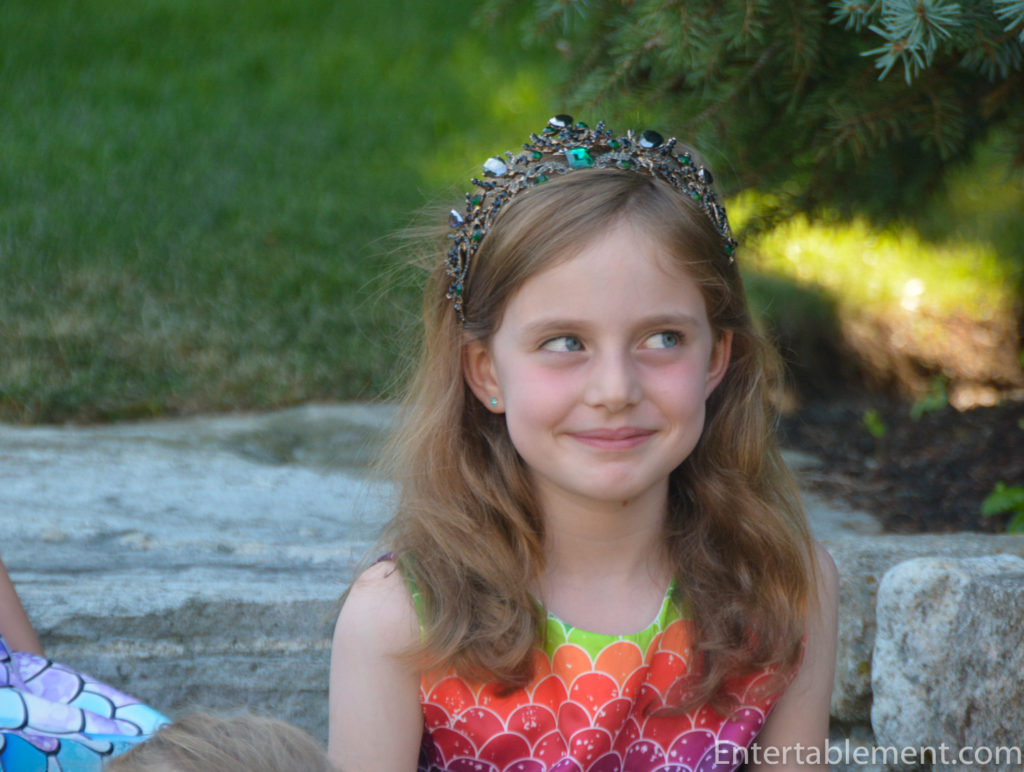 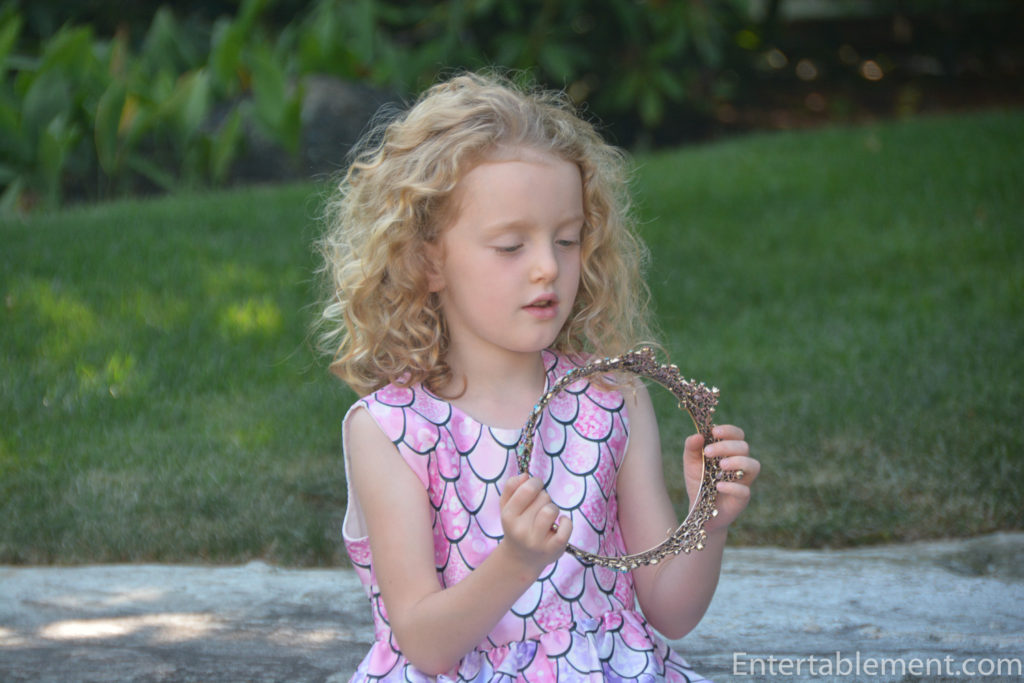 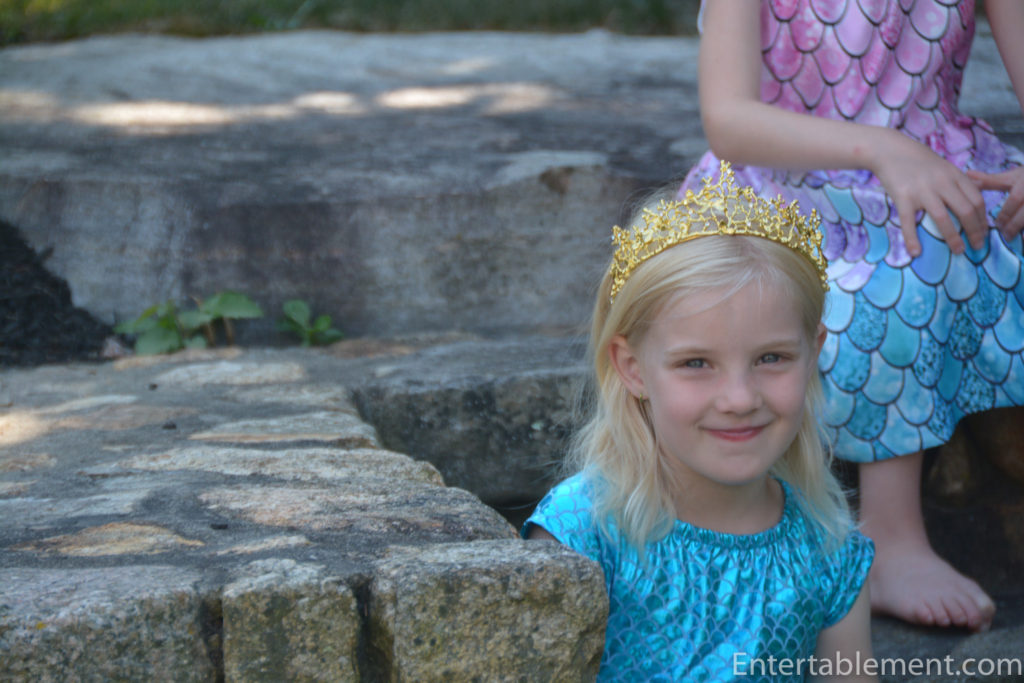 And headbands. All with mermaid dresses. 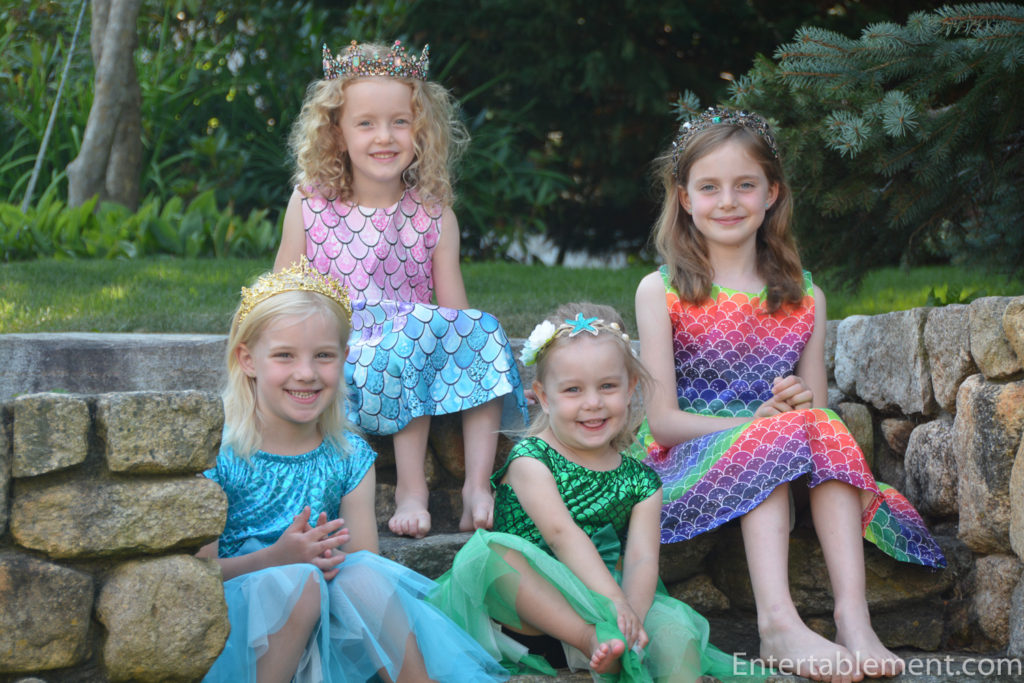 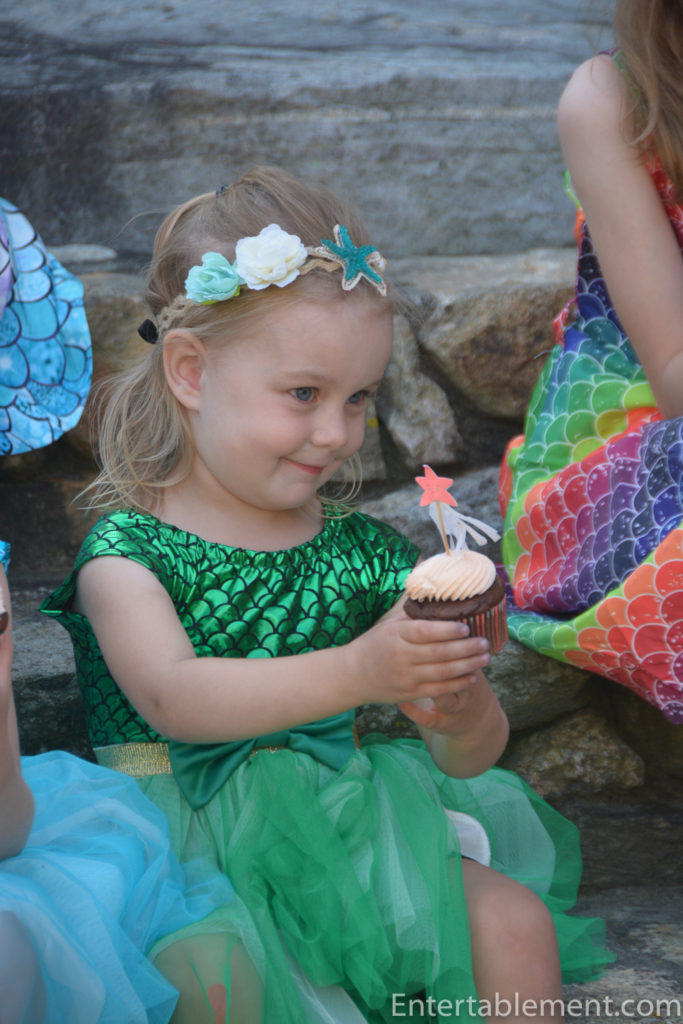 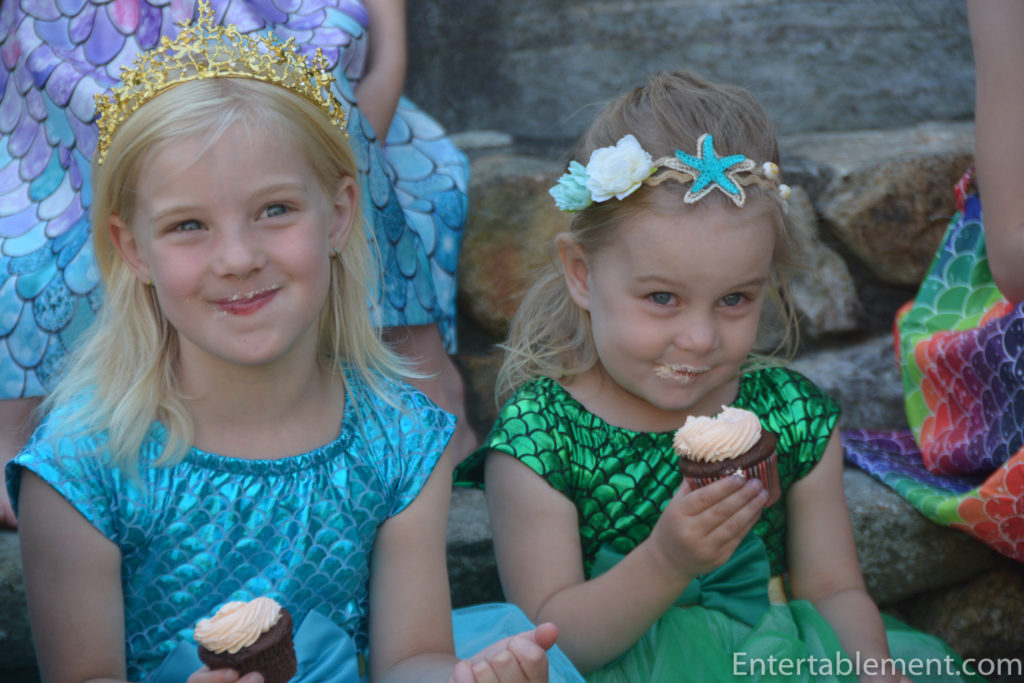 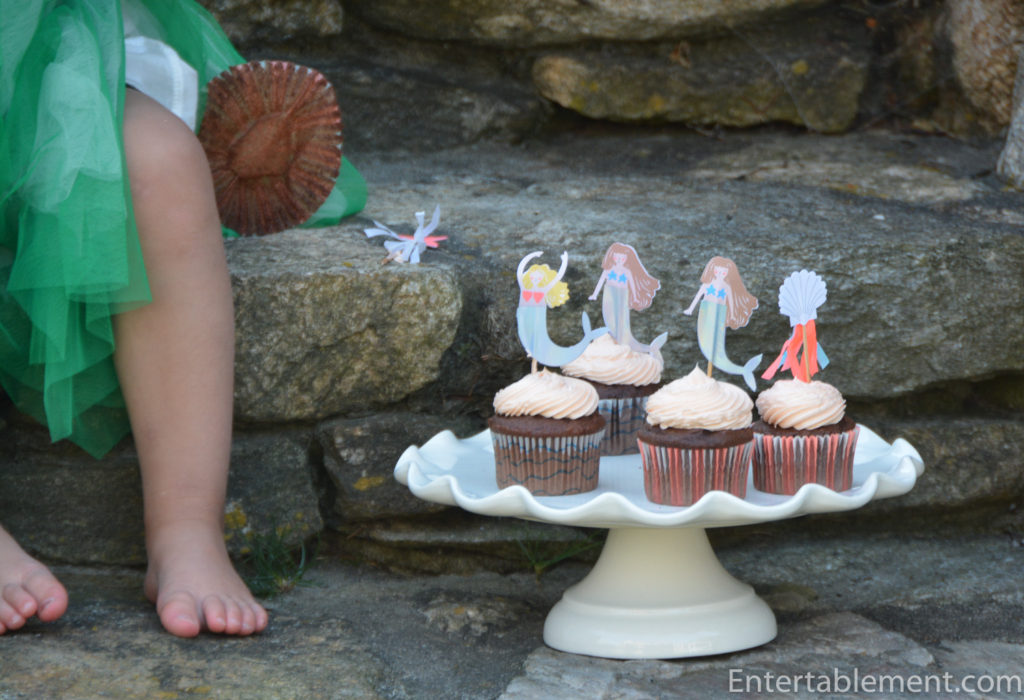 The toppers and liners are a kit from Meri Meri. 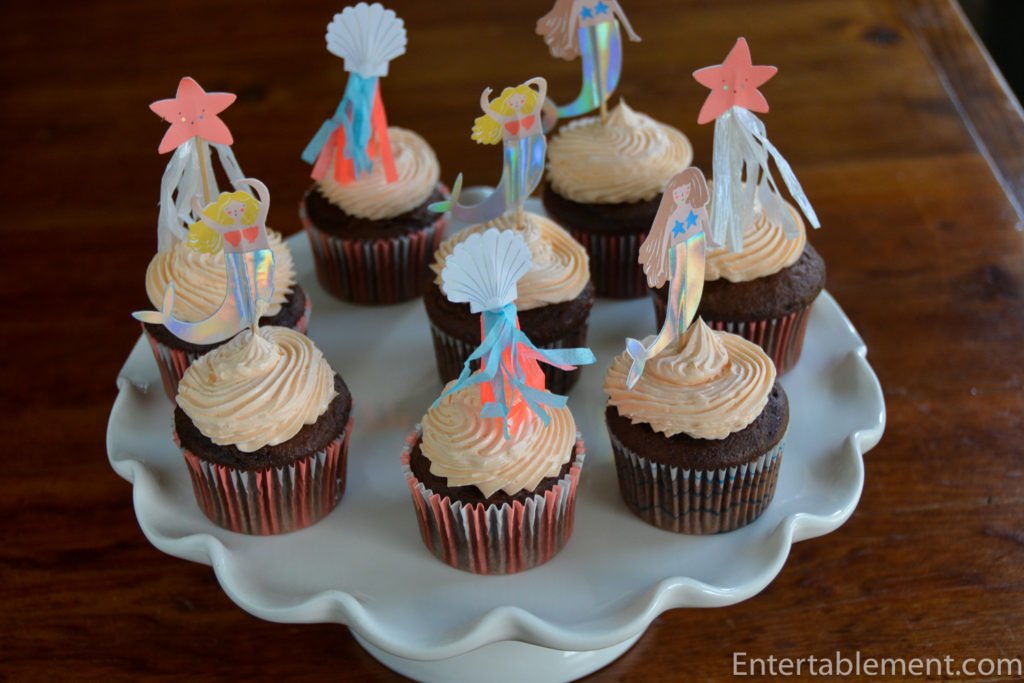 Much to my amusement, the clam turned out to be the most popular among the girls. After an afternoon at the beach hunting for hermit crabs, minnows and snails, they were delighted to witness a clam sinking its way back into the sand, “foot” extended to dig, sand spitting from the tube. They were vastly amused – the spitting clam was the highlight of the day. The poor old brunette mermaid was the least popular. A trio of them was the last to be consumed. 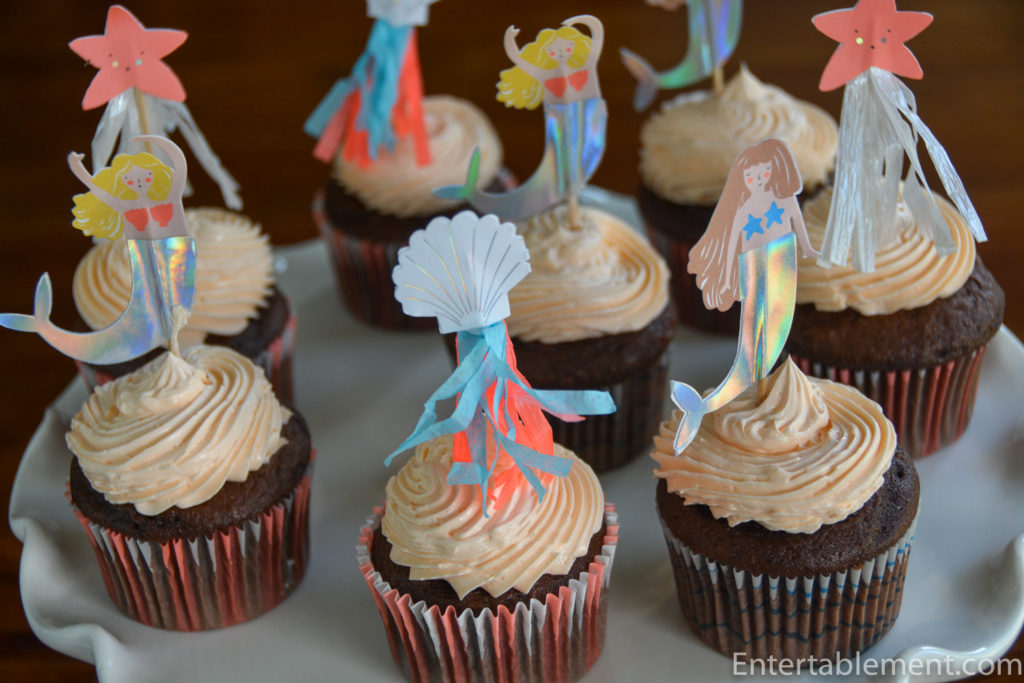 I made the cupcakes from a cake mix, substituting a cup of buttermilk for the water, using four eggs instead of three and the amount of oil that was called for on the box. This very useful tip comes from the folks at Hello Cupcake. The icing is Swiss Meringue Buttercream made with heated egg whites and sugar whipped to stiff meringue before scads of room temperature butter is whipped in one small cube at a time. A bit time consuming, but worth the effort. It’s lighter and not as cloyingly sweet as the canned variety. I added a touch of orange food colouring to produce the soft coral shade. 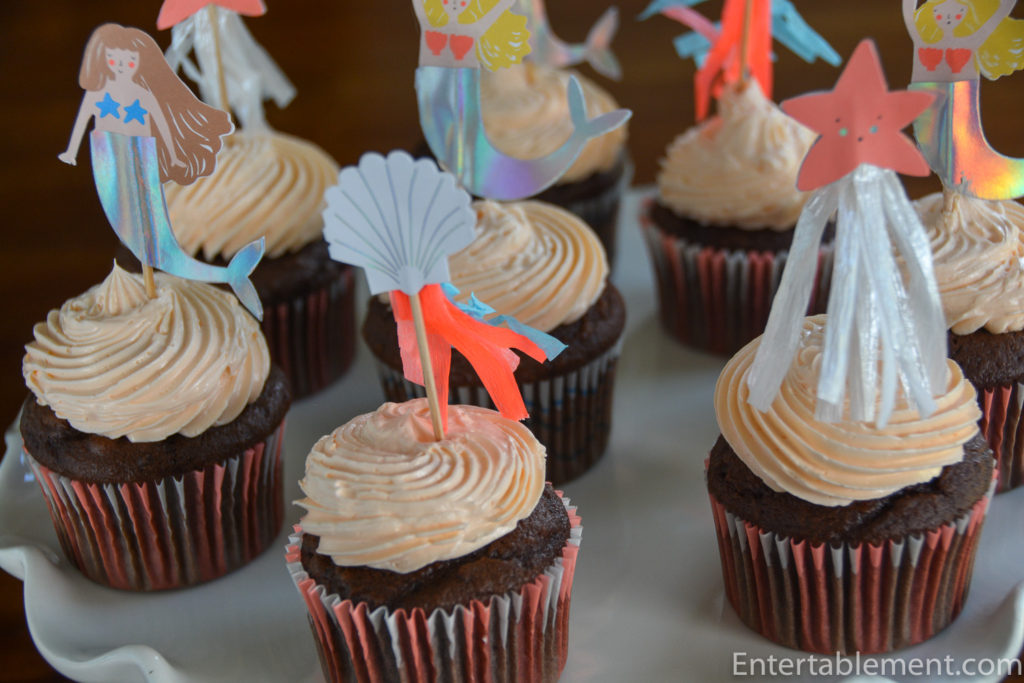 A wonderful time was had by all. 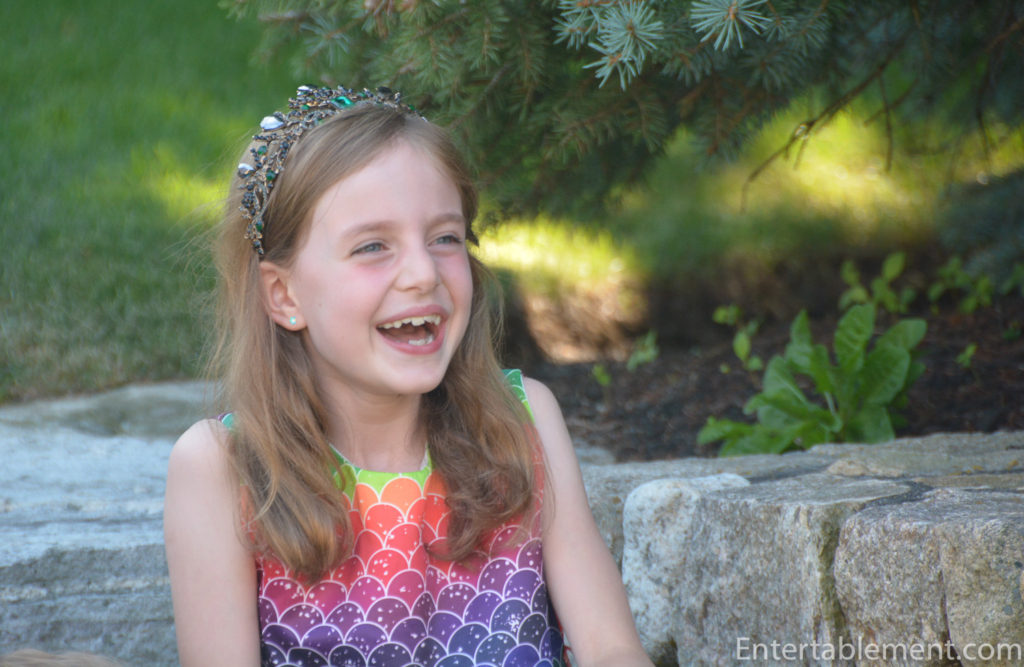 No squabbling over headpieces; they all made a choice and happily, no one wanted the same one. 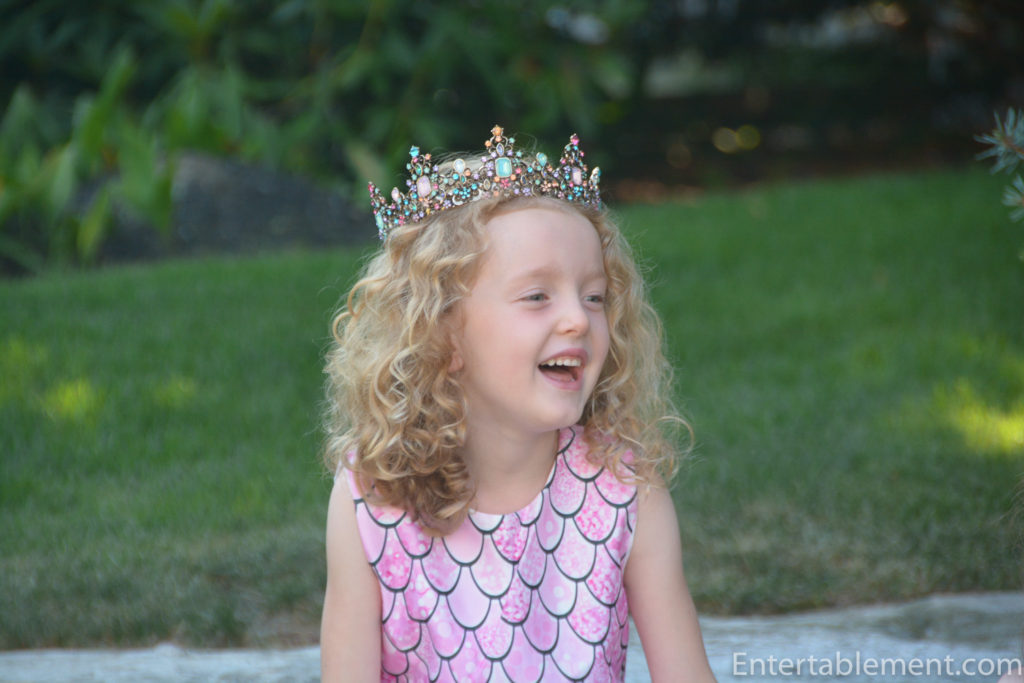 But it was really all about the cupcakes. 🙂 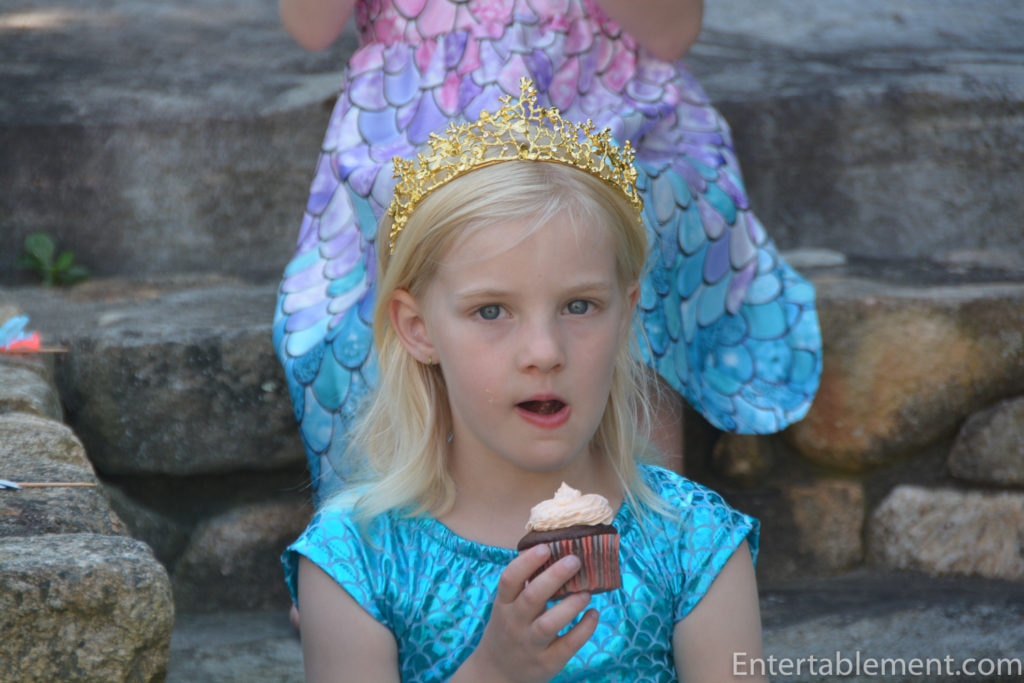 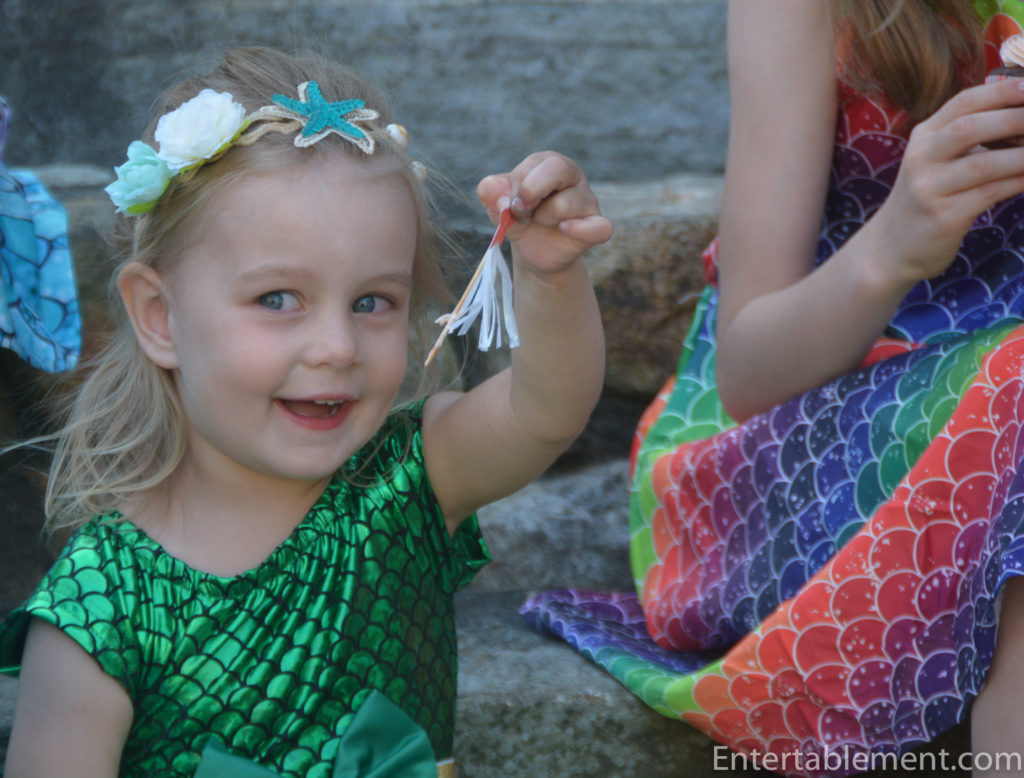 How many do you think we can have? 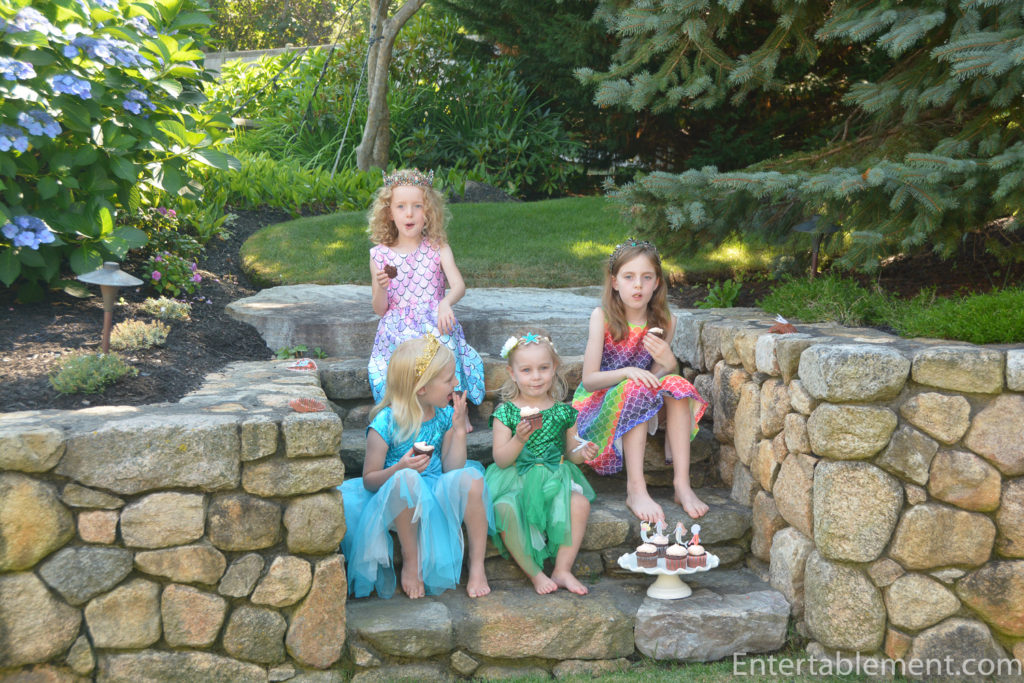 Can we eat them now? Please? Enough pictures? 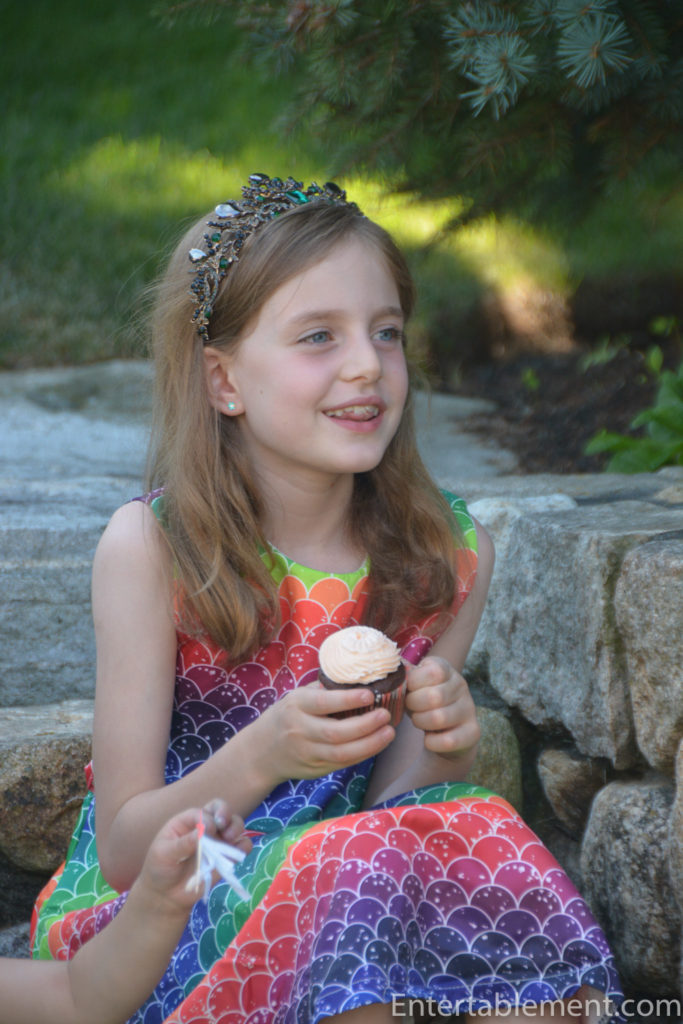 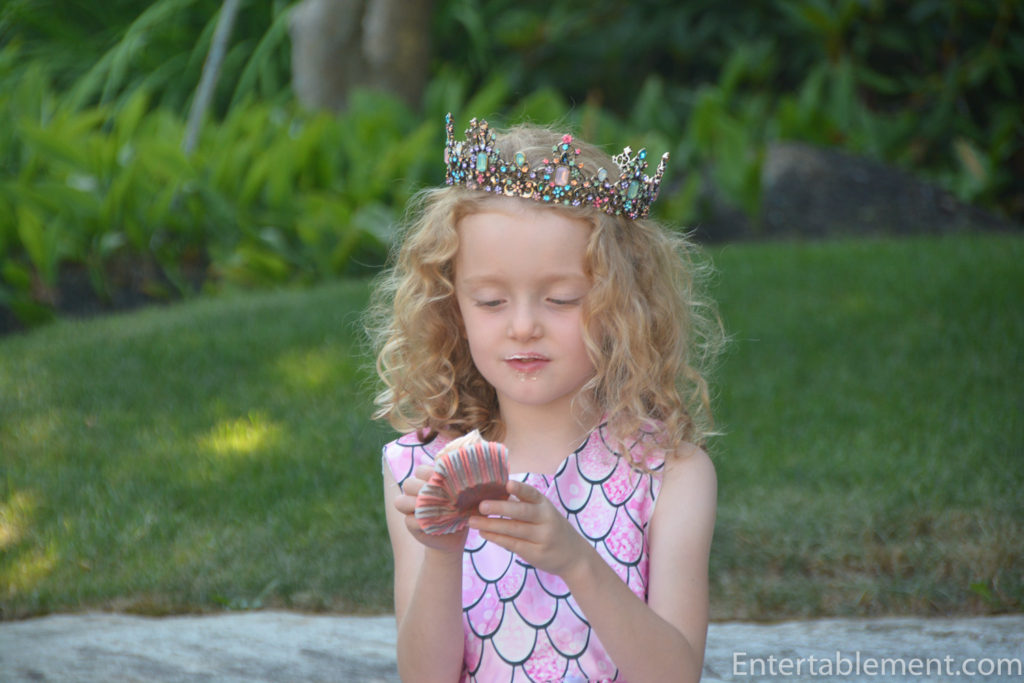 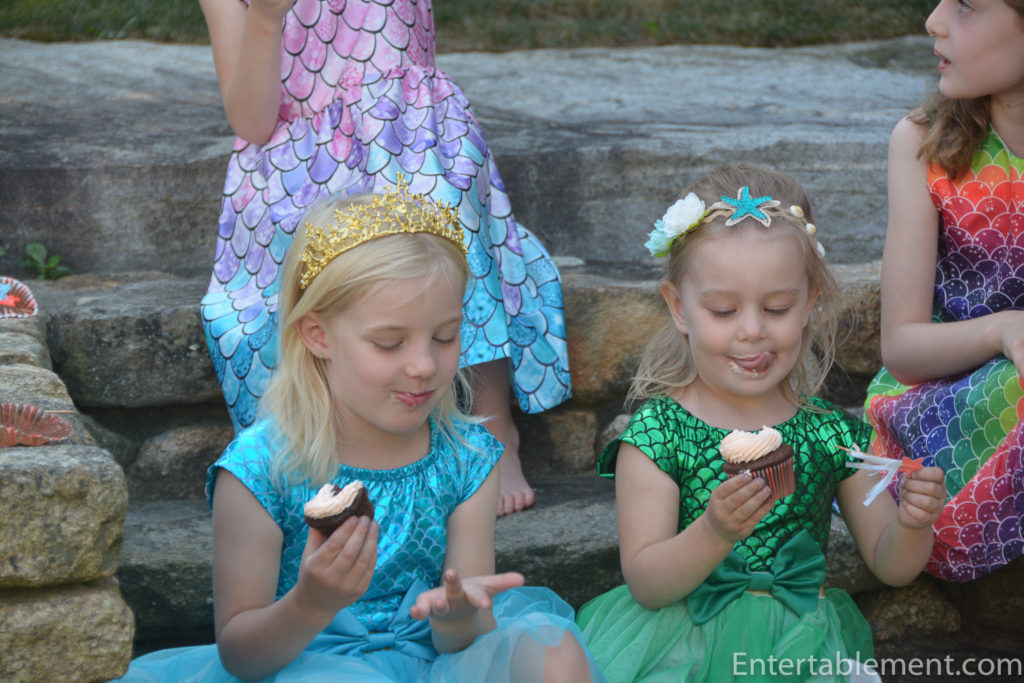 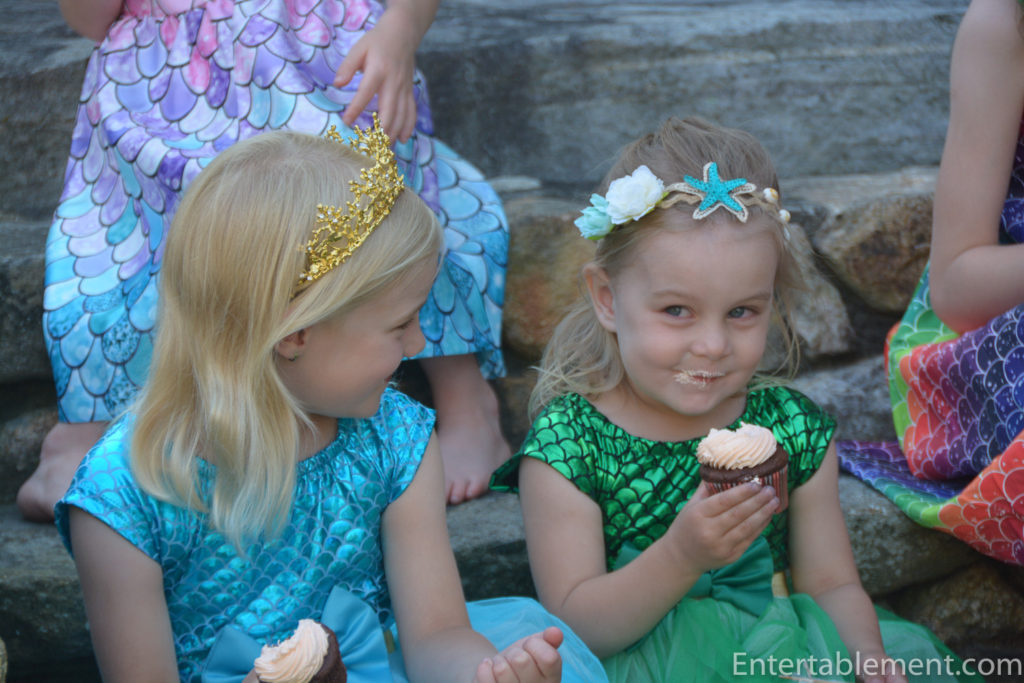 Let’s do this again, soon!