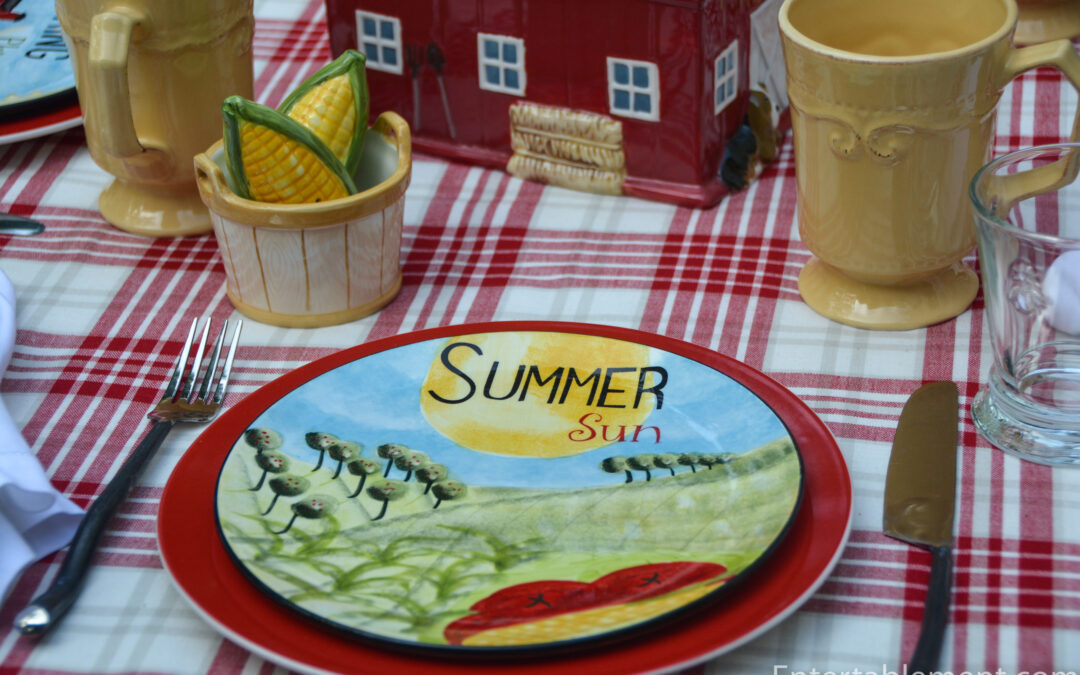 It’s high summer, and we’ve had day after day of blue skies and scorching sun, bringing to mind the expression “make hay while the sun shines”. 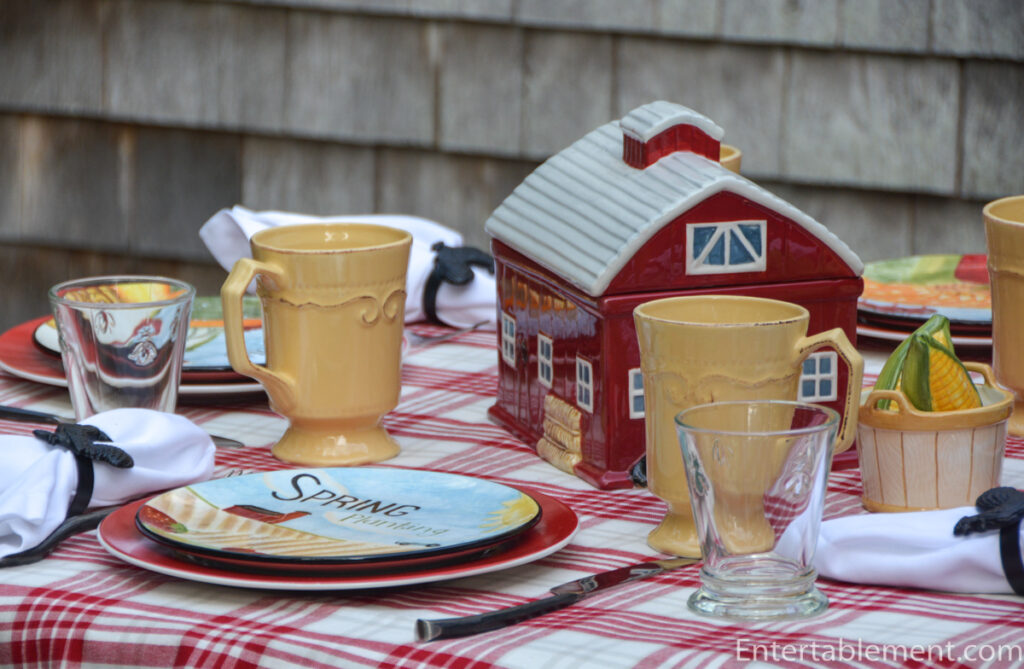 Produce abounds at the farmer’s markets, prompting me to reach for the appropriately named Farmer’s Market plates from Certified International. Let’s begin with Summer Sun’s corn and tomatoes. 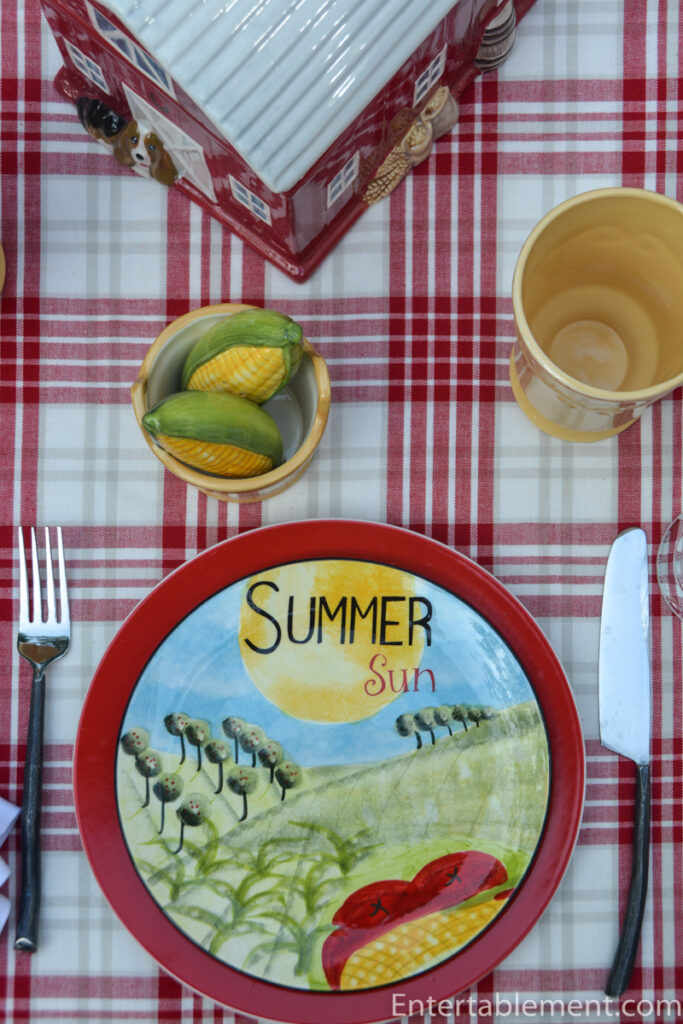 Before we know it, it will be the Fall Harvest with pumpkins and apples. 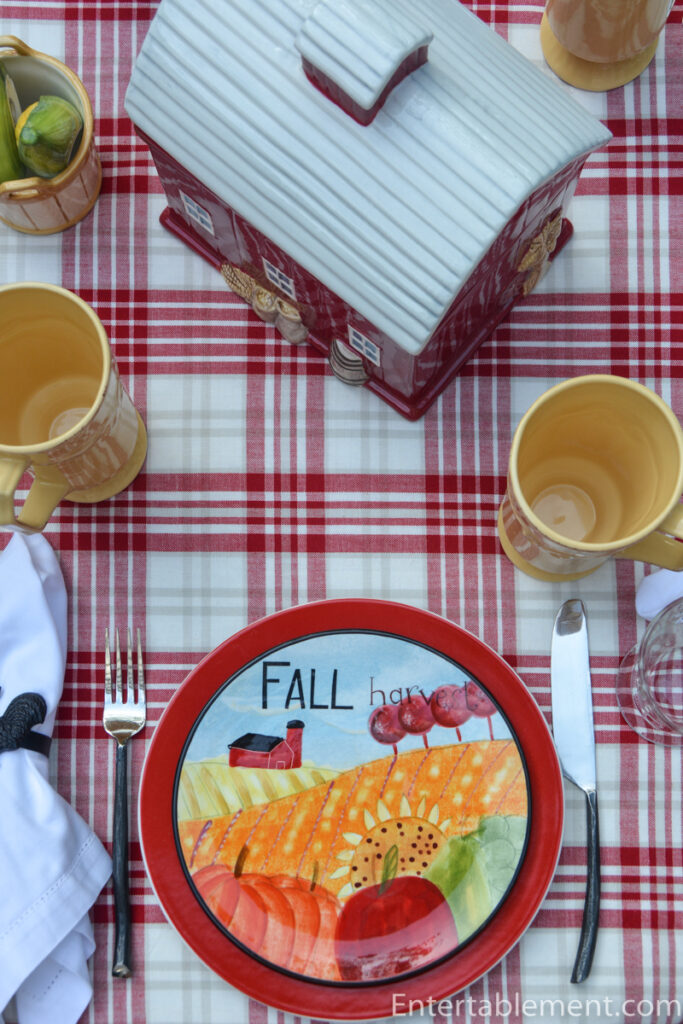 Leading to a Winter Bounty of root vegetables and cranberries. Hmmm…I don’t want to think about that one quite yet! 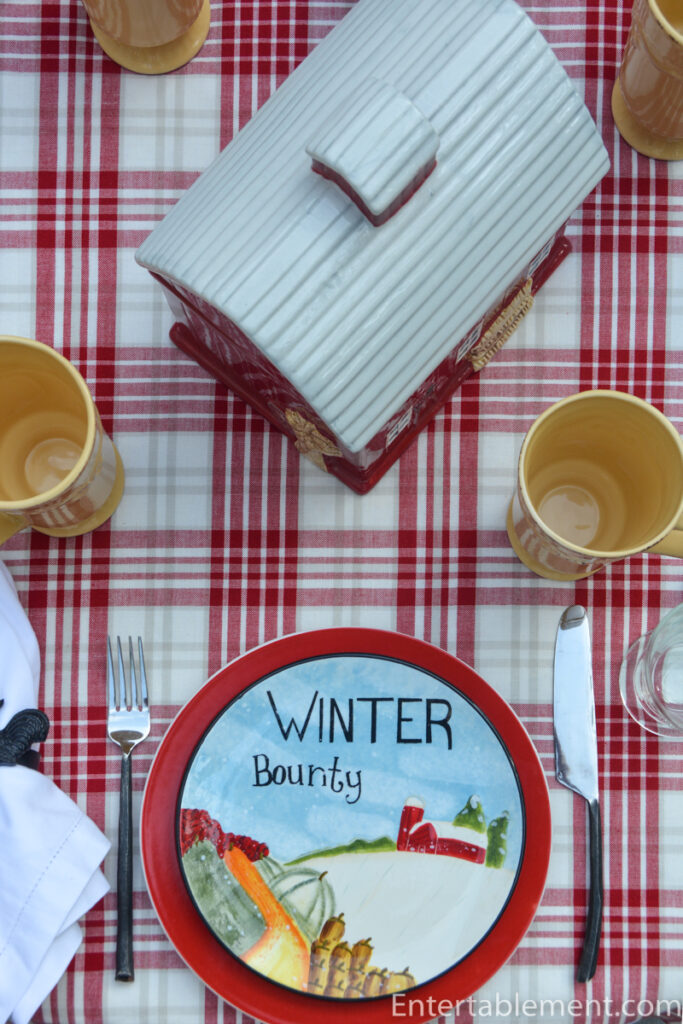 Happily, we will then be once again embracing Spring Planting. I’m already planning what additions to make to next year’s garden. Unfortunately, I’ve got a few holes where perennials failed to emerge this year, and I never did get around to filling them in with annuals. 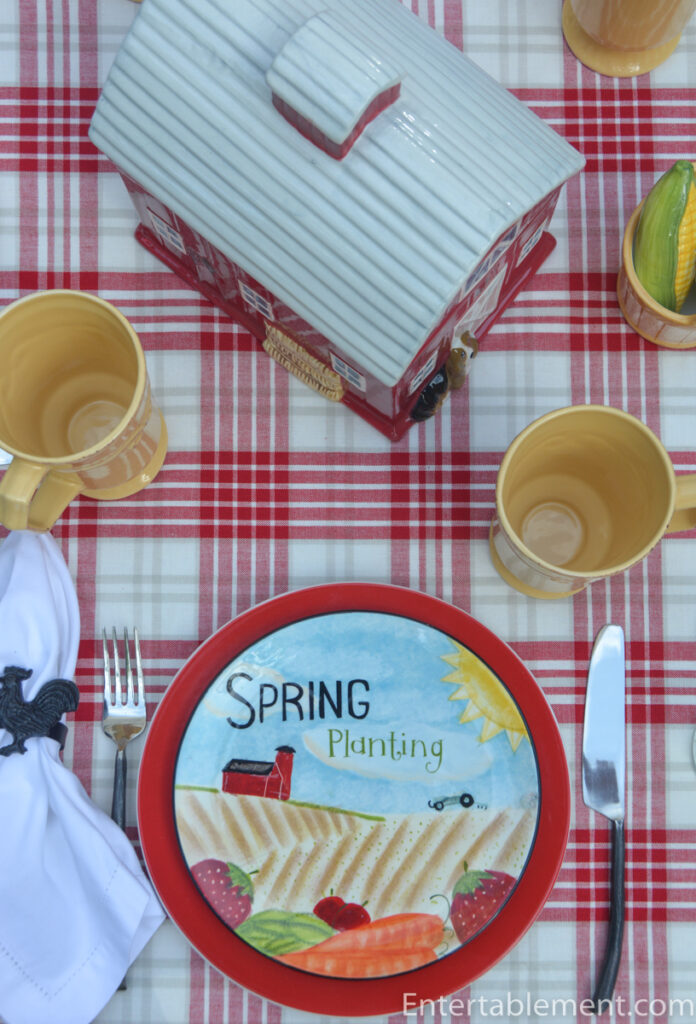 It’s been so hot we’ve been dead-heading our rose bushes right after we walk the dogs at 5:30 am. Hydrangeas and cluster roses abound at the Cape. Unfortunately, the hydrangeas don’t thrive in relentless dry heat and have been badly burnt these last few weeks, while the roses have put on a magnificent show. Thoroughly clipping them now will bring a second bloom later in August. 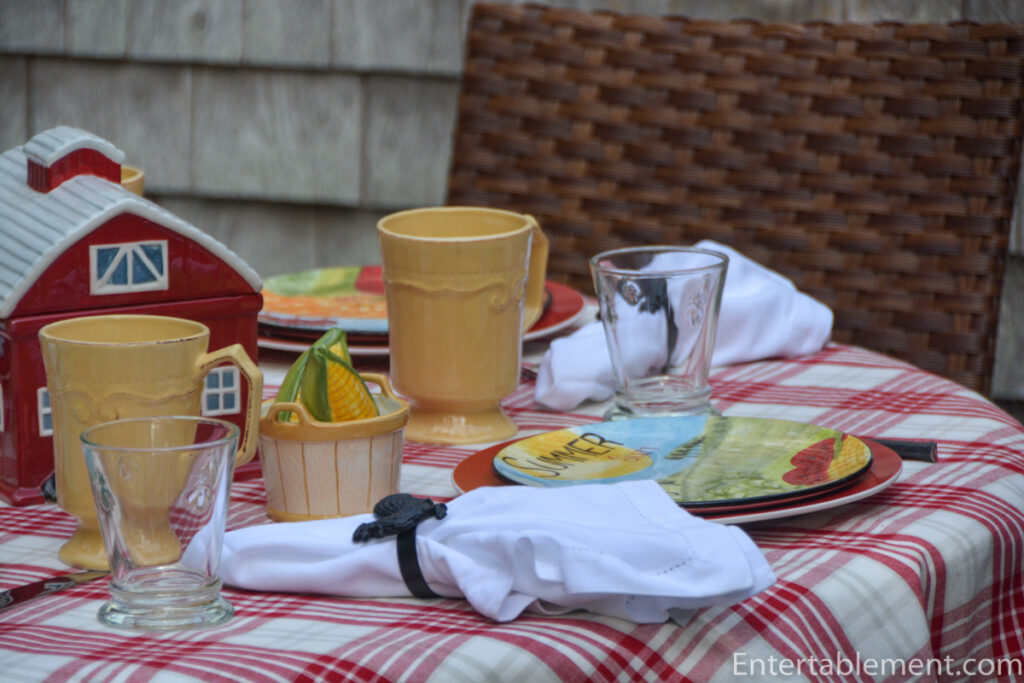 On to the table. A barn-shaped cookie jar from Pioneer Woman picked up a common theme depicted in the Farmer’s Market plates by Certified International. 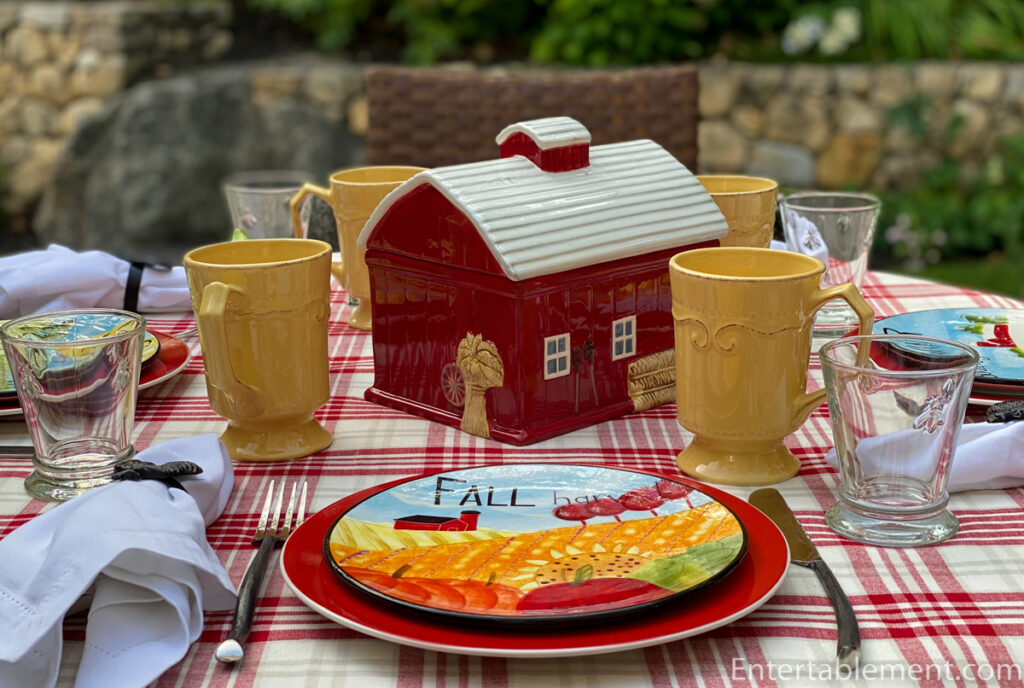 The red dinner plates are part of the Kenna Red set by Pfaltzgraff used to set the table in honour of Canada Day a while back. 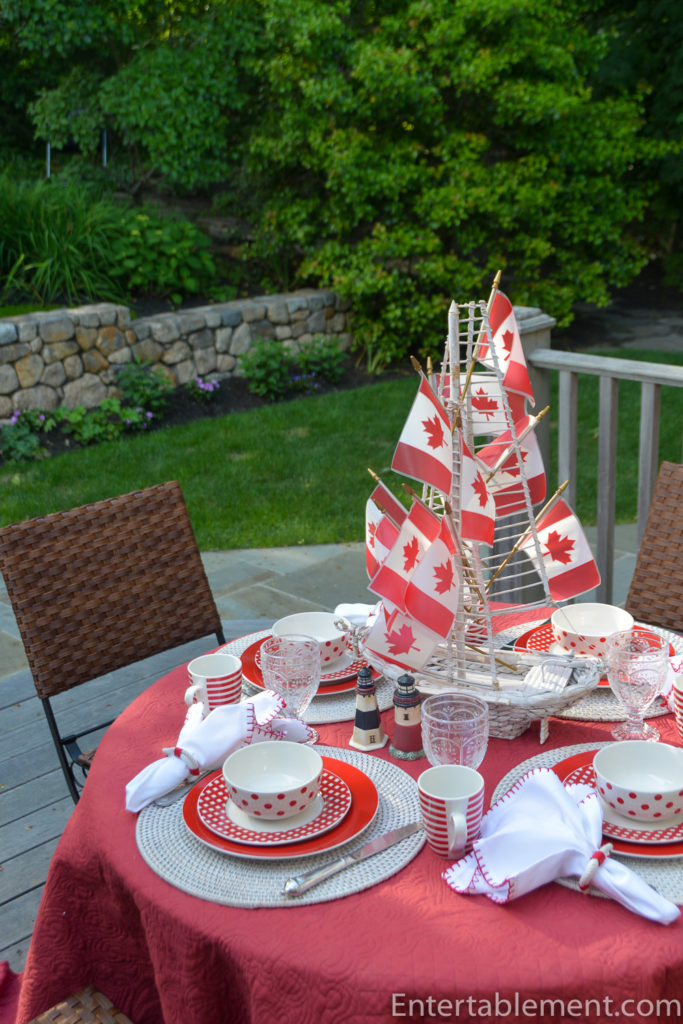 The corn-in-basket salt & pepper shakers are part of the Farmer’s Market set. I couldn’t resist them. 🙂 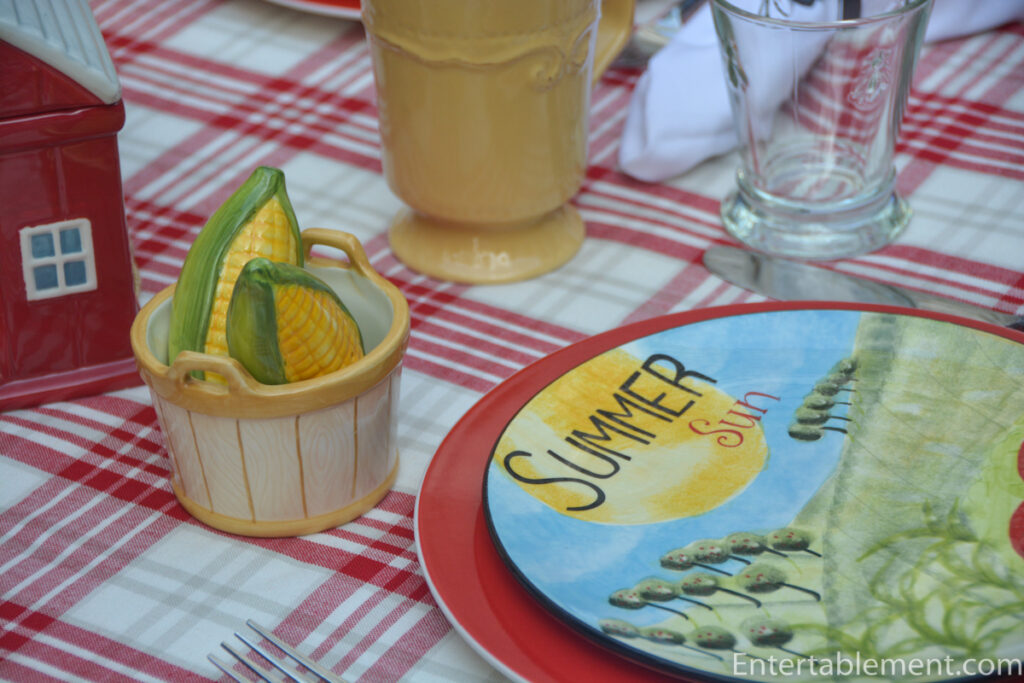 Clear tumblers with a bee motif came from Pottery Barn many years ago. The yellow mugs are part of the Capri Buttercup collection from Home Accents. They’re marvellous for a generous cup of latte or hot chocolate. 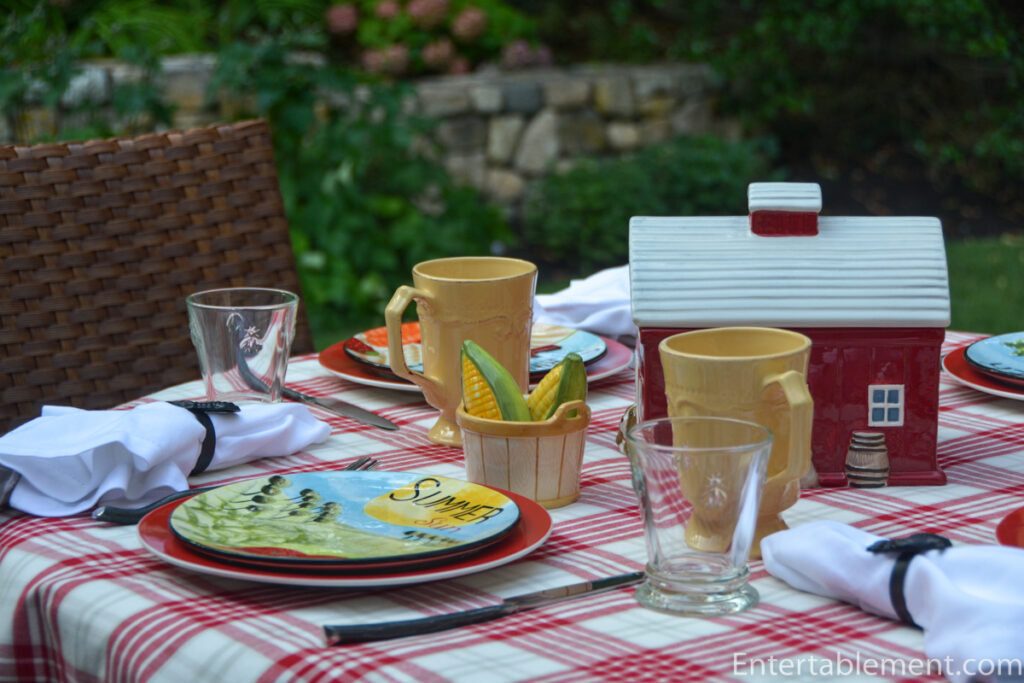 Black accents in the form of rooster napkin rings (Amazon) and Twig Flatware (discontinued from World Market) add a touch of contrast. 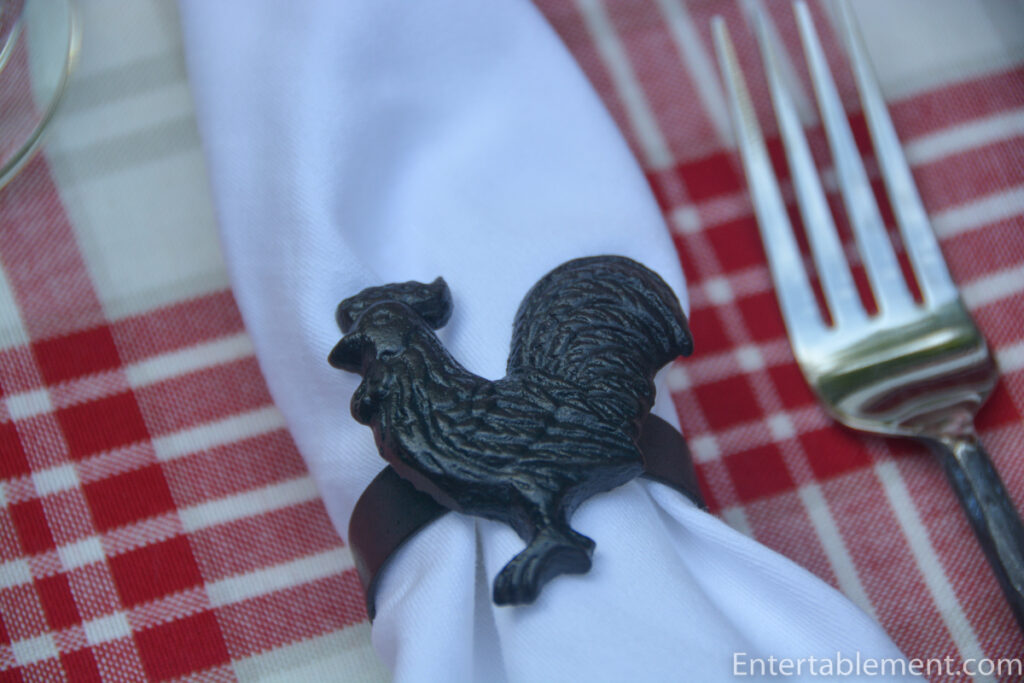 It all came together in a cheerful country table celebrating the four seasons of agriculture. 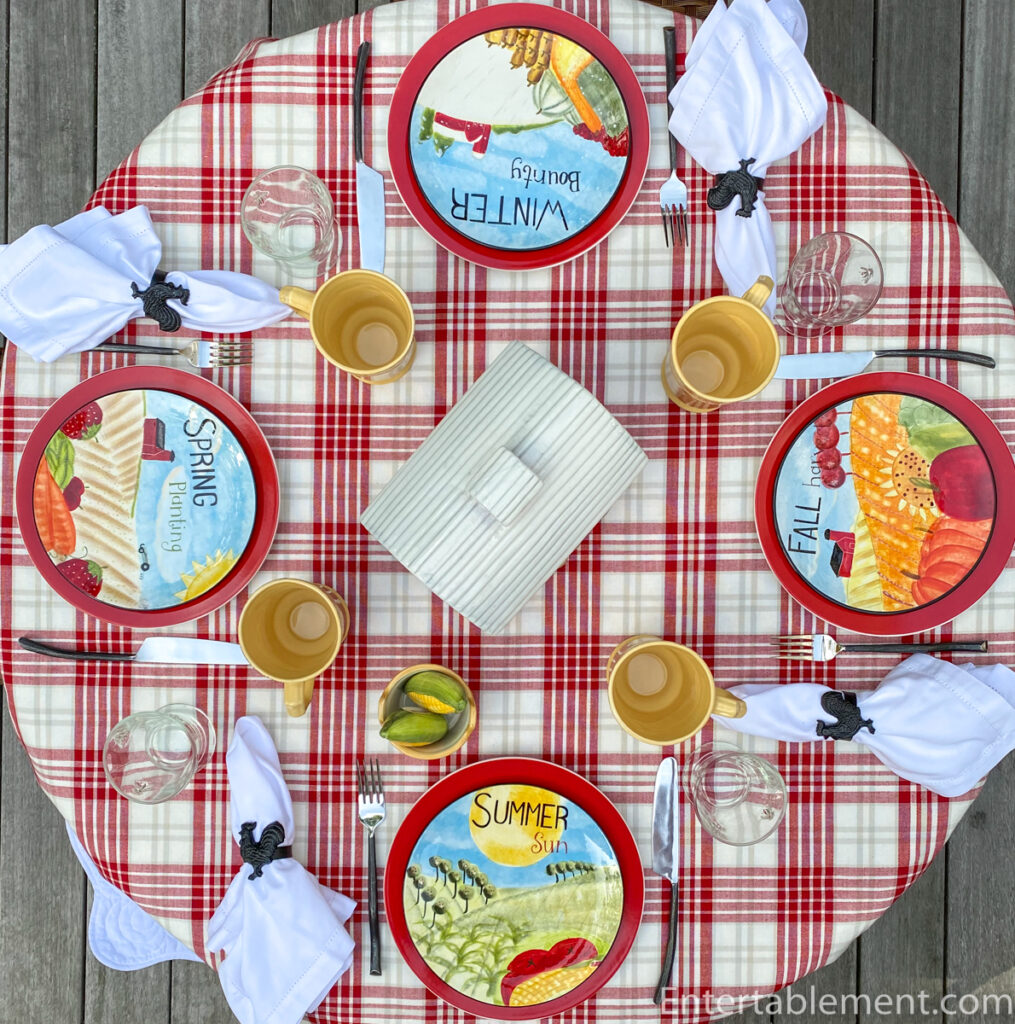