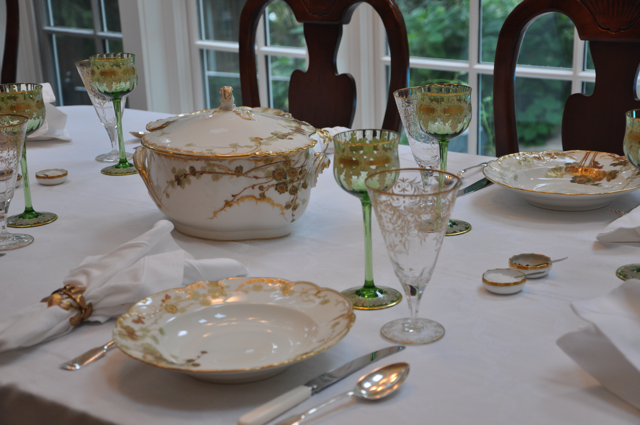 When collecting antique tableware, it’s often not possible (or desirable) to purchase an entire dinner service. Instead, by selecting within a given colourway, you can build your own service with a variety of complementary patterns that form a much more varied, interesting, but cohesive whole. The most recent addition to my “green” collection are these Aesthetic Movement soup plates with matching tureen. 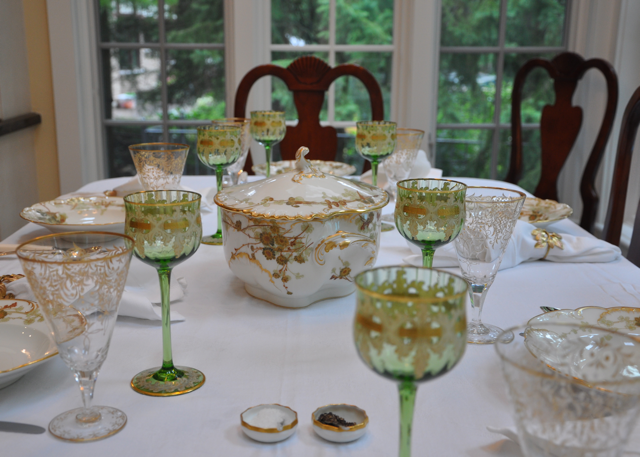 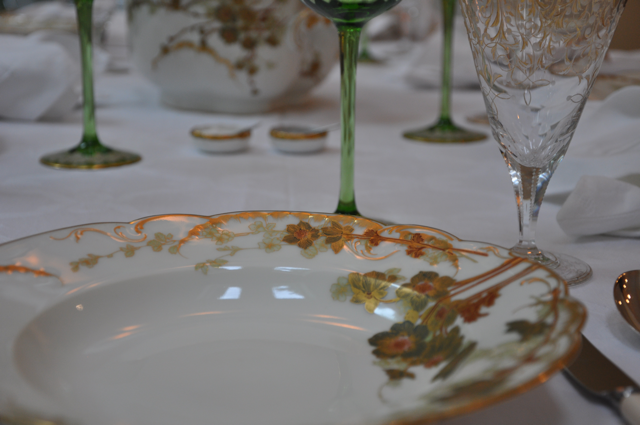 The Aesthetic Movement was a largely British genre that developed toward the end of the Victorian period (circa 1860 to 1900).  Essentially a rejection of the Victorian precept that art needed to adhere to cultural standards or convey a moral message (can you imagine??) pieces created during this period typically feature nature with a Japanese influence, have strong lines and lots of “white space”, as illustrated by these soup plates and matching tureen. 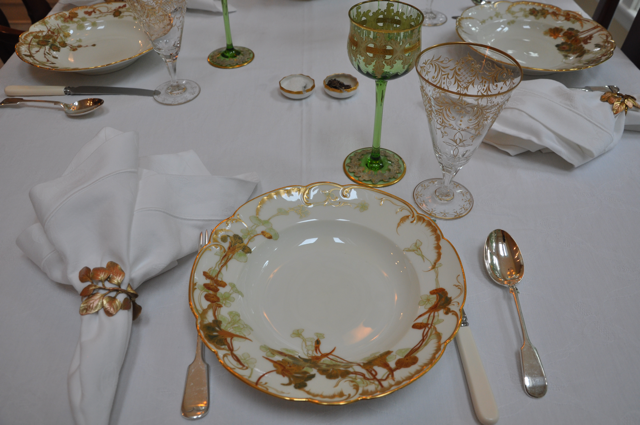 I started down the “green” track a few years ago with the set of green Moser gilded goblets shown above. Often I’m hesitant to put red wine in coloured glasses, so tend to use them for water. They’re a bit on the small side for enthusiastic wine consumers like our guests (and us, for that matter), but I plunged ahead and paired them with some clear gilded Moser water goblets. We just filled them more often. 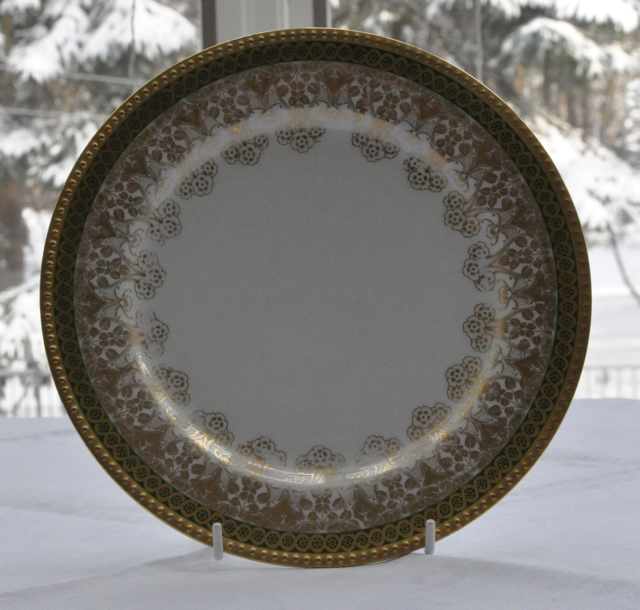 For the meal, we began with Summer Corn Soup with Crisp Prosciutto and Basil, then had a marinated, butterflied leg of lamb grilled on the barbecue accompanied by roasted mini Yukon Gold potatoes, grilled asparagus and Pear & Mint Chutney. We finished up with a latticed Apple Tart with Vanilla Ice Cream, which I served on the Limoges dessert plates shown above.

The soup plates, tureen and dessert plates are all from Elise Abrams Antiques. The green and clear Moser goblets and flatware are from Country Dining Room Antiques.  The open salts are from Vintage At Chirp. The napkin rings are from Chintz & Co. The tablecloth & napkins are from Au Lit.