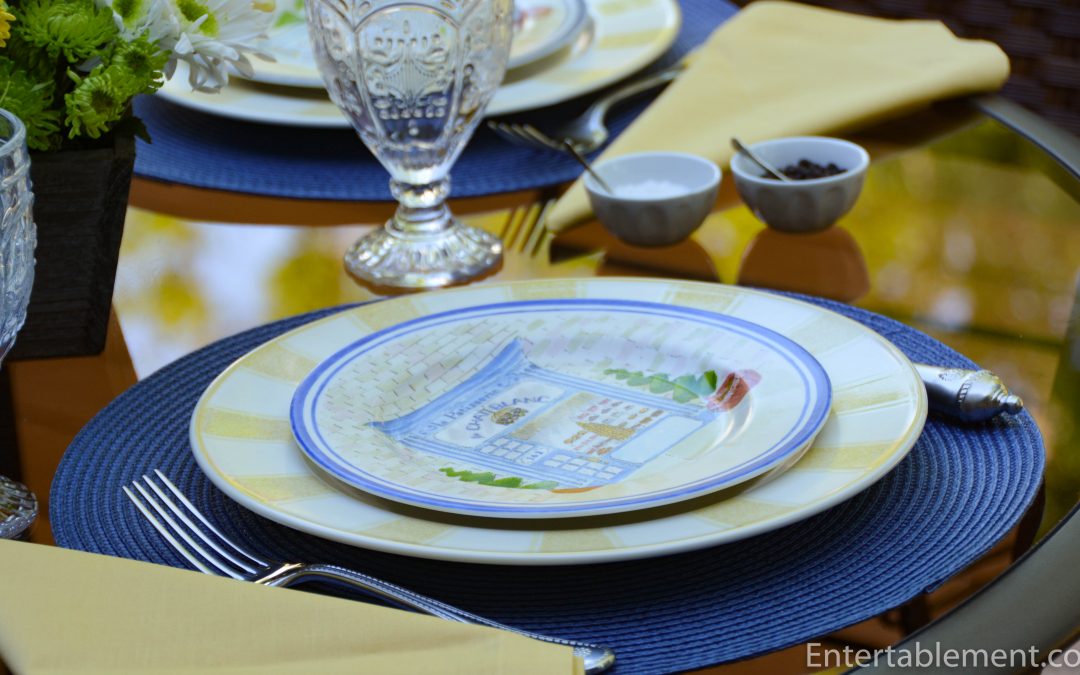 Blue and white is a quintessential summer combination. Especially in France. So what could be more appropriate than French Bistro salad plates by American Atelier? 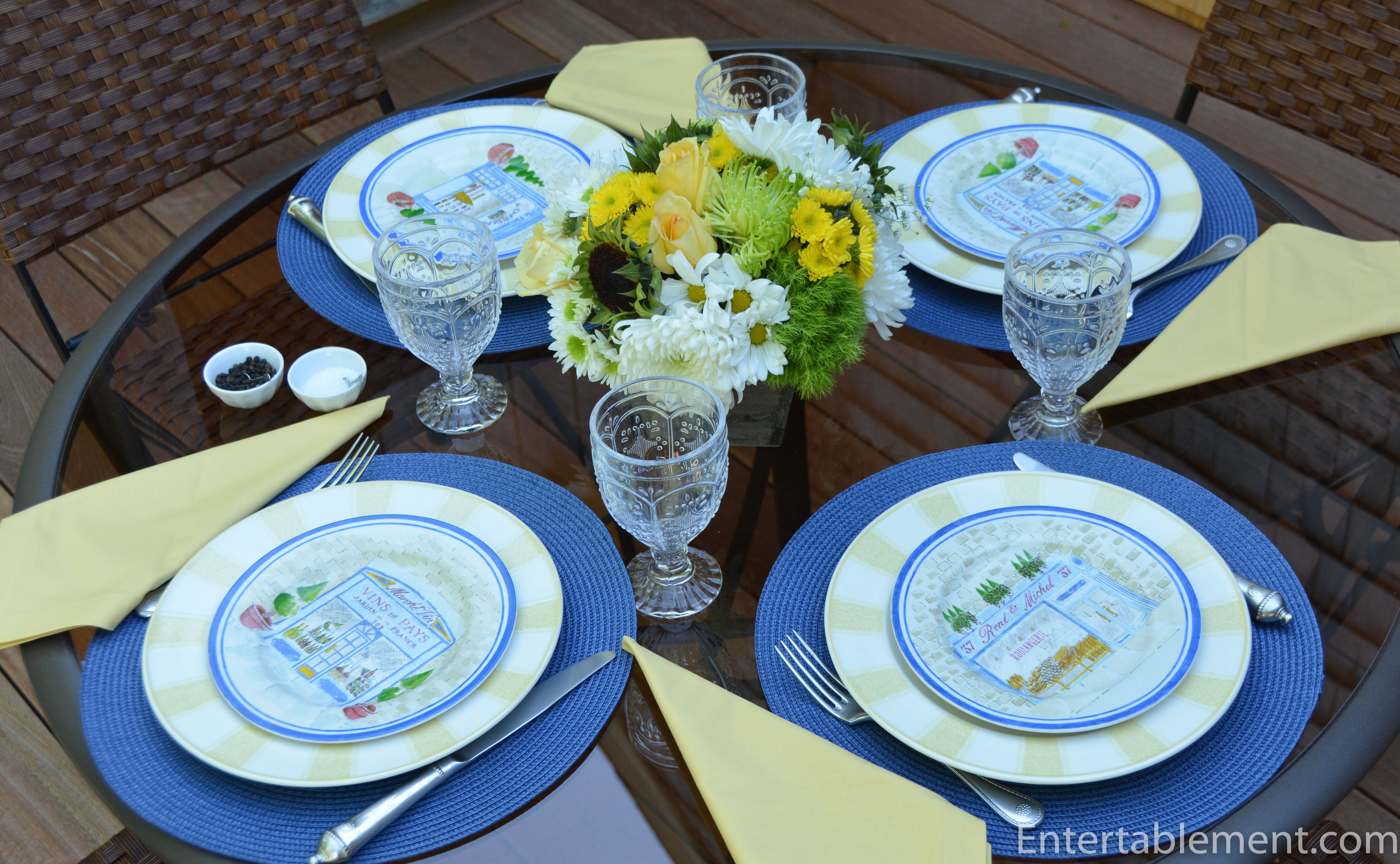 I bought several of the dessert plates several years ago, and have never got ’round to setting a table with them until now. It’s been so warm and sunny, I was inspired to channel a Provençal Bistro. Now, if only my daughter Lauren were here with some croissants… 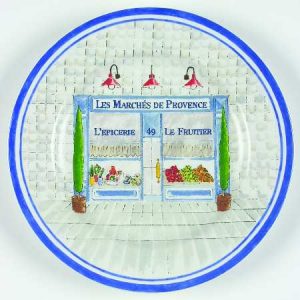 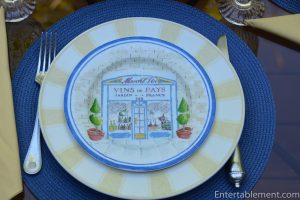 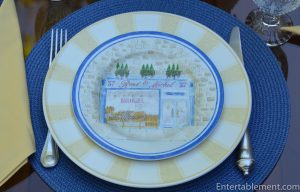 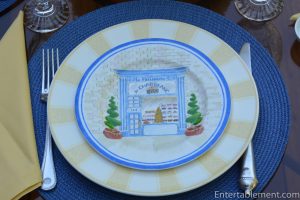 The pattern was produced from 2002 to 2005, and when I got the plates from Replacements, they had only three of the four salad plates in stock. I see they’ve  got the fourth one, Le Fruitier, now. 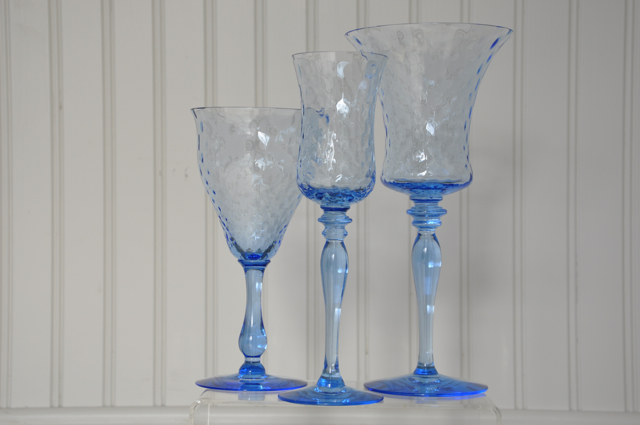 My original thought was to combine the plates with some fairly vivid blue antique glasses I have, as the blue on these plates is a bit, er, vigorous also. It’s startlingly blue, and more difficult than I had anticipated to pair with anything. The glasses do go nicely with these plates, so I’ll give that a go next time. 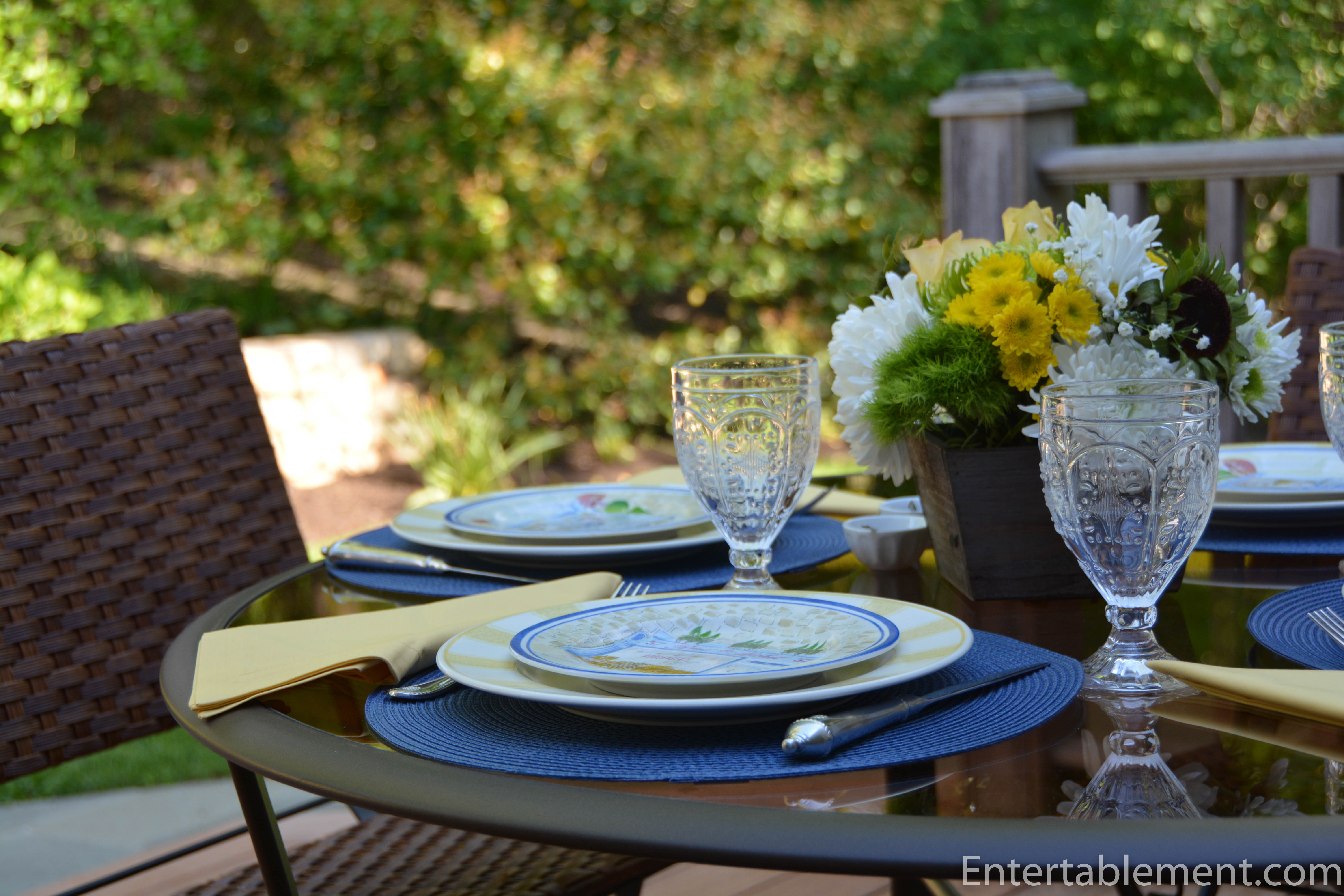 Instead, I went with a slightly more subdued French blue placemat from Pier 1 (I think they call it “Indigo” now), and a yellow striped dinner plate, also from Replacements. It’s Broadway Yellow by Mikasa. They had only 7 in stock at the time of purchase, and as they were a very reasonable price, I got all of them. That pattern had a very short shelf life by the look of it. It came and went in 1999. 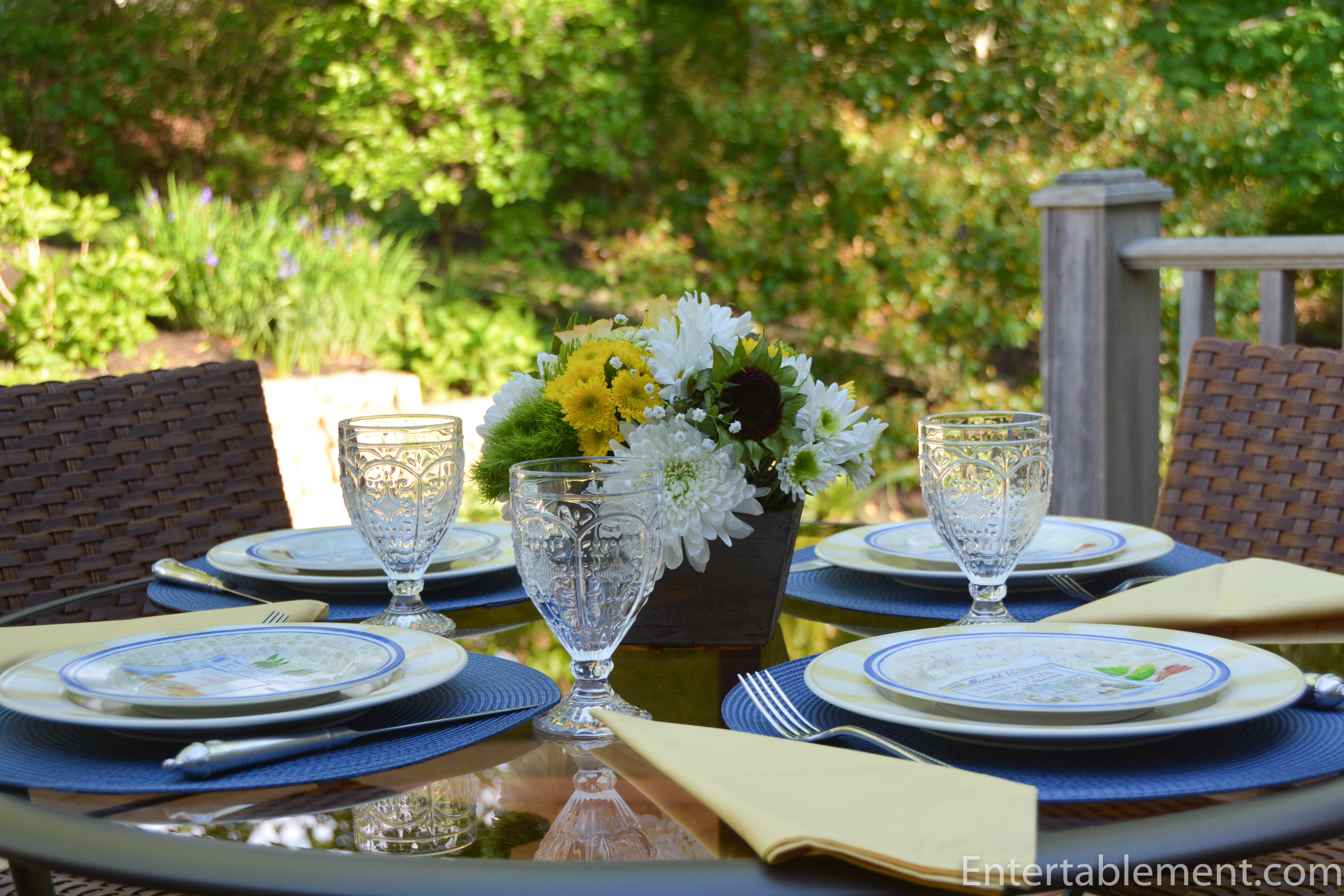 I styled the rest of the table fairly plainly, in order to avoid the carnival look.  The plain yellow napkins from Williams Sonoma are “Vine Floral Boutis Napkins in Jojoba”, but those appear to be discontinued.  They do have these available now, but I can’t say how close they are to the ones shown. 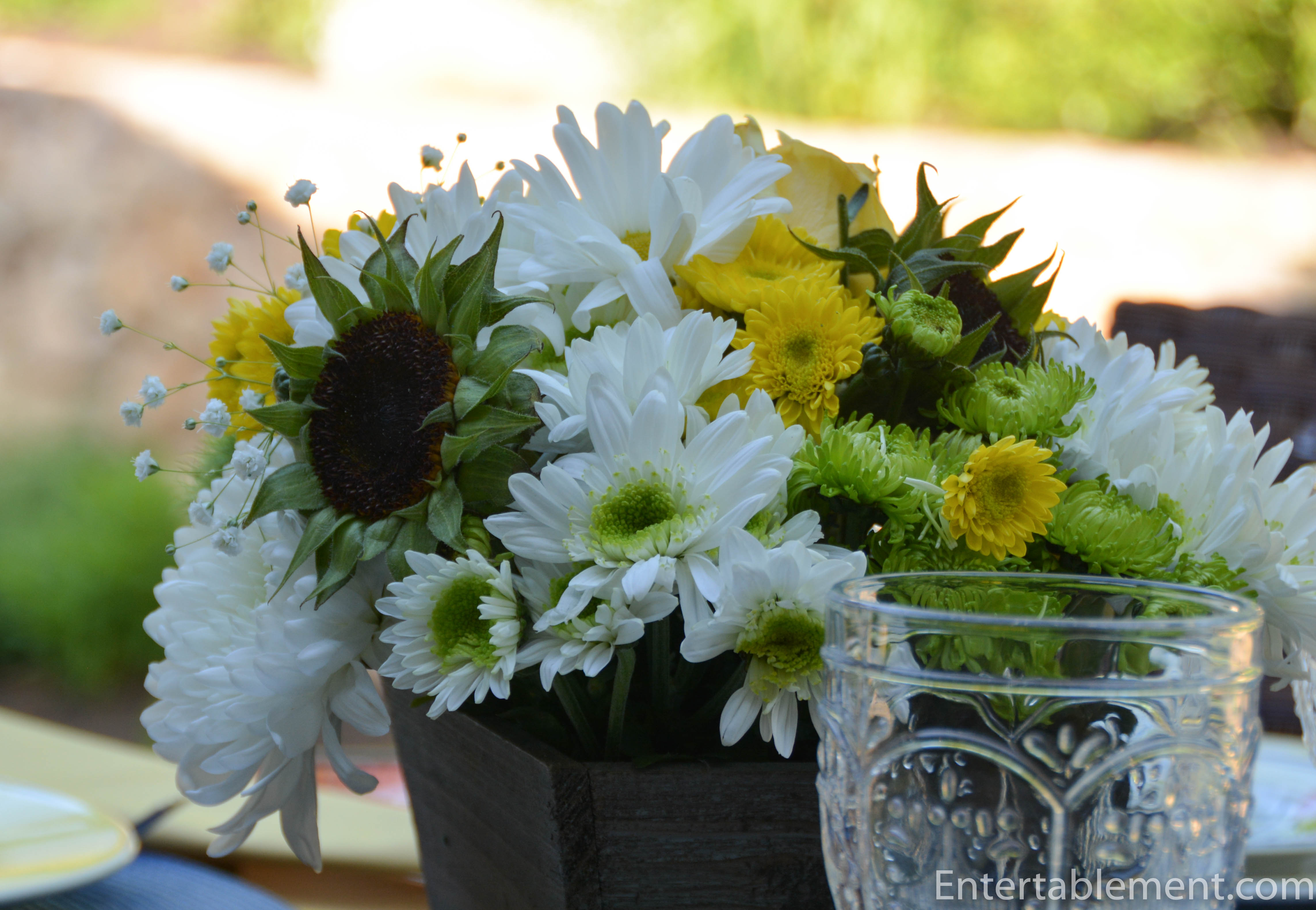 I was intrigued with the green sunflowers which were included in a mixed bunch from Trader Joe’s. I’ve never seen green sunflowers before, but I really liked them! The green, white and yellow combination was just right for the table, and two bouquets were more than sufficient to fill a plain wood planter box. 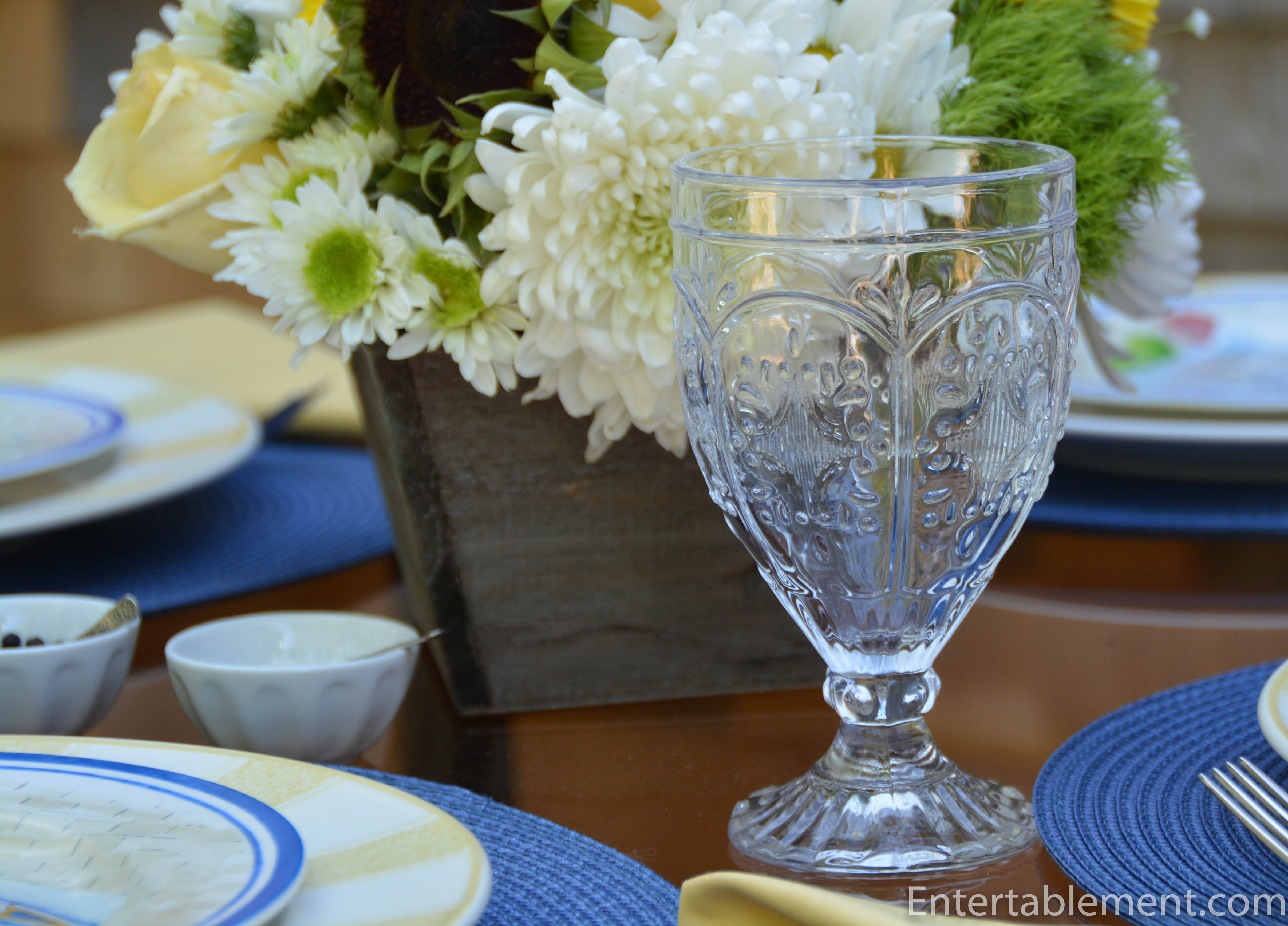 The glasses are Trestle by Fitz and Floyd. I got mine at Amazon.com, but Bed, Bath & Beyond seems to have the best price right now. 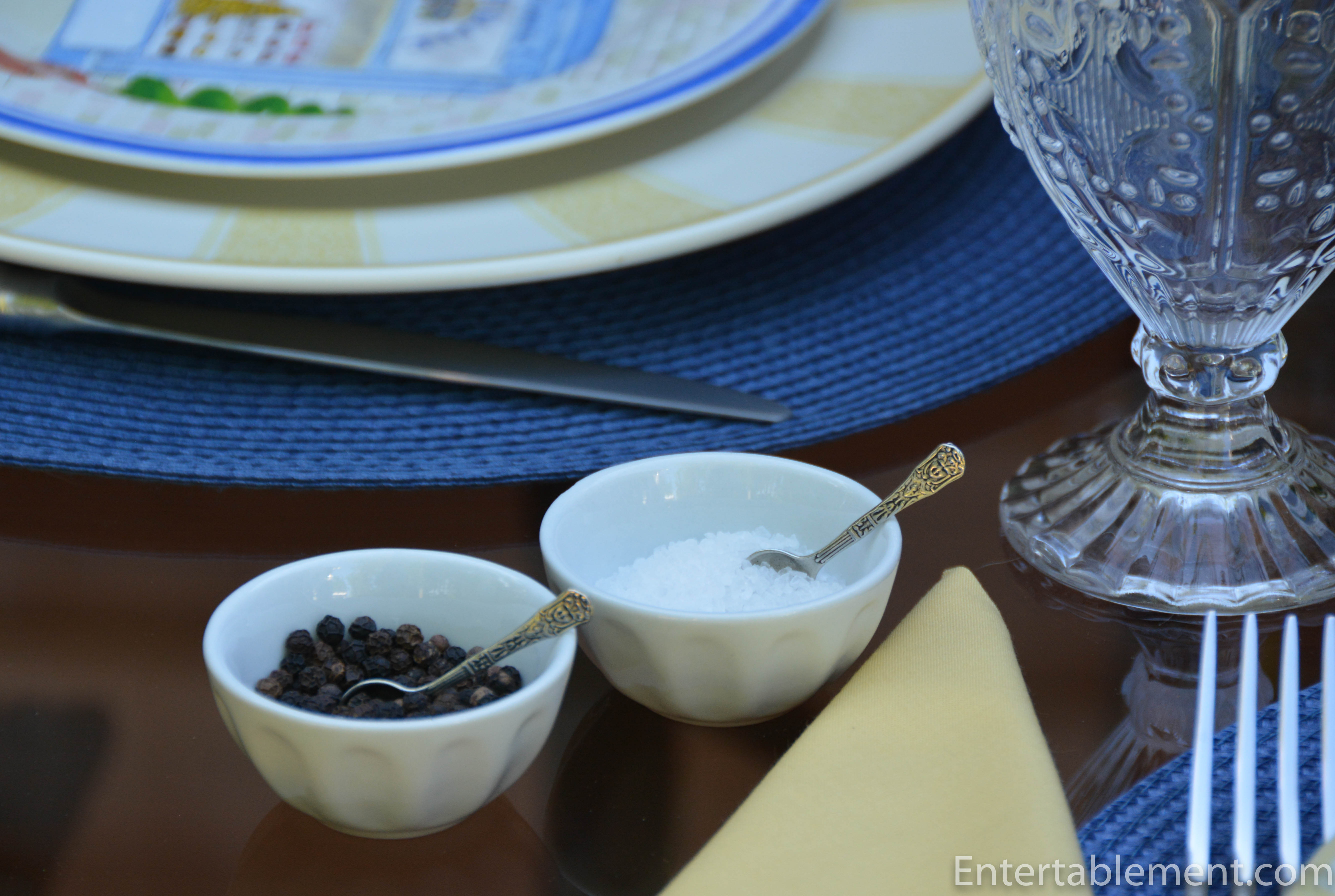 The little open salts are condiment bowls that I picked up years ago. The small pewter spoons came with the shell open salts I often use. 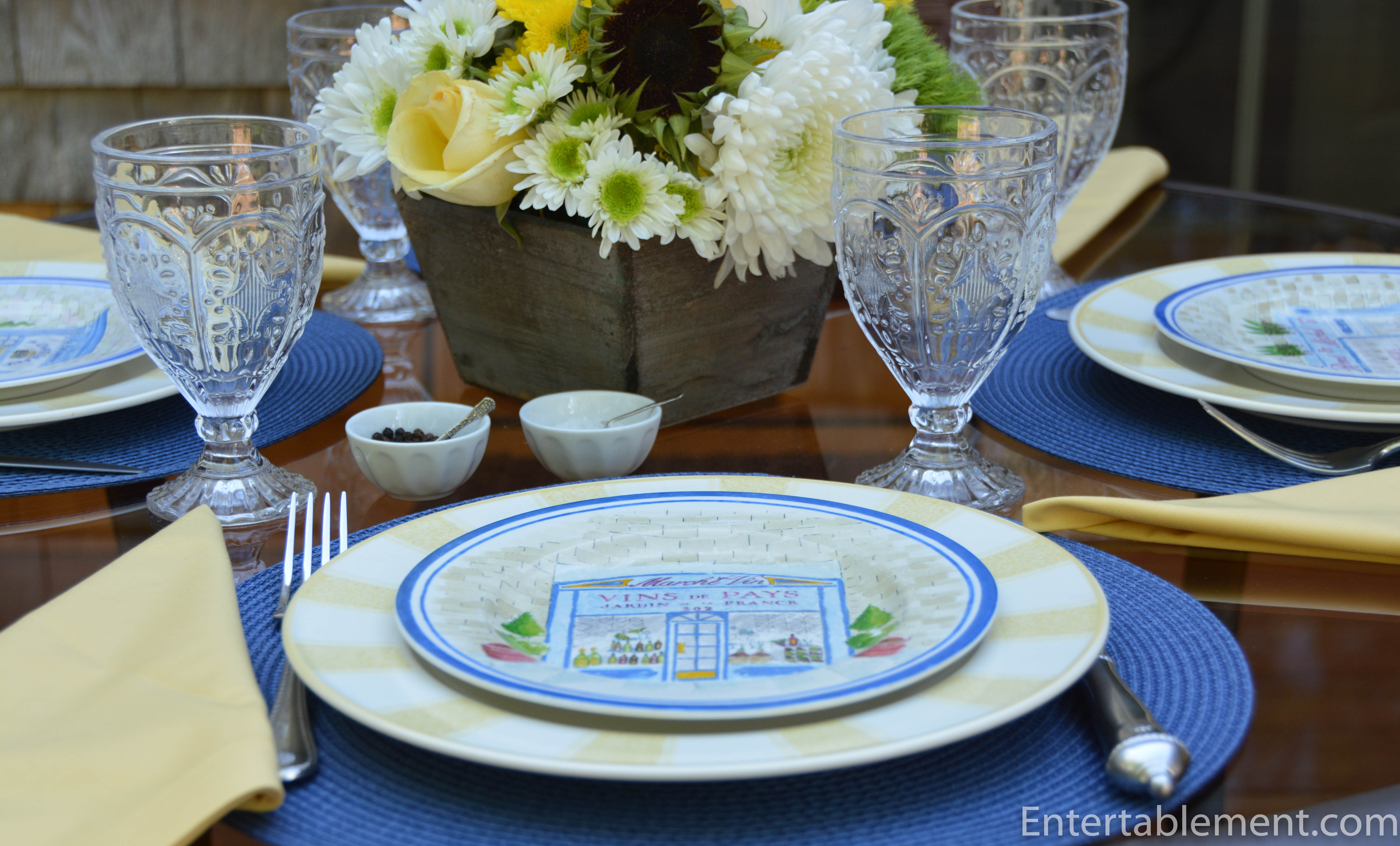 The cutlery is Berry and Thread by Juliska. It’s a go-to favourite. I really like the satiny finish and it has a lovely weight in the hand. 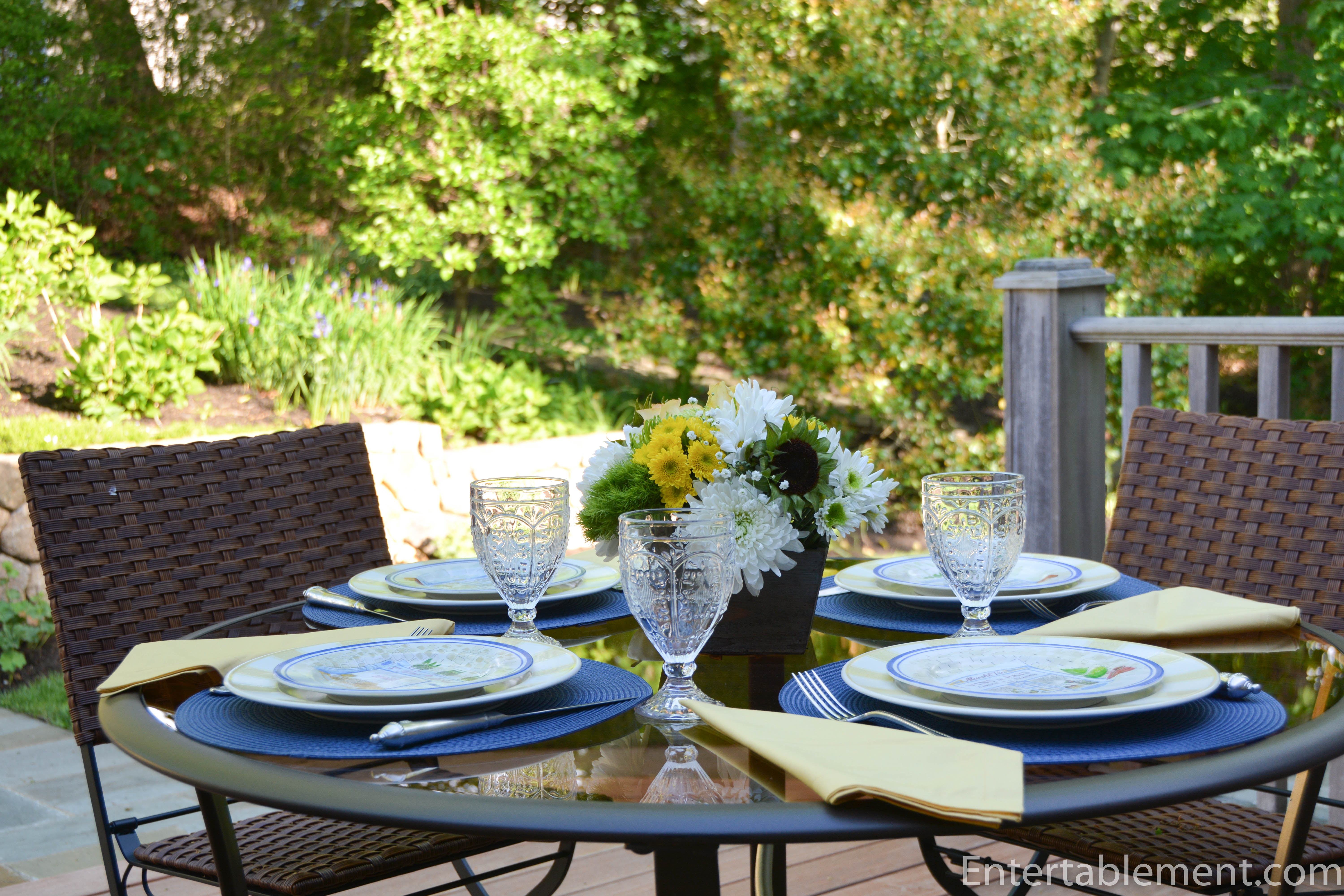