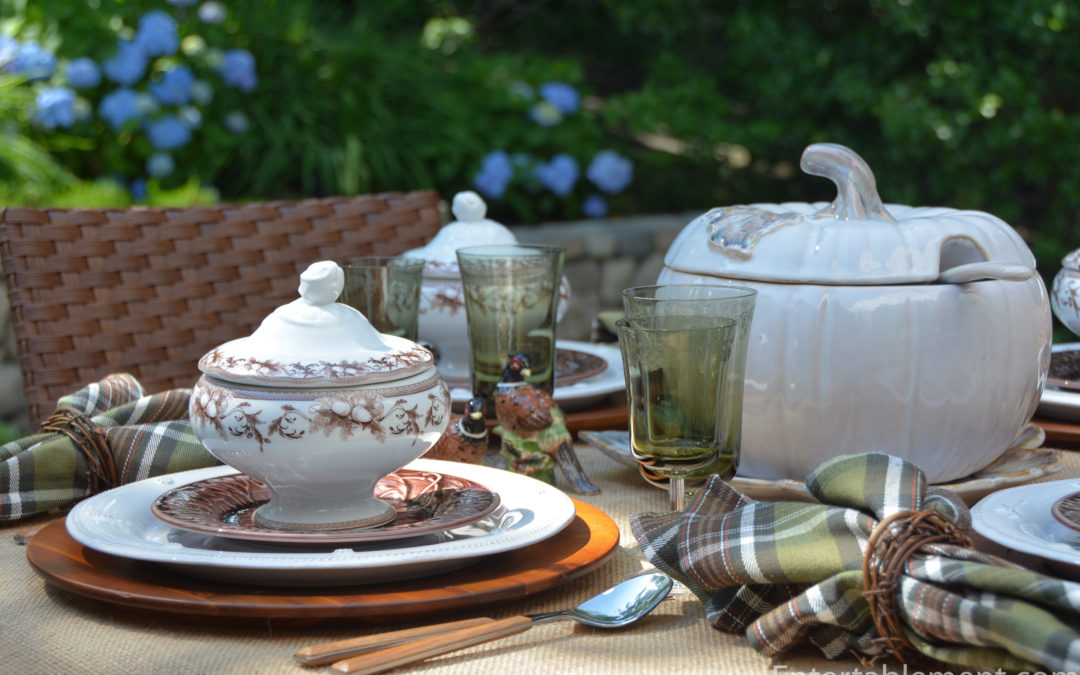 Soup tureens amp up the elegance factor in even the most casual meal. 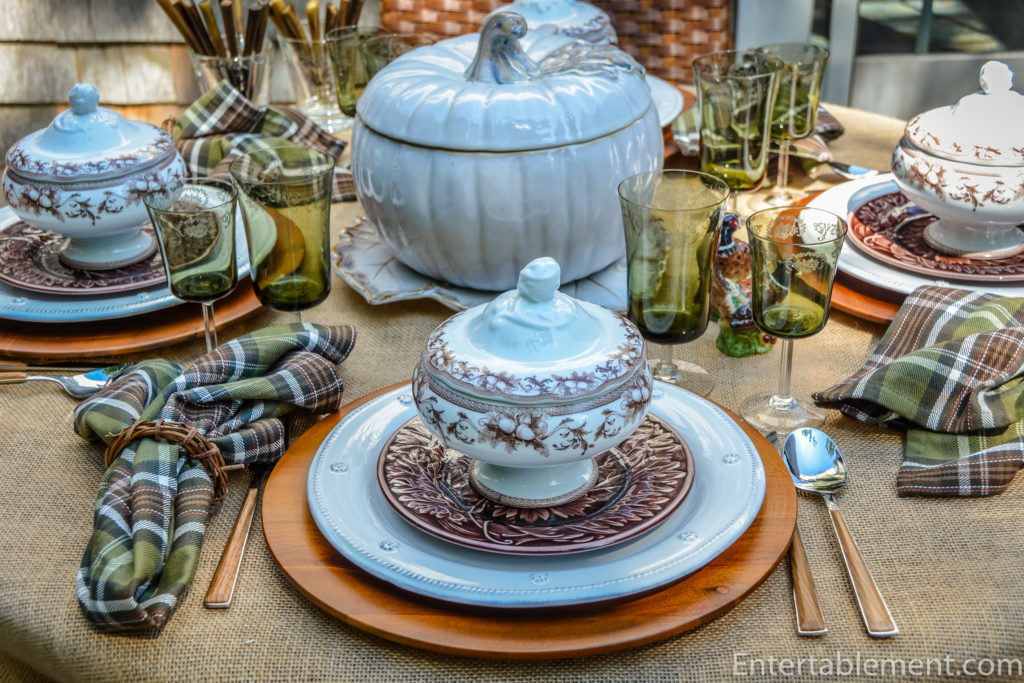 Individually sized tureens are also known as “covered soup bowls”, they come in all shapes, sizes and colours. I have an especial weakness for them and have to restrain myself whenever a new crop arrives. They’re so inexpensive these days that it’s easy to get carried away. 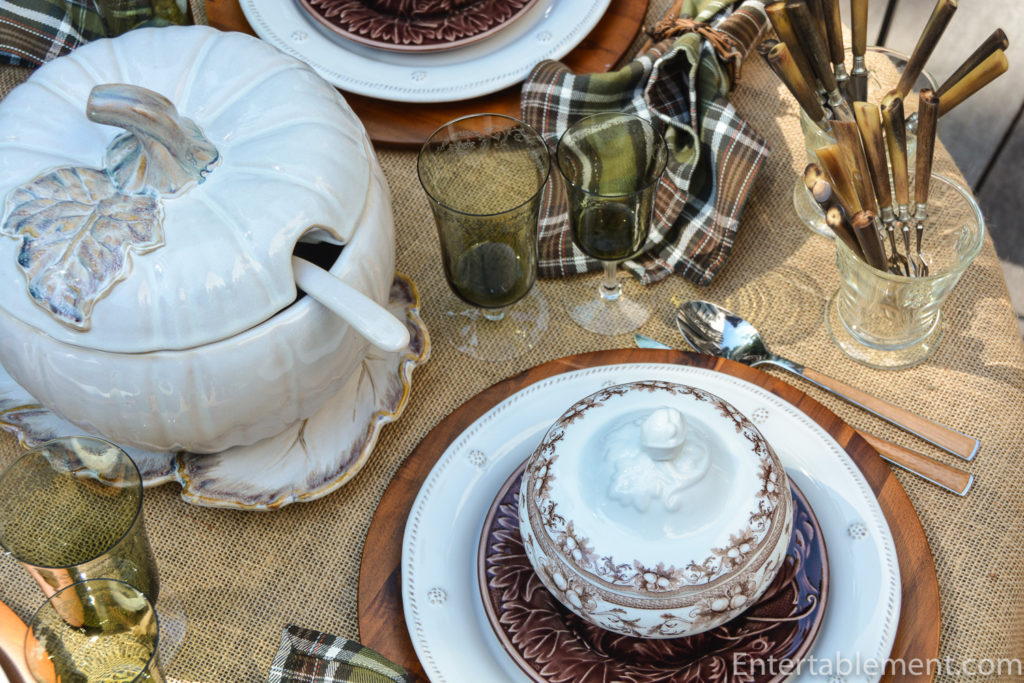 I almost indulged in some very nicely priced tomato-shaped beauties Pier 1 had on offer this summer but managed to catch myself. They take up a lot of storage room and aren’t easily stacked like plates. This lids can be problematic, as the finials get easily damaged if they’re not put away with sufficient care. 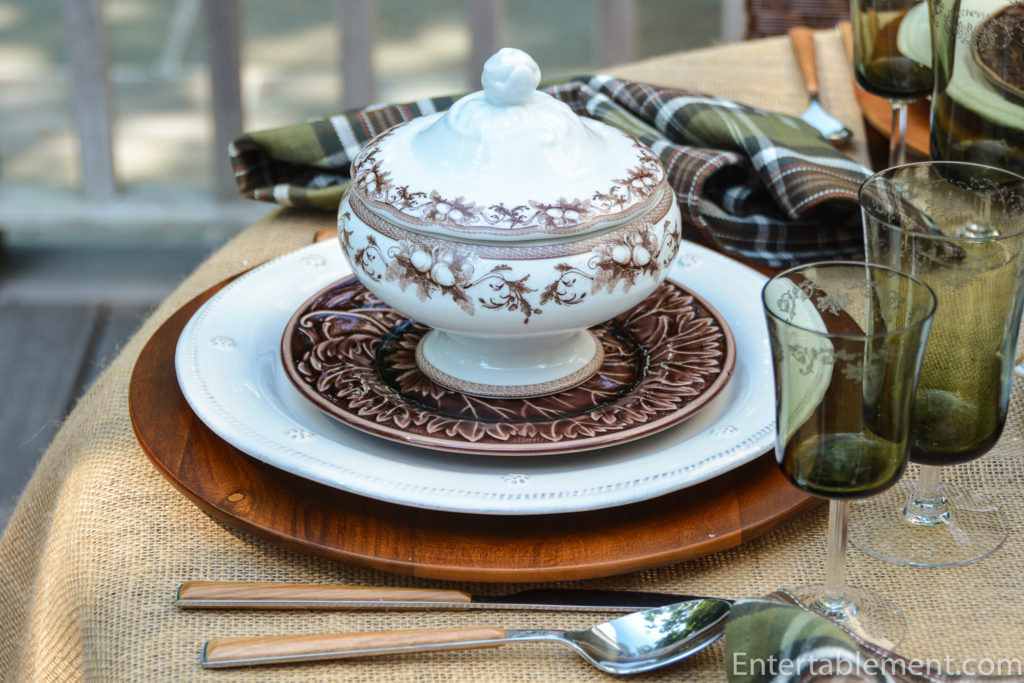 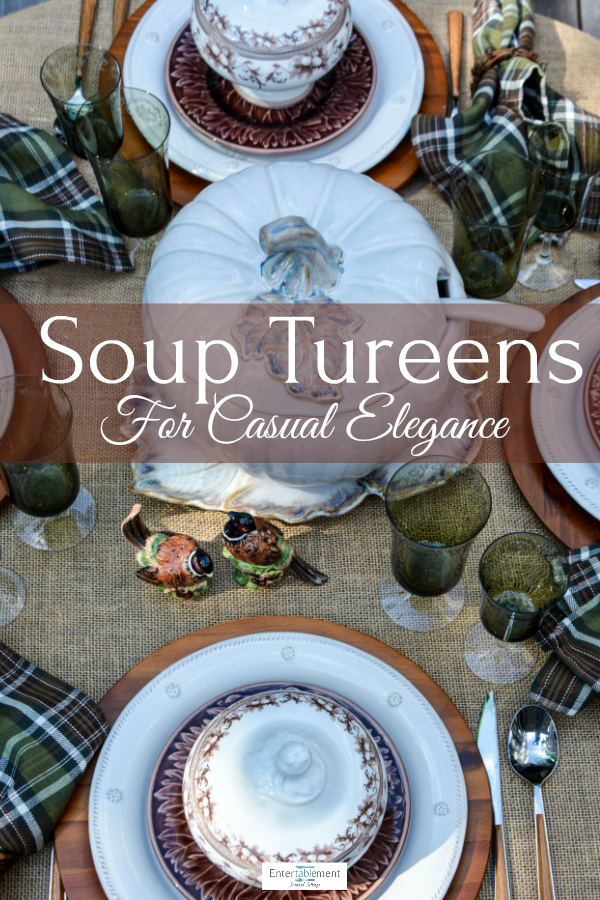 These Turkey brown transferware tureens were produced by Williams Sonoma around 2010, and I managed to snag a set of four on eBay a while ago. They came in the original box and didn’t appear to have ever been used. I found the pattern on Replacements a few years back, but they’ve never had any in stock. The botanical pattern on the edge of the tureen lends itself to all kinds of table combinations, not just for fall. 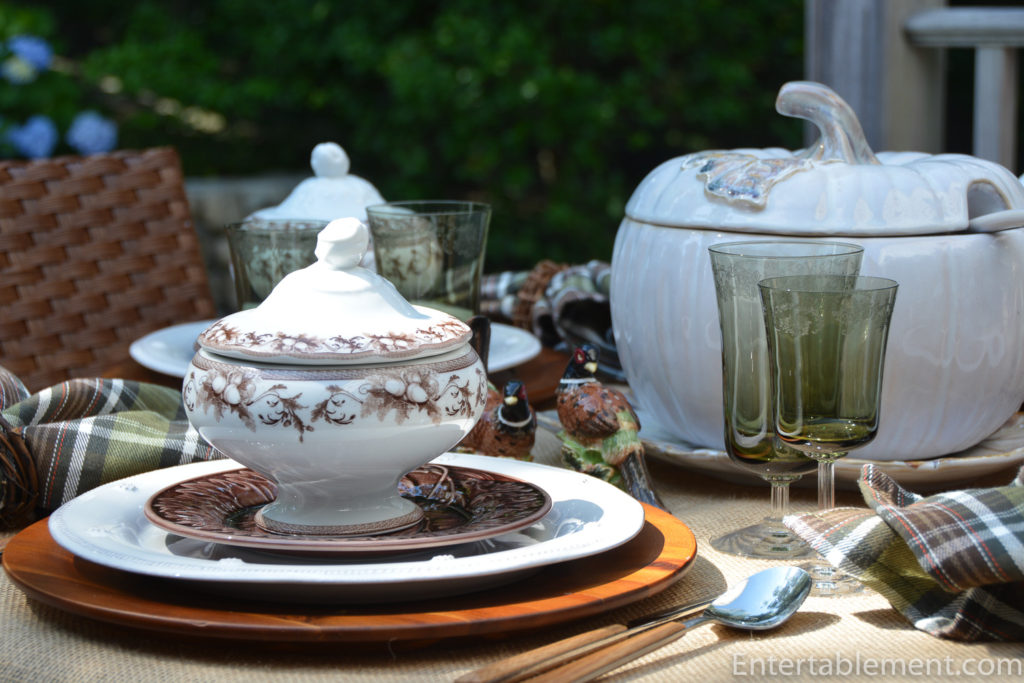 I teamed them up with a white pumpkin full-size tureen from Pier 1 this year and used their leaf platter as an underplate. There are individual pumpkin tureens in the pattern, and everything is currently on sale if anyone wants to get a jump on their Thanksgiving table preparations. 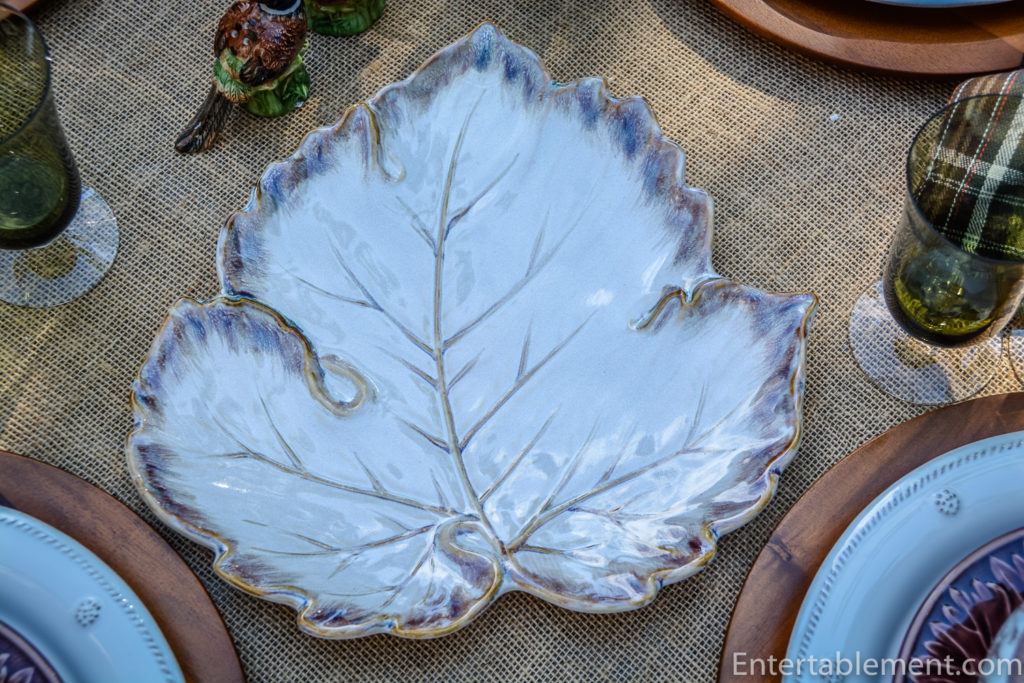 The detail and veining on the platter coordinate really well with the stem detail on the tureen lid. The tureen comes with its own ladle, too. 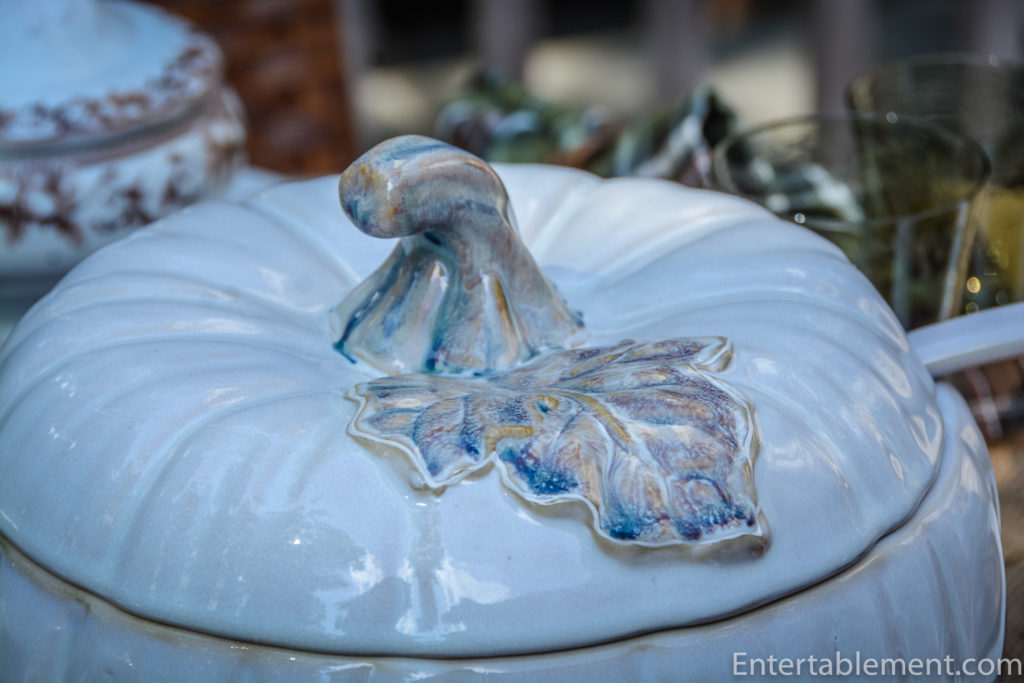 A pair of Spode Harvest pheasant salt & peppers trotted in to see what they might scrounge by way of food. 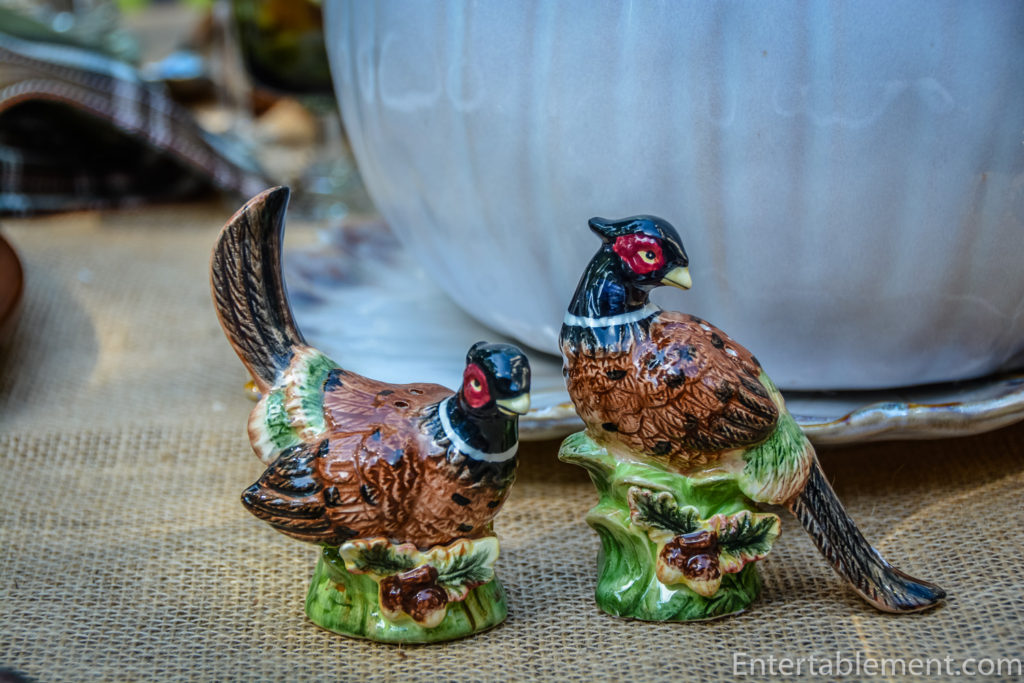 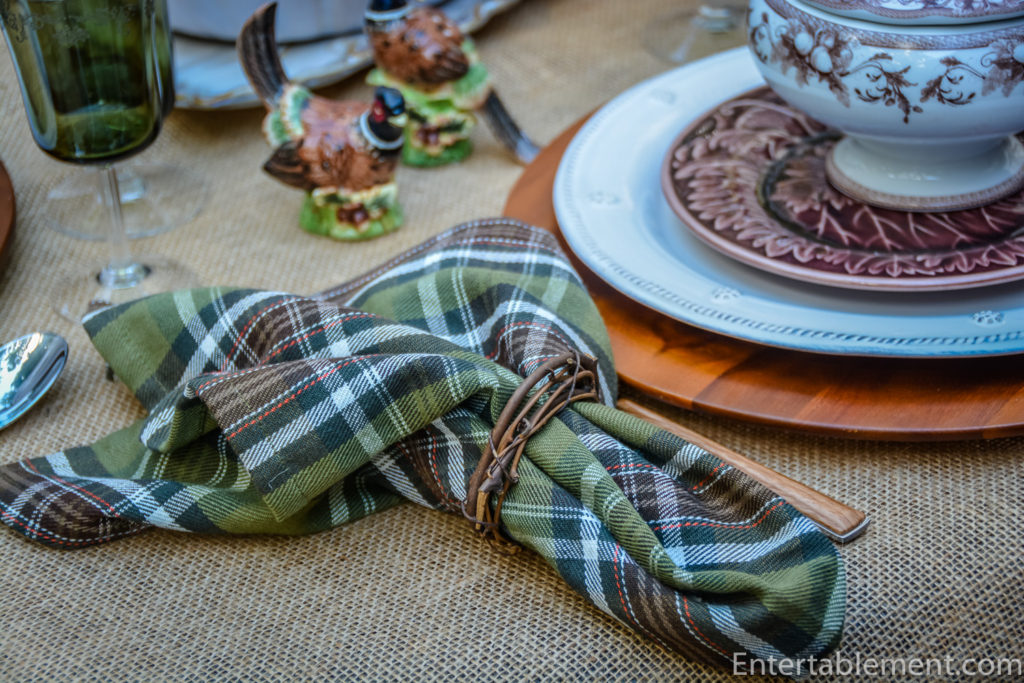 The Acacia wood chargers, the Sawyer flatware and the grapevine napkin rings continued the woodsy theme. 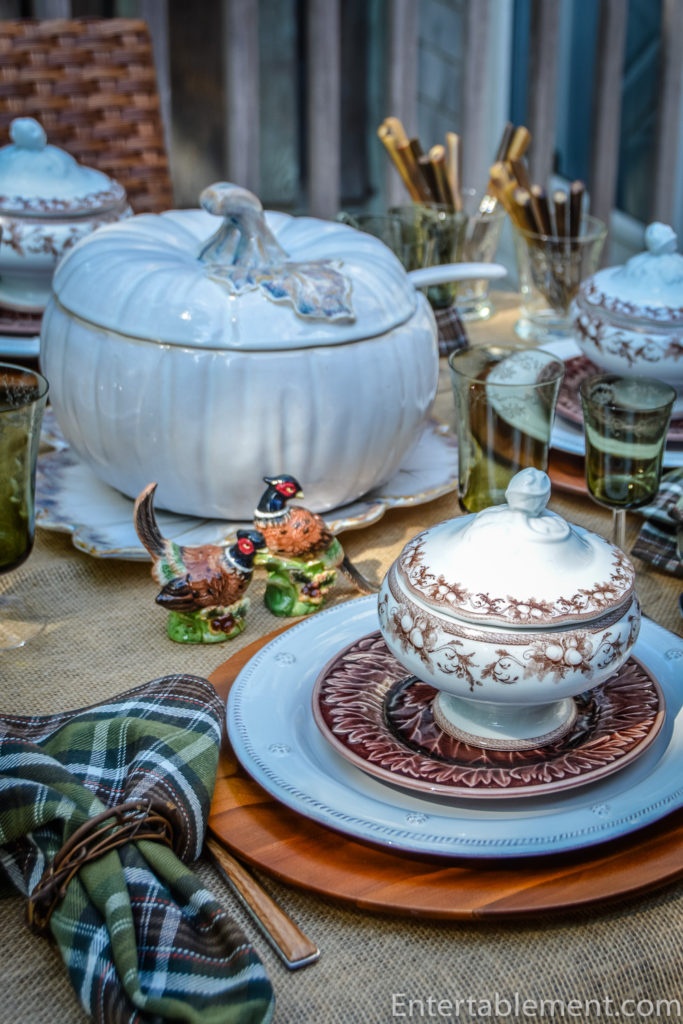 I picked up these vintage French horn-handled dessert forks & spoons from Etsy last year. I love them for a cheese and fruit course at the end of a meal, or for handling small appetizers that are bigger than bite-sized and need a bit of utensil assistance, 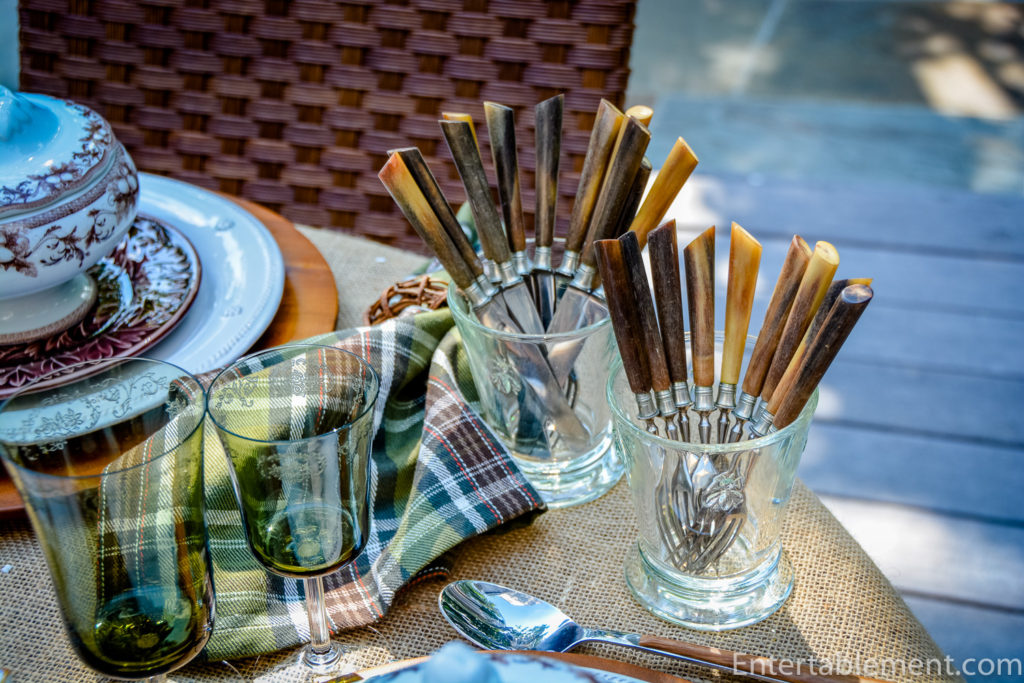 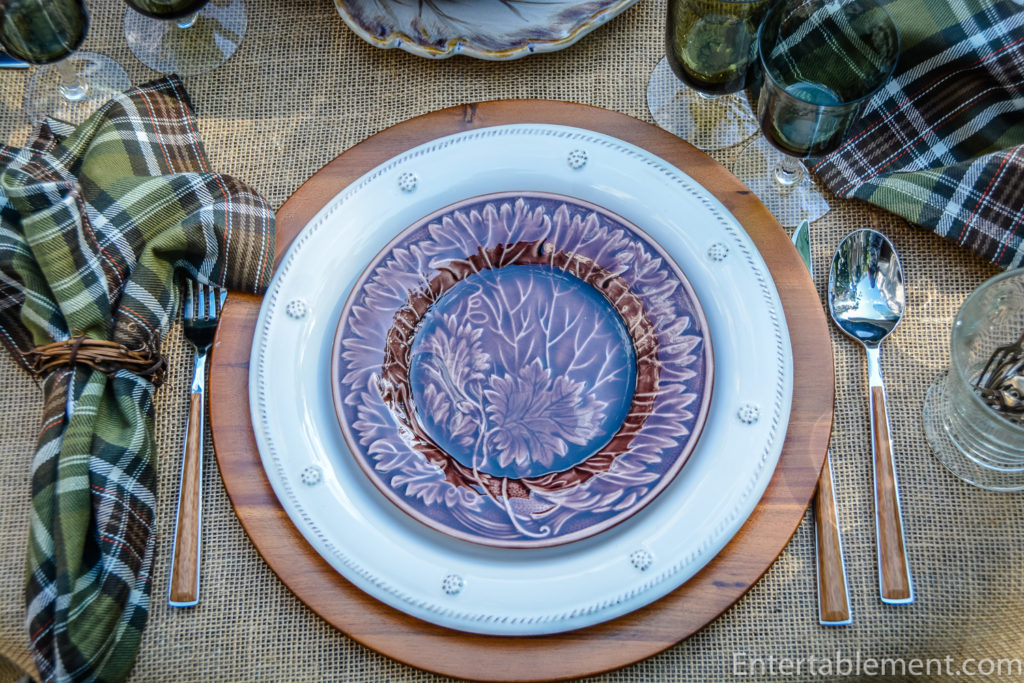 The Cameo Green Depression style iced tea and water glasses are actually from the 1970s. Produced by Fostoria, the slightly grey undertone to the green coordinates well with the napkins. 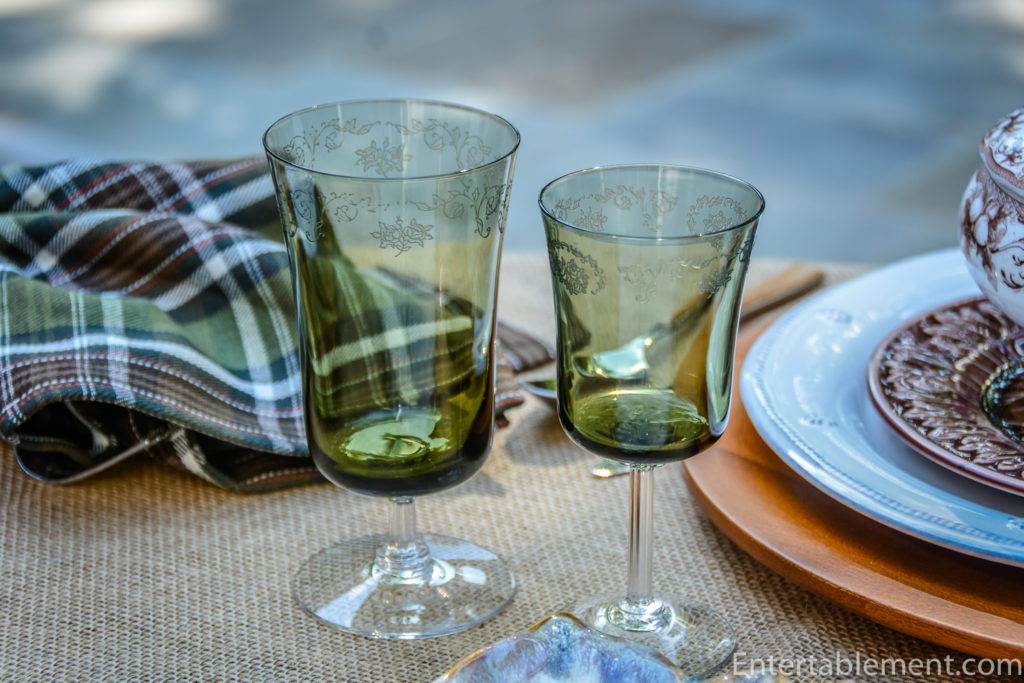 A fairly restful palette for a sunny fall day, don’t you think? 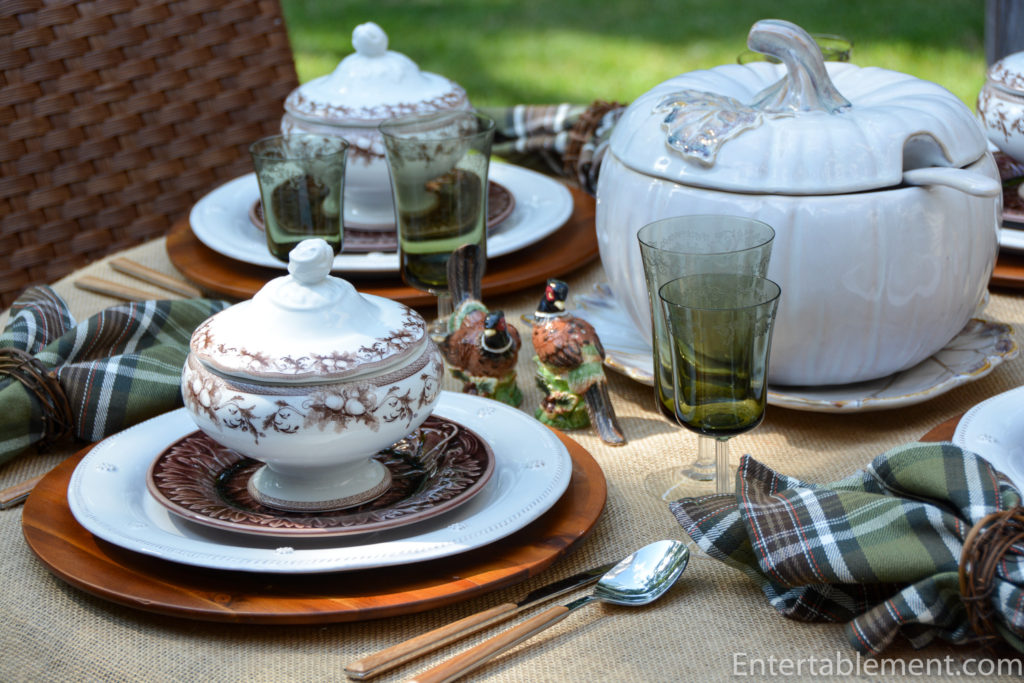 Now, what kind of soup to serve? I’m always game to try out some new recipes. I loooove soup and when I make it, I usually do a triple batch so I can freeze a bunch in 4-cup containers. They’re my go-to for lunch during the cold months. Time to start stocking up on Butternut Squash with Apple, Sage and Bacon, Broccoli Soup with Mustard Seeds, and Tomato Soup with Dill. Once it gets a bit colder, Split Pea simmer made with a ham hock is a must. 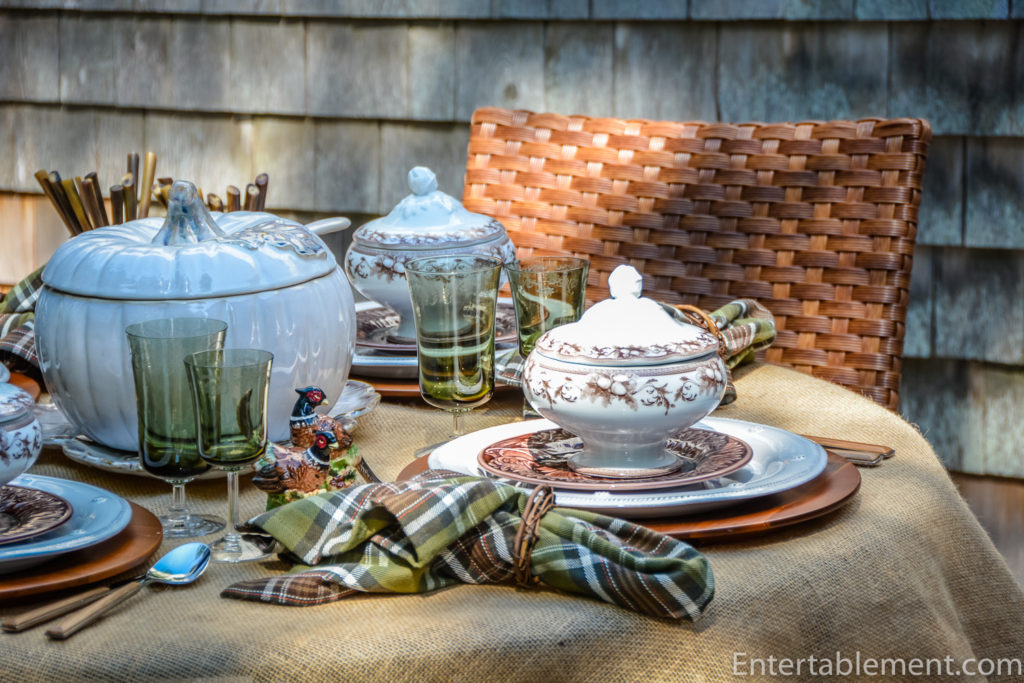