Psychedelic Sightings in the Woods 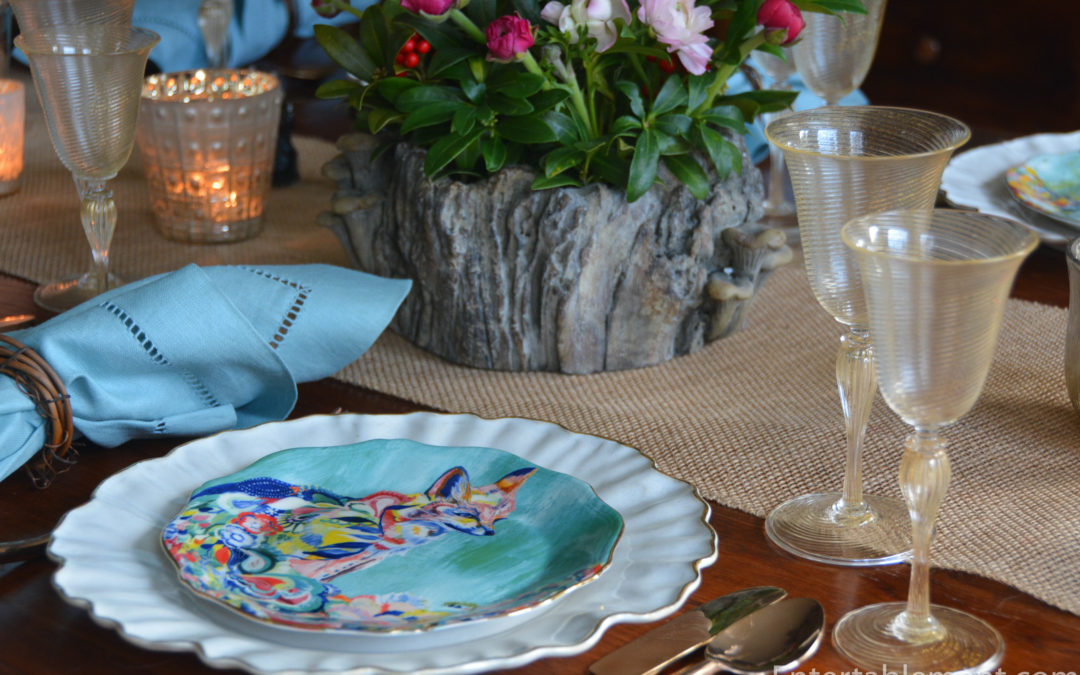 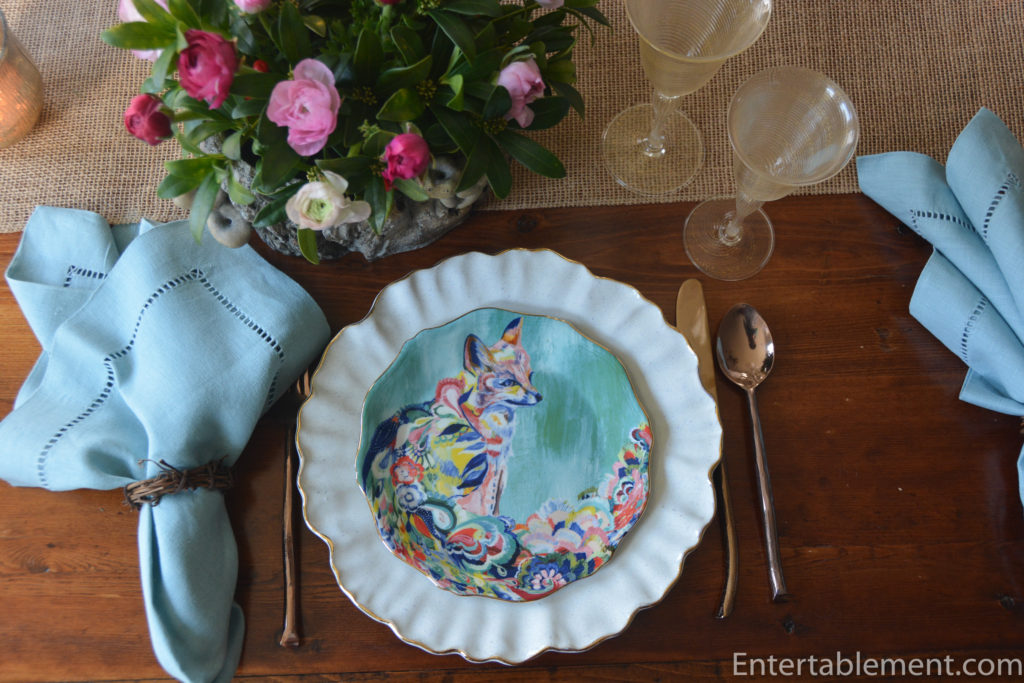 Anthropologie brought us Mooreland by artist Starla Michelle Halfmann a few years ago. A little zany and a lot colourful, these imaginative renderings of wildlife creatures make an unusual table. 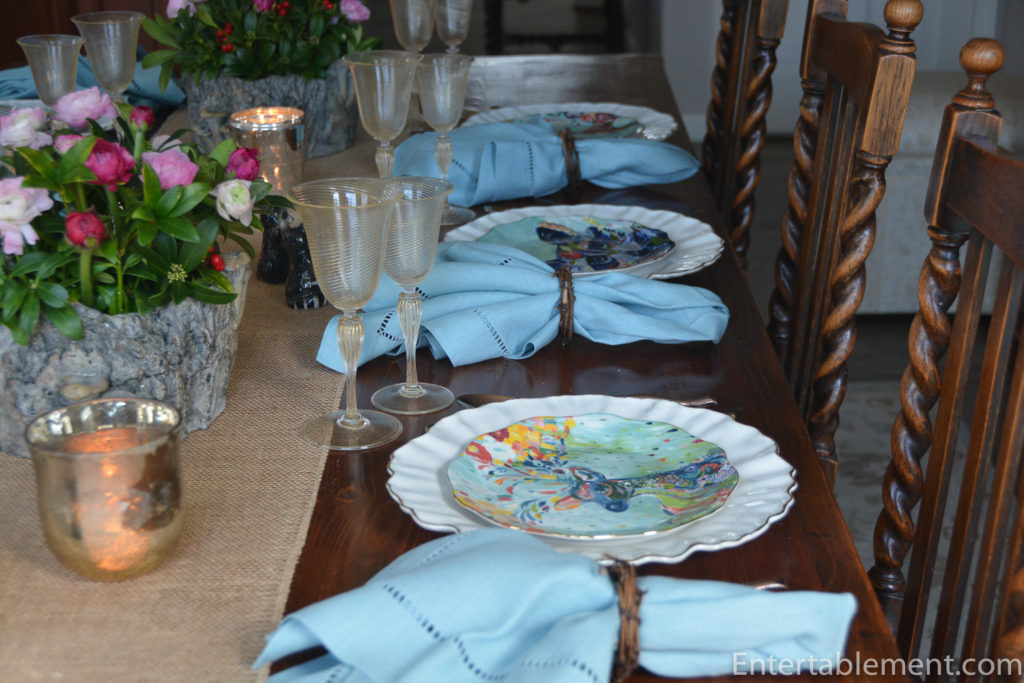 The first series of plates features aqua backgrounds and in addition to the charming fox, includes a very cheeky racoon, 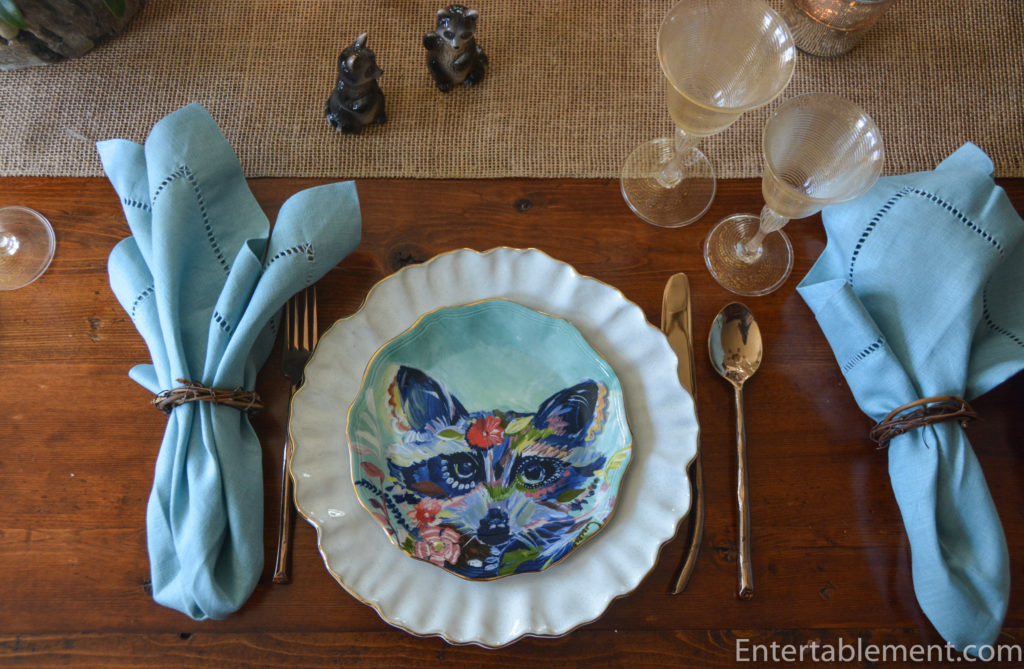 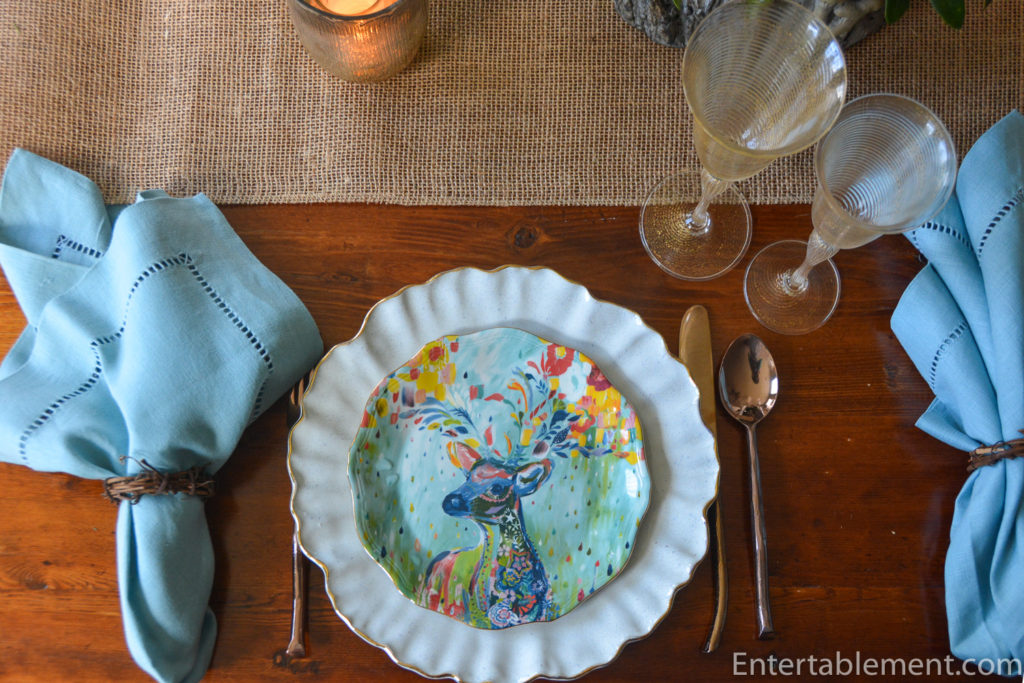 A pair of owls – don’t they look wise? 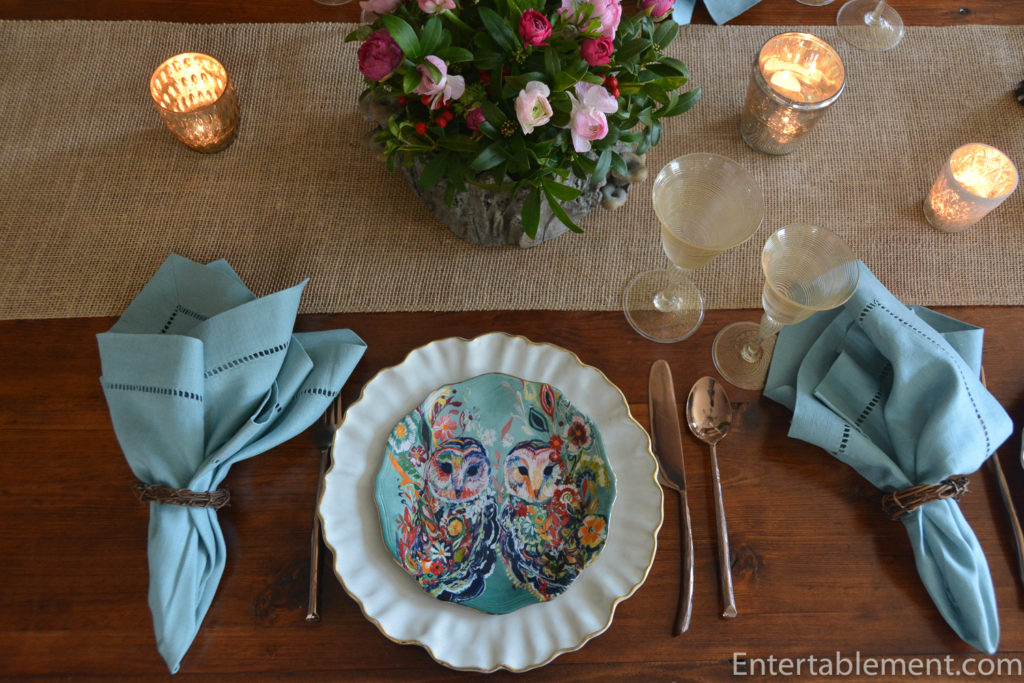 And a pair of deer. 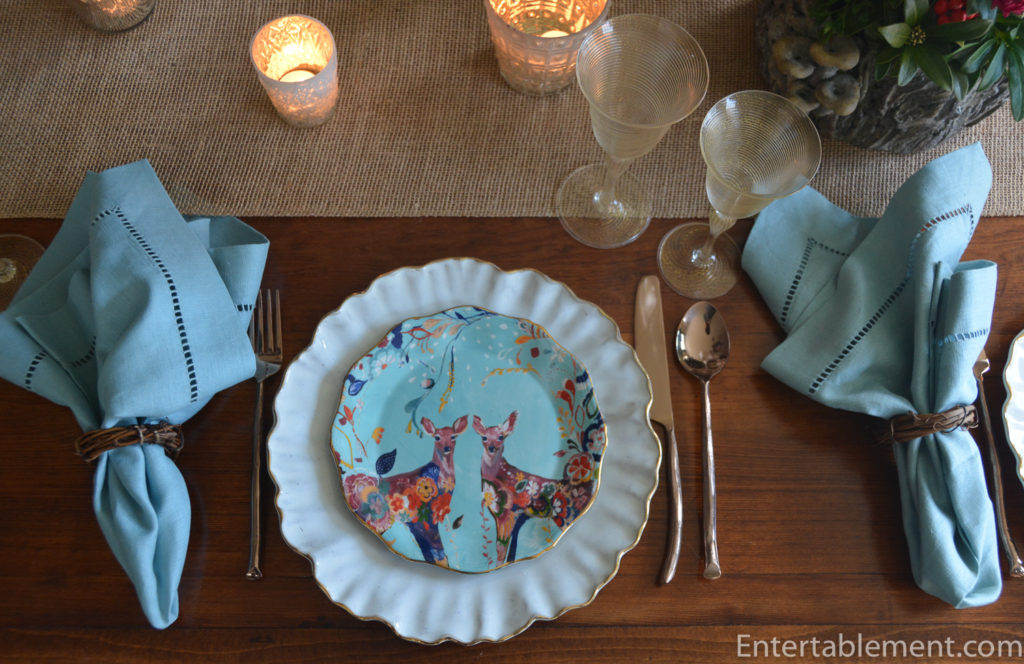 Yes, I know, five is a weird number, but I think they issued four in one group, followed by a multicoloured series that included one aqua plate. The other three in that series have coral and red backgrounds – very striking. I bought these in dribs and drabs on eBay, so ended up with eight aqua plates and a few of the other colours. 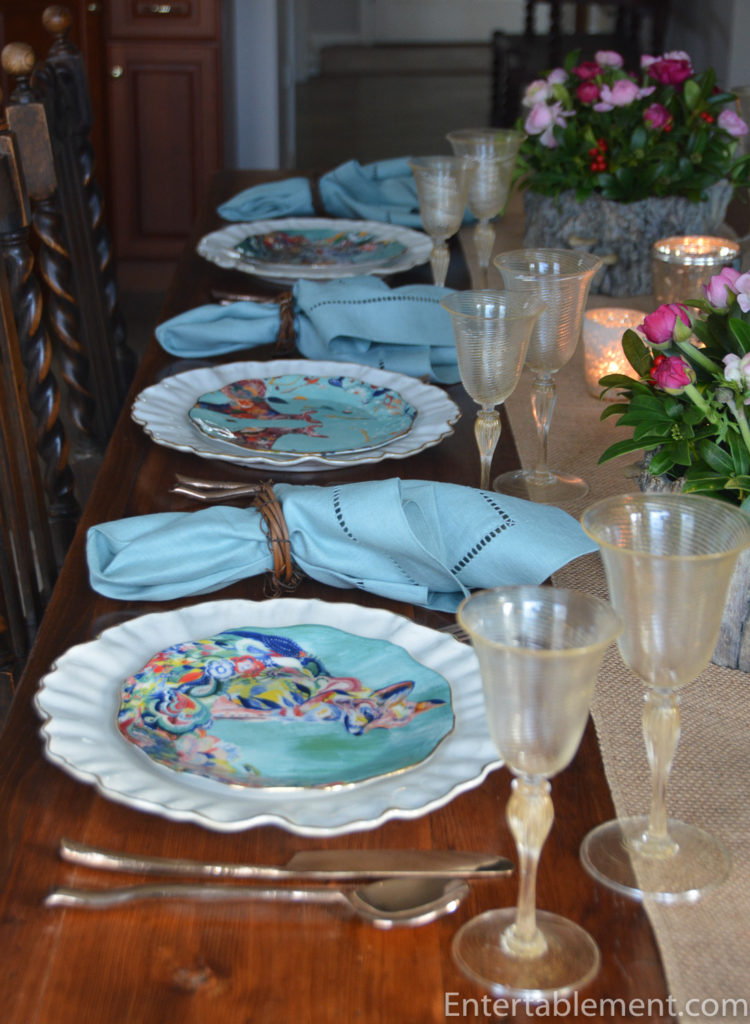 They were more difficult to style than I’d anticipated. It was hard to find a visual rhythm. 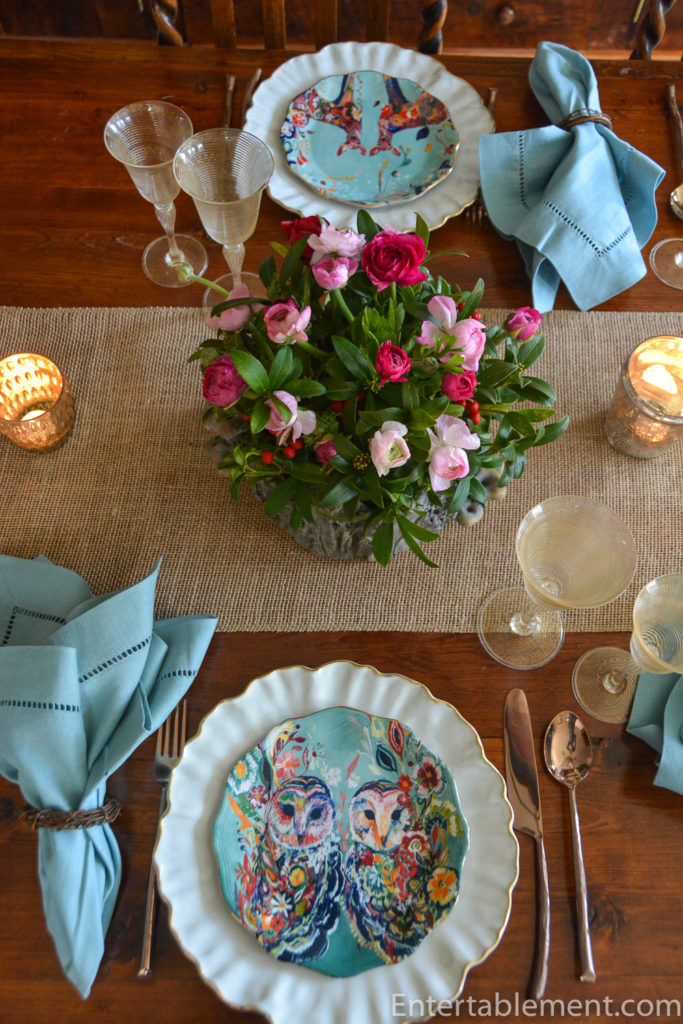 The illustrations have lots of colour, so I started there: ranunculus from TraderJoe’s and some greenery from the garden went into the mushroom planters I picked up a couple of years ago from Pier 1. 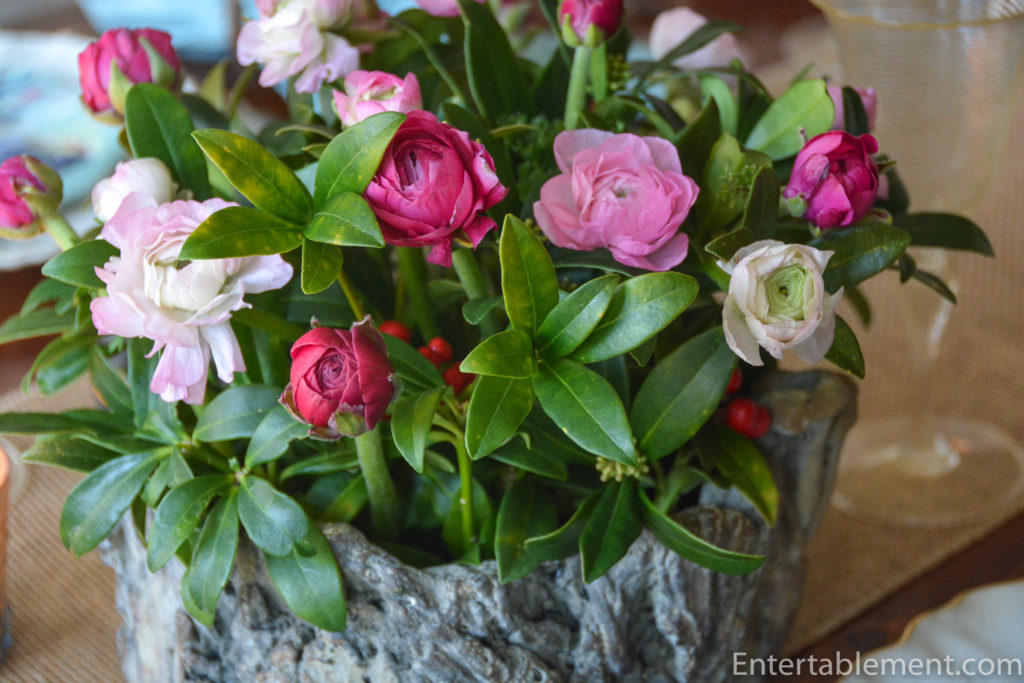 This Fox Planter would have been perfect! 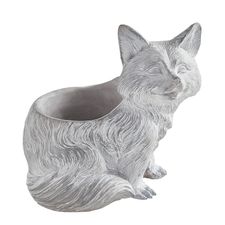 The Mooreland plates have a wavy, irregular shape and they’re trimmed with a gold edge, so I paired them with the ruffled edge dinner plates from Williams Sonoma. The texture and shape are similar. Gold-swirl antique Venetian goblets from Elise Abrams Antiques and rose-toned Twig flatware from World Market continued the subtle gold theme… 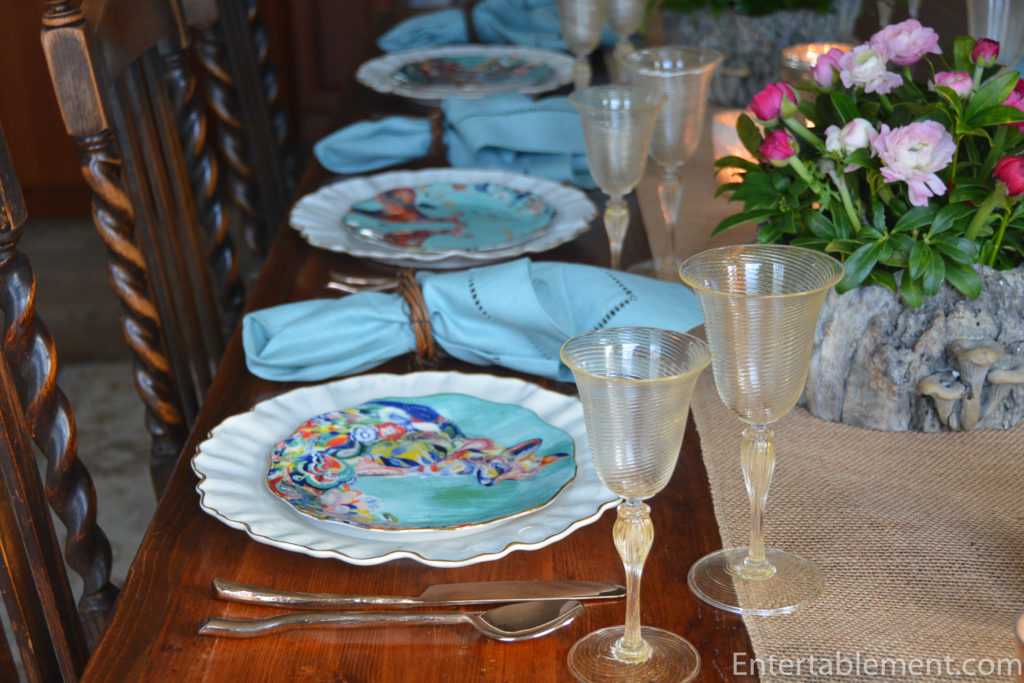 ..which was reinforced with gold mercury glass votives from Pottery Barn. The smoke blue napkins were from Pottery Barn years ago and they continued the aqua background theme of the plates, to counterbalance all the colour in the floral arrangements. 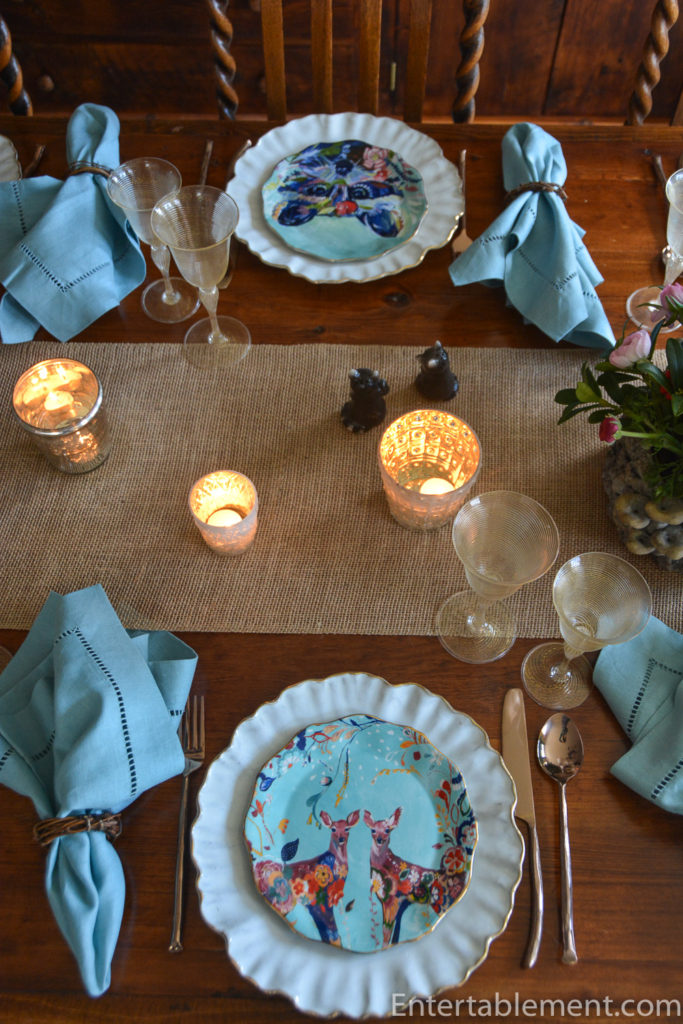 Of course, the racoons salt and peppers had to come out and say hello. 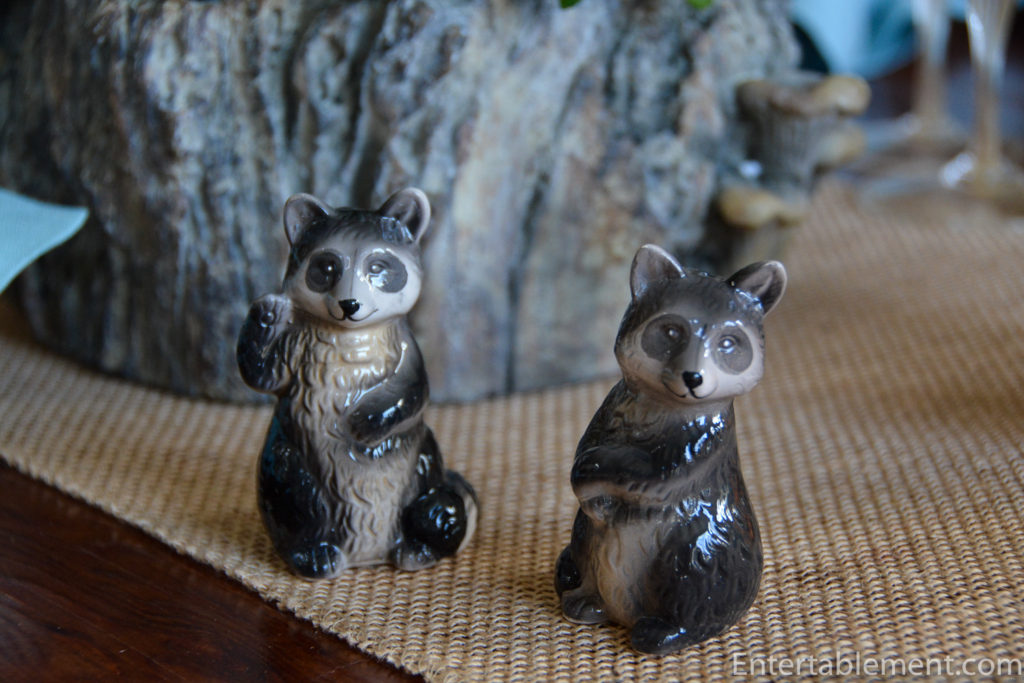 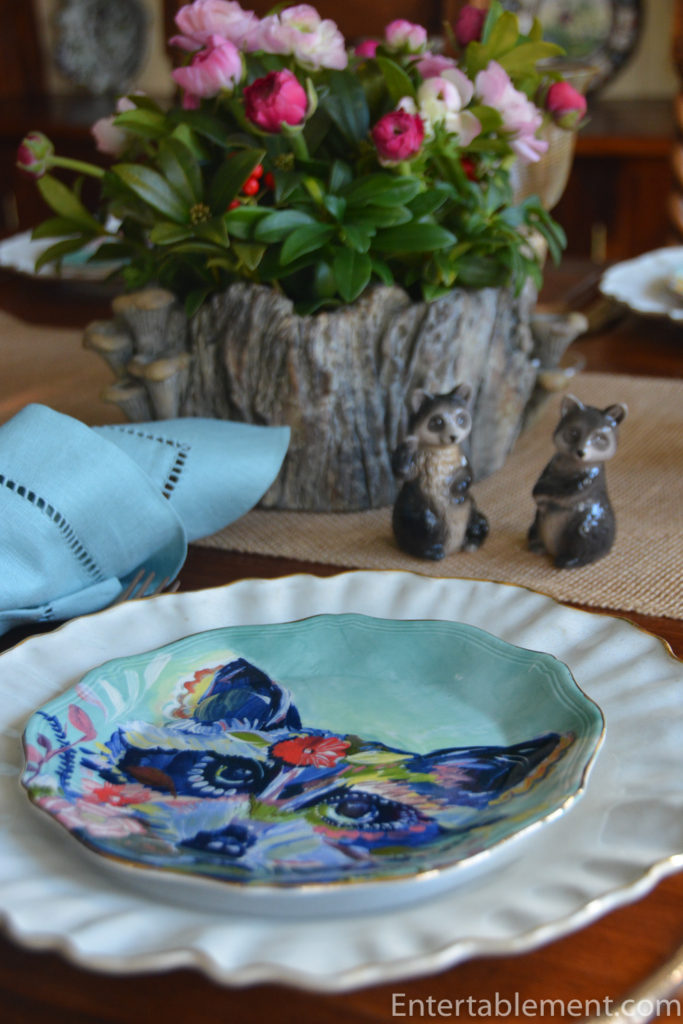 Thanks for coming out to play, Ms Fox and gang!  (it does look like a she-fox, doesn’t it)? And thanks for helping us celebrate this first day of spring, 2019!  Yeah – we made it, folks!. 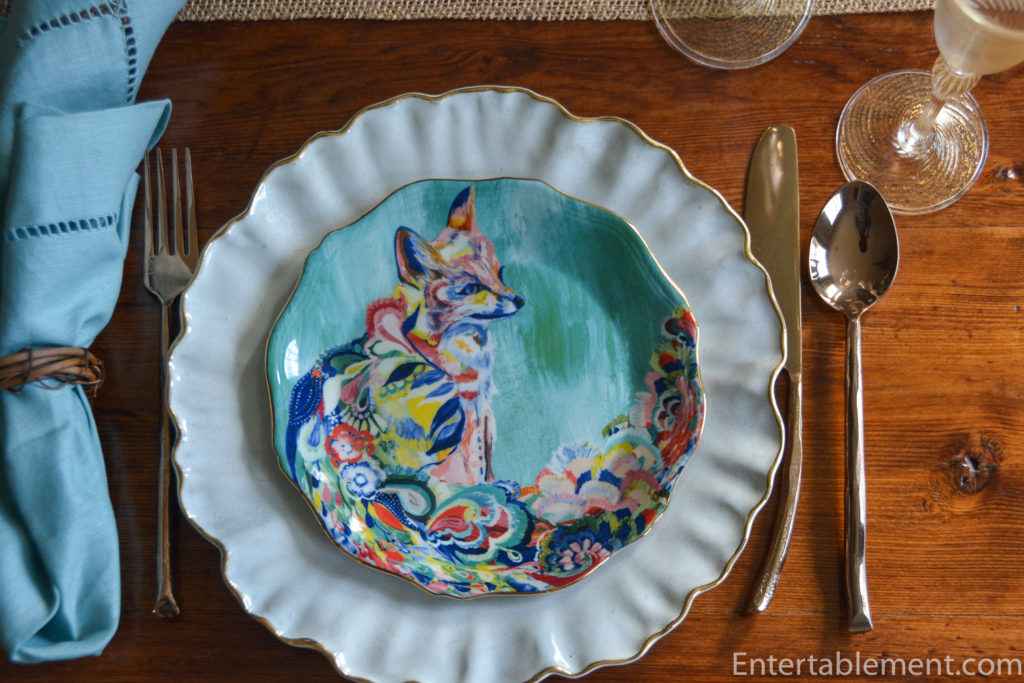 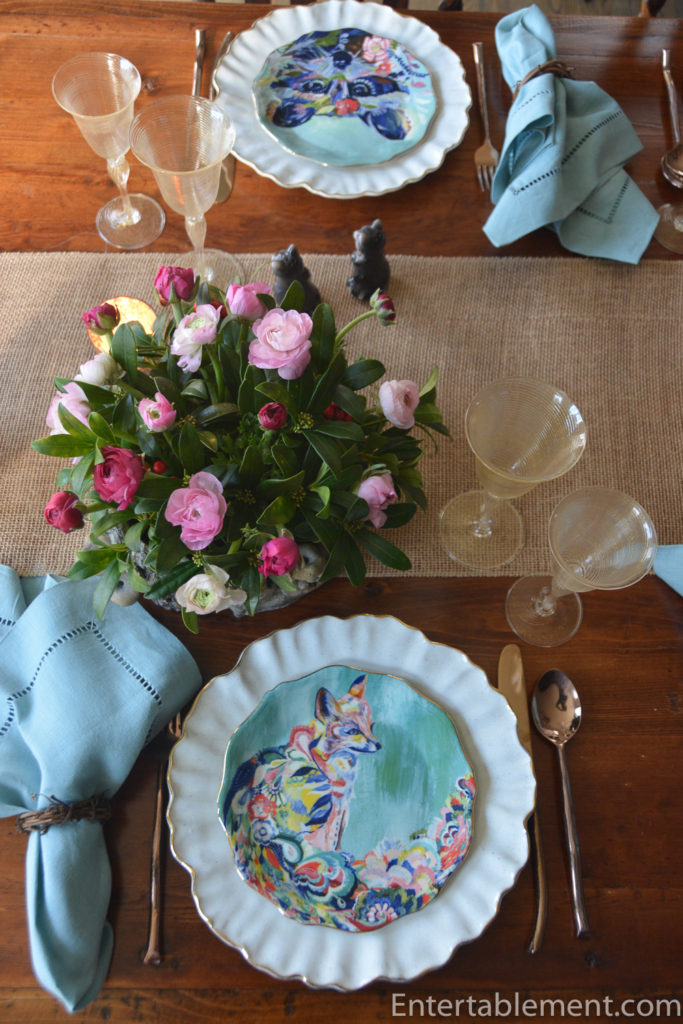