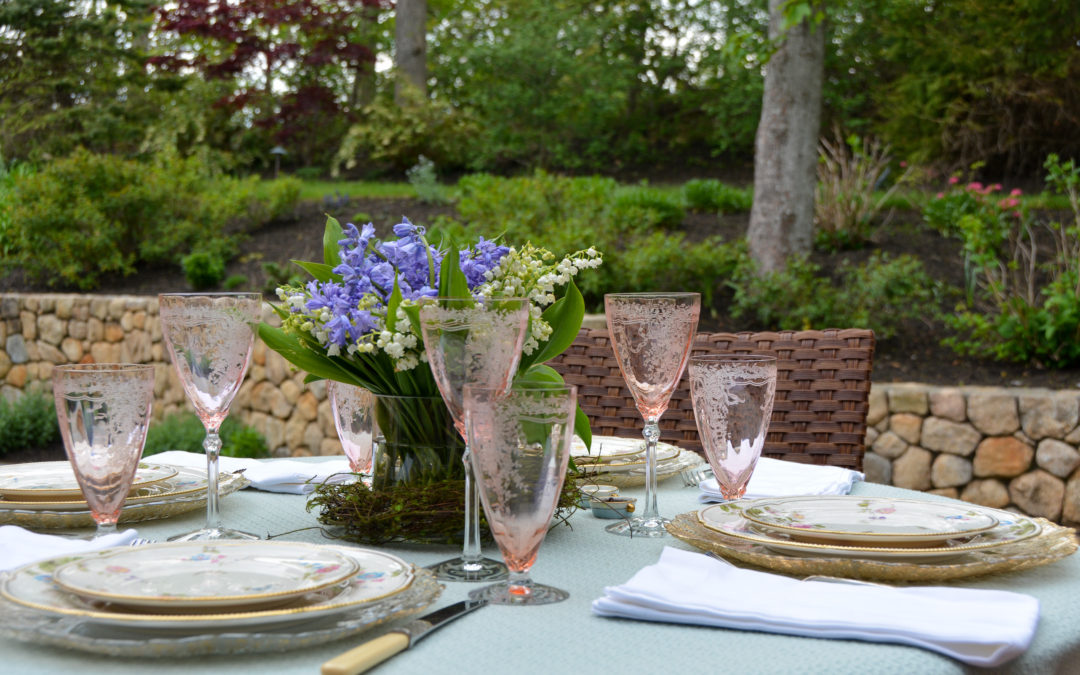 I’m still not sure about this table. It kind of works and it kind of doesn’t. 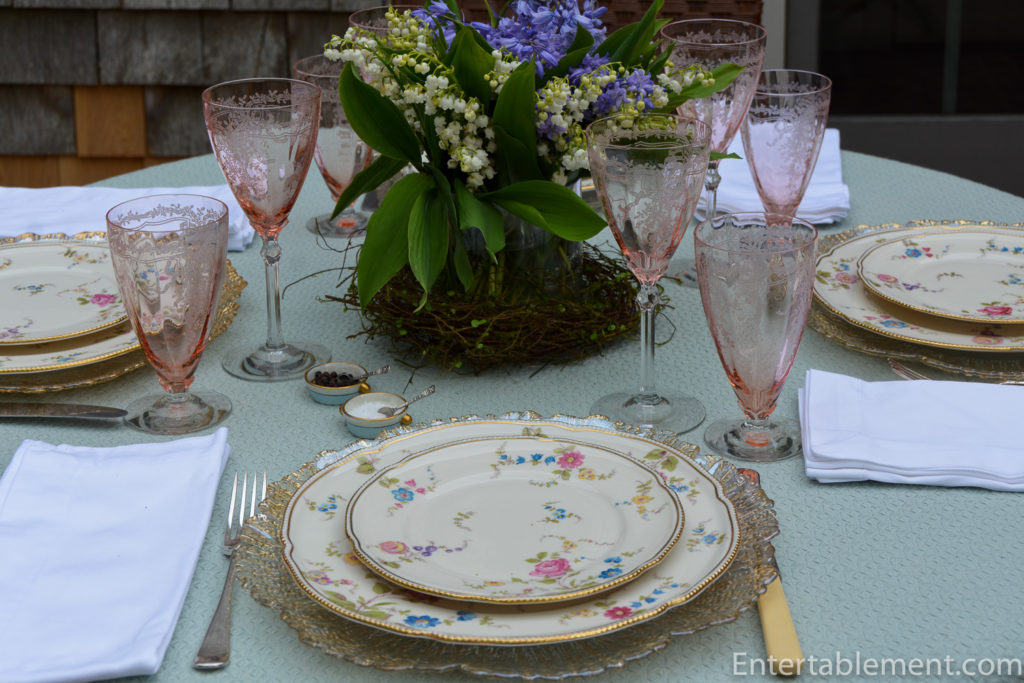 The plates, Sunnyvale by Castleton, have a lot going for them; they’re a modern twist on a floral classic featuring an all-over pattern with lots of white space. The curvy beaded edge with the gilding adds a touch of formality without being over the top, and the gilded glass chargers work well. So far, so good. 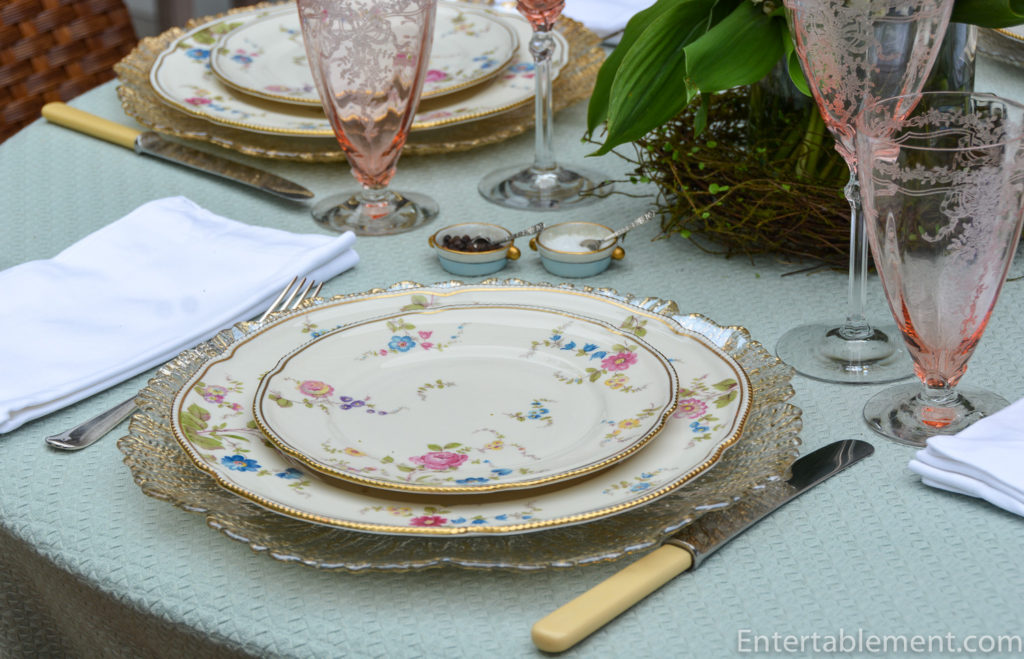 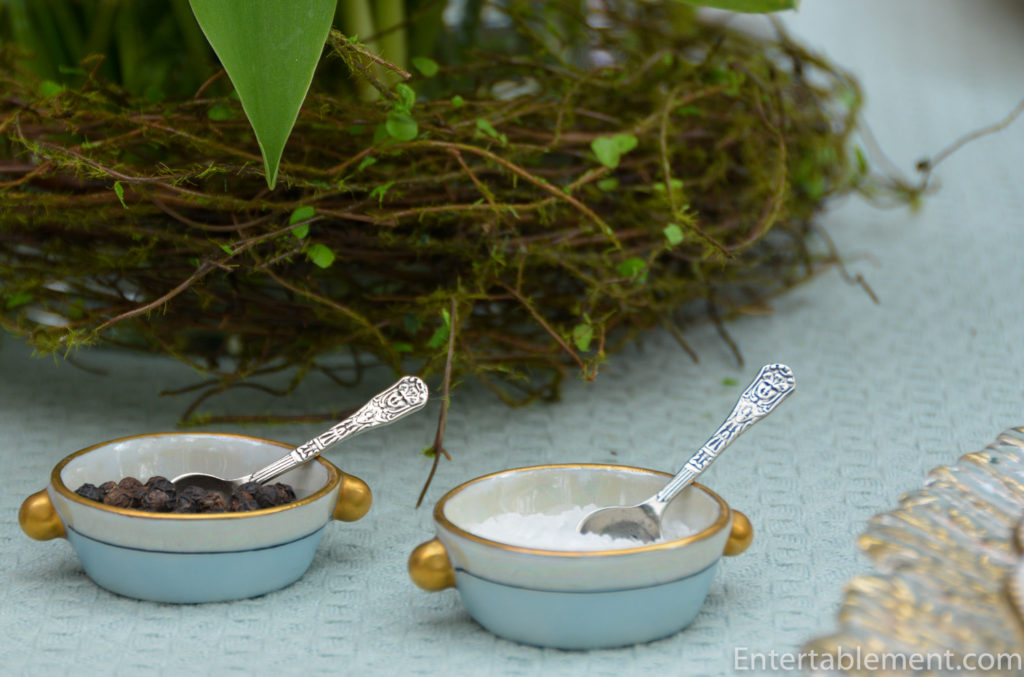 The June Pink Depression glasses by Fostoria are a soft peachy-pink and echo the subtler pink flowers in the plates. Still working. 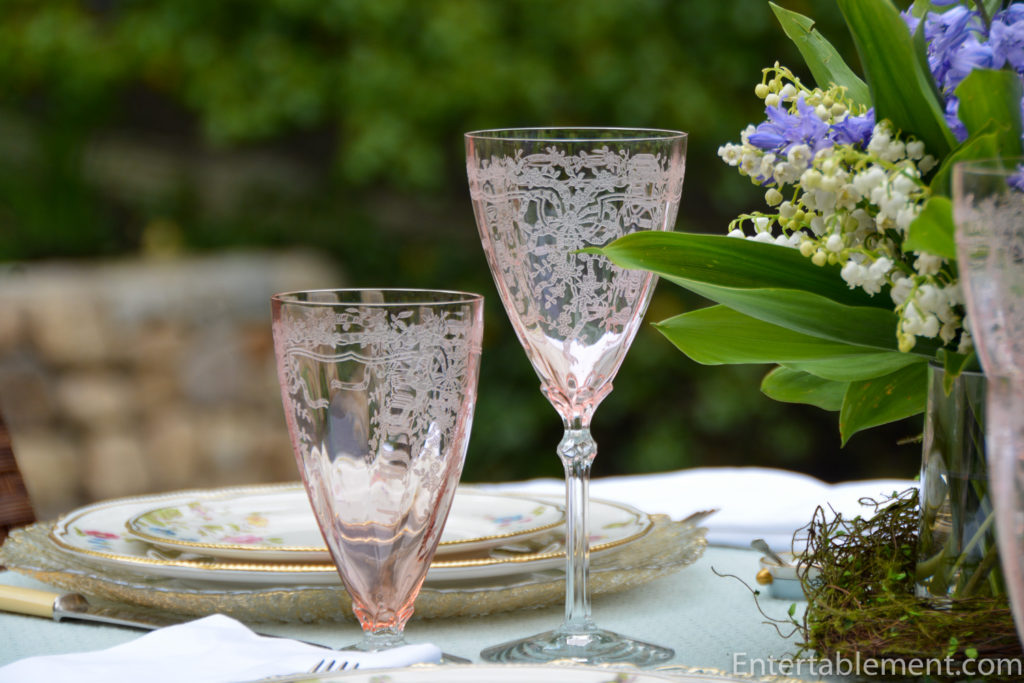 Lilies of the valley and bluebells are true harbingers of spring. They both have a heavenly scent. They’re neutral colours, though the bluebell is a bit more of a violet than the blue in the plates. Starting to go off the rails? 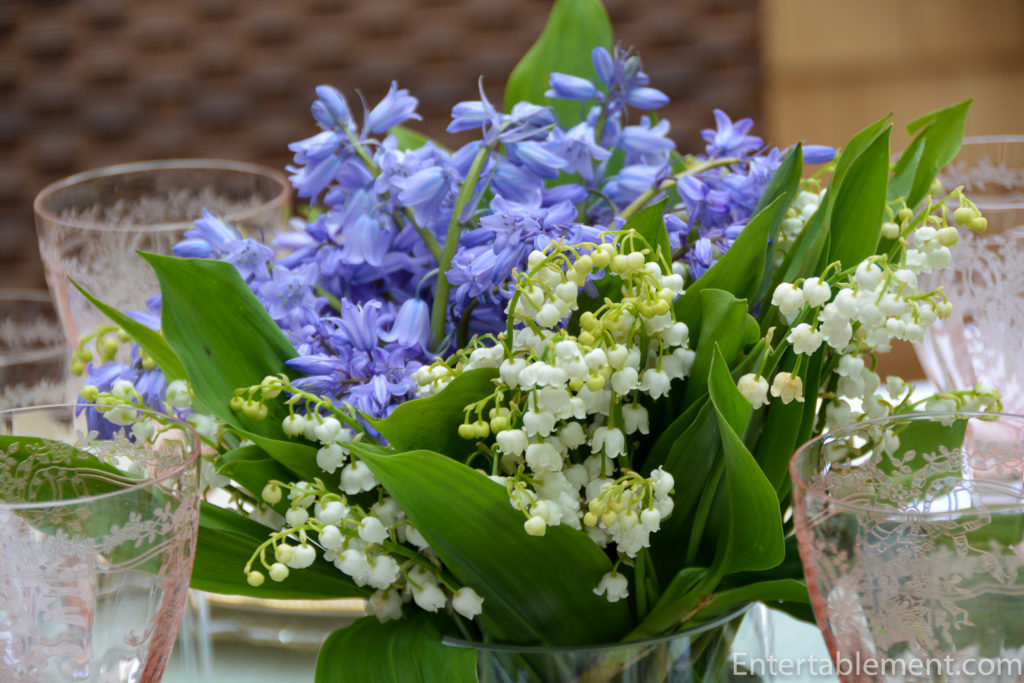 Let’s step back and take another look. 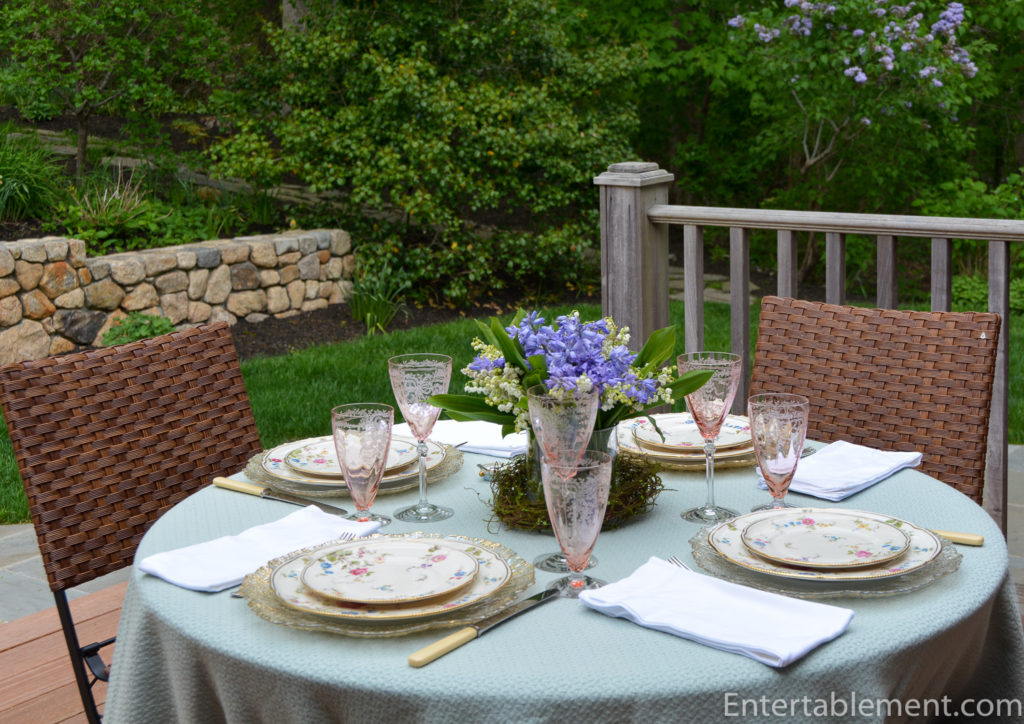 If I had to put my finger on it, I think it’s the metalasse tablecloth. The grey-blue is neutral, but I think it fails to harmonize the violet-blue of the bluebells and the brighter blue of the plates. 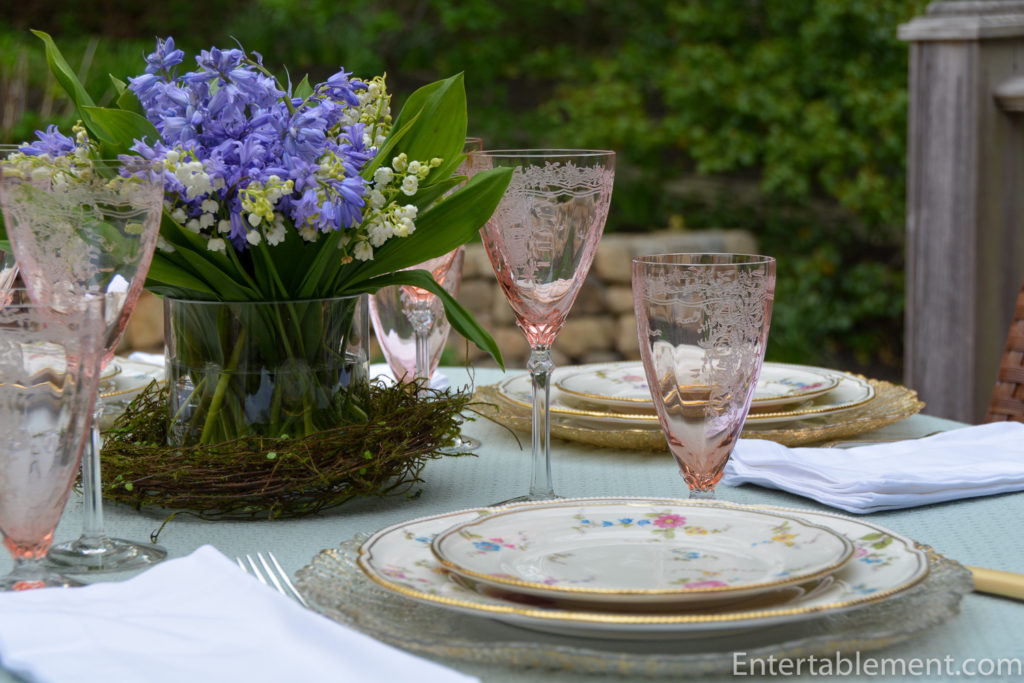 It’s not bad, but it’s not great. Or maybe I’m being too critical. Does anyone else dither around like this before, during and after setting a table? 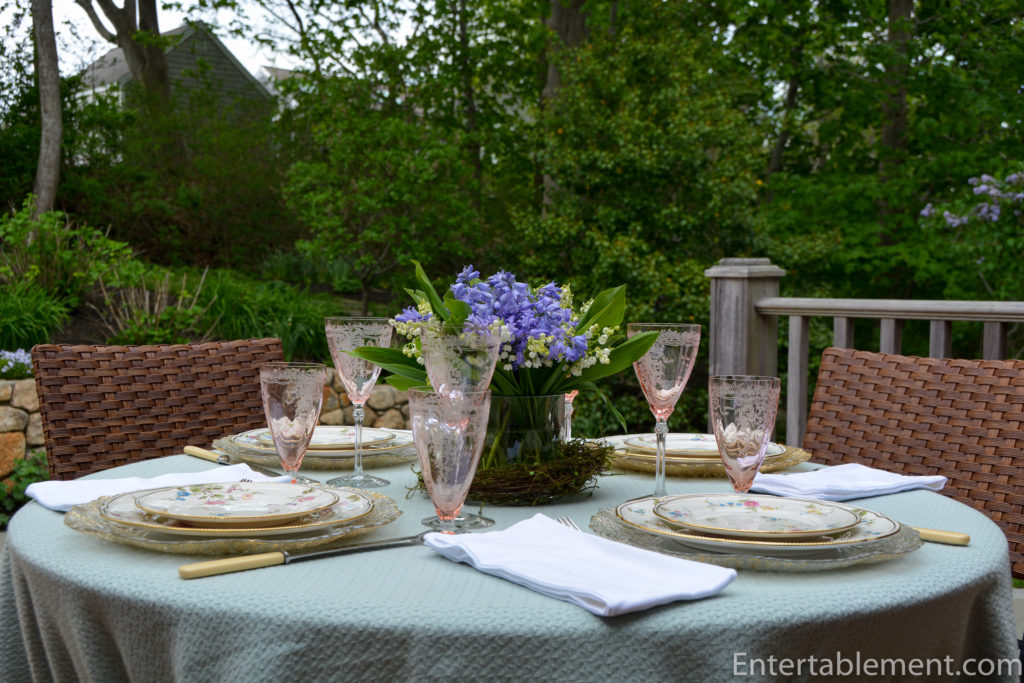 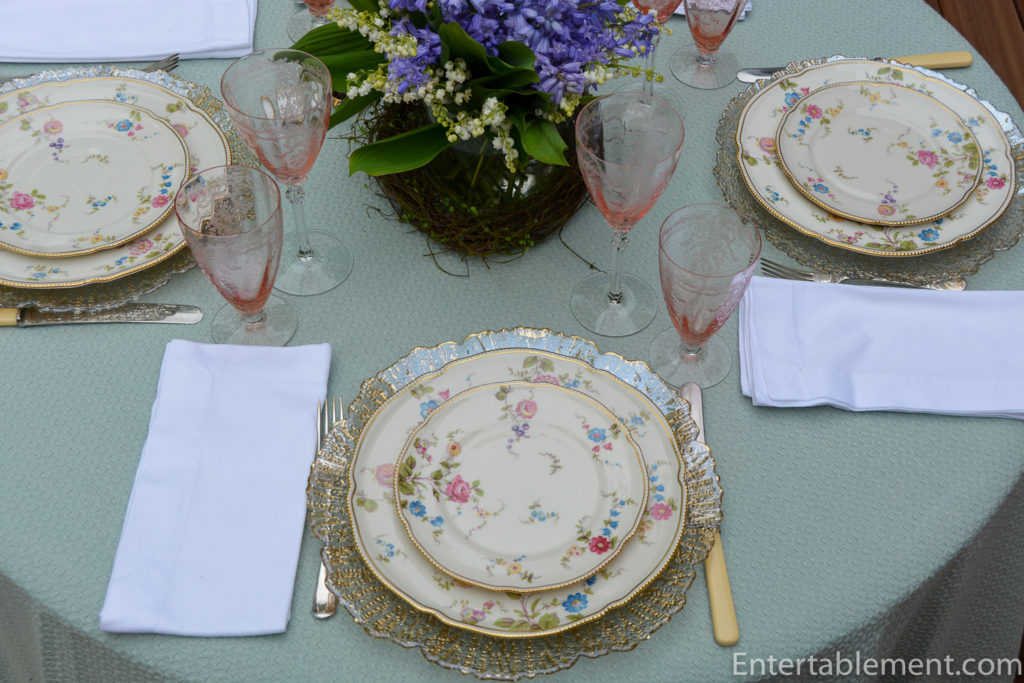 I fear this is a “meh”. Maybe it’s the napkins. Too flat and boring. Perhaps I should have used the gold floral napkin rings I used in this table, Bideford Aqua. 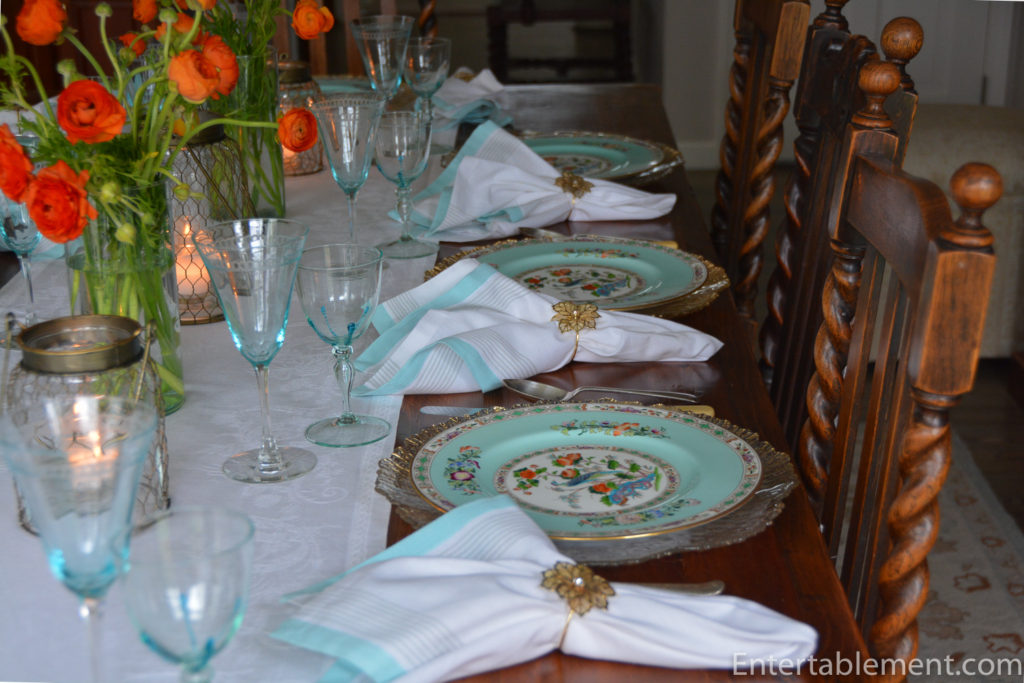 Hmmm. Still not sure. 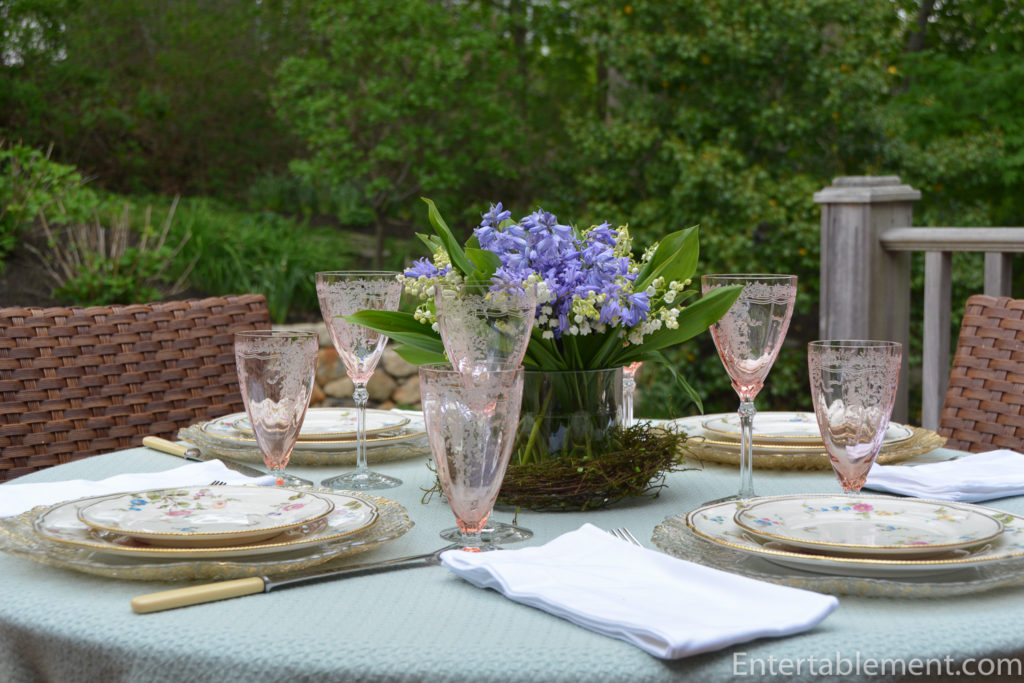 Oh well, can’t win ’em all! It’s a lovely spring day, Mother’s Day is around the corner and summer is in the offing. I won’t get too fussed about a wishy-washy table.