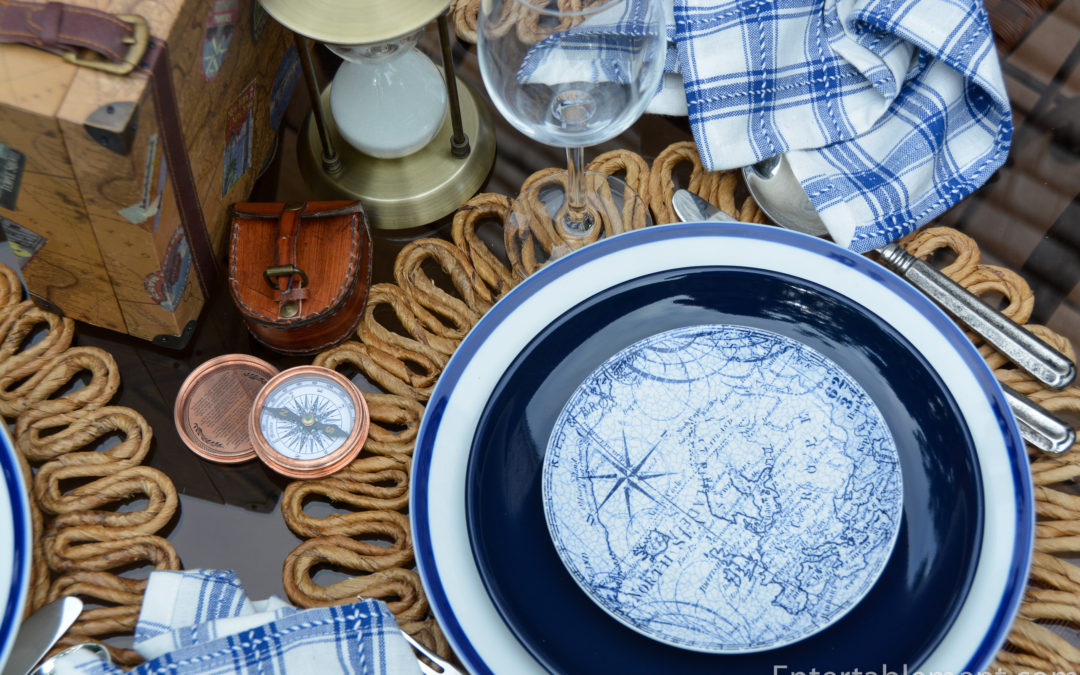 After several weeks in dry dock, the good ship Entertablement is set to sail once more. The captain of the ship has been holed up in her cabin finishing The Book, and my gum, it’s done! The last recipe has been recorded and the final setting has been described. Final edits are needed before the print button is pushed. I will let everyone know where and how it will be available as soon as I know more myself. 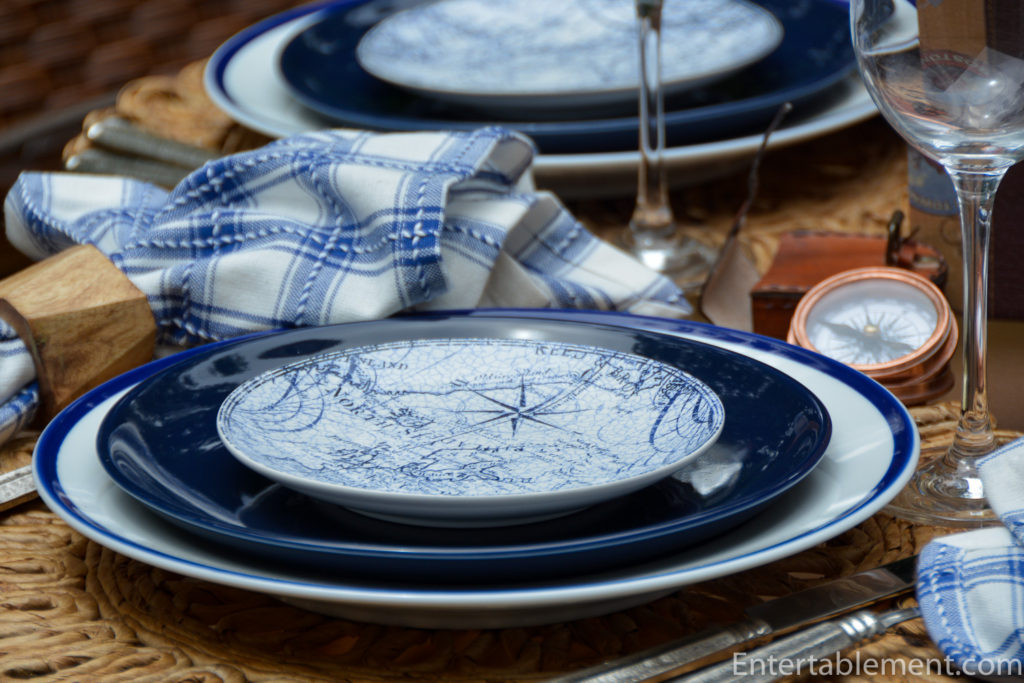 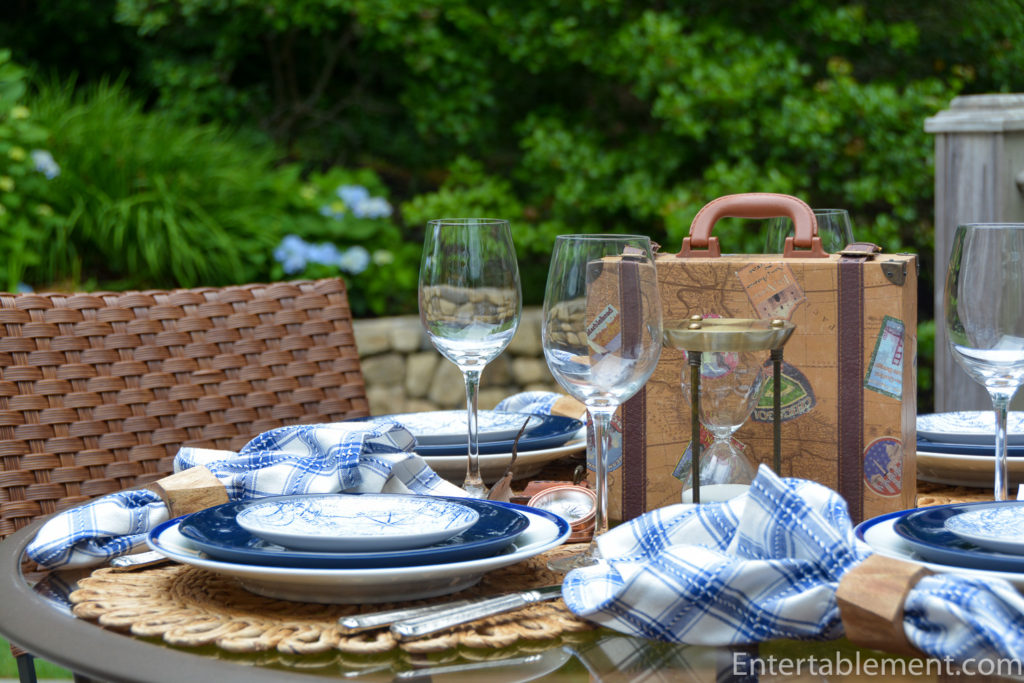 Due North, by 222 Fifth is a seafaring pattern of which I have only the appetizer plates, featuring four different maps. The clean simplicity of a navy and white pattern is so welcome in summer. 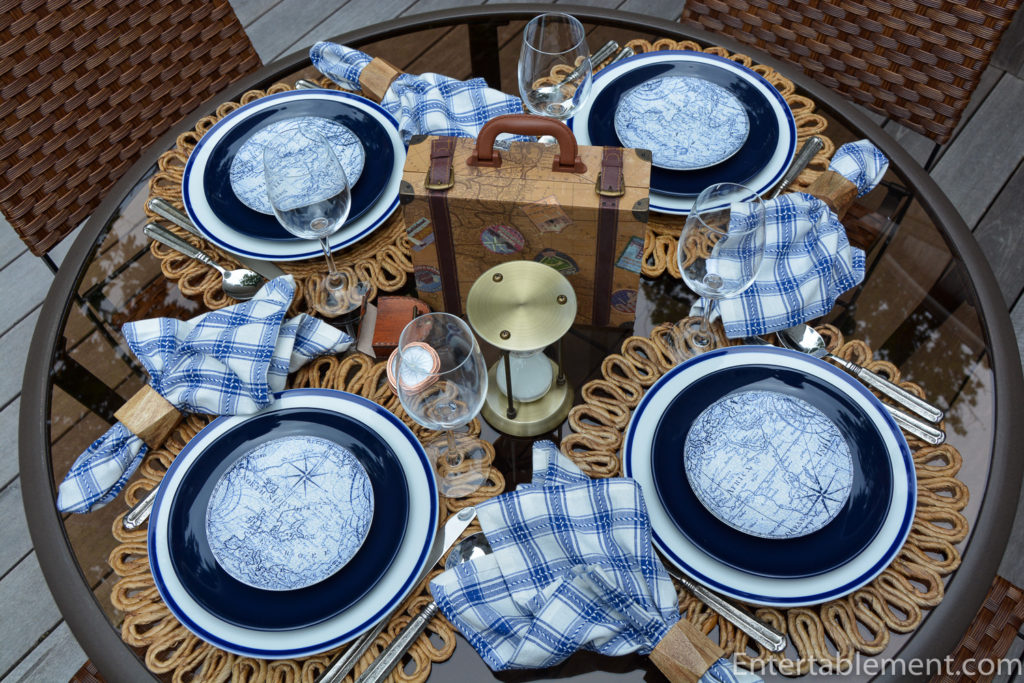 This one centres around southeastern North America and the North Atlantic Ocean. 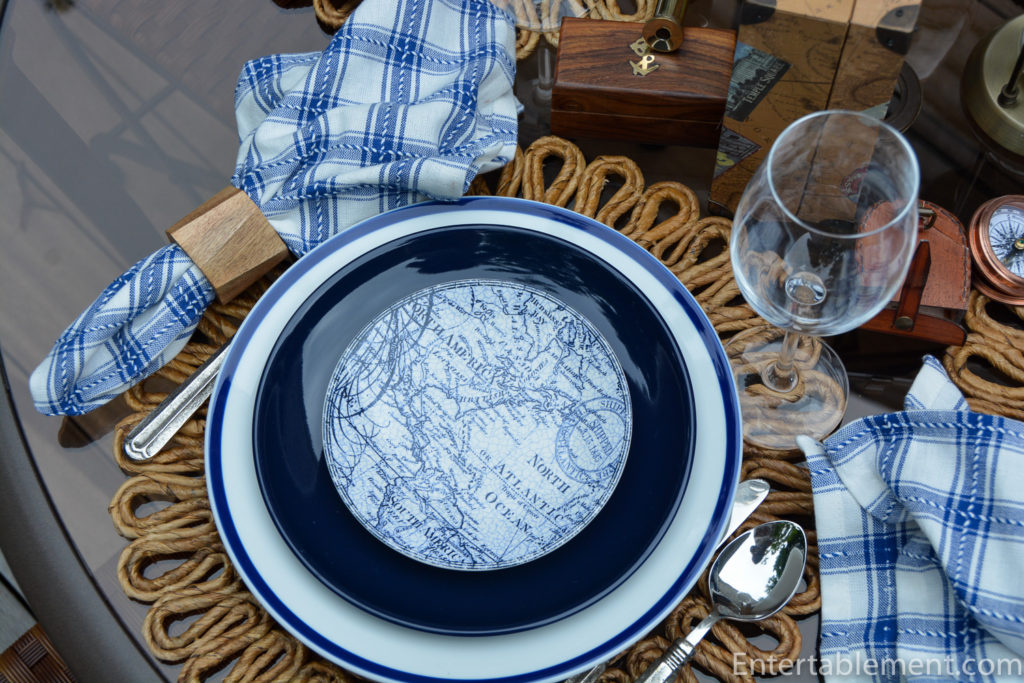 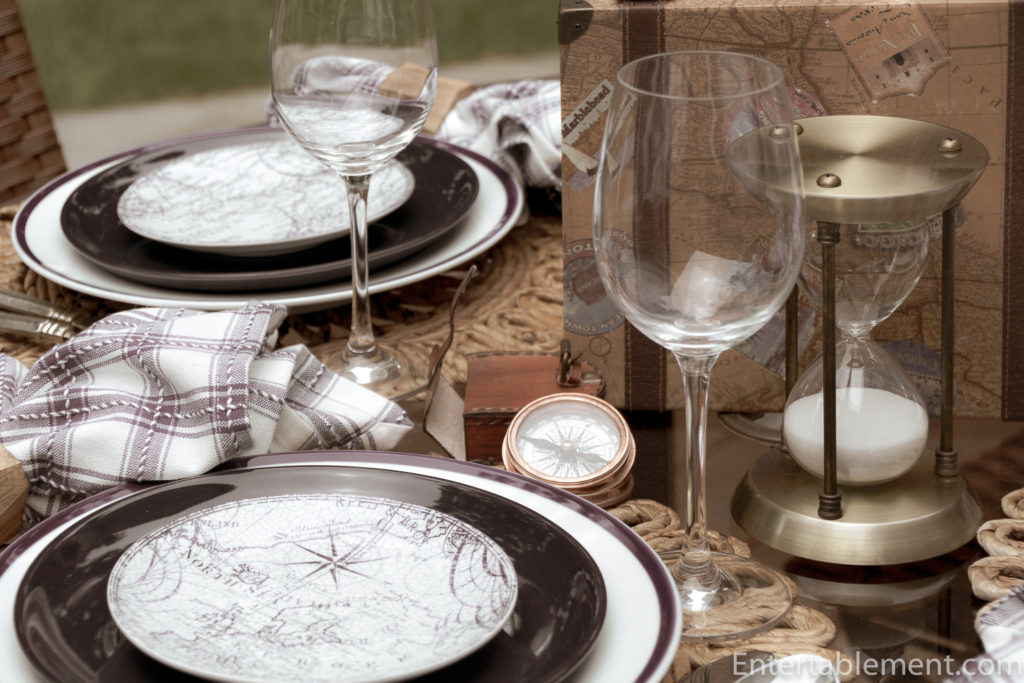 Africa with a snick of the Indian Ocean 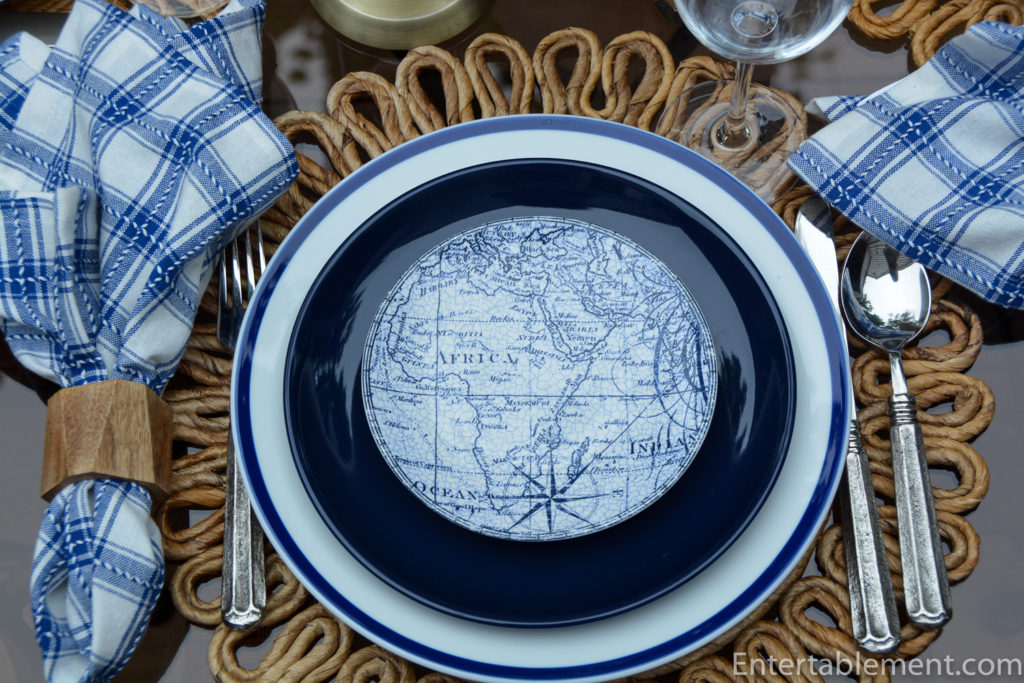 Northwestern Europe, including the British Isles and the North Sea. 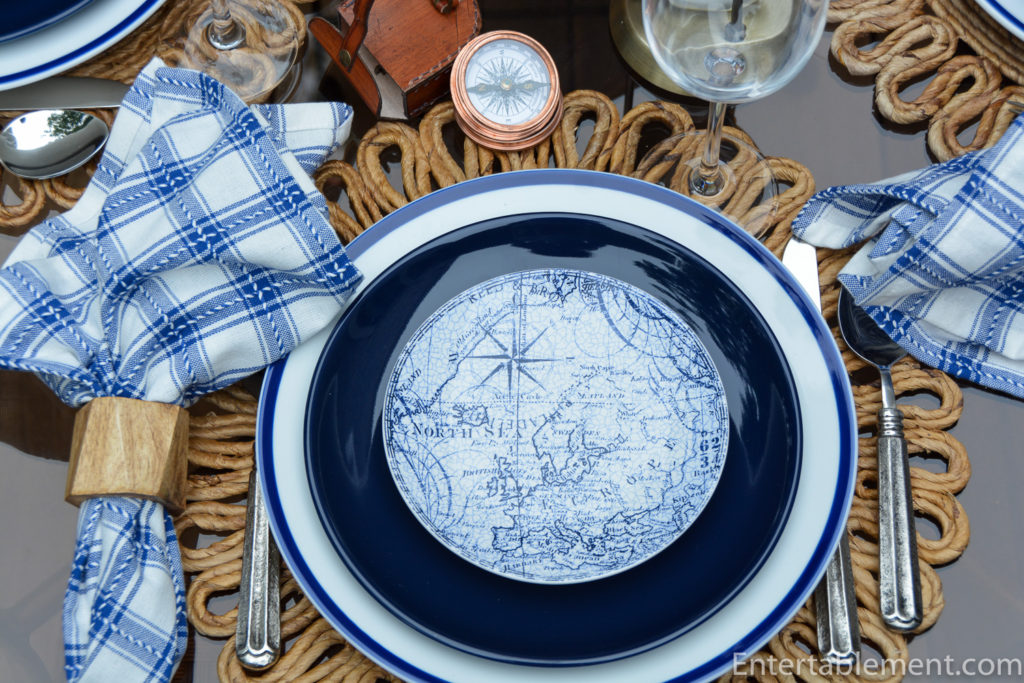 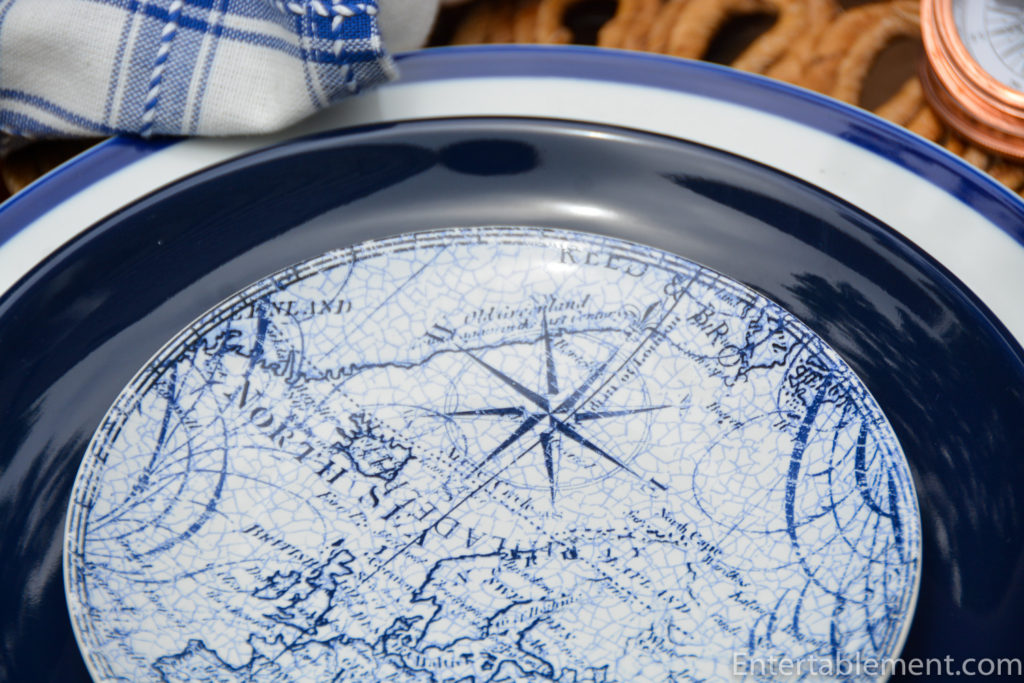 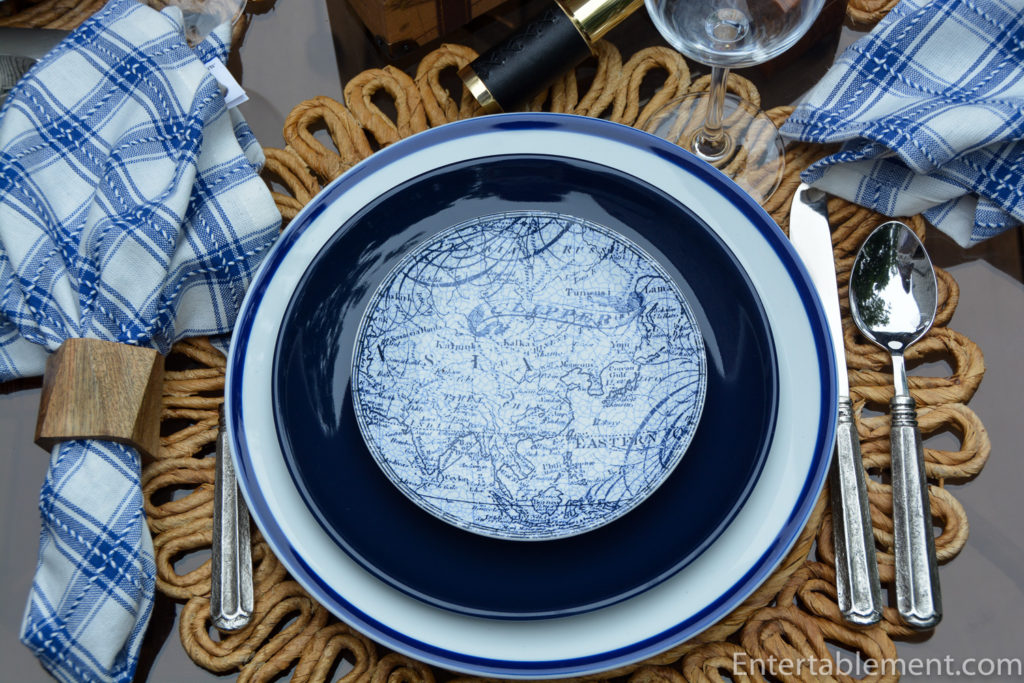 Collecting all the travelling kit for the centrepiece was a lot of fun. From suitcases and spyglasses. 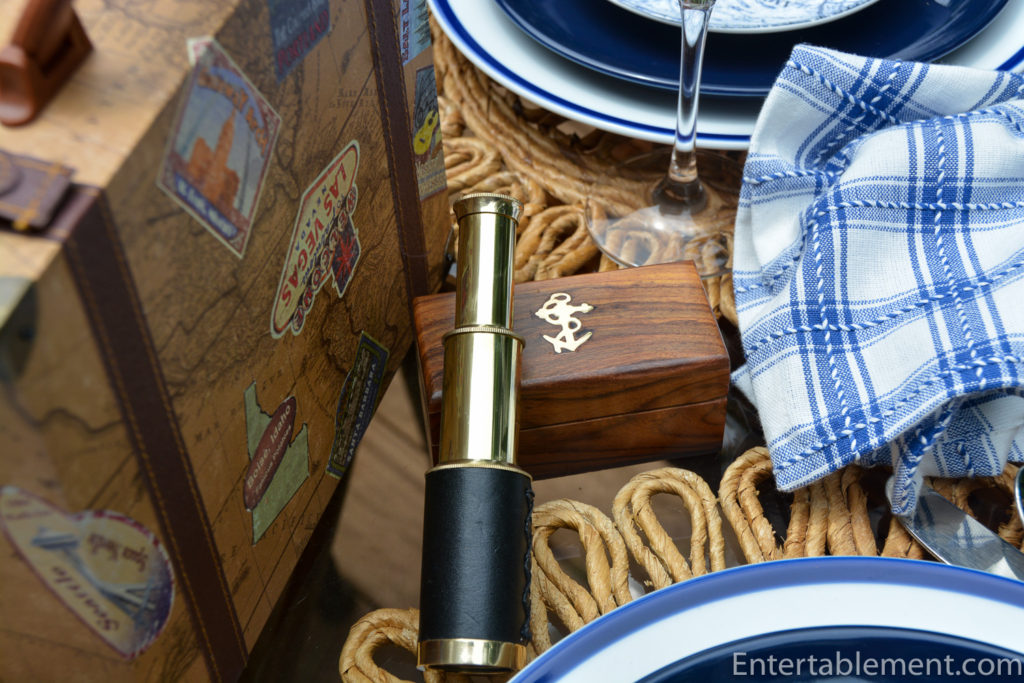 To a compass, complete with leather case. 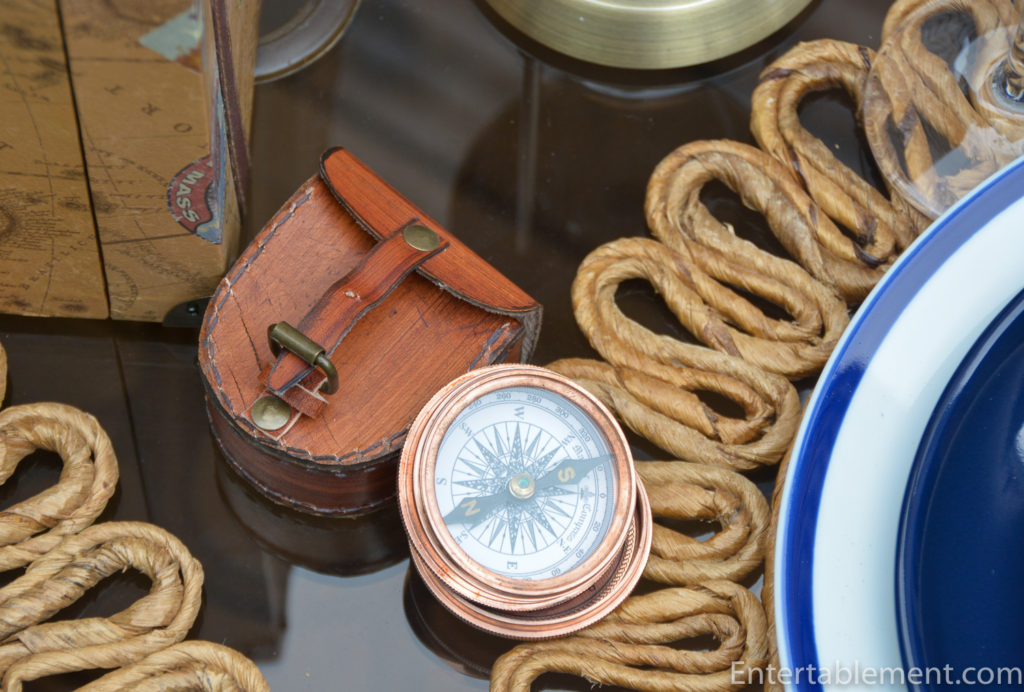 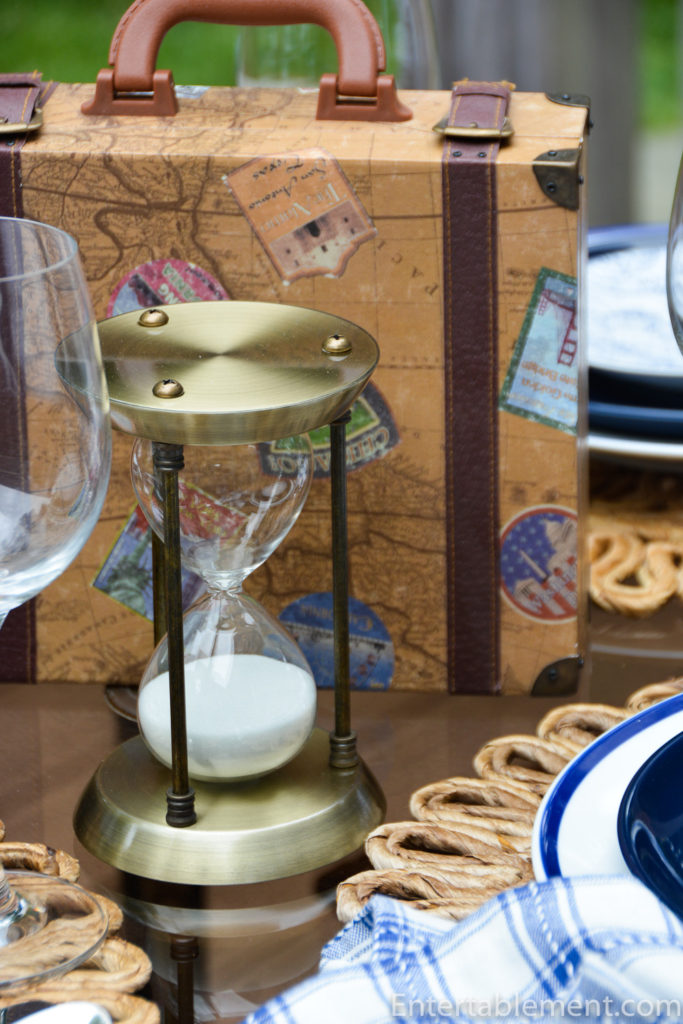 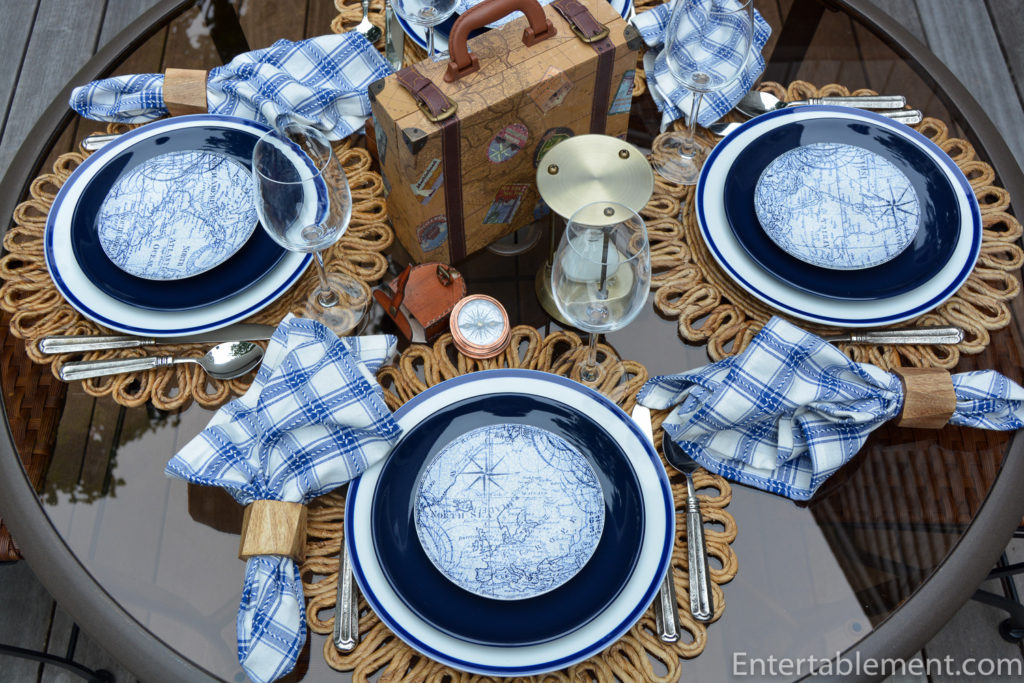 It’s good to be out an about once more. 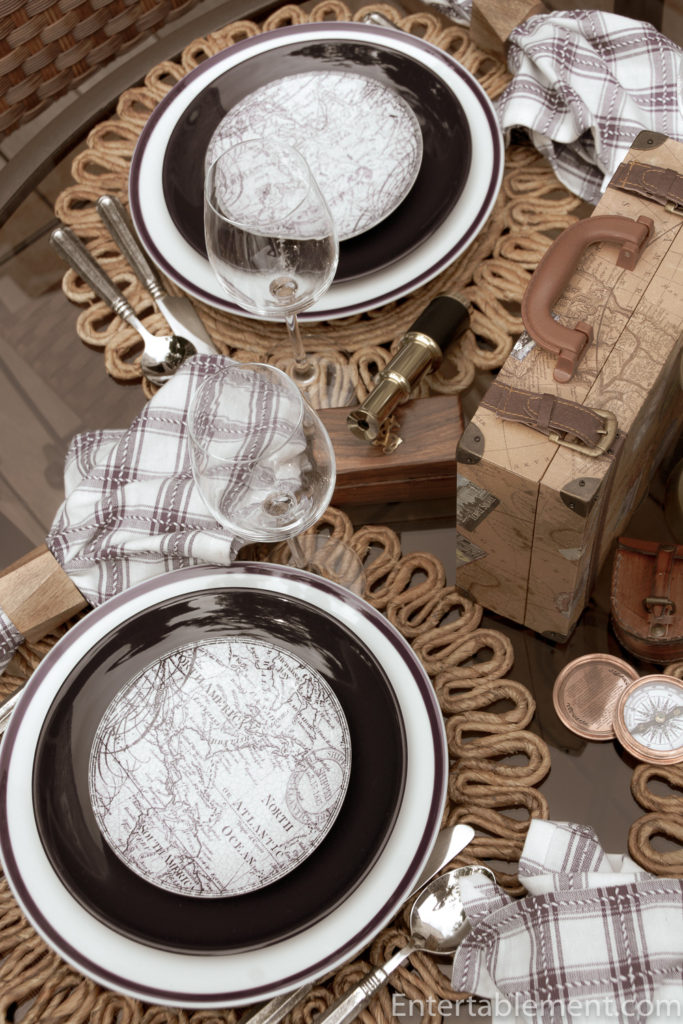 I hope everyone had a wonderful Fourth of July weekend. Our weather was kind of crummy; after a week of glorious sunshine and balmy temperatures, the rain and fog descended on Cape Cod, with some bursts of sunshine interspersed. Oh well, you take what you get with the weather. Off now for a foggy and damp early morning beach walk, and will no doubt return with very soggy pups. Eau de pooch, here we come.

I’m sharing this post with Between Naps on the Porch and Karin’s Kottage for  Centreoiece Wednesday.