A Bit of a Wild Week – Happy Thanksgiving! 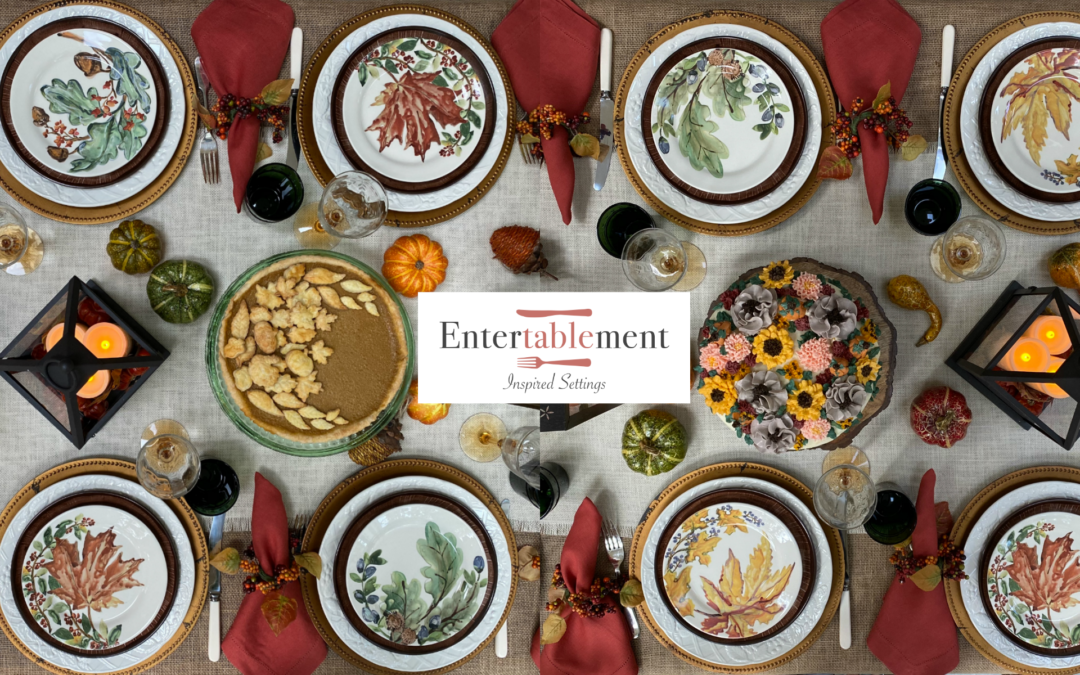 I can’t decide if the last week has been more Greek tragedy or French farce – Monty Python meets Italian Opera? You decide. We’ve had a sick cat, a flurry of cooking, a kitchen catastrophe and a lovely Thanksgiving/Birthday dinner with family. From the sublime to the ridiculous and back. 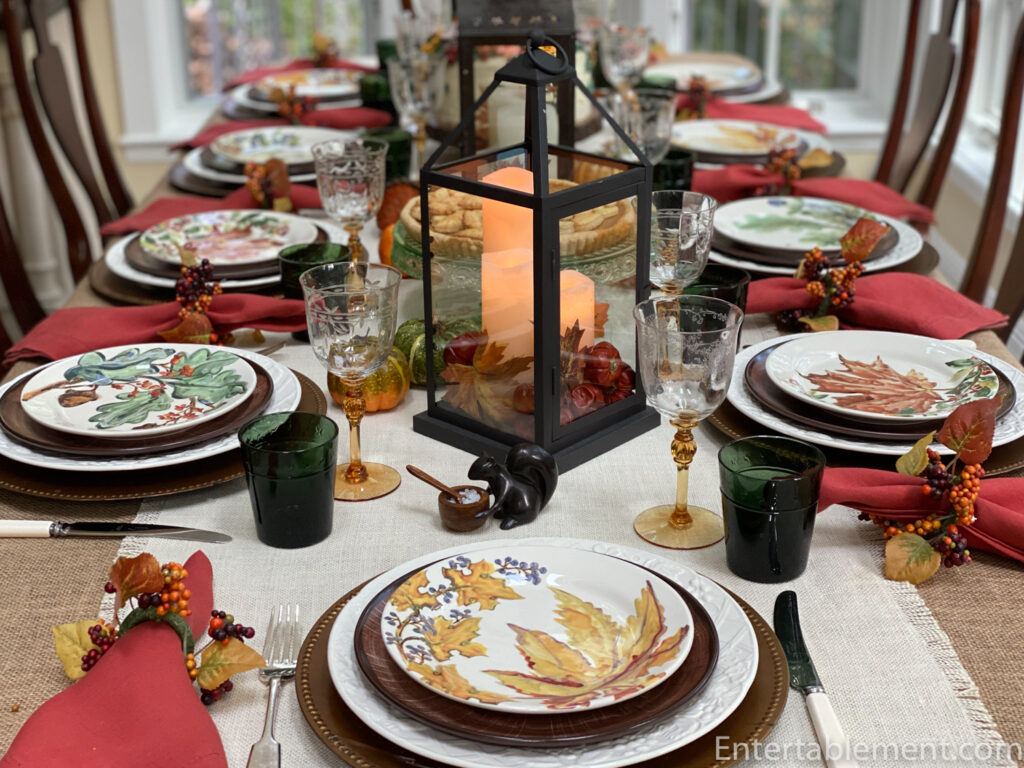 Where should we begin? Let’s start with the sick cat. Moxie went on one of her (thankfully, increasingly rare) multi-day wanders, giving us an anxious few days. Dundee and Ronnie are indoor cats, but we have not managed to tame The Moxilator. She is relentless in her insistence on going outside. She returned Thursday morning, exhausted and dehydrated. I kept squirting syringes of water down her throat all day before taking her to the vet late that afternoon. She has a pretty bad cold, nothing too serious, but cats don’t eat when their sense of smell is impaired. We once spent a month force-feeding a cat who had contracted hepatic lipidosis due to not eating – I was painfully aware of the dangers of letting her go too long without food. The vet, eyeing Moxie’s baleful glare, recollected her feisty nature. The last time she went on a walkabout, he sedated her to give her IV fluids. He hastily suggested she would likely be happier at home and sent us on our way. So, syringed fluids down the throat and warm, wet food plastered behind the front teeth for Moxie every few hours until she recovers. Cat coddling is a Mum job.

She looks so innocent, doesn’t she? Ha! 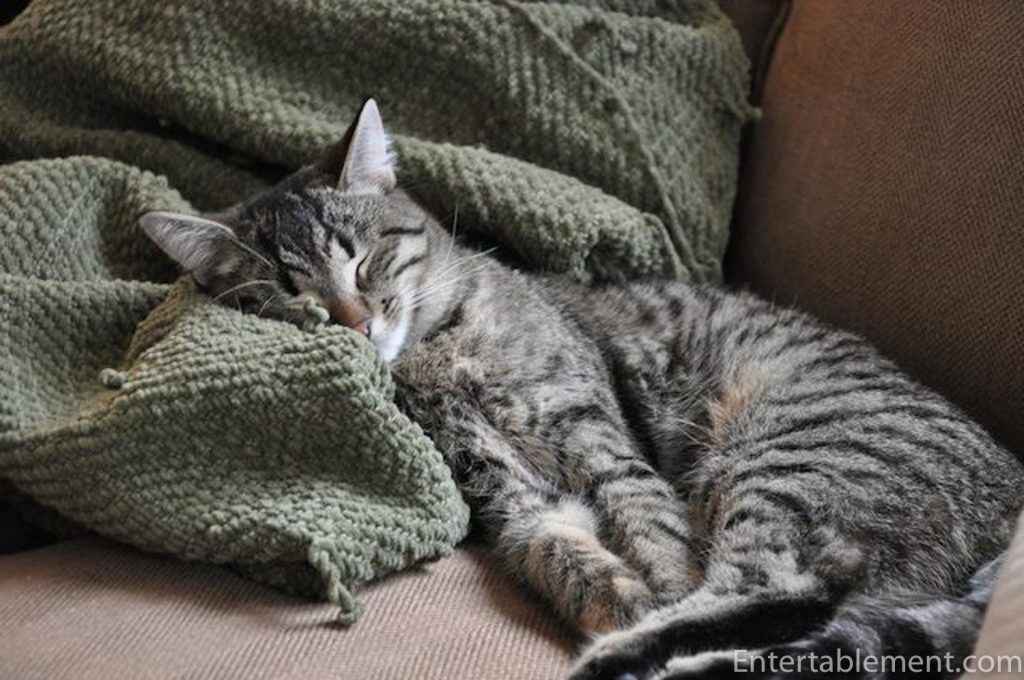 Let’s move onto happier things: cake and pie preparations. I bring you a three-layered pumpkin cake filled with candied pecans, pepitas and crystallized ginger, on its way to being smothered in cream cheese frosting. 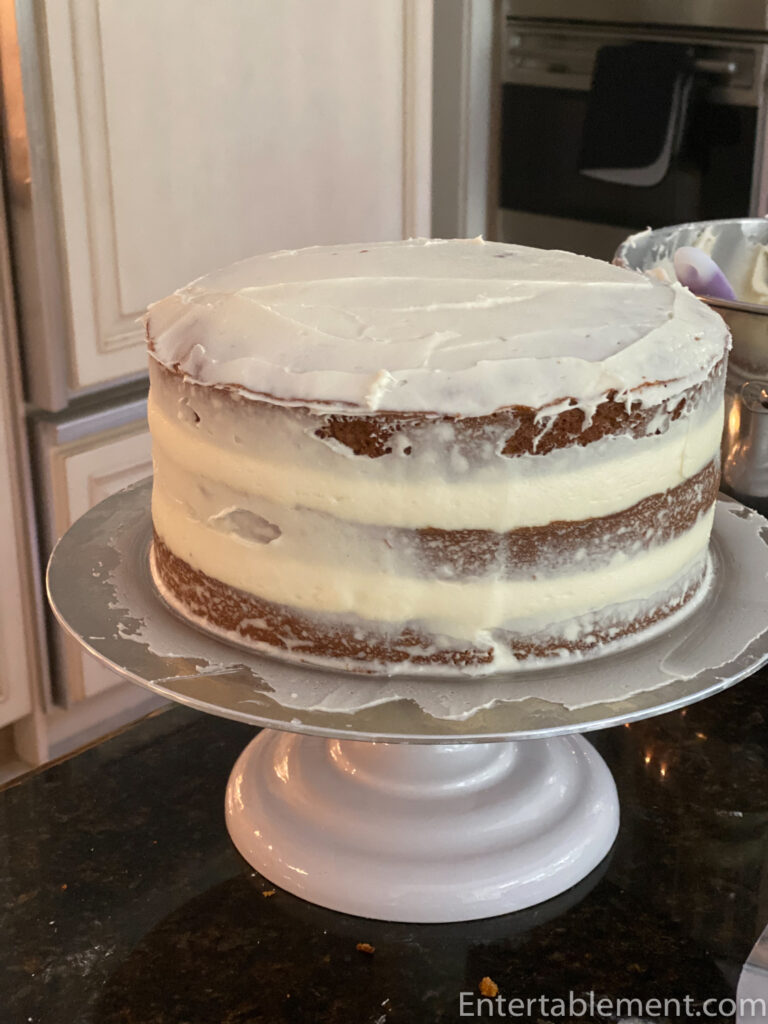 I increased the cake quantity in this Pumpkin Cake recipe by 50% to get the third 9″ layer but had more than enough cream cheese frosting from the original recipe to cover the cake. 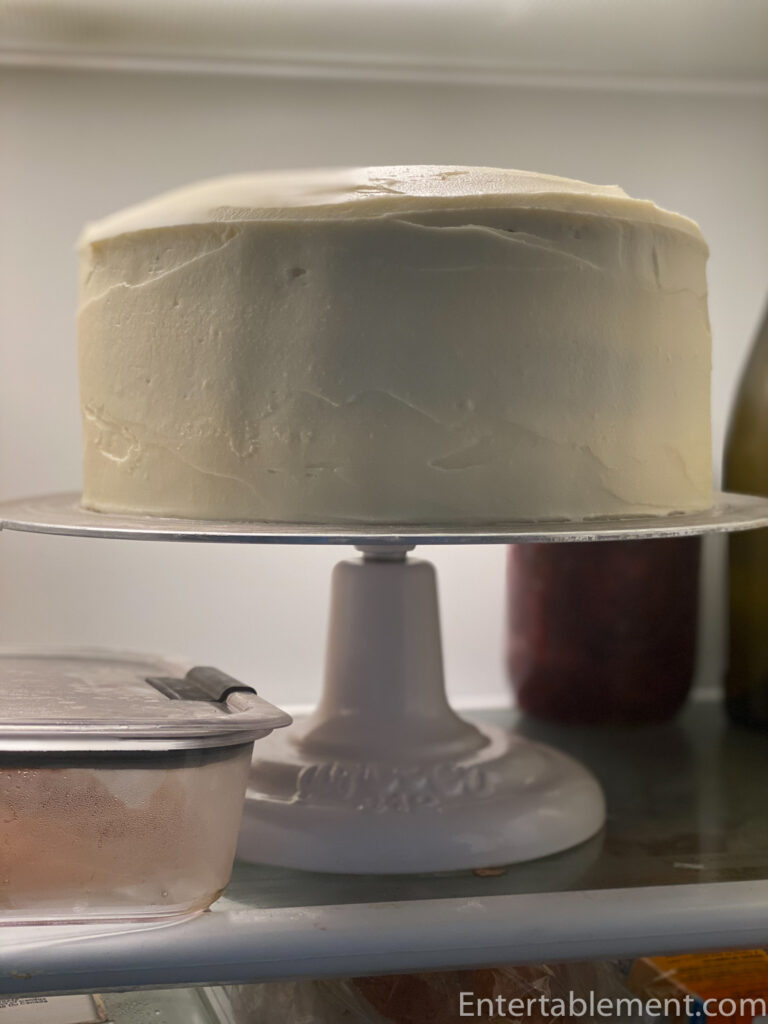 I had a ton of fun with the decoration. It involved Swiss Meringue Buttercream frosting, a whole raft of piping tips, gel colourings, Pinterest ogling, and some excellent instruction from this online Buttercream Flowers course. It was a big hit with Birthday Girl #1. 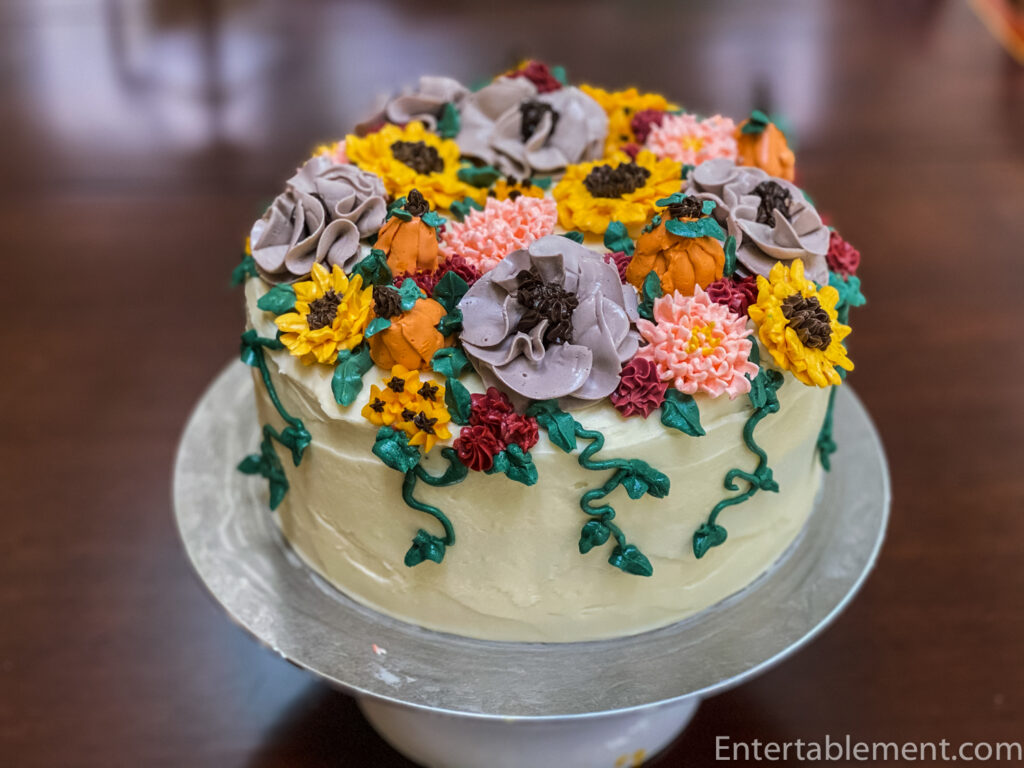 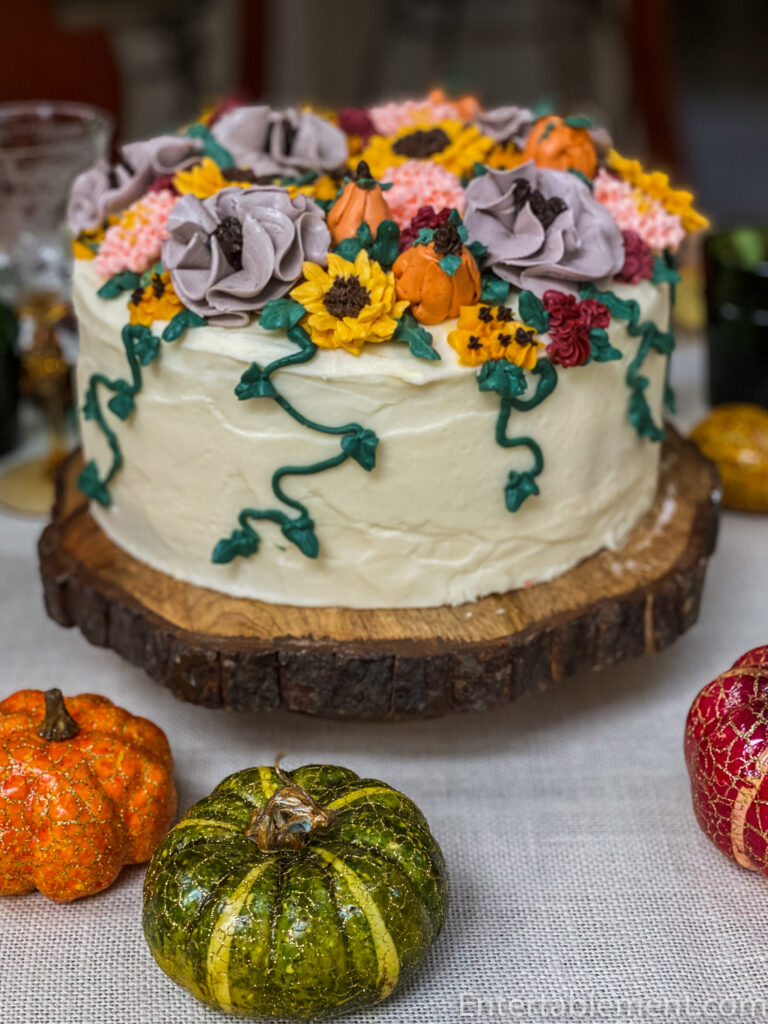 As was the pumpkin pie with Birthday Girl #2. In this instance, I used the crust from the Cherry Plum pie and the pumpkin filling from this Pumpkin Pie. 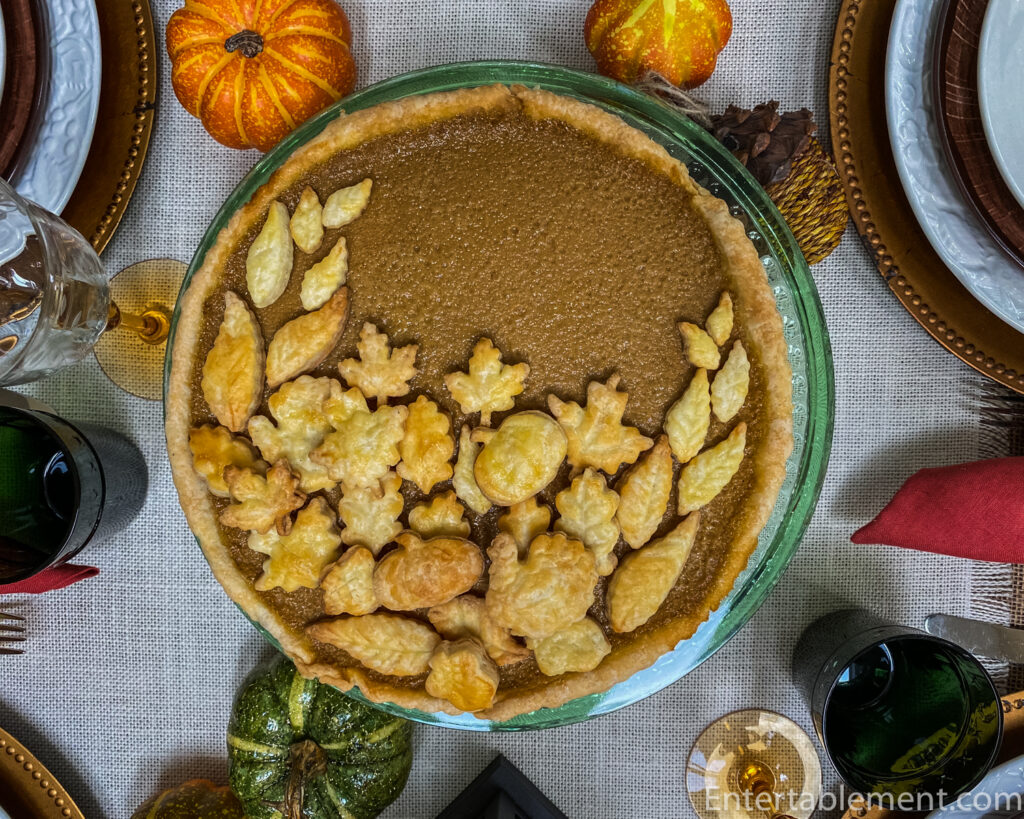 So far, so good. Now onto the farce part. It involved a garburator coming adrift from its moorings just as I started the clean-up between finishing the cake and starting the pie. It was whirring away, doing its thing, when it just, er, dropped. The entire cabinet under the sink was filled with water gushing from the dishwasher and spilled onto the floor. Aaaagh!!! Happily, Glenn was on the spot in less than a minute. We turned off the dishwasher and emptied the cupboard. The Ikea container holding all the cleaning supplies had caught a lot of the water, but there was a small lake on the floor. We did a basic mop up, and then Glenn stuck his head under the sink to survey the scope of the issue; I fished the cleaning bottles out of the Ikea container and, without thinking, poured the water down the closest sink. Yes, the one without a drain. With Glenn’s head right underneath. It’s a testament to his good nature that he didn’t throttle me. He just yelled. I burst out laughing, which was probably not the best response. What was I thinking? Not much, obviously! But it was just so silly. I hastily apologized.

By now, it was about 4:30 on Friday evening, an hour when, even pre-COVID, we would have been lucky to get any type of repair person to attend. As well, my experience is they come, survey the issue, generally make it worse, and then announce that parts are required (which prove unobtainable), before sighing heavily and leaving. Glenn muttered to himself and disappeared to the garage to get tools. He wrestled with the 75 lb garburator for a while, trying to determine what had gone wrong. Was it broken, or had it just vibrated itself loose? He went back to the garage and brought back more tools, including a car jack. That did the trick. The jack held the heavy machine aloft while he reattached it. Half an hour later, all was well. The dishwasher resumed its cycle, I finished cleaning up the kitchen, and we both collapsed onto the couch with a stiff drink (Glenn) and wine (me). Peanut butter on toast for dinner that night. 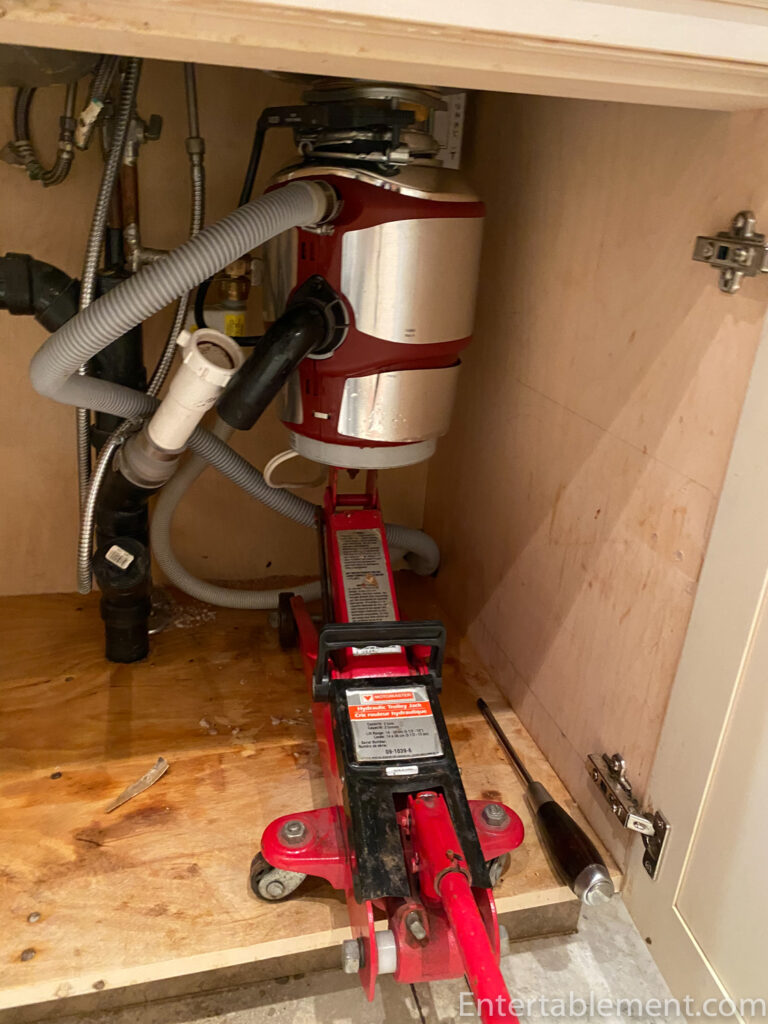 Saturday morning. Moxie between us on the bed all night. Not showing much interest in life, including using the litter box. Rise and shine. Walk the dogs. Peel the potatoes, On to setting the table. 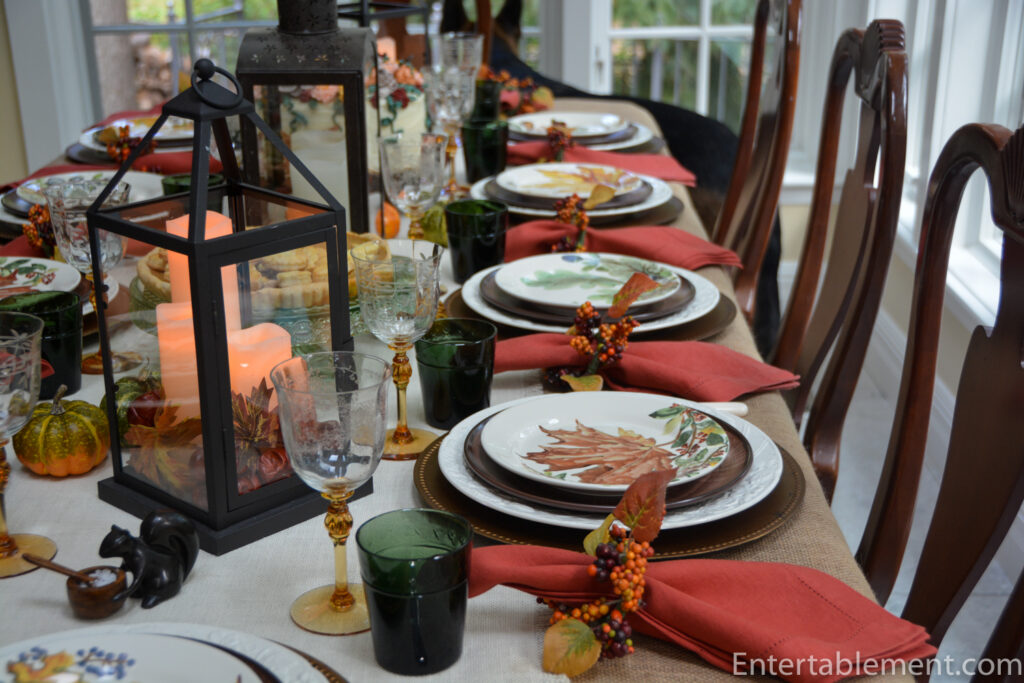 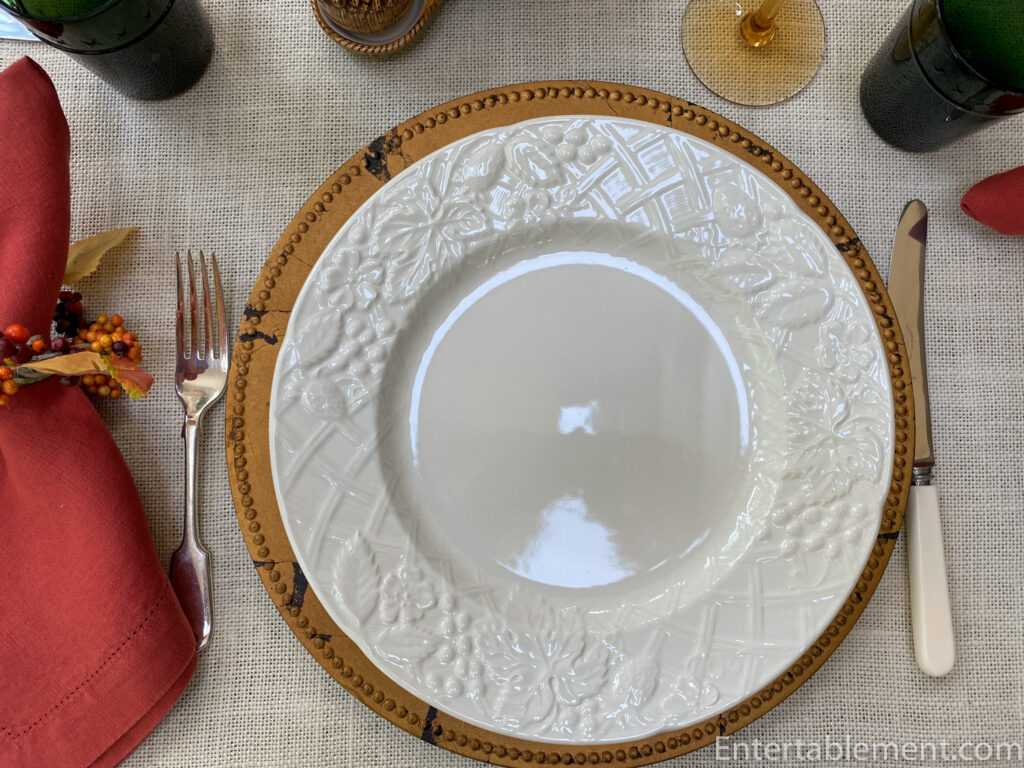 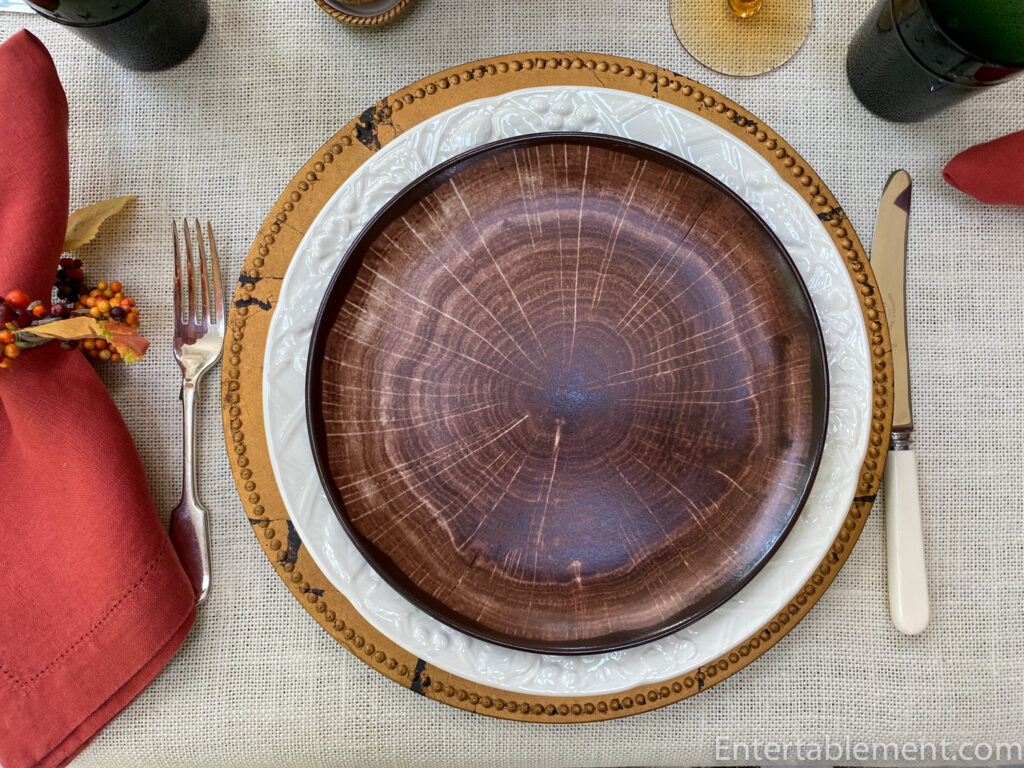 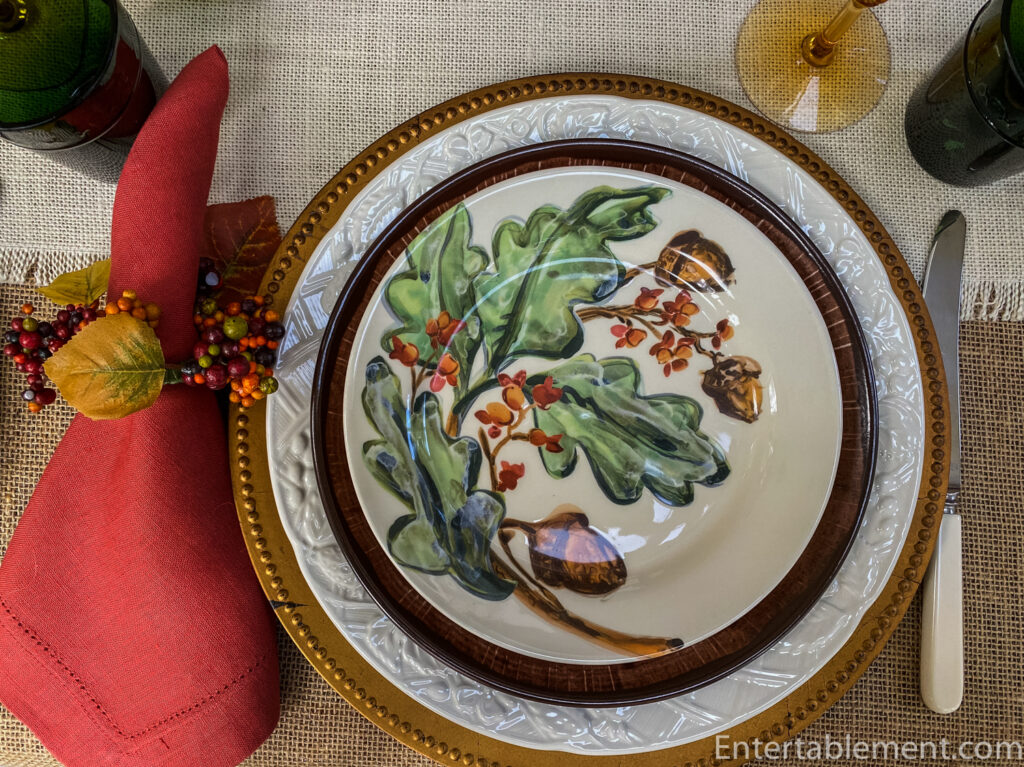 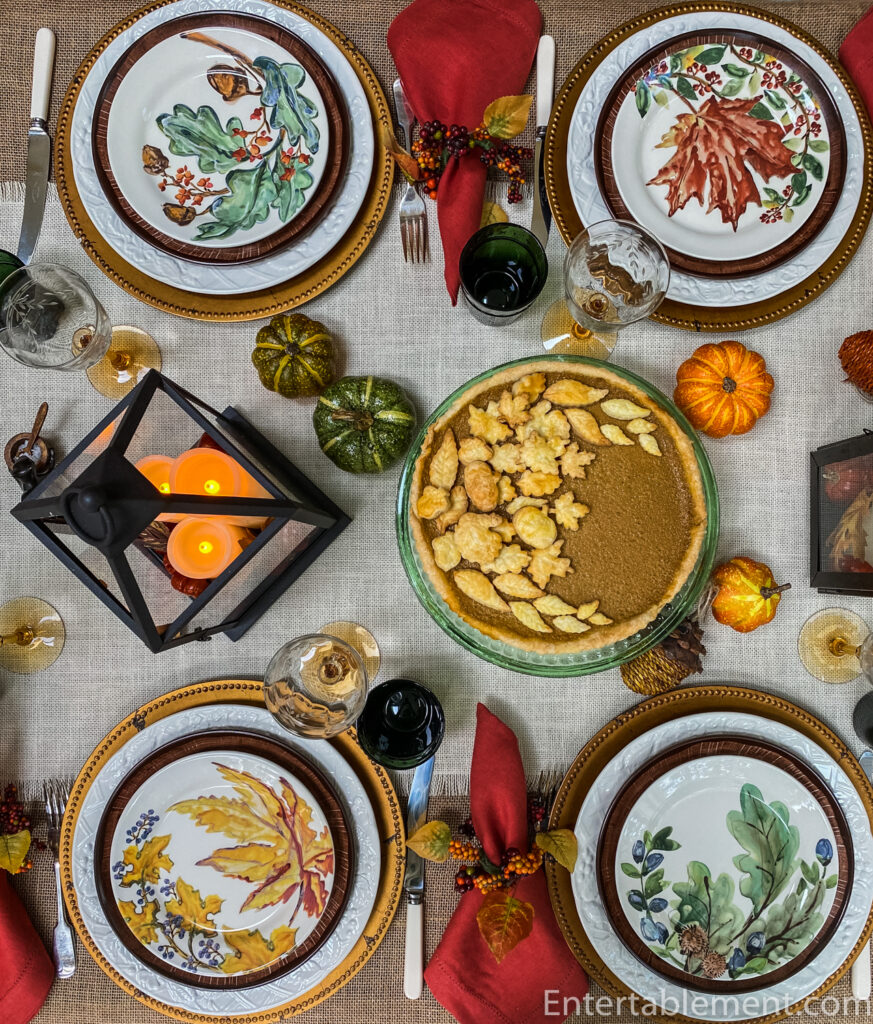 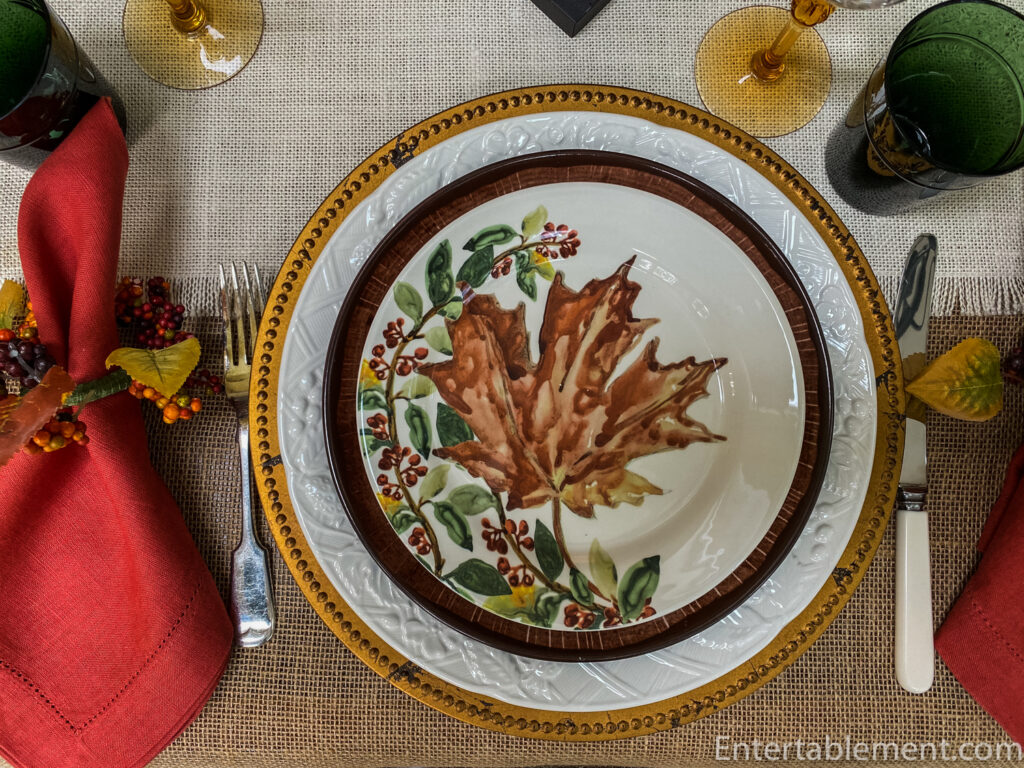 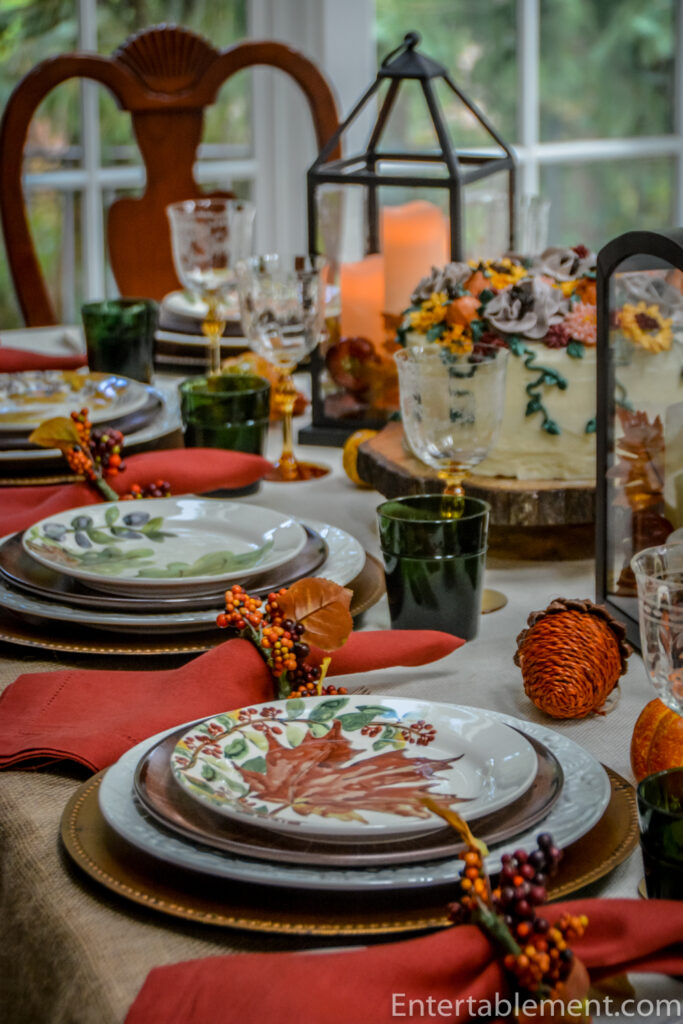 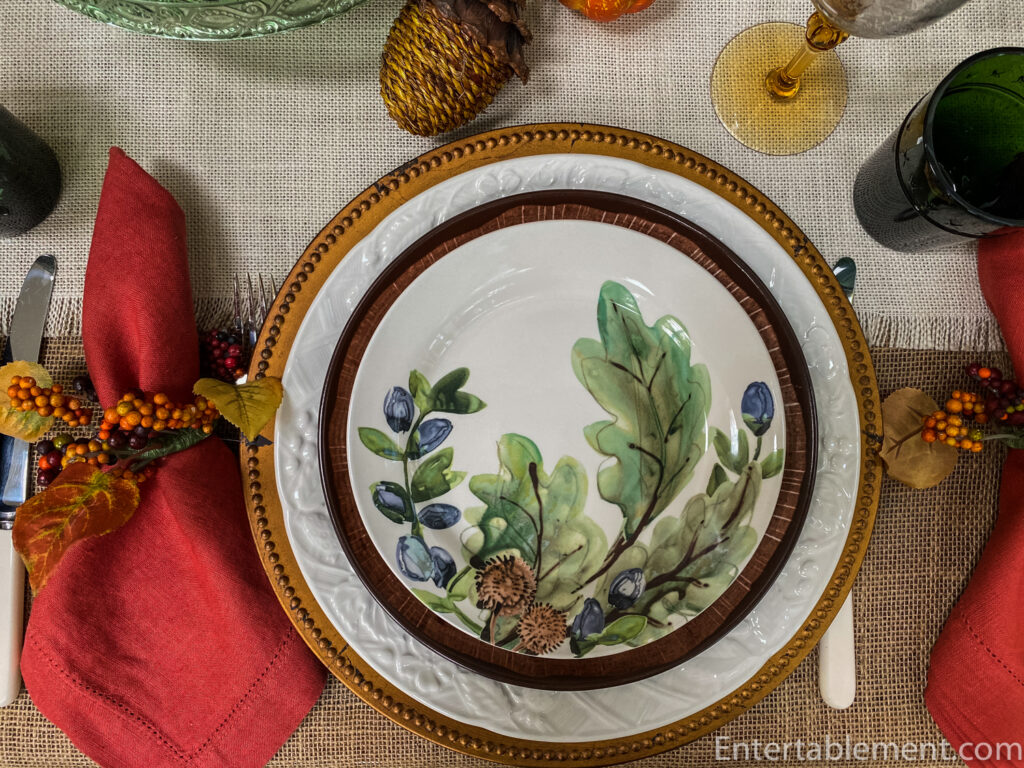 I’ve had the dark orange napkins forever, and the bittersweet napkin rings were from Pier 1. 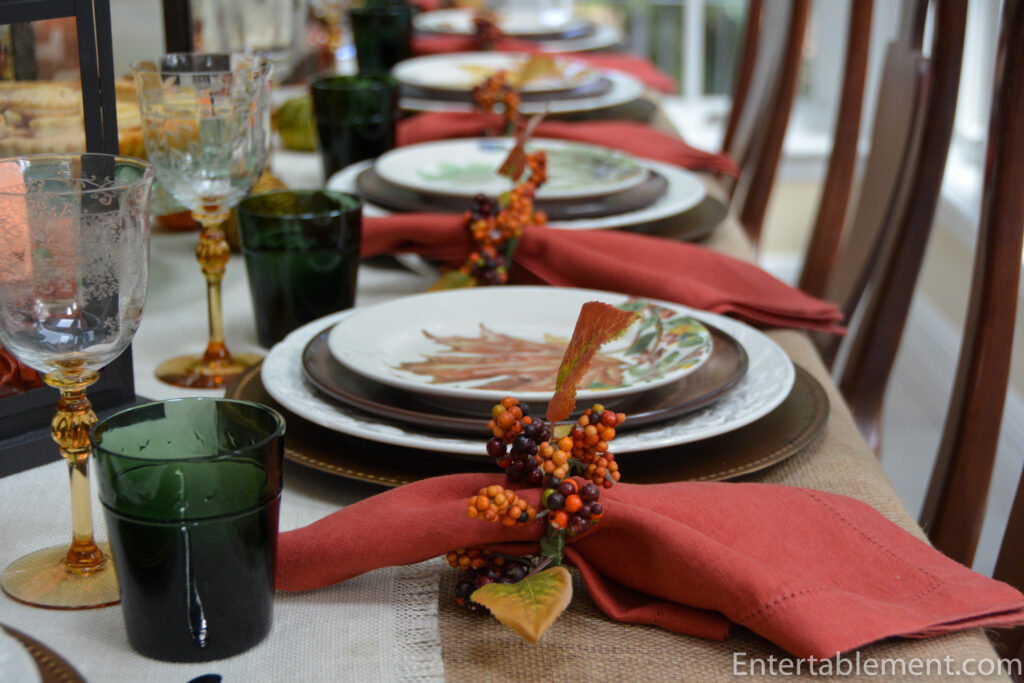 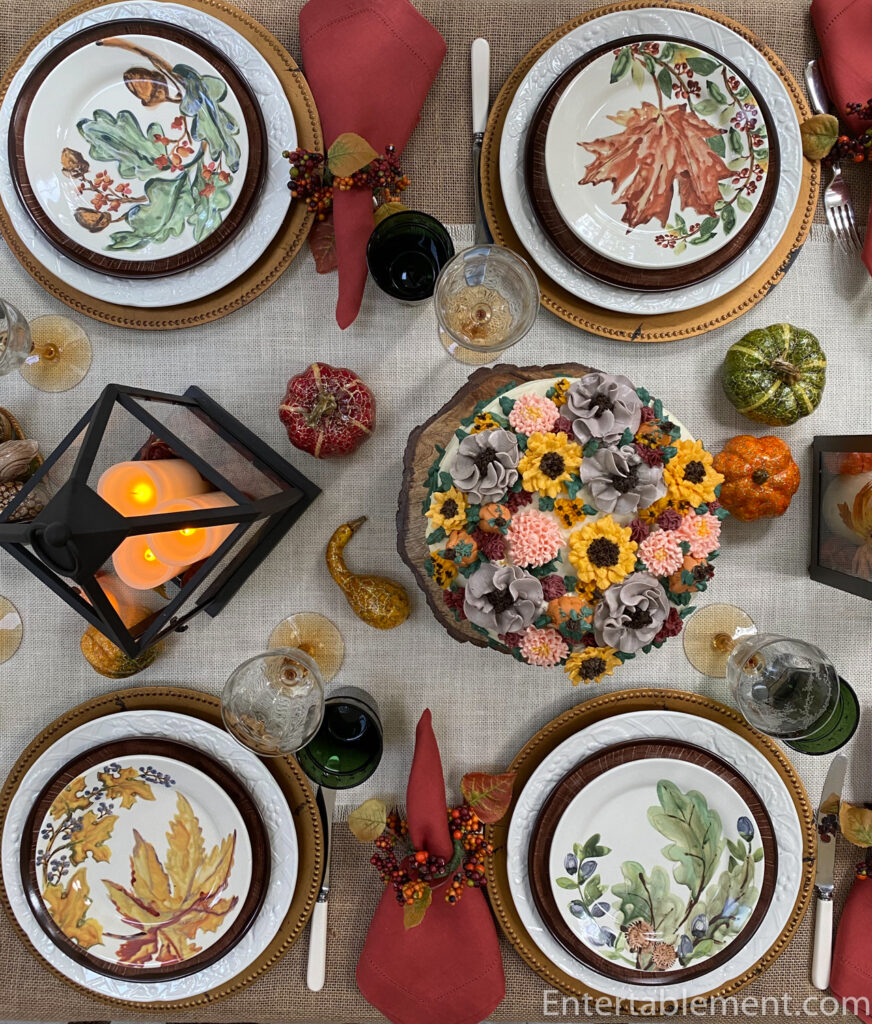 Squirrels and acorns held up their ends of the table, 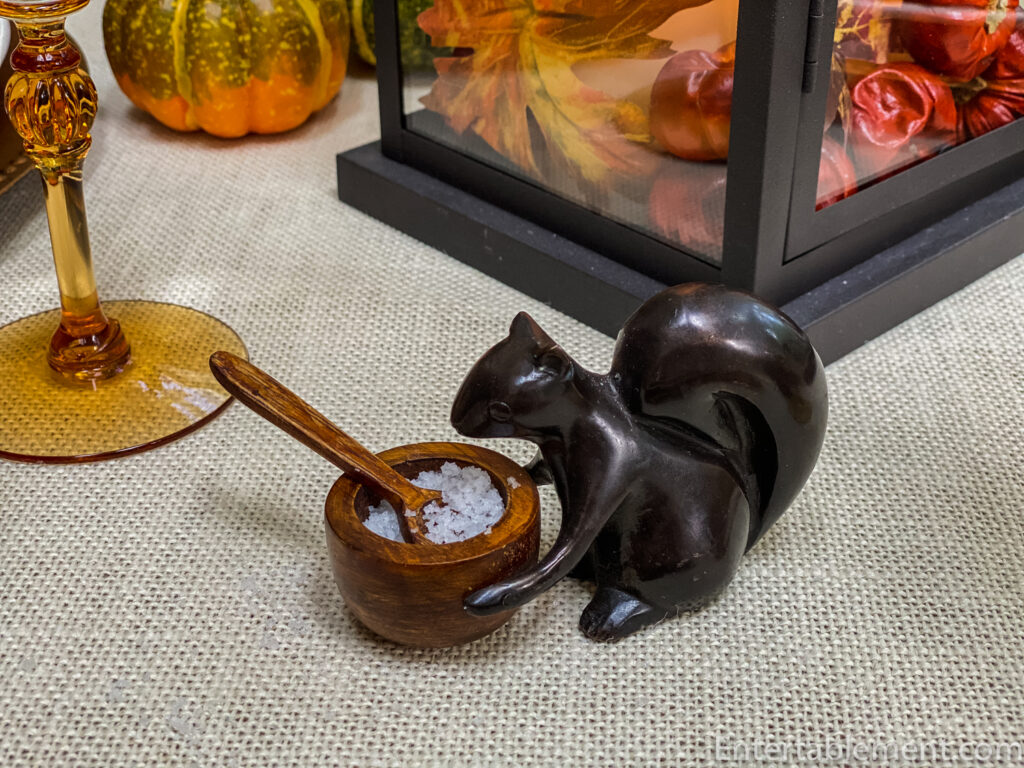 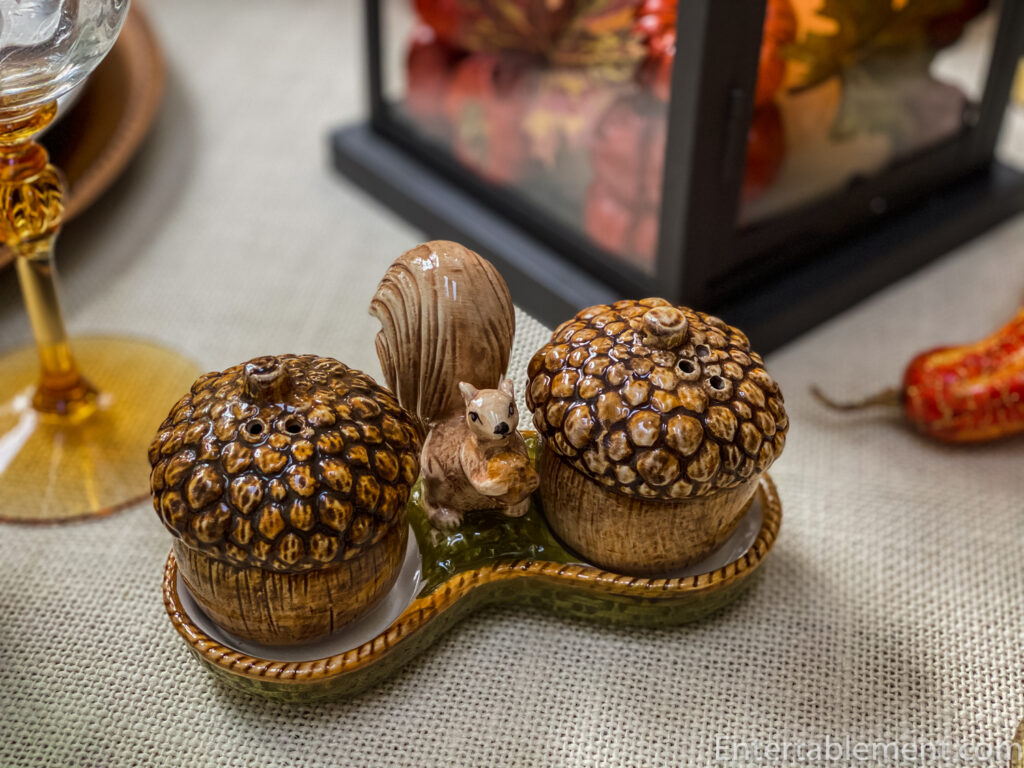 Dinner was the usual Thanksgiving fare: turkey, Sausage Stuffing with Apple, Celery, Cranberry and Sage, Cranberry Chutney, mashed potatoes, Brussels sprouts roasted with pancetta, roasted beets and roasted carrots. The kids brought the vegetables and did yeoman work helping in the kitchen during prep and clean up. It was a real group effort. 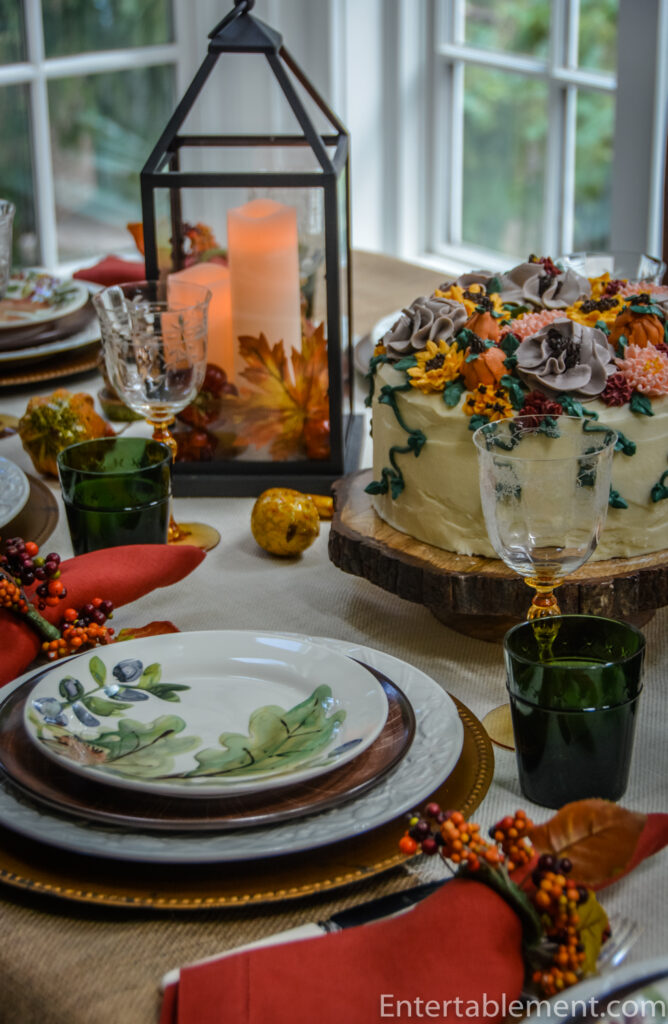 Moxie is feeling much better this morning. She is now taking fluids on her own, which is a good thing. All of our bedding, including the duvet, is in the laundry room. Enough said. Borax, washing soda and a lot of hot water eliminate the scent of cat urine, don’t they? Please??? It’s such a pervasive odour. Oh, joy. Fortunately, the mattress was spared. 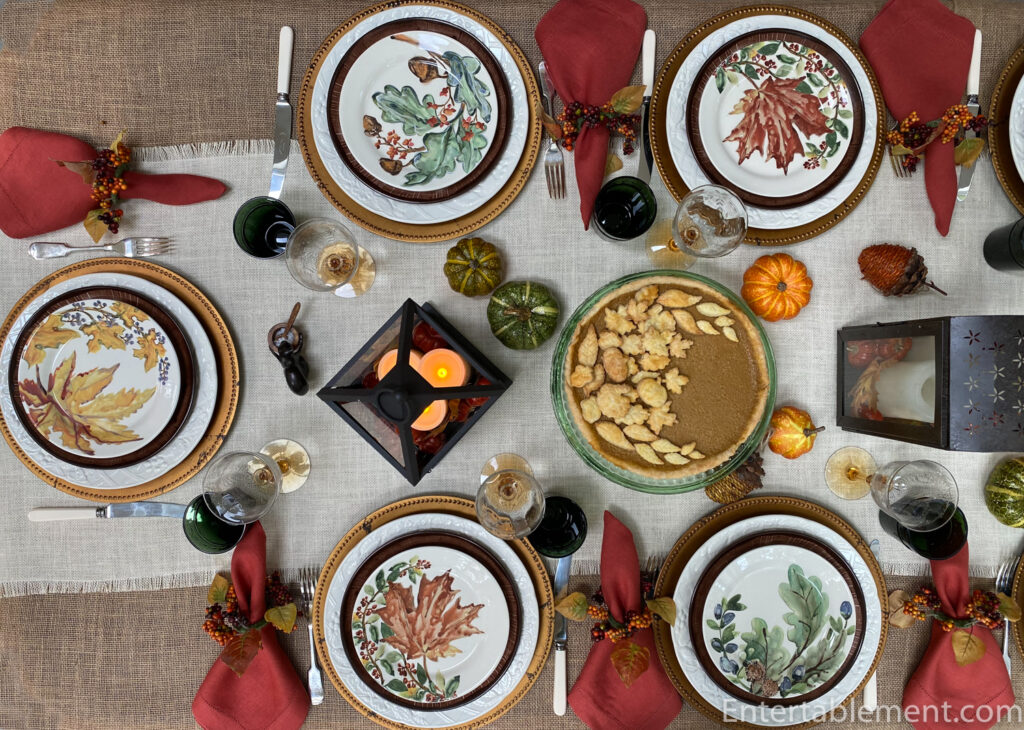 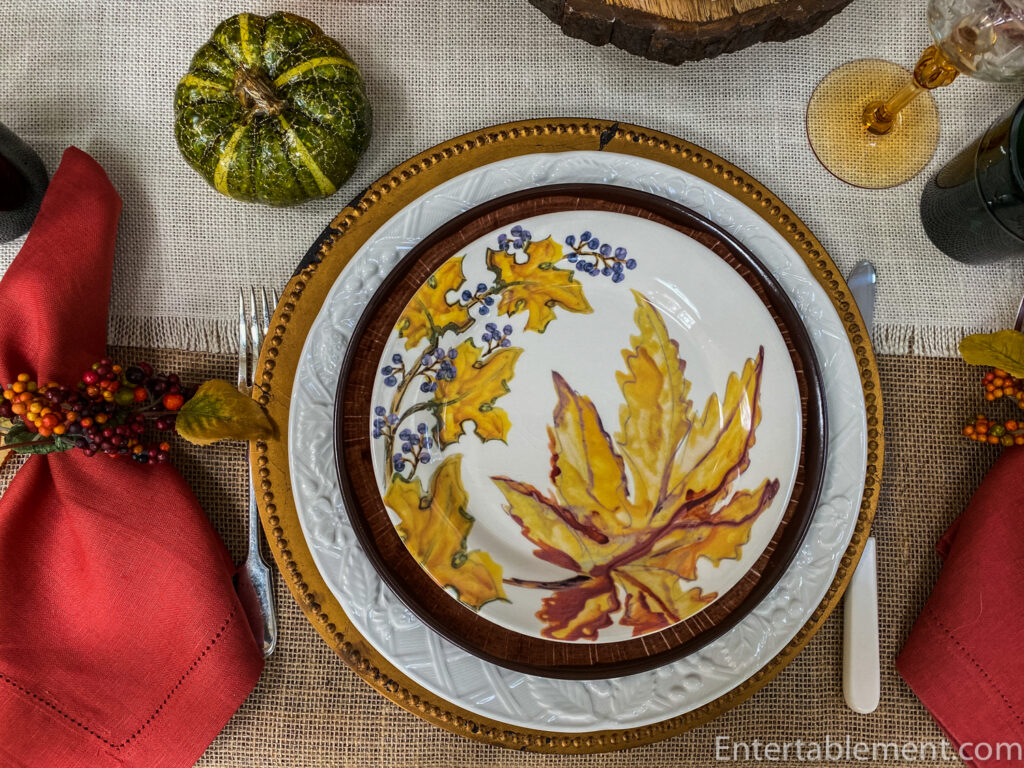 From our house to yours, Happy Thanksgiving, albeit a bit early, even for Canadians! 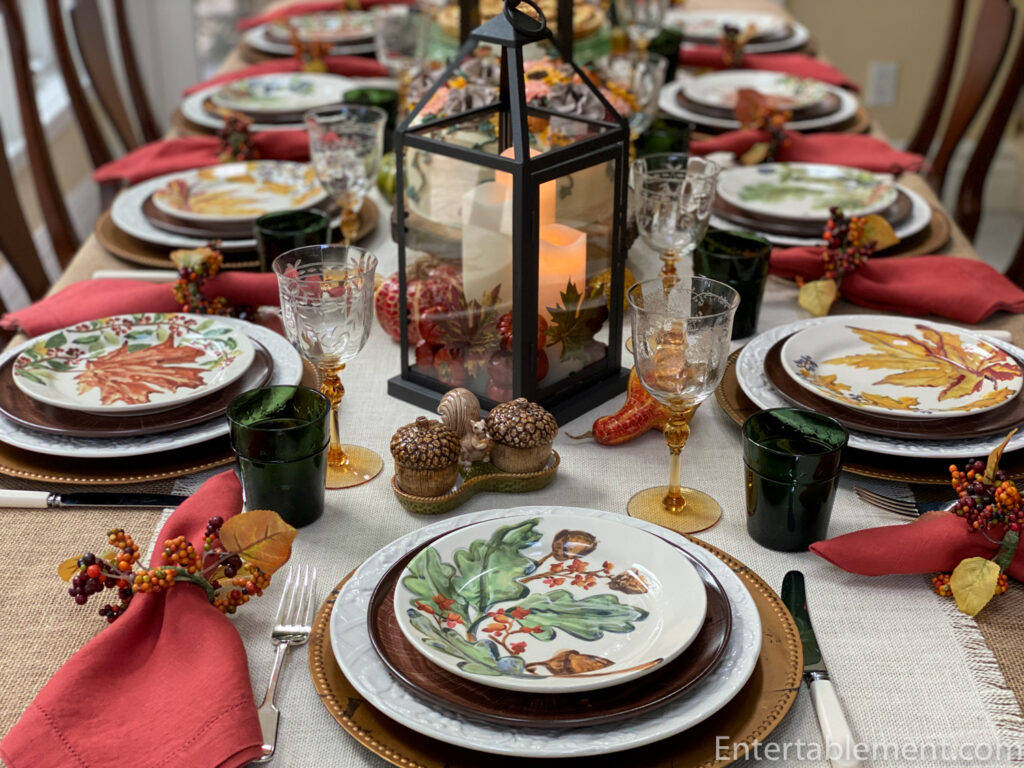 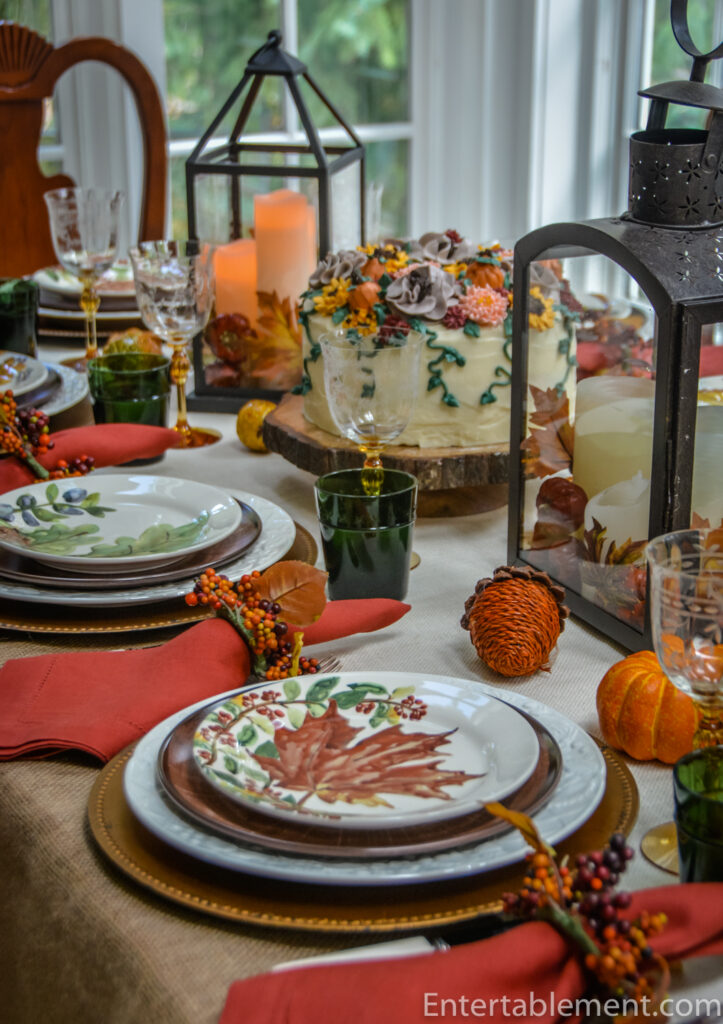 Enjoy your week, all!