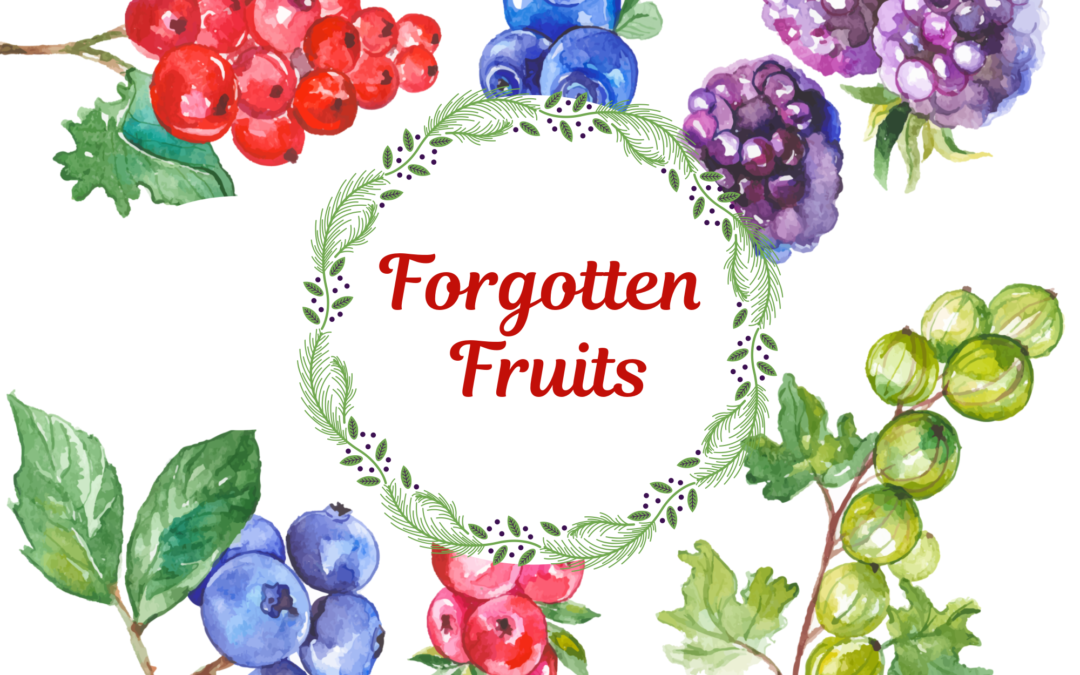 Gooseberries and currants are underrated fruits. Cultivated for centuries and held in great affection in the UK and Europe, these Ribes family members are relative strangers to Americans. 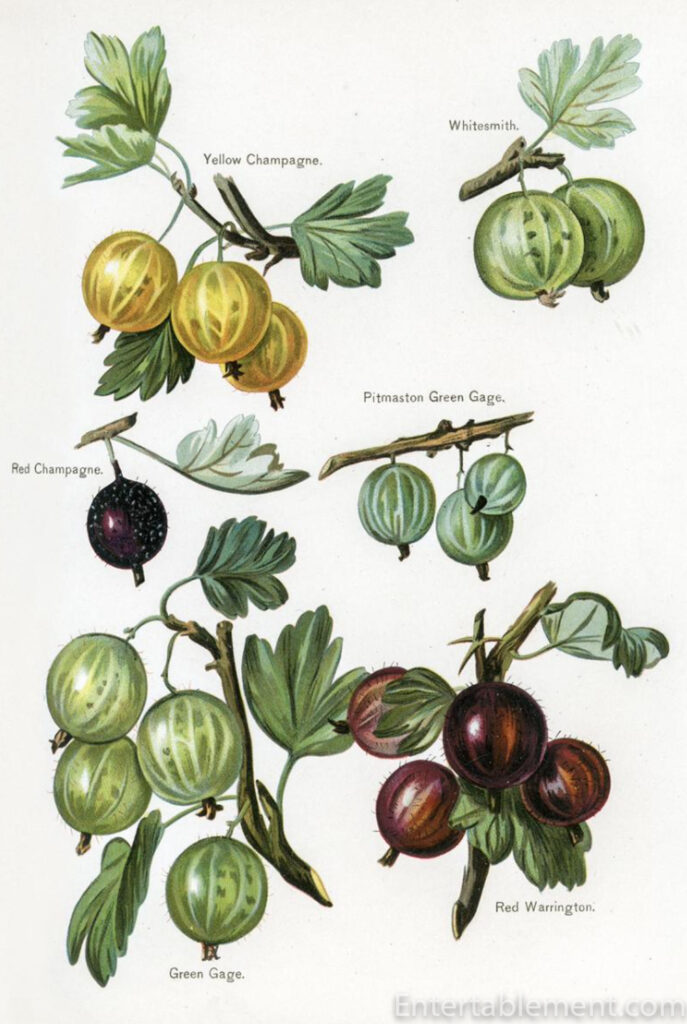 Gooseberries used to have their own societies – more than 170 of them in the mid-1800s – with annual contests for the largest gooseberry held in midsummer at local pubs. Gooseberries were big back then; literally, the winners were as big as a goose egg. Gardeners would pack their carefully picked berries in specially-made wooden boxes lined with cotton, sealed with wax and present them for weighing “down the pub”. You can still find trophies for the most colossal gooseberry in a few pubs in Cheshire, England. 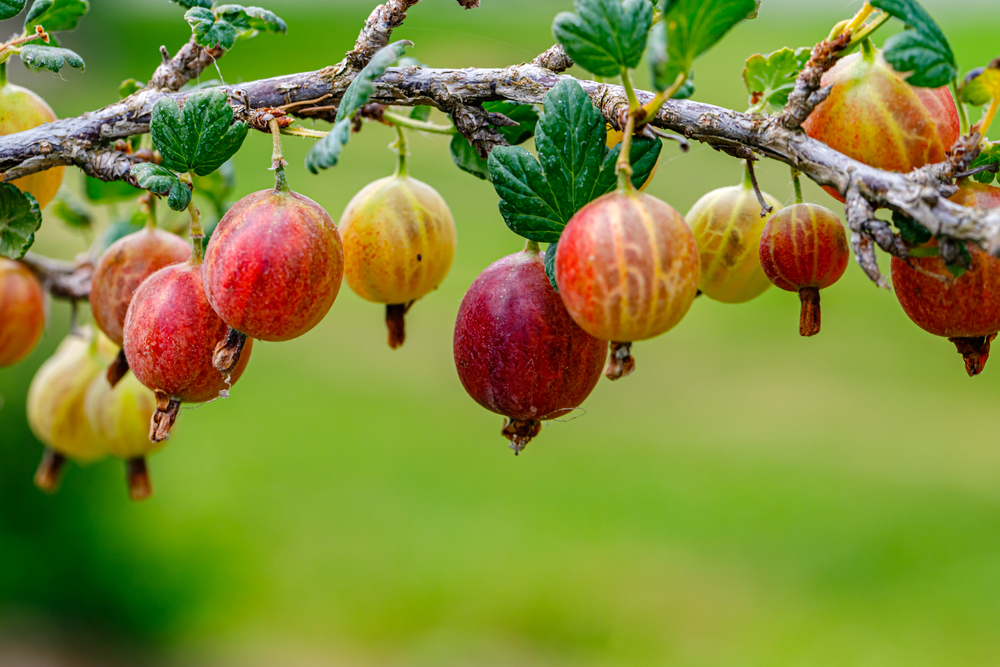 Gooseberries, like currants, come in a variety of colours. Green is the milder and more common variety; red has more sugar and is more apt to be eaten raw. Compared to raspberries, blueberries and strawberries, they’re quite tart, making them perfect for jams and jellies, fruit wines, or being preserved whole in syrup.

For the last century, their absence in America was due to a 1911 federal ban on growing the plants. Ribes served as an intermediary host for white pine blister rust; not unnaturally, the timber industry took exception. Happily, with the development of new disease-resistant plants, the federal ban was lifted in 1966, and individual states now decide what types of Ribes plants their gardeners can grow. 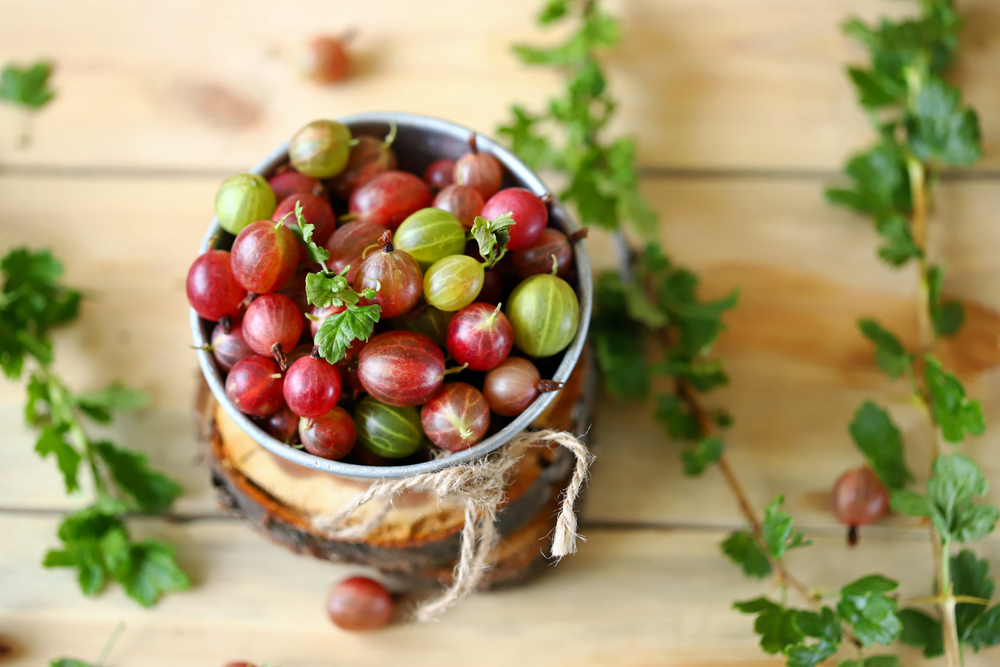 Rhubarb, another underappreciated old-fashioned fruit, faced no such regulatory headwind and is better known on both sides of the pond. Frequently combined with strawberries in dessert form, rhubarb has excellent potential in savoury applications; cooked with ginger, a little brown sugar and some pink peppercorns, it’s a delicious accompaniment to pork roast. 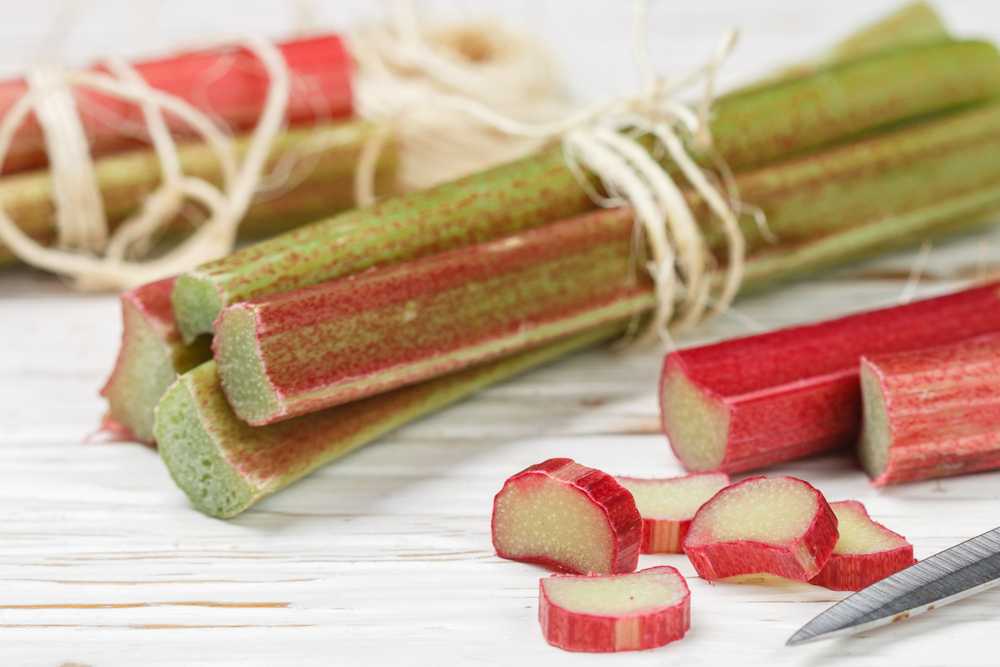 Currants are on par with wild blueberries for being finicky to pick. The black ones make the most luscious jam; the red ones are more found in jelly form, marvellous with cheese and charcuterie platters or cold meat pies. 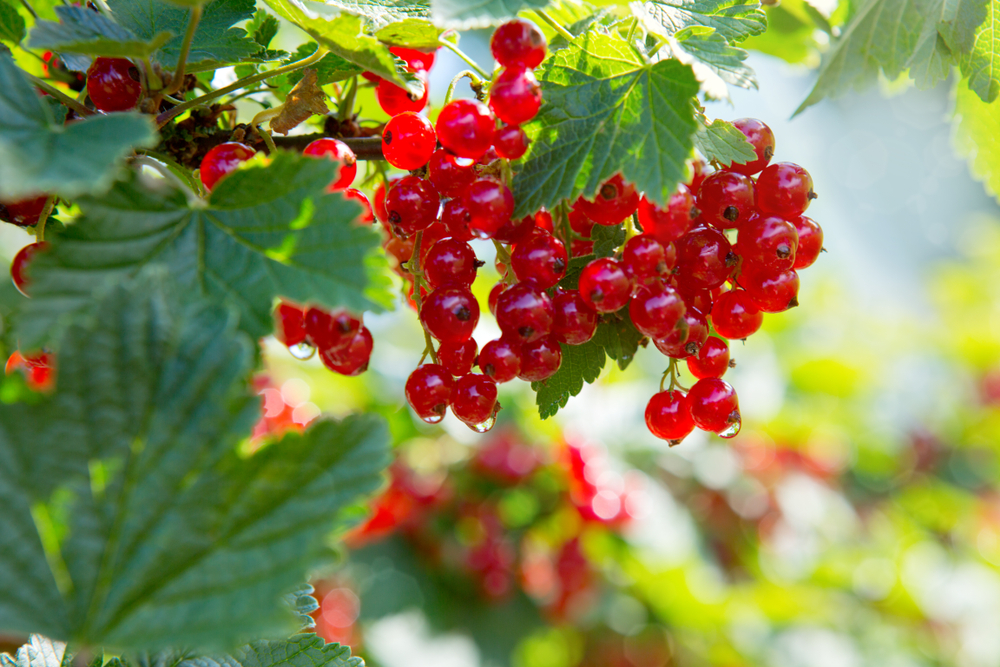 Our taste for old-fashioned fruits waned as our collective palate adjusted upwards on the sweet scale with the proliferation of packaged, engineered food and ubiquitous high-fructose corn syrup. They’re making a comeback, though, and can be found at fruit stands and farmer’s markets during the summer months and are available frozen from speciality growers, such as NorthWest Wild Foods in Washington State, Trader Joe’s, and even Amazon. 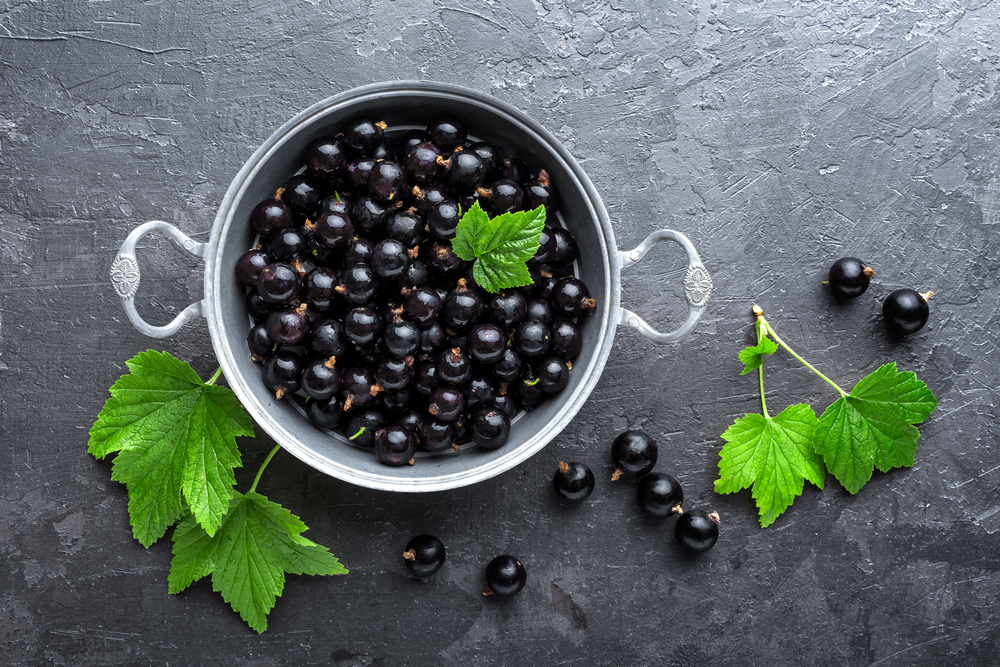 One more thing to note: black and red currants are not the same as the dried currants you will find in your supermarket’s bulk food or bakery section; those are tiny dried grapes. As Berkeley Cole said of Karen Blixen’s perfume in the movie Out of Africa, “Lovely, but not the same.”