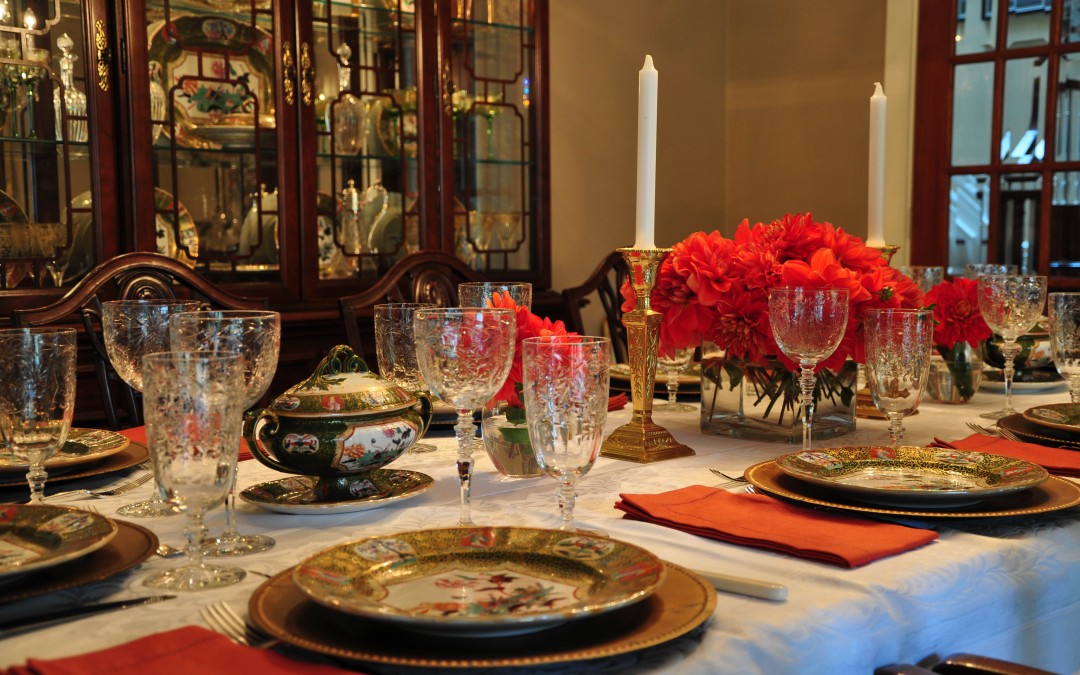 As I was organizing myself to write the post for Thanksgiving 2016, I realized that I’d never done a post for an earlier Thanksgiving dinner. Somewhere in there I had to switch from using Aperture to Lightroom for sorting and processing photos and the learning curve had me stumped for a while. No matter, here it is now. 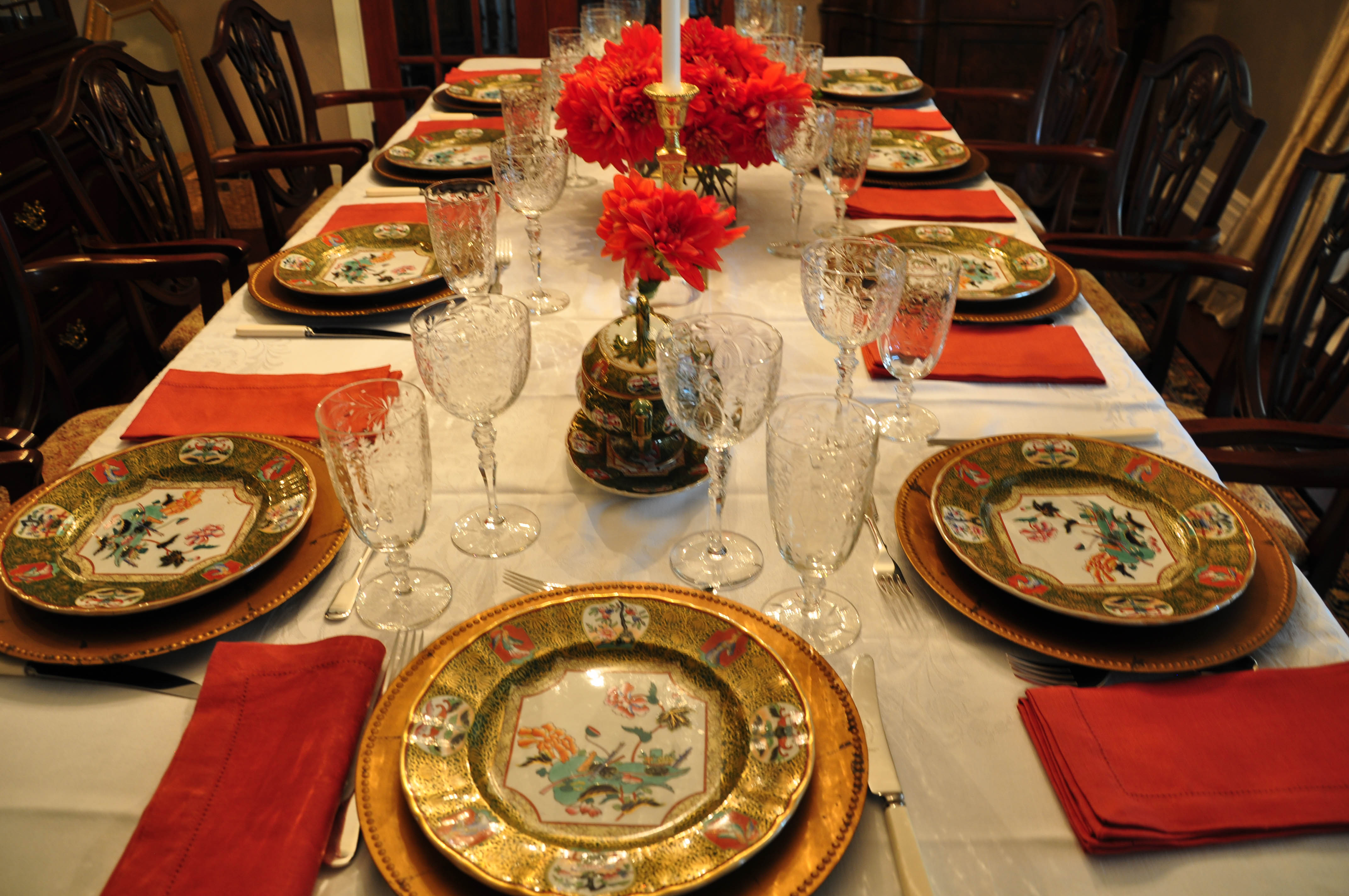 There were two sources of inspiration for this table setting. The first was the Ashworth Ironstone set that I bought from Country Dining Room Antiques as the shop was winding up following the untimely and much-mourned passing of the owner, Sheila Chefetz. I love the exotic patterns and bold colours of this set. It came complete with tureens, underplates, tons of platters (eight graduated sizes, I believe), twelve dinner plates, soup plates and dessert plates. It’s also sturdy enough to stand up to the inevitable occasional cutlery whack from the little people.

The second inspiration was the glorious dahlias I spotted at the greengrocer on Bayview Avenue in Toronto, where we shop whenever we’re in town. I had an inkling they would match the rust napkins I had already and sure enough, the table just glowed. 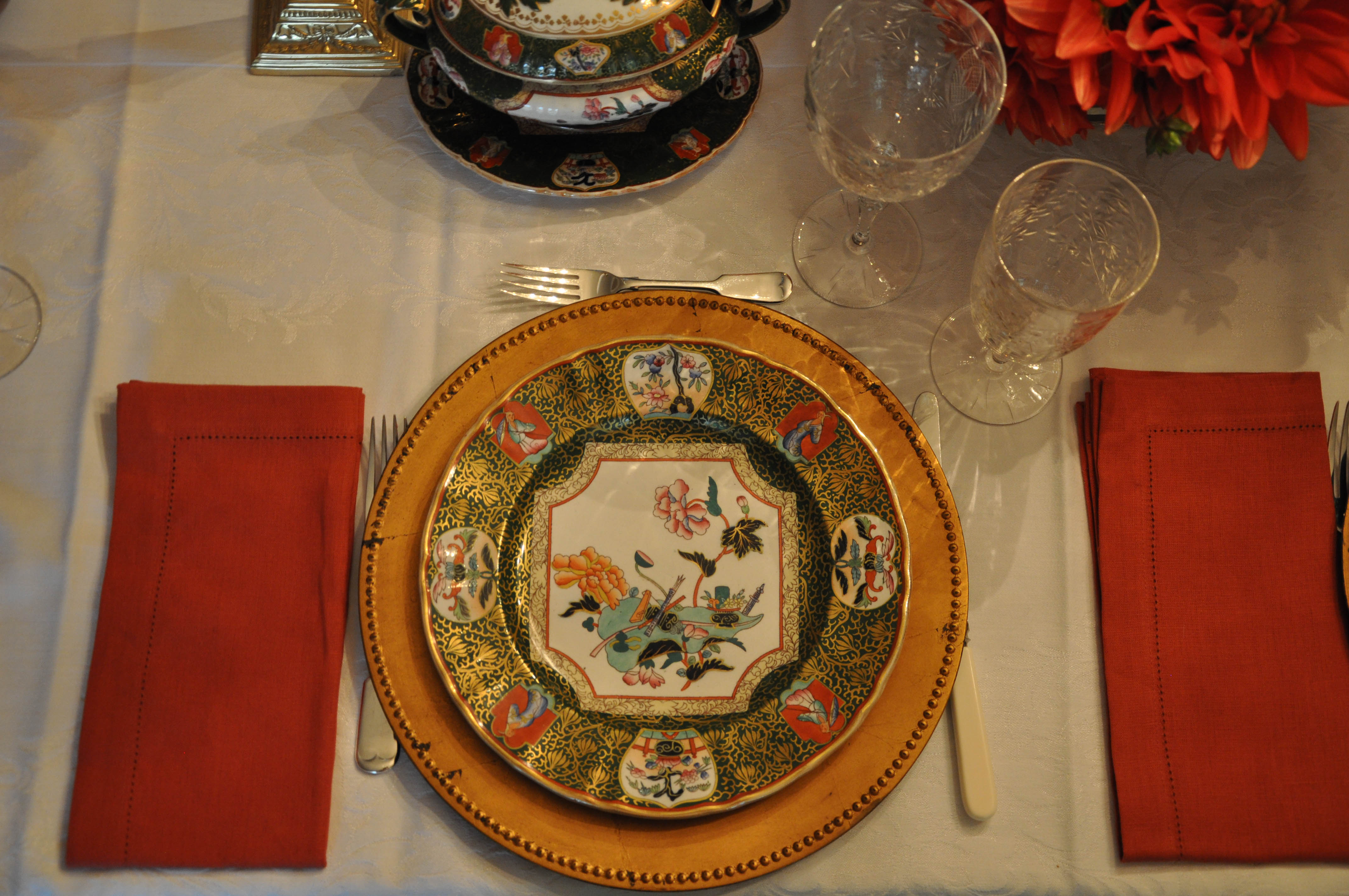 The colours are so vibrant

The goblets and water glasses are antique wheel-cut from Elise Abrams Antiques. The cutlery is a from a full bakelite handled canteen set that also came from Country Dining Room Antiques many years ago.  The napkins (discontinued) and chargers (still available) are from Pottery Barn. 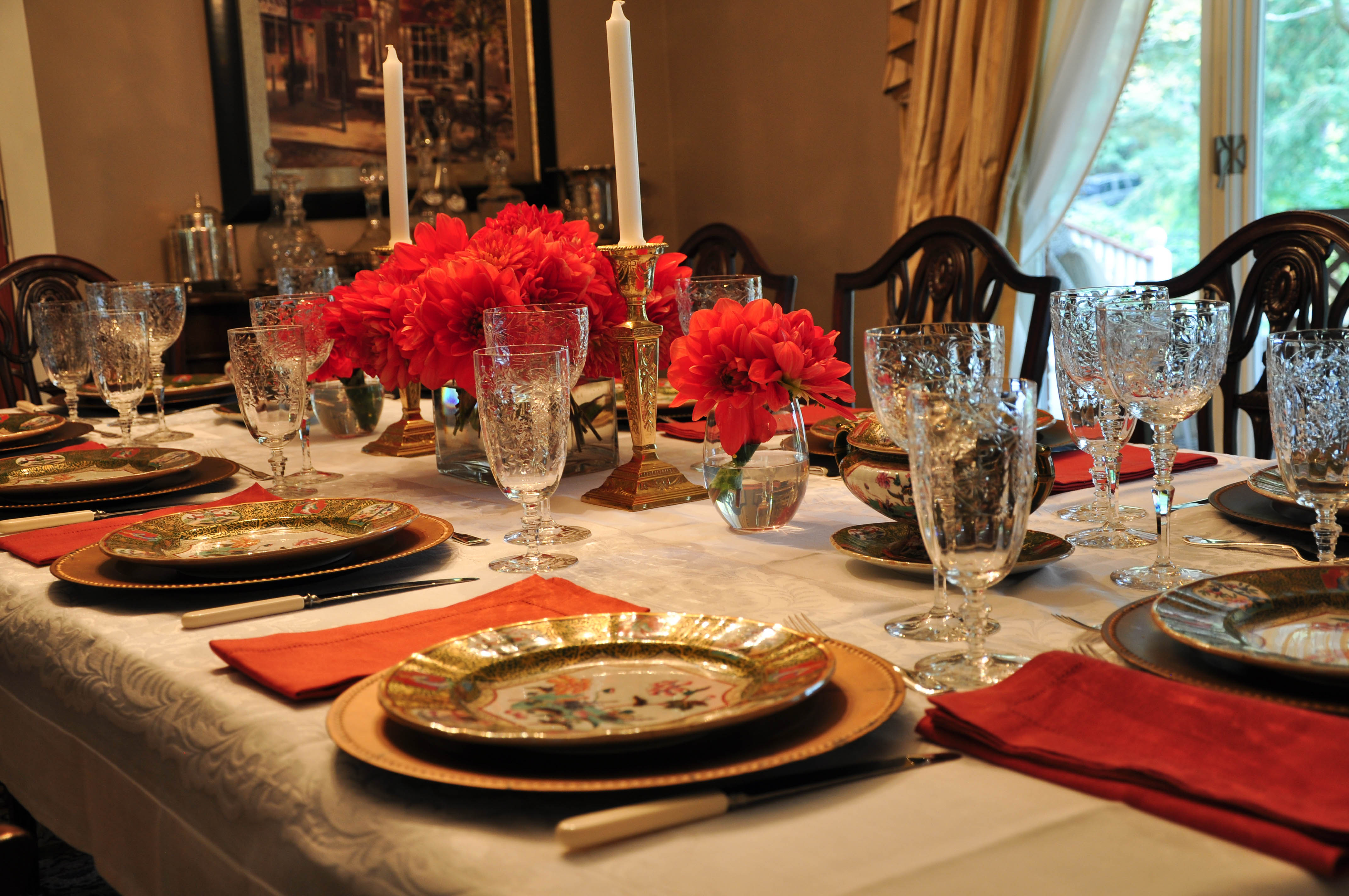 I am sharing this post with my friends at Between Naps on The Porch.