Hawthorne Light Turquoise with Lilies of The Valley 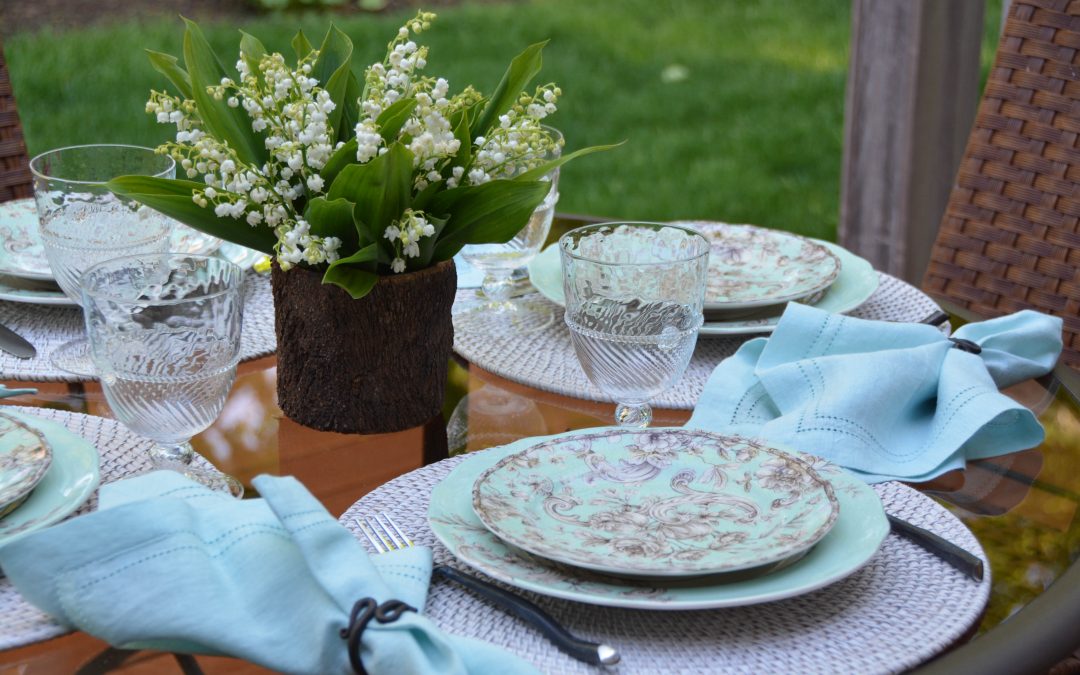 The lilies of the valley are blooming in earnest and I’ve greedily collected a bouquet for the table. 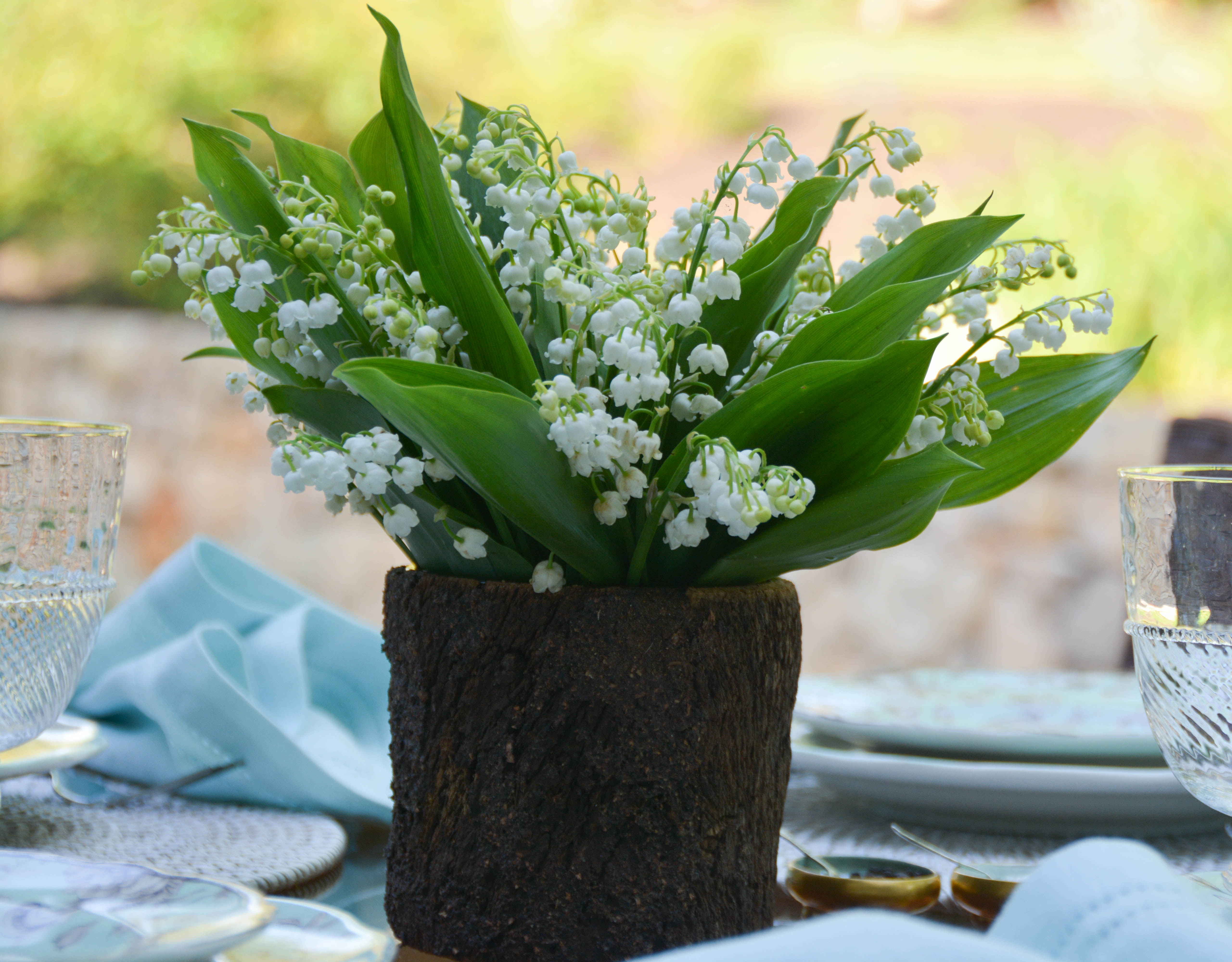 Their delicate flowers are best enjoyed up close, so I styled them on an intimate scale, loosely arranged as a solitary centrepiece in a bark-clad vase from Sav-on-Crafts. 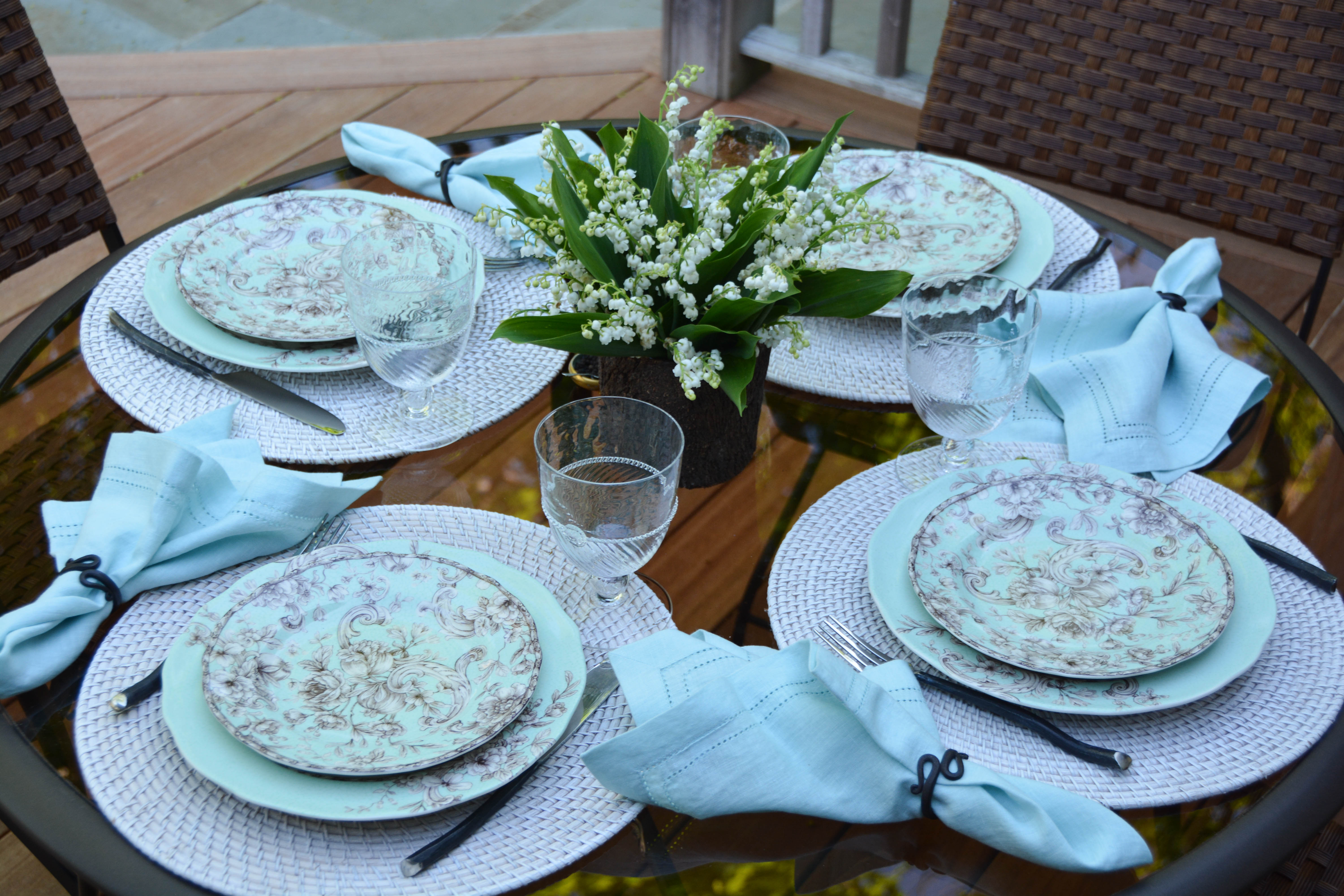 As to not detract from their stellar presence, I went with a fairly plain table arrangement with white placemats and and pale turquoise plates and napkins. 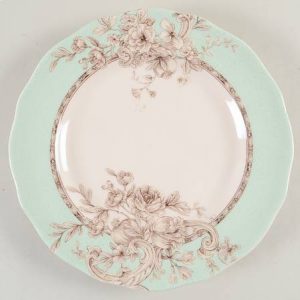 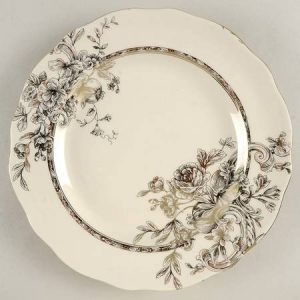 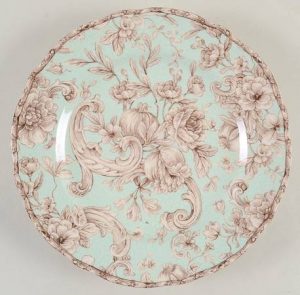 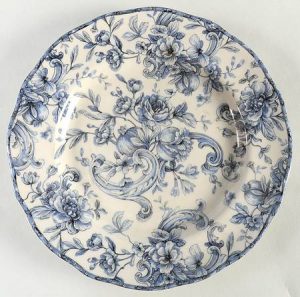 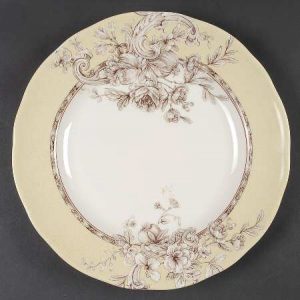 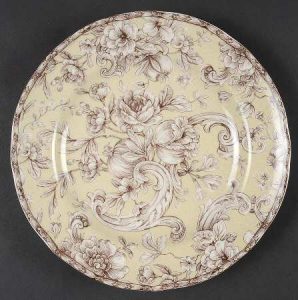 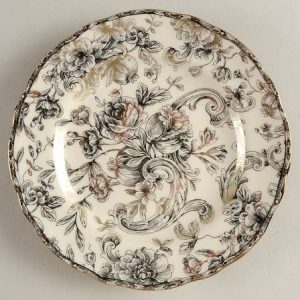 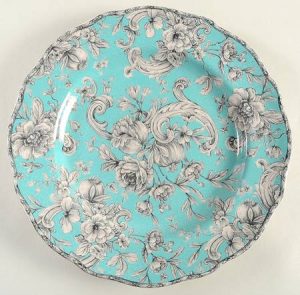 Hawthorne is a 222 Fifth pattern is available  in several colour ways including traditional blue, light green (which looks much more like light tan to me), gold electroplate (so romantically named!), turquoise, and light turquoise. I believe only the blue is in current production. The rest can be had through Replacements Ltd, sometimes on Amazon and sometimes on eBay. 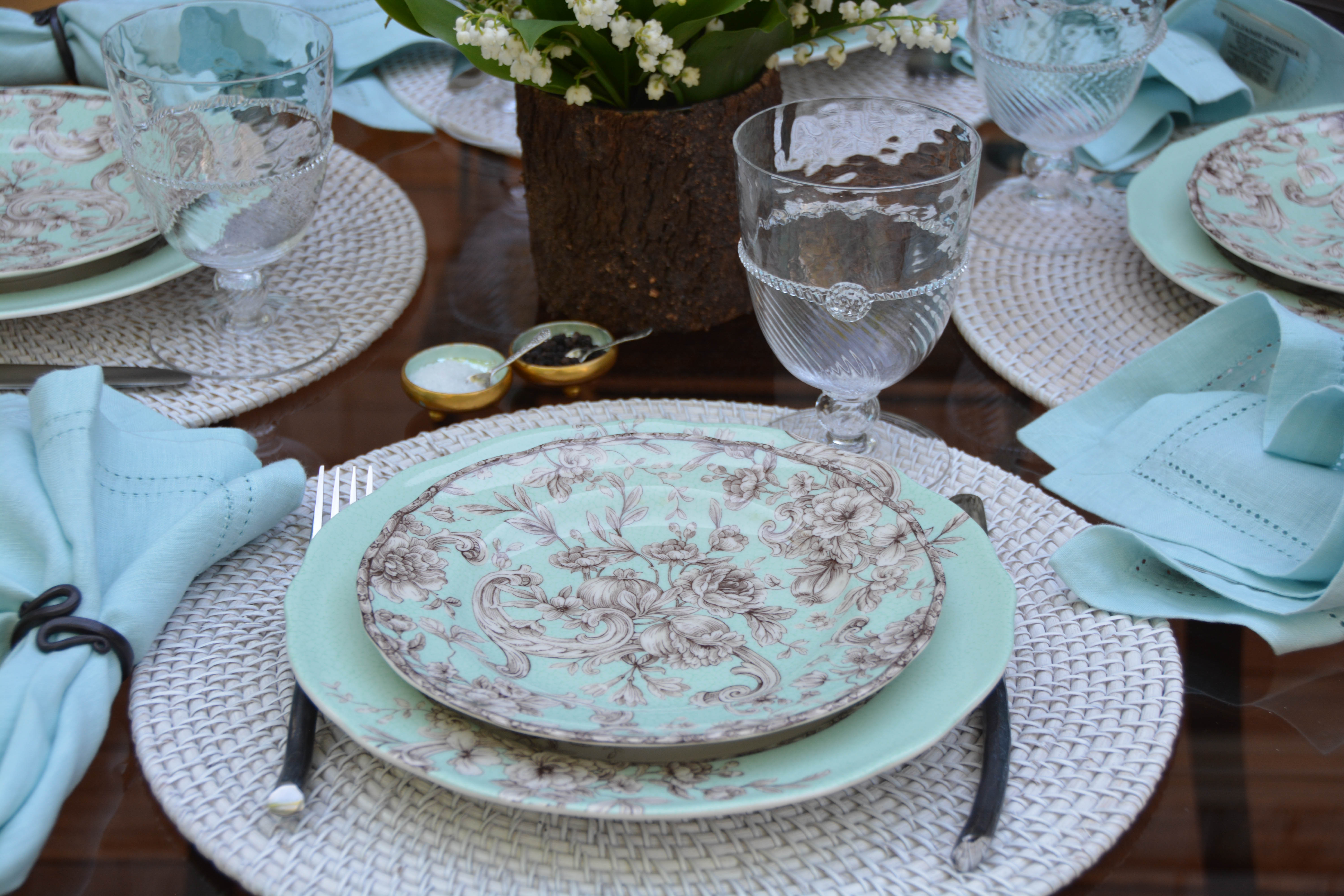 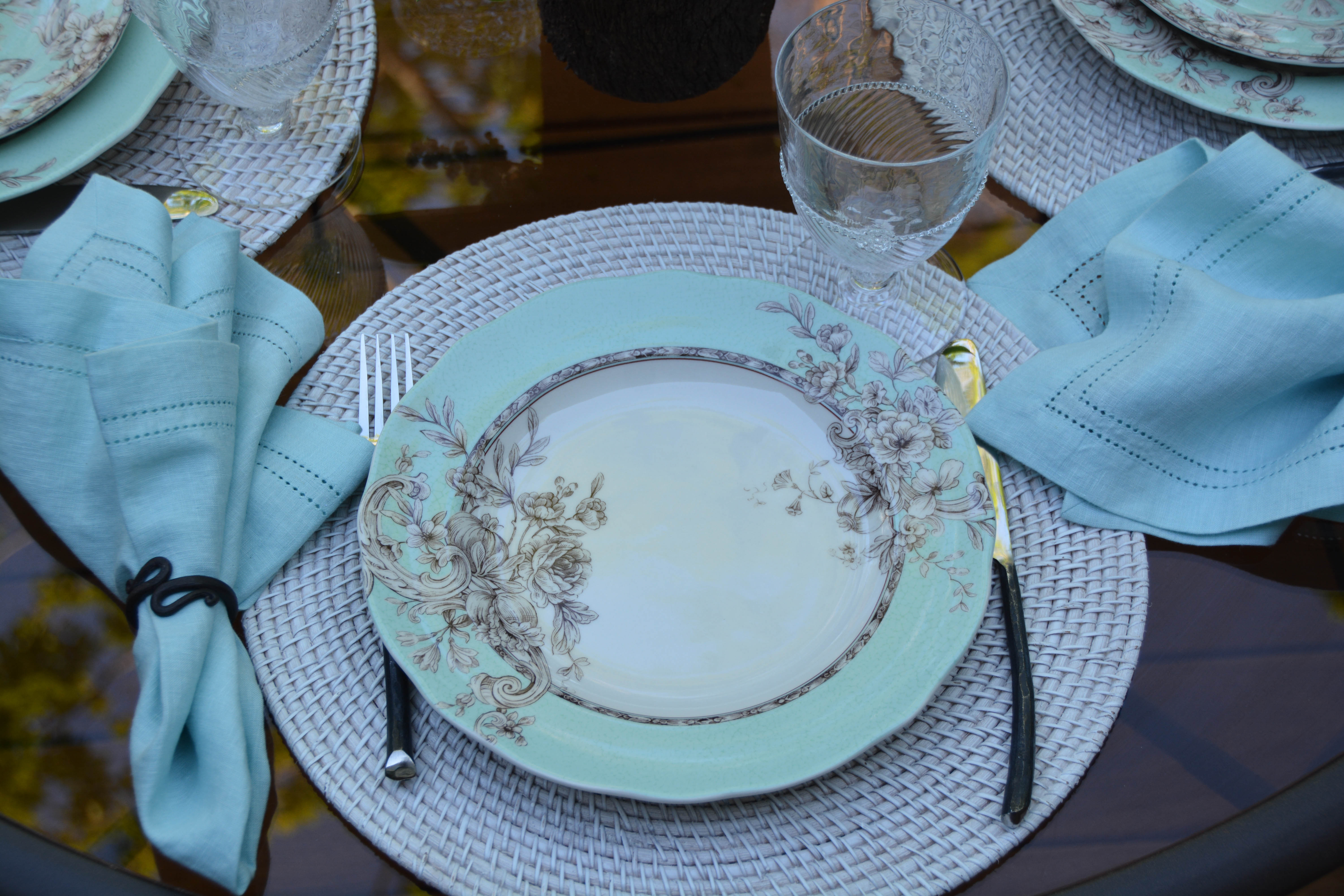 The dinner plate has a coloured band on the shoulder of the plate, with an etched design encroaching on the plain white centre. 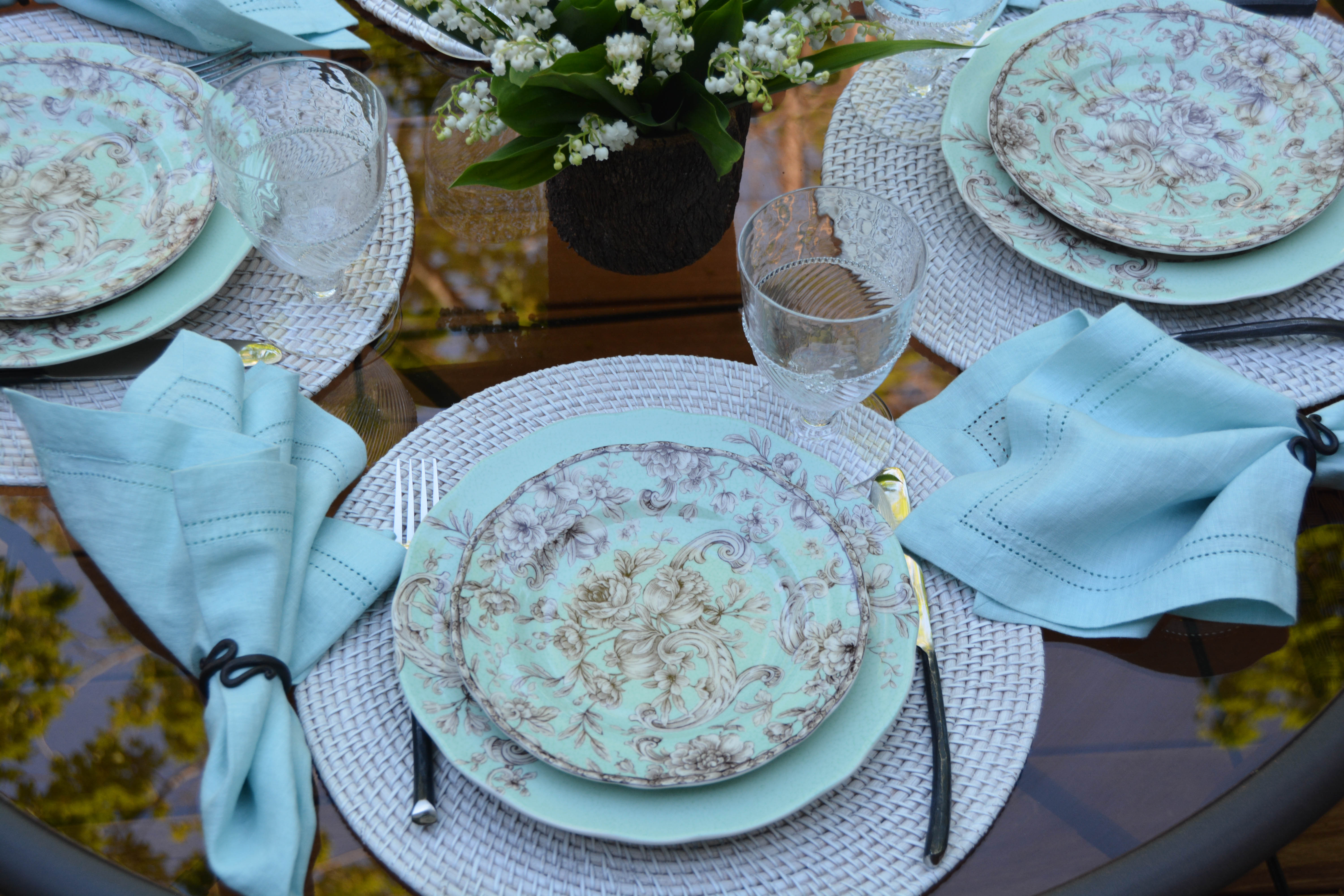 The salad plate has the etched pattern over the entire plate. The deep grey in the Twig cutlery and Fiddlehead napkin rings from World Market echo the pen-and-ink style of the etching. 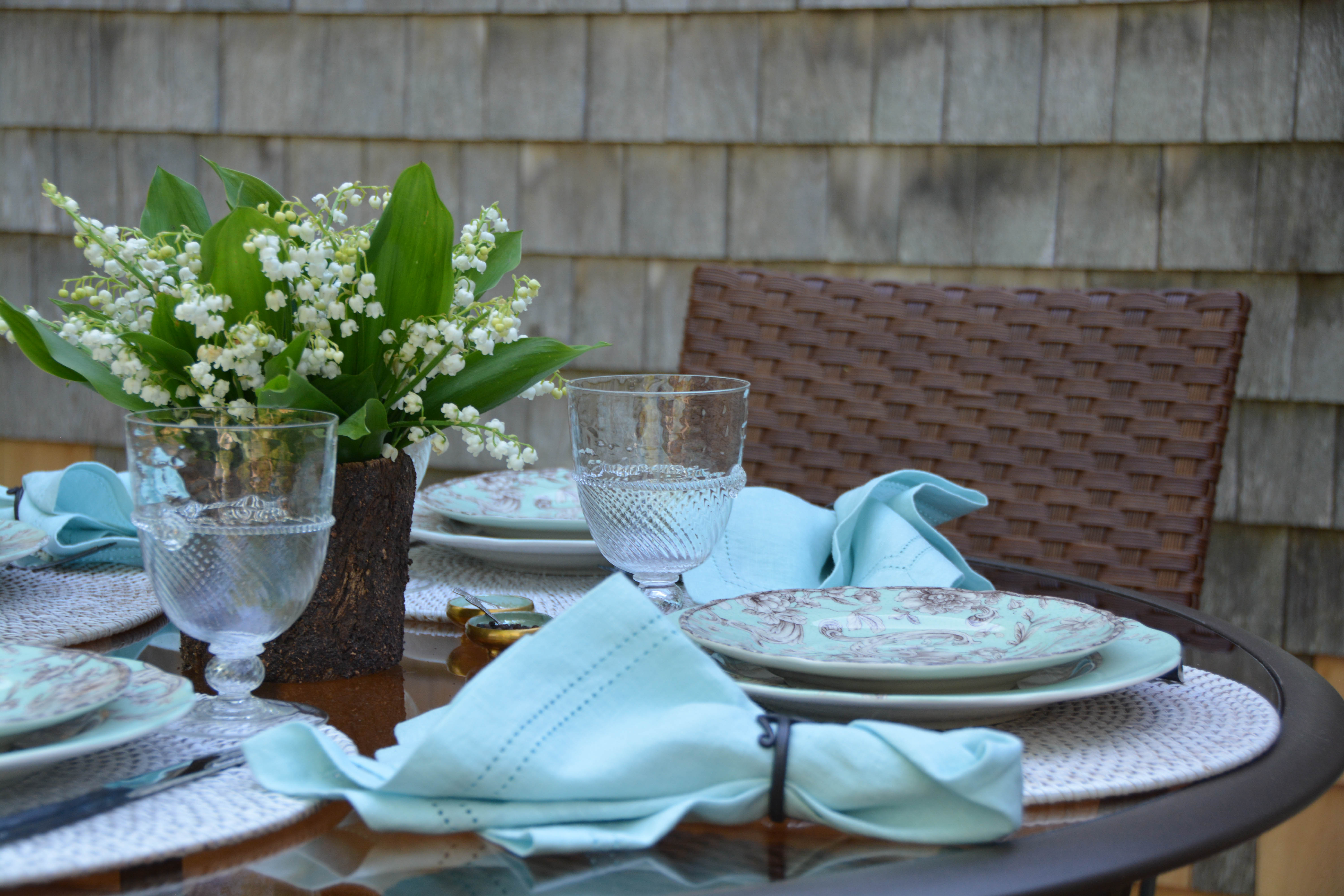 The napkins are from Williams Sonoma a couple of years ago, and are a delightful colour I also think of as Eau de Nil. 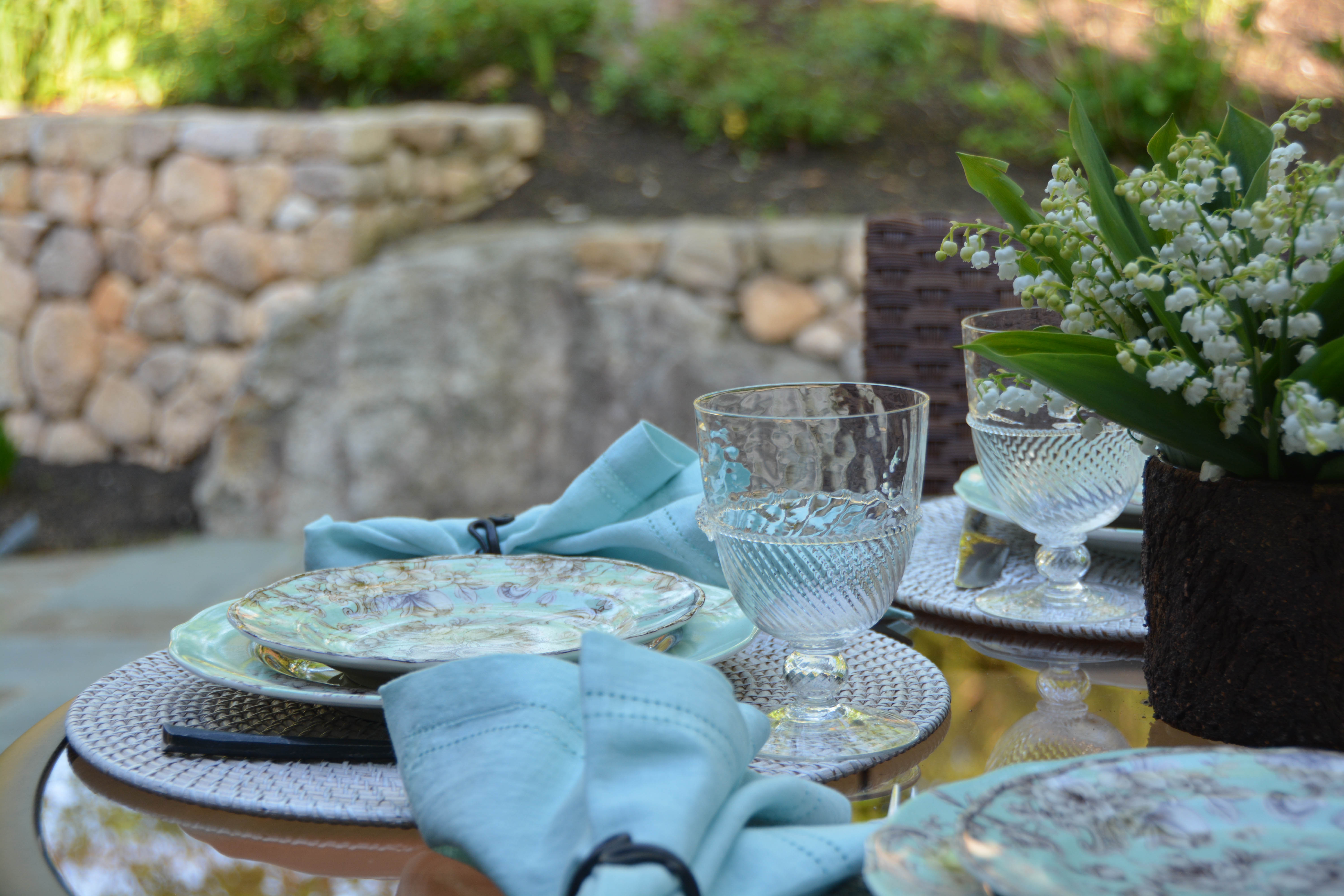 The water glasses are Graham Clear Footed Goblets from Juliska. 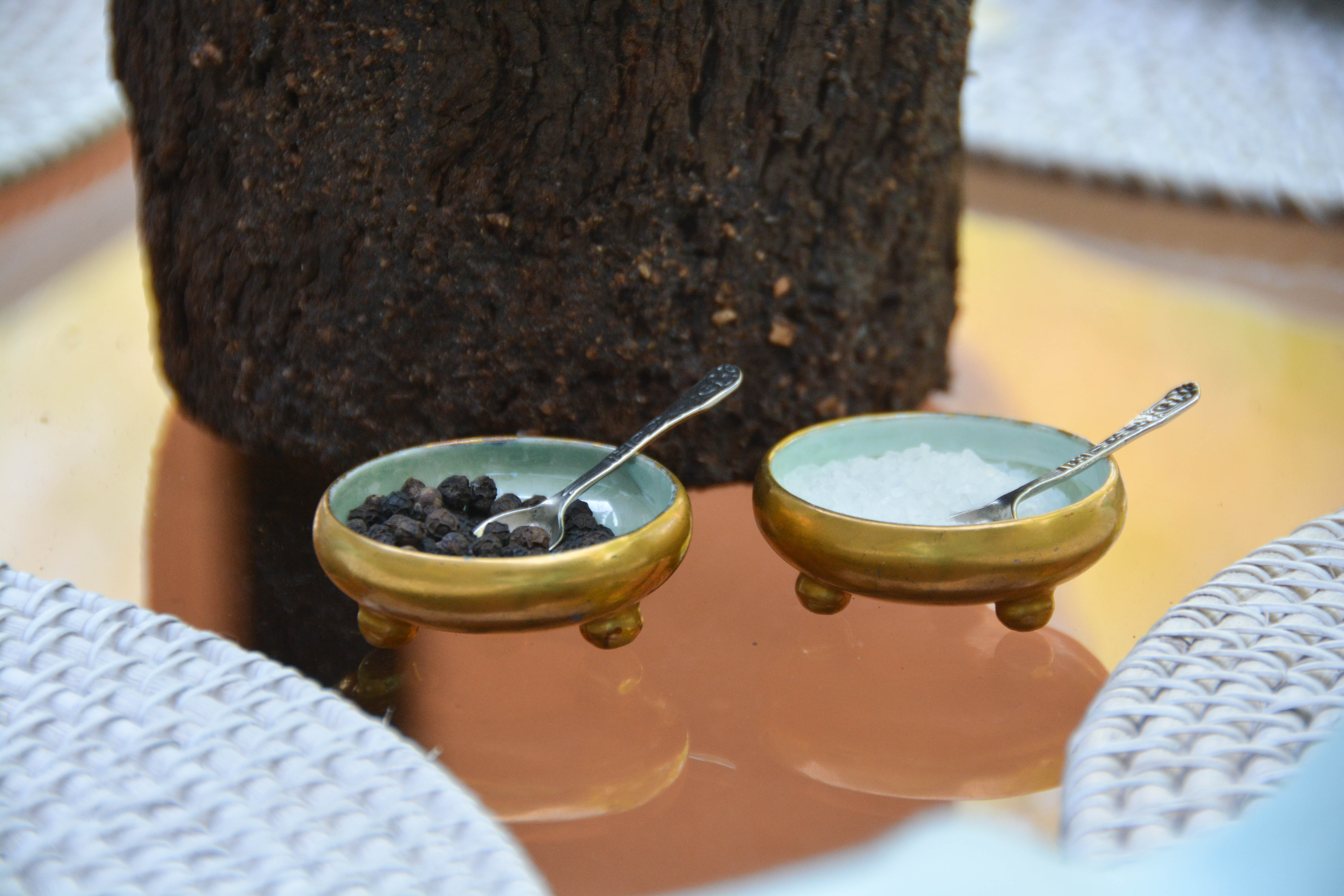 The interior of the open salts is an iridescent turquoise that captures the imagination and happens to match quite closely!  They came from Etsy a few years ago. 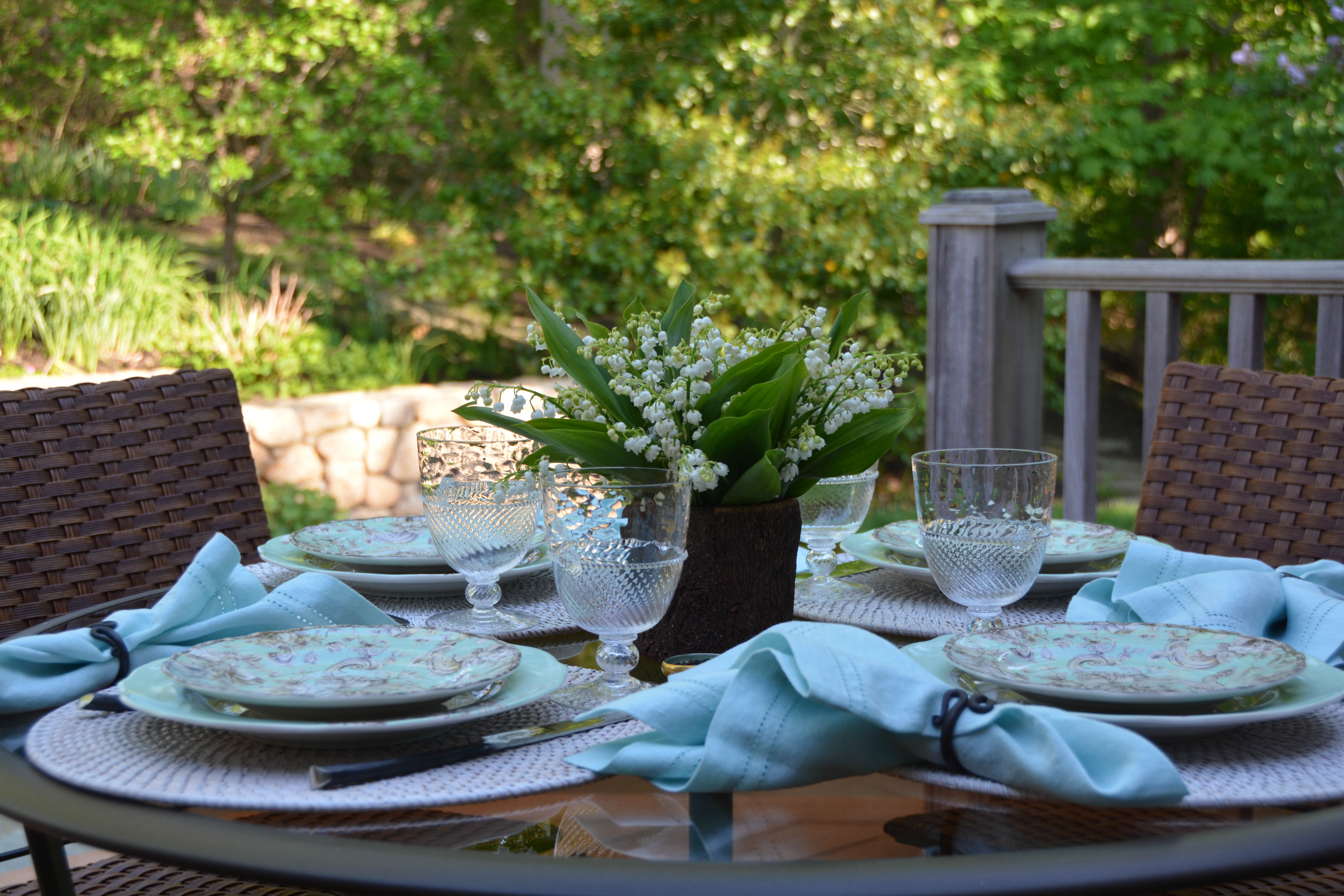 Enjoy the weekend, everyone!  And catch your lilies of the valley while they’re here.