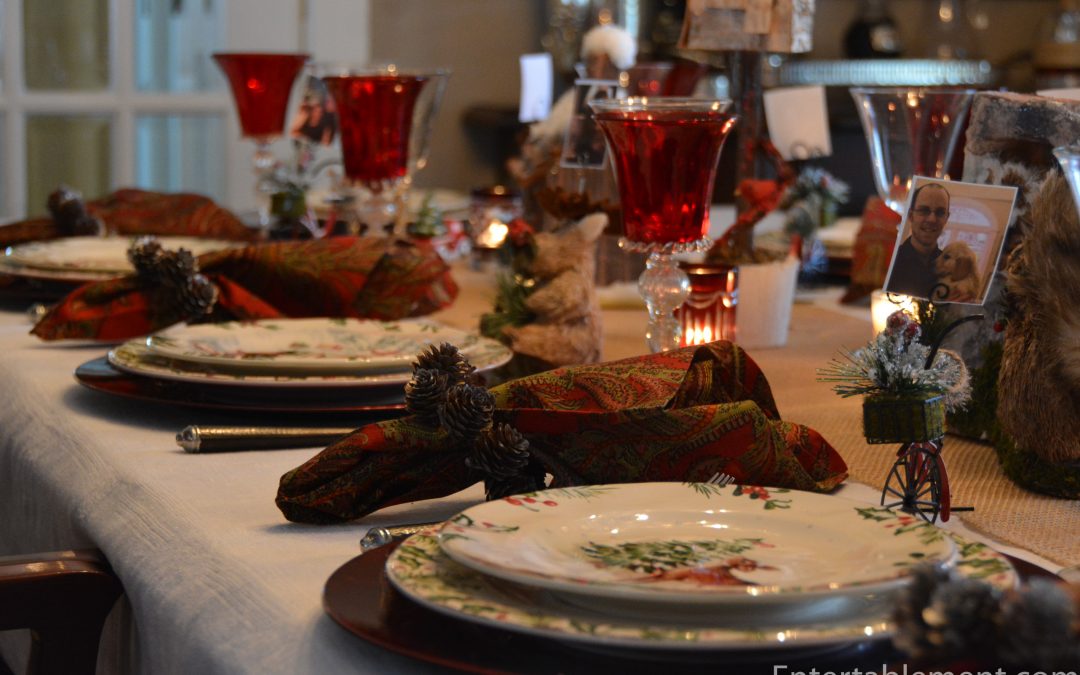 Today I’m catching up with cleaning, organizing, and posting before the New Year is upon us. I know it’s trite, but where has the time gone? I’m looking around at the decorations which will be packed away in the next little while and planning the kitchen change over with mixed feelings. I love the anticipation of a brand new year with “no mistakes in it yet’ as Anne Shirley of Anne of Green Gables put it so eloquently, And in looking back on 2017, I want to savour the wonderful bits, reflect on things that might have been done better, and be intentional about how I approach 2018. 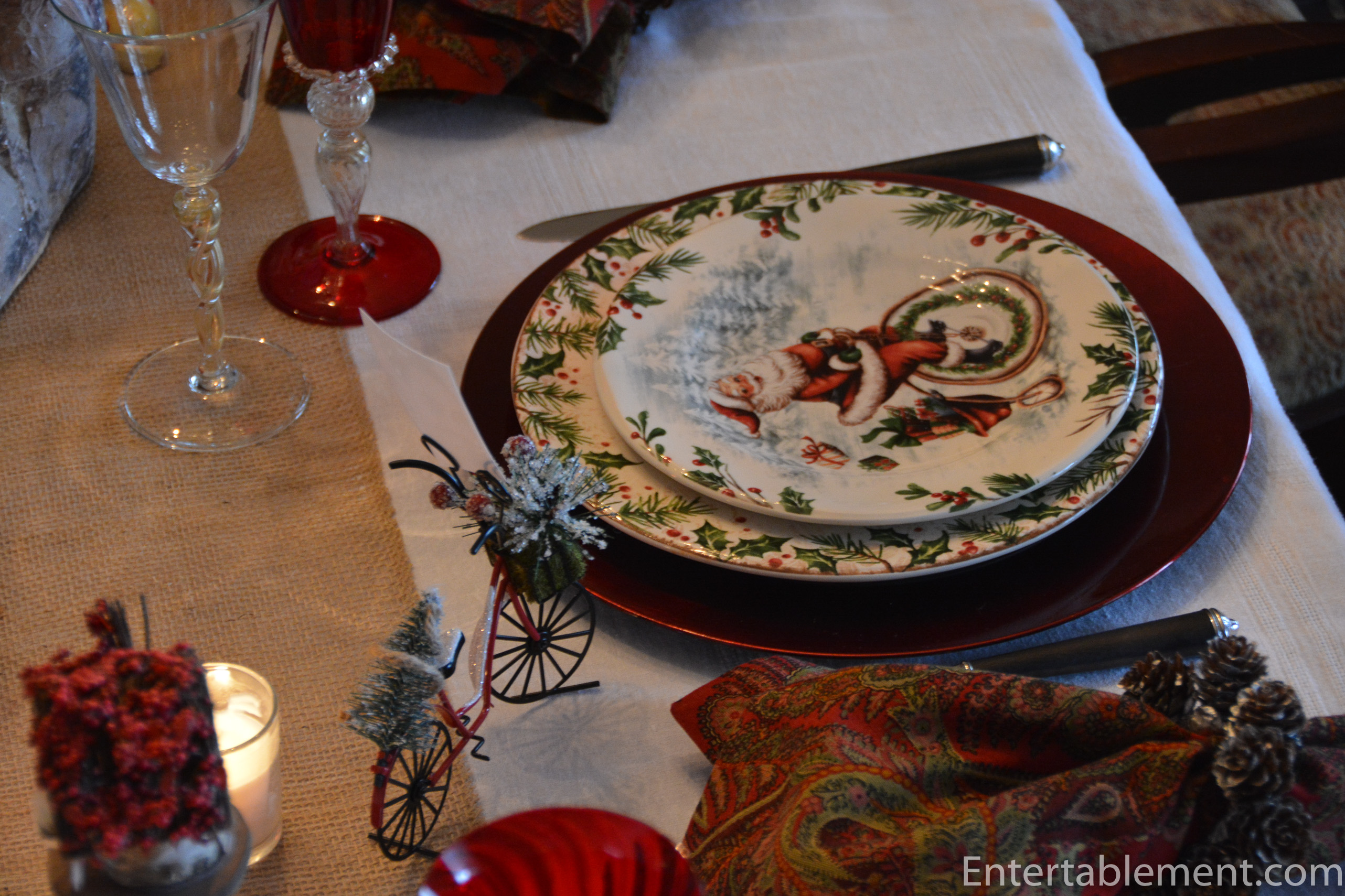 In the spirit of savouring, let’s look at the Christmas Eve pictures. We had the local kids and grandkids, so ten in total at table, plus a high chair. We knew that excitement would be running pretty high, and focused on keeping things festive and fairly low key. Winter’s Wonder by Pier 1 fit the bill nicely. 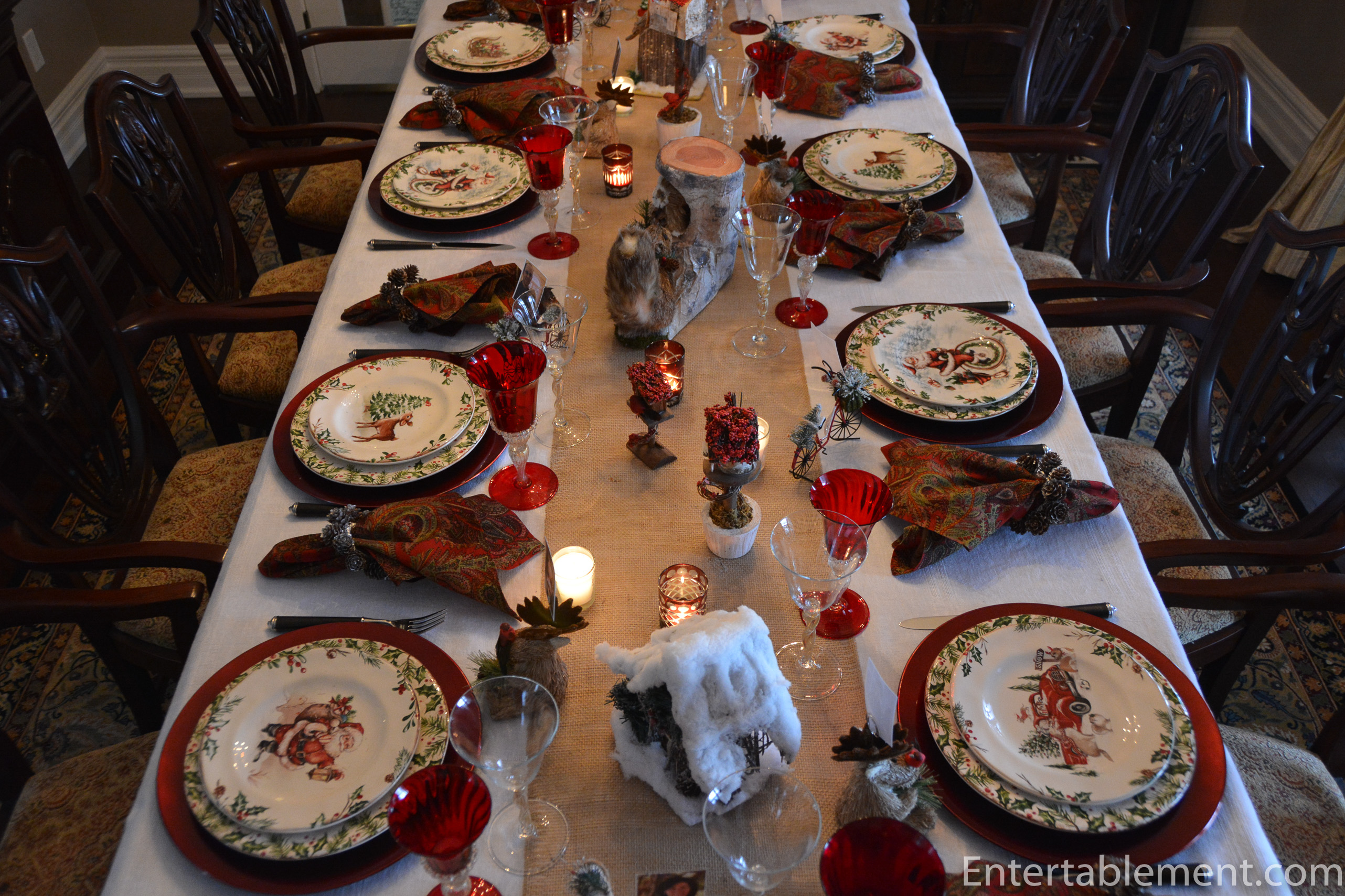 Made of ironstone, it combines durability, practicality and attractiveness. Red caterer’s chargers from Pottery Barn many moons ago formed the base, then Pier 1’s coordinating Christmas Holly & Tree dinner plates, topped by Winter’s Wonder salad plates. For reasons clear to Pier 1, but not to me, the pattern comprises five different salad plates, which seems an odd number. The first is a Christmas sleigh: 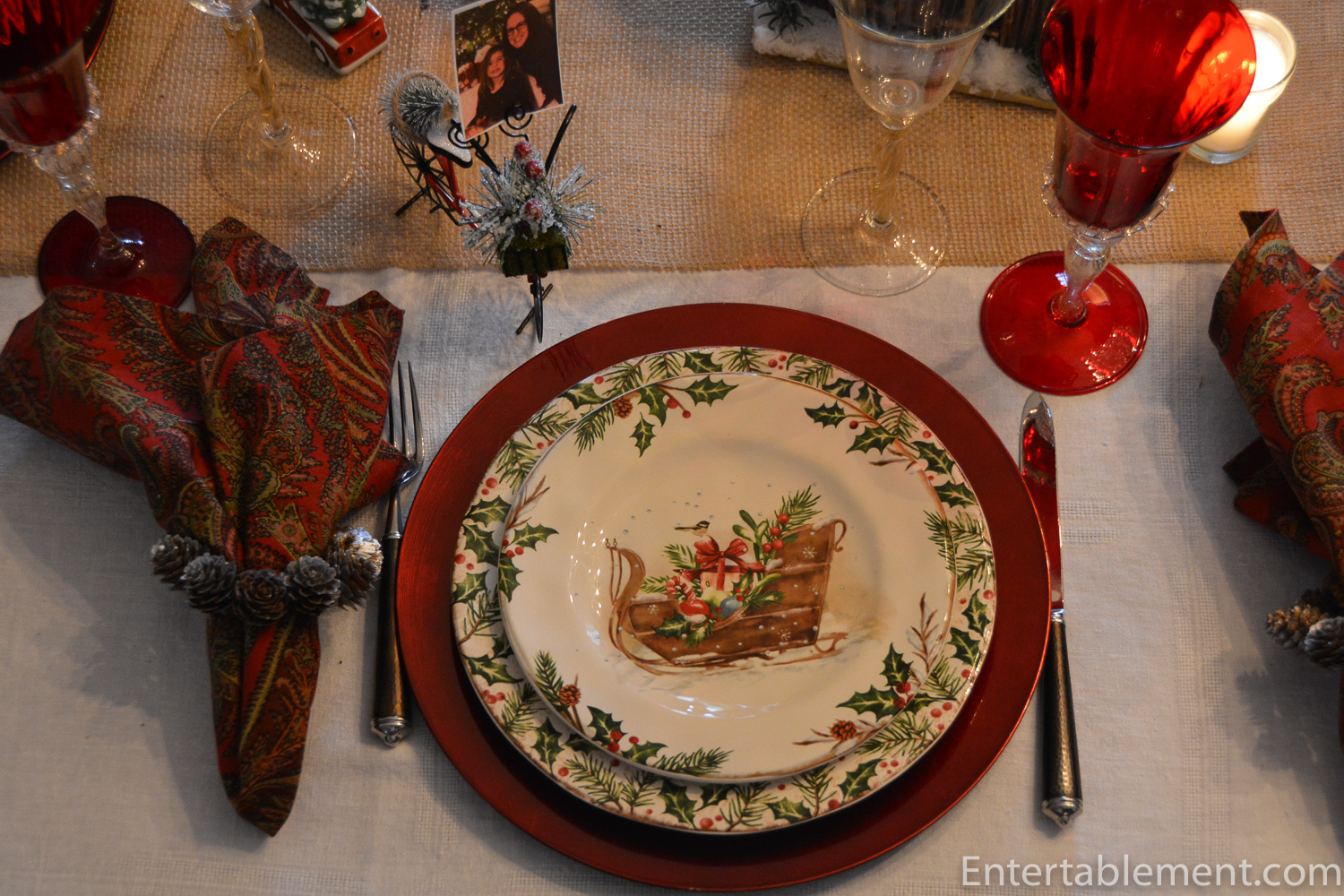 A deer and tree: 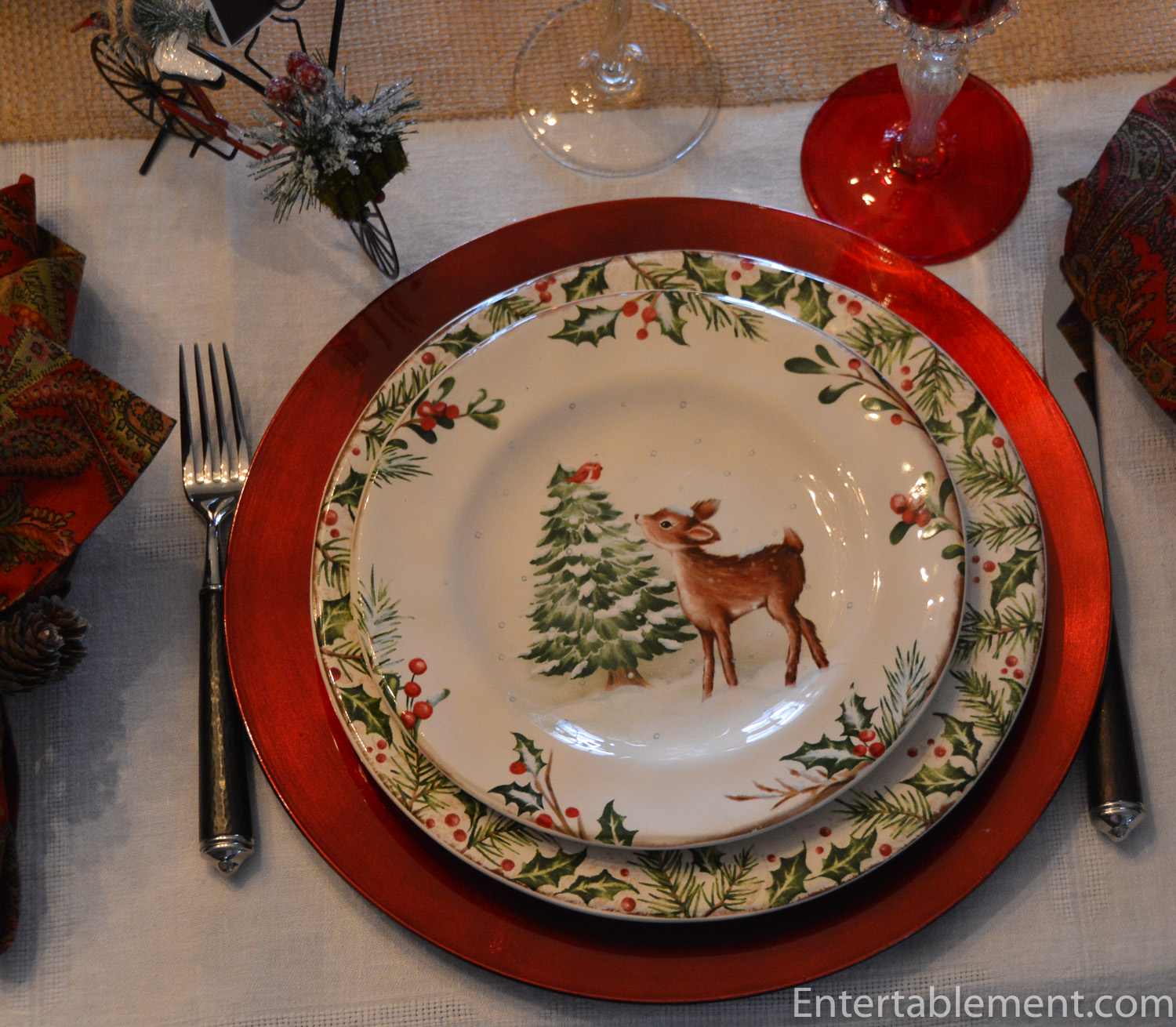 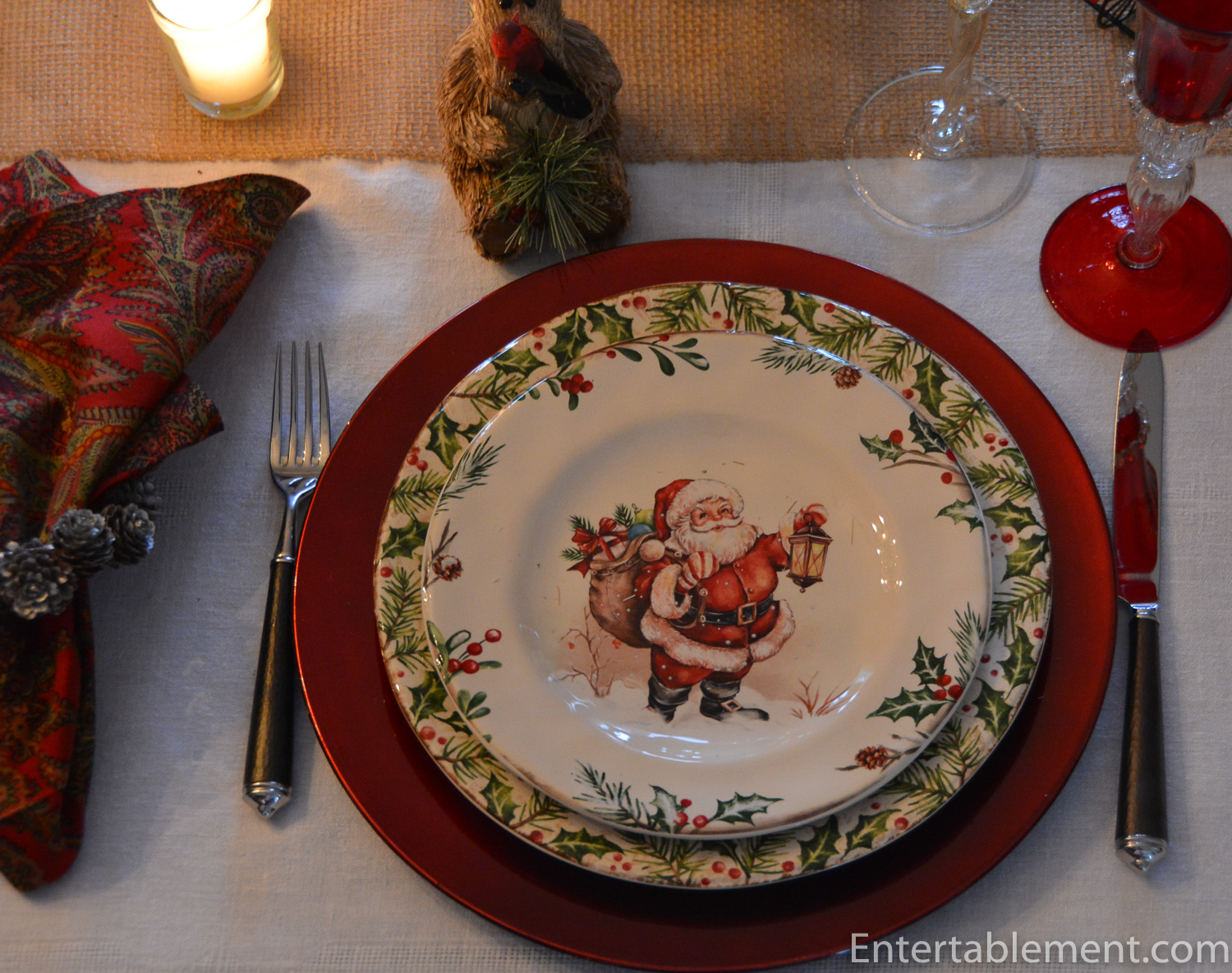 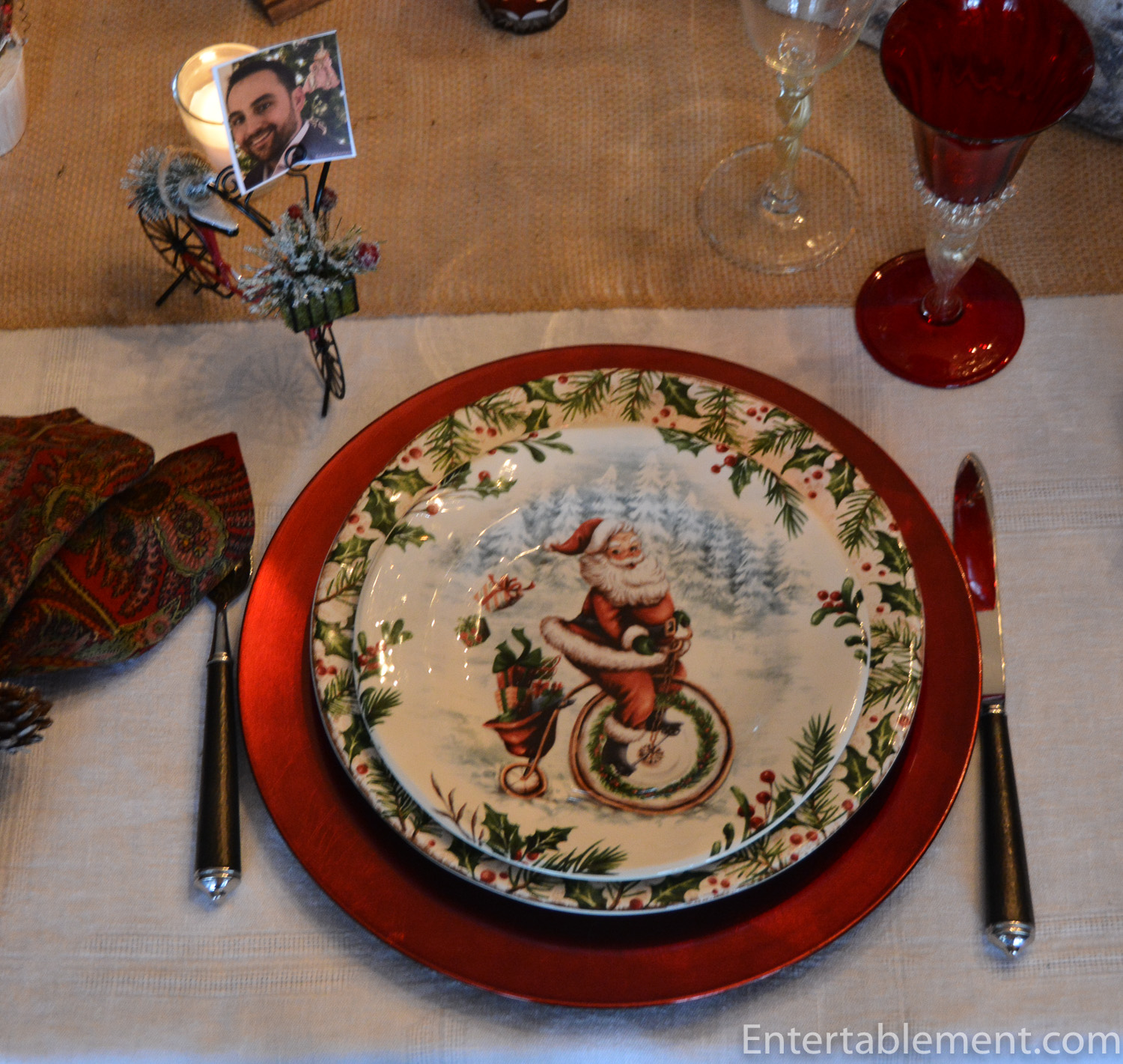 The last one is a red truck and a bunch of dogs. So cute! 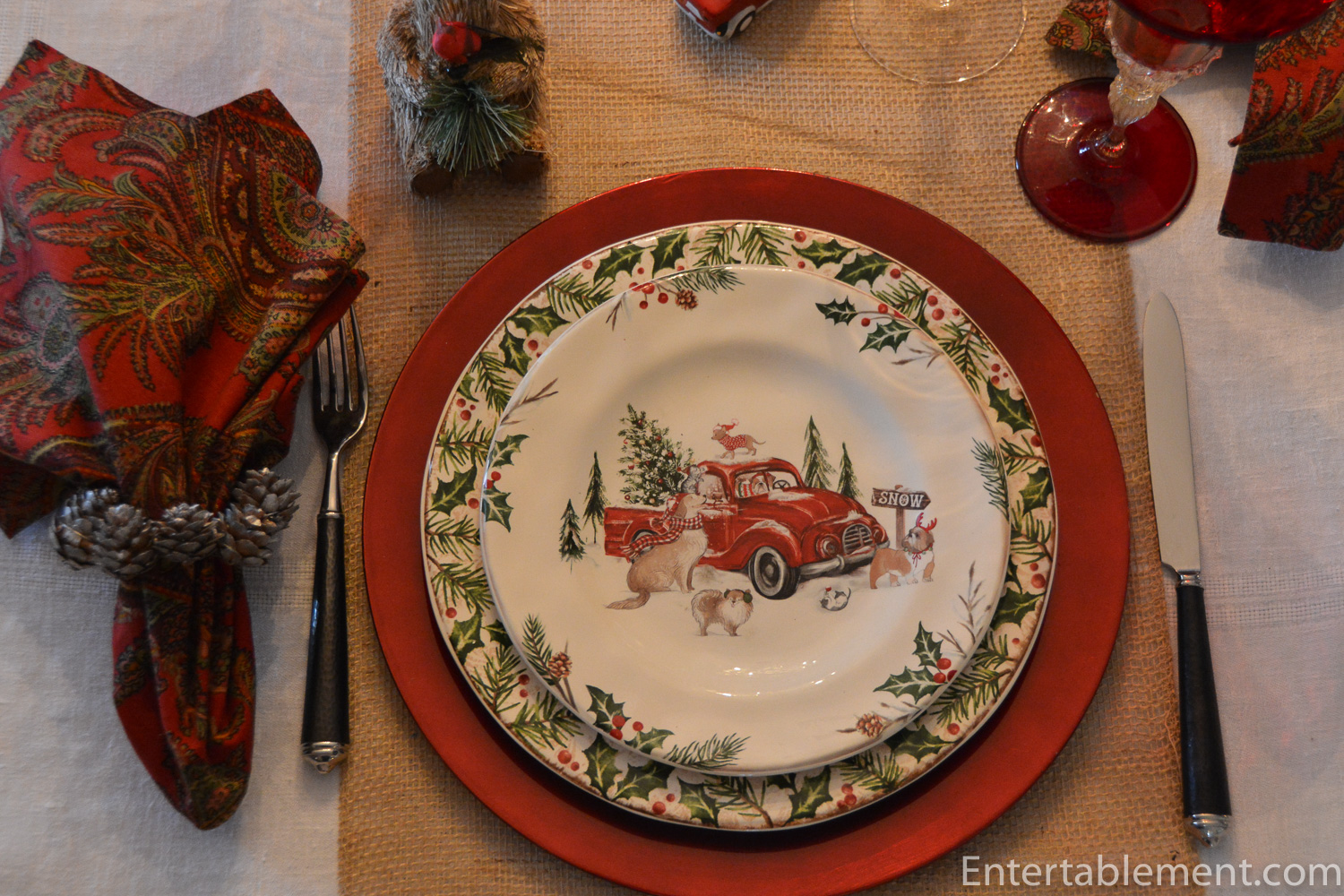 Rustic, woodland and colourful. Not too precious, but festive enough to infuse the holiday spirit in adults and children alike. 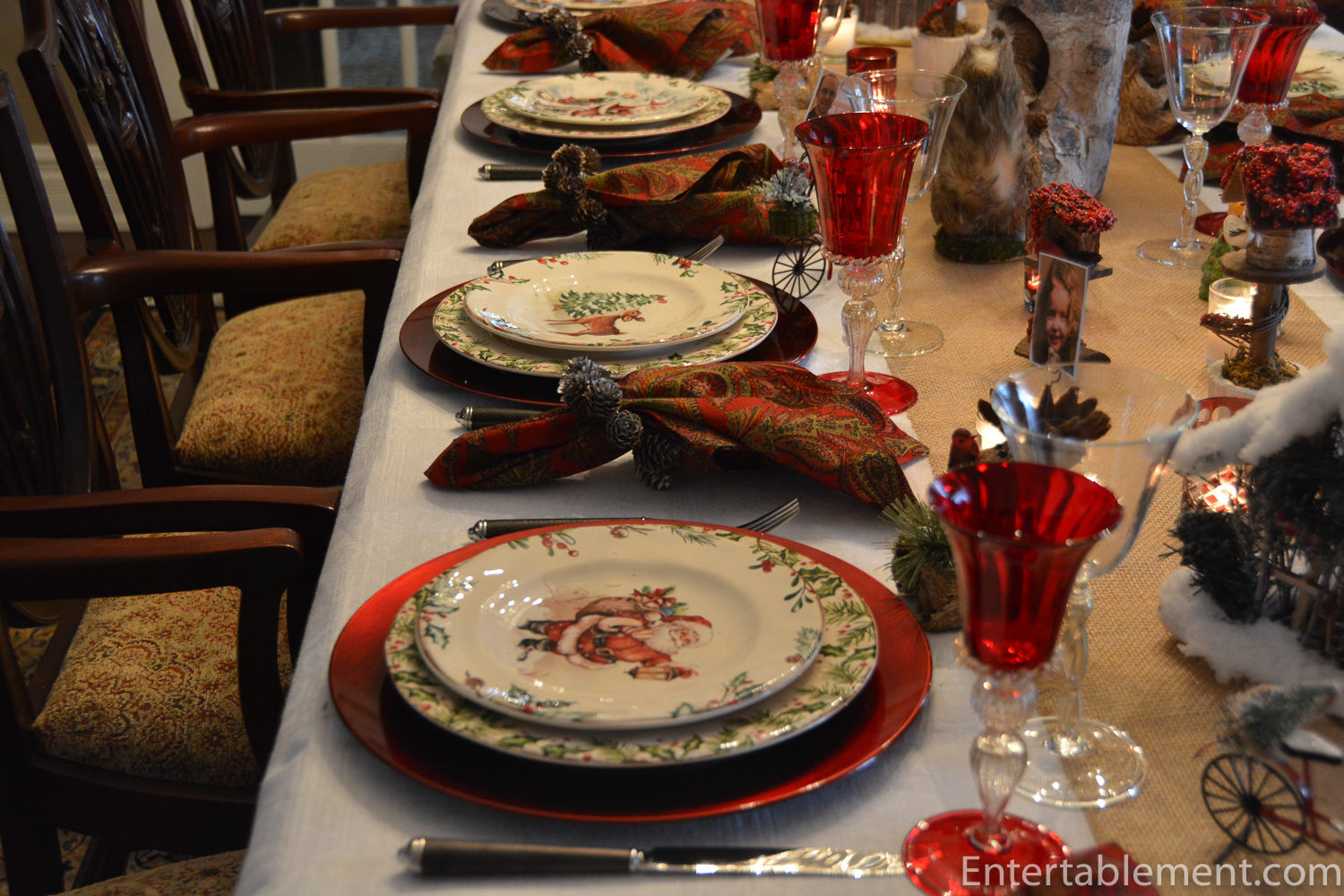 The Venetian glassware added a touch of luxe. 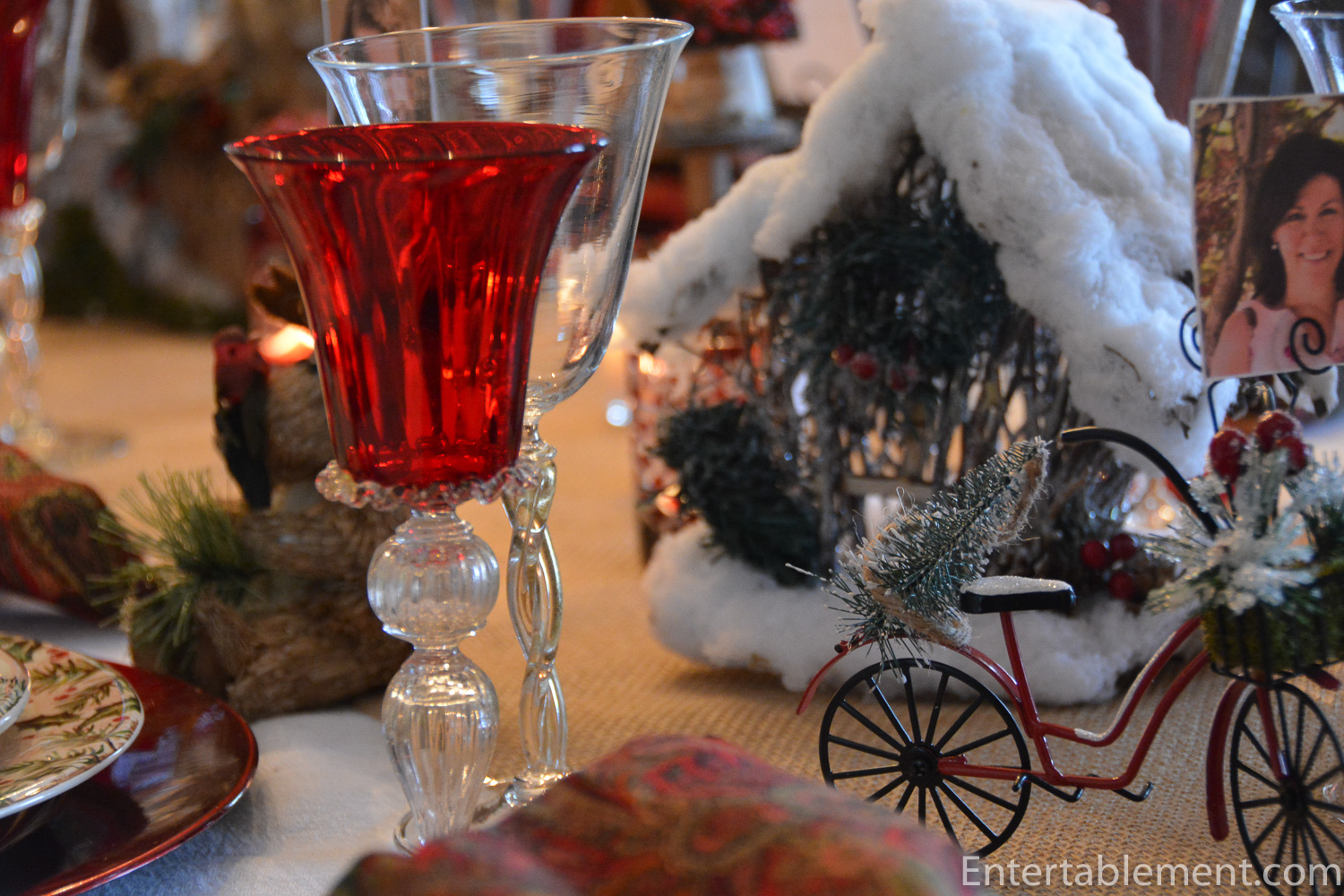 The water glasses have a ruby bowl and base, and I paired them with clear bowled wine glasses with a gold twist stem. The shapes are similar, though the red glasses are a mixed bag of sizes. 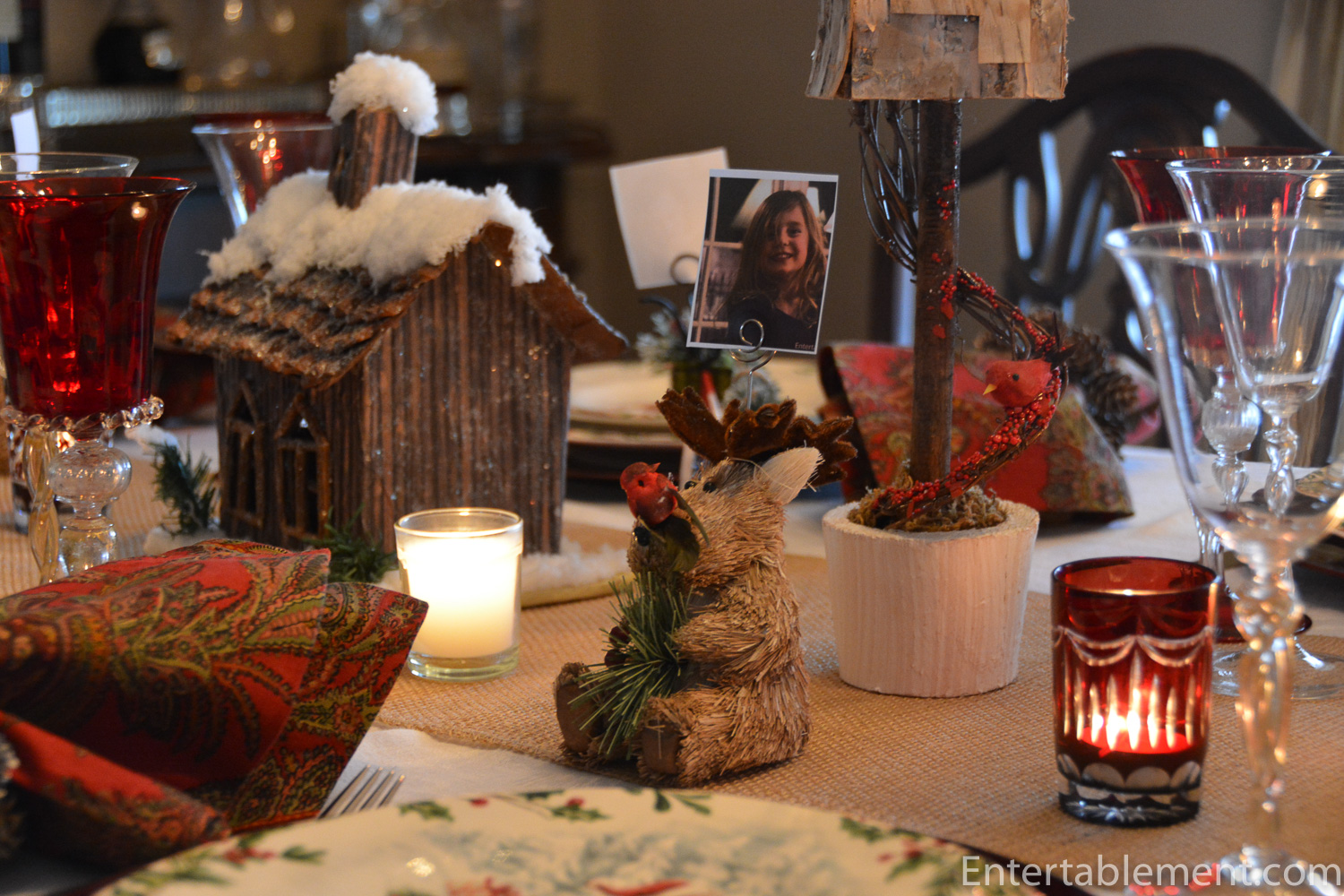 The little ones eagerly look for their pictures at the table, which indicate where they sitting. There is something special about seeing pictures of themselves all ready to greet them, and they insisted on taking their photos home with them. 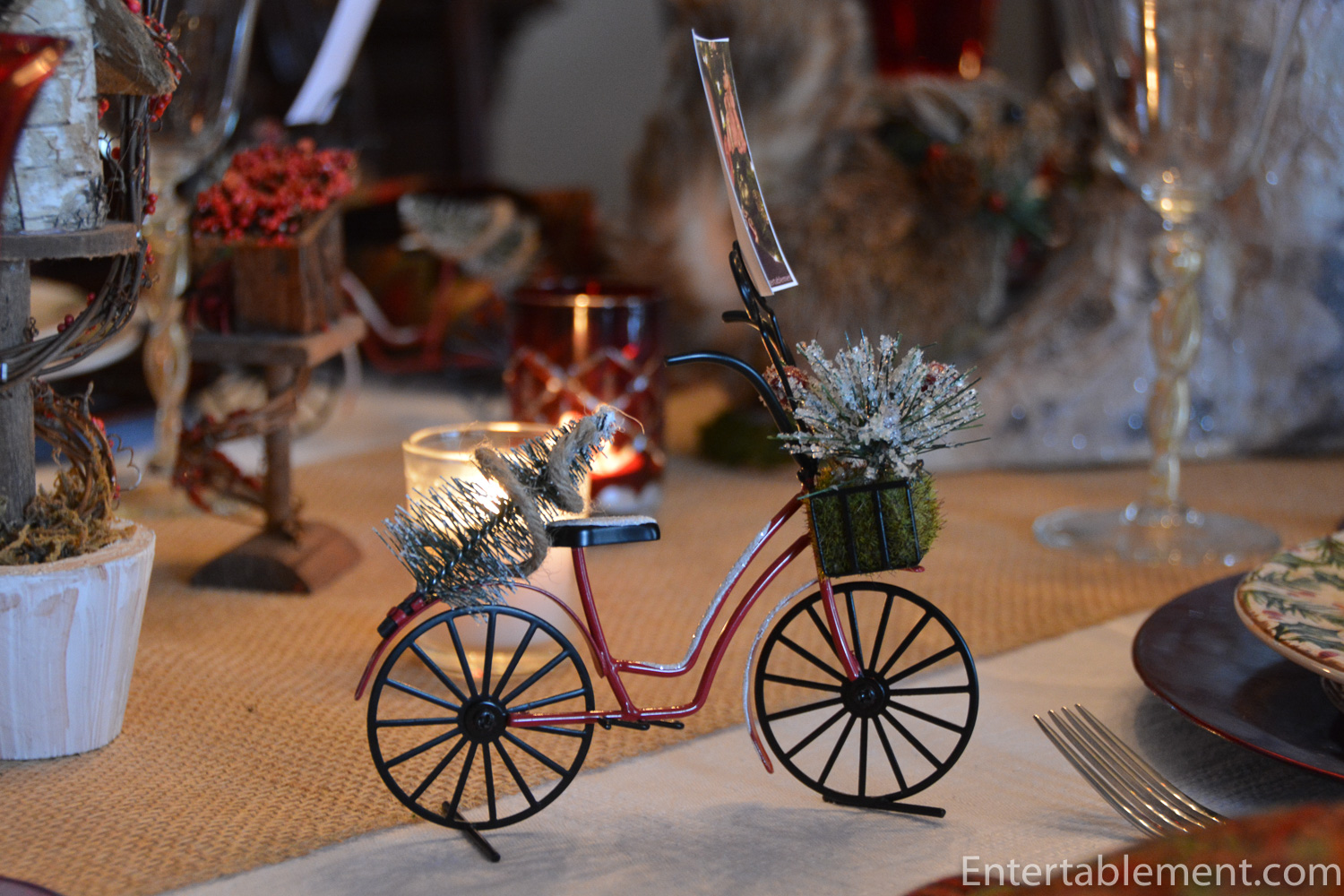 I used a combination of moose and bicycle picture frame holders, both from Pier 1 this year. 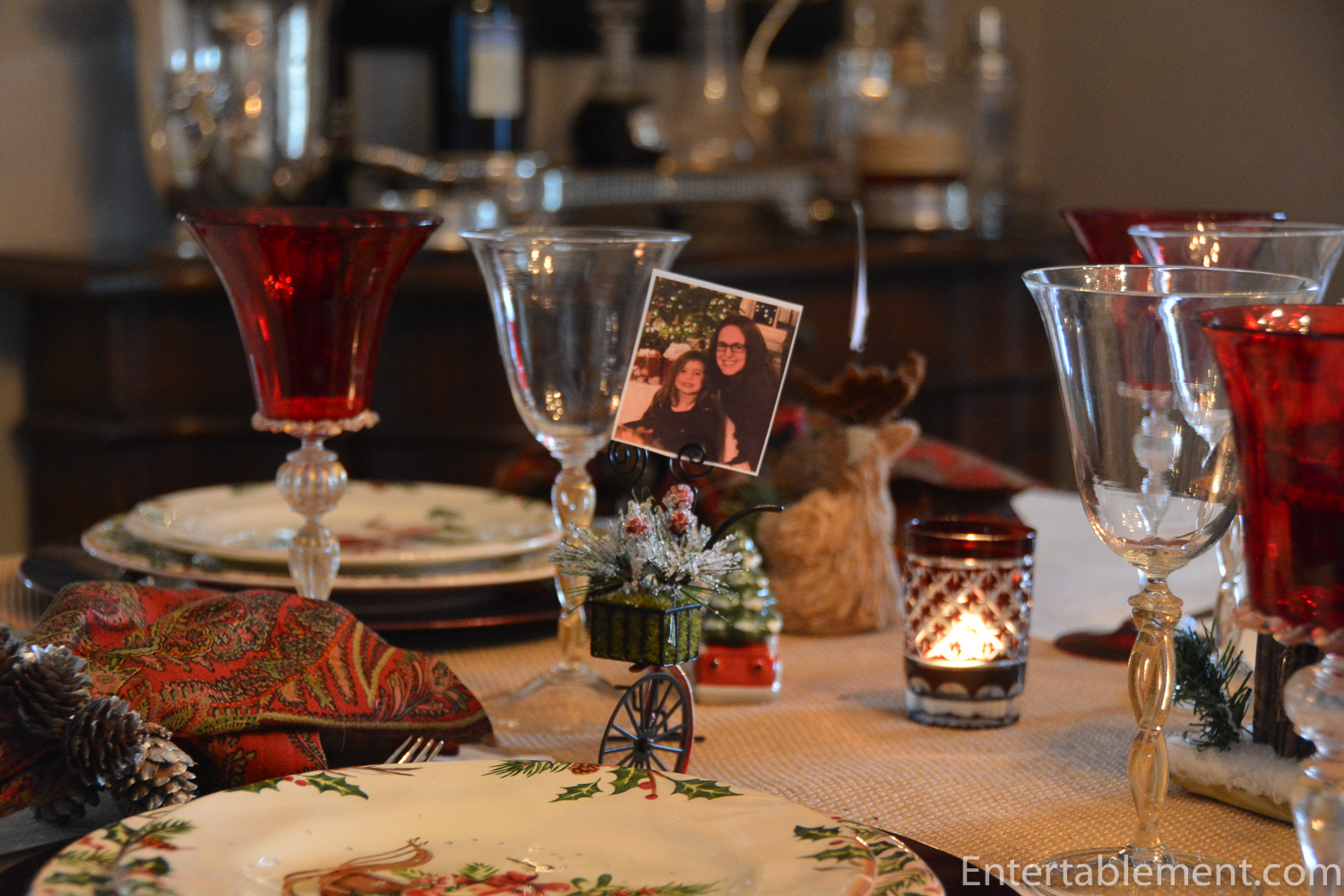 It’s an added bonus if they also feature in their parent’s picture. 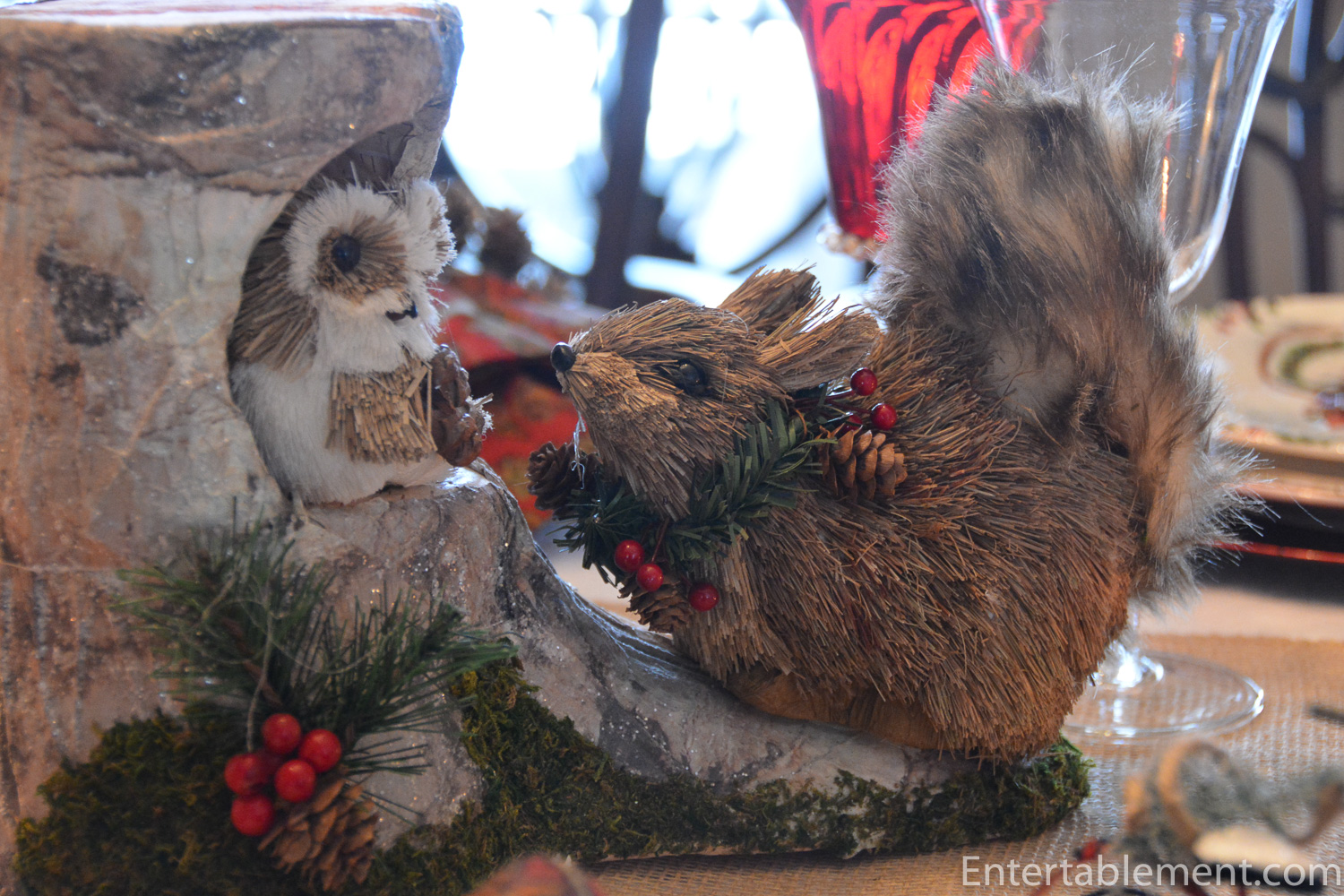 Woodland creatures, including a squirrel and owl, occupied the centre of the table… 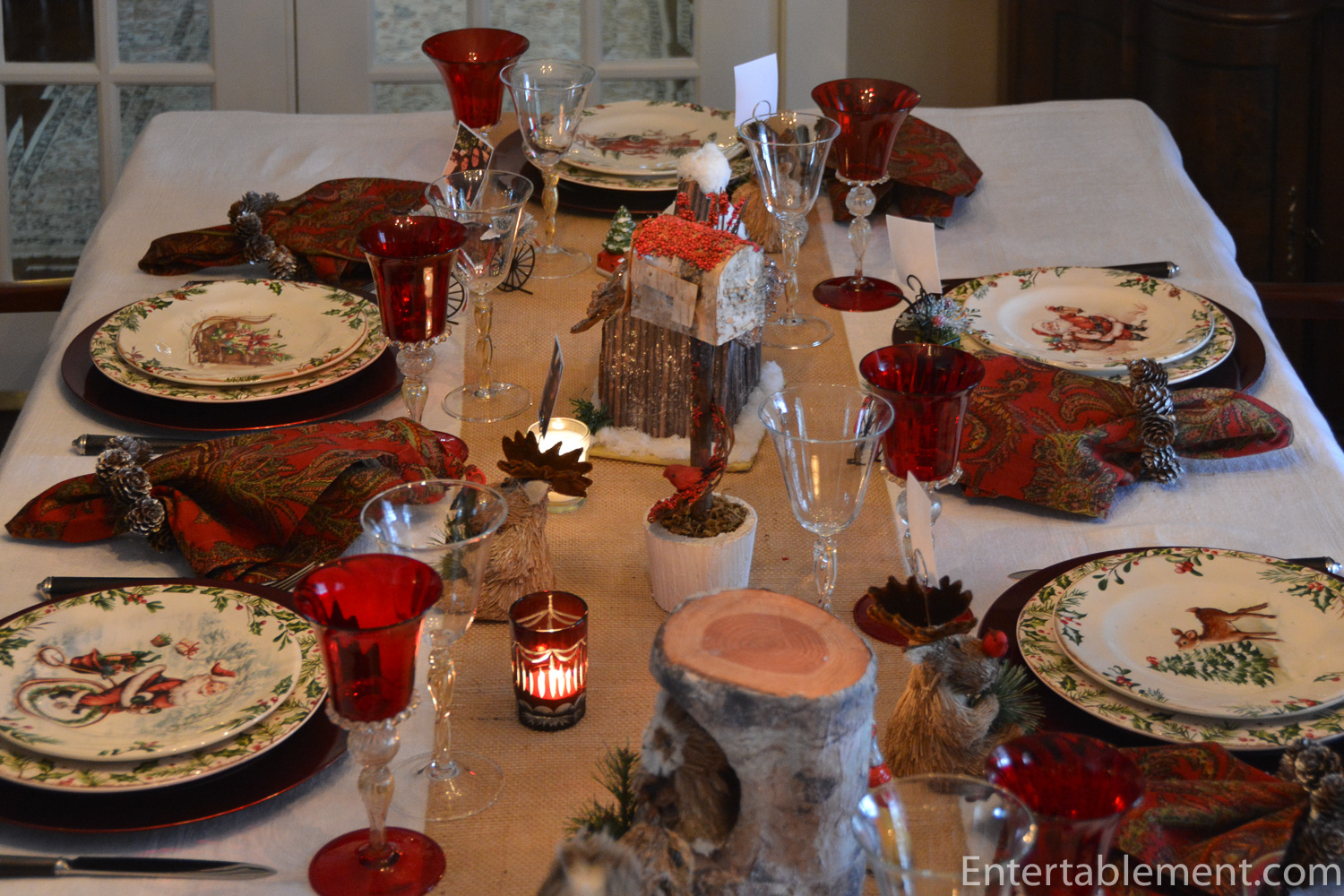 … along with some birdhouses and snow-covered twig cabins 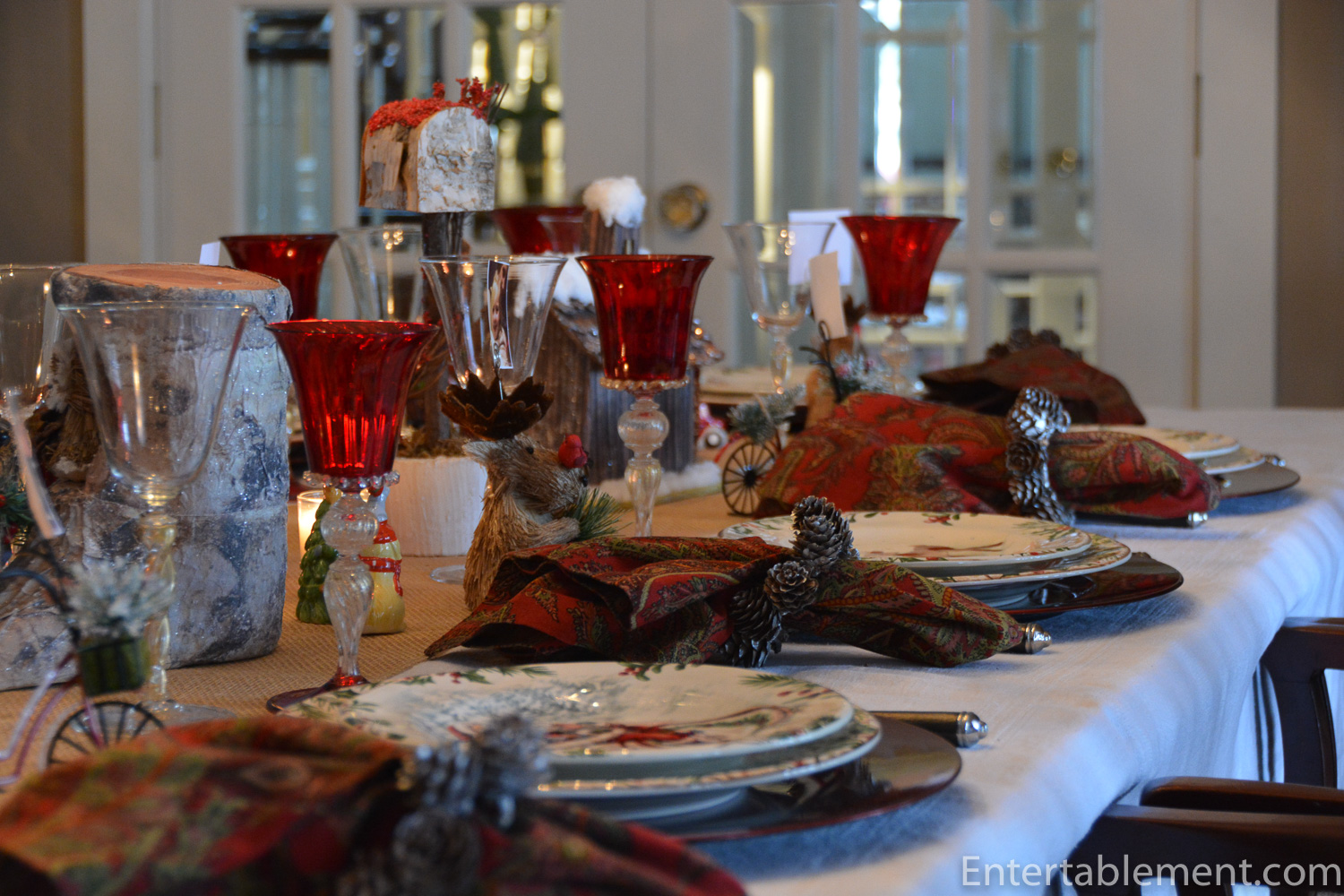 Red paisley napkins from Pottery Barn several years ago, and pinecone napkin rings from Pier 1 at the beginning of this year completed the theme. 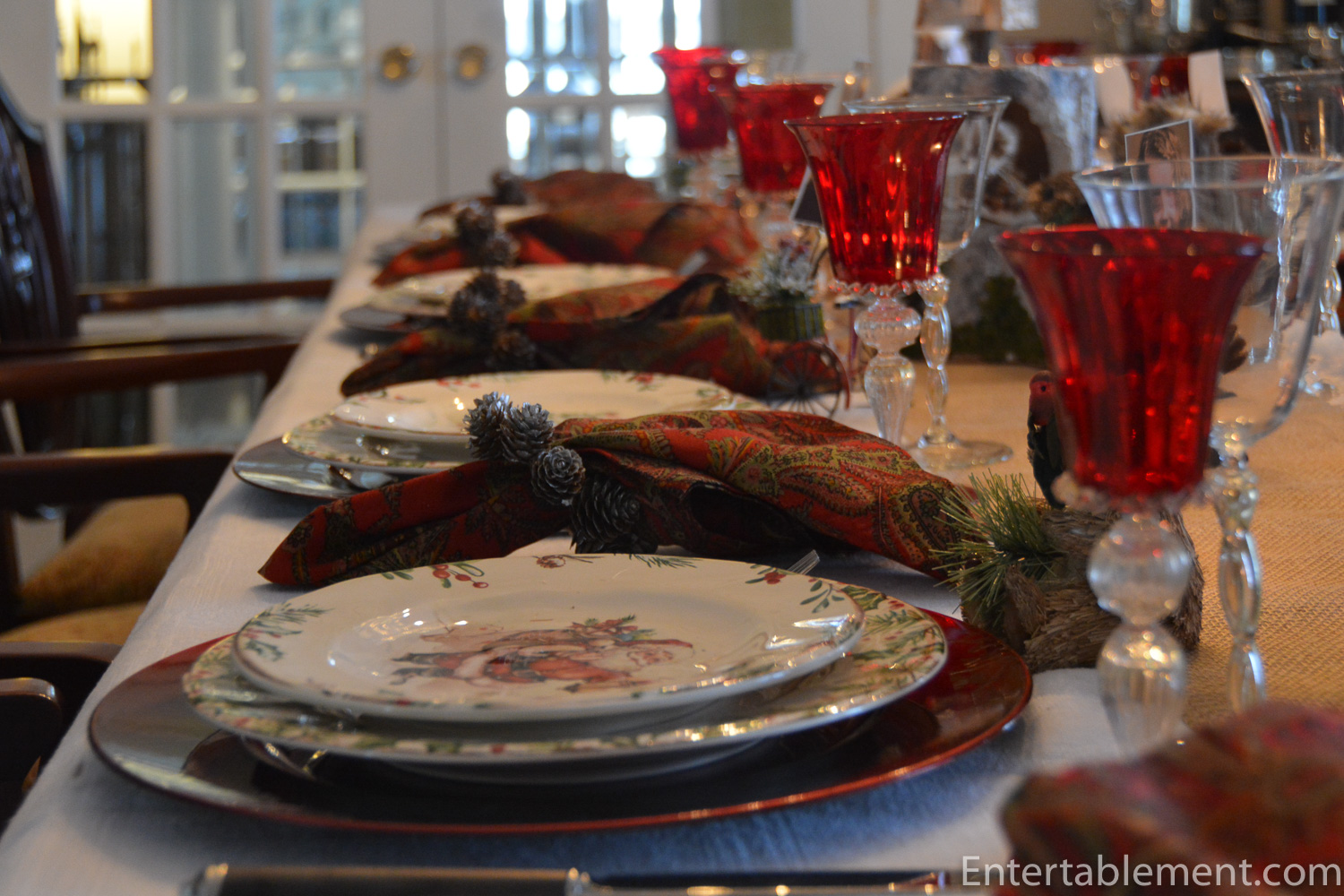 It was a very Merry Christmas!

Ok – now onto today’s chores, which include the semi-annual overhaul of the Butler’s Pantry. Time to take everything out, wipe it, clean the shelves and put everything back. It takes a few hours, but I actually enjoy the quiet, contemplative time, especially after the bustle of the season. I will listen to an audiobook and plan new table combinations 🙂

Have a great day, folks!