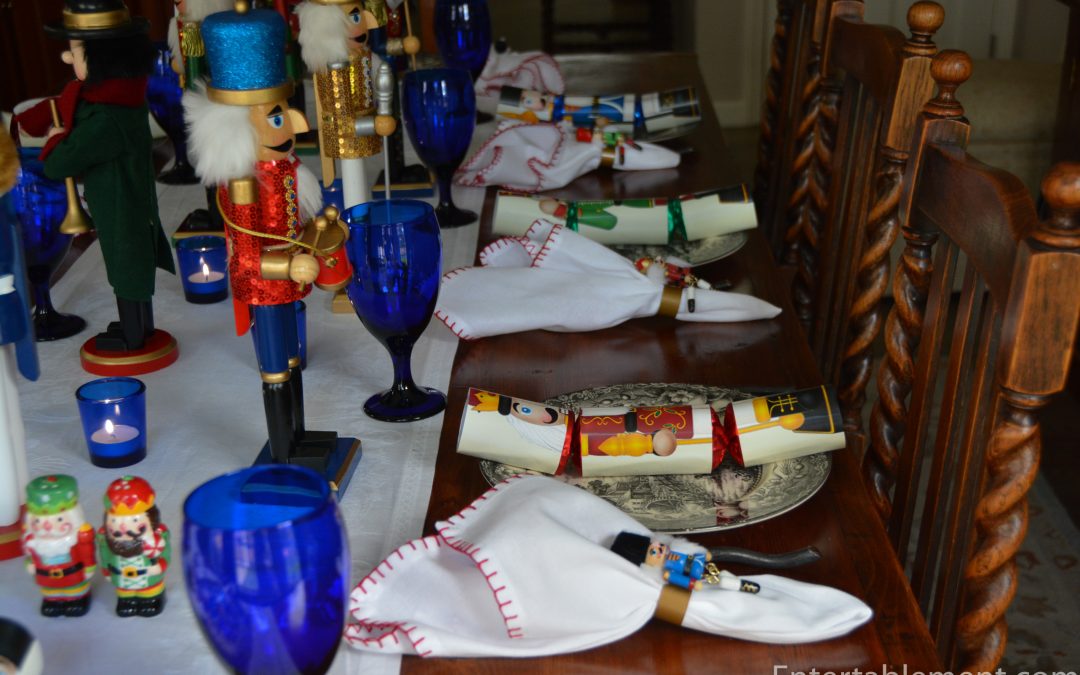 Colourful nutcrackers caught my eye at World Market at the start of the Christmas season. 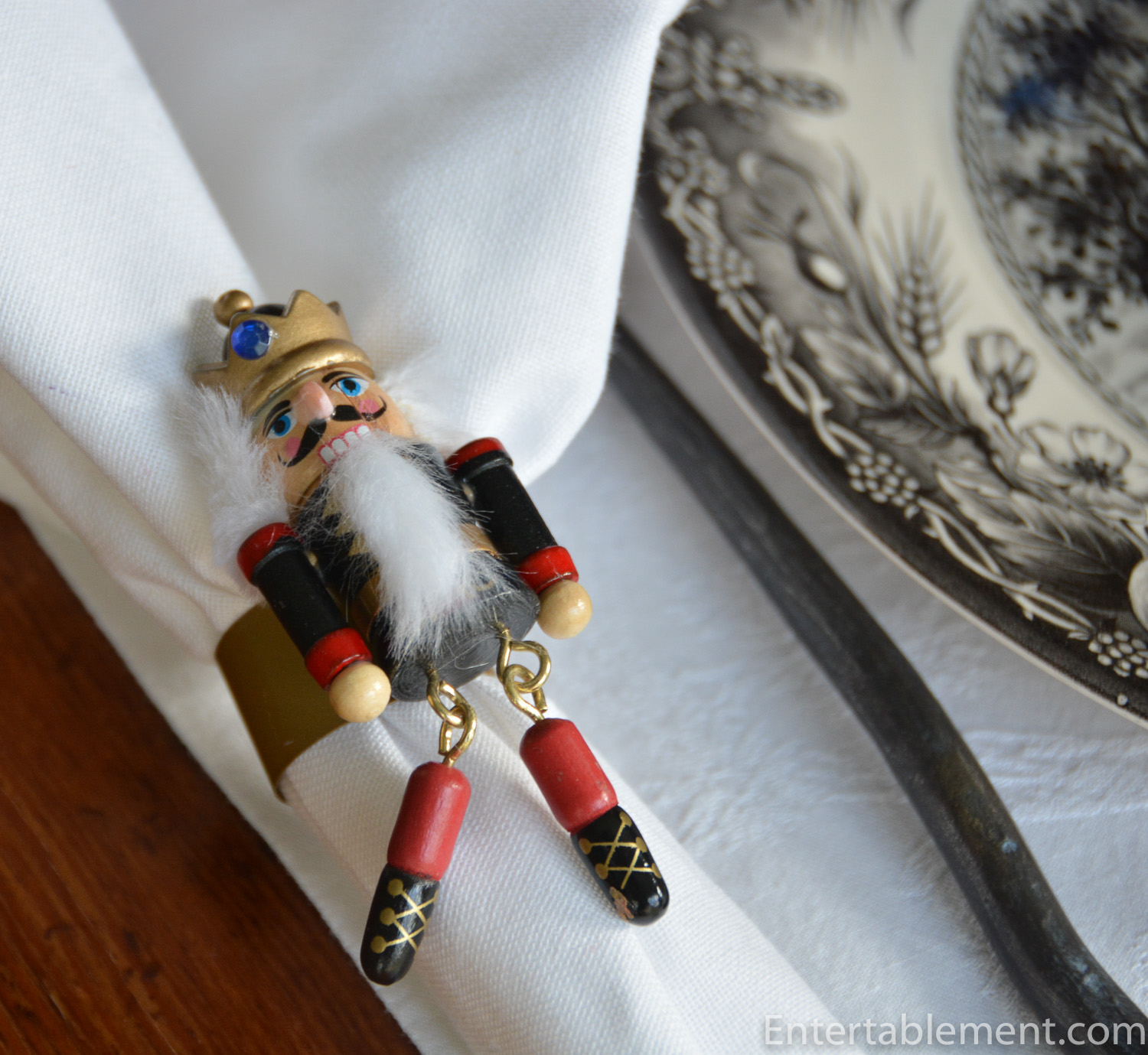 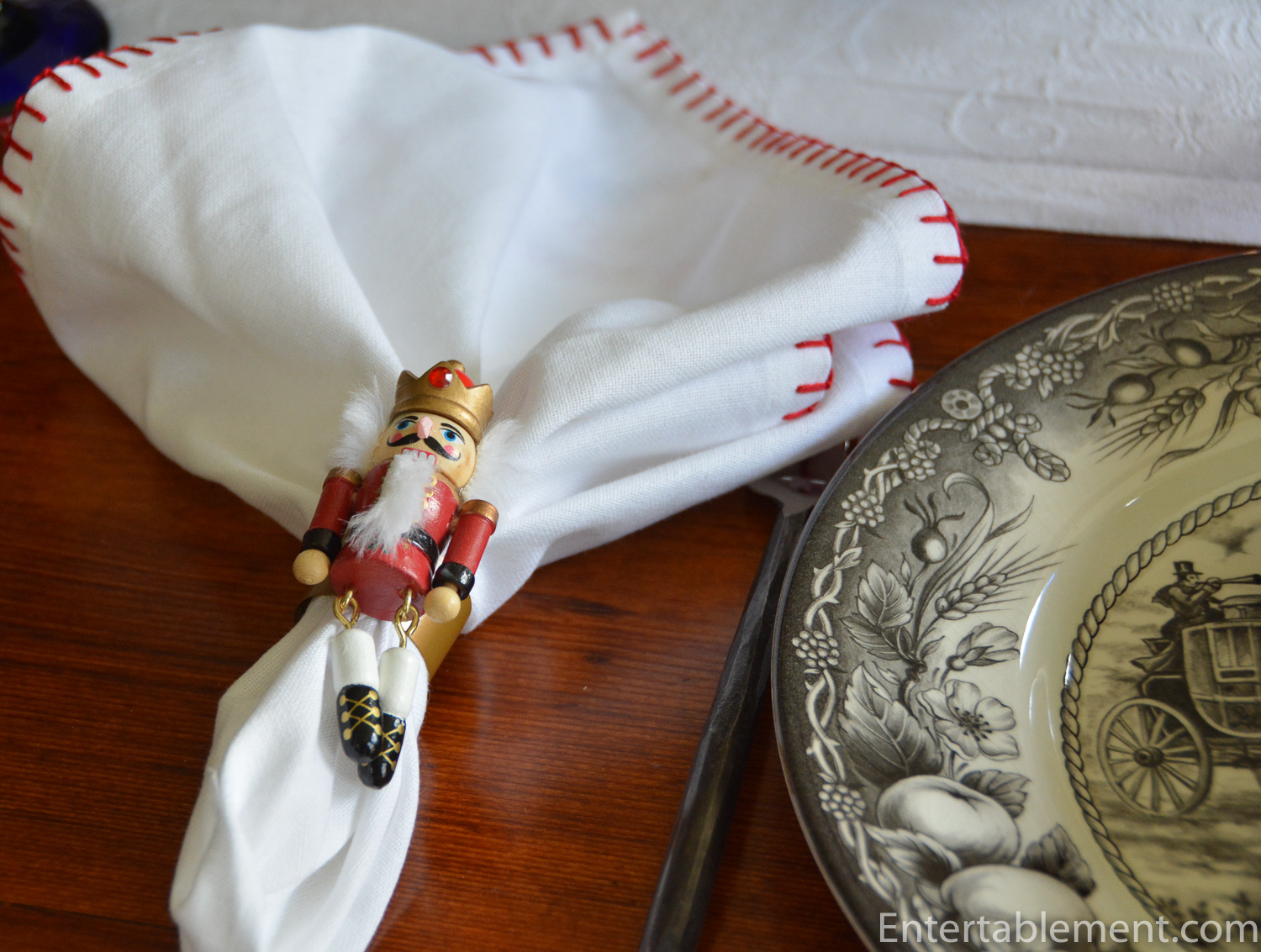 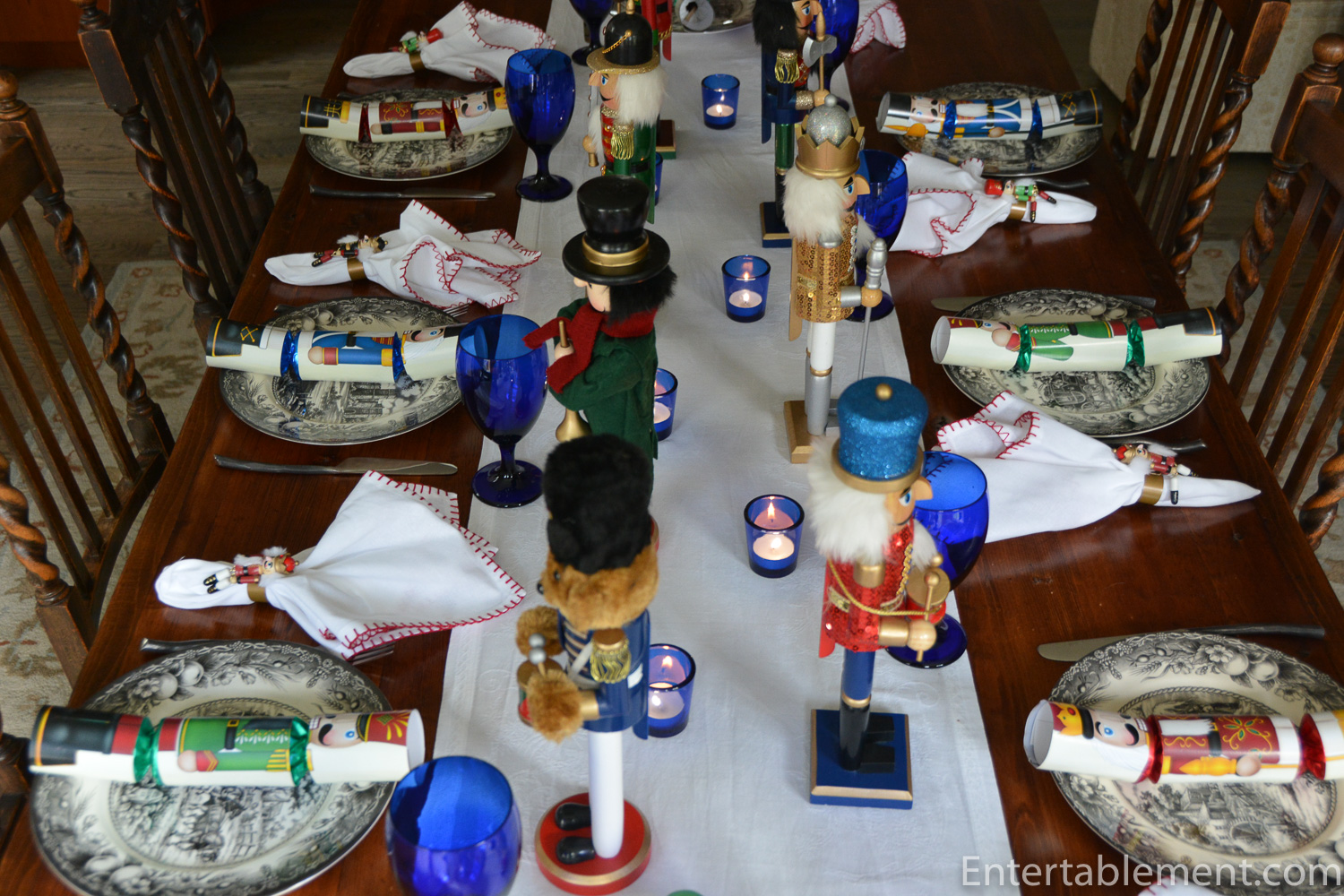 …matched boxes of crackers in the same colours. What fun (despite the rather sinister facial expressions that nutcrackers always seem to sport. Maybe it’s the teeth?) 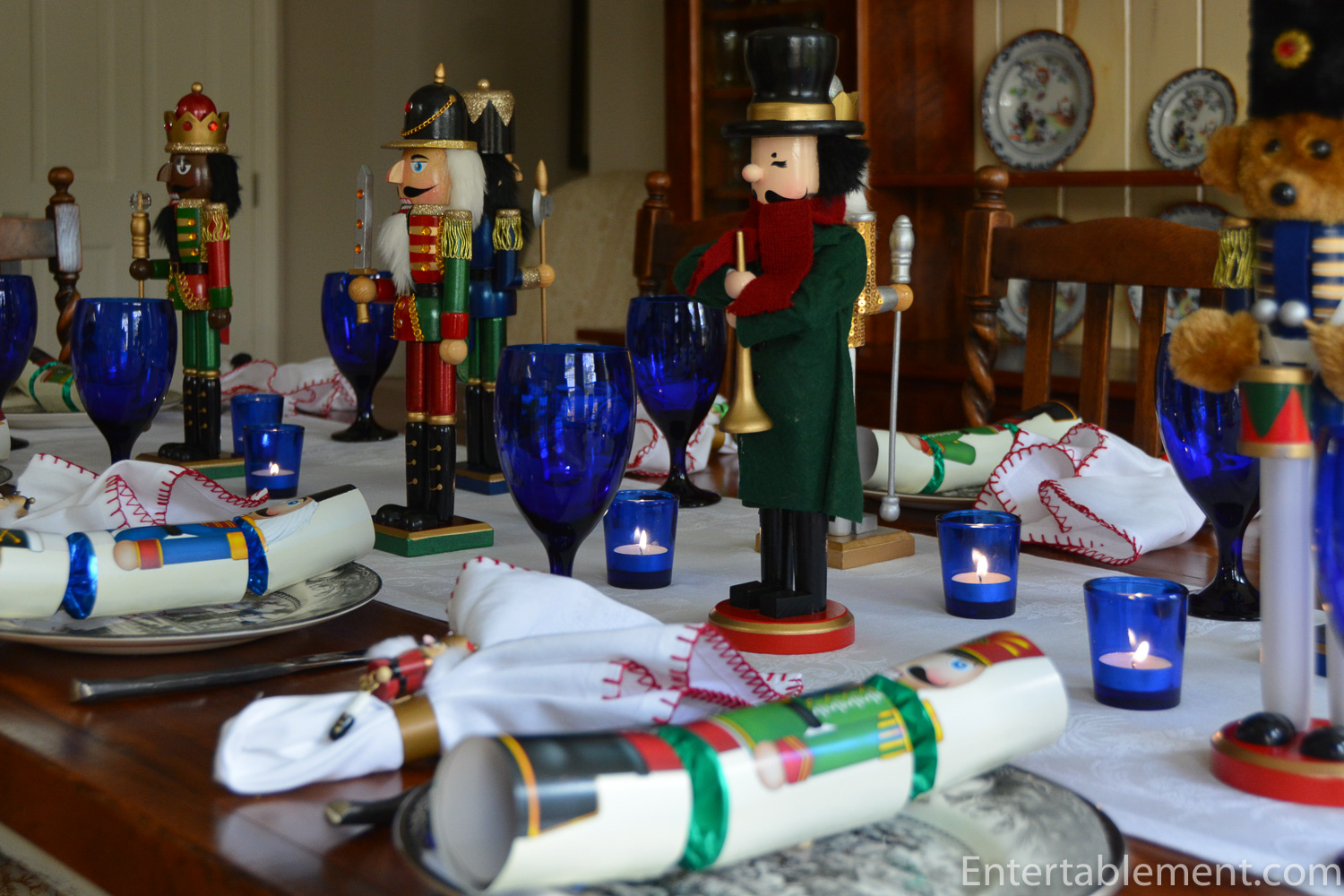 I was in the Cape, so a quick stop at the Christmas Tree Shop revealed a cadre of nutcracker figures, on offer for the princely sum of $7 each. Oh my! 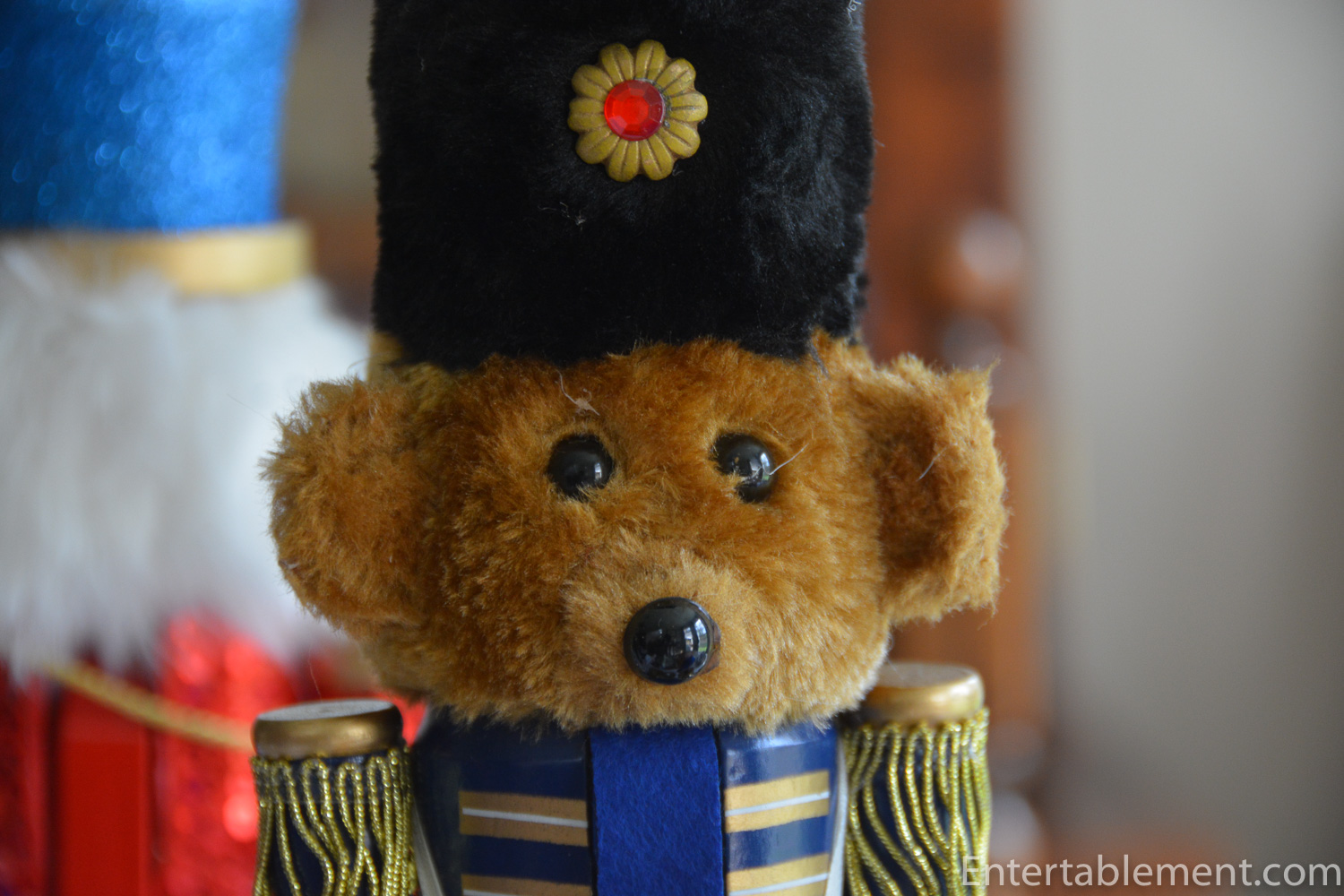 The teddy won my heart, of course. 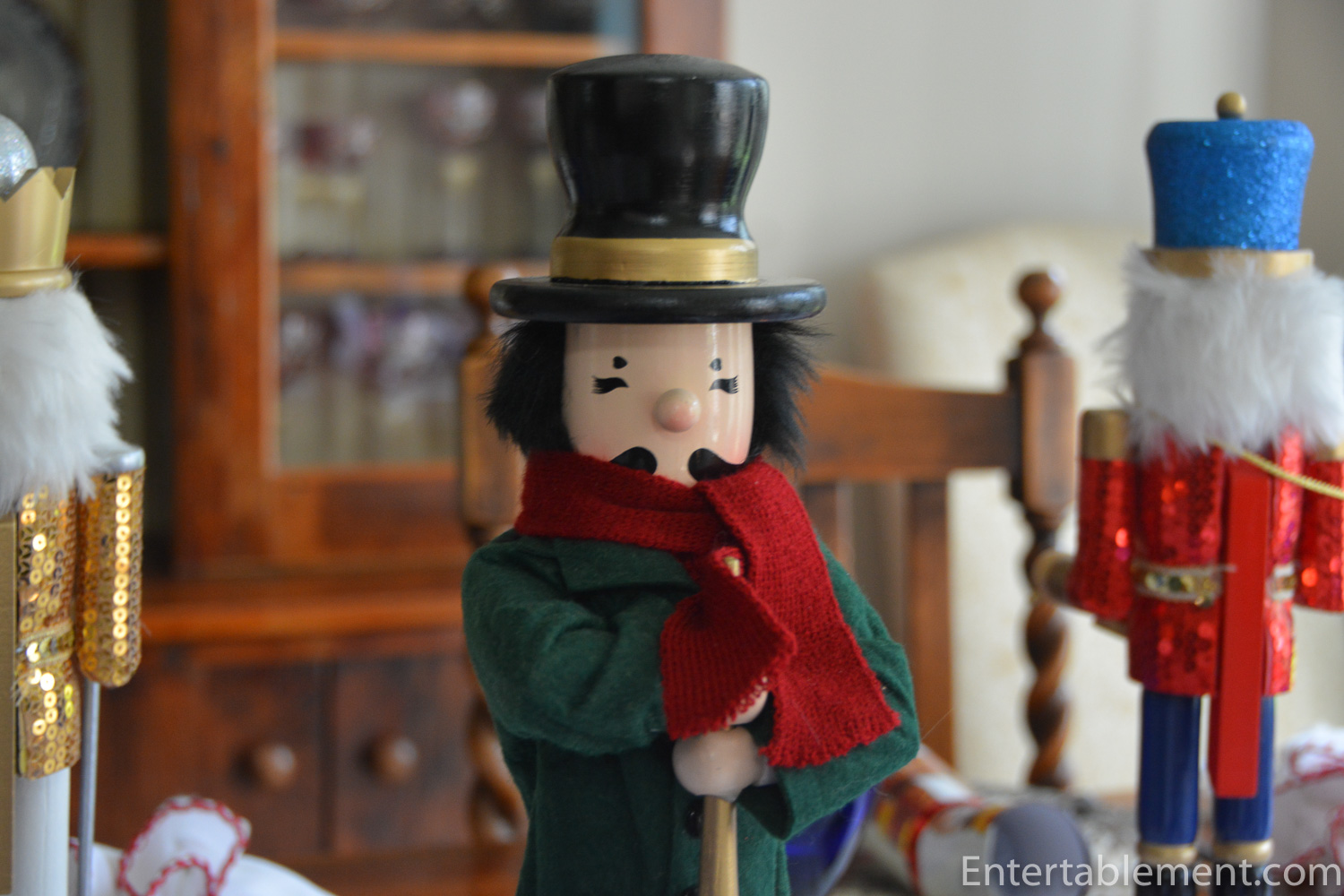 And the Dickens character. 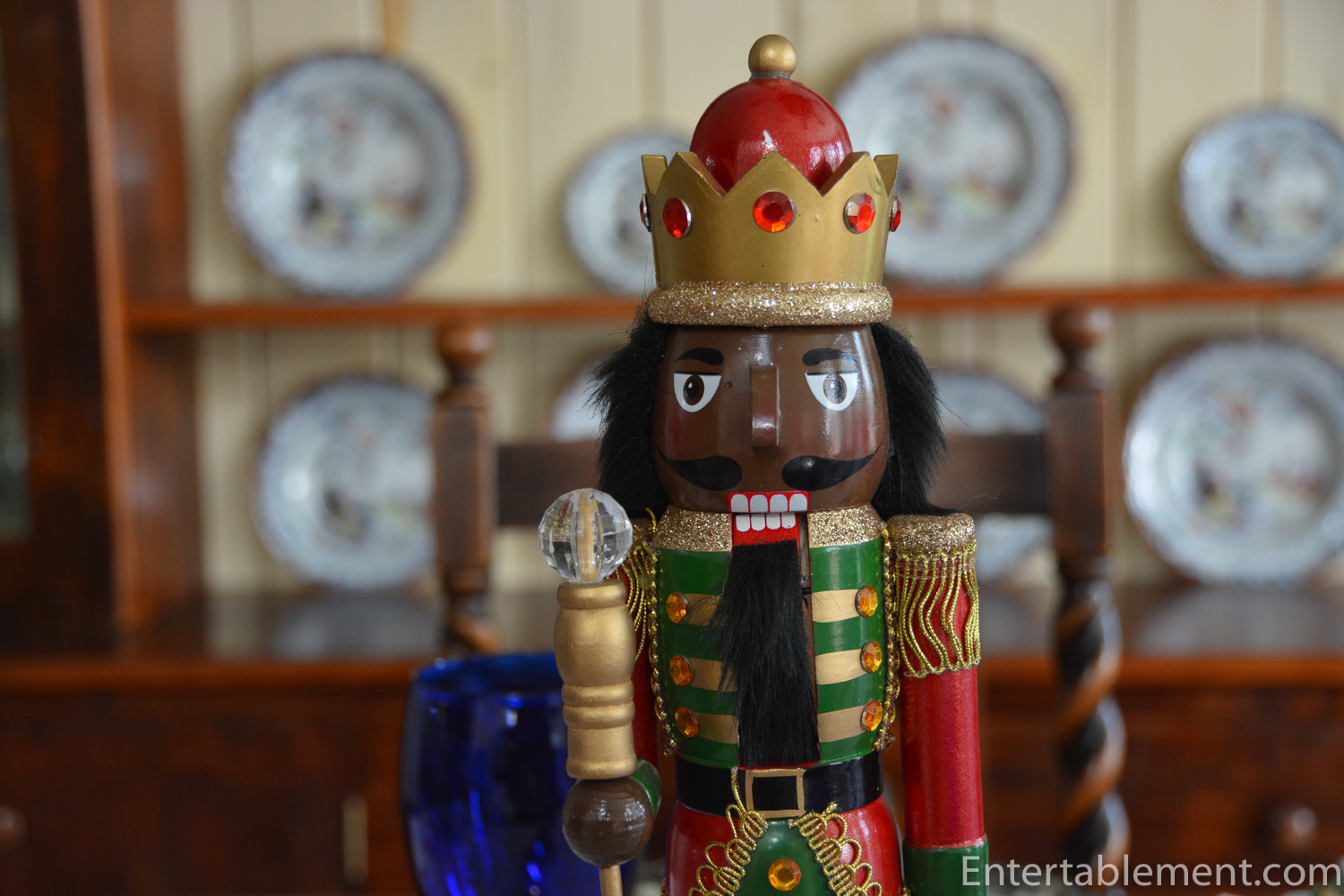 There were many more traditional ones, as well, so I picked up seven in all. Yup – definitely the teeth… 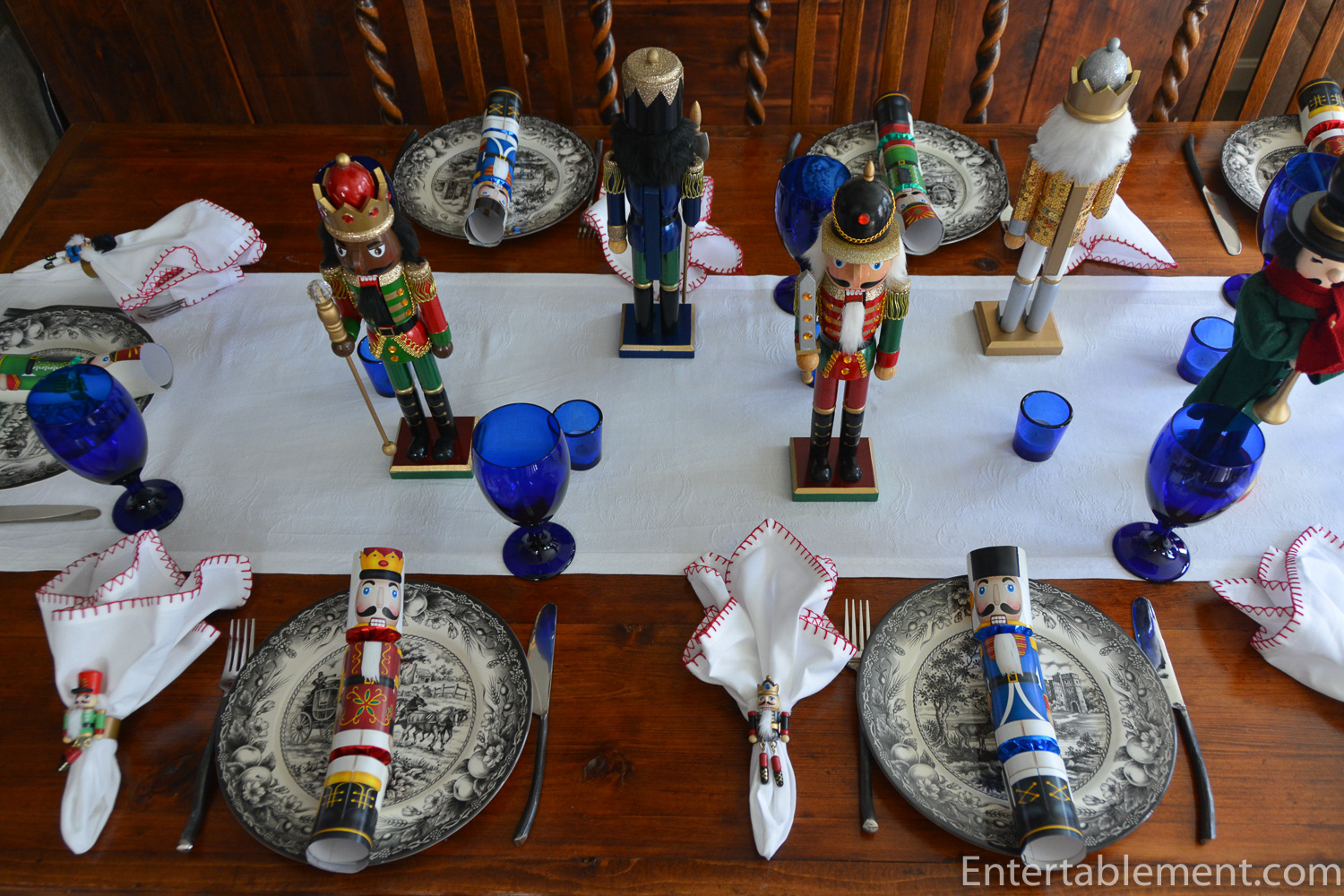 To style the table, I decided to highlight the cobalt and then limit the rest of the palette to black and white. 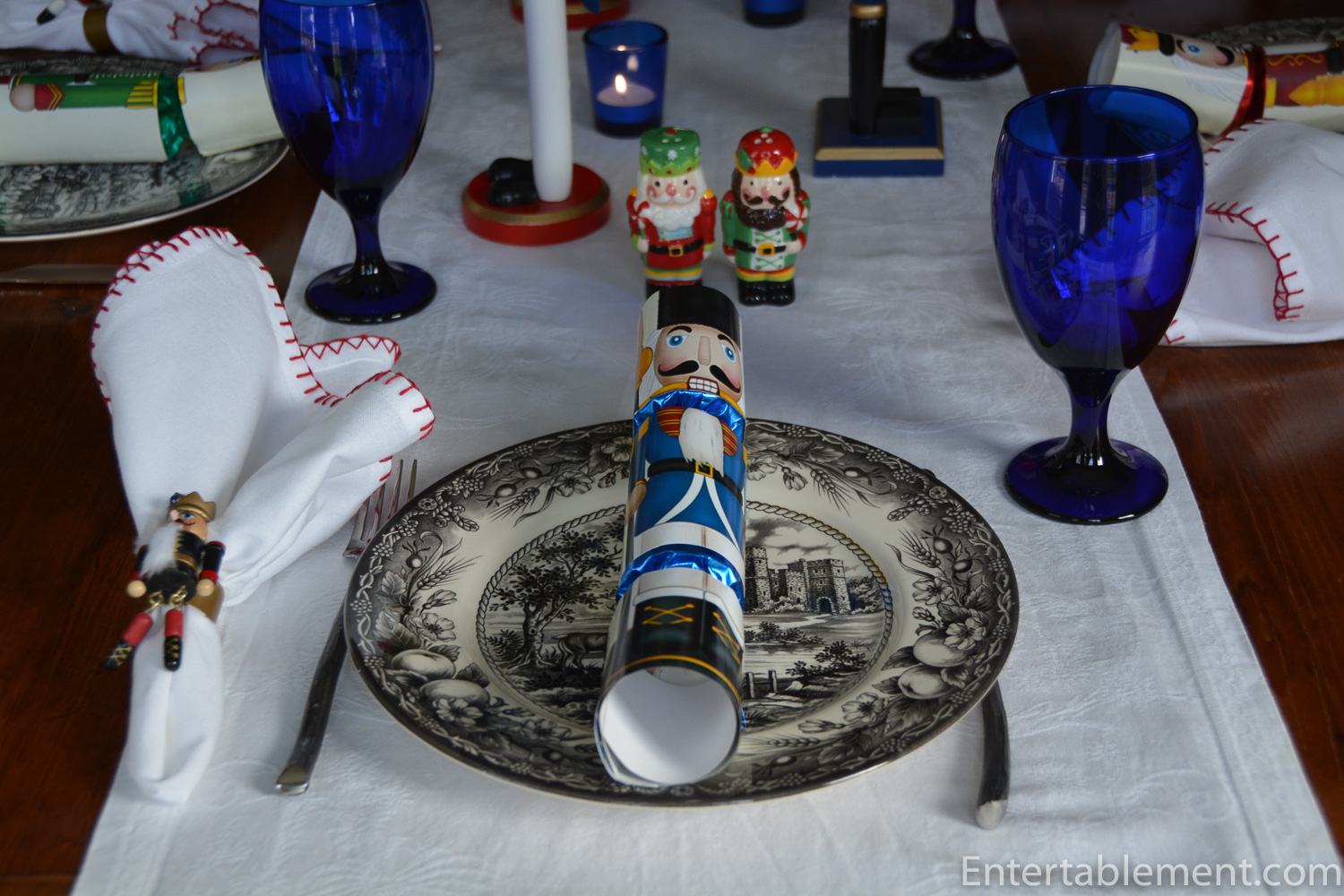 Libbey cobalt glasses and tea lights, black Twig flatware from World Market, a white runner from several seasons ago from Williams Sonoma and white napkins with red blanket stitching from HomeGoods did the trick. 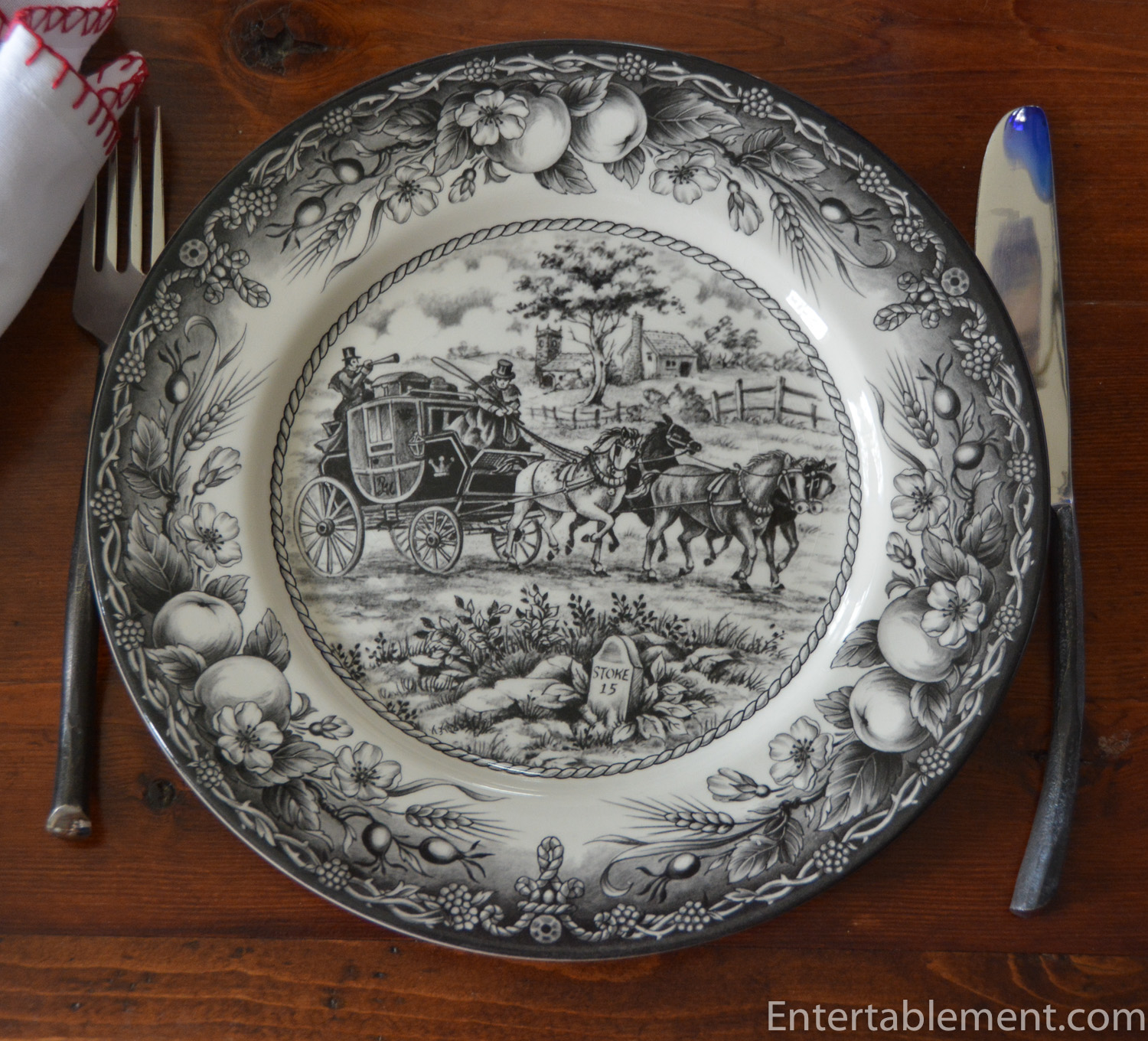 I have a variety of Royal Stafford’s black and white transferware, some from eBay and some from Replacements, comprising a collection of the six different scenes with the same border. This one is Coaching Scene. 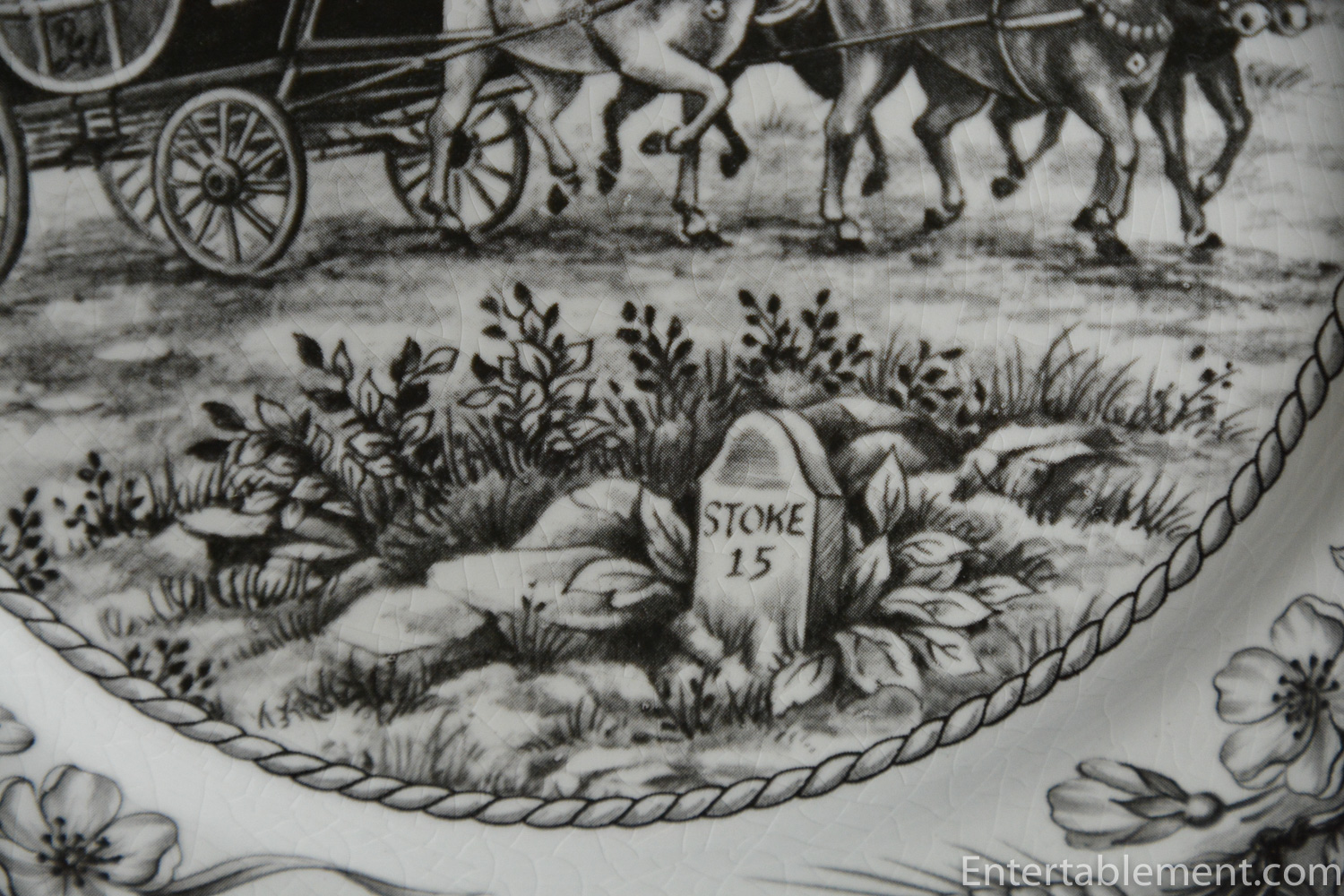 I love the milestone detail “Stoke 15”, referring to Stoke-on-Trent, which was the Pottery District in England. 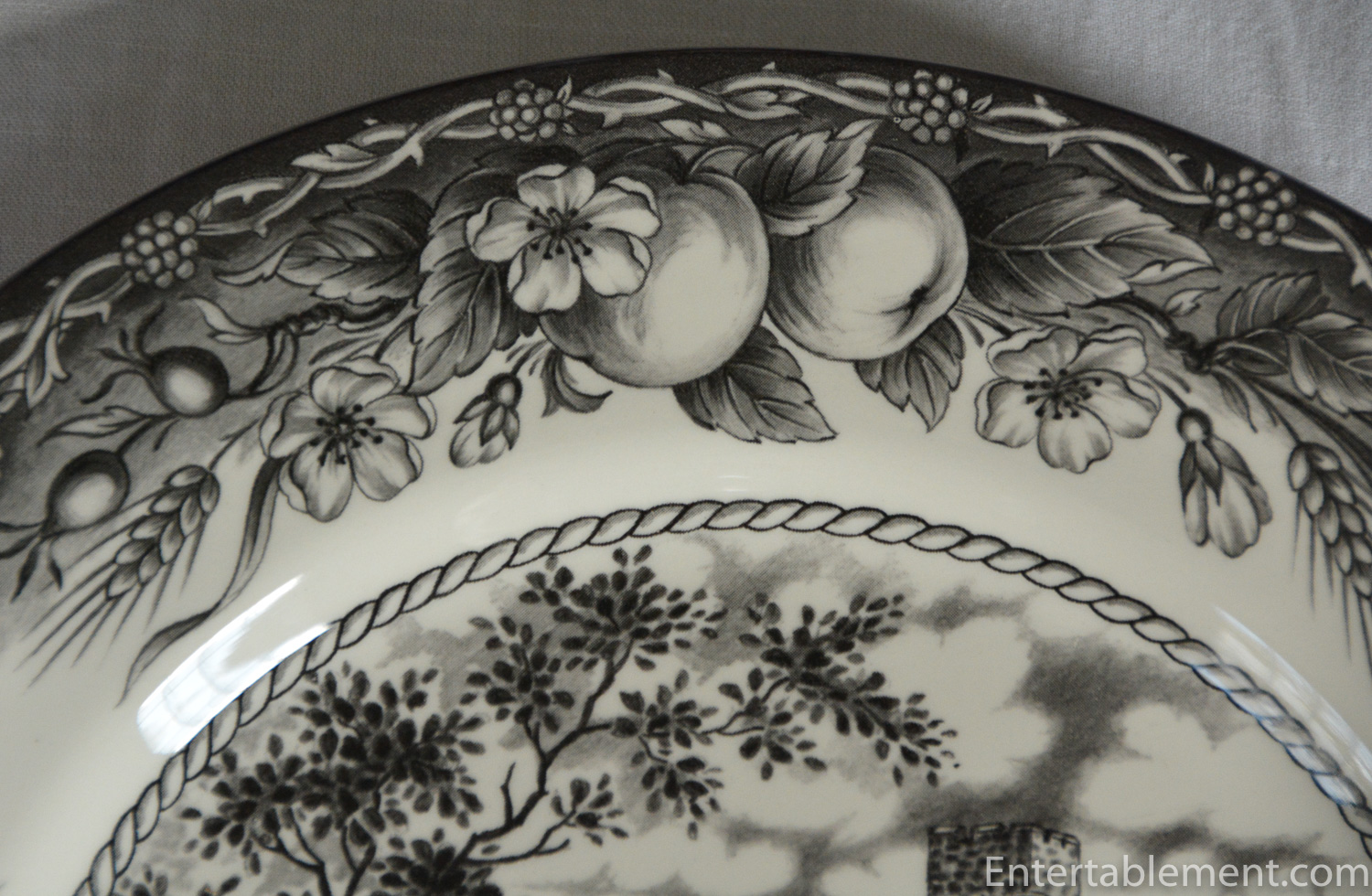 The borders on all the plates feature fruit and flowers. 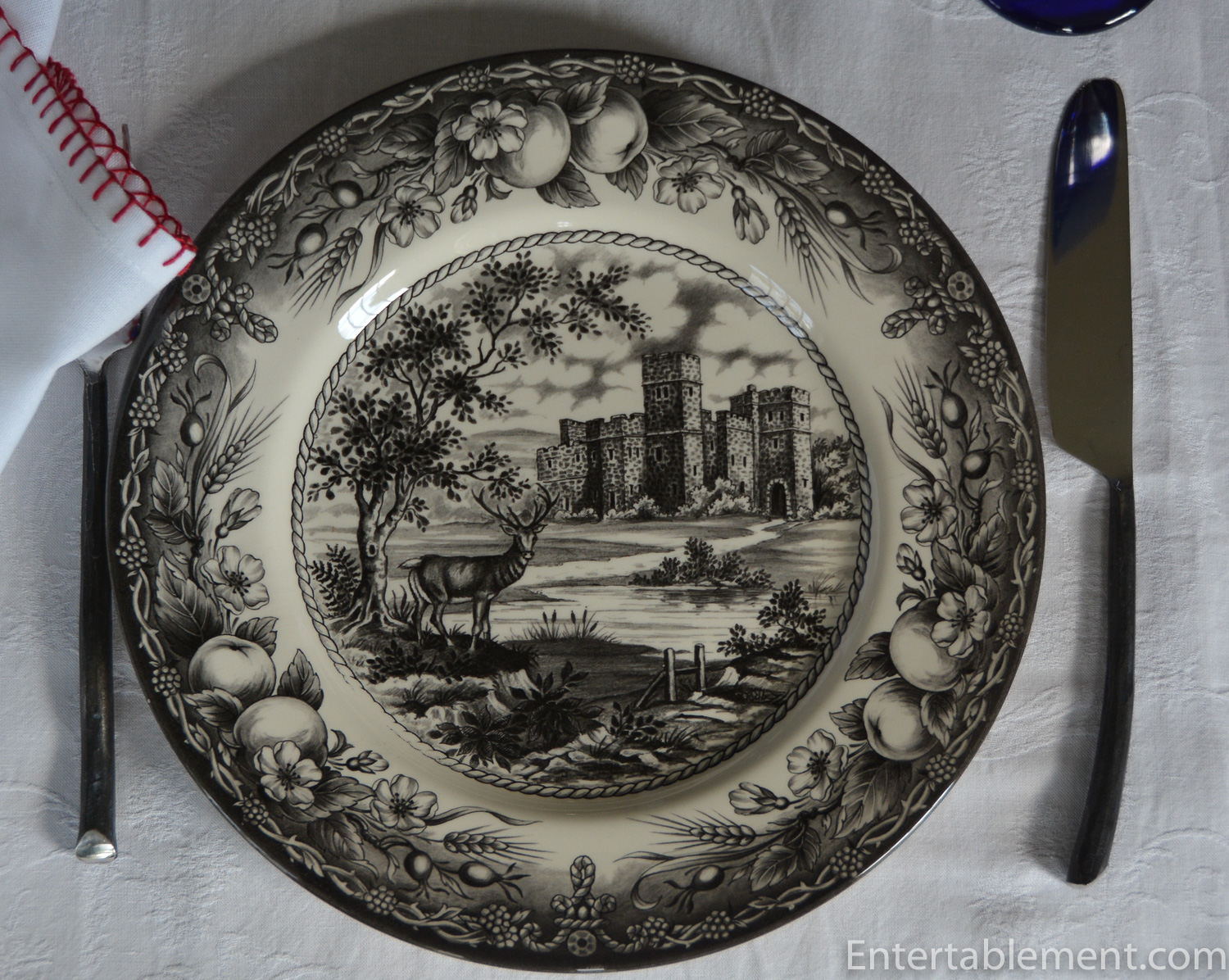 This one is Monarch of the Castle. 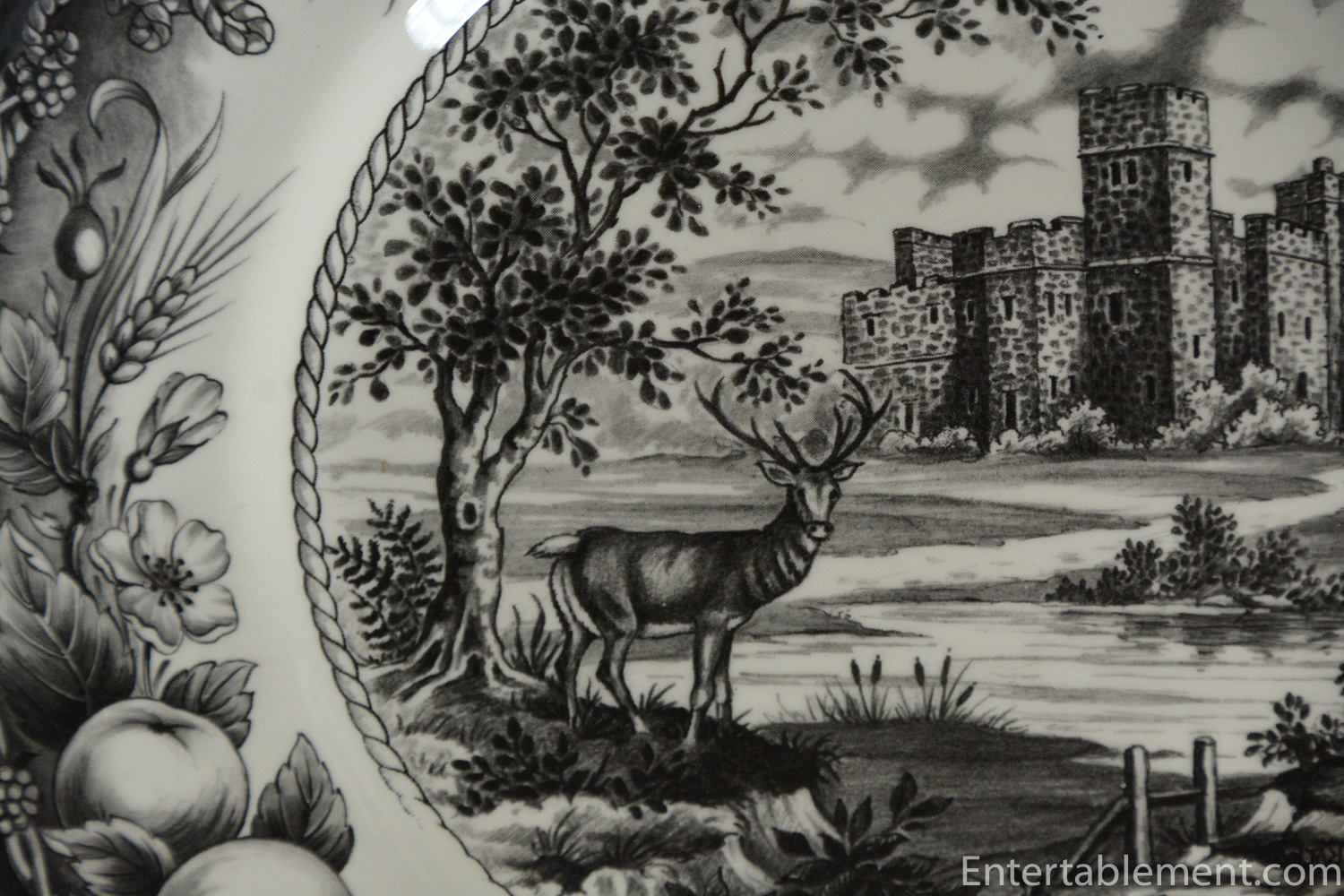 There he is, in all his glory. 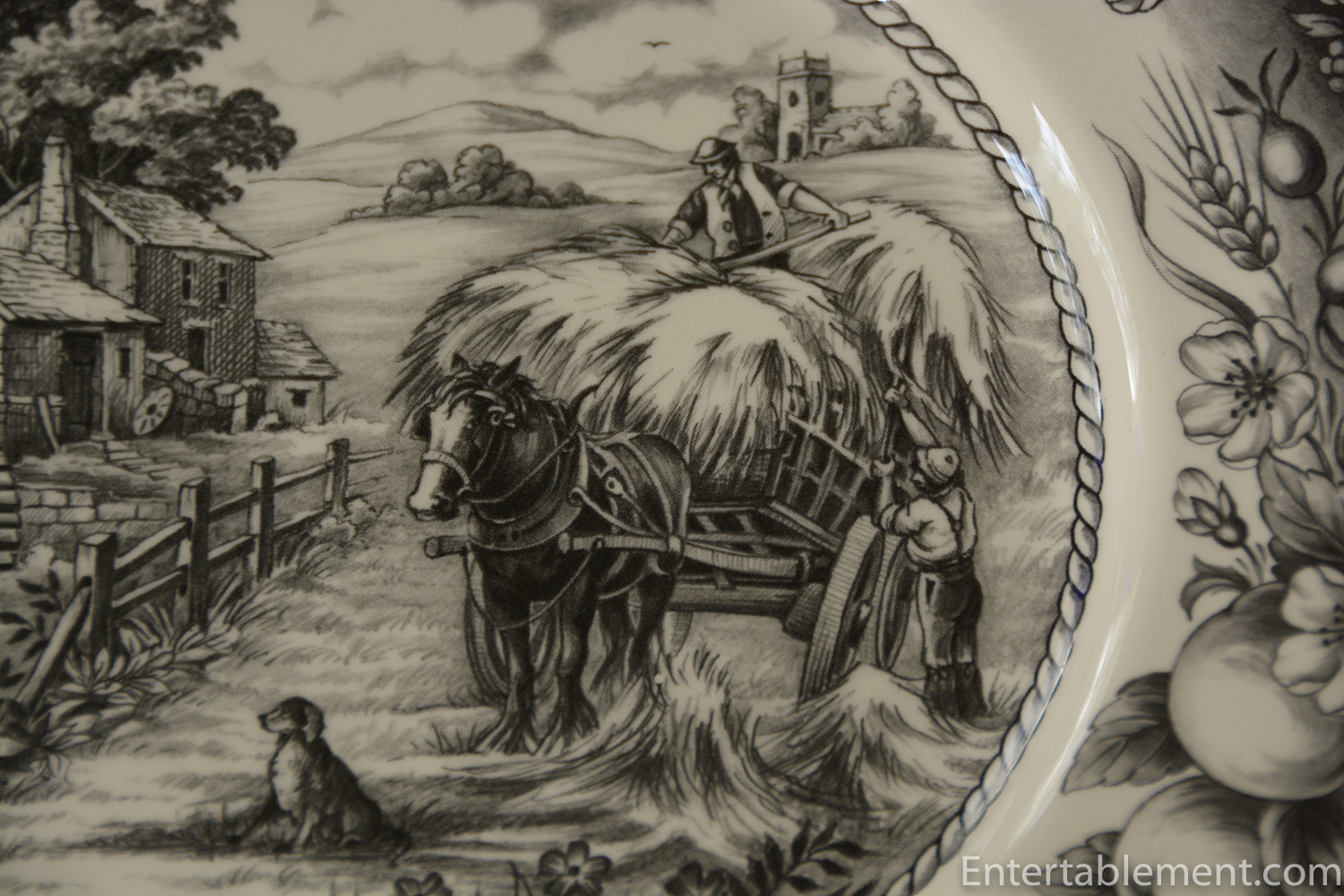 I think the little dog on Hayride is my favourite. 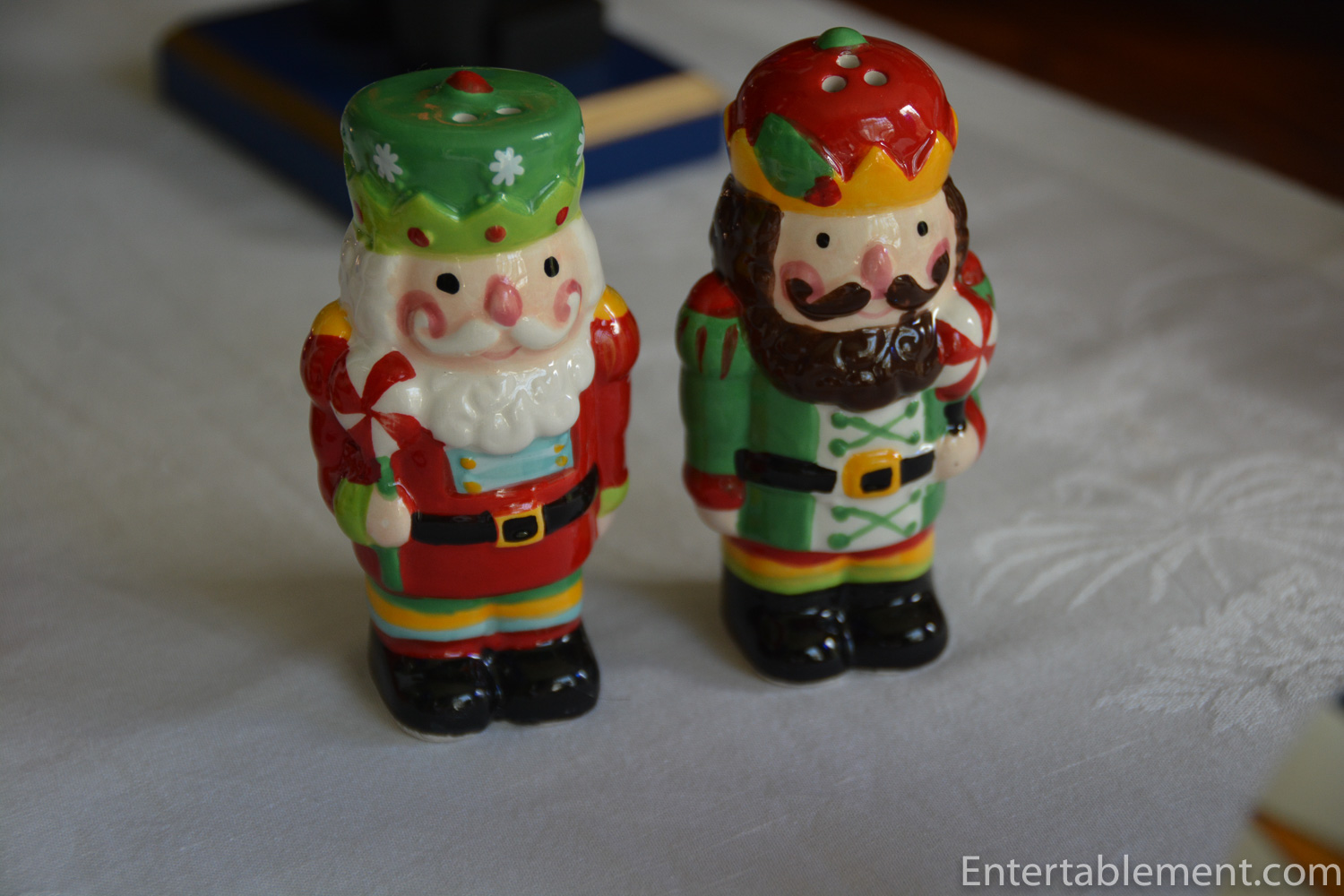 Pier 1 held up their end with a Nutcracker Salt & Pepper. 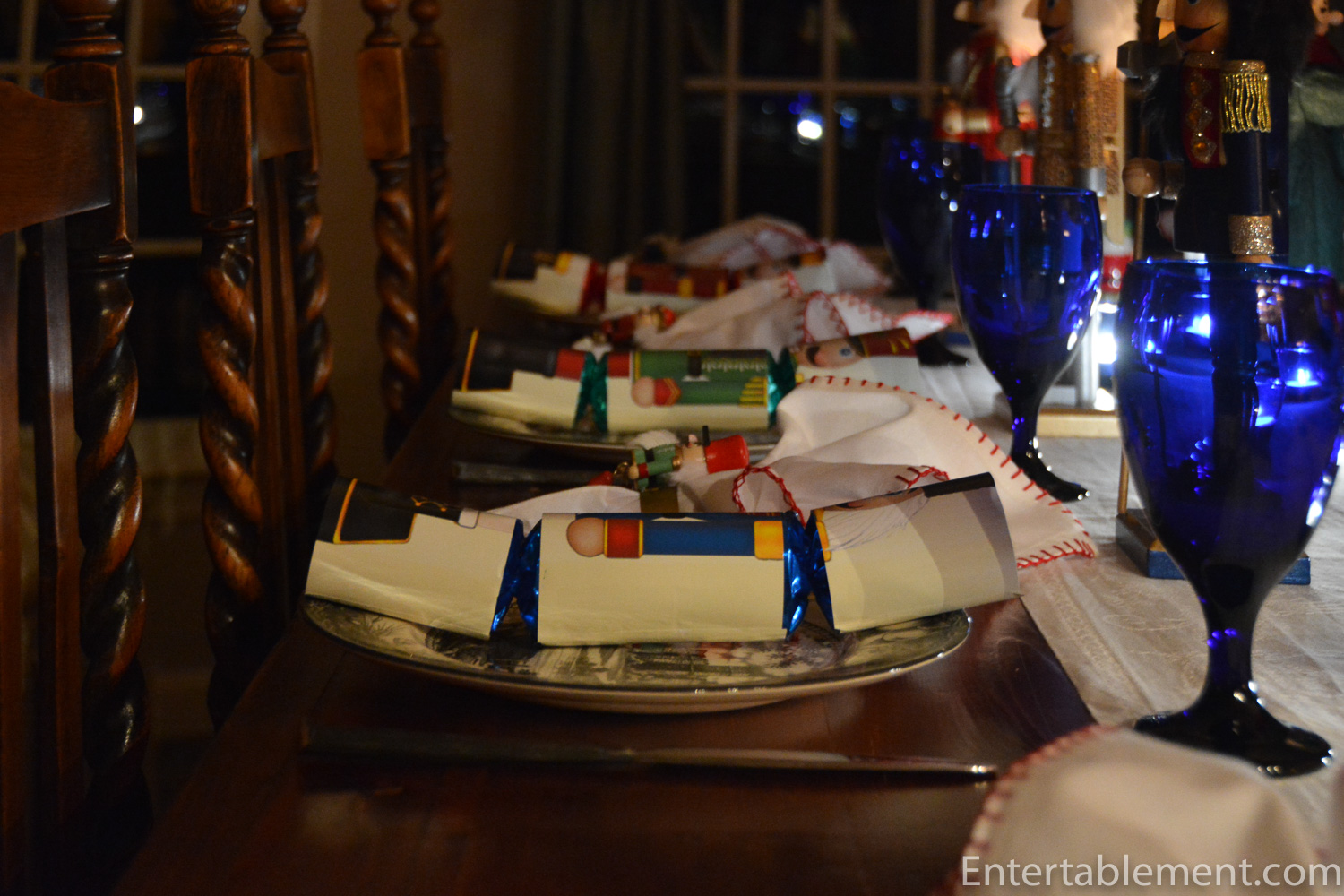 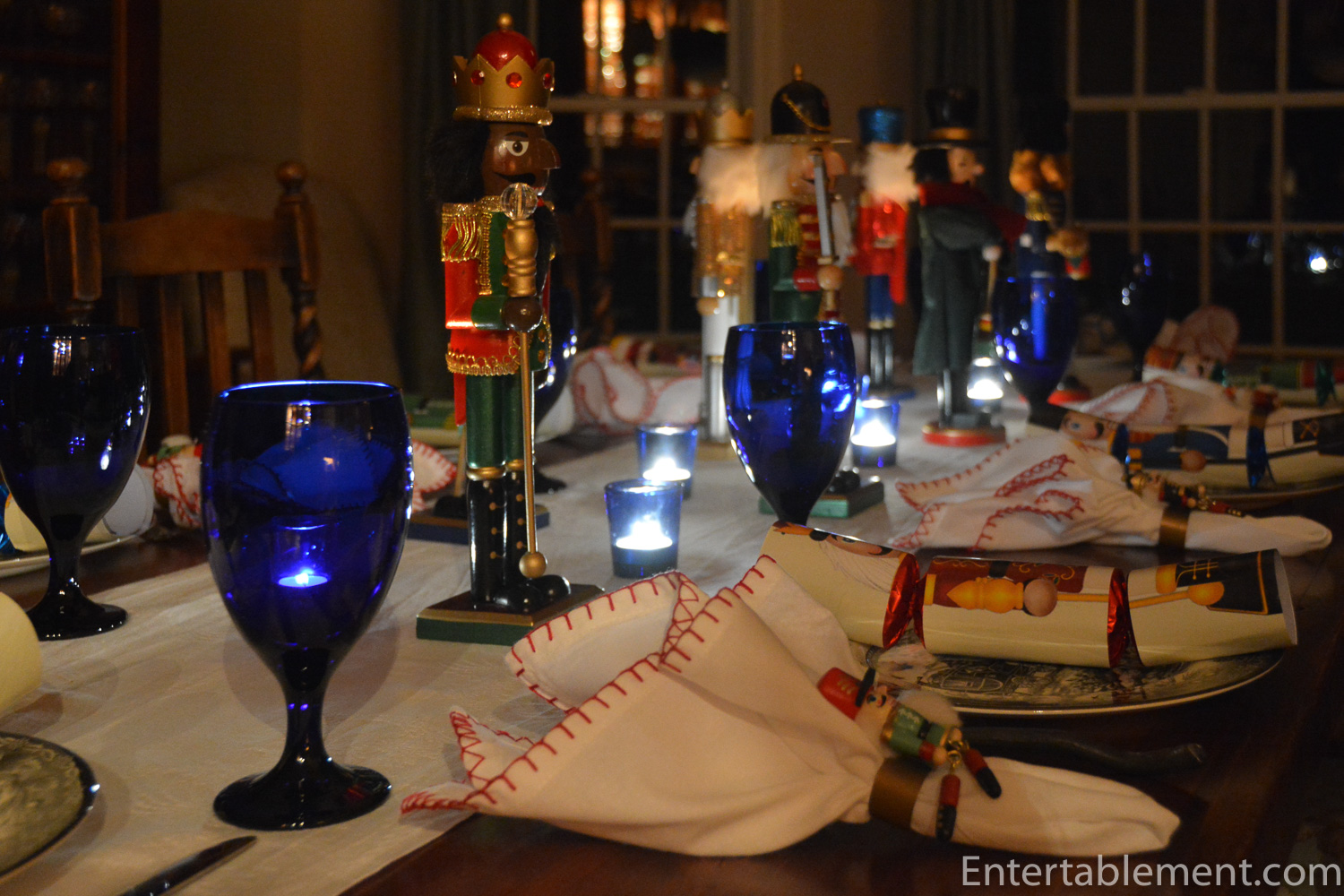 Nutcrackers always signal “Christmas” to me. I remember my mother taking me to the Nutcracker ballet every year. I was far more interested in the hot chocolate and the treats that followed, as I inevitably fell asleep during the performance itself. But it was a lovely tradition and makes for very fond memories. 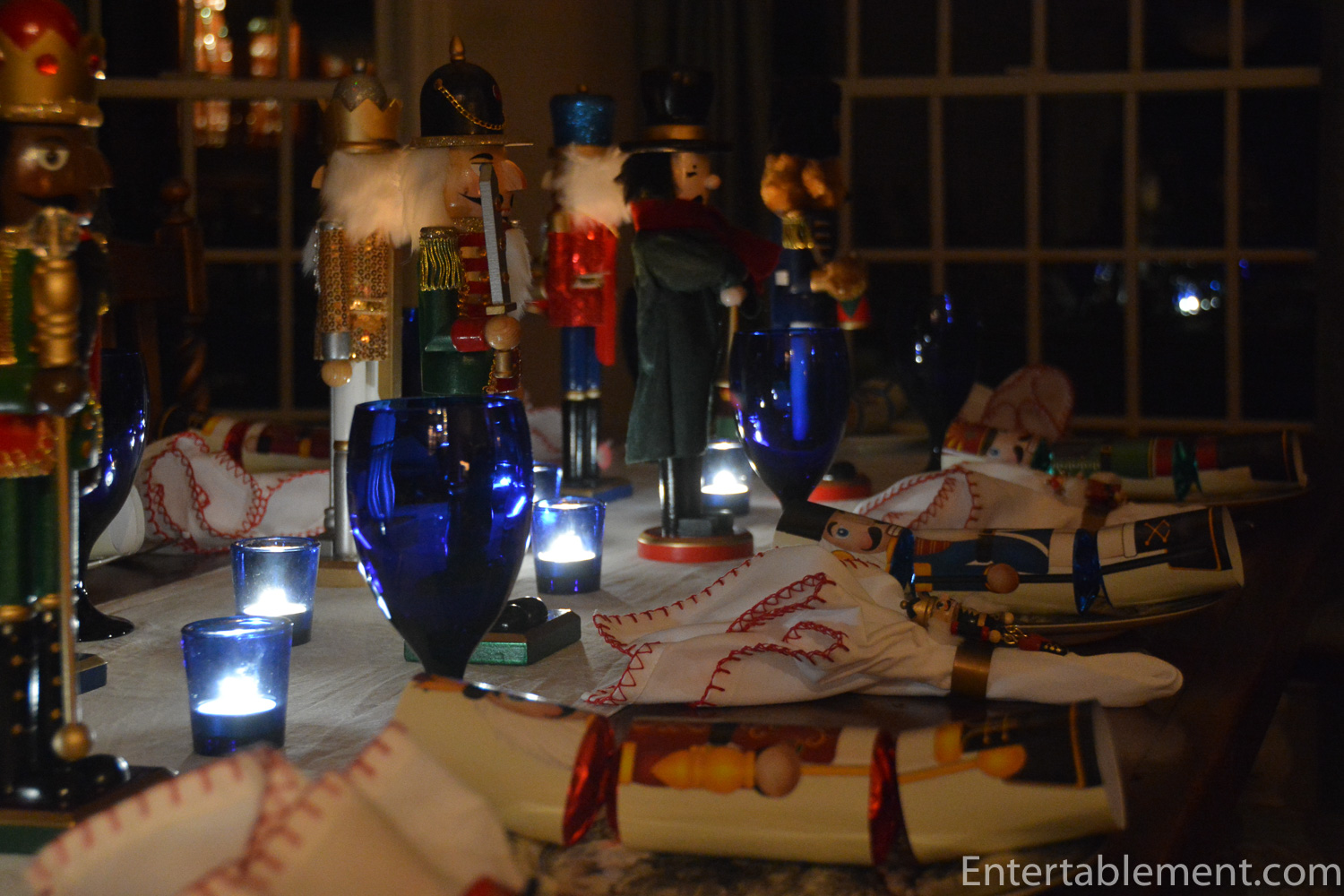 Enjoy the day everyone!