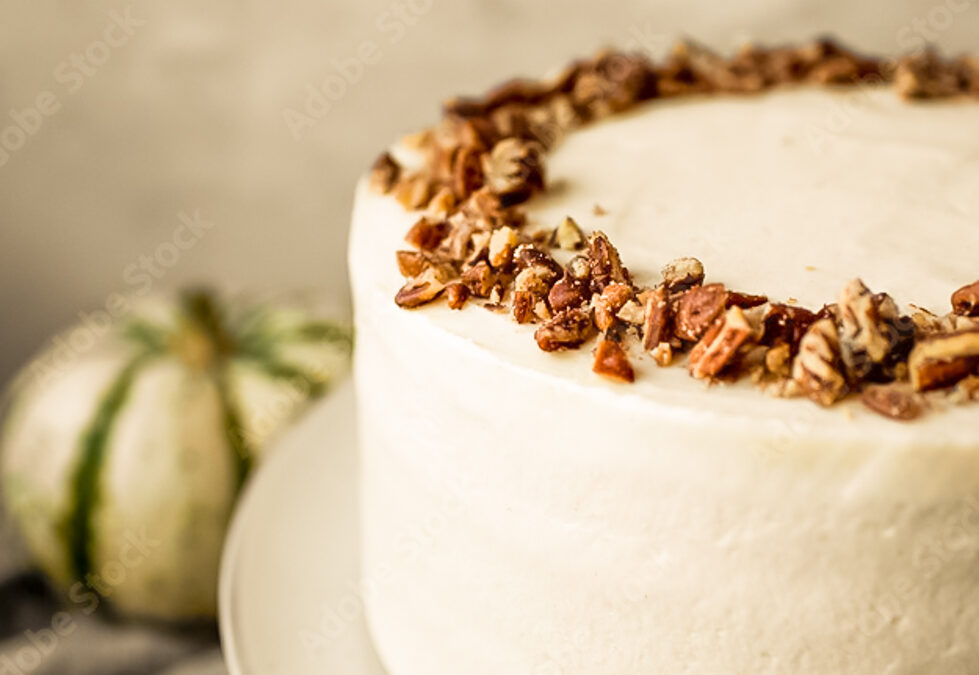 The beguiling pictures shown in Fine Cooking’s Issue 107 drew me in, but the outstanding reviews sealed the deal. The cake is universally loved, and with good reason. The original recipe calls for roasting a pie pumpkin, but frankly, this step can be dispensed with. Canned pumpkin puree is consistently good, and the brown butter featured in both the cake and frosting provides more than enough depth of flavour.

People reported issues with the frosting (too high a ratio of fat to icing sugar); I concurred and adjusted accordingly. 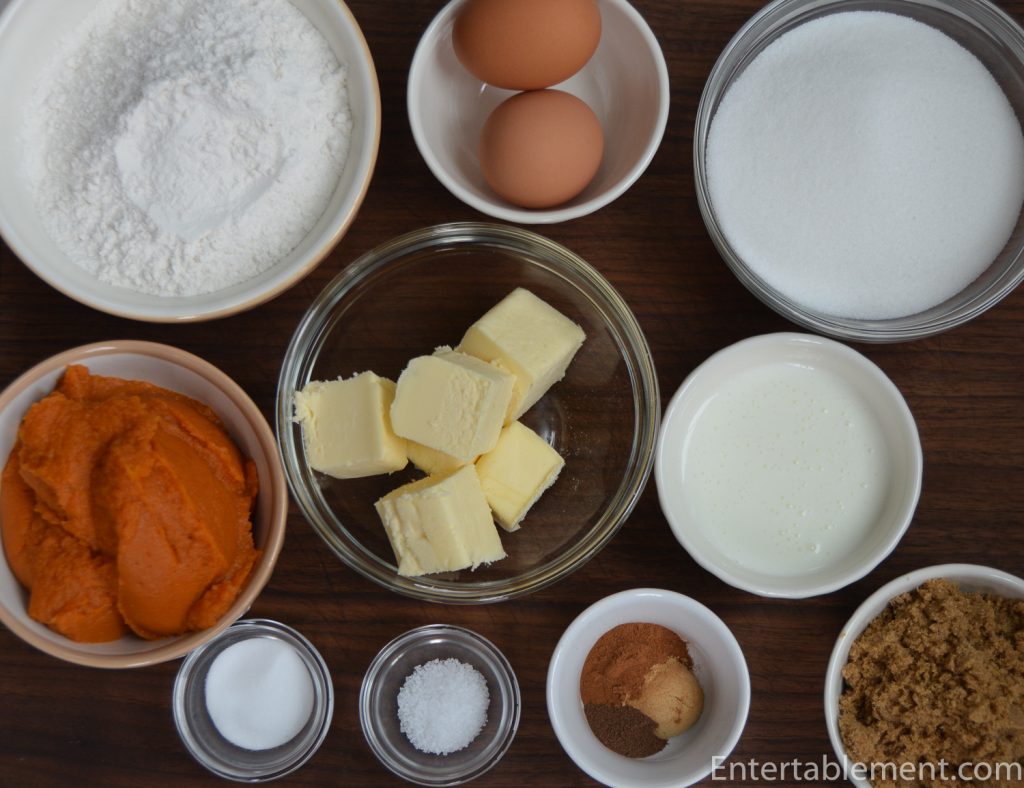 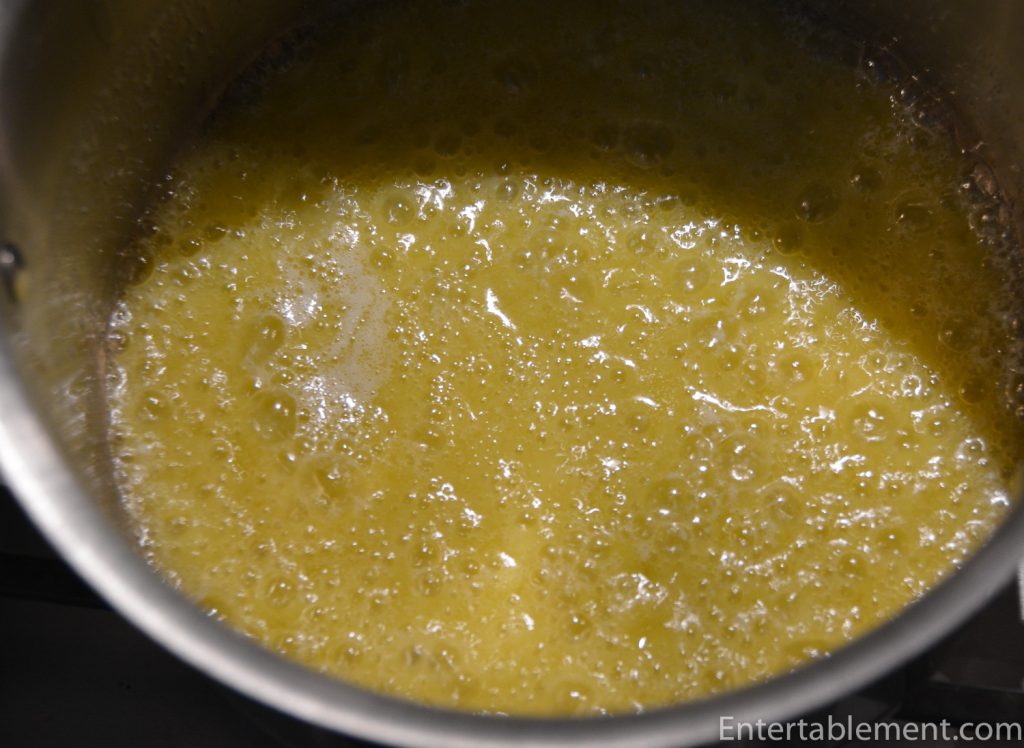 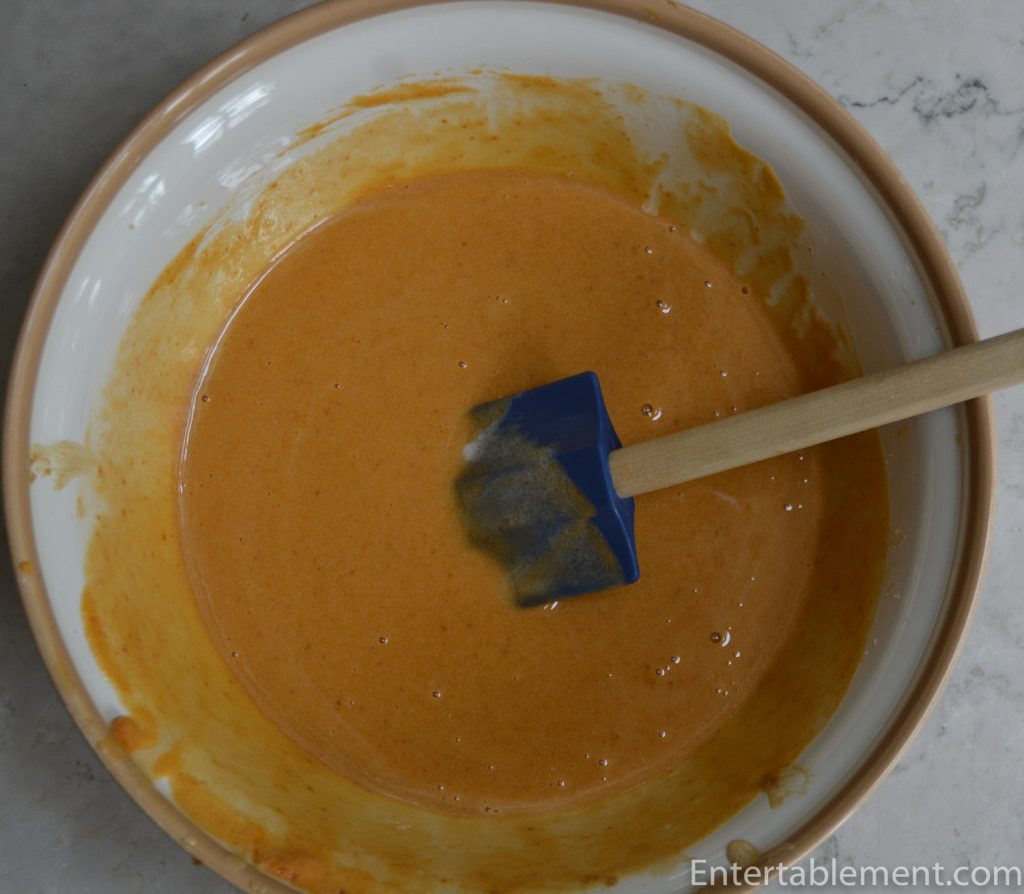 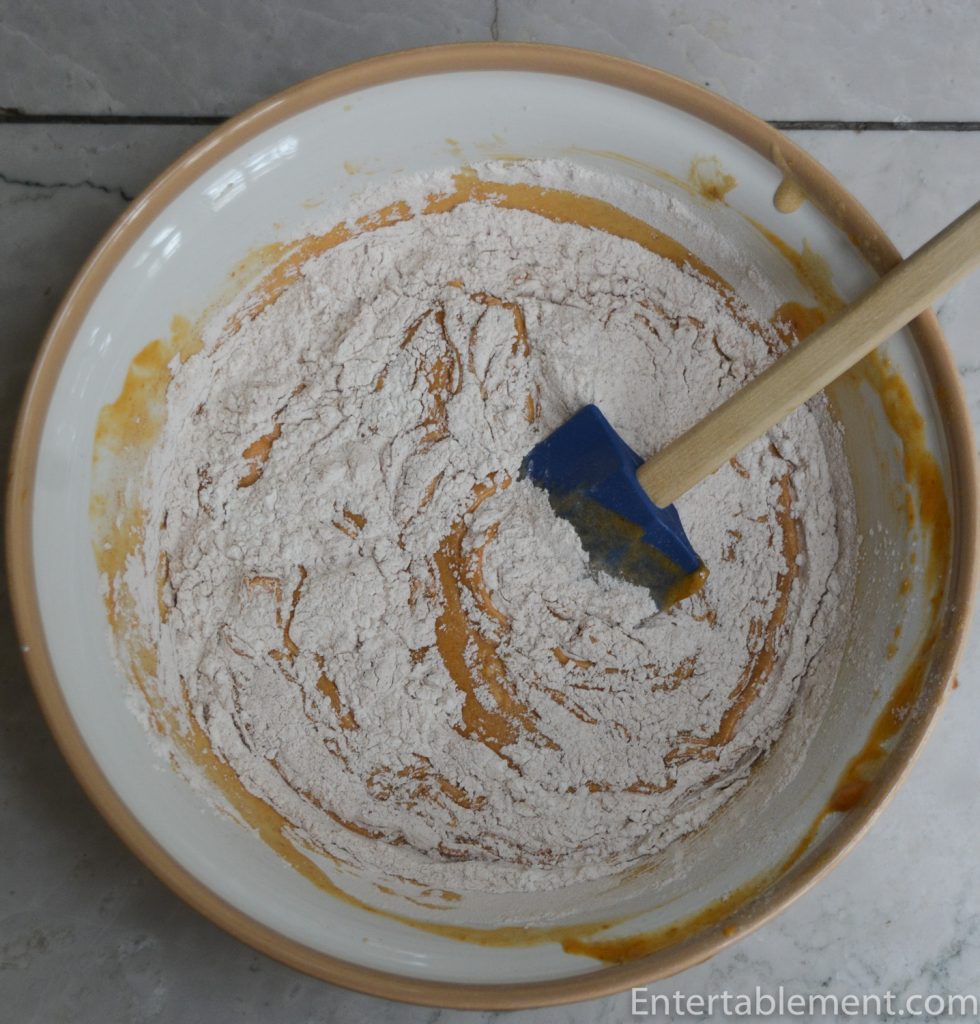 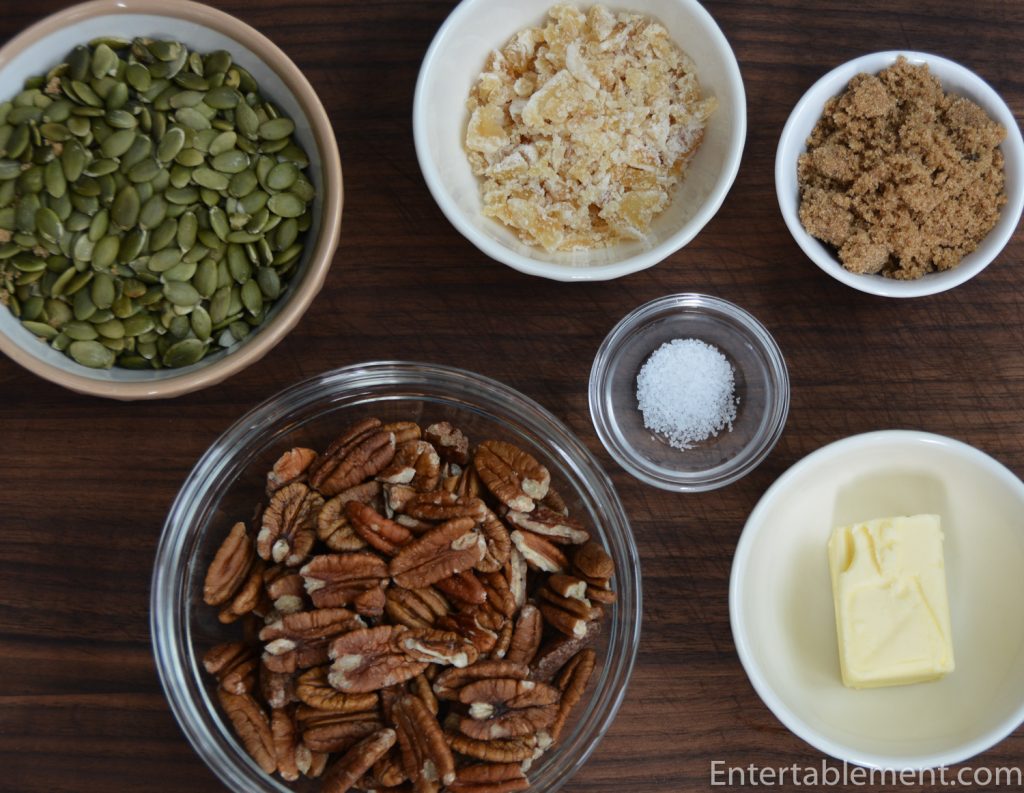 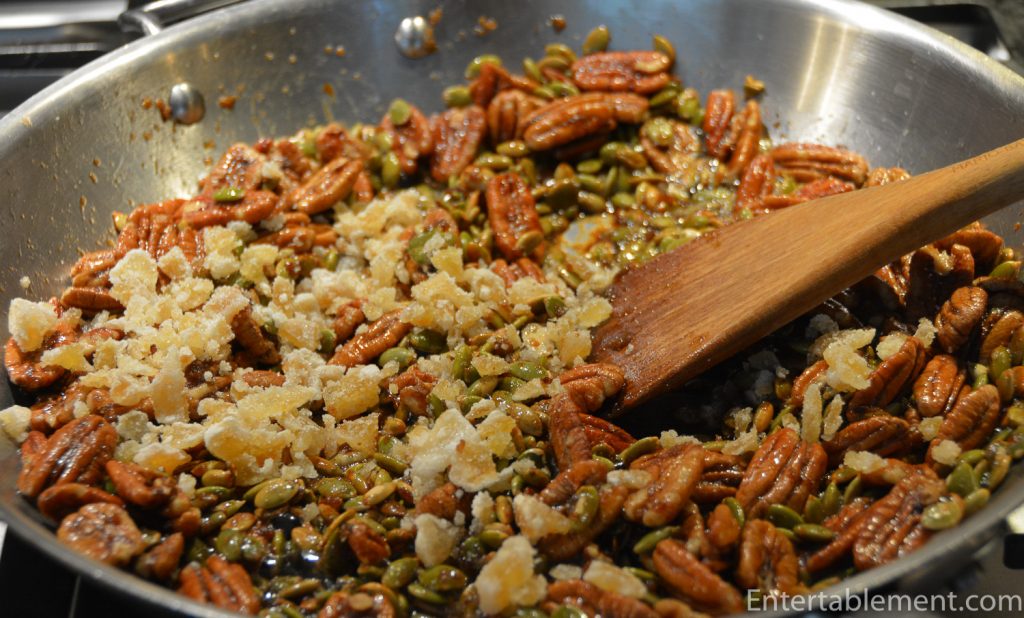 Add the brown sugar to the browned nuts 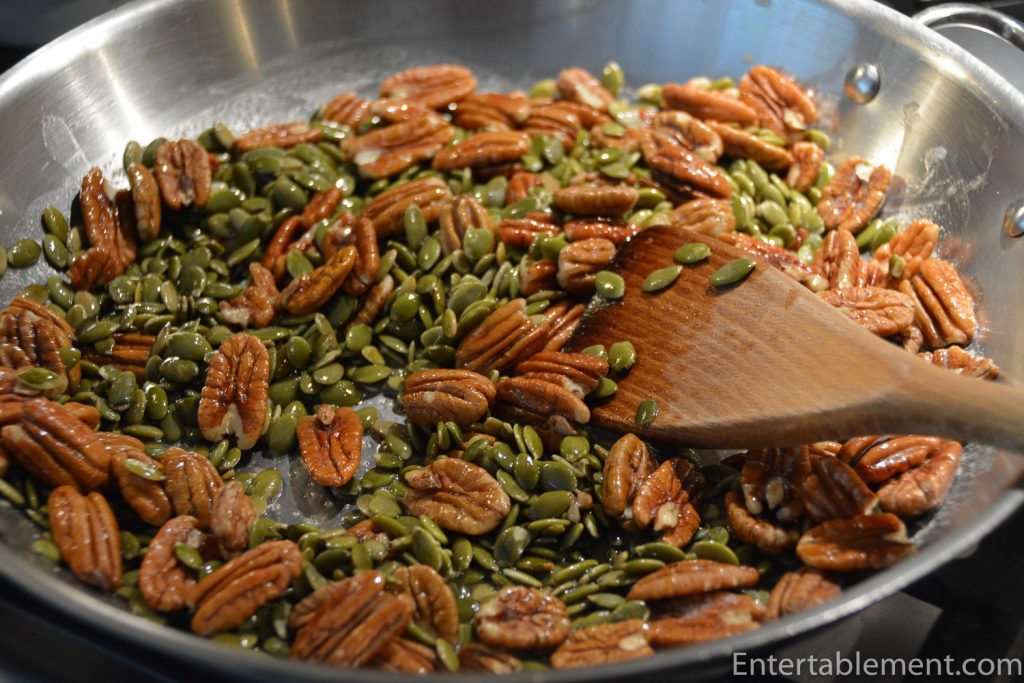 Stir in the crystallized ginger 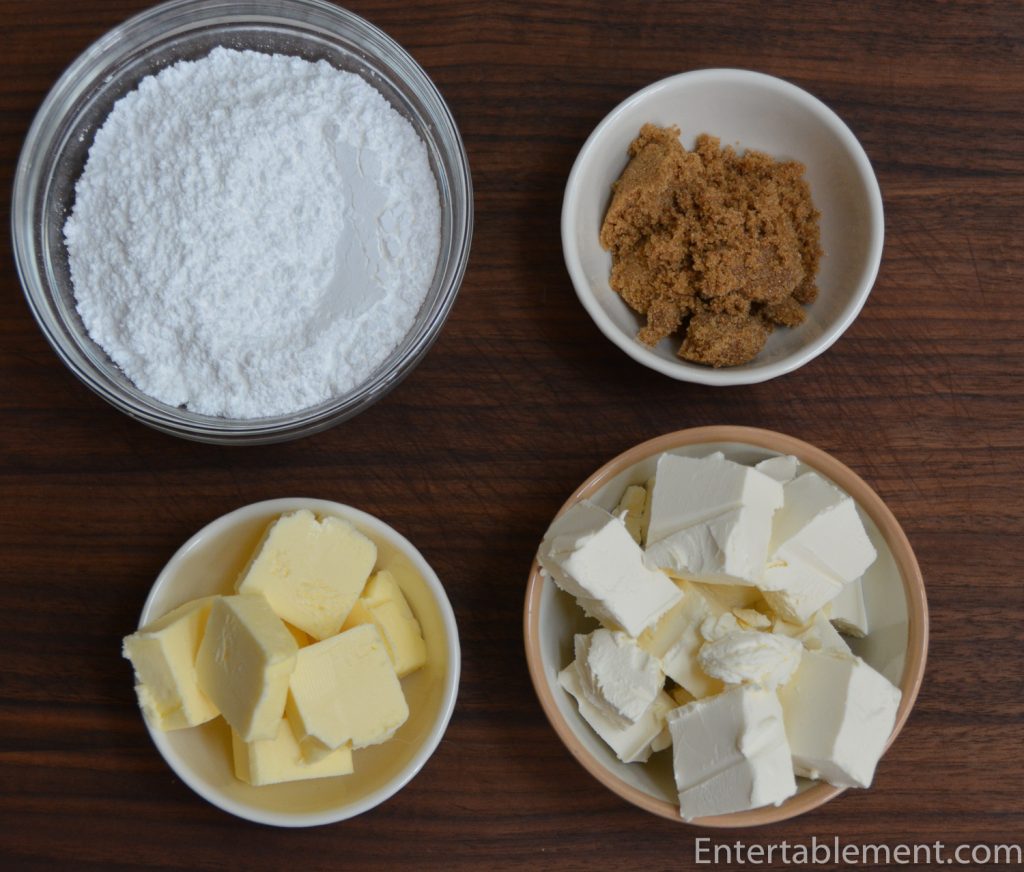 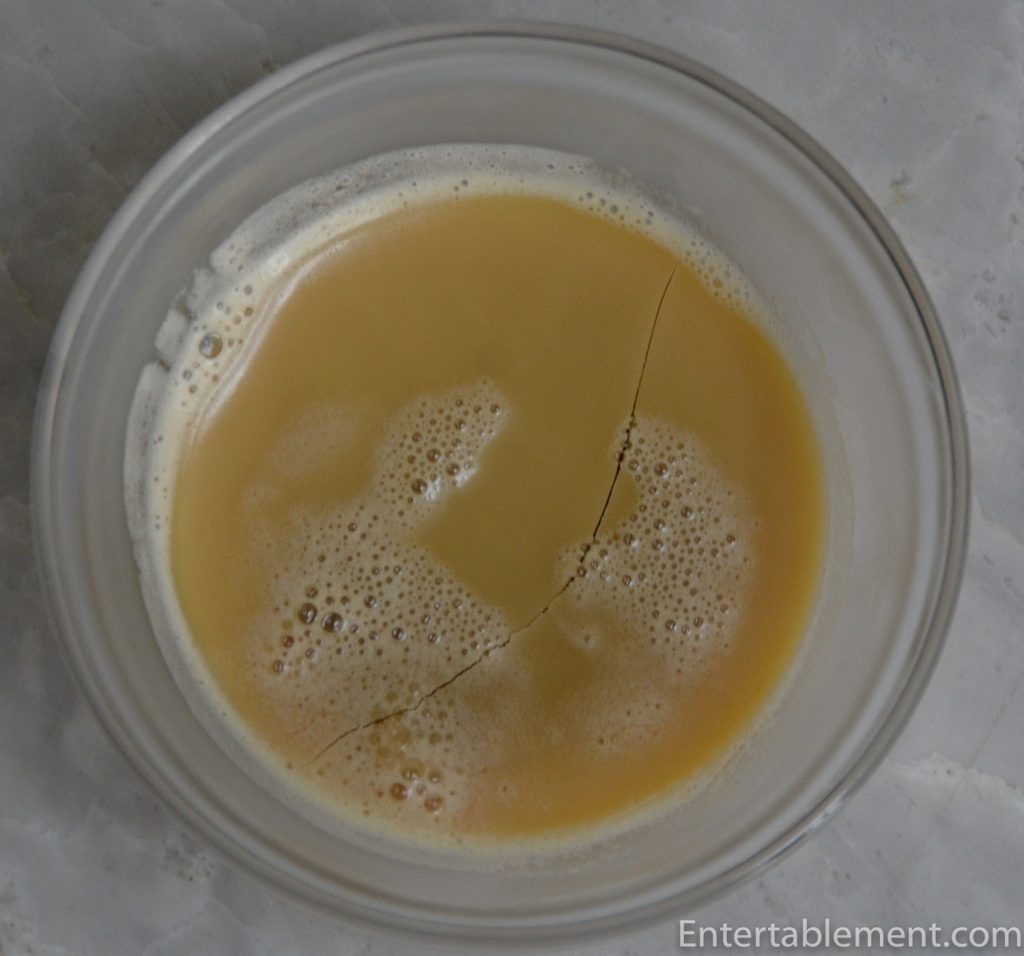 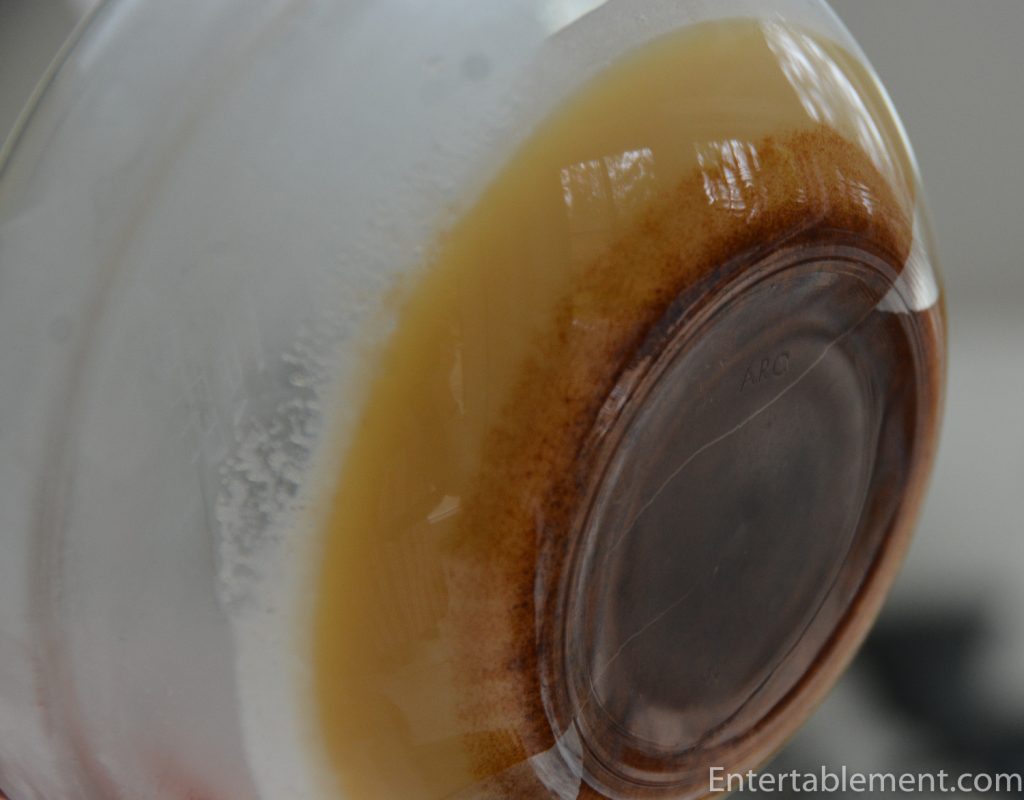 All the solids are on the bottom 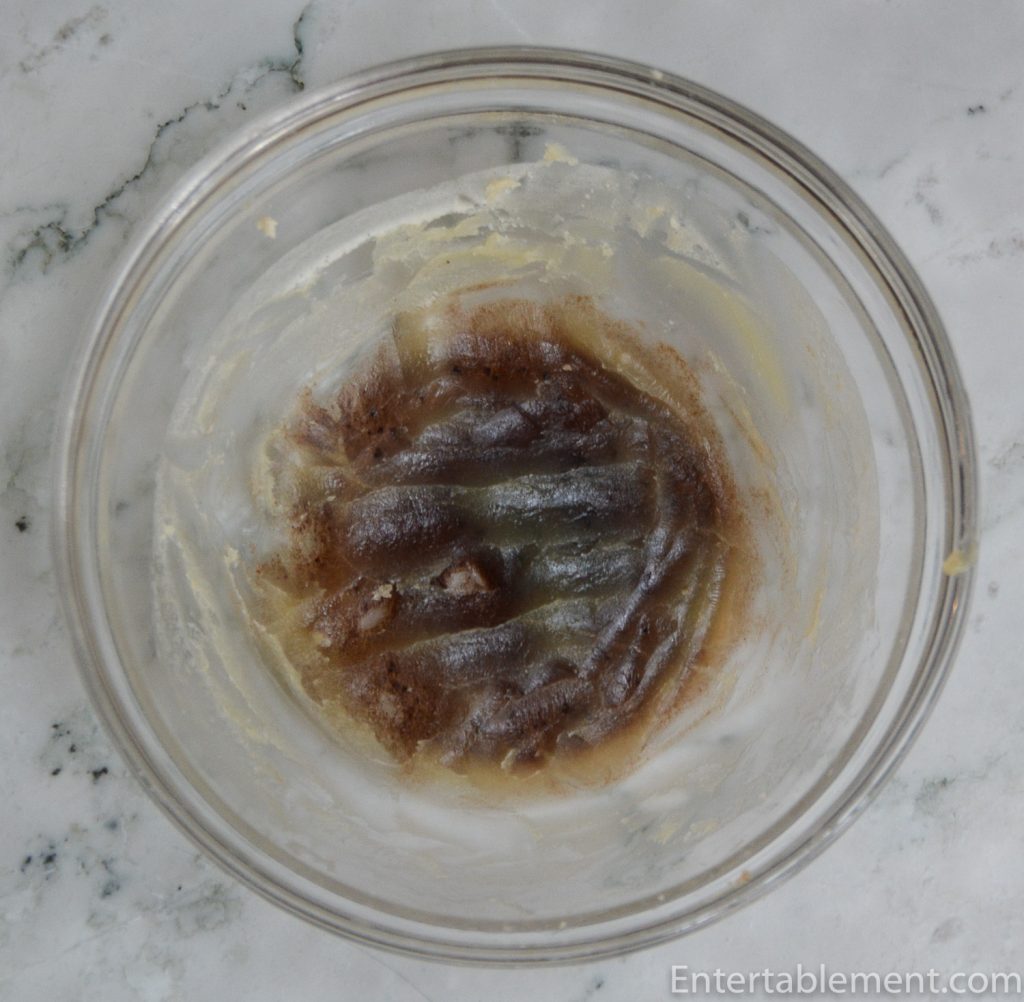 After scraping off the butter, the solids remain 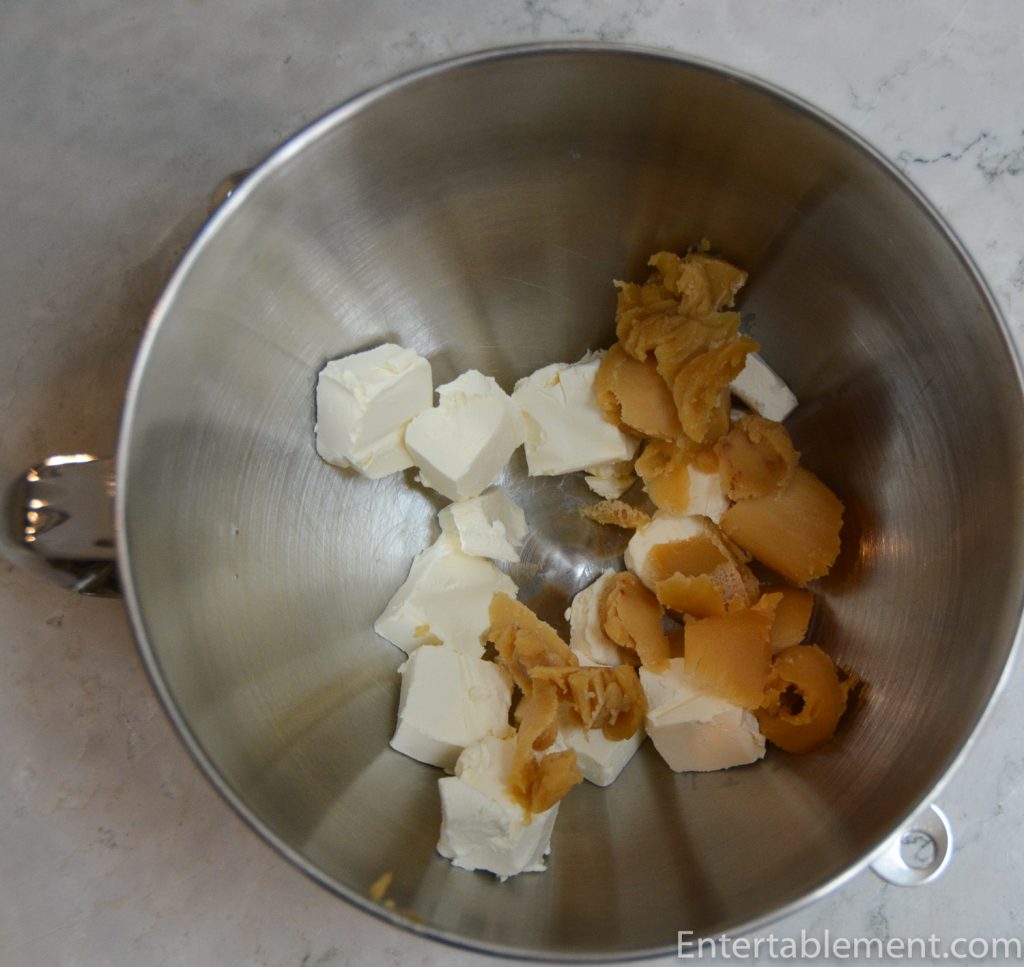 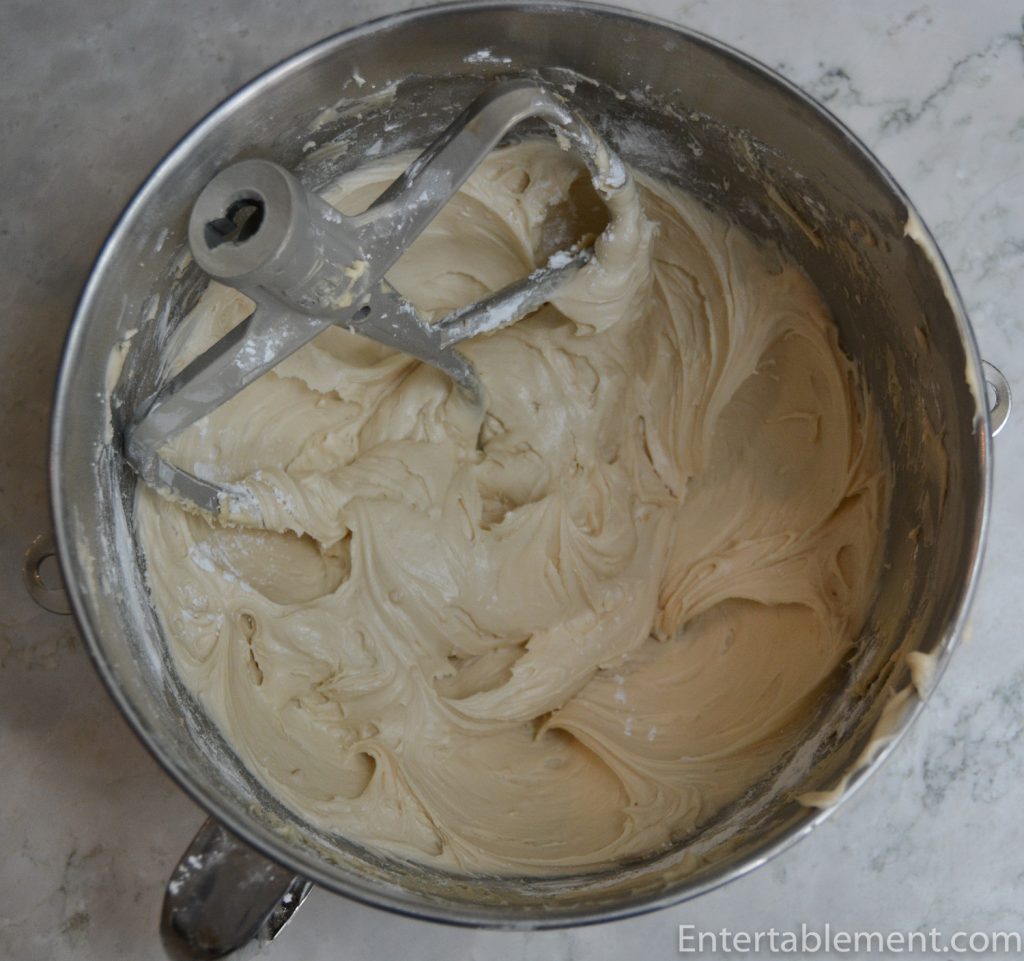 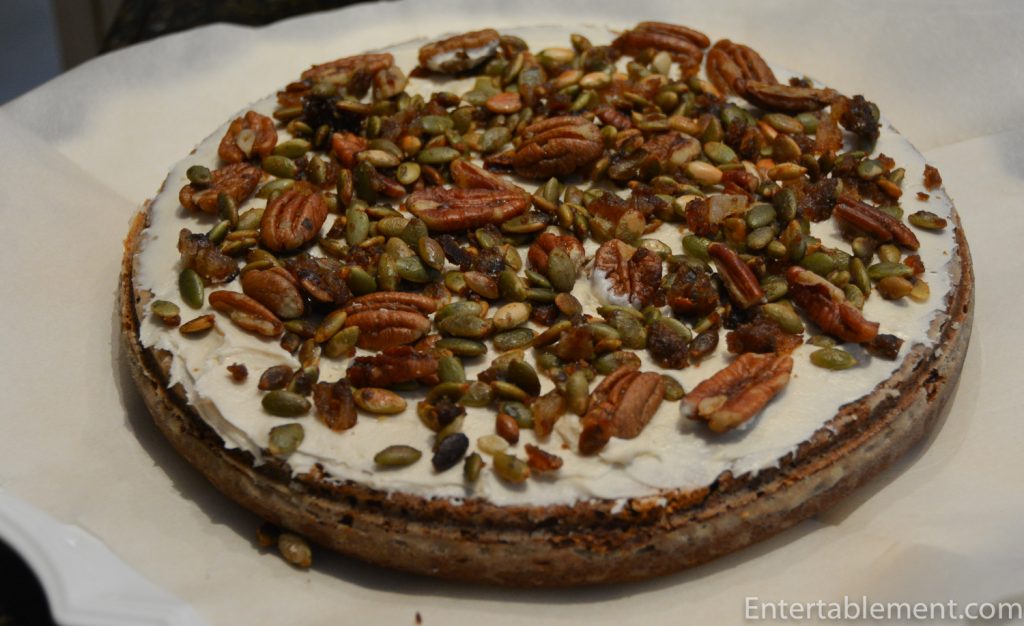 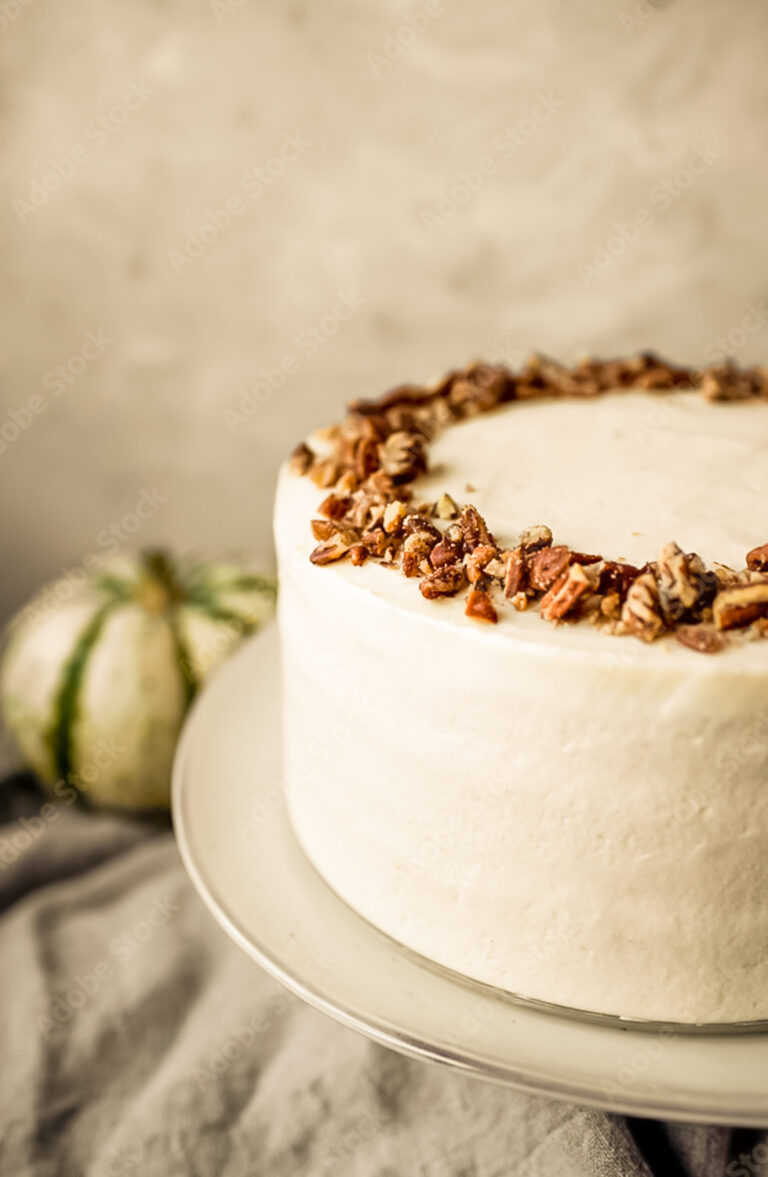