Set Sail to the Nantucket Shoreline 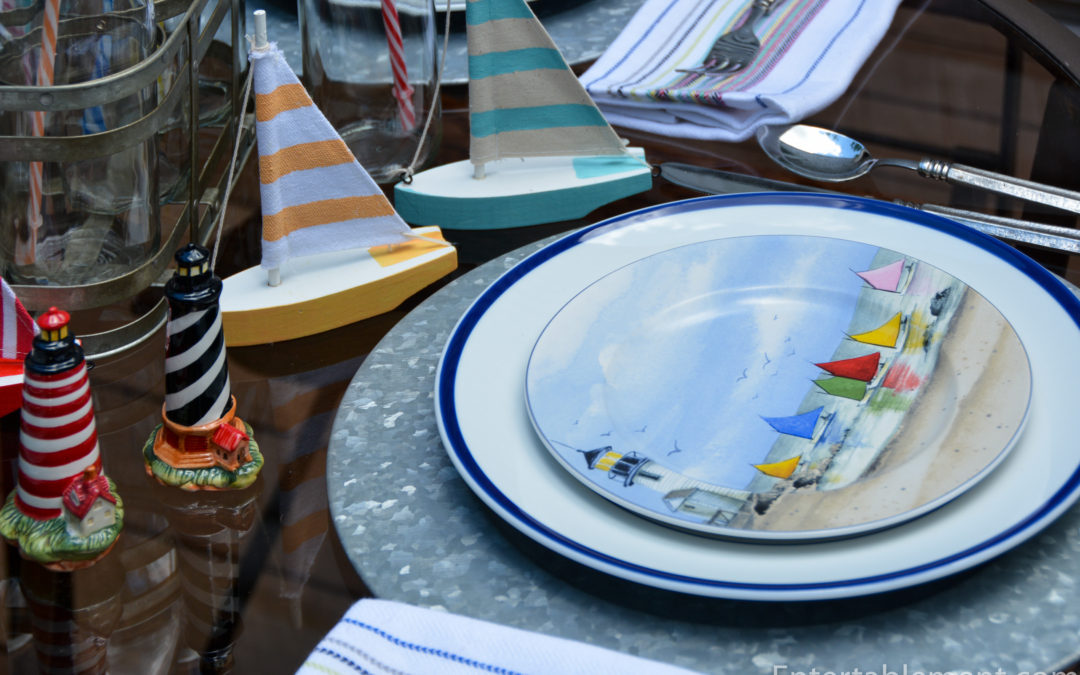 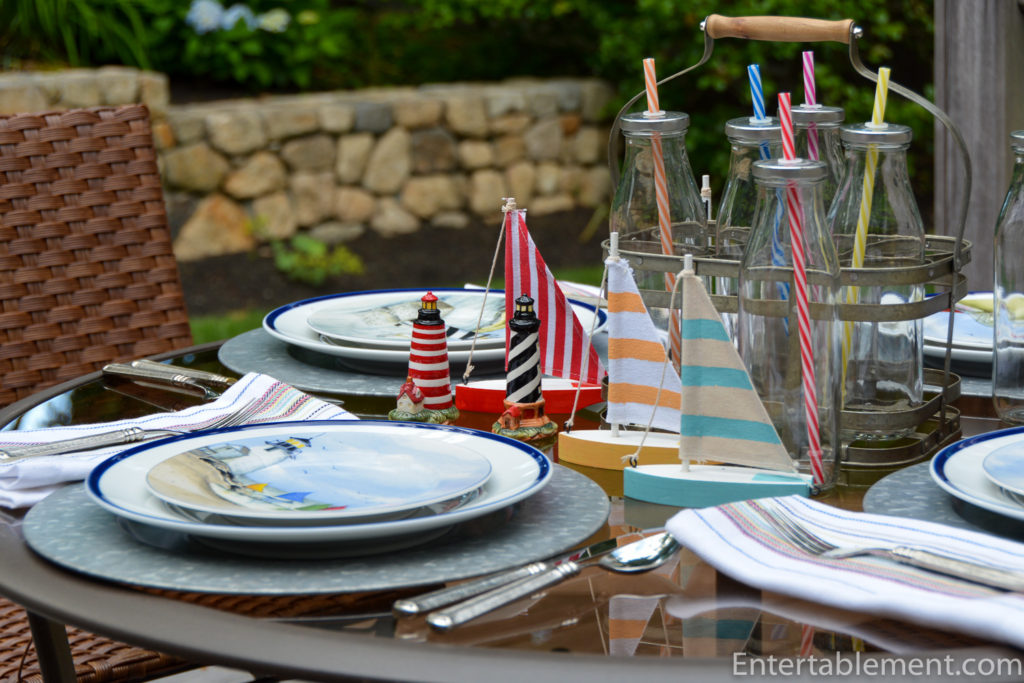 Sounds like summer in Cape Cod and the Islands of Nantucket and Martha’s Vineyard. 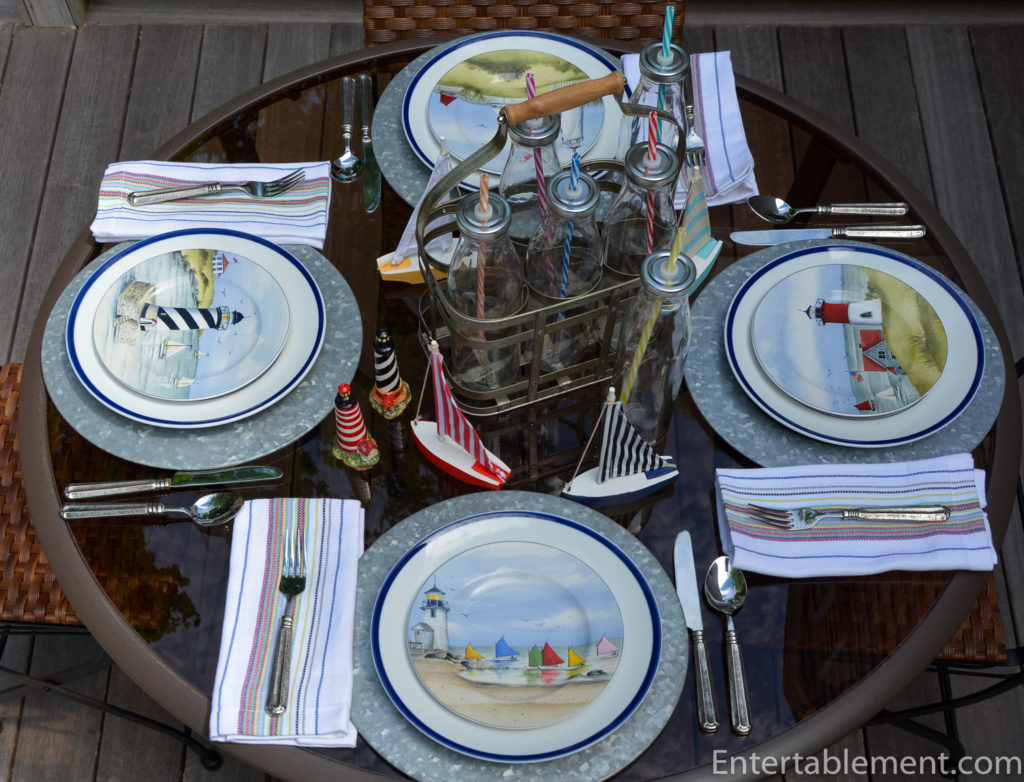 While I love the lighthouses, the colourful sailboats really caught my eye. There is something lighthearted and engaging about multicoloured sails – or balloons, for that matter. 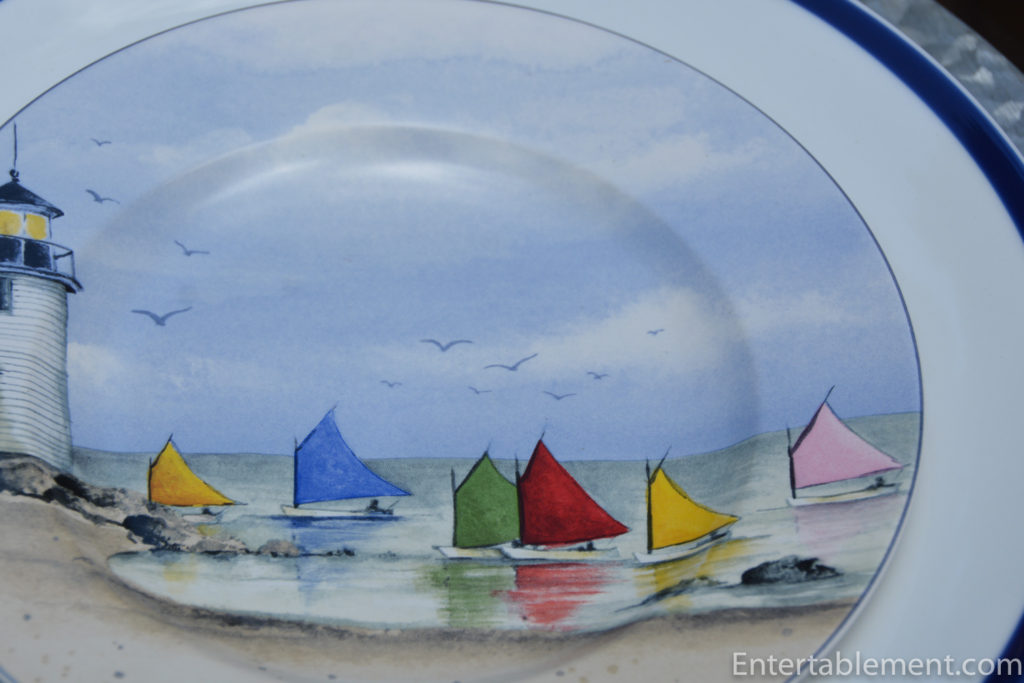 This set of four salad plates is part of a Nantucket Shoreline, a discontinued pattern by Sakura. 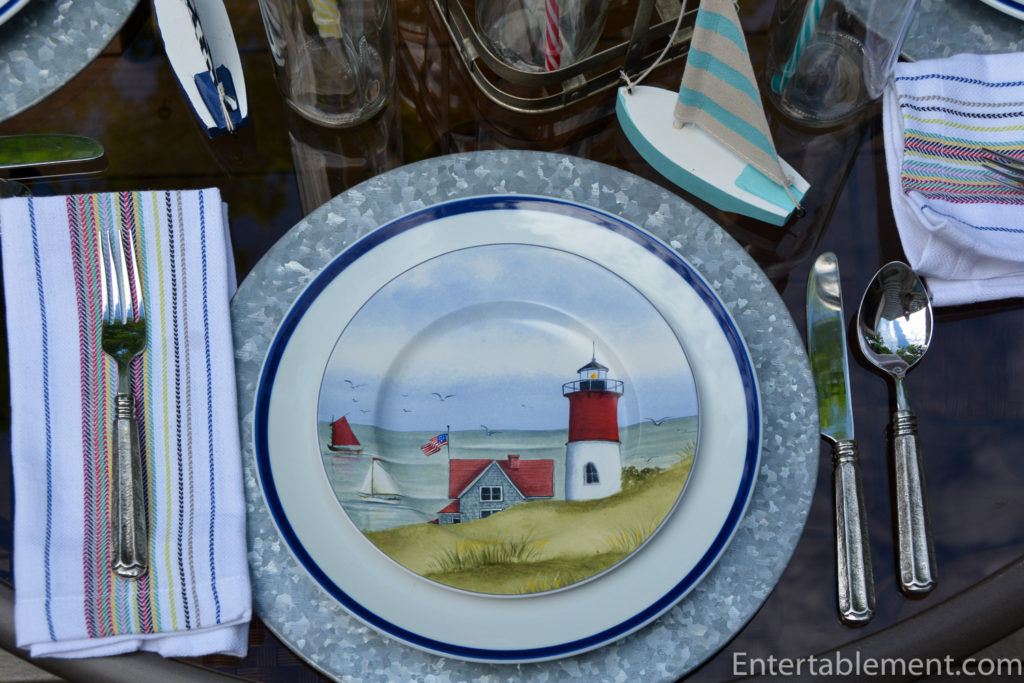 I believe they were originally produced as handpainted pieces by artist Gracie Knight. 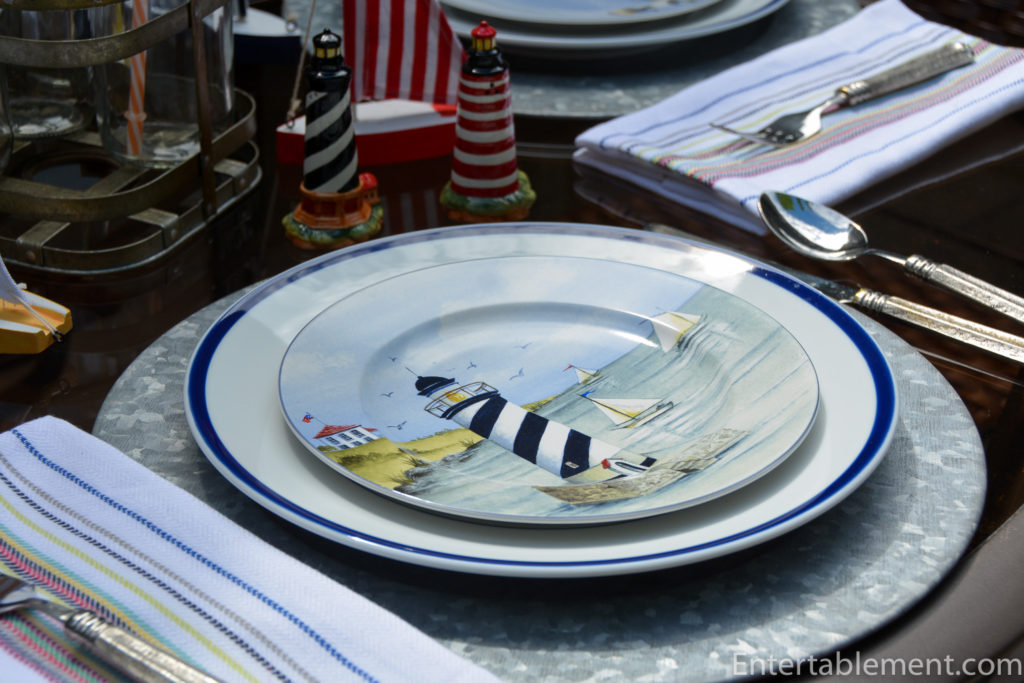 The pattern proved so popular that a decal version of the ceramic plates and a melamine set followed. 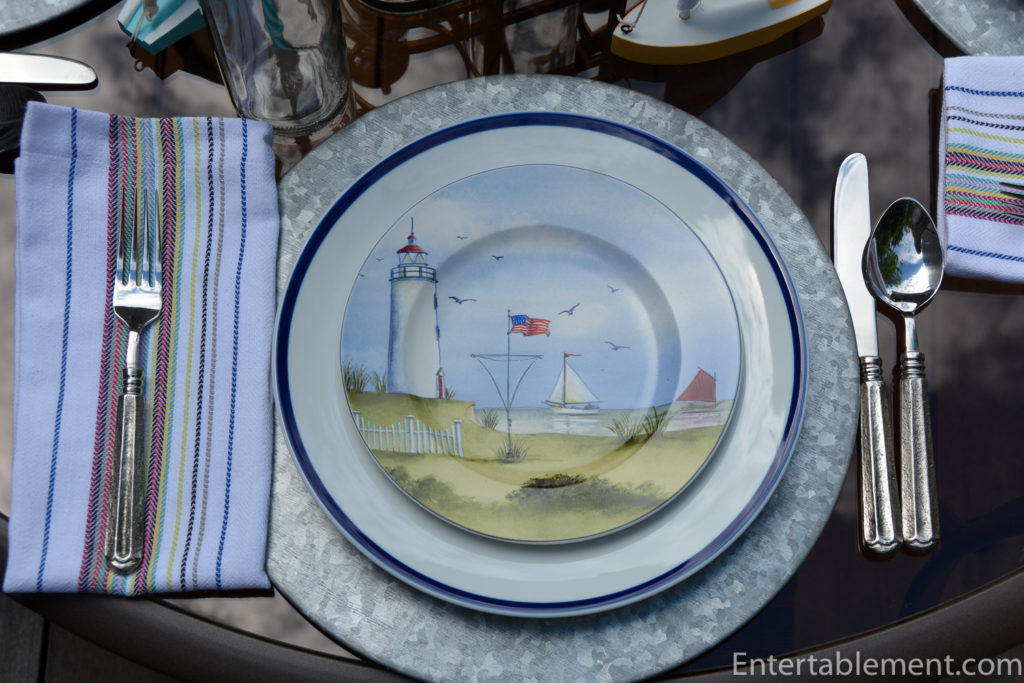 Tempted though I was to add the dinner plates, I confined myself to a set of the salad plates. 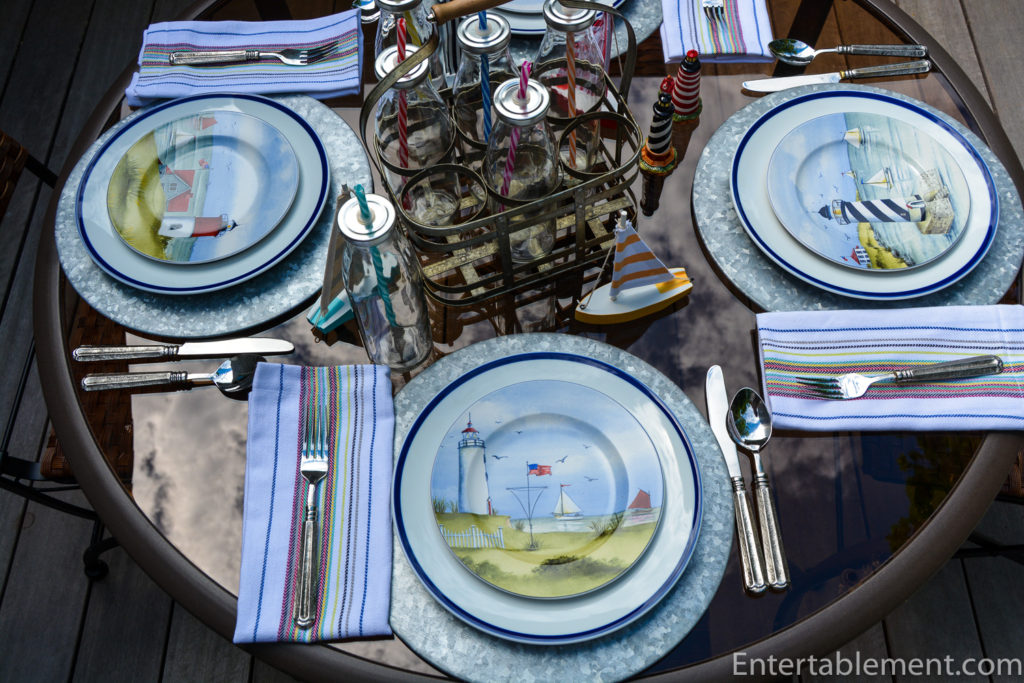 The cookie jar is adorable, as are the creamer and sugar, but so far I have resisted their siren song (photos courtesy of Replacements.com). 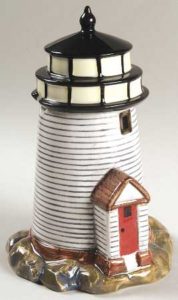 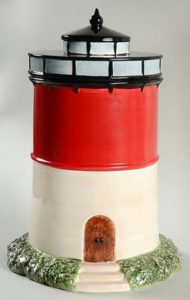 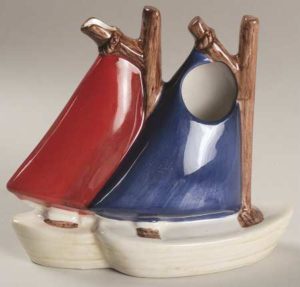 The salt and pepper are from another series entirely, but I was swayed by the houses attached to the towers. 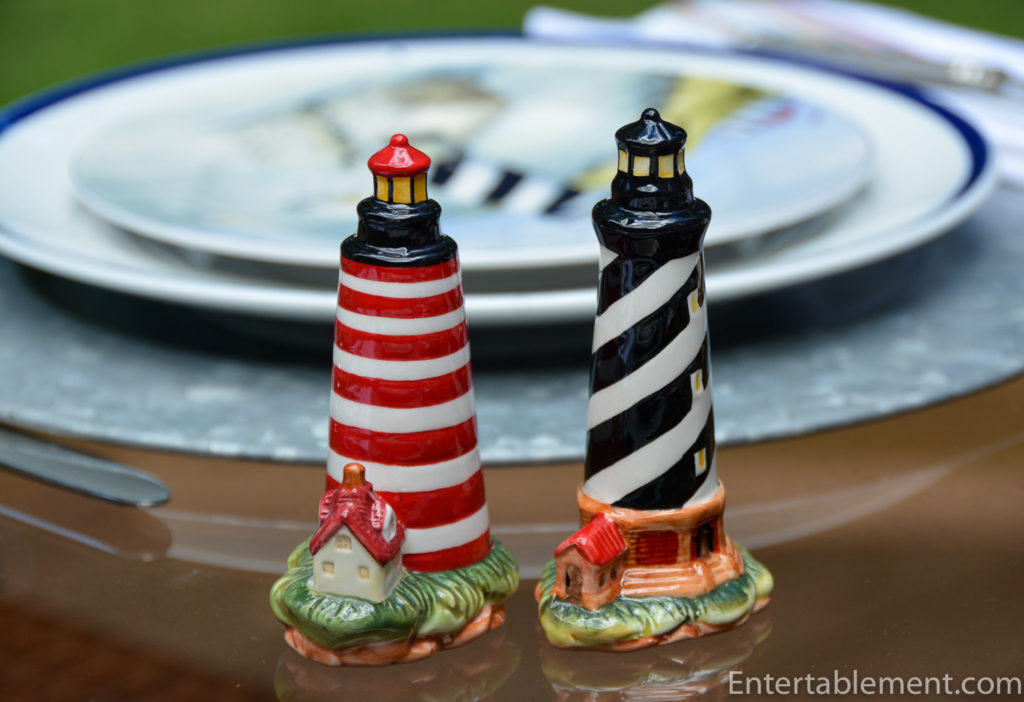 They tied in very nicely with the diagonally striped lighthouse on this salad plate. 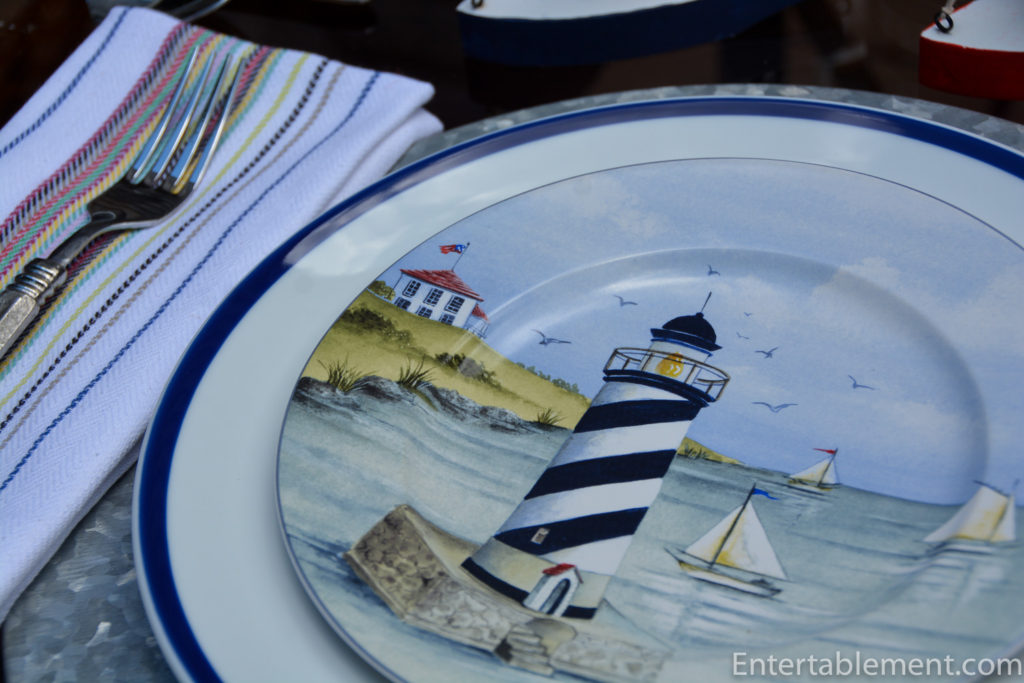 The dinner plates are Brasserie Blue-Banded Porcelain from Williams Sonoma. They’re useful in all kinds of table settings, so they won the day. 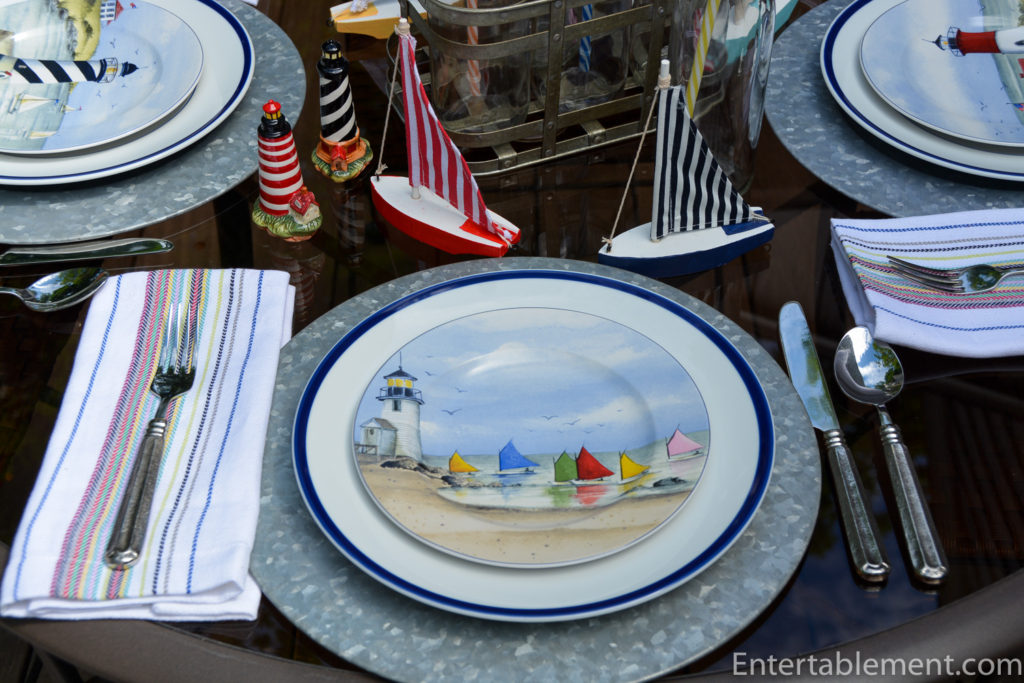 The set of milk bottles with colourful straws is from Pier 1 a few years ago. They’re immensely popular with the little girls and have proved extremely useful at the beach. The straws are reusable and have so far remained impervious to little gnawing teeth. (What is it with kids and chomping on straws?) 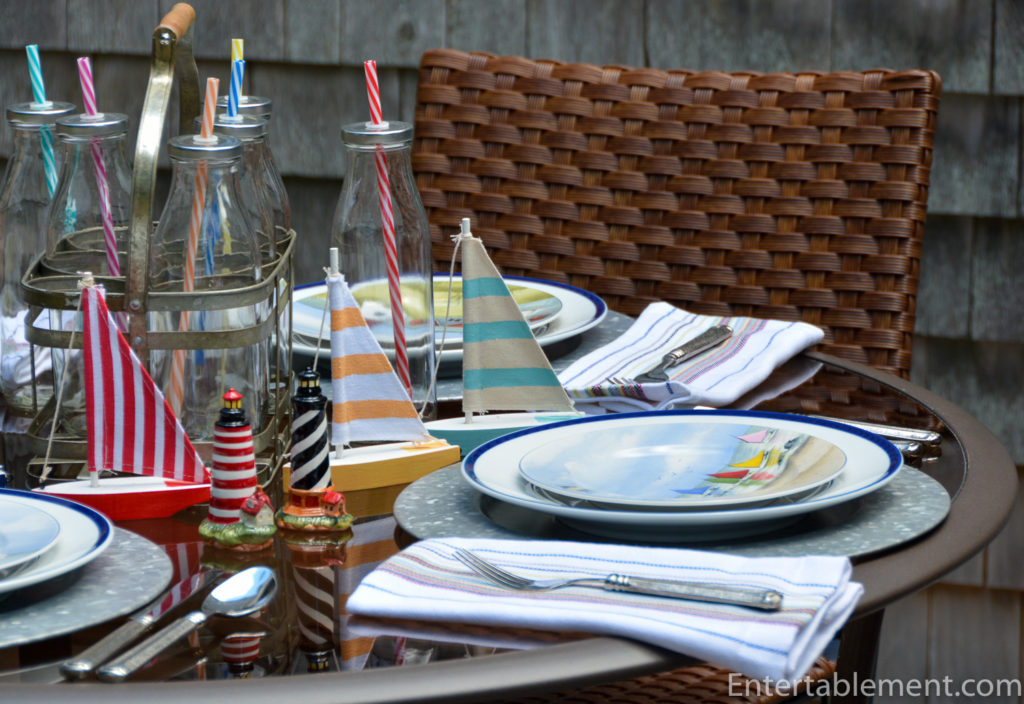 The galvanized chargers are from Pottery Barn a few years ago, and the flatware is Danieli from World Market. 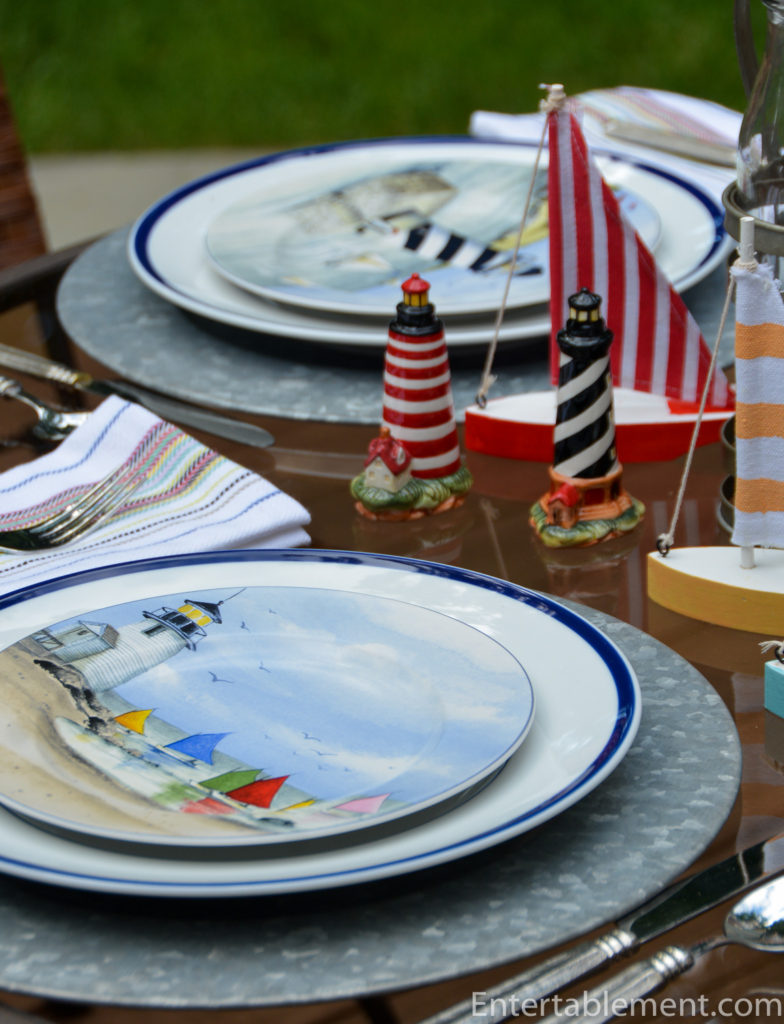 The napkins were from Amazon a few years back. 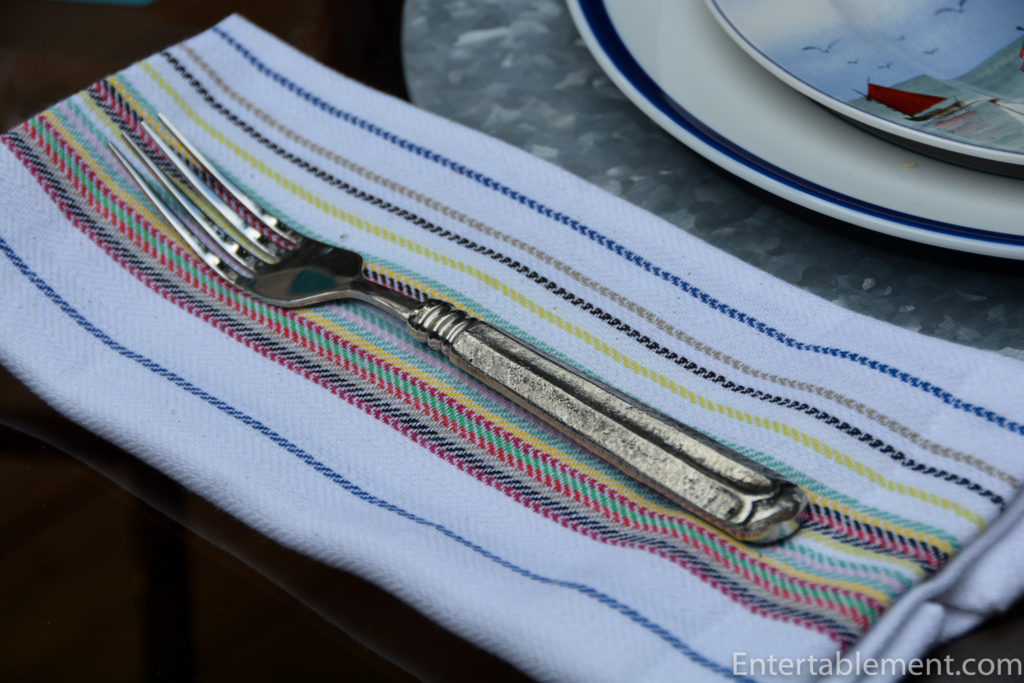 I had a lot of fun collecting the small sailboats. I’m sure they’ll be enjoying an outing at the beach once the grandgirls arrive for their summer stay. They’ve already begun their packing, I understand. A plastic doll’s bathtub in a lurid shade of pink comes every year to hold hermit crabs, minnows and whatever other small sea life they can capture in their nets before being returned to the ocean at the end of the day. 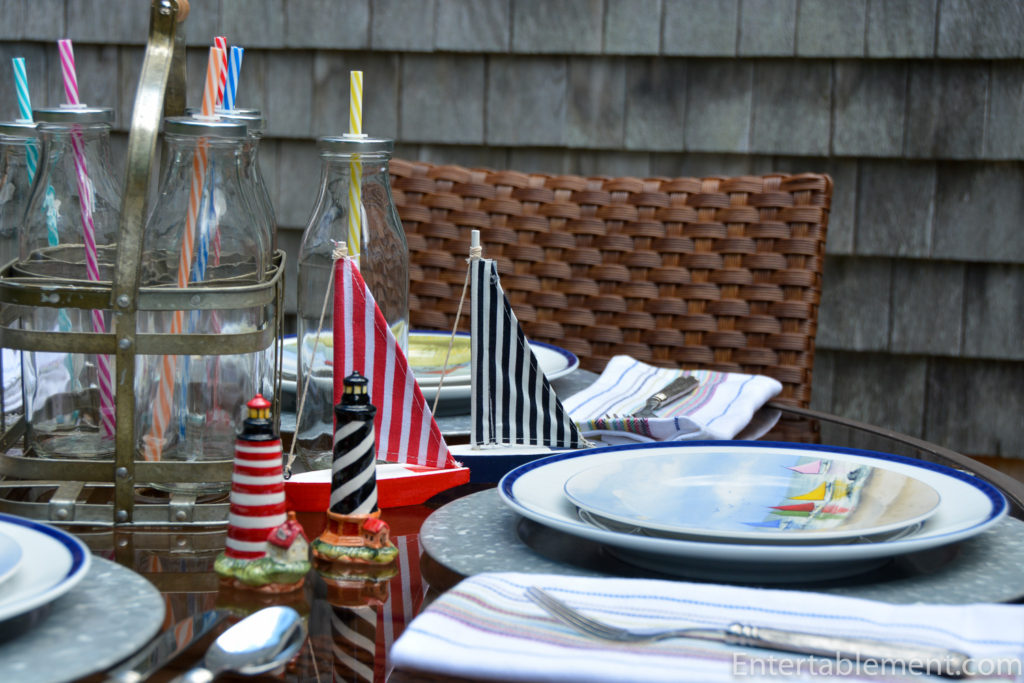 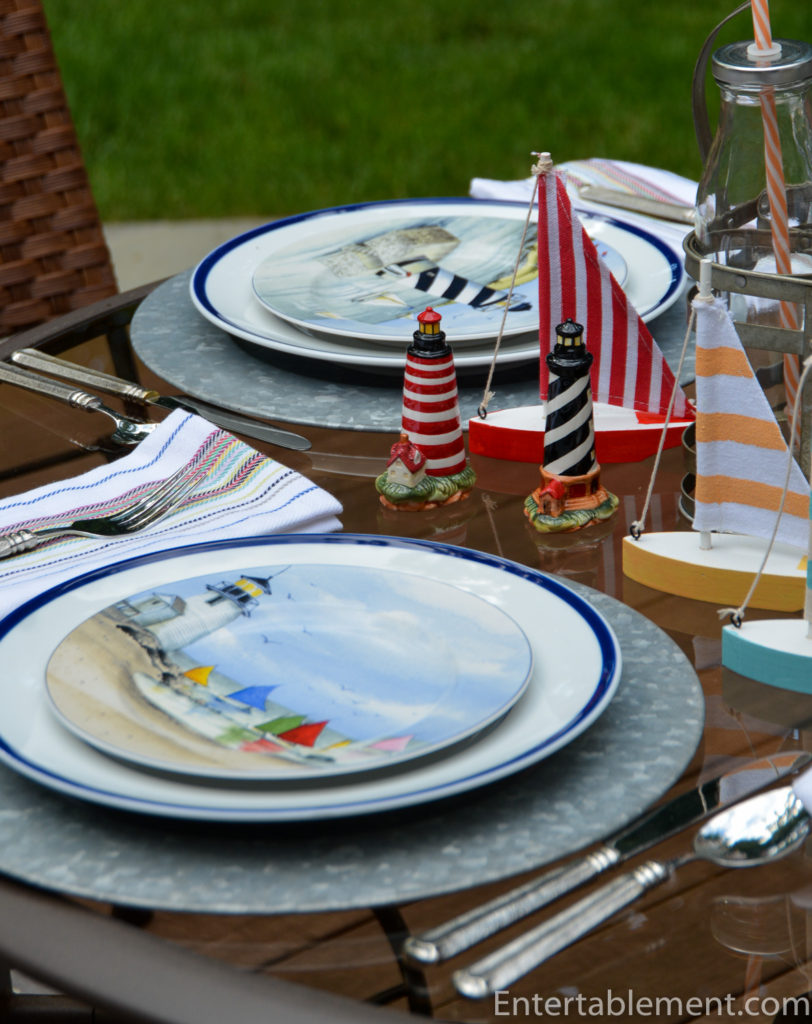 A Playmobil pyramid with Egyptian figures has been added to the must bring pile. It’s alleged to “go with” the treehouse set which we keep down here. Their mother cocked an eyebrow at the juxtaposition of desert sand and verdant forest but conceded that in one’s imagination, geographic accuracy is irrelevant. 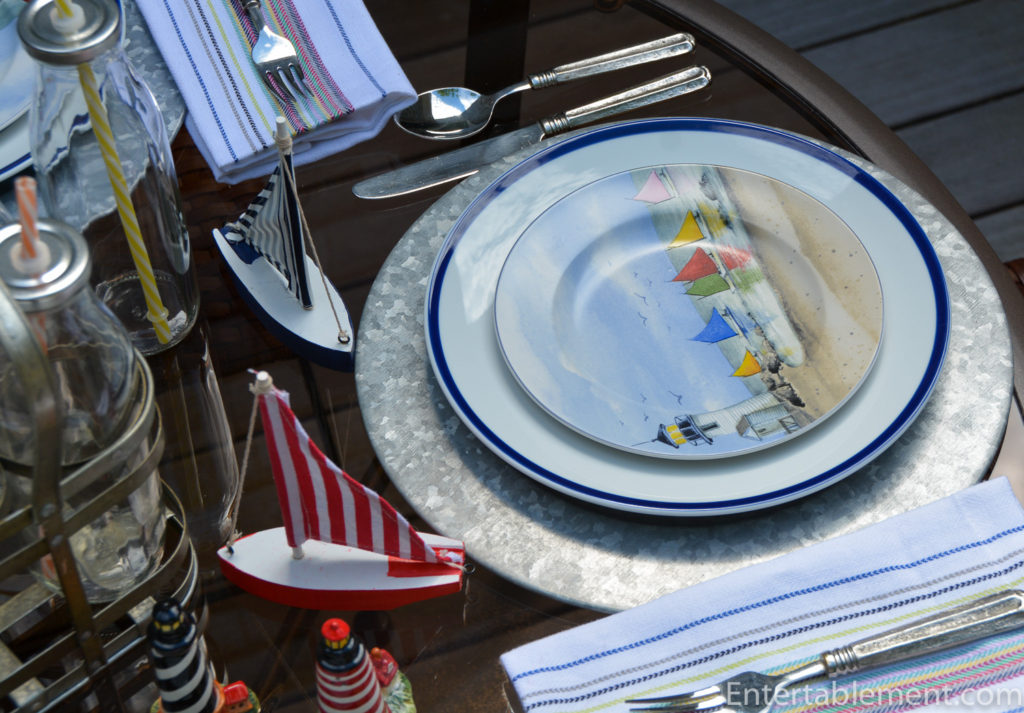 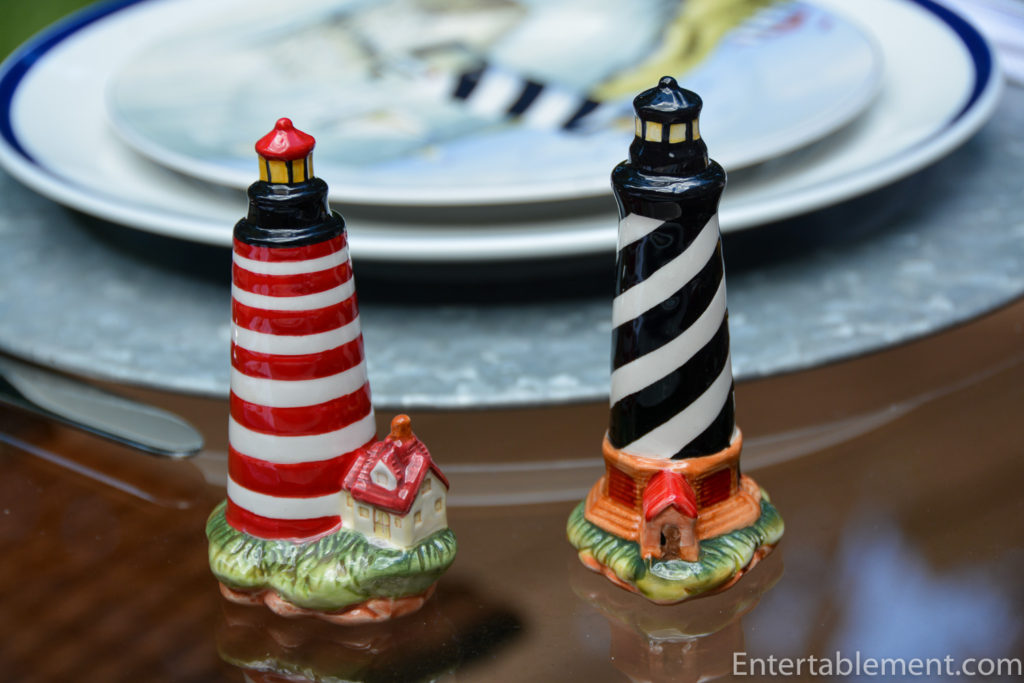 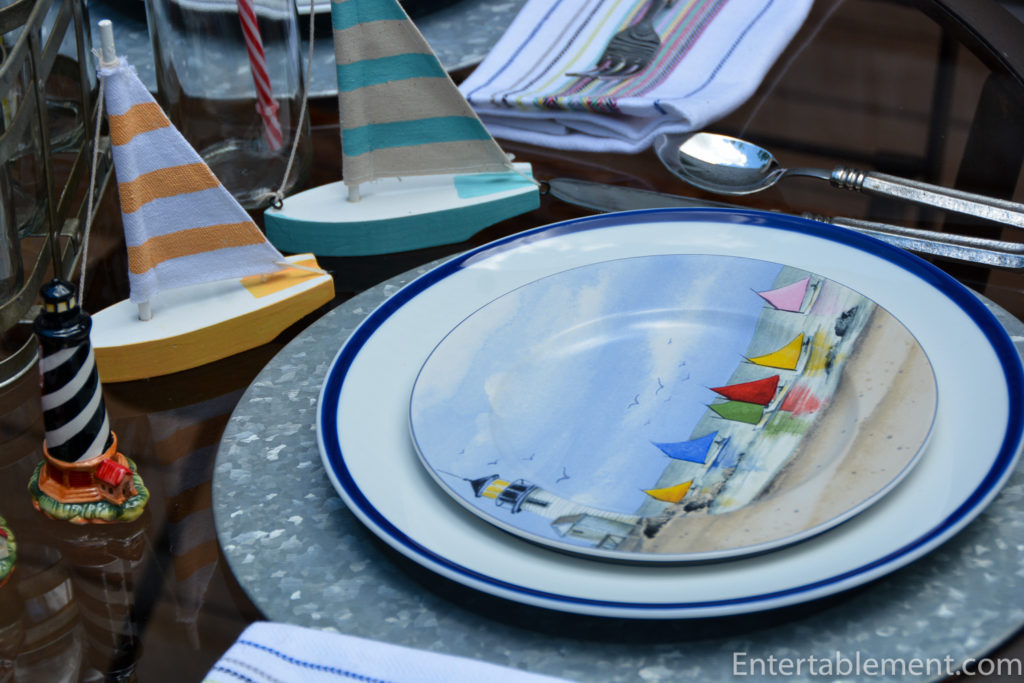 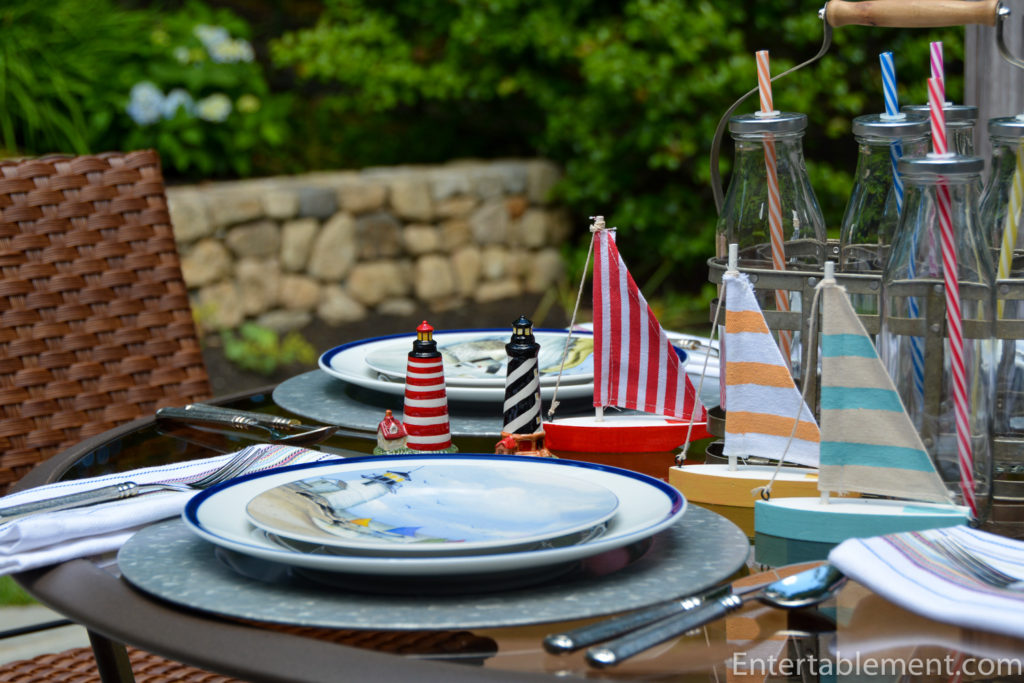 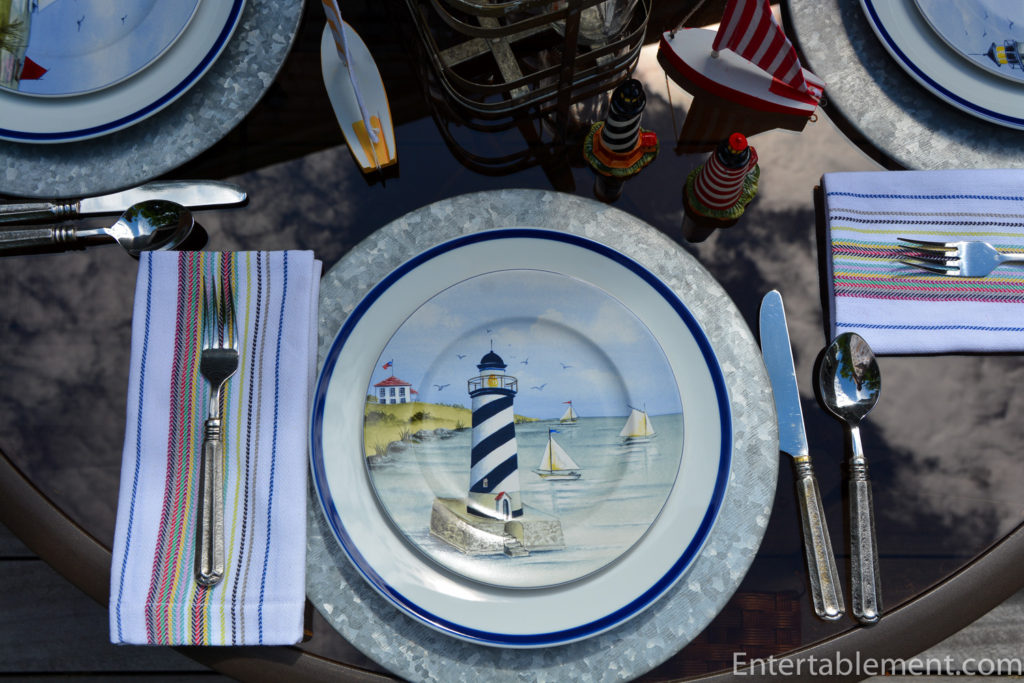 I’m sharing this post with Between Naps on the Porch