Lily of the Valley Graces Us With Its Presence 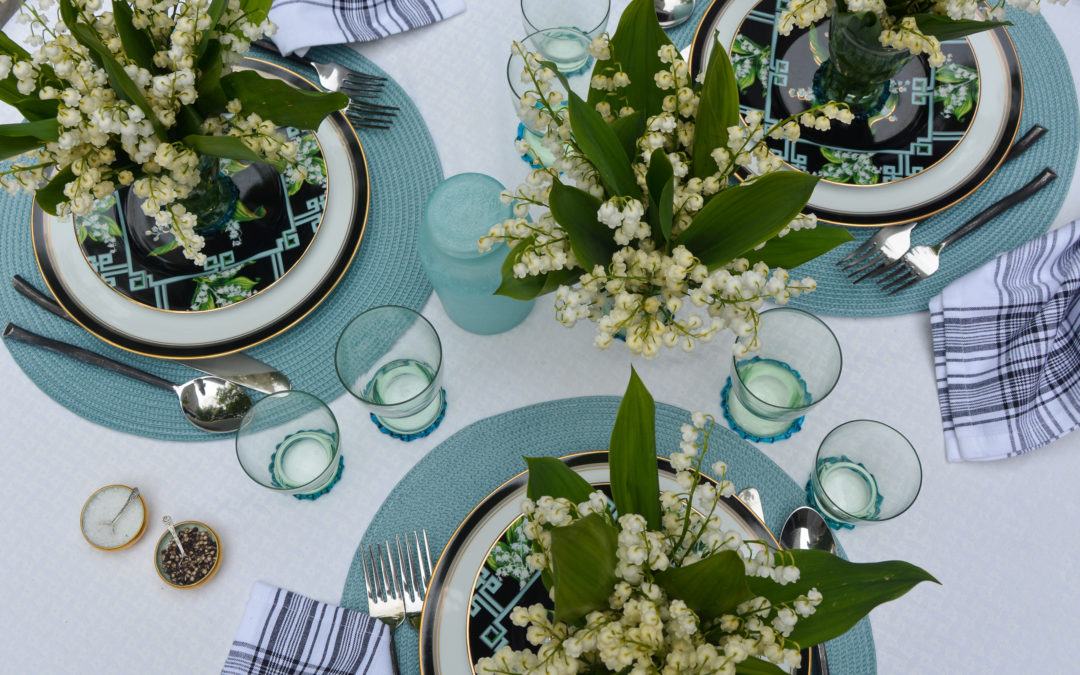 Delicate, demure and dainty – lilies of the valley are one of the most welcome signs of late spring. 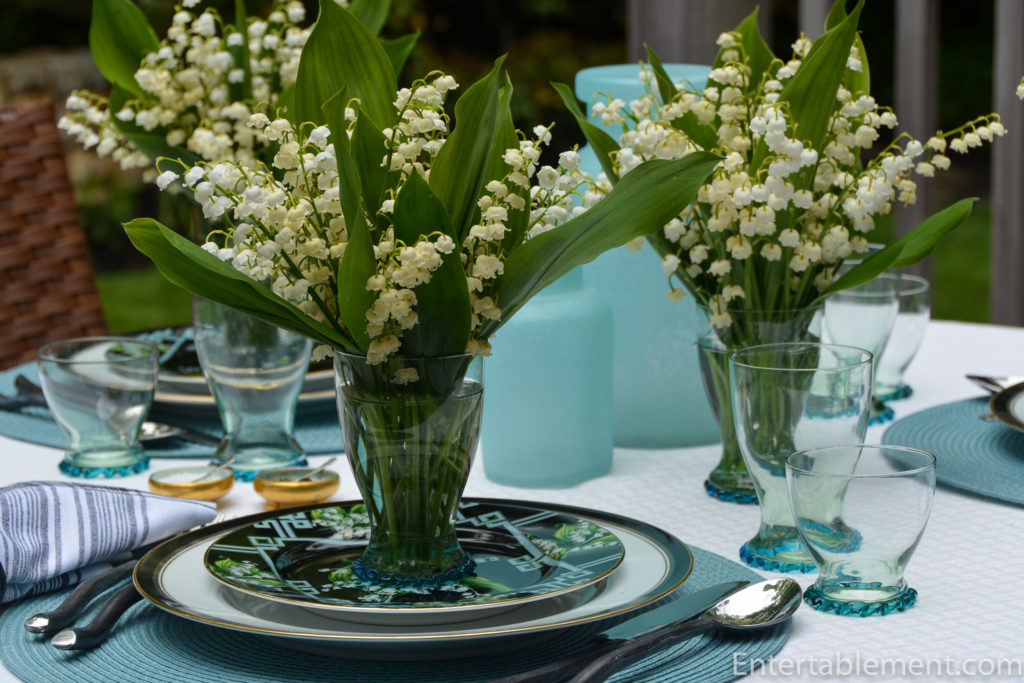 Growing close to the ground in woodland settings, they beckon quietly. Come closer... 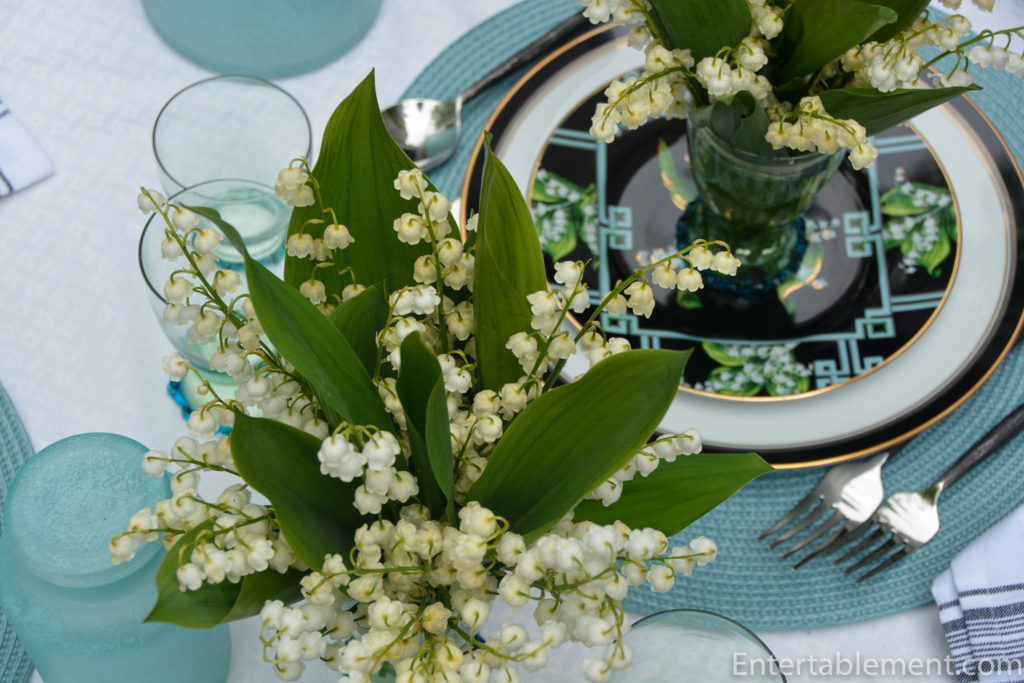 Ah, that wonderful fragrance. Surprisingly powerful, given the diminutive nature of the waxy flower that produces it. 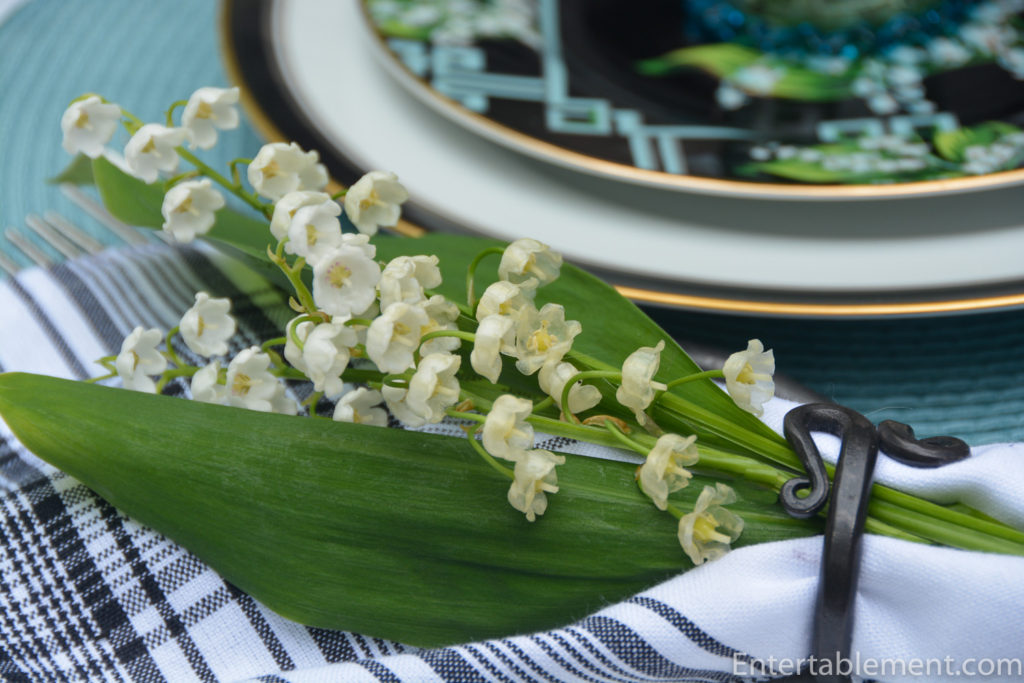 The little bells are described as “tepals”, which was a new word for me; it’s apparently used when the petal and sepal (the centre bit) are indistinguishable. 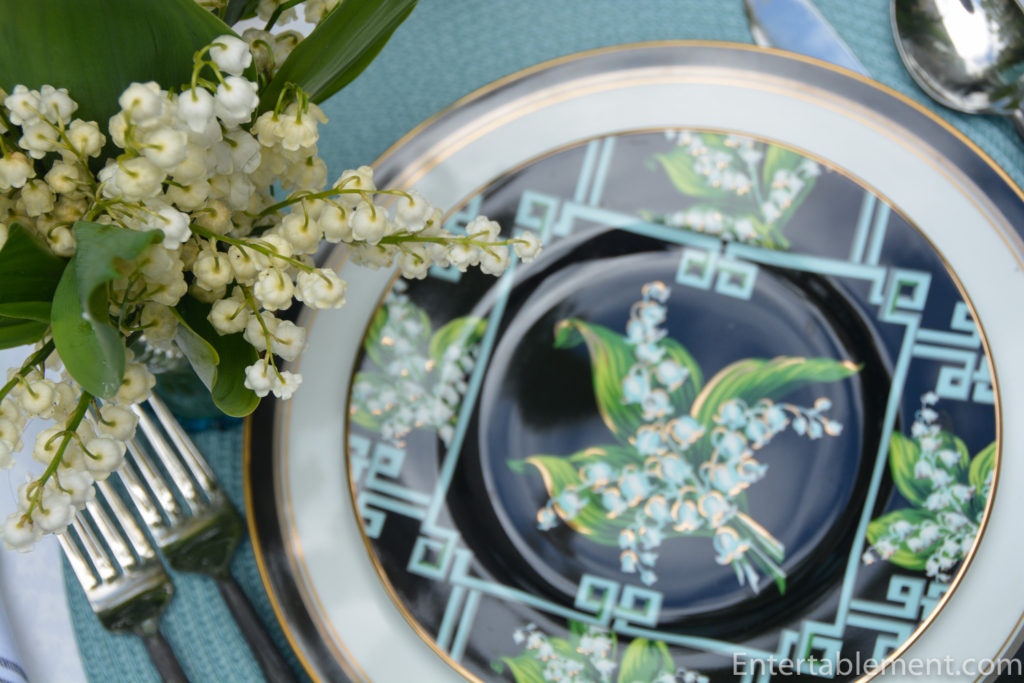 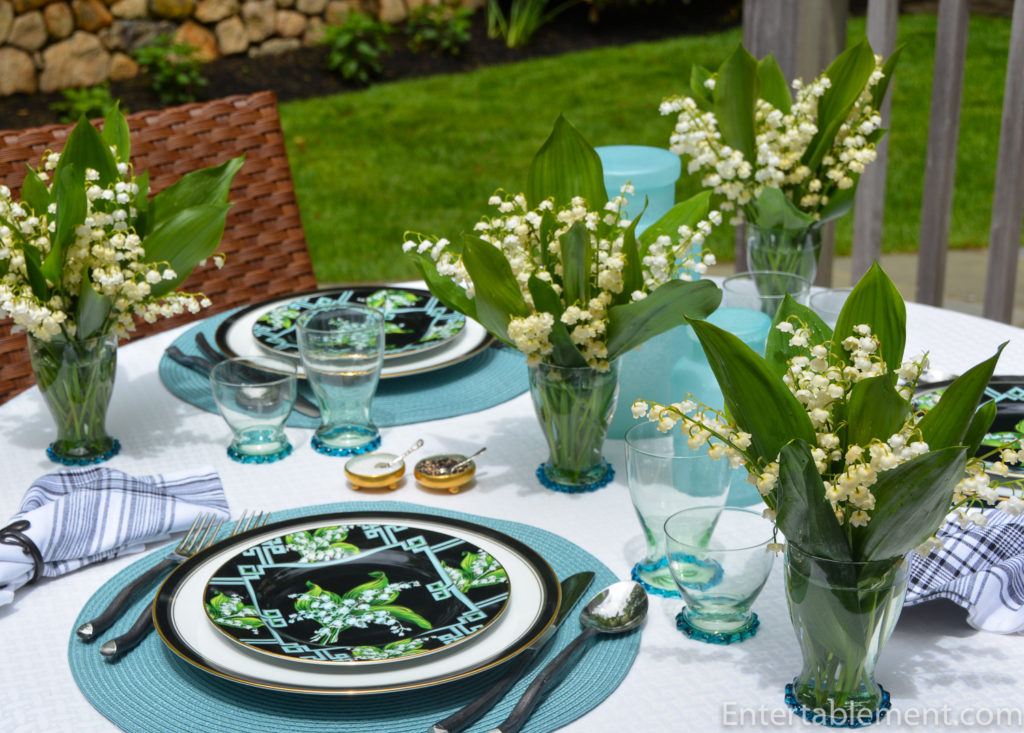 They’re also highly poisonous, which I did know from my murder mystery habit; Agatha Christie was the queen of murder by poison, and lily of the valley has been the star poison in more contemporary gardening “cozies”, too. 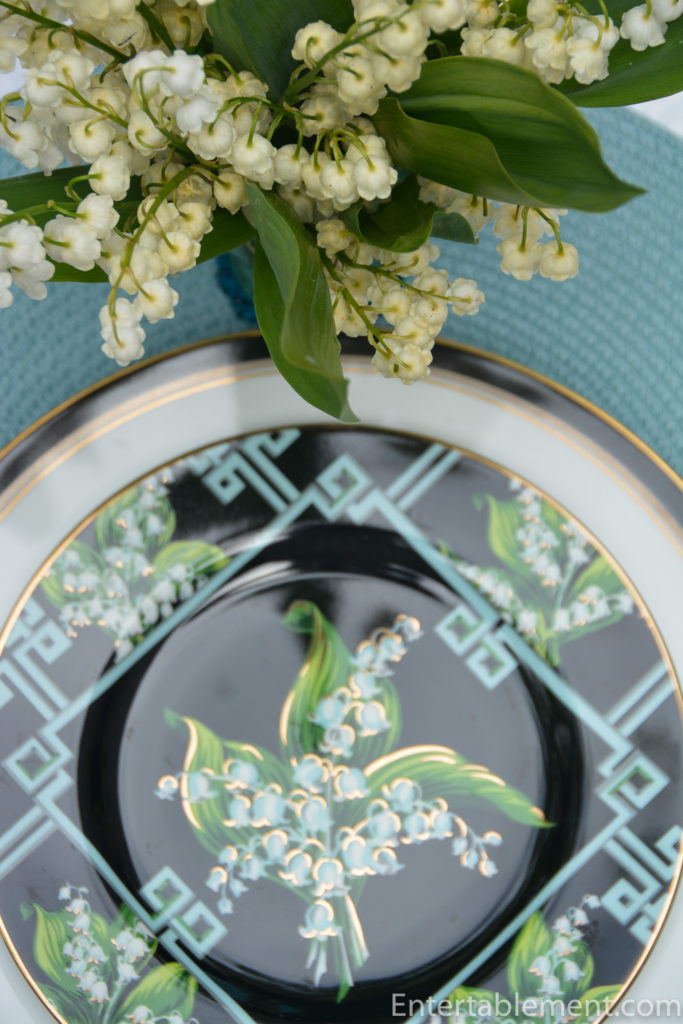 It has more illustrious admirers: it was Christian Dior’s favourite flower, and both Princess Grace of Monaco and The Duchess of Cambridge chose lily of the valley for their bridal bouquets. 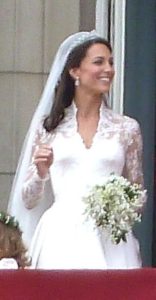 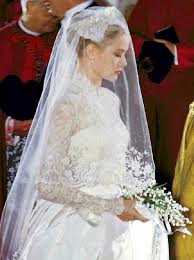 With all the damp weather, lily of the valley has provided a prolific display this year. I made it to the Cape just in time to catch the end of the show and rushed to set a couple of tables before – poufff – they were gone. 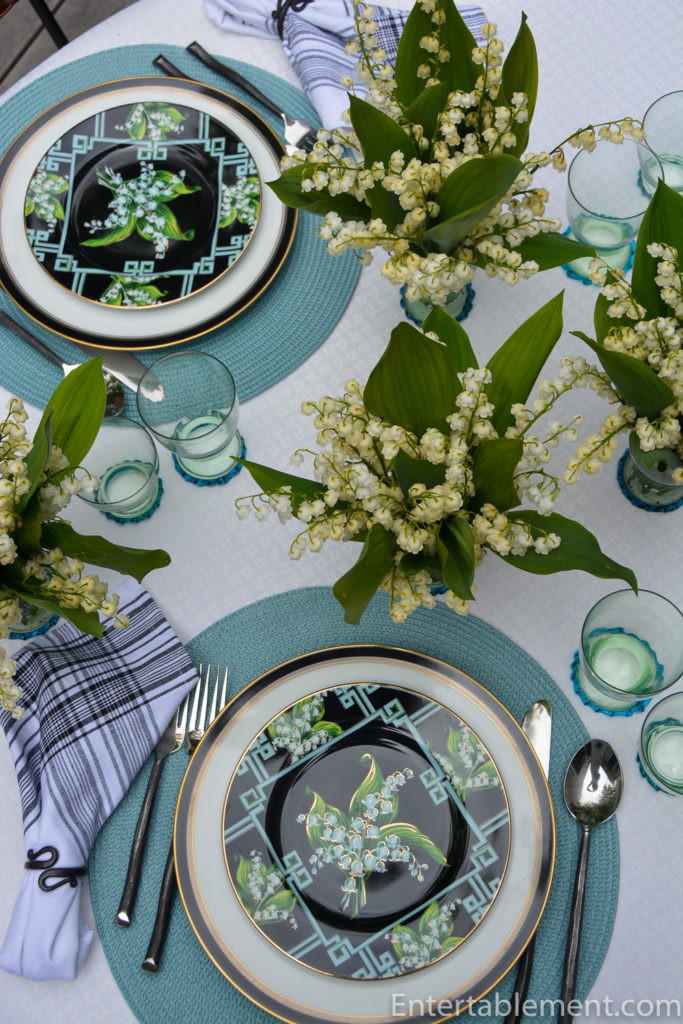 Andrea, by Sadek, produced Lily of the Valley sometime in the past. That’s all I know about the pattern. 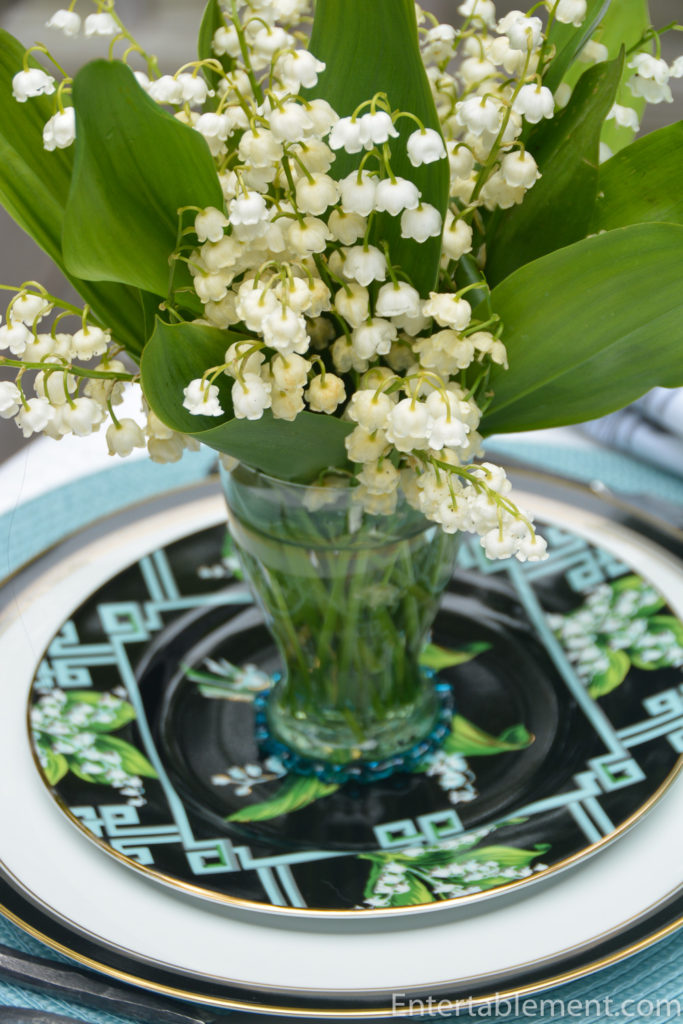 I found three lonely salad plates on eBay, and a while ago, a dozen dinner sized plates changed hands through Ruby Lane Antiques. 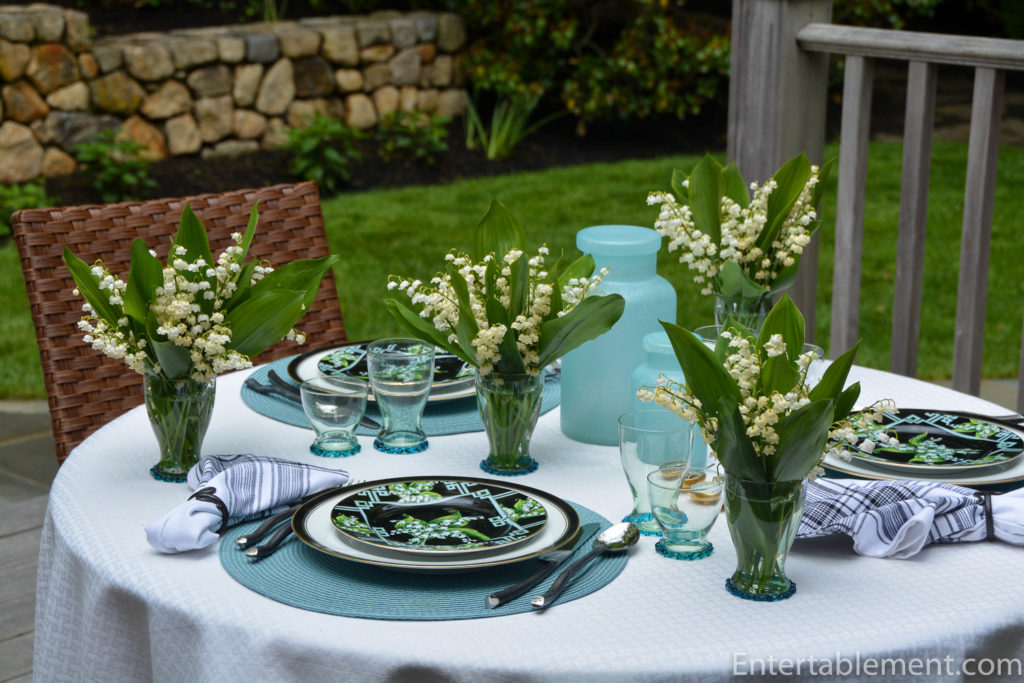 Replacements have no stock. So we wait and see if anything else springs up! 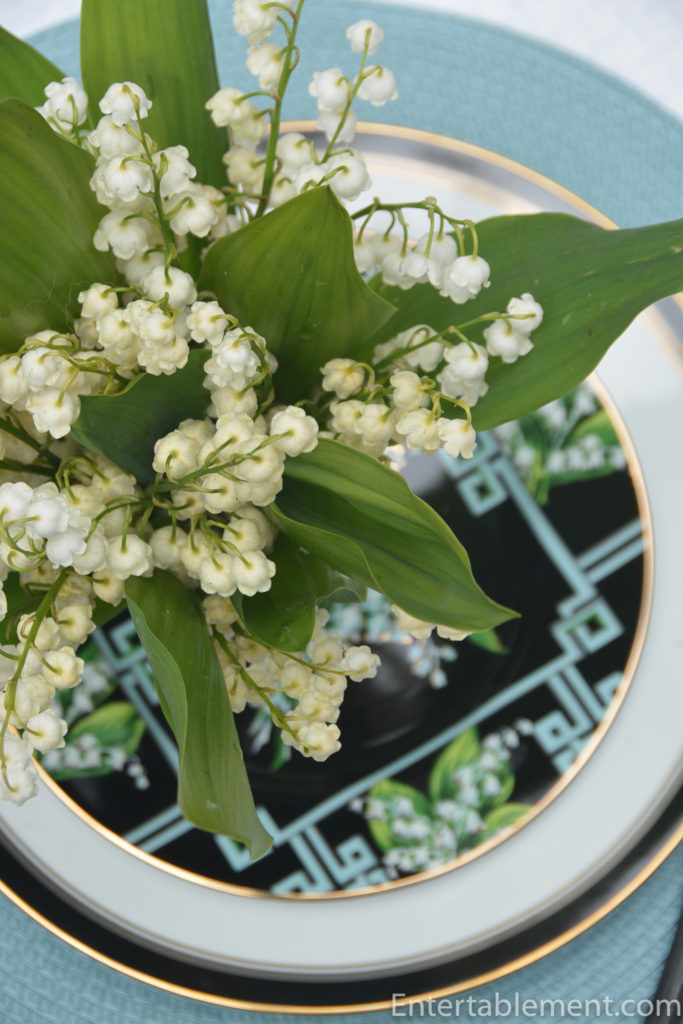 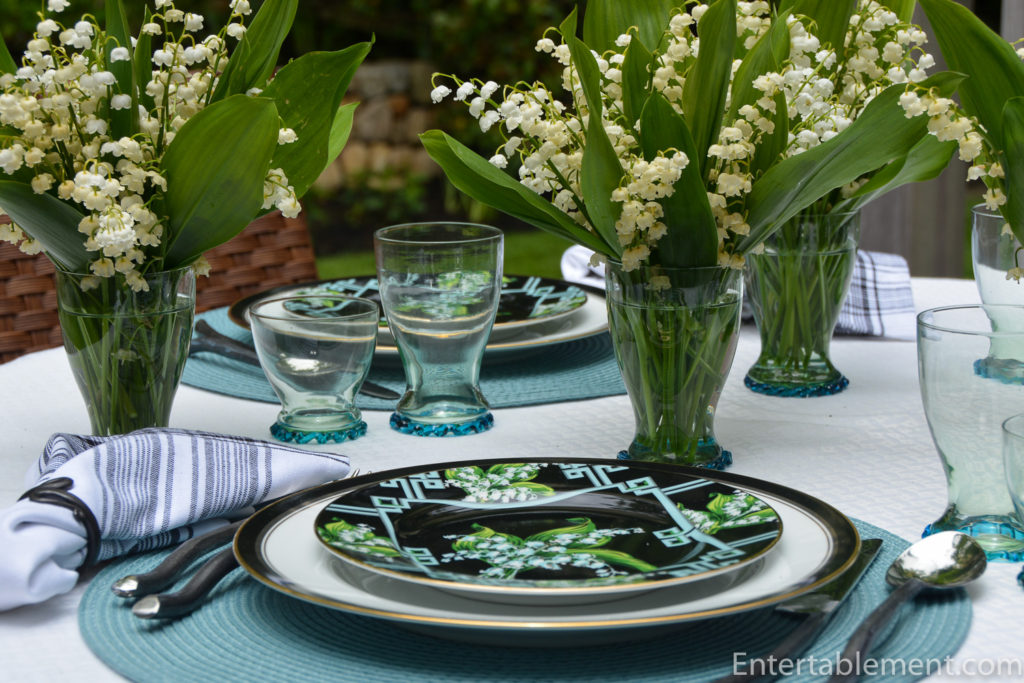 Isn’t it a great pattern, though? The combination of the strong geometric lines and the graceful curves of the flower really appeals. 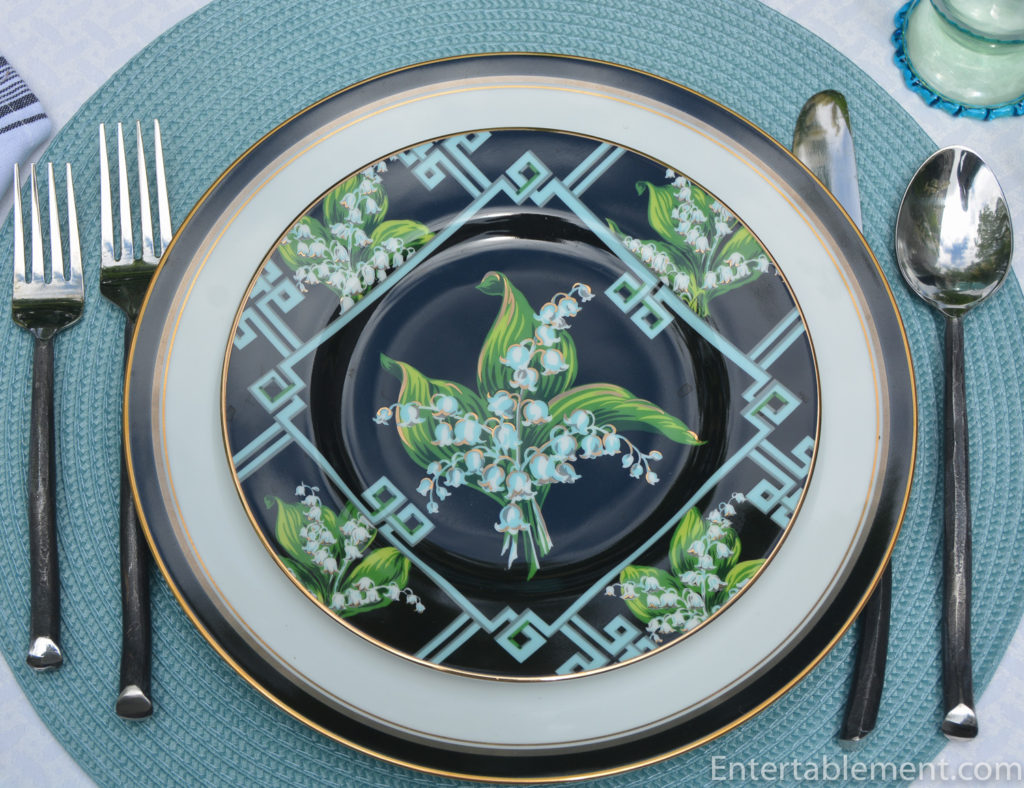 Antique Venetian glasses with turquoise rigerie joined in as both juice/water glasses and vases. 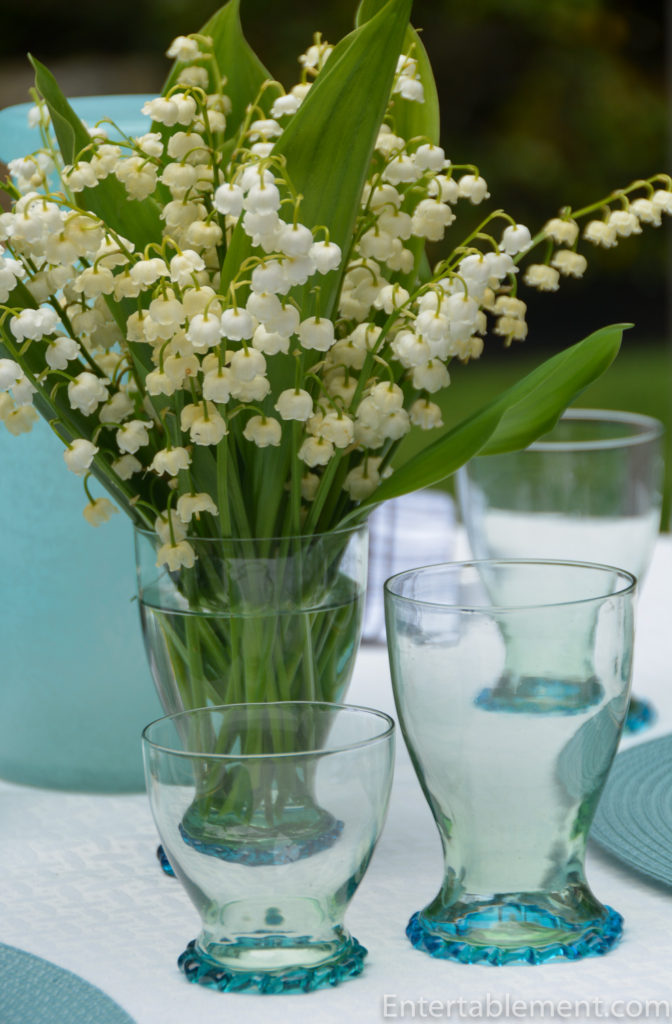 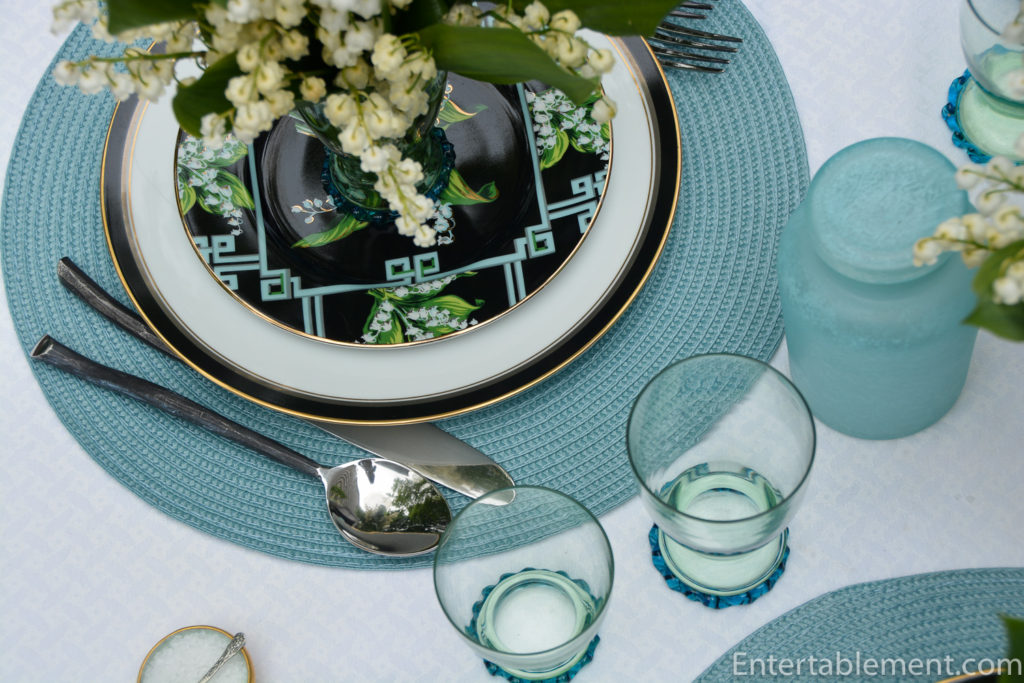 Having used turquoise in the glasses and placemats, I picked up the black in the rim of the Nocturne by Royal Prestige dinner plate and the Twig cutlery from World Market. 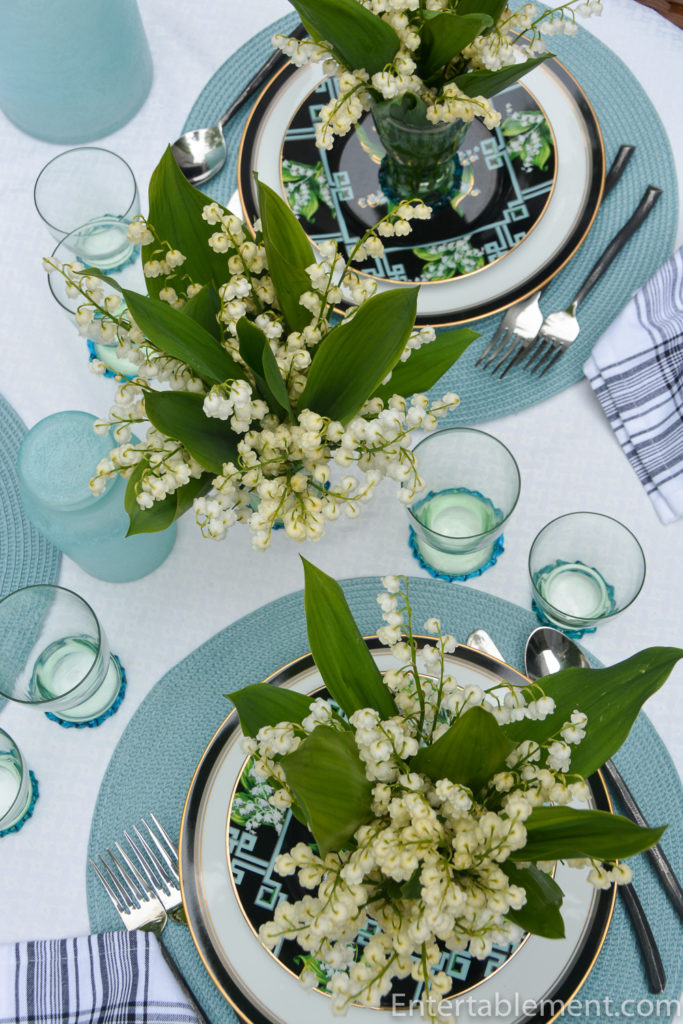 The open geometric pattern of the napkin tied in with the turquoise framework on the salad plate. 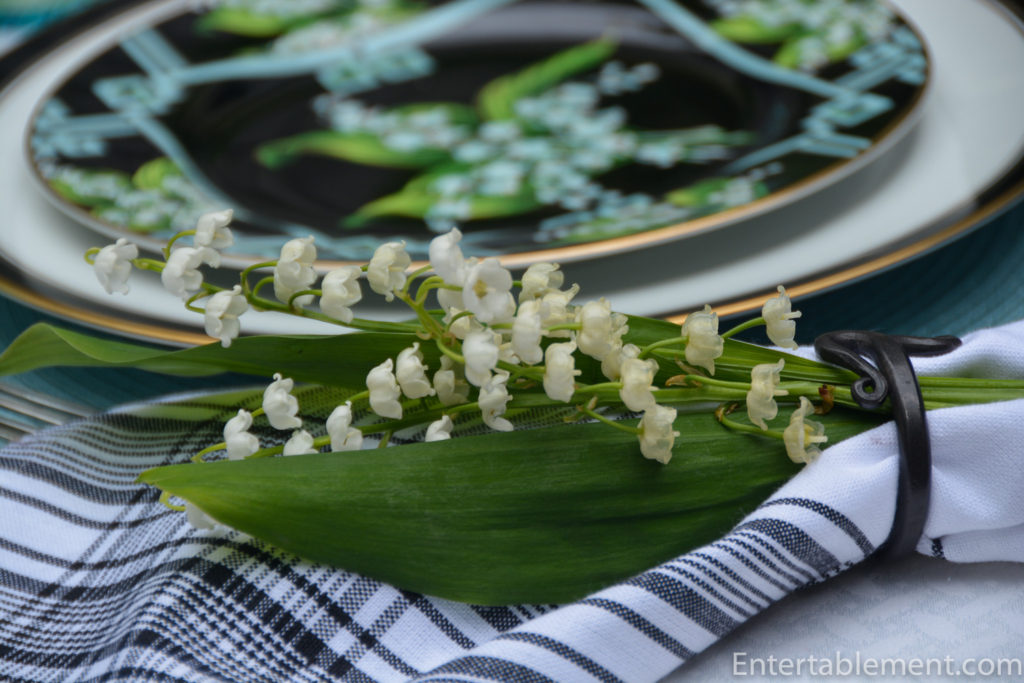 The little gilded open salts snuggled right in beside turquoise glass jars from Pottery Barn about a decade ago. 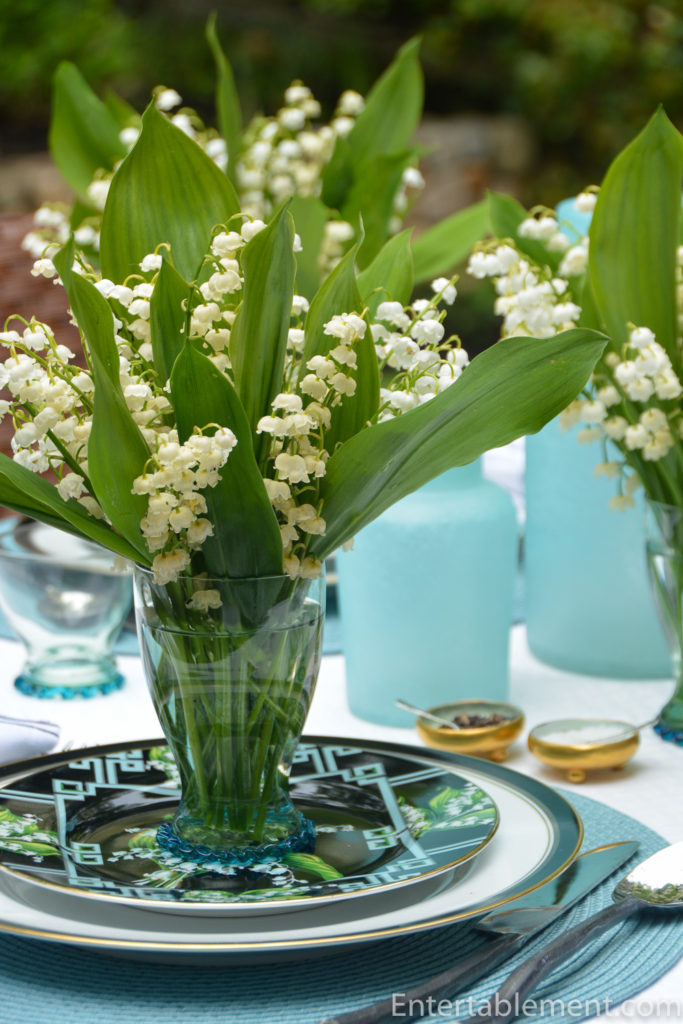 Such a happy table. 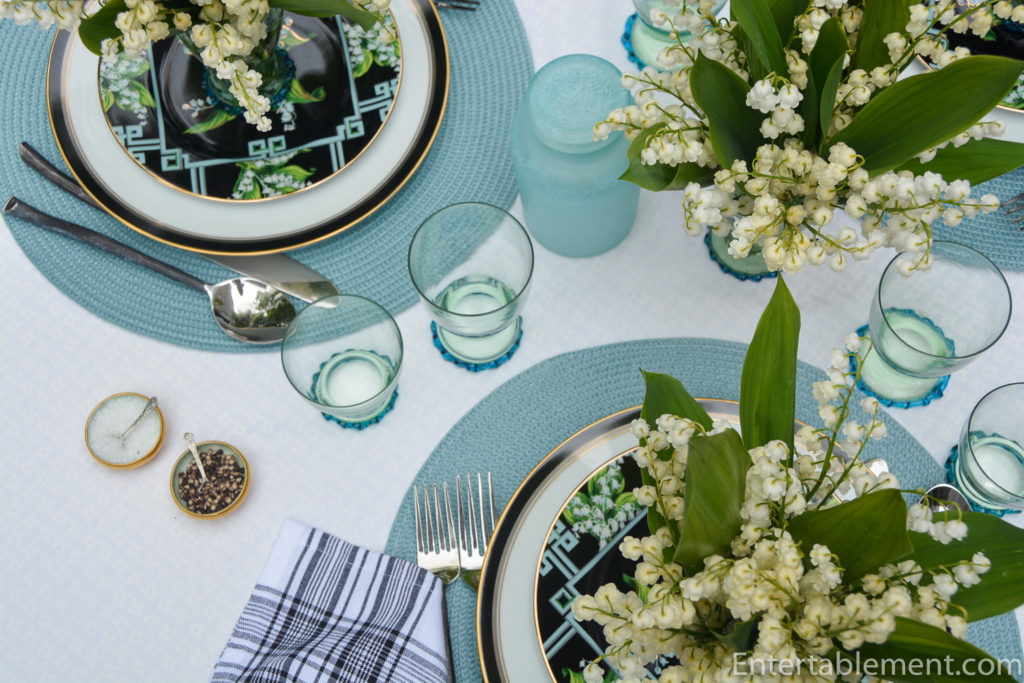 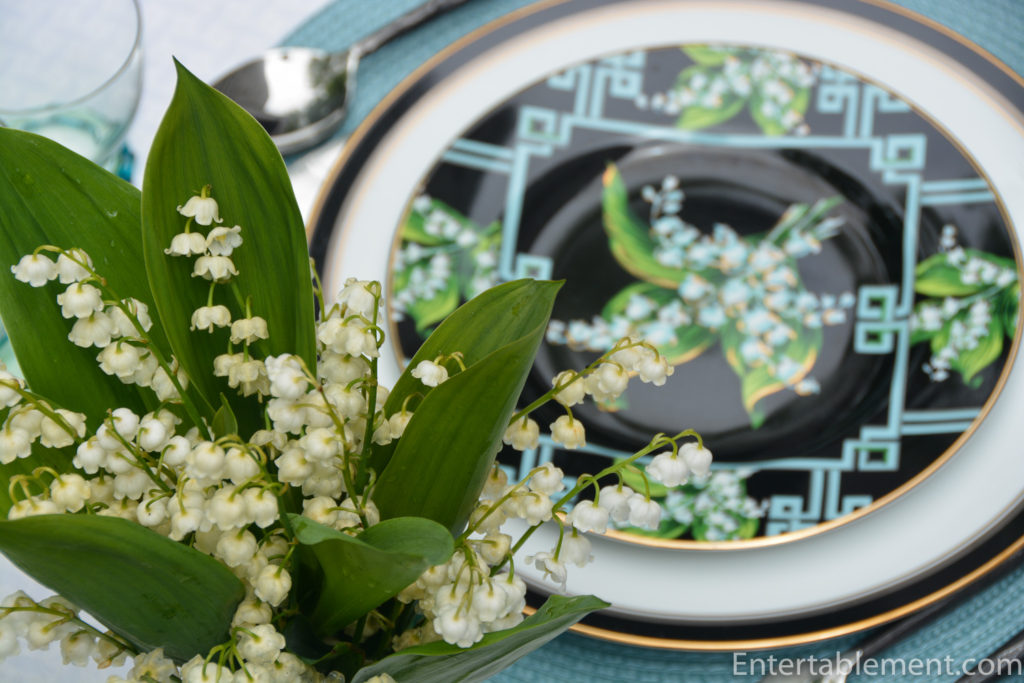 The flowers were just on the edge of their best-before date. By the following morning, they had moved to the goldish-transparent phase and had to be tossed. Sniff, sniff. The lilacs are over, the lilies of the valley have finished. Thank goodness for photographs. 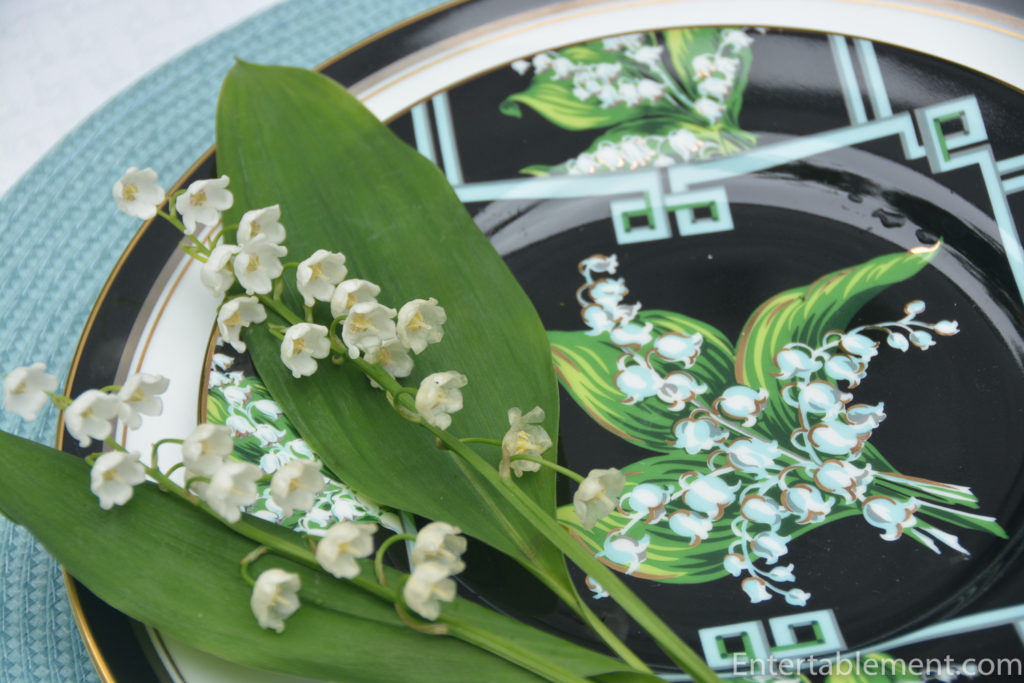 But the irises are in their full glory and the peonies are about to burst into bloom. Woot! Floral abundance is the very best part of June. Wishing you all a wonderful weekend! 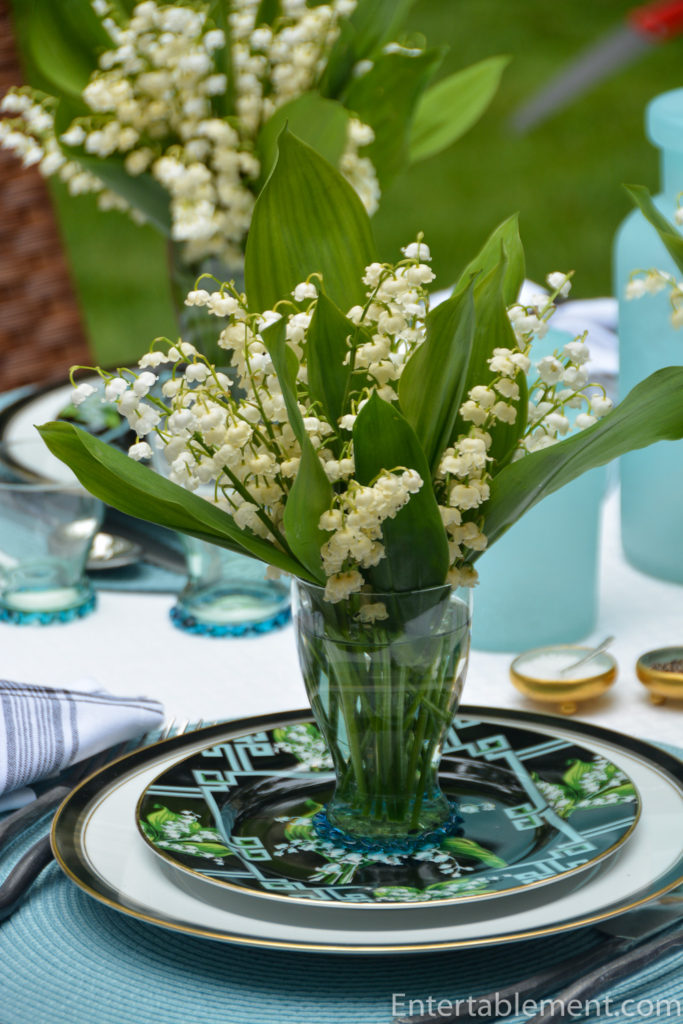