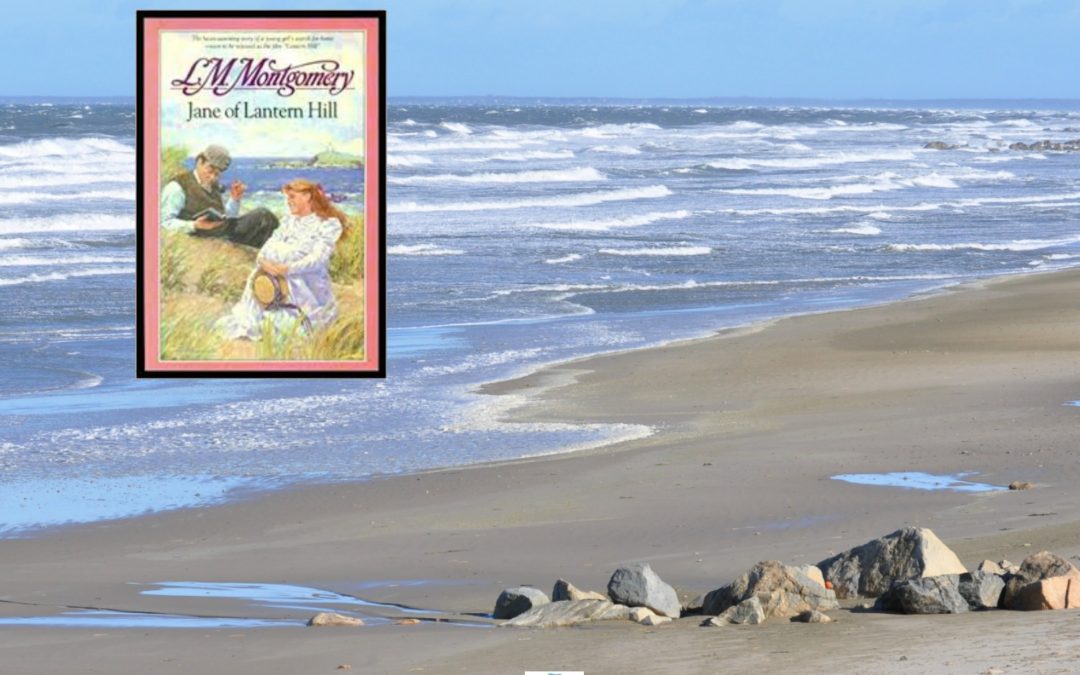 There is something about summer, and especially the beach, that brings out the kid in all of us. Maybe it’s the evocative nature of warm sunshine or the tang of salt in the air, but when I plop down into a beach chair to read, the last thing I want is a serious tome to ingest. Bring me fiction. 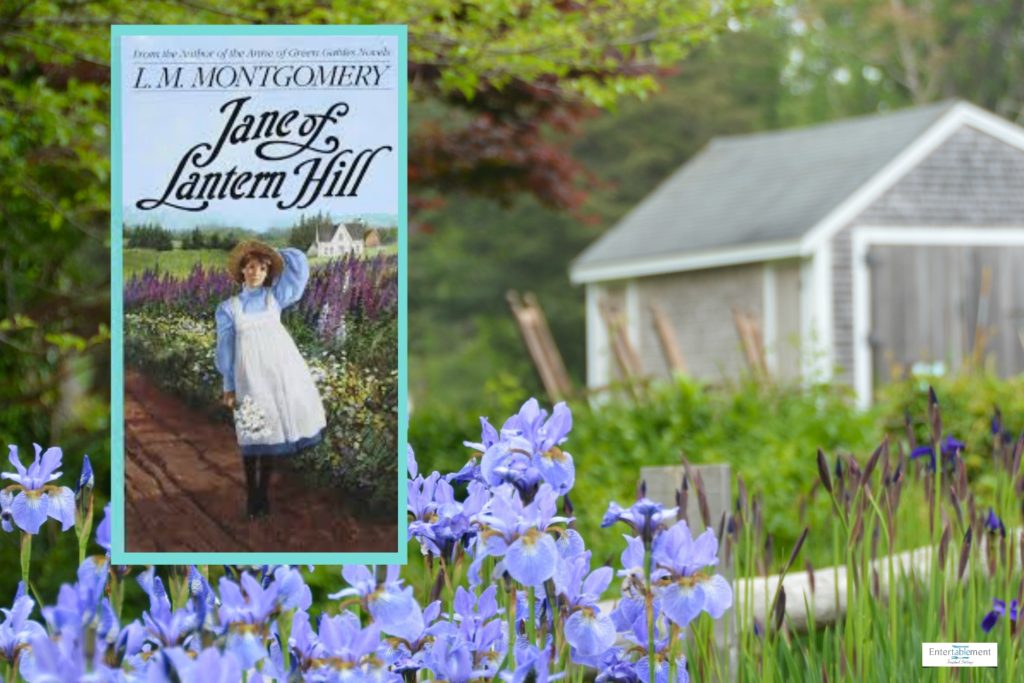 Light, undemanding, feel-good fiction. And it doesn’t always have to be adult fiction. I really enjoy revisiting favourite teenage/coming of age books, particularly those set in the 1940s and 50s or earlier – the Betsy-Tacy series by Maud Hart Lovelace, the Beany Malone and Katie Rose books by Leonora Mattingly Weber, the Jordan and Parrish family series by Janet Lambert, and the Anne of Green Gables books by Lucy Maud Montgomery (this last group are available free on Kindle). 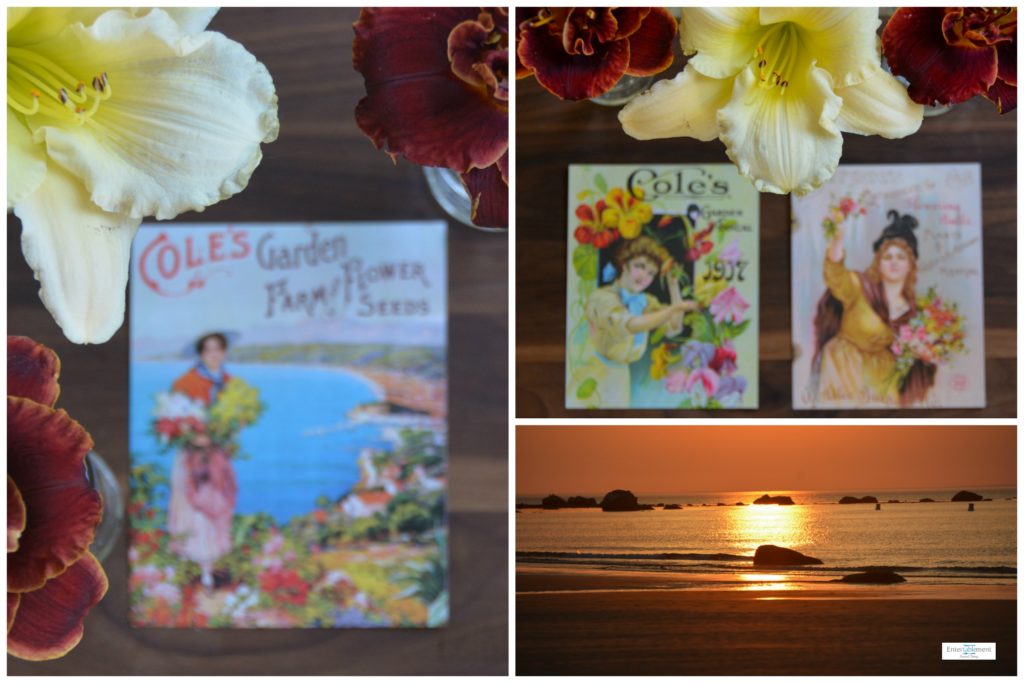 Lucy Maud Montgomery also wrote some non-Anne books, as I think of them, and Jane of Lantern Hill is one of my favourites.  I can’t do better than two of the reviews on Amazon:

Denise Kelleher: 5.0 out of 5 stars A superior book

“This is my second time reading this unique well-written book. Jane grows up in an upper-class family with her and her mother both dominated by Jane’s controlling, class-obsessed Grandmother. The grandmother’s veiled and constant jabs at Jane are seen through the eyes of a child. Jane finds out at 12 that her father is alive (not dead as she had been told) and is summoned by him to spend the summer with him at Prince Edward Island. Jane arrives all coiled up and resentful, sure that a man that could leave her beautiful mother would have to be some type of evil nuisance. How wrong she was. From very first sight, she and ‘Dad’ are kindred spirits and Jane unfurls for the first time in her life.  Upon returning to her cold, rich home she meets the eyes of her cruel, controlling Grandmother for the first time. Jane will never be the same now she’s found ‘Dad’.Although aimed at a junior audience I, being 45, would class this as one of my favourite books. Bravo LM Montgomery” 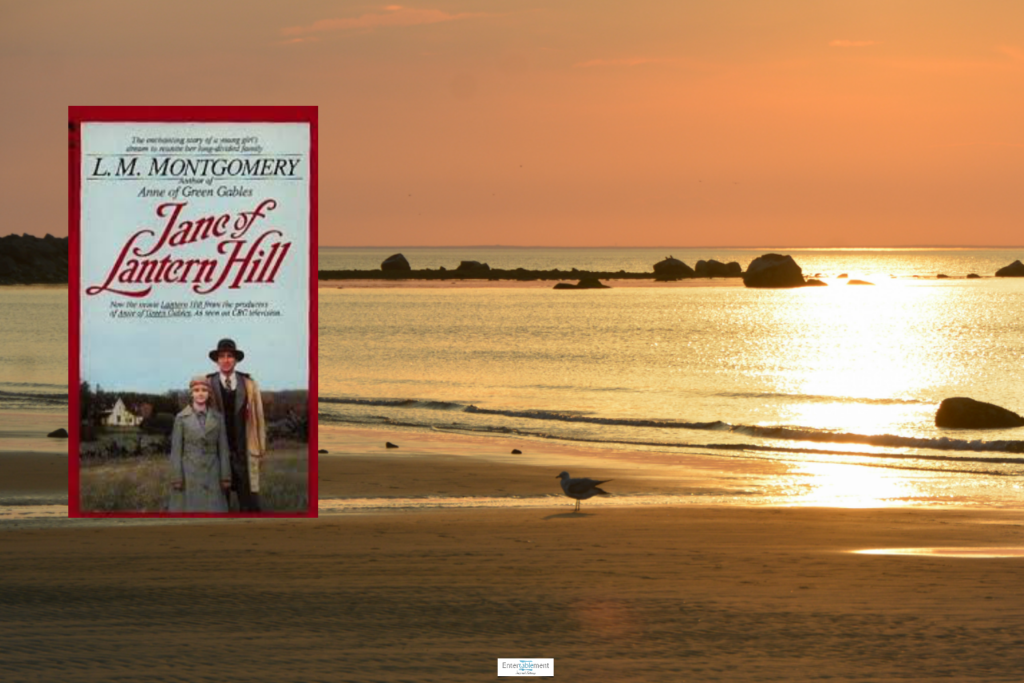 By Sonnet Girl: 5.0 out of 5 stars A classic every girl should read

“A girl named Jane grows up in a stuffy Victorian mansion, raised by her loving but flighty mother and her cold, controlling grandmother. For ten years she thinks that her father is dead, only to discover that he is alive and living on Prince Edward Island. One day he writes and asks her to come to spend the summer with him. Jane, who is shy and awkward and frightened, doesn’t want to go. But when she does, she discovers a father who loves her, an island which becomes her true home, and learns that she is actually strong, capable, lovely, and smart. She learns that she doesn’t have to live beneath her grandmother’s thumb, and slowly she starts to piece together what happened to her beautiful but unhappy mother and her clever, caring father. One of my favourites that I reread every few years, by the famed author of ‘Anne Of Green Gables’.” 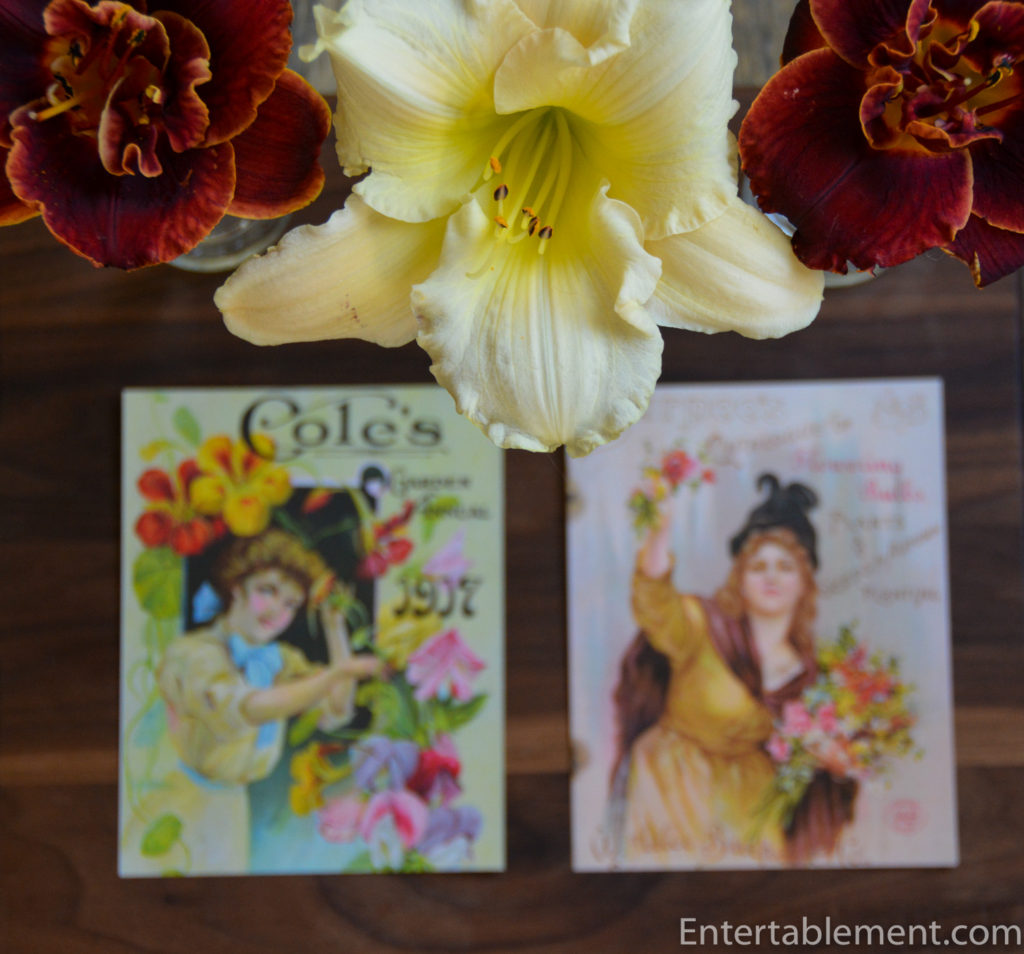 I think it’s the domesticity of Jane of Lantern Hill that particularly appeals to me. While living in the fusty, oppressive mansion in Toronto, Jane finds comfort in learning to cook. Her grandmother deprecates such “low activities”, and Jane’s culinary forays are carried out in a cloud of secrecy. 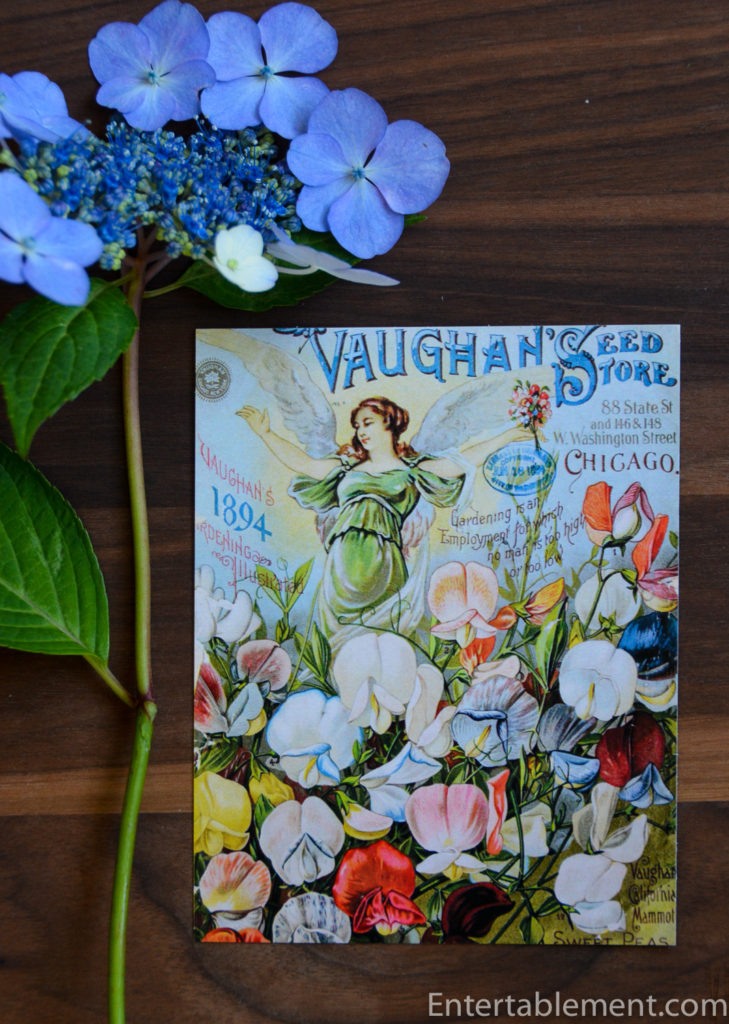 But on the Island, Jane discovers her competence and comes to know joy in the domestic arts. She cooks for herself and her father, tends house and revels in her garden. 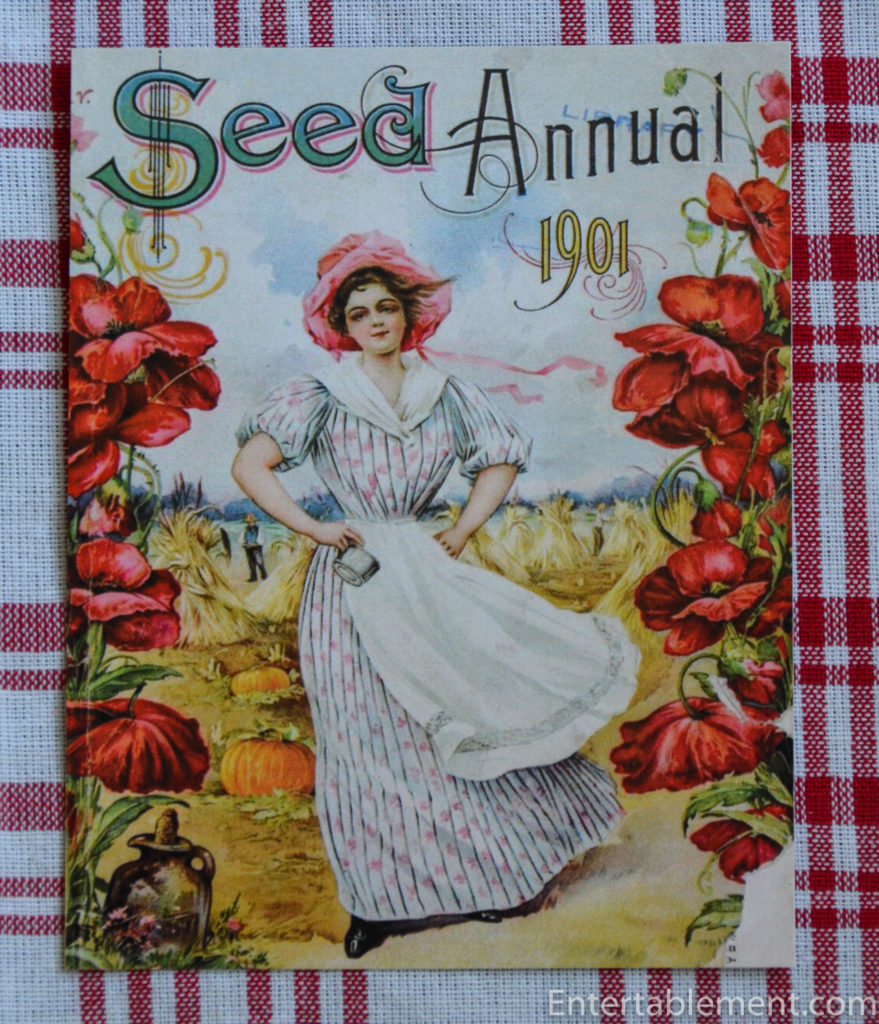 She’s able to get lots of slips and cuttings of old-fashioned perennials, but is determined to have some annuals for the garden when she returns the following year. And having annuals means growing them from seed. 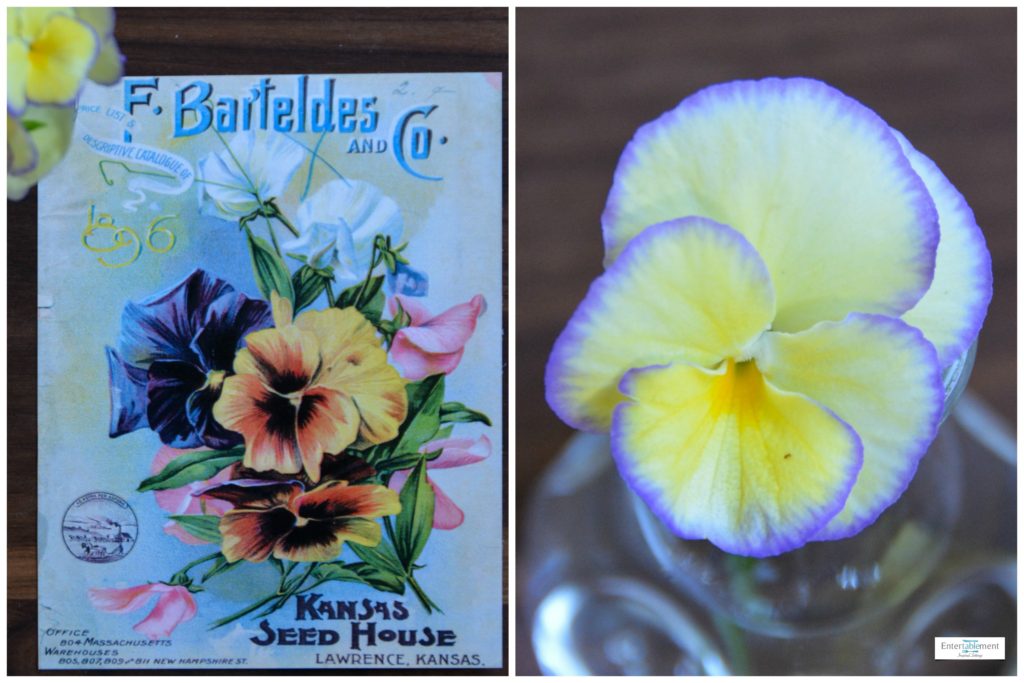 At her request, her father procures seedlings for her to set out in the garden upon her arrival the following summer: 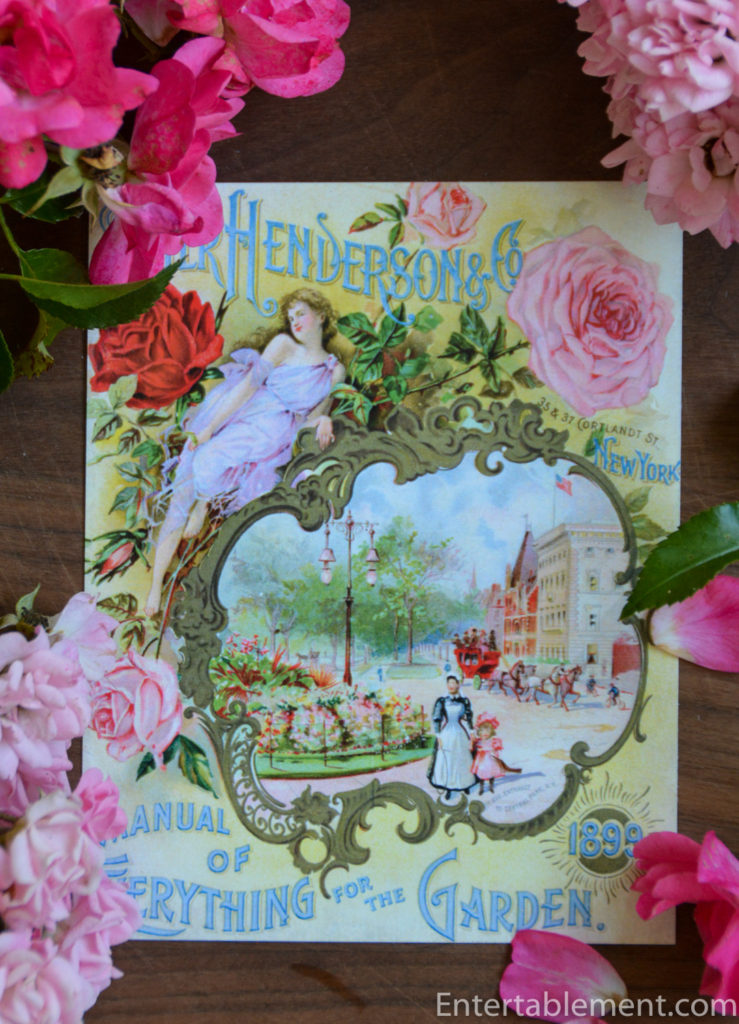 “Miranda got what you wanted from the seedsman…I think you’ll find everything, even the scabiosa. What do you want with scabiosa, Jane? It’s an abominable name … sounds like a disease.” 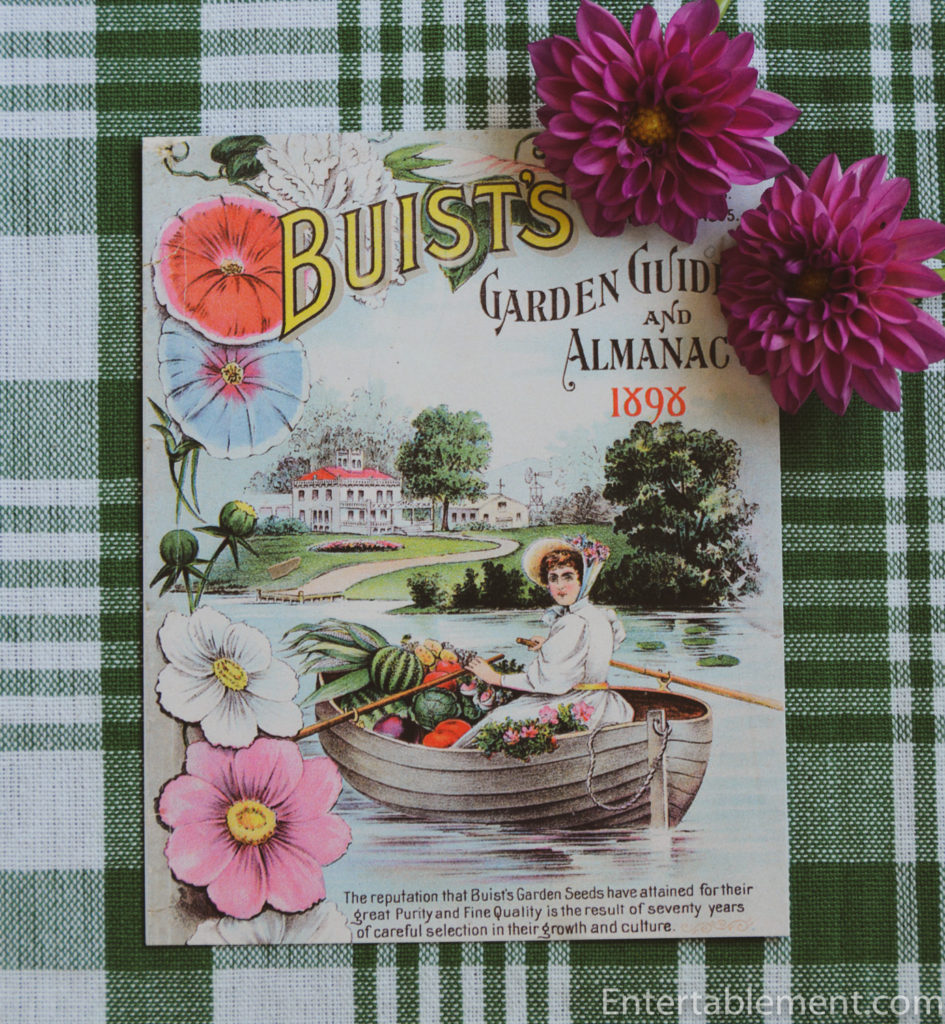 “Oh, the flowers are pretty, dad. And there are so many nicer names for them … Lady’s pincushion and Mourning Bride. Aren’t the pansies lovely? I’m so glad I sowed them last August.” 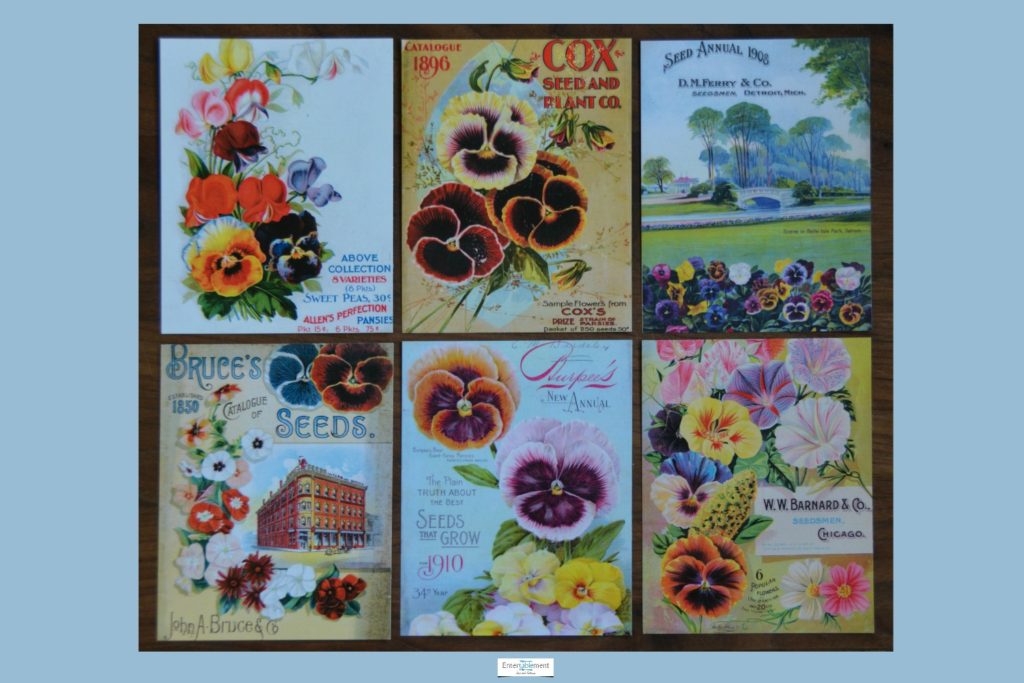 These vintage seed package postcards reminded me of Jane of Lantern Hill when I spotted them on Amazon. Aren’t they lovely? I’m currently pondering how to incorporate them in a tablescape. Stay tuned. 🙂 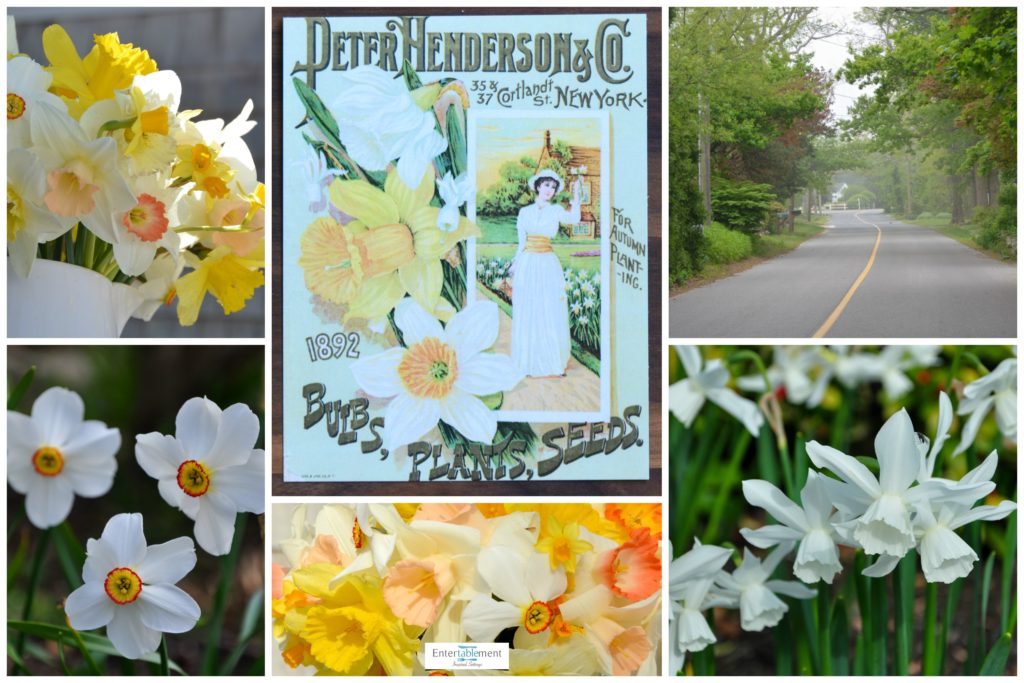 We’ve been fortunate to enjoy an influx of five grandchildren over the last few years and to my amusement, all have turned out to be girls (at least so far…). 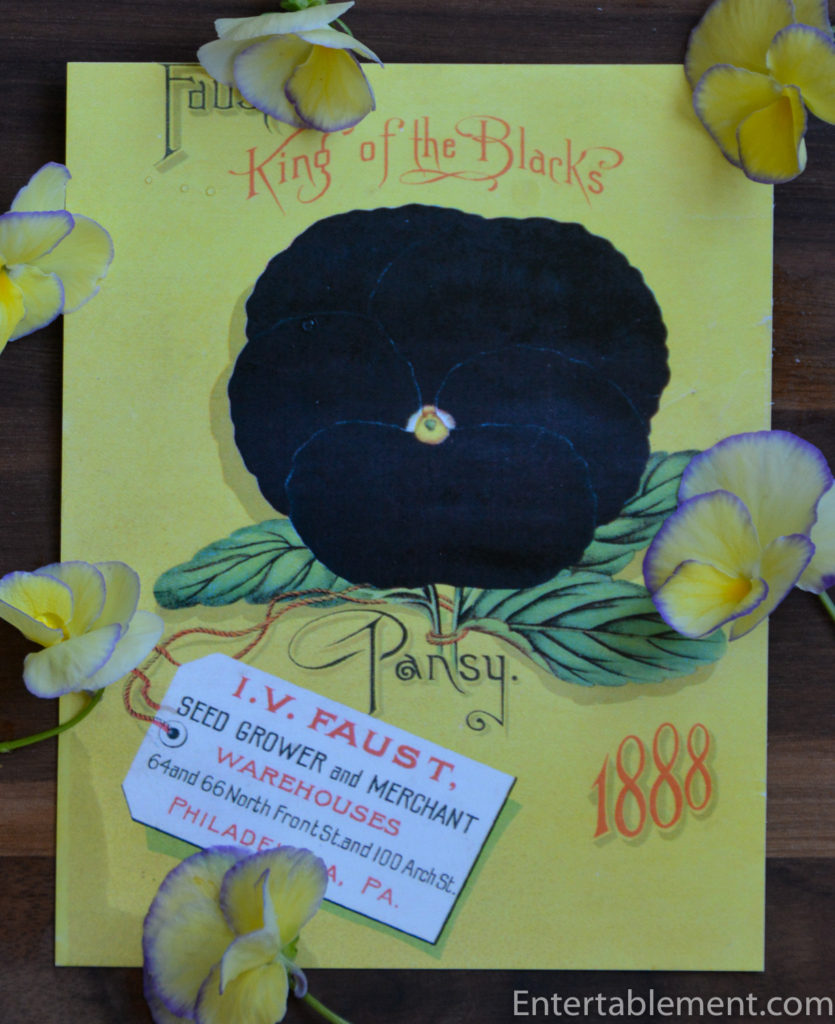 They’re a bit young to enjoy Jane and her ilk, so I’ve stocked the library down here with the Little House on the Prairie series by Laura Ingalls Wilder, Charlotte’s Web by EB Little, Ballet Shoes and the rest of the “shoe” series by Noel Streatfield, some Trixie Belden and of course, Harry Potter. 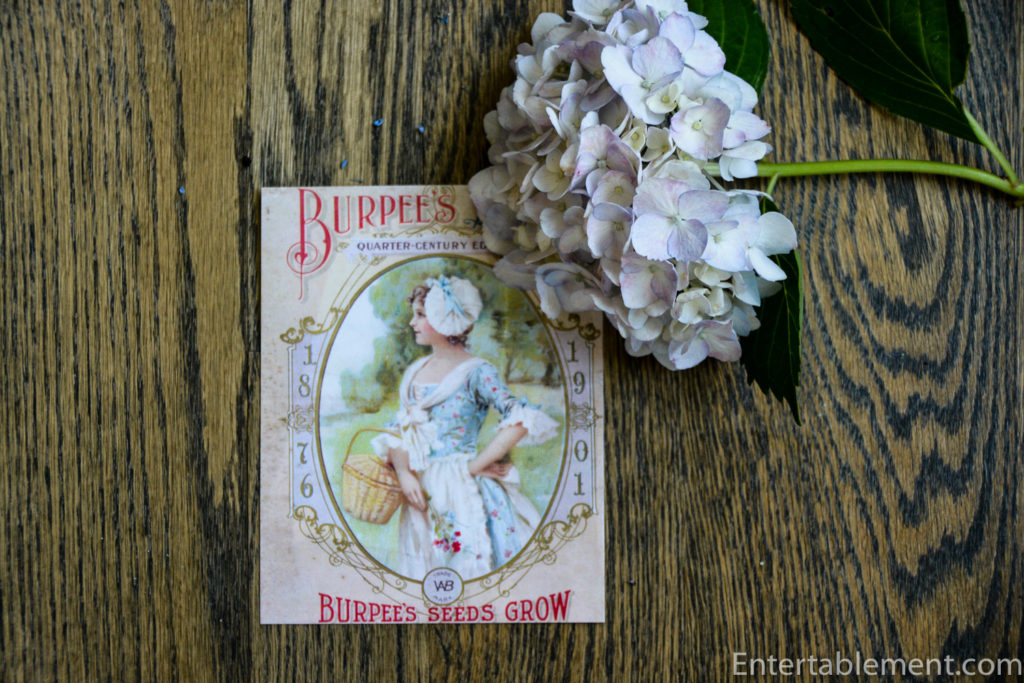 Daughter Lauren introduced our eldest granddaughter, Maddie (now 7 – how did that happen??), to Harry Potter last year when we were together in England. We picked up the Philosopher’s Stone (known as the Sorcerer’s Stone in North America) while we were in London and took it with us to the house we rented in Kent for the following week. 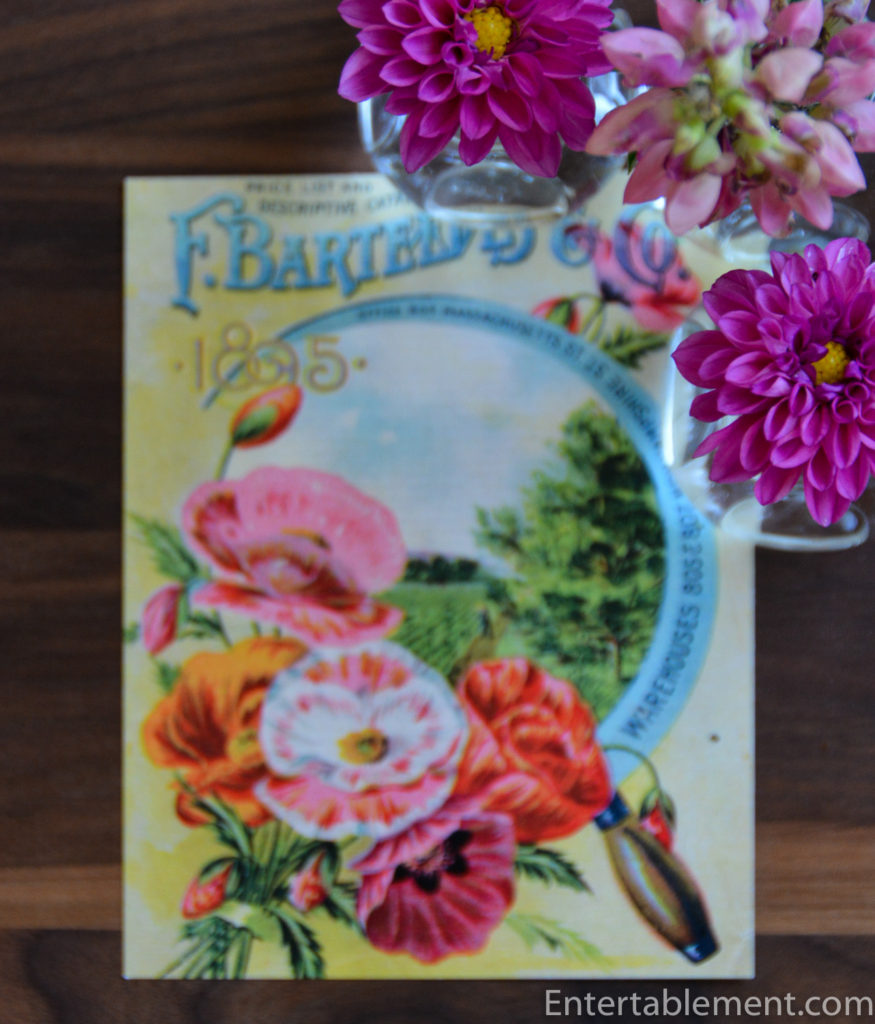 Lauren read Maddie a chapter each night and Maddie was instantly hooked (much as Lauren herself had been at a similar age). Back in Canada, Annie, Maddie’s mum, continued the nightly ritual and they’re now almost through the sixth book. They’re all joining us in the Cape next month, and I have no doubt Lauren will resume her role as narrator.  “Aunt Kain” is in great demand as “she does all the voices, Mummy.” 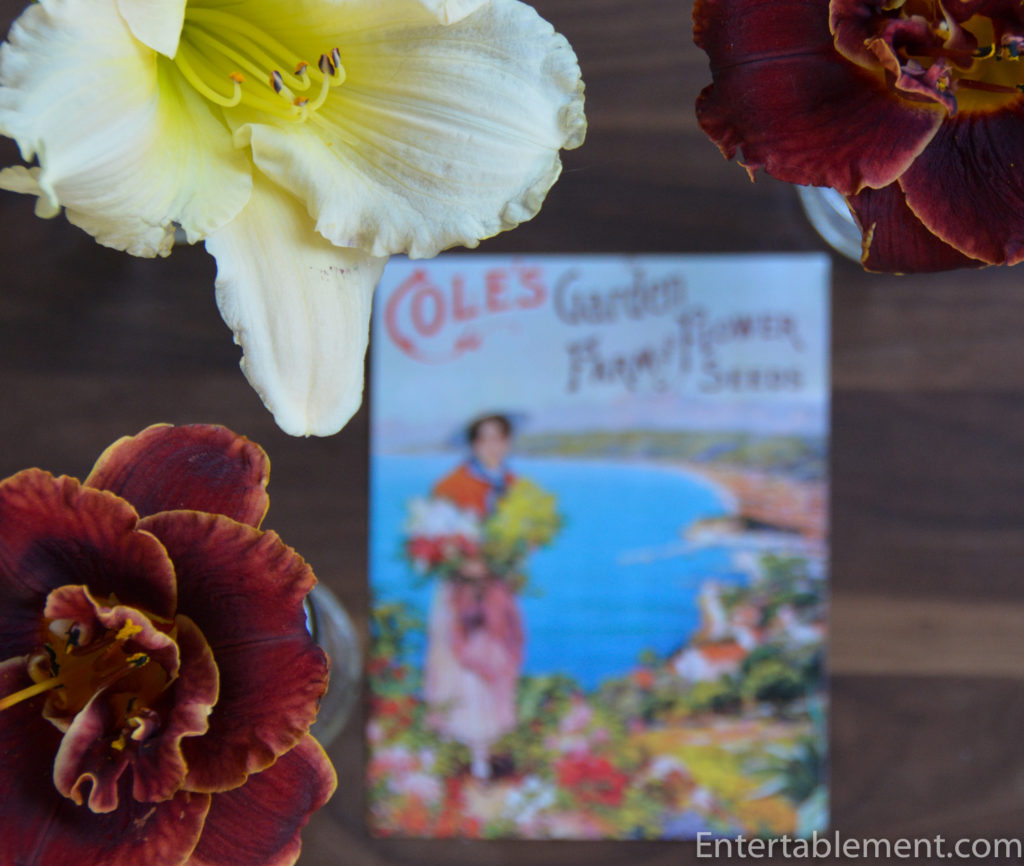 I’ll leave you to enjoy the rest of the weekend, eveyone. It’s a scorcher! 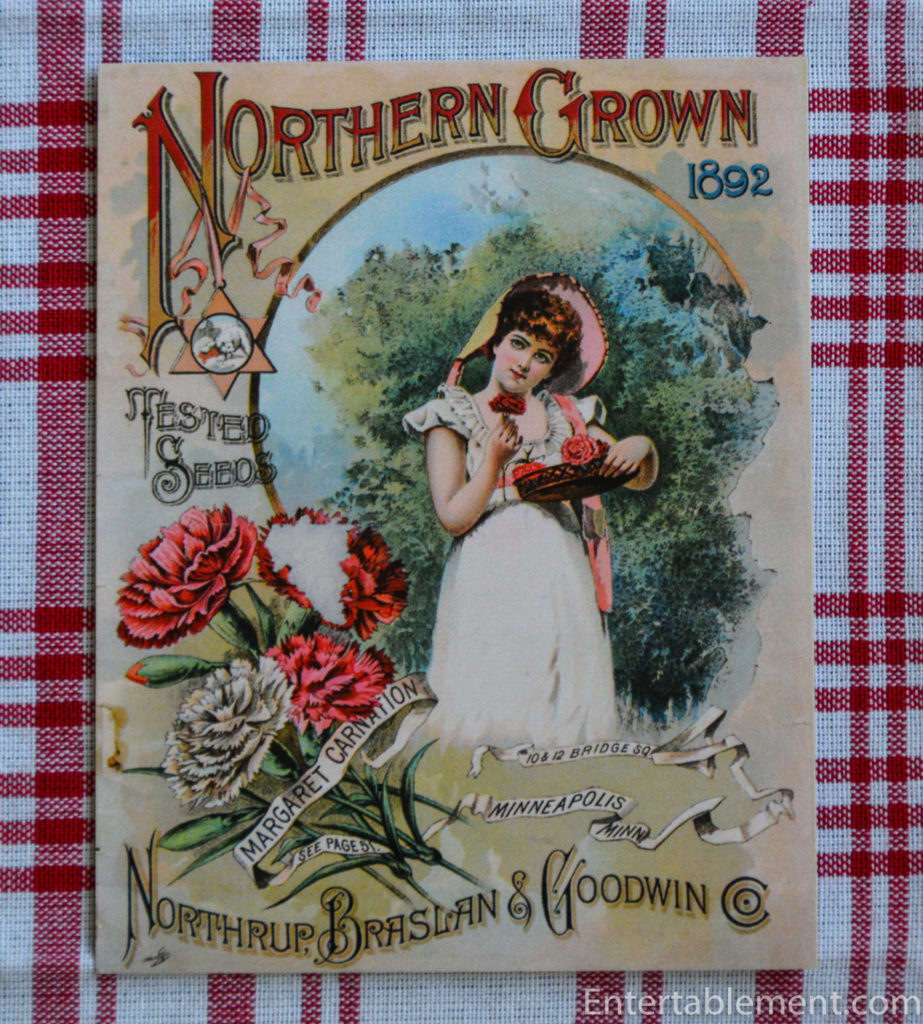