A Magical Folklore Table with Taika by Iittala 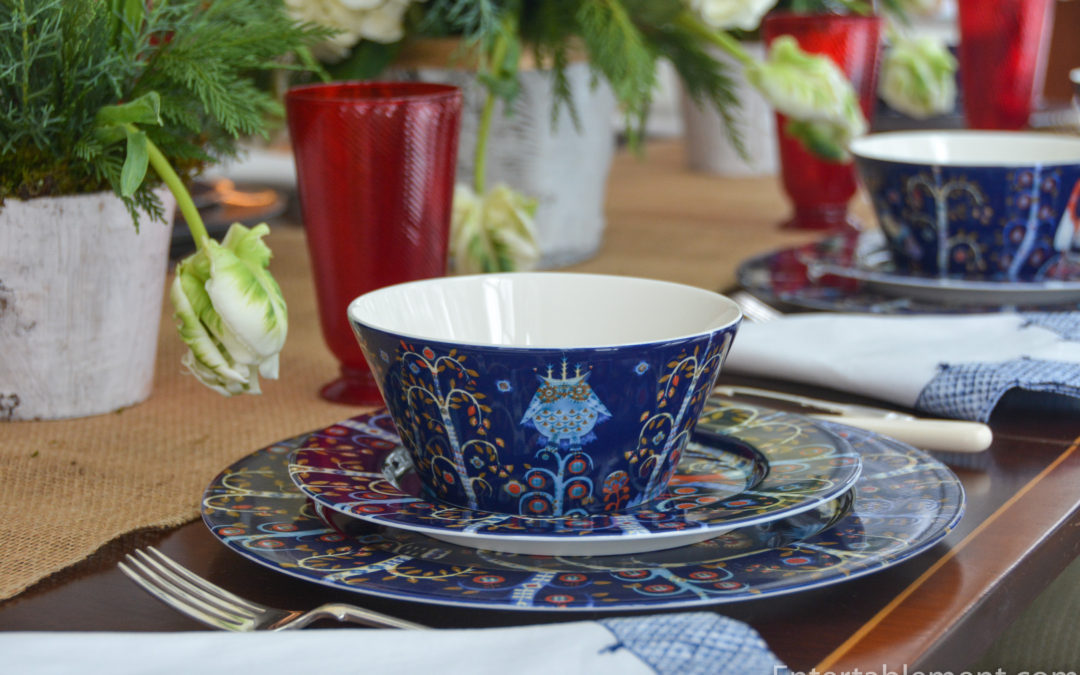 When it comes to whimsical tableware themes, you can’t go wrong with the Finnish firm, Iittala. 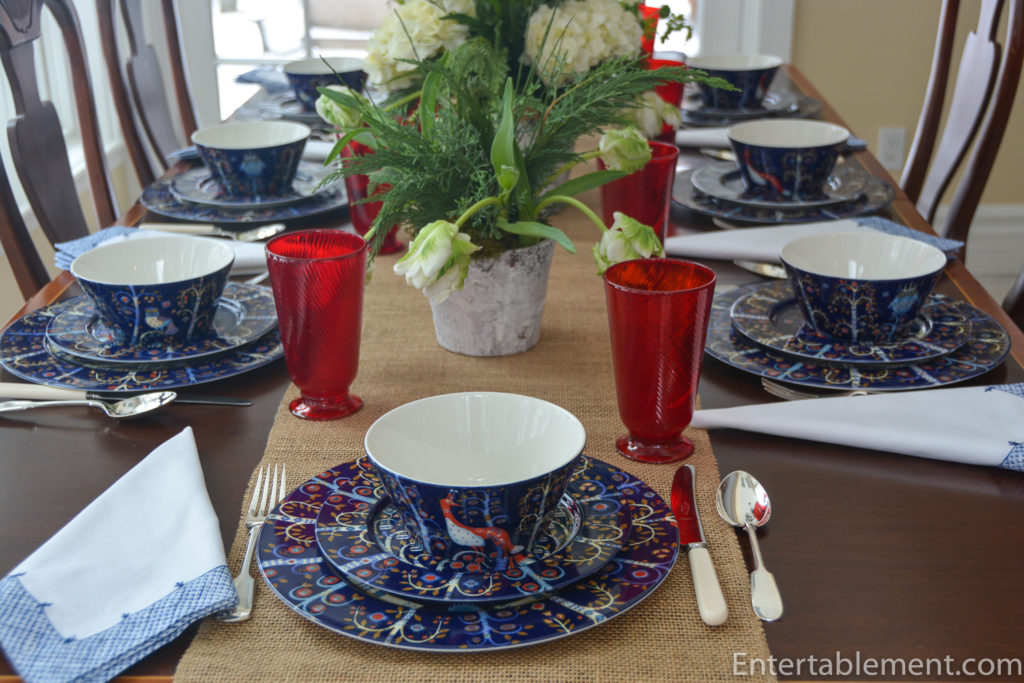 I came across Taika more than a decade ago, and it was love at first sight. Intrigued by the fantastical creatures, I was also taken with the rich cobalt glaze, not common in an “everyday” dinnerware pattern. 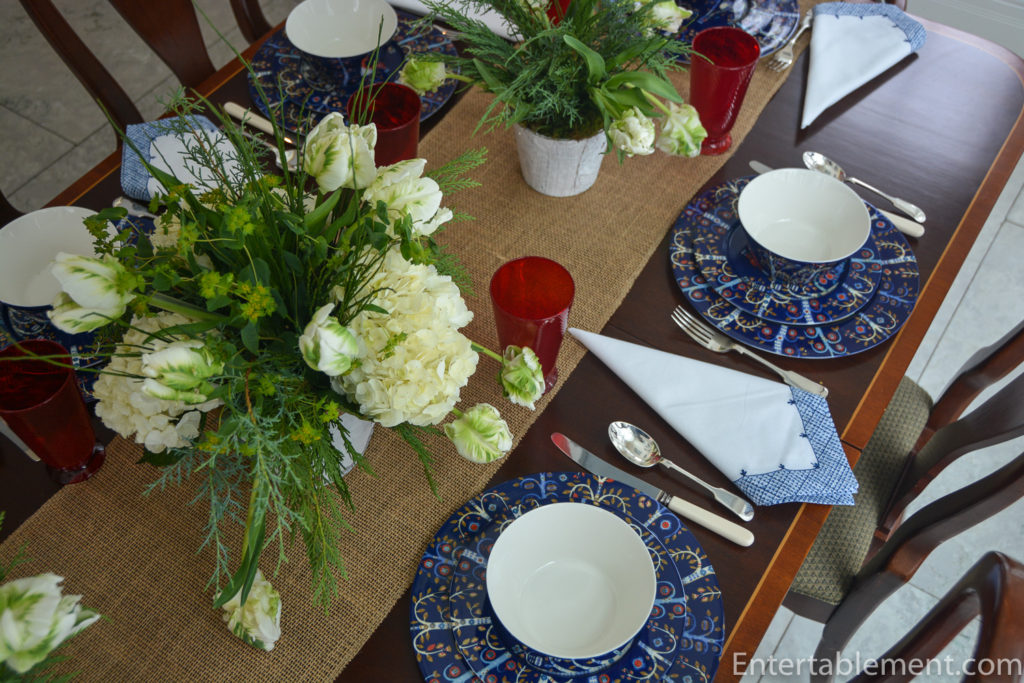 It’s described thusly on their website:
“With an authentic folkloric voice, Iittala Taika (Magic) tells the story an enchanted forest full of fanciful creatures. The vivid Iittala Taika designs are both whimsical and sophisticated in nature, showcasing Finnish designer Klaus Haapaniemi’s adept attention to detail. The intricate illustrations are a perfect match for the smooth, simple shapes of Heikki Orvola’s porcelain pieces. Though the stunning Iittala Taika collection has the look and feel of fine china, it carries the convenience of daily dinnerware; each piece is freezer, microwave, oven and dishwasher safe.” 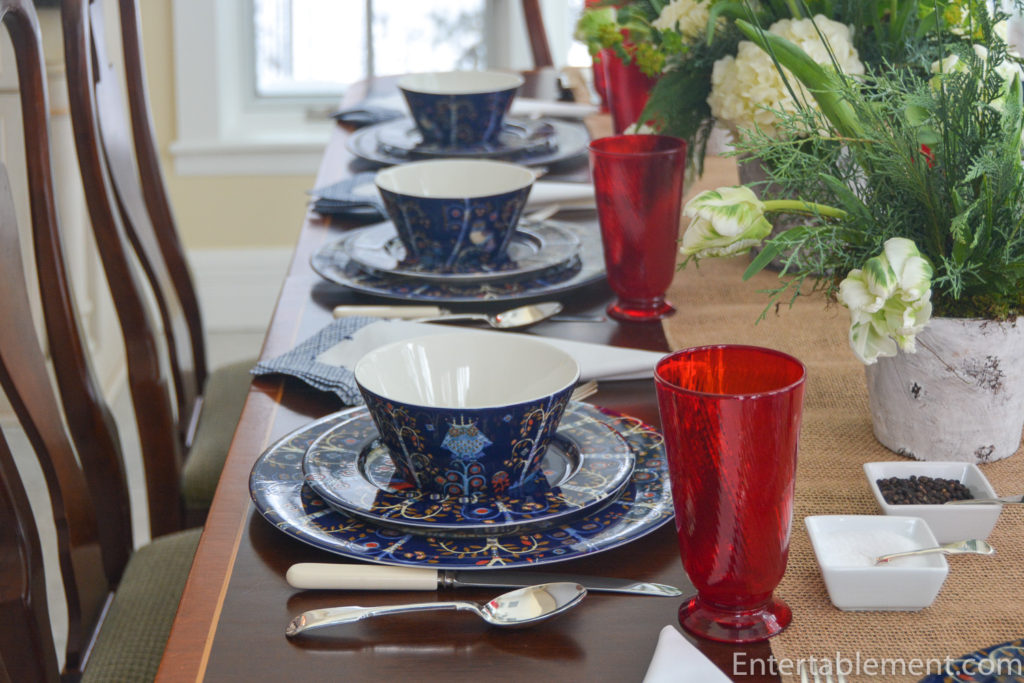 Love it. Who could resist this little owl? It’s my favourite piece of the whole service, a darling little demitasse cup, perfect for a shot of espresso. 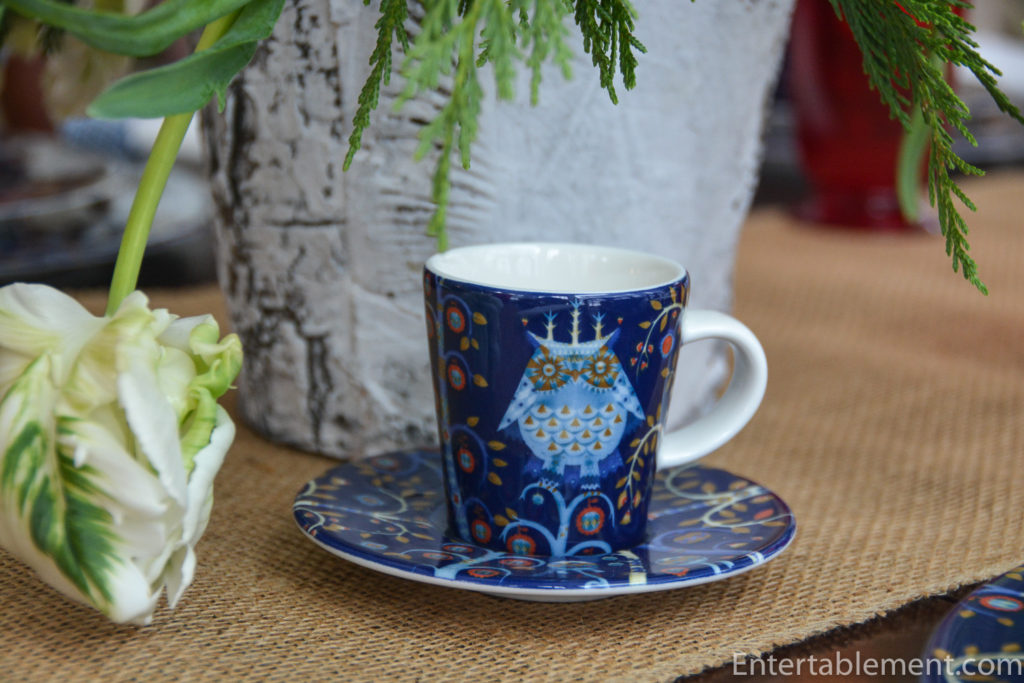 Another bird, presumably of someone’s imagination, graces the dinner plate; this one is much bolder and more assertive than the diminutive owl, 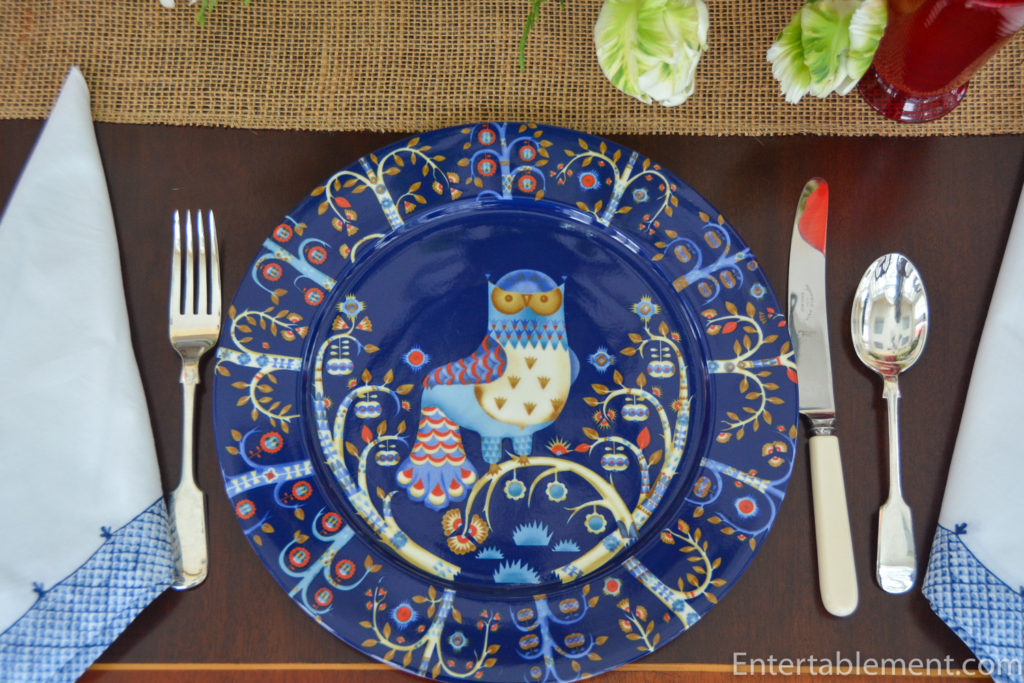 The salad plate has an…er…um…???? I hesitate to say dragon (no wings), and the bobbly bits coming out of the head are hilarious. 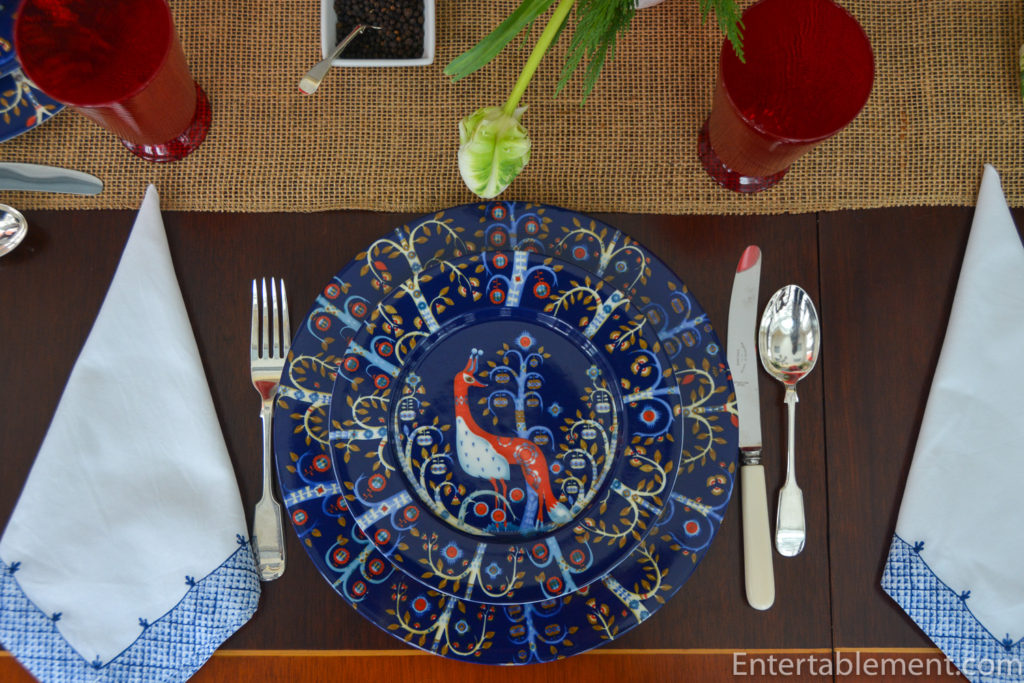 He (or she) is also on one side of the cereal/soup bowl. 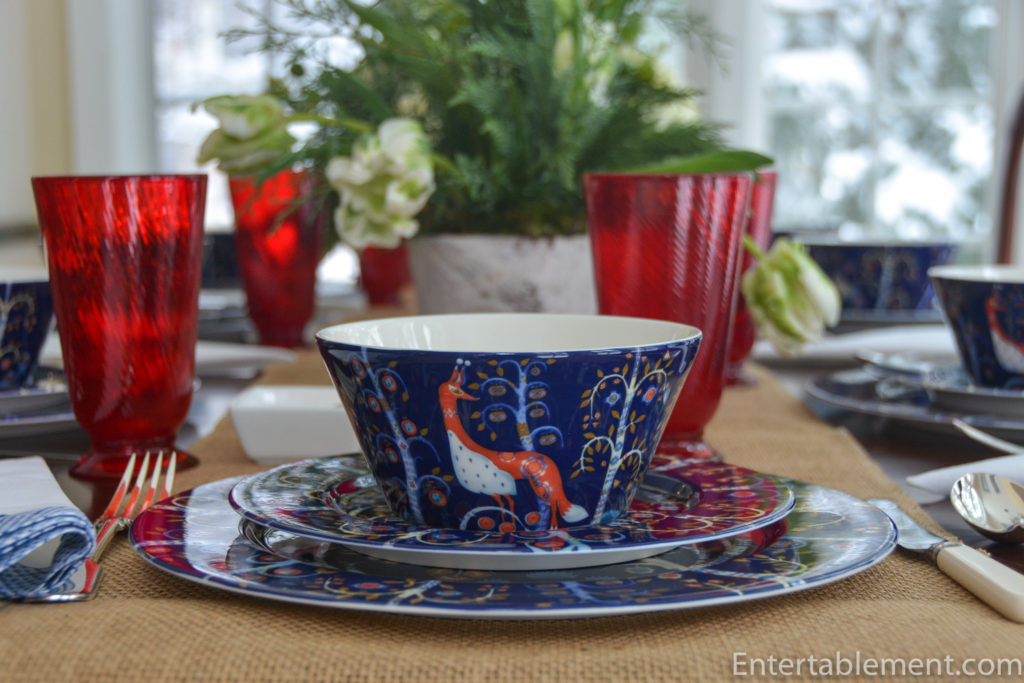 The other side has the owl. 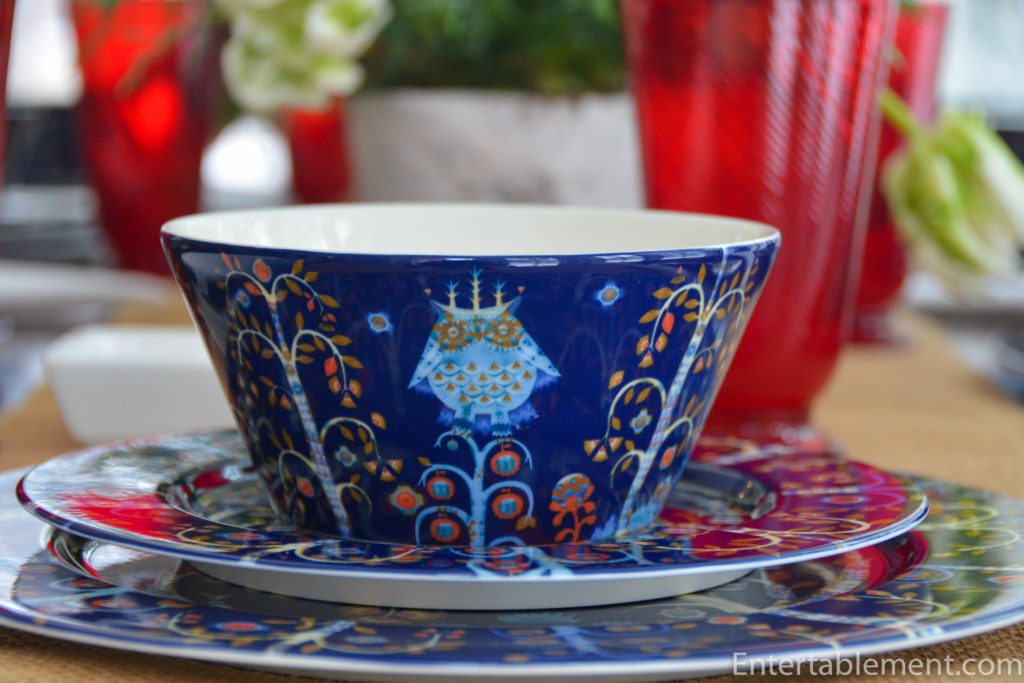 Together they make for a lively and bold table. 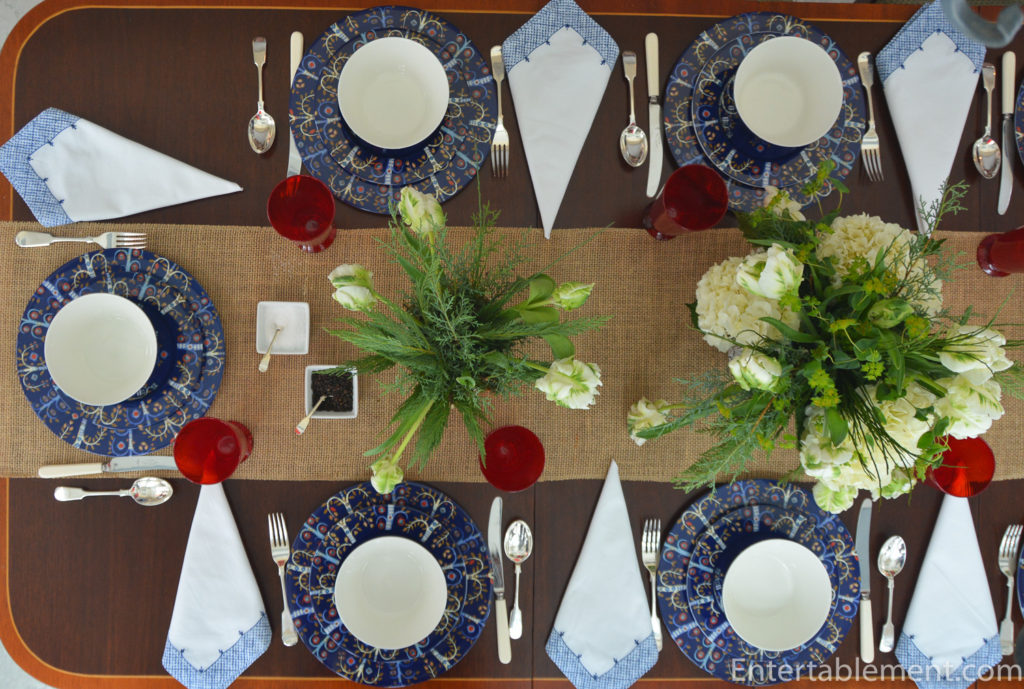 The accents on the set are mainly white with pale blue and touches of red. With so much going on in the pattern itself, I decided to stick with simple white floral arrangements. 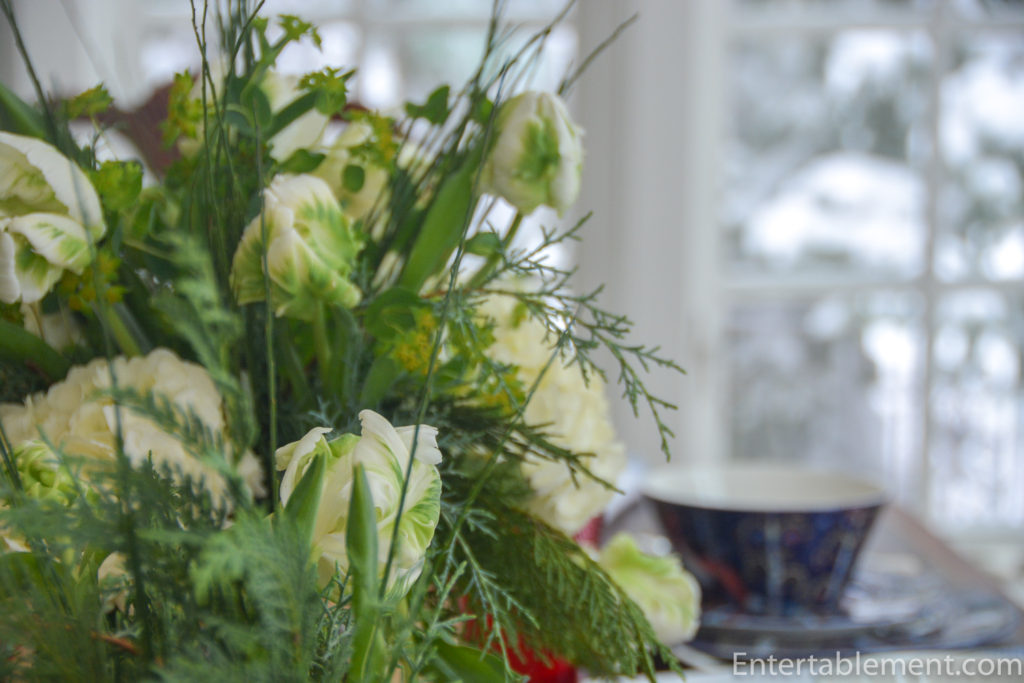 Arabella glasses by Juliska added just a snick of bold red, enough to provide some interest without being overwhelming. 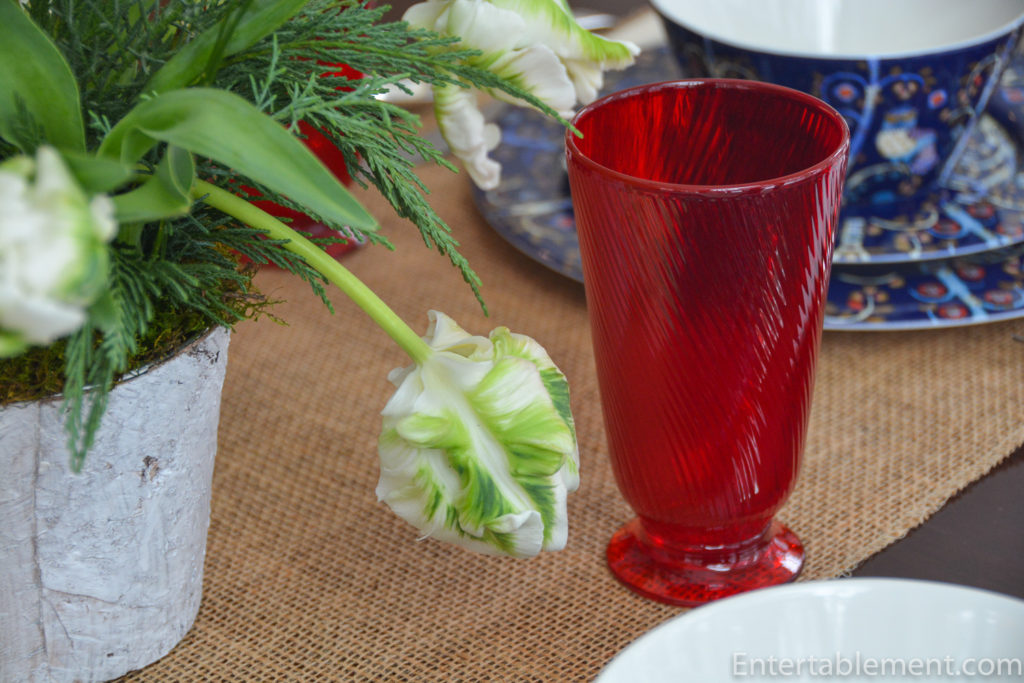 Taika has simple, clean lines, so I employed open salts in a similar vibe. 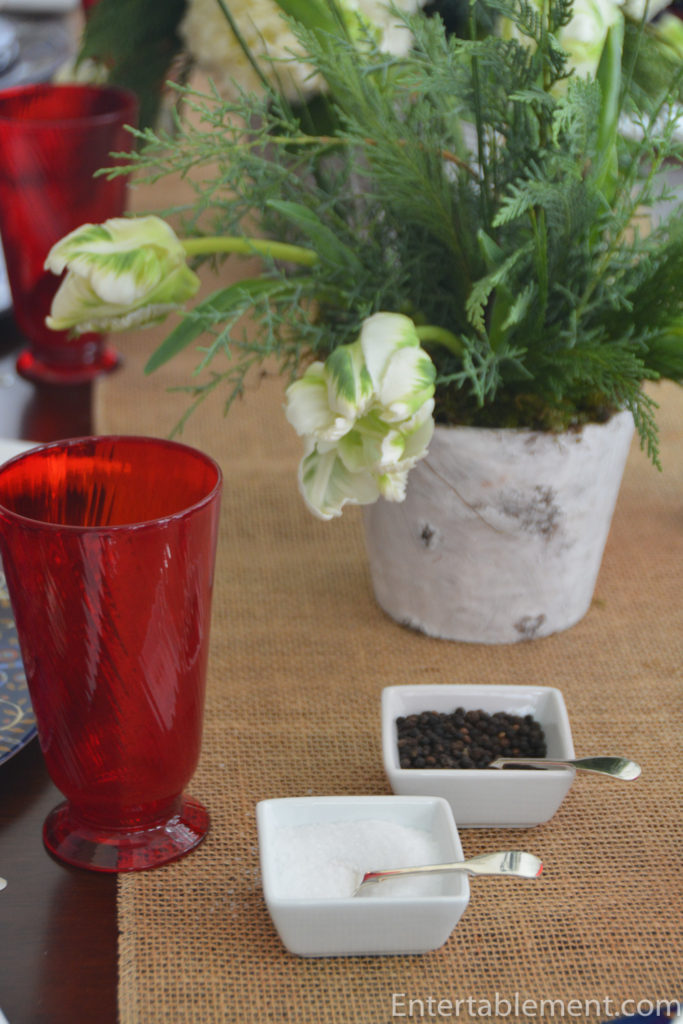 The navy edged napkins from Williams Sonoma a few years ago seemed to fit. 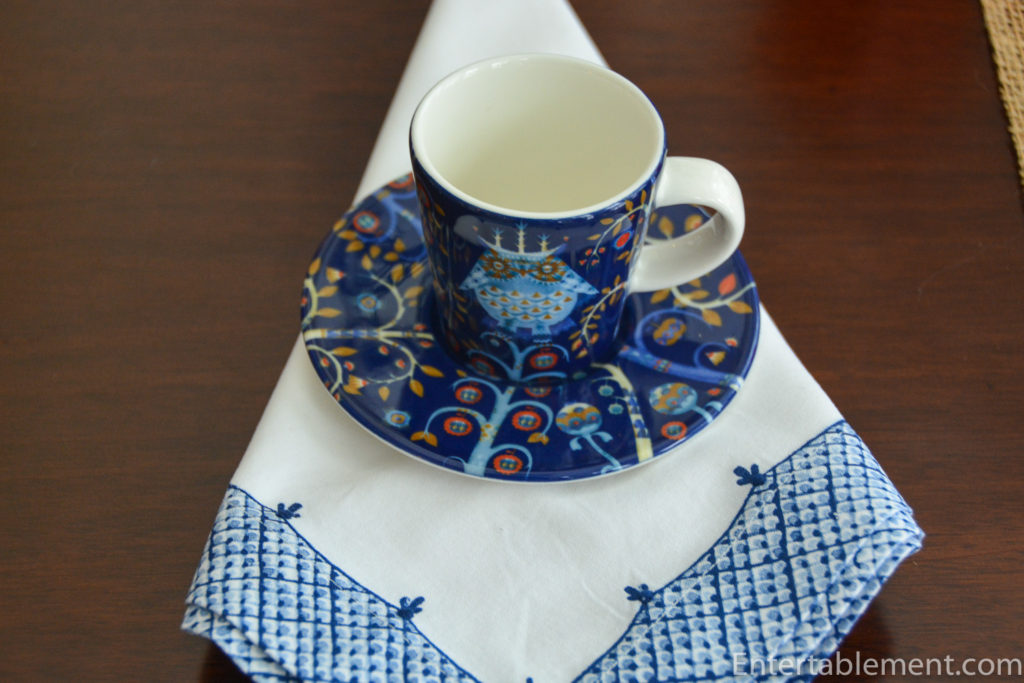 It’s a bit stark, but that somehow fits the mood of the early new year, don’t you think? 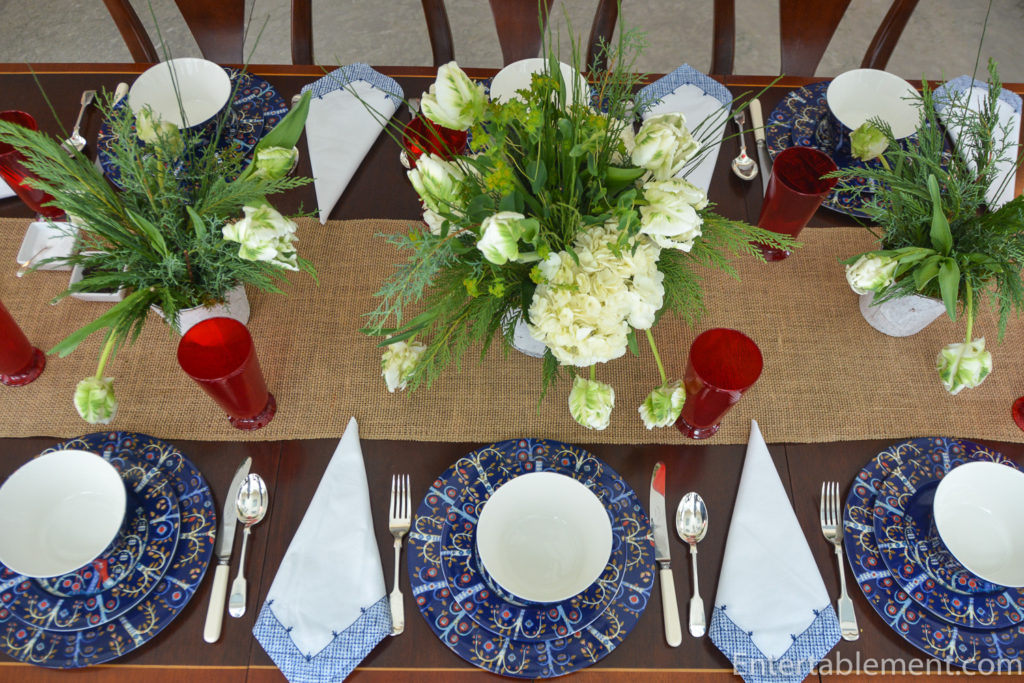 Deep, rich colours are often my go-to after the Christmas season. For the kitchen china, I usually pull out Taika, Provence Noir by Royal Doulton and/or Adelaide Green by 222 Fifth. I always have a white set going alongside, either Country Heritage by Villeroy & Boch or the Baronesse White set by Tirschenreuth (always have to look up the spelling on that one) I got at a thrift store a few years ago. 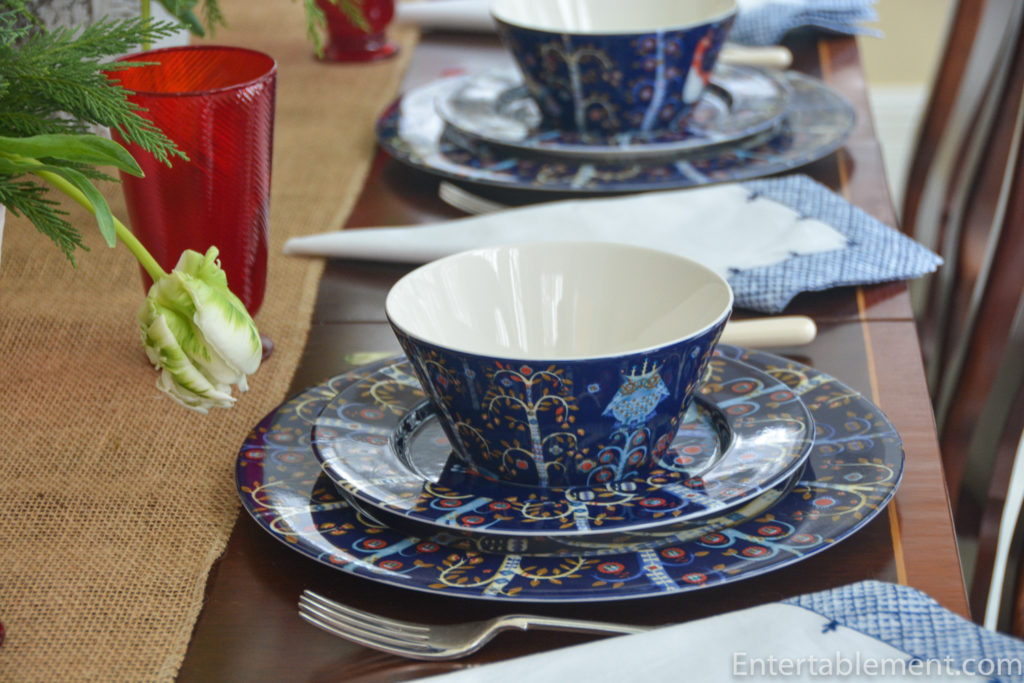 I’m happy to move to pastels a bit later in the season, as Easter preparations get underway. But for the frosty months of January and February, deeper colours are the order of the day. 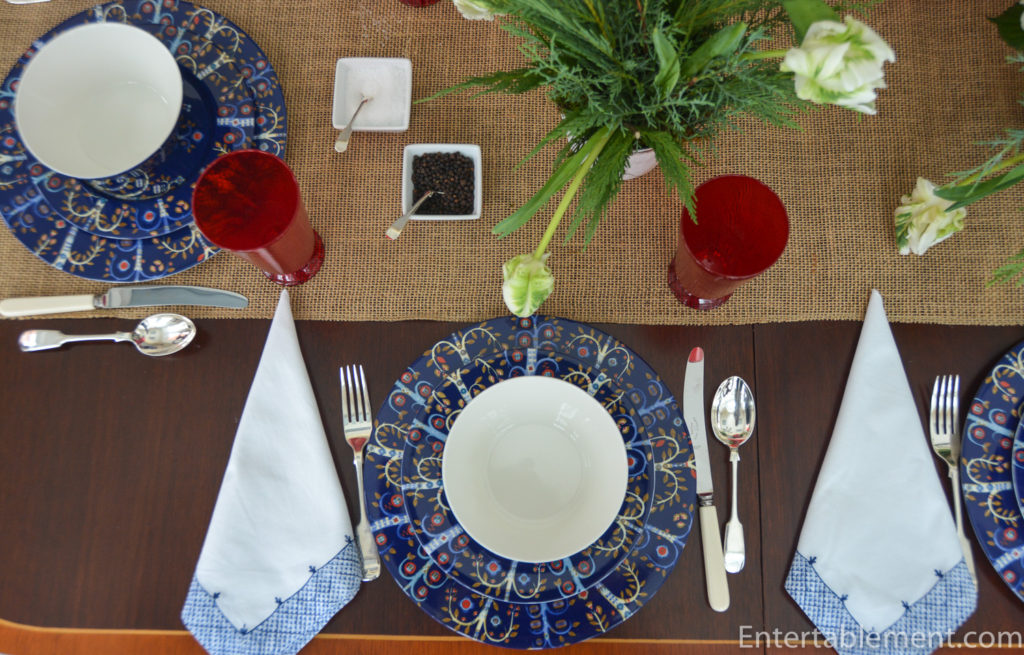 Taika also comes in backgrounds of white and red, and the latest release is in plain black and white. 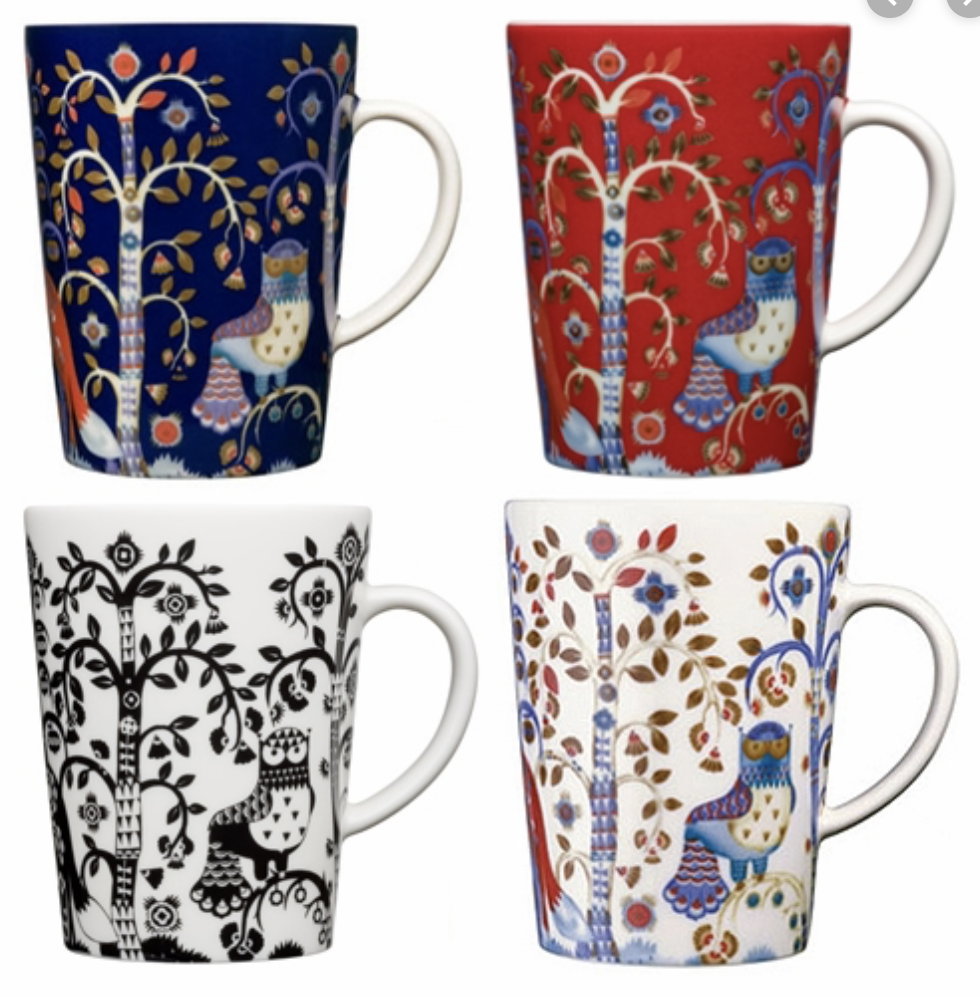 The red is reaaaaallly bold! 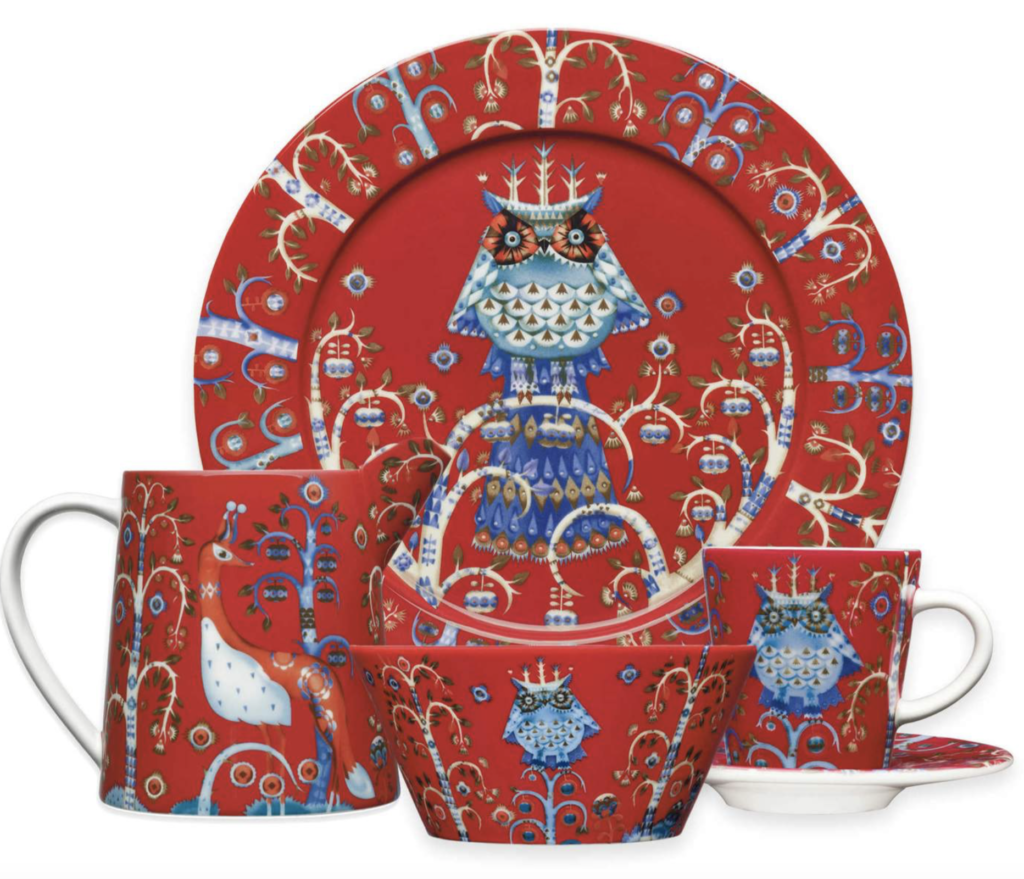 They’ve added a slightly new palate with additional creatures to the white background offering, Taika Siimes. With accents of coral and green, it’s meant to evoke images of Spring. That little face on the deer? is adorable. 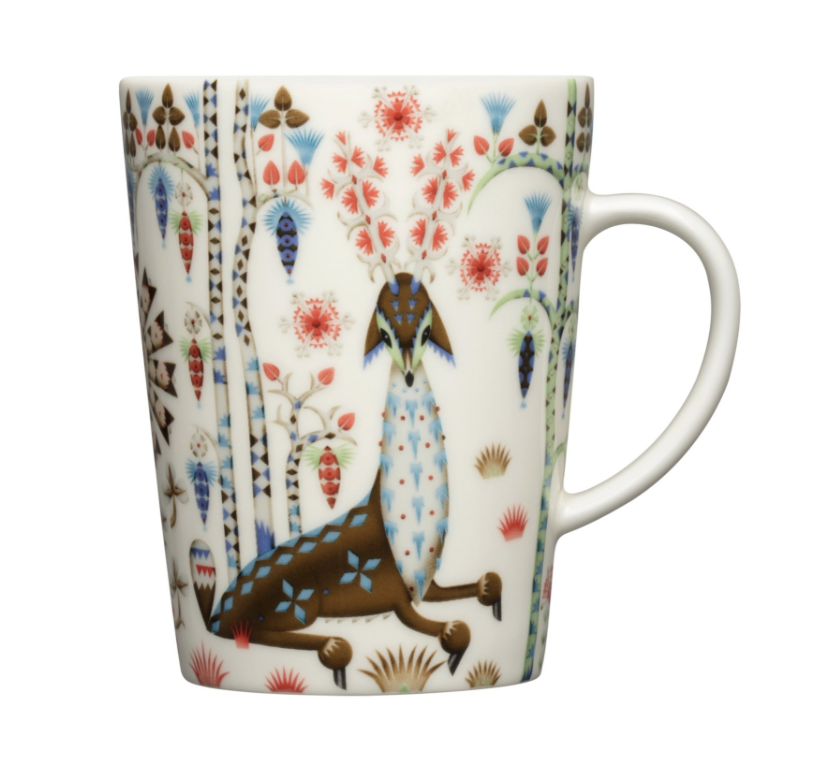 But the hedgehog has quite won my heart. 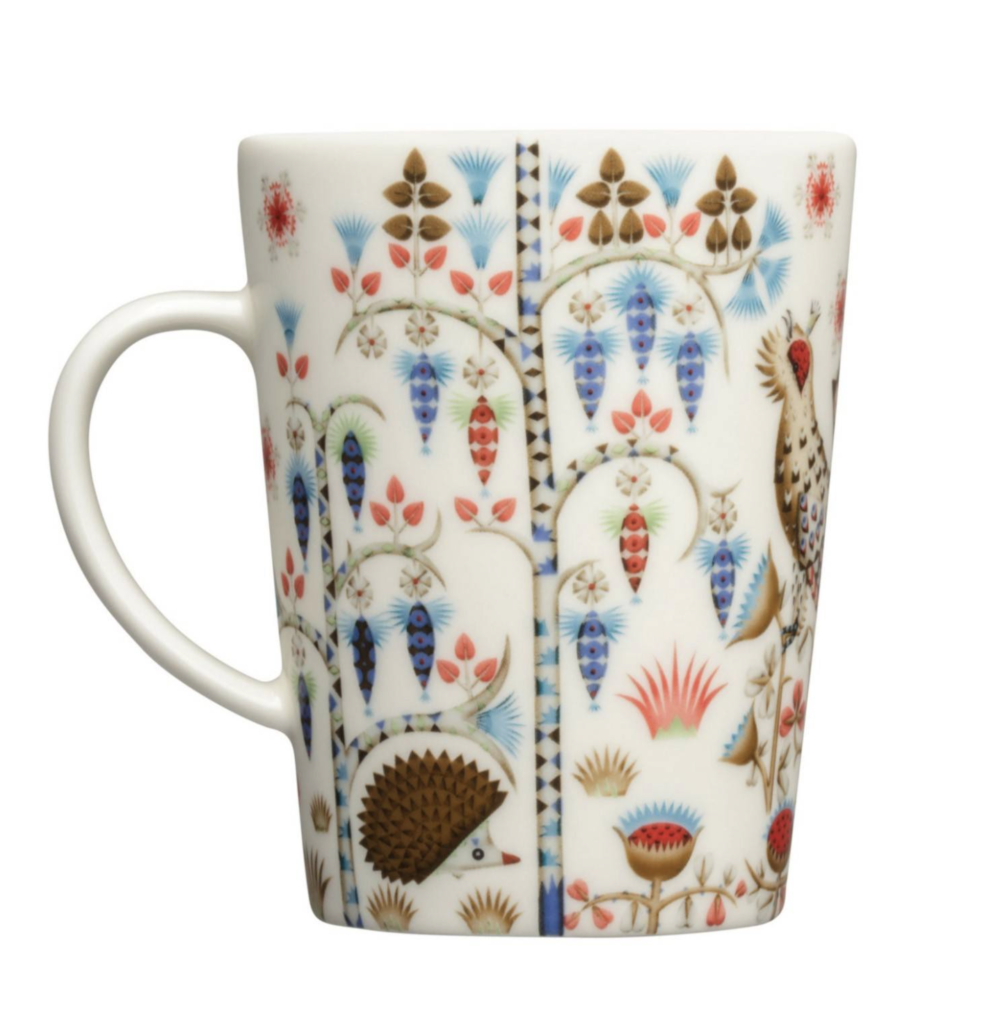 He (and his little green wife) feature more prominently on the pasta bowl – they call it a “deep plate“. 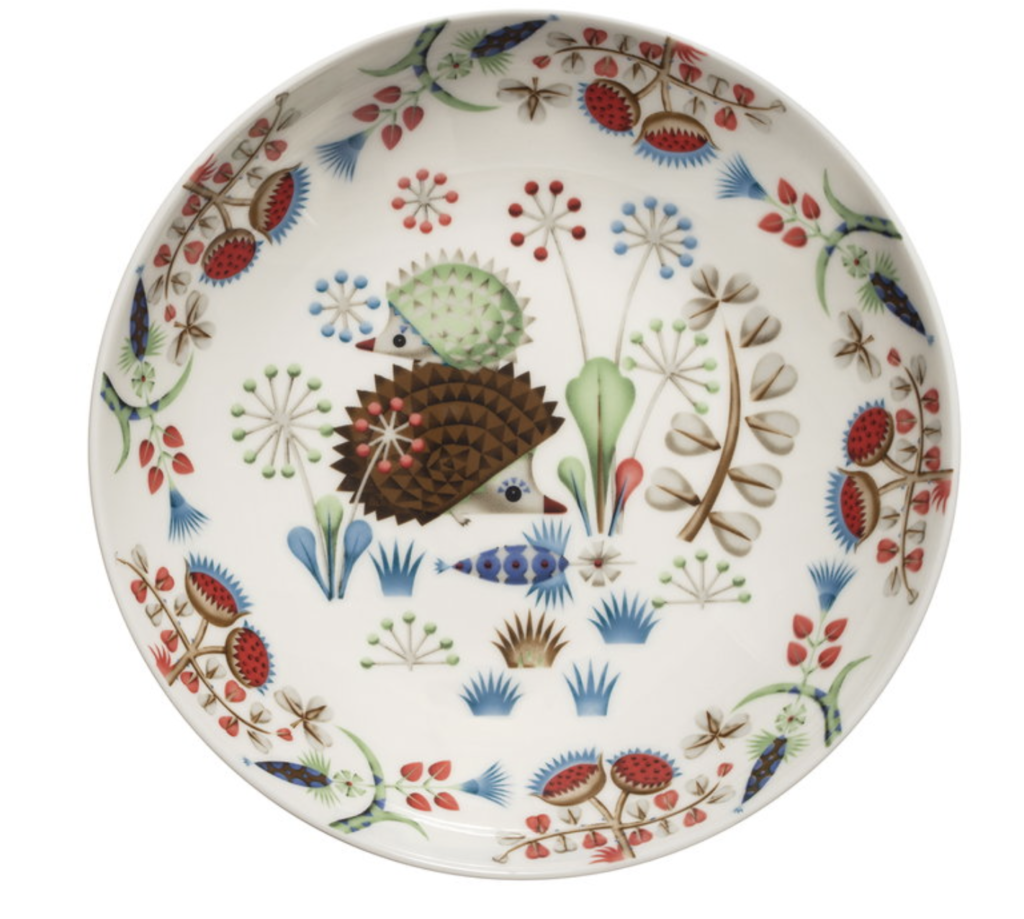 Siimes wasn’t on offer a couple of years ago when I went looking for pasta bowls to augment my set. I ended up going with this one, instead. It’s a bit bigger at about 10″. The Loch-Ness-Monster style fox is very cute, though not as adorable as the hedgehog.

You can see the Nessie-fox bowl below on this arrangement (photo from Century House’s website). The slightly smaller bowl with the owl is the same size as the hedgehog Siimes one, at about 9″. 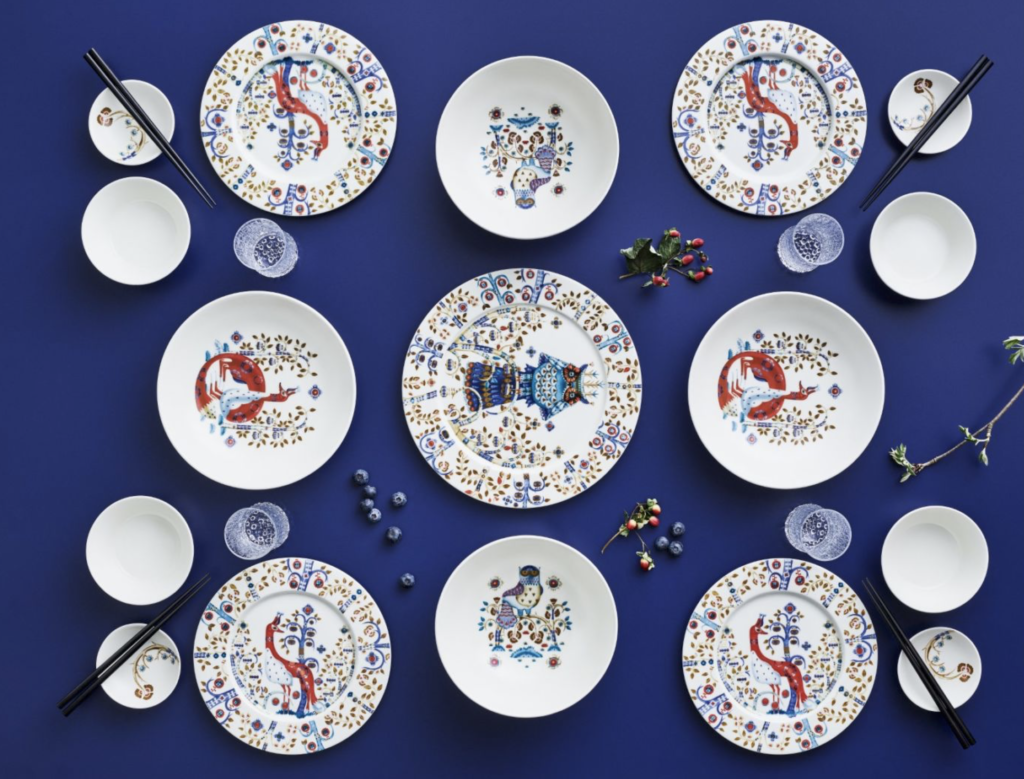 Lots and lots of choices with Iittala. You might remember our magical forest table with Tanssi? That’s another fun pattern. 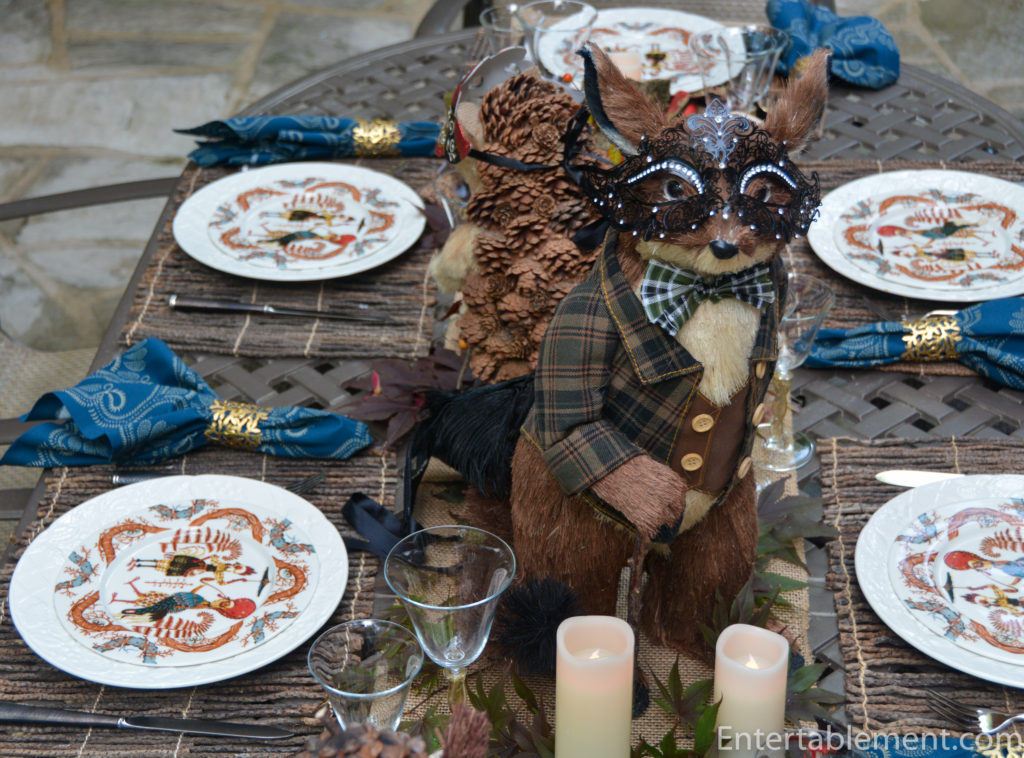 But back to the cobalt blue Taika. Hi there Mr. Owl. We are so glad you could join us. 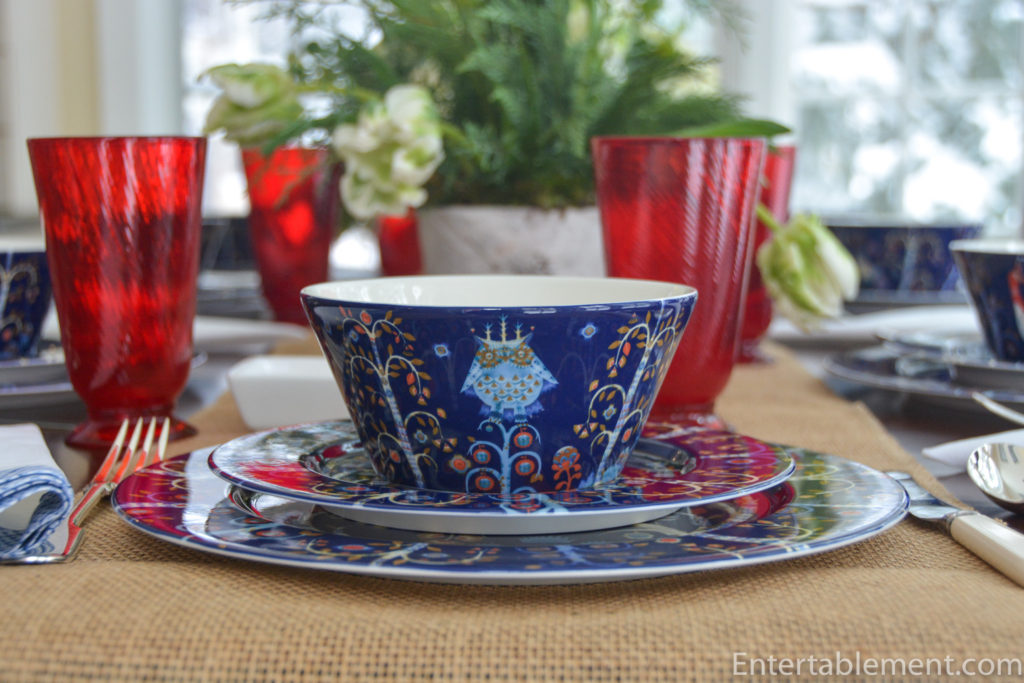 That’s all for today. I hope you’ve enjoyed our visit to the magic land of Taika. 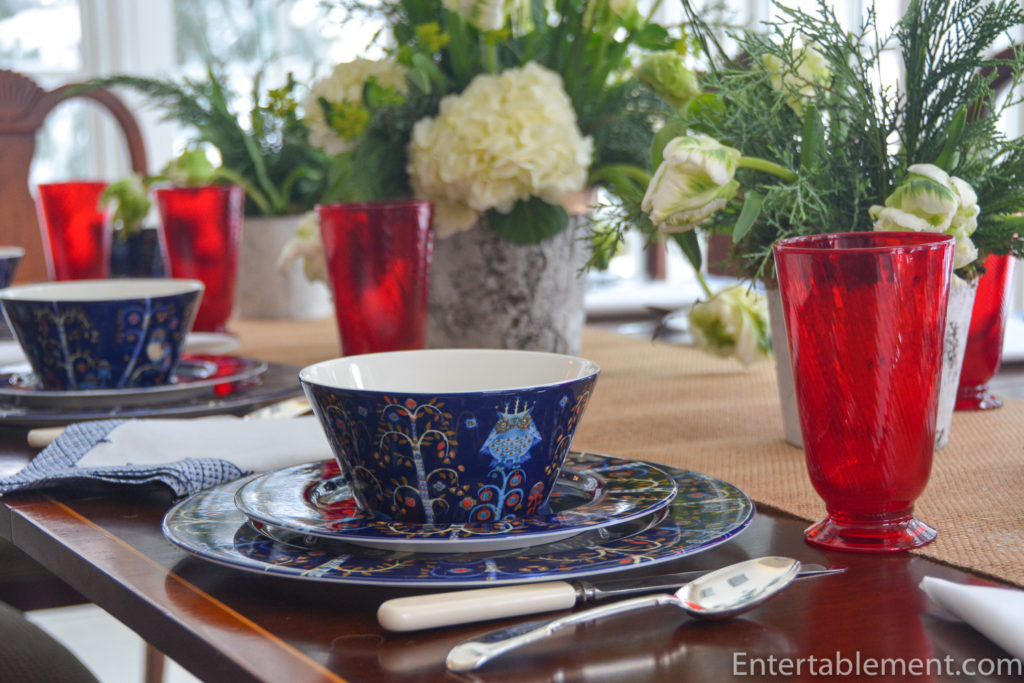 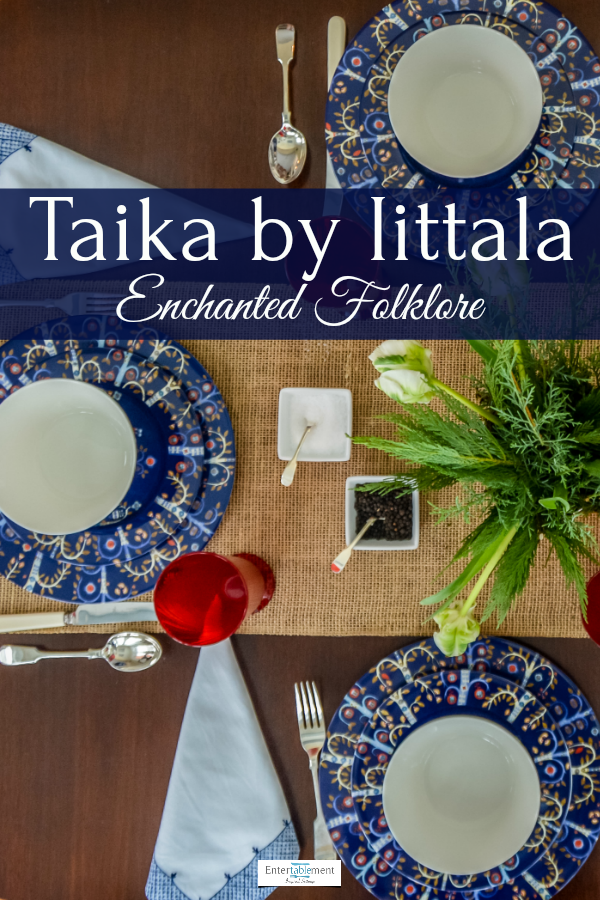