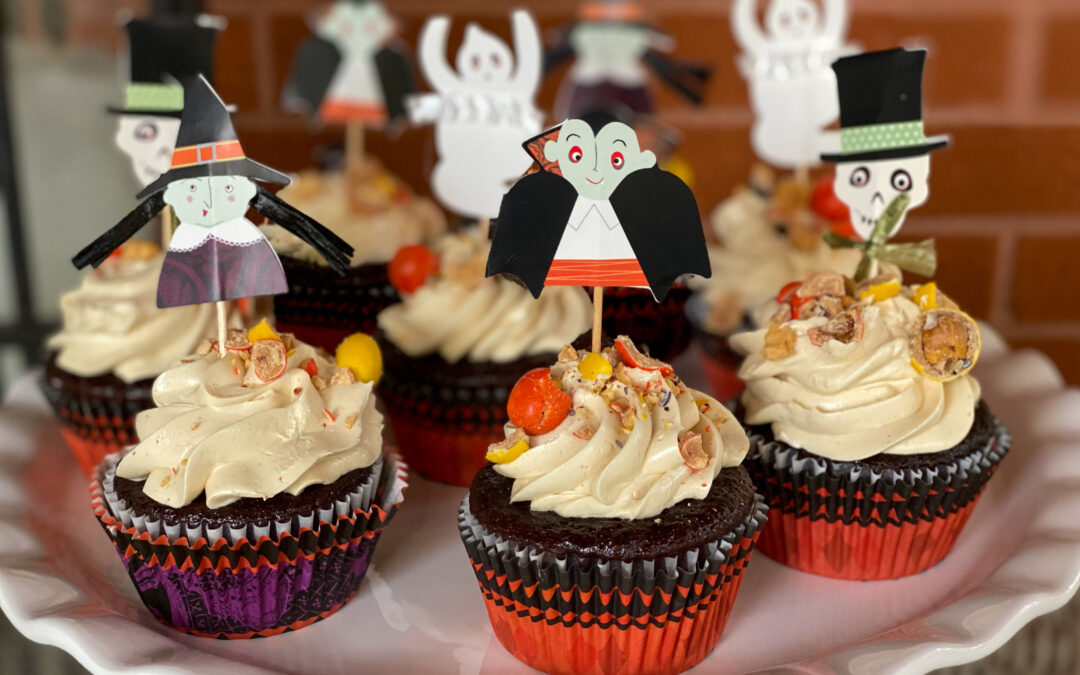 I had completely forgotten about the package of Halloween cupcake liners and toppers that had followed me home last year. Well, we couldn’t let another year go by with them languishing in the drawer, now could we? Hmmm – orange and black – not my favourite combo for food-friendly items. What could I do with those? Chocolate, clearly. I’ve made orange icing before but wanted something different this time. Reese’s Pieces came to mind. That’s it! Peanut Butter frosting it is. 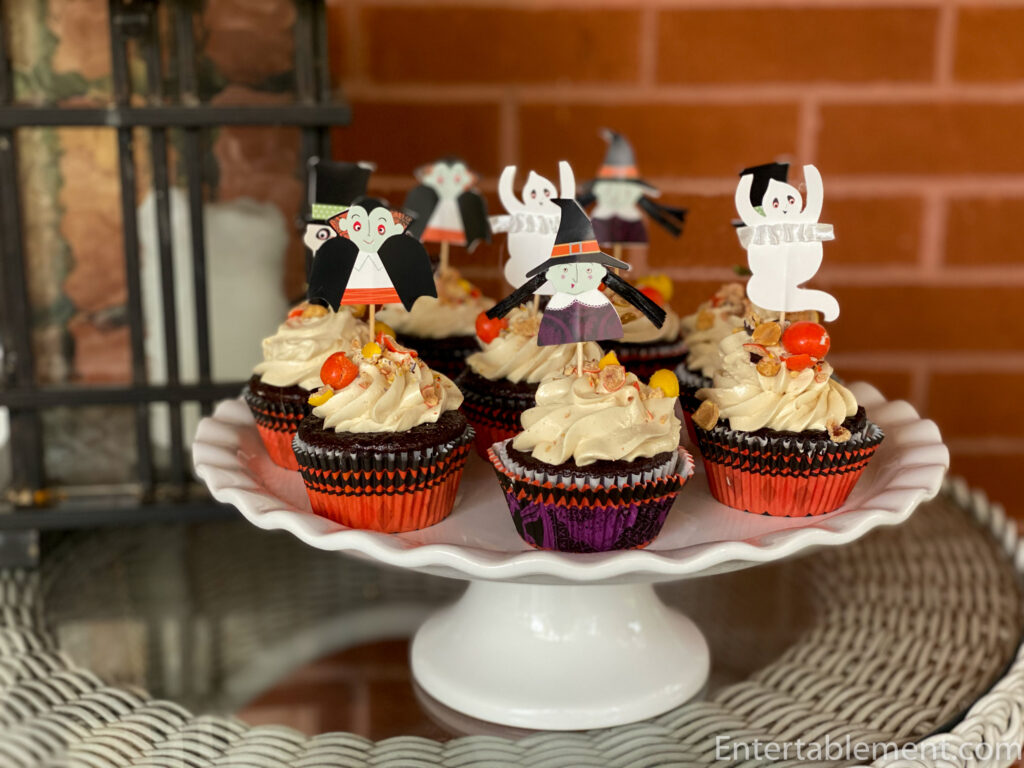 Next to figure out – how much peanut butter could Swiss Meringue Buttercream support without collapsing into a sticky mess? It turns out that a batch of SMB made with 5 egg whites holds up very well under about 3/4 of a cup of peanut butter. It’s enough peanut butter to flavour the frosting without overwhelming it, and the frosting is a heavenly silky cloud.

Verdict? A keeper, for sure. 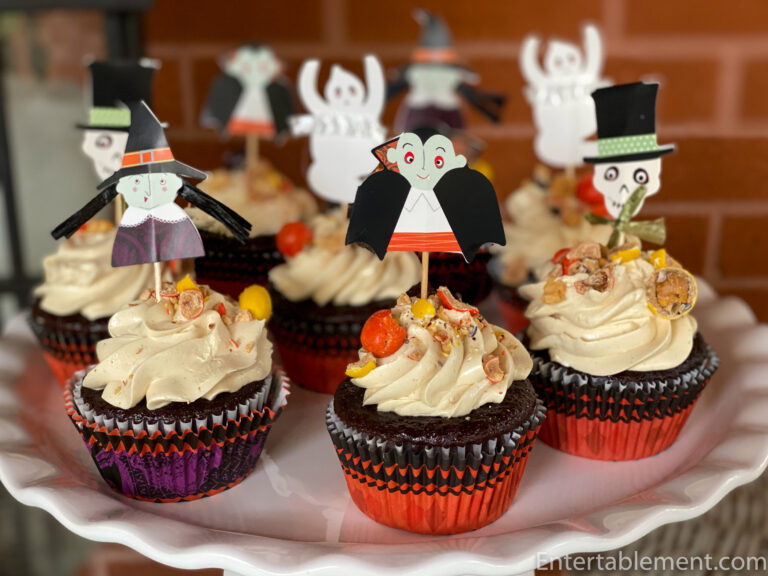 Have all ingredients except the coffee at room temperature.

For the chocolate cupcakes:

Fill a large piping bag fitted with a large closed star tip (I used Ateco’s #860). Pipe the frosting onto the cupcakes, starting at the outside edge and working your way in. If desired, top the cupcakes with crushed Reese’s Pieces and cupcake toppers.

The cupcake batter is adapted from Sprinklebakes Chocolate Therapy Cake.