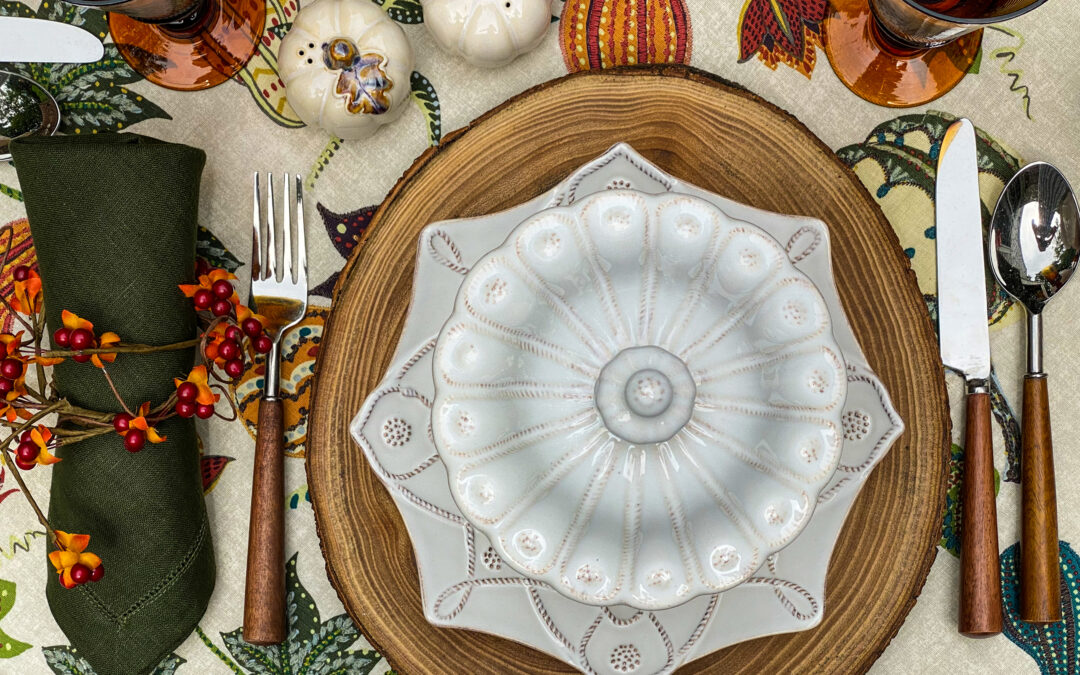 It’s Labour Day weekend, and the kids are back to school next week. While I’m always sad to say goodbye to summer, soup season is a cause for celebration in my books. Starting with Fall Vegetable Chowder. 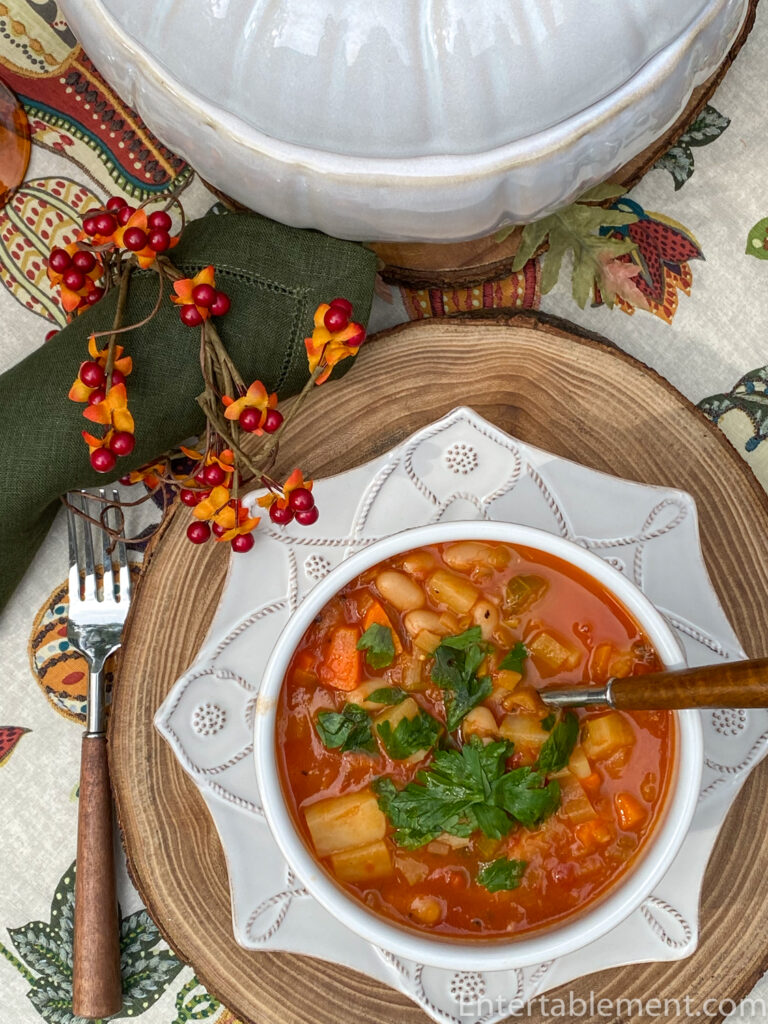 And with soup comes individual soup tureens to tickle your tableware fancy. 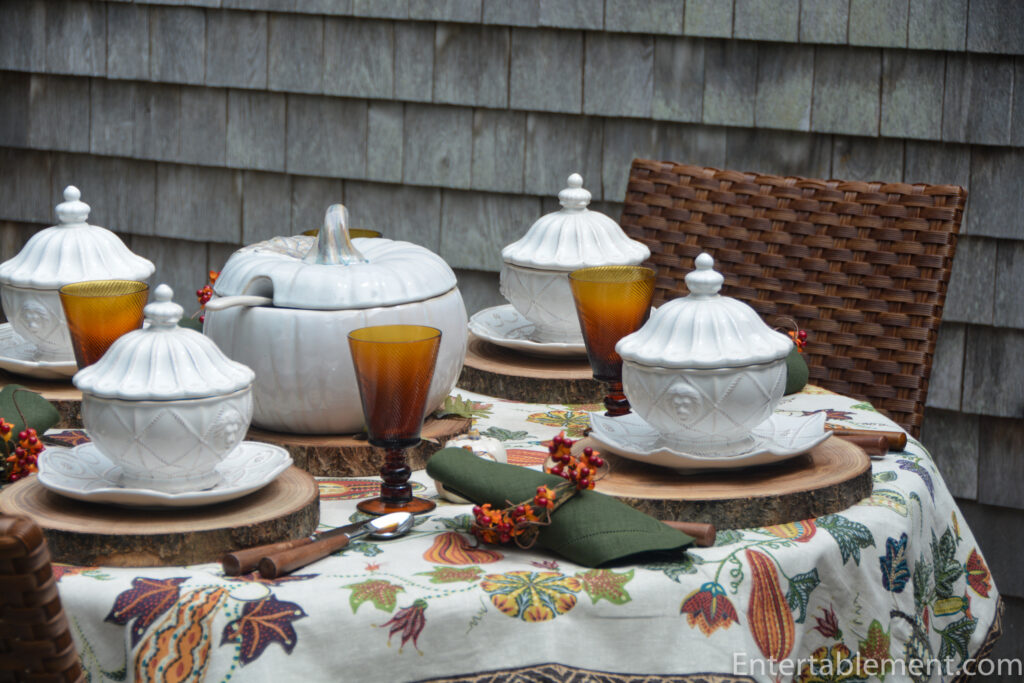 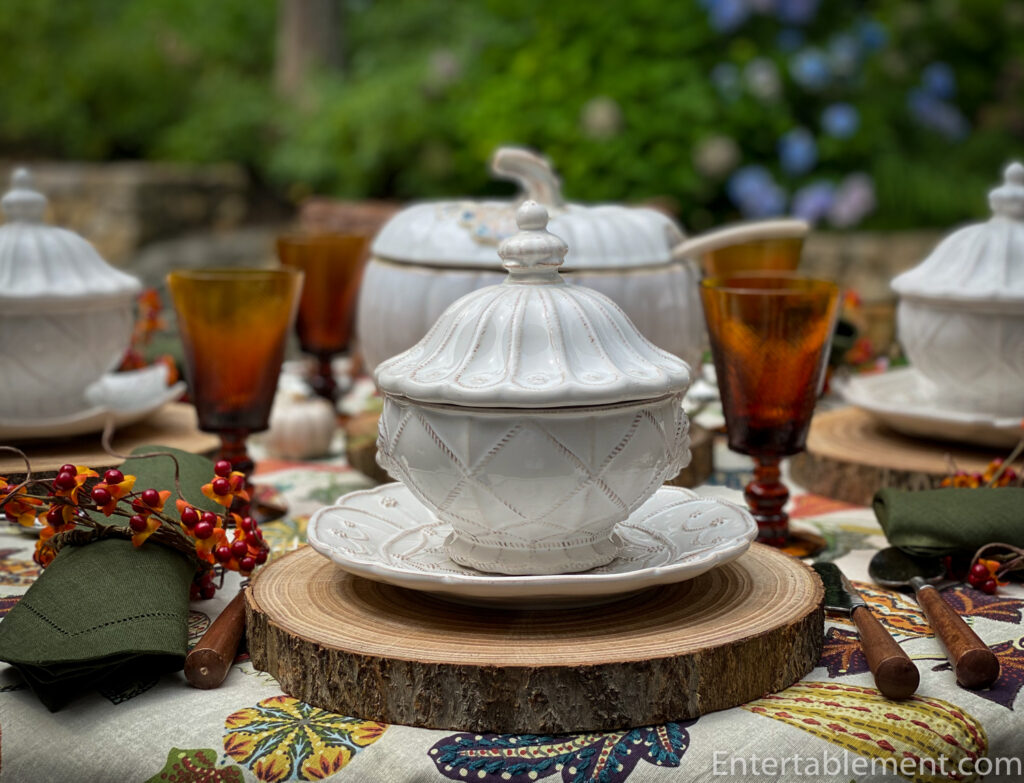 When I purchased the small tureens, I passed on the large tureen, deeming it too ornate. 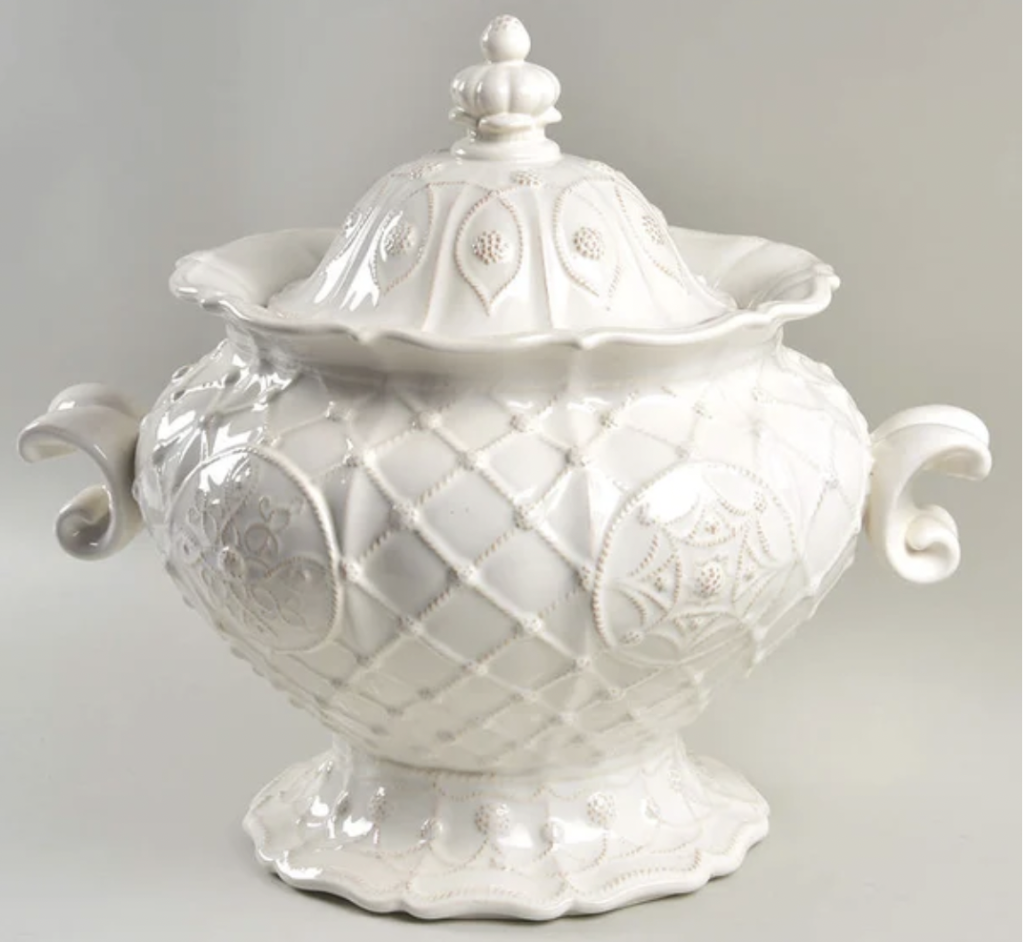 So I was delighted when Pier 1 brought out an inexpensive pumpkin tureen in a similar glaze several years later. It fits the bill nicely. 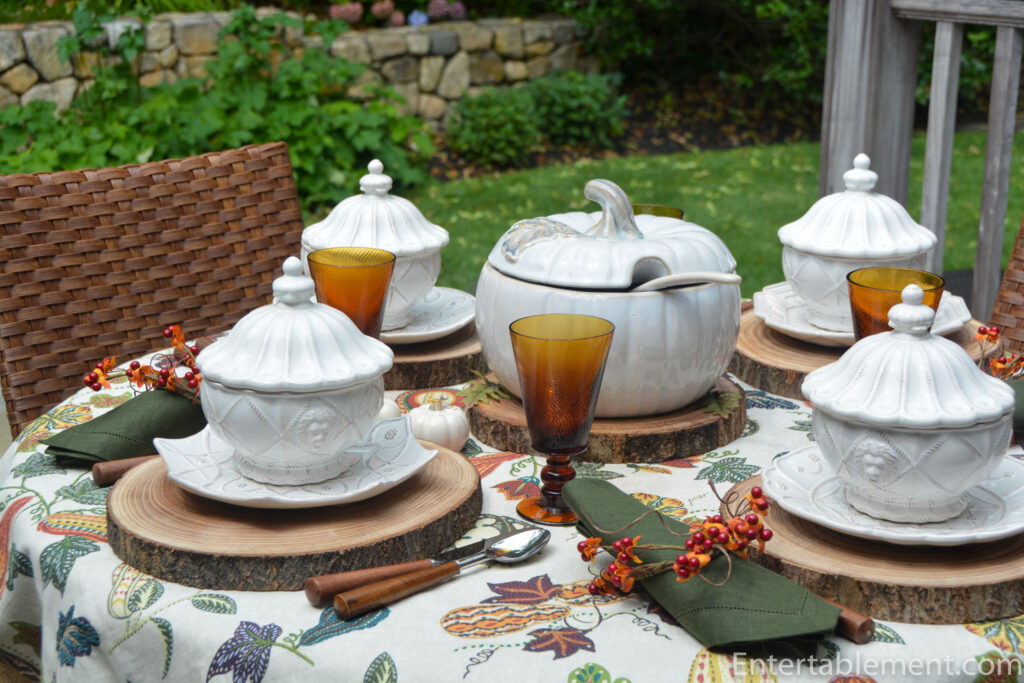 I couldn’t resist the salt and pepper containers in the same series. 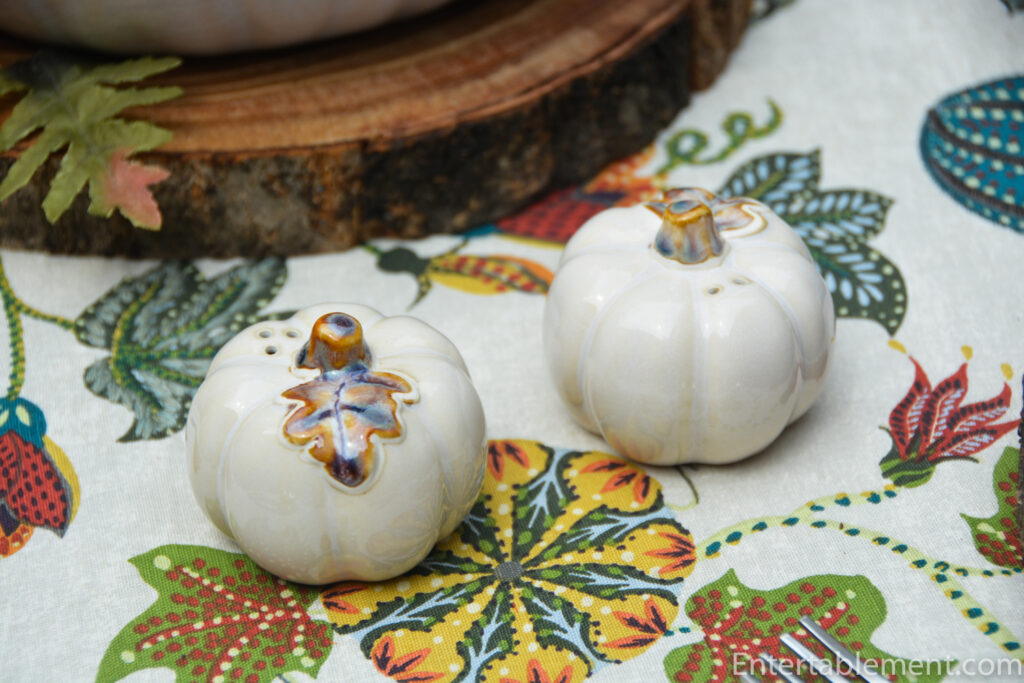 Then Pottery Barn offered this embroidered pumpkin and leaf “table throw”, which would have been called a square tablecloth back in the day, but times change, apparently! 🙂 Perhaps others also failed to get the memo because I picked it up at the end of the season for a song. Doesn’t it make a cheerful backdrop to this otherwise quite simple table setting? 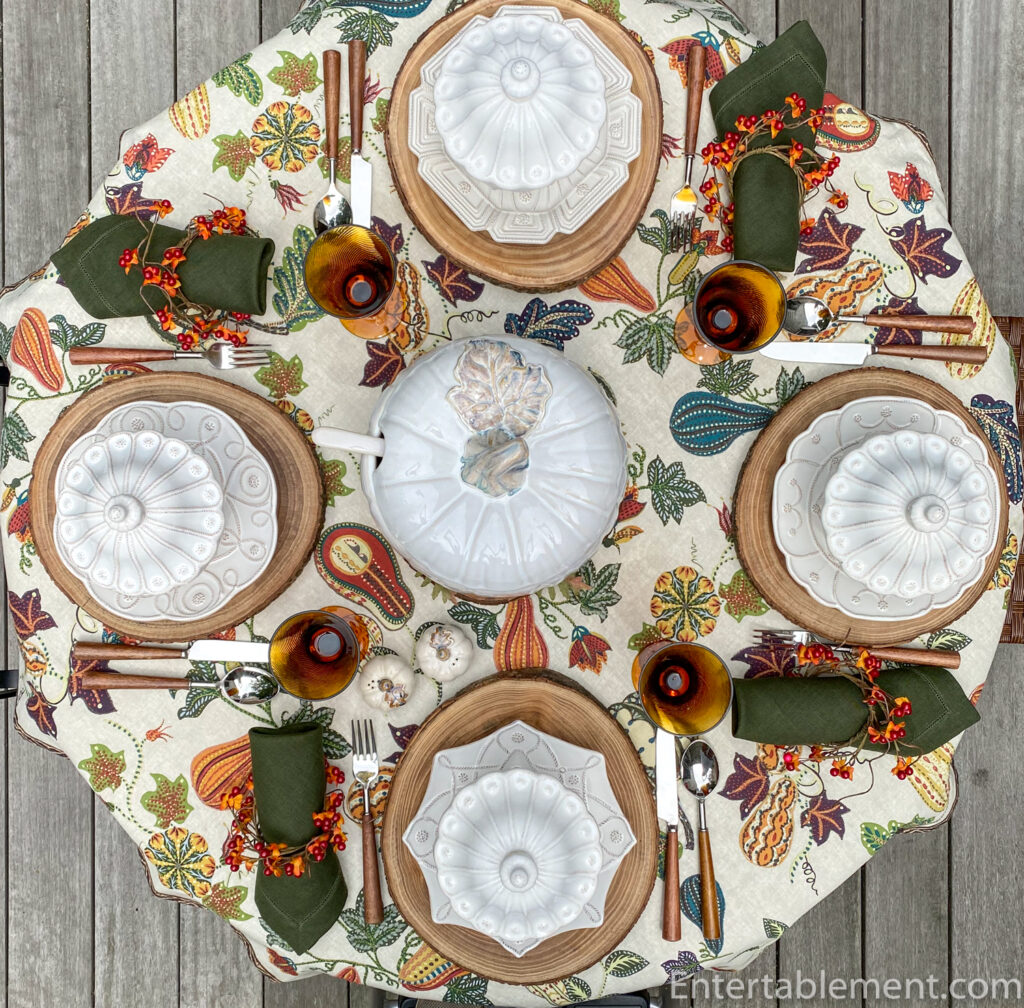 With its myriad colours from which to choose, I went with bittersweet napkin rings (actually candle rings) from Save-on-Crafts and plain Forest linen napkins from Sferra. 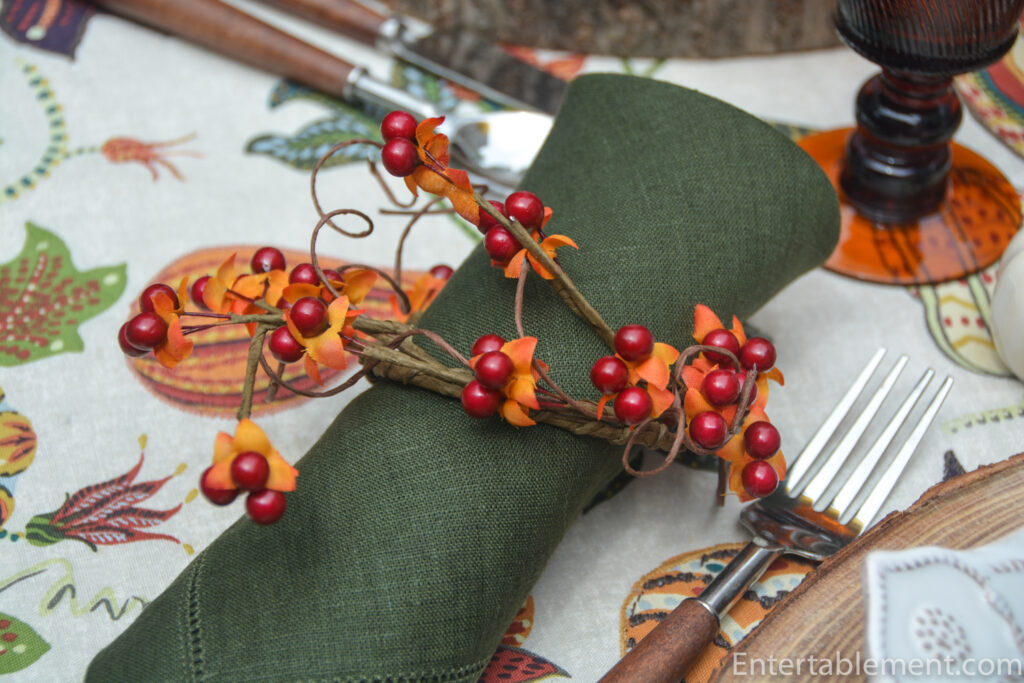 It almost reconciles you to the approach of winter, doesn’t it? 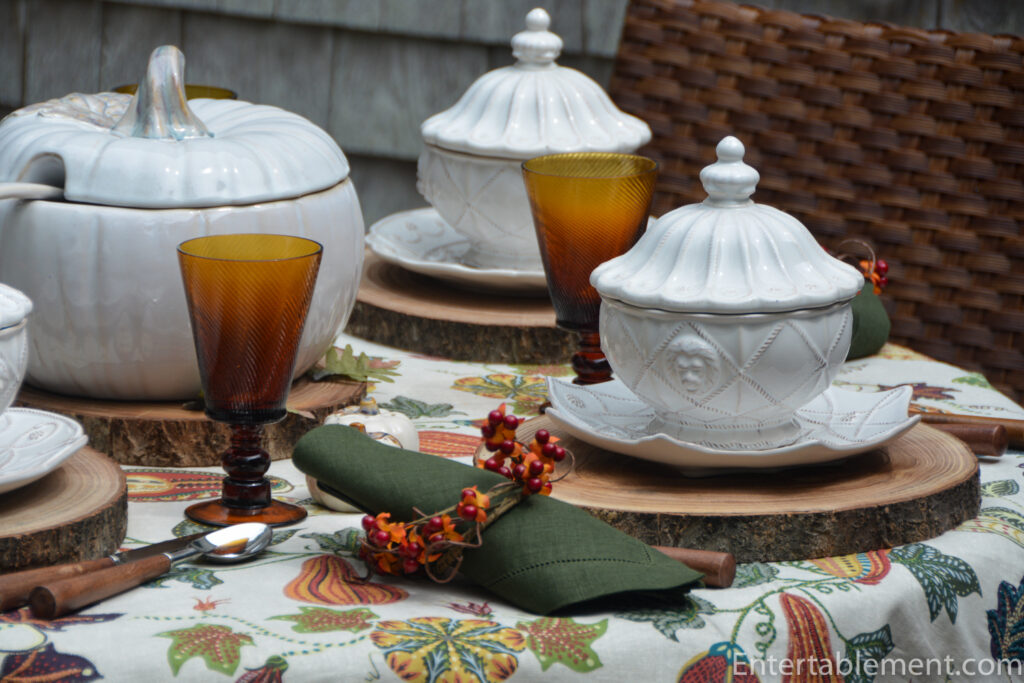 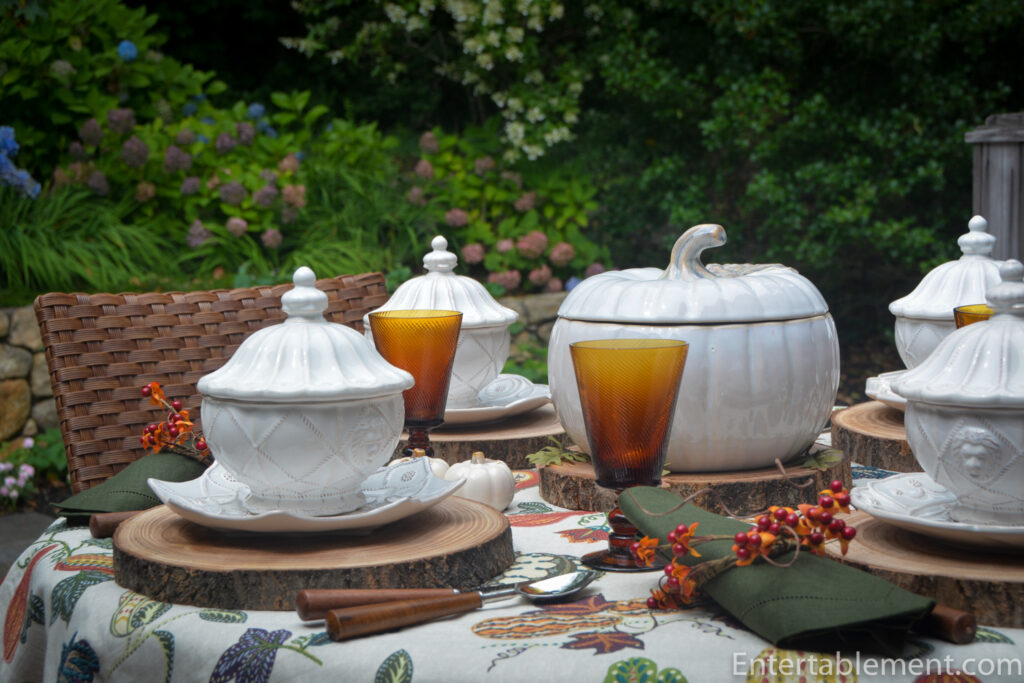 Oh – and my much-used twisted Amber goblets from Williams Sonoma many moons ago.

My thoughts and sympathies are with anyone involved in back-to-school preparations—it’s always a bit fraught. Calming new-school-year jitters, tracking down elusive items from irritatingly last-minute lists of school supplies demanded by frazzled teachers… It all settles down in a couple of weeks, but it’s a lot to negotiate at the time. Good luck to everyone, kids and parents alike.