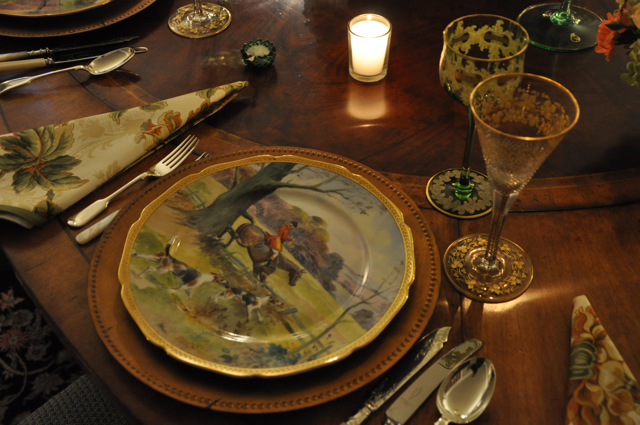 Although The Hunt has largely gone out of fashion, to the relief of foxes everywhere, it has left a legacy of very beautiful fall-themed tableware originally used at Hunt Balls, Hunt Breakfasts, and the like. 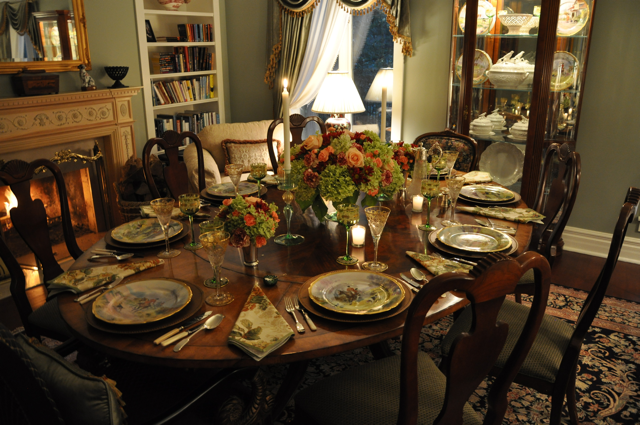 I found these hand-painted service plates a number of years ago, and recently used them for a Ballgown dinner. Service plates are mostly decorative, designed to delight the eye and greet the guest when they are seated, rather than actually hold food.

They can serve as the foundation plate for the first course, whether it be in a cream soup cup & saucer, a soup plate or a salad plate. Once that course is consumed, the service plate is usually removed along with the first course items. These hunt plates coordinate nicely with a modern set I have, Forsyth by Royal Doulton. 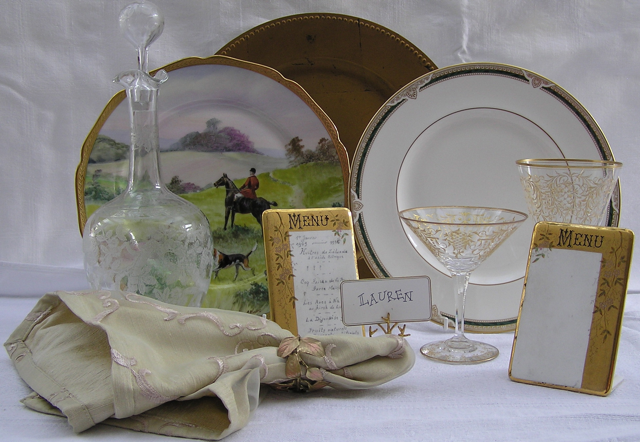 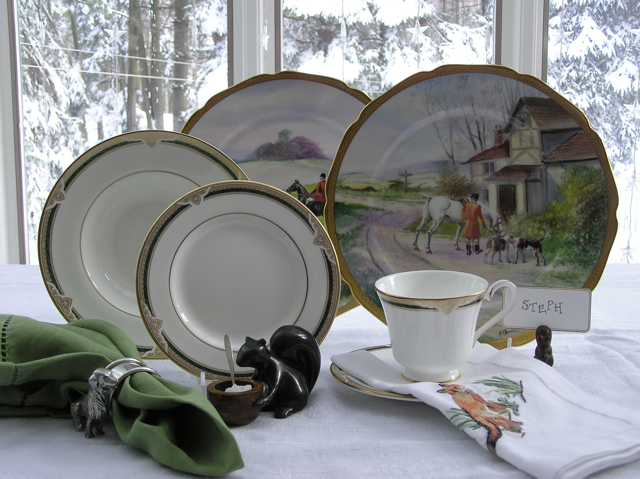 It’s been tremendous fun to collect the supporting cast, such as the embroidered napkins featuring foxes, rabbits and other woodland creatures, the etched decanters with a leaf pattern, and the menu cards. The napkin ring with a golden retriever belongs to my youngest daughter, Lauren, and over the years it has made an appearance at many meals, regardless of theme!  Flexibility is everything, after all…

Antique sets are still to be had, such these from Elise Abrams Antiques. There are also several modern patterns with a sporting dog or hunt theme, such as Spode’s Woodland Hunting Dogs, Wedgwood’s Hunting Scene.