Chicken Pot Pie – With A Twist 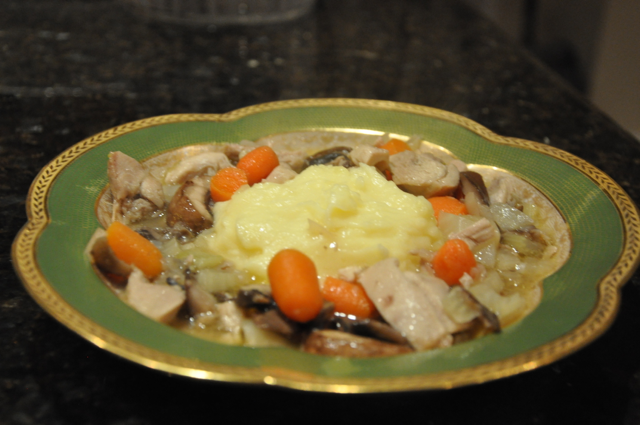 Last Sunday we had the family around for dinner. The weather was “brisk” to put it kindly, so I wanted to serve something comforting, which could be prepared in advance. Turning to the Fine Cooking website, I came across this modified version of  a classic, Chicken Pot Pie with Fennel and Muschrooms in a Potato Bowl, and decided to modify it still further.

Discarding the notion of piping mashed potatoes into an artistic bowl, I decided instead to serve a scoop of mashed potatoes in the centre of a soup plate, and surround it with the filling for the chicken pot pie. It was a hit – barely a morsel survived as leftovers for the next day, in spite of doubling the recipe. 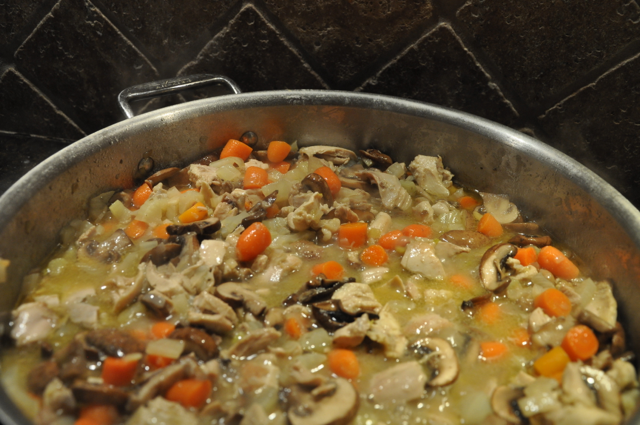