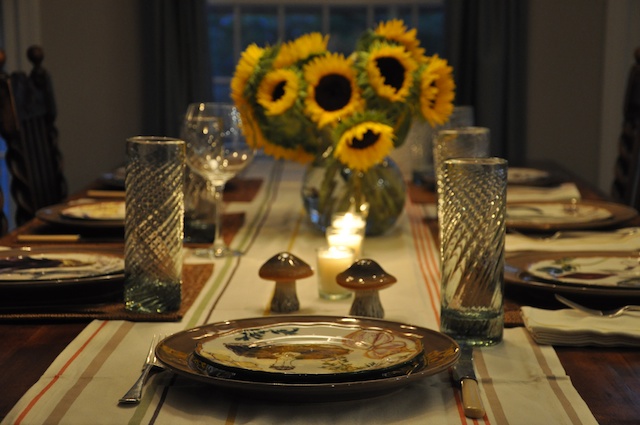 The remainder of the family was flying in late that evening, and with their arrival, our numbers would swell to 10 adults and three little ones, two and under.  All the foodies in the house eagerly put their heads together to come up with a menu for dinner that  would be delectable when the six incumbents sat down to dinner, and would also be a welcoming buffet for latecomers, or on the beach as leftovers the following day. 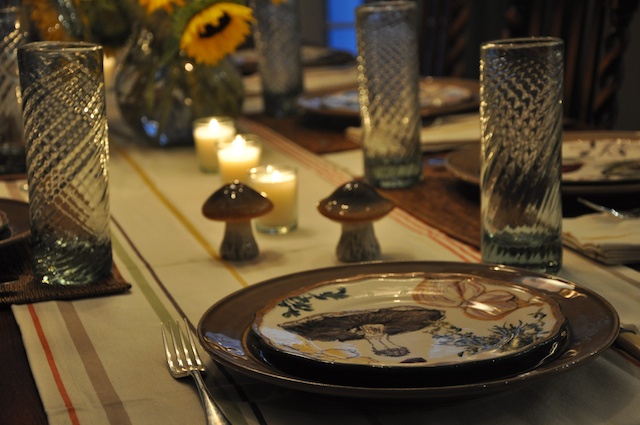 Torrential thunderstorms drove us inside to dine, and we decided on a late-summer theme in earthy colours.  French Market Scallop Salad plates and Rustic Stripe Napkins & Runner from Williams-Sonoma were a cheerful and seasonal combination.  Cambria dinner plates in Mushroom and recycled glass tumblers & water jug from Pottery Barn continued the theme. 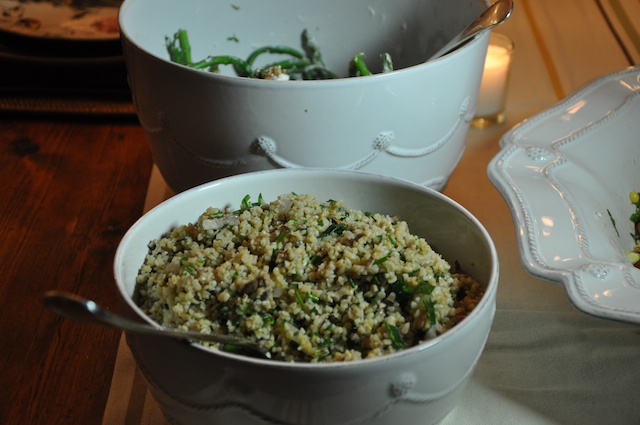 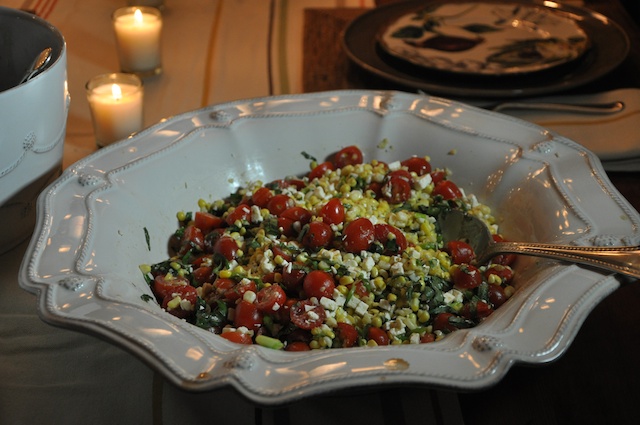 We settled on beef tenderloin, roasted on the BBQ, with three sides: Lisa’s Bulgar salad, Williams-Sonoma’s Pan-Roasted Corn Salad with Tomatoes and Feta, and Fine Cooking’s Haricots Verts with Toasted Walnuts and Chèvre adapted for the beautiful, very thin asparagus we had purchased earlier that day.  The corn & tomato salad disappeared almost immediately, so we made it again the next day in much greater quantities! 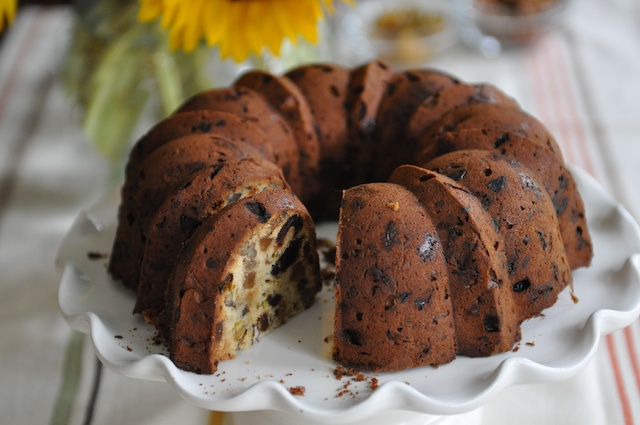 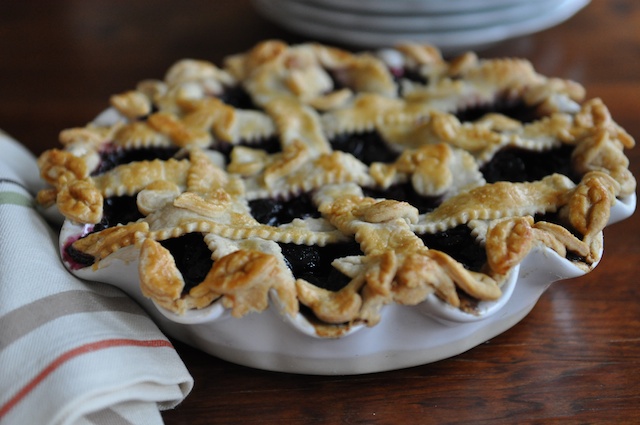